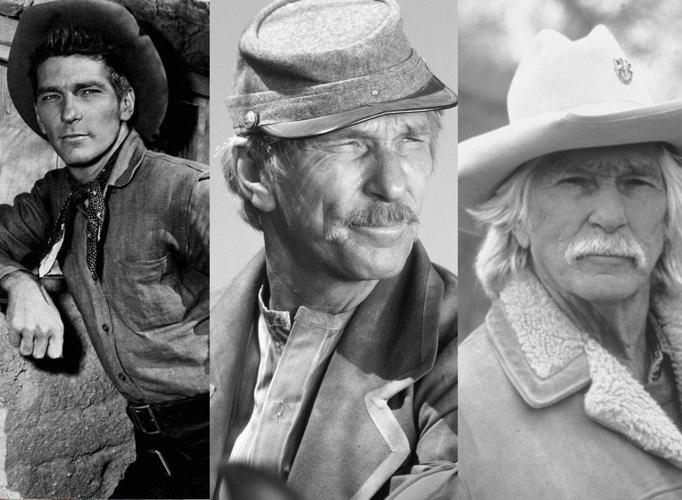 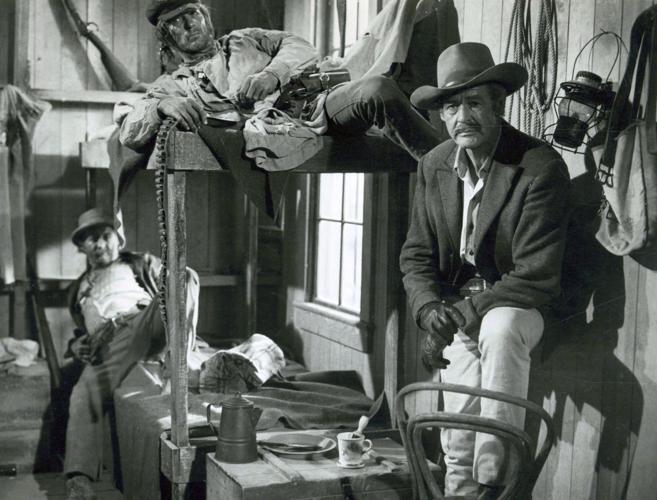 Strother Martin, L.Q. Jones (top bunk) and Robert Ryan in a scene from "The Wild Bunch." Jones will take part in a Q&A Monday during a screening of the film in Los Angeles. 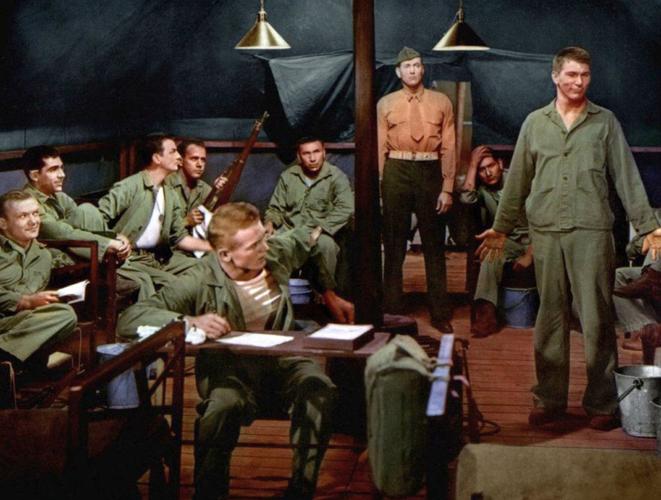 Strother Martin, L.Q. Jones (top bunk) and Robert Ryan in a scene from "The Wild Bunch." Jones will take part in a Q&A Monday during a screening of the film in Los Angeles.

For more than 50 years, L.Q. Jones was a familiar supporting character actor in some 100 films and hundreds more television shows. Lanky, tough and athletic, Jones could tackle any role although was often cast as the "heavy" in westerns and dramas, projecting the "bad guy" image with merely a sinister smirk or a menacing twinkle in the eye.

But on Monday, when Jones hosts a movie event in Los Angeles celebrating his 90th birthday (which was Saturday), the only evil lurking in the veteran actor will be his "wicked" sense of humor. Consider, for instance, his home answering machine message: “I’m around somewhere, probably just counting my money. When I get through, if I’m not too tired, I’ll return your call.”

“I’m hosting a showing of 'The Wild Bunch' at Grauman's (now the TCL) Chinese Theatre — I was in it!” said Jones from his home in L.A.. “I’ll be doing a Q&A, so I better try and stay alert.”

Born and raised in Texas as Justus McQueen, relatives took care of the young boy after his mother was killed in a car accident.

“I was born in Beaumont, although they may try to disclaim me, but it’s too late now!” he said. “We moved around quite a bit, to Houston to Dallas to Oklahoma City, back to Beaumont, and finally Port Neches. I had a horse by the time I was 8 or 9, and grew up around tough rodeo people — my uncle was into roping — so westerns were easy and fun."

In college, at the University of Texas at Austin, his roommate for over a year was Fess Parker. While the future "Daniel Boone" actor moved west to Hollywood, McQueen headed south and took up ranching in Nicaragua. When Parker sent his buddy a copy of Leon Uris’ war novel “Battle Cry,” about to be filmed, McQueen thought one character could be his ticket to Hollywood.

“Fess encouraged me to come out and drew me a map on the back of a laundry shirt stuffing showing how to get to the studio. Within two days of arriving, I had the part of L.Q. Jones in ‘Battle Cry’ and probably would never have been in the business had it not been for Fess."

Despite lacking Hollywood experience, McQueen had worked some comedy acts during college to help pay the bills, so he took to playing the comic relief character in the 1955 war drama to like a veteran. Adopting his screen character’s name as his own, the lad from Texas quickly settled into Hollywood

Jones was cast in Sam Peckinpah’s “The Wild Bunch,” having become a favorite among the director’s casting repertoire. “Sam was a genius and I loved him, but he was a basket case. He drove everybody nuts.”

That was evident during the production of “Major Dundee” with Charlton Heston.

“Heston was using a real saber for one scene. Sam made him so mad, Chuck came within an eyelash of cutting Sam in two — and it scared Chuck because he damn near did it. Sam found a way to get under your skin to get what he wanted out of you.”

While Jones calls “The Wild Bunch” a “hell of a movie,” he says Peckinpah’s “Ride the High Country was the best Sam ever made, just gorgeous to watch, although I cry like a baby at the ending.” Jones is a member of a ruthless family that tackles Joel McCrea and Randolph Scott as they attempt to rescue Mariette Hartley.

“Joel was the best human being I ever met and Randy wasn’t far behind him, so the two of them together makes one of the best Saturday afternoon westerns you could ever sit and watch over a bowl of popcorn.”

While he had a few lead film roles, Jones says he enjoyed his supporting roles and went after every job he could. But there was one he missed.

“I was at my agent’s one day and the phone rang. It was Stanley Kubrick offering a part in 'Dr. Strangelove.' Well, I would have walked barefoot across the state to work with him, but when he was ready to shoot I was tied up with another picture. The role (of Major 'King' Kong) went to Slim Pickens. But thank goodness it did, could you imagine anyone else in that part?”

Jones appeared in movies with countless fellow character actors, not to mention big stars such as James Coburn, Audie Murphy, Steve McQueen, Clint Eastwood and Glenn Ford. He even appeared in three Elvis films. But his first role in “Battle Cry” provided a valuable lesson.

“I had a hundred 'directors' — lighting, sound, wardrobe people, all the crew helping out a rookie actor and everyone helping each other. You learn from them, work your butt off, and with a little luck have a successful career. I suppose I could have worked my way up the acting food chain, but character work was very rewarding and great fun. I loved playing the heavies because I could do what I wanted and got to work with the best in the business, so I consider myself very lucky.”

Nick Thomas teaches at Auburn University at Montgomery, Alabama, and has written features, columns and interviews for more than 650 newspapers and magazines. Read more at tinseltowntalks.com.

What: Screening and Q&A with actor L.Q. Jones