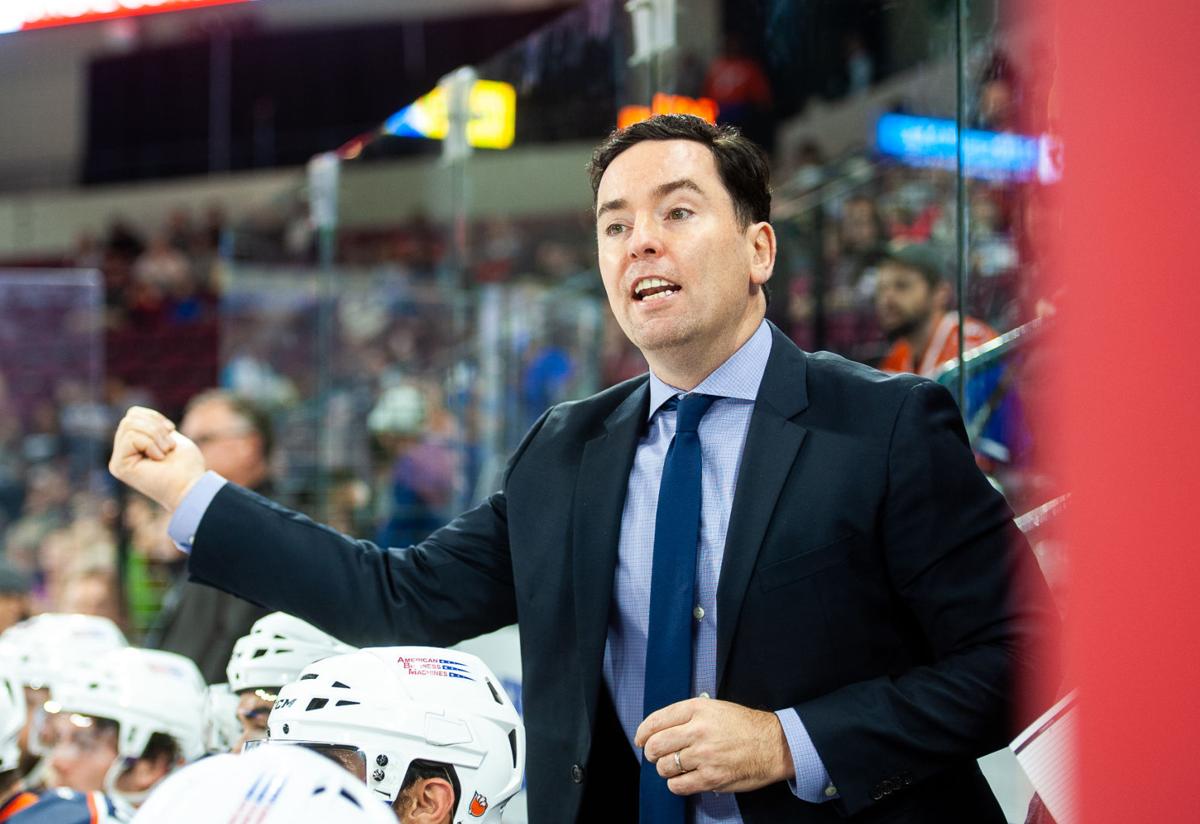 Jay Woodcroft has signed a three-year extension to be head coach of the Bakersfield Condors. 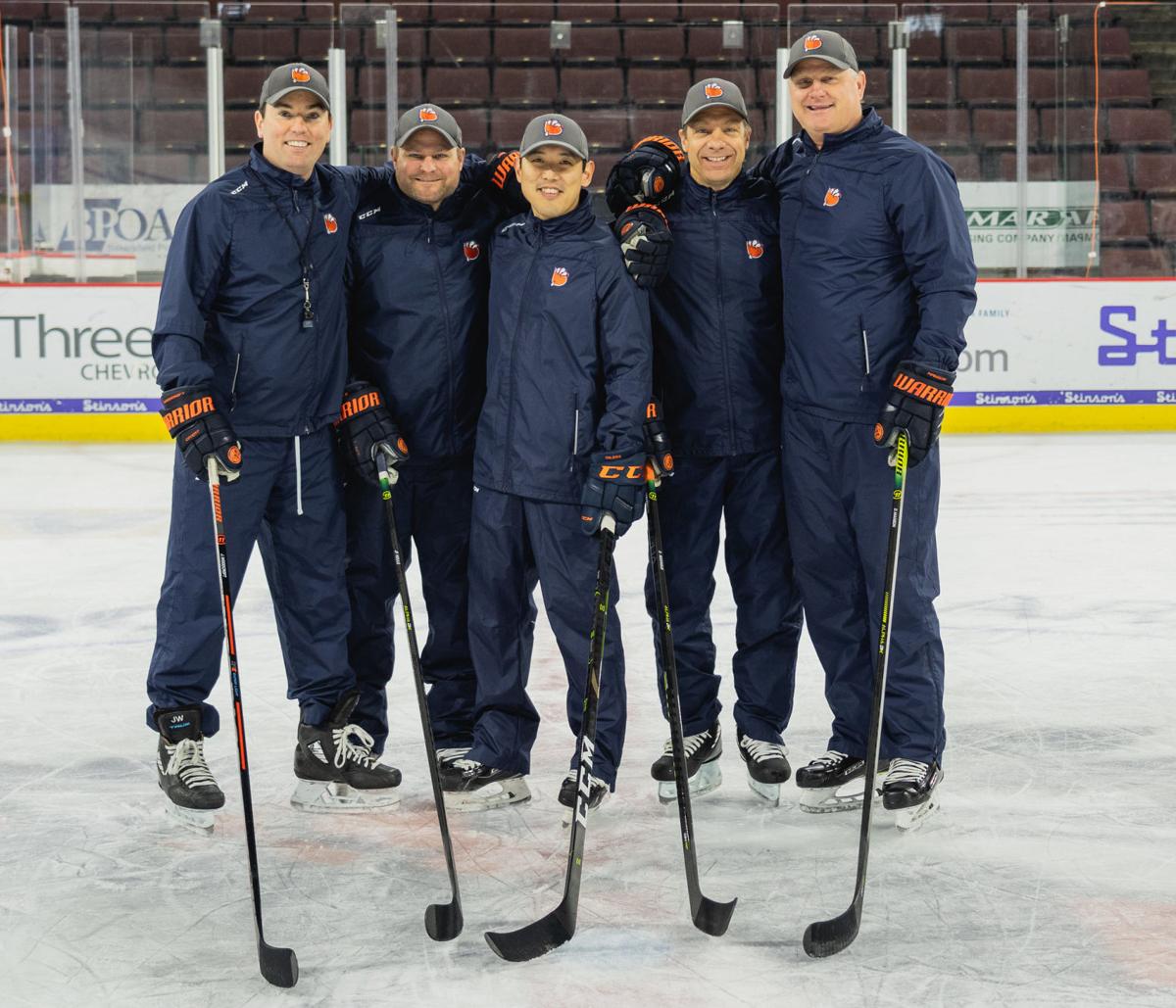 Jay Woodcroft has signed a three-year extension to be head coach of the Bakersfield Condors.

His ultimate goal is to become a head coach at the National Hockey League level and Jay Woodcroft believes the best path to reach that destination is to pick up where he left off this past season: as head coach of the Bakersfield Condors.

“I really enjoy being part of the Edmonton Oilers organization,” Woodcroft, 42, said Wednesday after it was announced he signed a three-year extension with Edmonton to remain as head coach of the Condors. “For me, the work we did last season was purposeful, it put a bounce in my step. I really enjoyed being a head coach.”

Woodcroft spent 13 years as an assistant in the NHL before taking his first head coaching job at any level last season. He led the Condors to the Western Conference regular-season title (42-21-3-2) and the team’s first-ever Calder Cup playoff appearance at the AHL level, eventually falling to San Diego in the Western Conference semifinals.

“I really enjoyed my first season, in part because of how special this group was,” Woodcroft said. “I felt continuing to do this job in Bakersfield, not only for my own personal growth and development, but to build on what we started here, is something I wanted to be a part of.

“This past season was about laying a foundation, setting a standard, establishing a work ethic and having the mindset to do the best you can every day. That takes a lot of hard work. We challenged our players to put in a good summer (of work) and understand to get farther will require even more.”

Woodcroft will have his entire staff back when that work starts anew in training camp.

“One of the things I really enjoy about the organization is the people you get to work with,” he said. “Dave Manson brings a wealth of experience and was great for our young defensemen. J.F. Houle has been entrenched in the Bakersfield community (since the 2014-15 season) and his experience at the AHL level was invaluable to us. And bringing in Sylvain Rodrigue to work fulltime with our goaltenders made a big difference.”

That team will be directing a good number of returning players, as well as some top incoming prospects, under the watchful eye of Edmonton Oilers assistant general manager Keith Gretzky, who will also serve as general manager of the Condors.

“Keith and I have a really good relationship,” Woodcroft said. “He’s well thought of and well respected in hockey and has a history in Bakersfield (he was head coach of the predecessor of the Condors, the Bakersfield Fog, for three seasons). “He has his fingers on the pulse of all the prospects in the organization.”

Some of those prospects expected to be with the Condors next season include wingers Ryan McLeod, Kirill Maksimov and Ostap Safin, and defensemen Evan Bouchard and Dmitri Samorukov.

Bouchard (8 points in 8 games) and McLeod (3 points in 5 games) both got a taste of pro hockey with the Condors during the playoffs.

There will be many holdovers as well, including veteran center Brad Malone and winger Patrick Russell, who both signed one-year deals with the Oilers on Tuesday, as well as winger Joe Gambardella, defenseman Logan Day and goaltender Shane Starrett, all who signed deals with the Oilers in May.

“I’m really excited about the players who are turning professional and the guys who are coming back,” Woodcroft said. “All of them are coming in with the mindset to make the Edmonton Oilers out of training camp. Now, not everyone makes the team. There are only 23 spots.

“We’ve proven we have great depth. We proved we have players who can go up to the NHL and contribute and if not they can come down here and continue their growth and development and we want to continue that going forward.”

The work going forward begins with a development camp right after the NHL Entry Draft on June 21-22.

“It’s more more of an introduction to the Oilers, a welcome to the program camp,” Woodcroft said.

The real work begins later in the summer with rookie camp, followed by main camp and the AHL camp.

“What we’ve done will be remembered, a standard has been set,” Woodcroft said of the 2018-19 season. “I’m a firm believer there is very little carry over from game to game, month to month and certainly season to season.

“We have to go out and reestablish what it takes to be Bakersfield Condors. Immediately. It just doesn’t magically reappear. It takes a ton of hard work.”