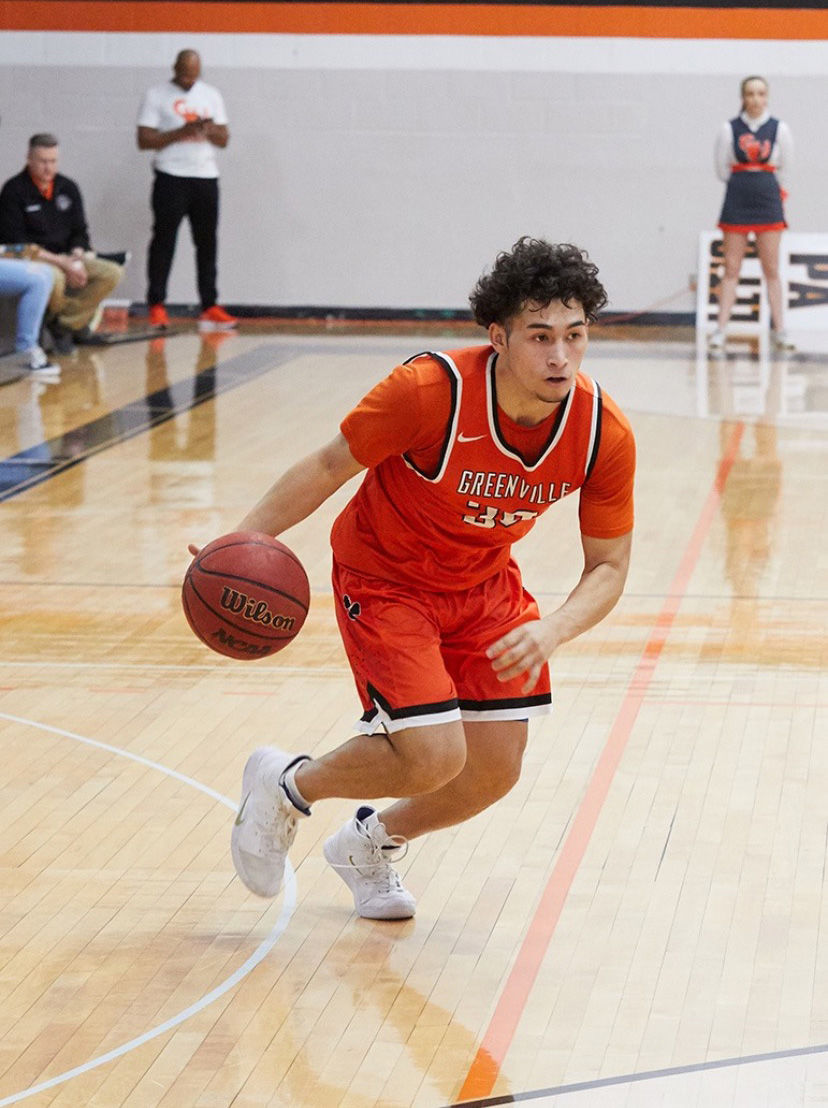 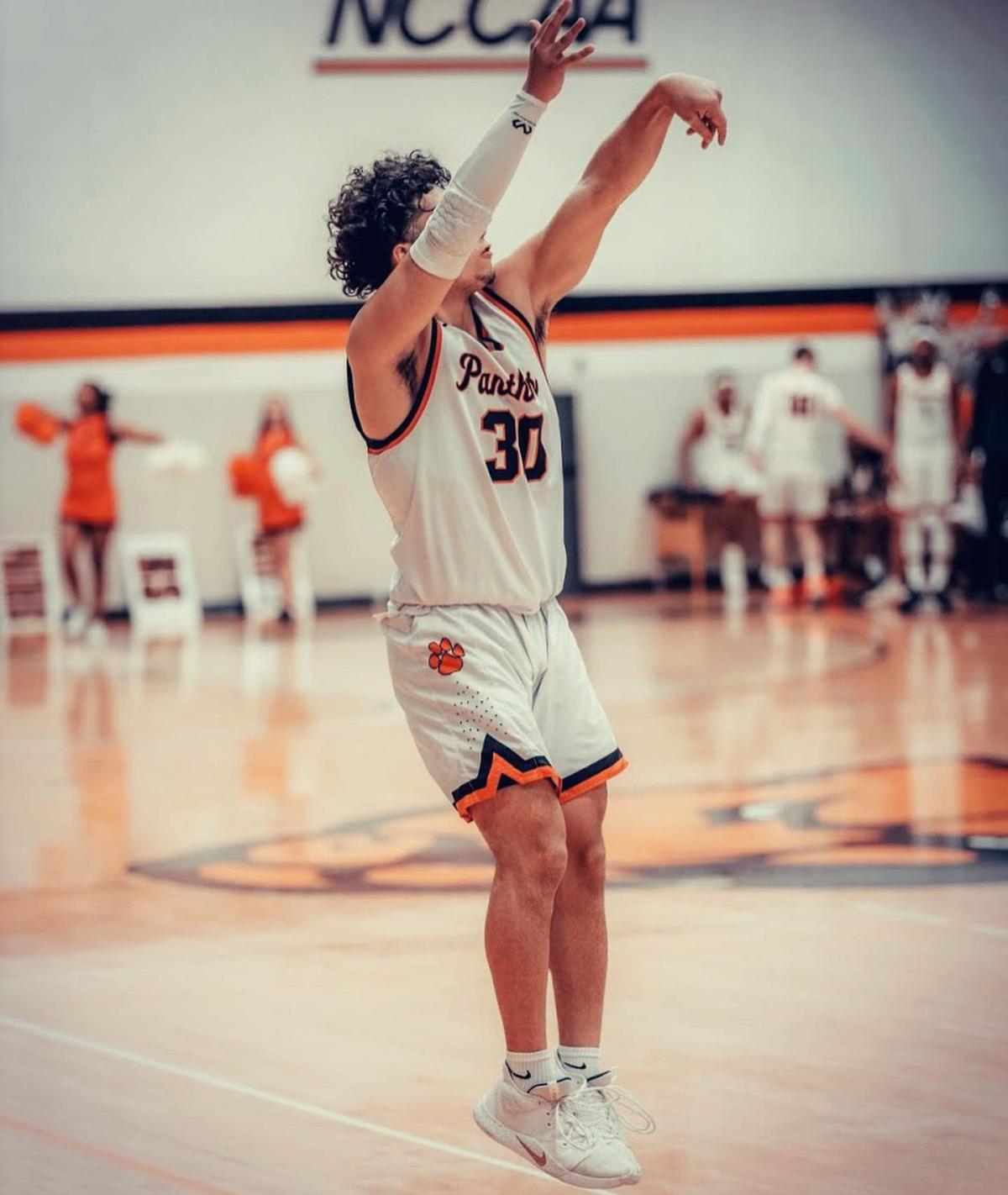 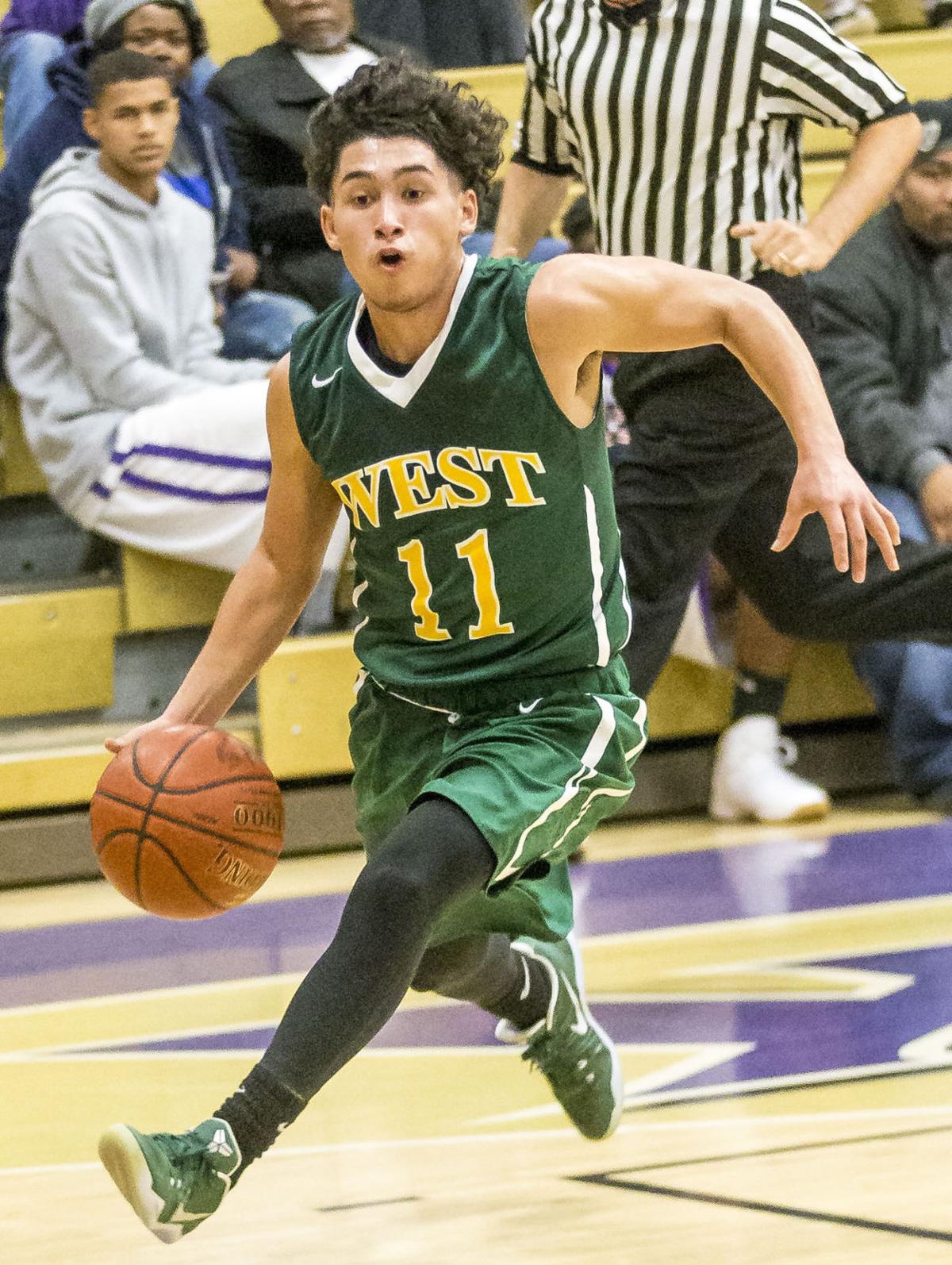 West's Austyn Contreras drives to the basket during a game against Ridgeview during his senior season in 2017.

West's Austyn Contreras drives to the basket during a game against Ridgeview during his senior season in 2017.

Talk about a perfect match.

Austyn Contreras wasn’t even alive when the run-and-gun style of play took the basketball world by storm in the mid to late ’80s. Contreras wouldn’t even be born for another decade or so.

But somewhere along the way, the former West High basketball star developed a skill set to become the prototypical player for “The System,” where the basic goal is to push the ball up the floor at a frantic pace in an effort to exhaust your opponent and essentially run them off the floor.

Possessing those characteristics is saying something, especially considering Contreras stands just 5-foot-7 — 5-foot-8 with his shoes on, he says with a chuckle.

You see, what Contreras lacks in size, he more than makes up for in quickness and determination. And, oh yeah, he can really shoot the ball — and from deep.

So after averaging 23 points per game his senior year, capping a four-year varsity career where he compiled more than 1,700 points and 150 3-pointers, Contreras landed at Greenville (Ill.) University, a NCAA Division III college that has adopted that “old school” style made famous by former Lakers head coach Paul Westhead at Loyola Marymount more than 30 years ago.

The Panthers, who scored 200 points in a game two years ago, consistently lead the country in points scored and steals. Now it’s Contreras’ turn to light up the scoreboard

“A match made in Heaven,” said Tye Hammond, a former standout player at BHS, who coached Contreras at West. “And you know that was one of the things when I first spoke to their coach and did some research on the program. Of course it’s pretty far away and that’s going to scare any kid that’s never really been away. But I tried to tell him the pros and the cons at any level that he could play at, but this situation fit him to a ‘T.’

“They like to get up and down the court, shoot the 3, they play at a very fast pace, which are all things that we also did at West High. So I think that helped prepare him for that because we played the same way. We got up and down the court. You know, I wanted him to get up as many shots as possible. That was my biggest thing. Just shoot the ball, shoot it with confidence. Your range is extended with me. If you feel comfortable with it, I feel comfortable with it.”

Truer words may have never been spoken about the sharp-shooting left-hander because he is definitely in his comfort zone.

As a junior this season, Contreras shot 42 percent from beyond the 3-point line, averaging nearly three 3’s and 11 points a game for the Panthers, despite typically playing less than half of the game as part of a 10-to-15-man rotation that contributes 132.6 points and 58.2 3-point attempts per game.

“It’s super fun,” said Contreras, who played his freshman season at Bakersfield High before transferring to West the summer before his sophomore year. “It’s run and gun, we full-court press and he has us play for 1-minute shifts and then he takes us out. But in that minute we have to go all-out. We’re full-court pressing and then we come down on offense and have to get up a shot within 12 seconds. So that’s pretty fun, if you ask me.”

Playing with Greenville’s second unit, Contreras made 11-of-15 3-pointers and scored 41 points — in just 19 minutes of play — leading the Panthers to a 164-148 victory over Fontbonne (Mo.) University.

“From a basketball perspective, Austyn has been unbelievable,” Greenville coach Dr. George Barber said. “To come in and do what he does, and to be able to do it so quickly. You need to play without a conscience in this style. You have to be willing to put the ball up. We say that if we pass you the ball from the backcourt to the front court, then we assume that you’re open enough to shoot the ball.

“So yes, you have the green light, and Austyn fits into that (very well). He shoots quickly, he shoots accurately … I really saw it last fall, I said to myself, in our system, he’s the best shooter on our team. We shoot about 200 3’s every practice and his percentage must be in the 80th or 90th percentile when you’re not guarded. He’s just really, really a great shooter.”

Making a high percentage of shots — many from several fee beyond the 3-point arc — may look effortless, but anyone that knows Contreras understands his talent doesn’t just come from natural ability. It’s the result of countless hours trying to perfect his craft.

“When I was in junior high and high school, the entire summer I would wake up really early, and I would go to the gym or the park and I would make 500 3s,” said Contreras, who attended Actis Junior High. “I would do that every day. And I would also throw in some ball-handling drills or whatever, but for the most part, I spent most of my time making 500 3s a day. Then when school was in session, I would make 200 to 300 3s a day on top of going to practice and homework and all of that. So I think that’s where I really developed my long-range shooting.

“It goes back to the eye test thing where I’m only 5-7 or 5-8. I had to compensate because of that. So I used to practice taking step-backs beyond the 3-point line until I could make them consistently and get comfortable with that, and then I’d take another step back and practice that shot. So I just got comfortable shooting from out there. Nobody is going to be willing to guard me out there, either, and if they want to, then I can always just go by and attack the rim or kick it. Being a threat from so far out compensated for my height.”

Overcoming obstacles is nothing new to Contreras, though.

He demonstrated that during two high-profile matchups against a powerful Ridgeview squad that featured Division I talents Jordan Roberts (Long Beach State) and Justin McCall (CSUB).

Trailing by as much as 25 points in the first half, Contreras caught fire, helping to get his team back into the game. The Vikings eventually lost, but Contreras finished with 46 points. He also scored 29 in an overtime loss to the Wolf Pack that season.

“It was one of his most memorable games with Austyn,” said Hammond of Contreras' 46-point outburst. “Austyn just had a fire in his eyes that night. He’s a very quiet kid, but he came into the huddle kind of screaming, getting on his teammates and then he just took the bull by the horns and willed us back into that game. We ended up losing, but he went on a 17 or 18-point run himself to get us back within single digits.

“That’s what impresses me so much about him. He’s a smaller guys — 5-7 — but here we are playing against Ridgeview and they have Justin McCall and Roberts and some other, big, long kids. And he was going to the basket like he was just as tall as those guys. He was finishing, making great plays. So he never used his size as an excuse. He never let anybody that was bigger than him … faster … stronger … get over on him. And I think that’s the most memorable, most respectful thing I have to say about Austyn.”

That undeniable talent caught the eye of another former Bakersfield standout, former Garces star Randall Jackson, who was an assistant at Greenville when the school first started recruiting Contreras during the 2016-17 season. But Barber needed a little convincing at first

Things didn’t start out well for Contreras during his first few seasons at Greenville. He struggled to transition to college life, and the school’s strict conduct policy as part of its affiliation with the Free Methodist Church made things challenging at times. He played on the school’s junior varsity team during his freshman year, and had to prove himself to Barber the following year. He didn’t play in the team’s first 15 games of the season before eventually earning a spot in the Panthers’ regular rotation.

This season, just a few weeks after celebrating his 21st birthday, Contreras was forced to sit out the team’s first four games after a Greenville volleyball coach saw him looking to buy alcohol at a liquor store. Contreras says he wound up leaving without buying anything, but the damage had already been done.

“I’ll tell you the thing that really impresses me about Austyn is, he’s very persistent,” Barber said. “He’s a really good kid. I know things can be tough at times for the students. Things like not drinking … But I think he’s learned from some of his mistakes and has always been consistent with his effort. He’s never down, he’s never discouraged, he comes into practice always upbeat and he works really hard.”

That’s something that Hammond remembers most about Contreras.

“I love that kid,” Hammond said. “I love his family. He’s a great kid, a great young man now, actually. He always put in the work on the court. All the work. You’re talking about a kid that would go home from school do some homework, and we had a late practice, and he’d put in an hour to an hour and half of shooting and drills, working out before practice. And there would still be those times when he’d be hounding me to stay after and shoot. So he was easy to coach.

“I tell people this all the time, with his skill level and work ethic alone, if he was 6-1, he would be classified easily as a Division I player. I mean basketball is a game of inches in so many aspects, and he was a guy that was highly overlooked due to his size. But he never used his size as an excuse. He was always going to outwork anybody that I ever coached, and I’ve coached some kids with some pretty good work ethic that were hungry, but Austyn worked … he knew his size, but he did things off the court that enhanced his craft on the court. And his shooting? He’s the greatest shooter that I ever coached and one of the greatest that I’ve ever seen. But he can also handle the ball and get to the basket with the best of them.”