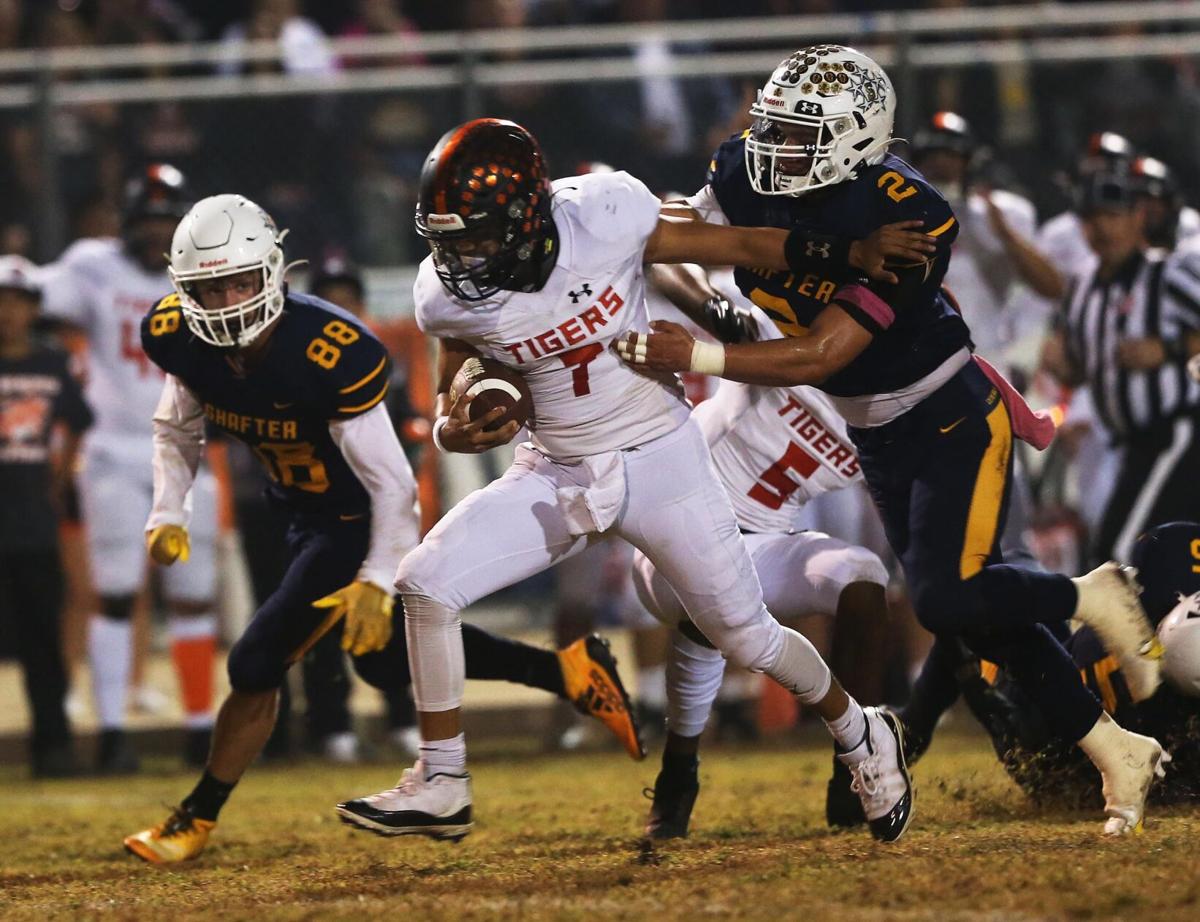 Wasco QB Jacob Ruiz breaks into the secondary as Shafter's Devon Sundgren and Elijha Lucero give chase on Friday night. 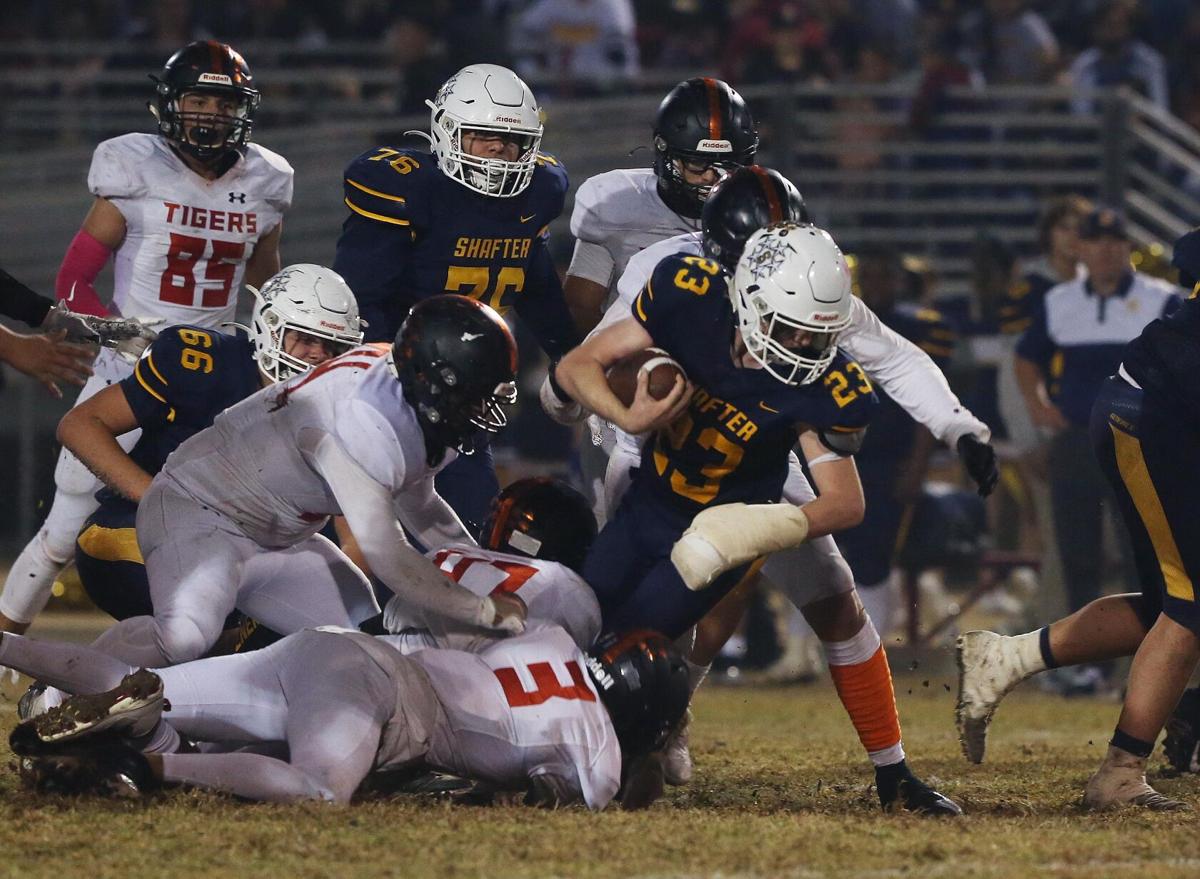 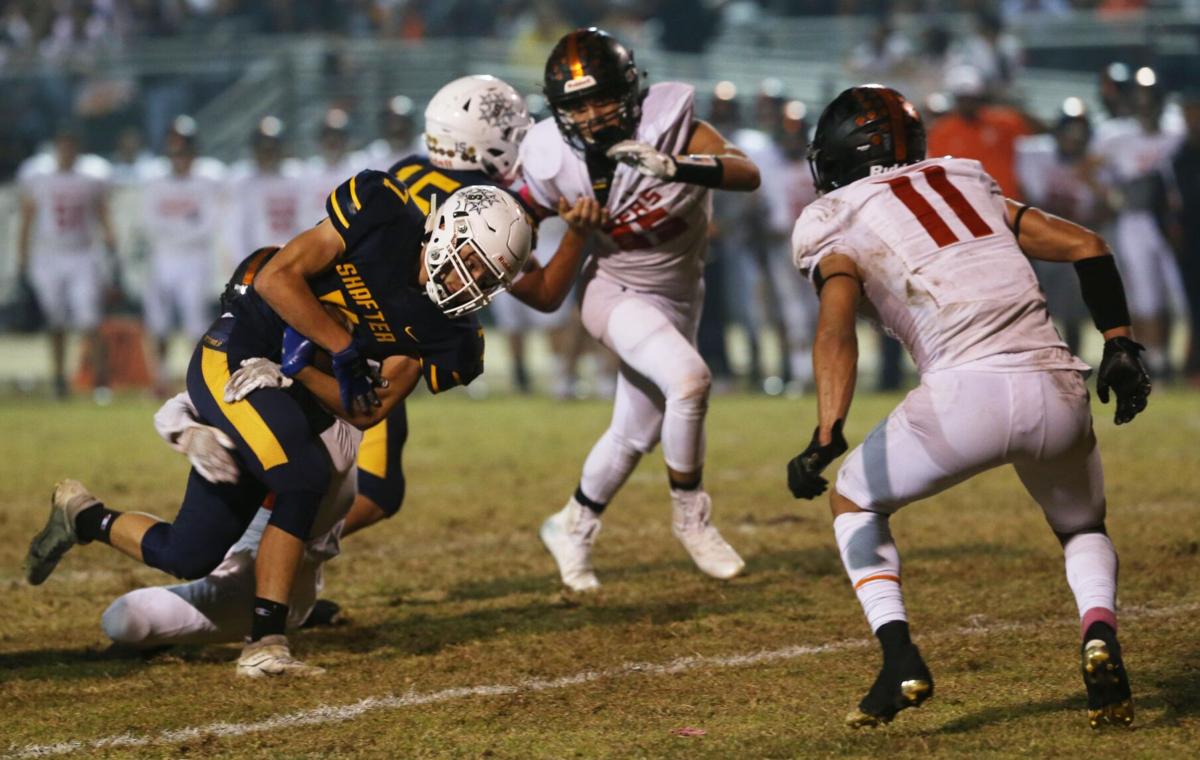 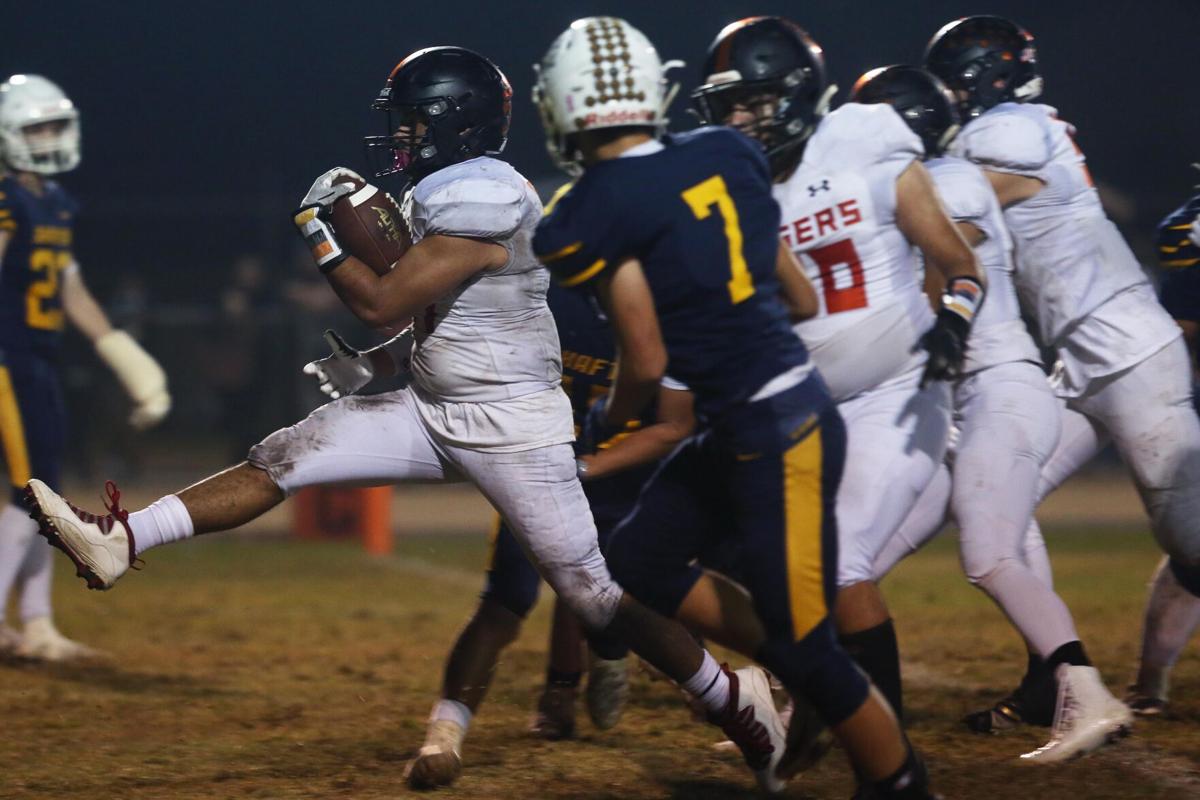 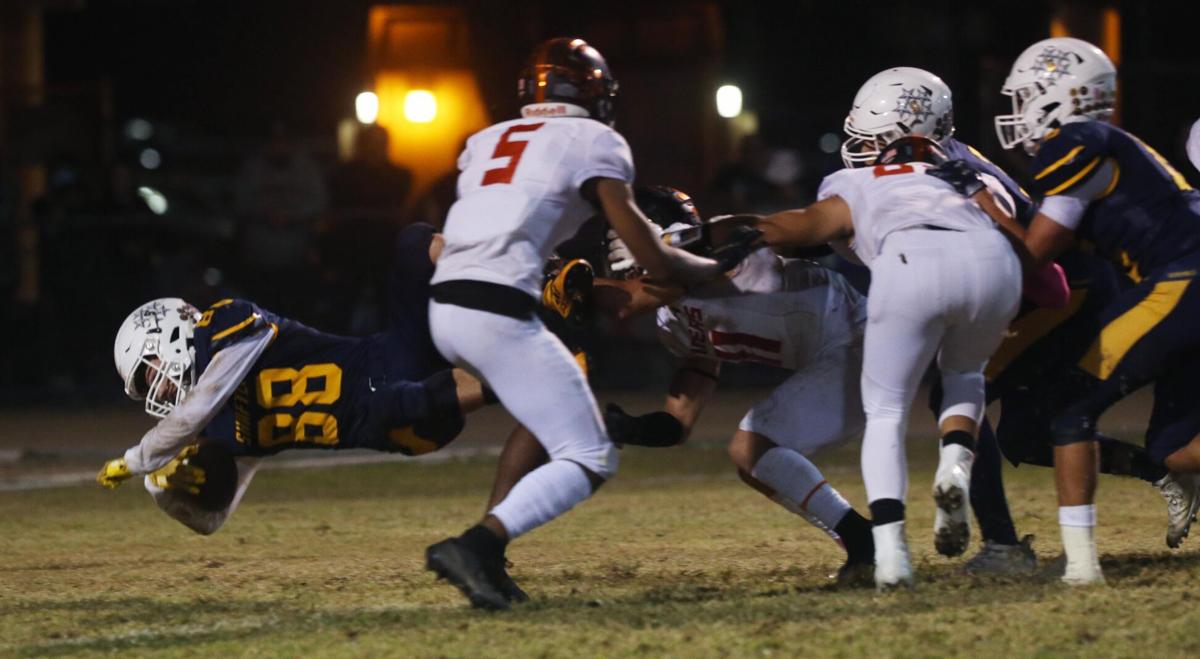 Shafter QB Devon Sundgren runs for a touchdown on a quarterback keeper against Wasco in first-half action on Friday night. 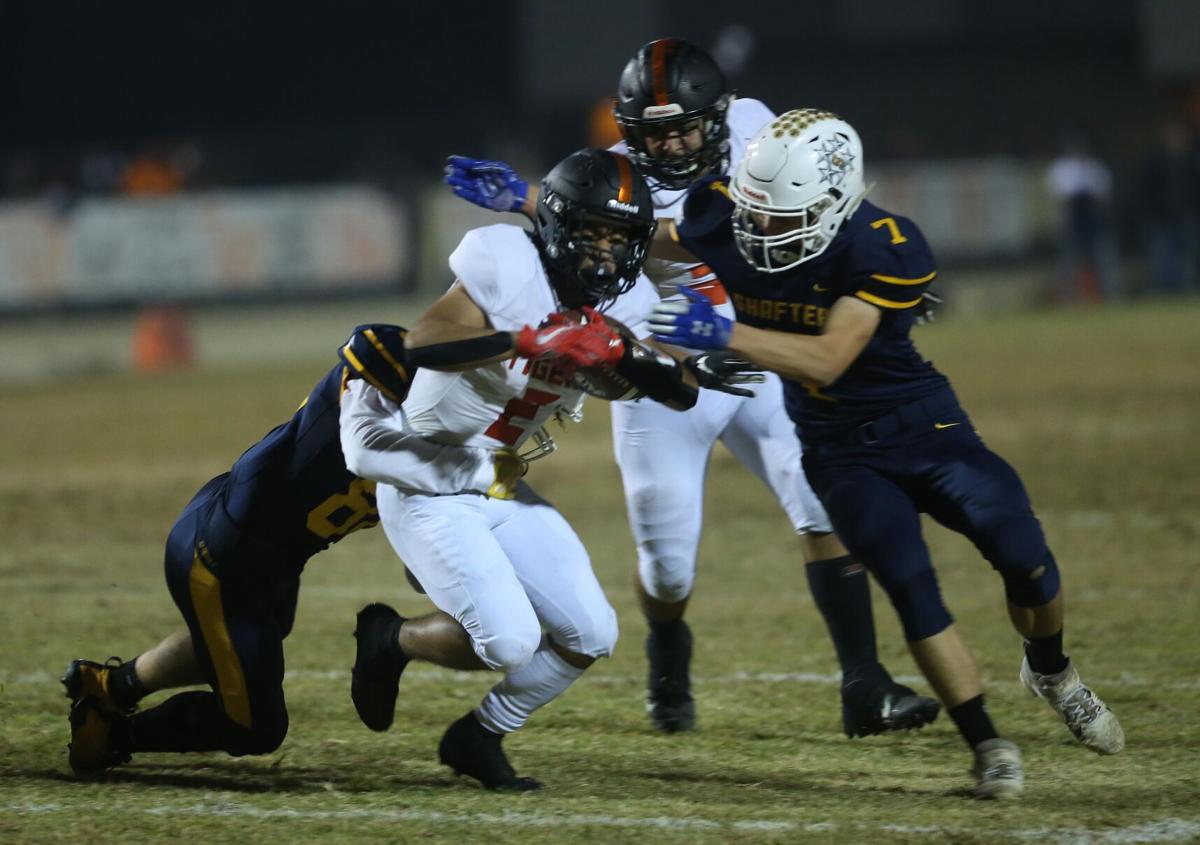 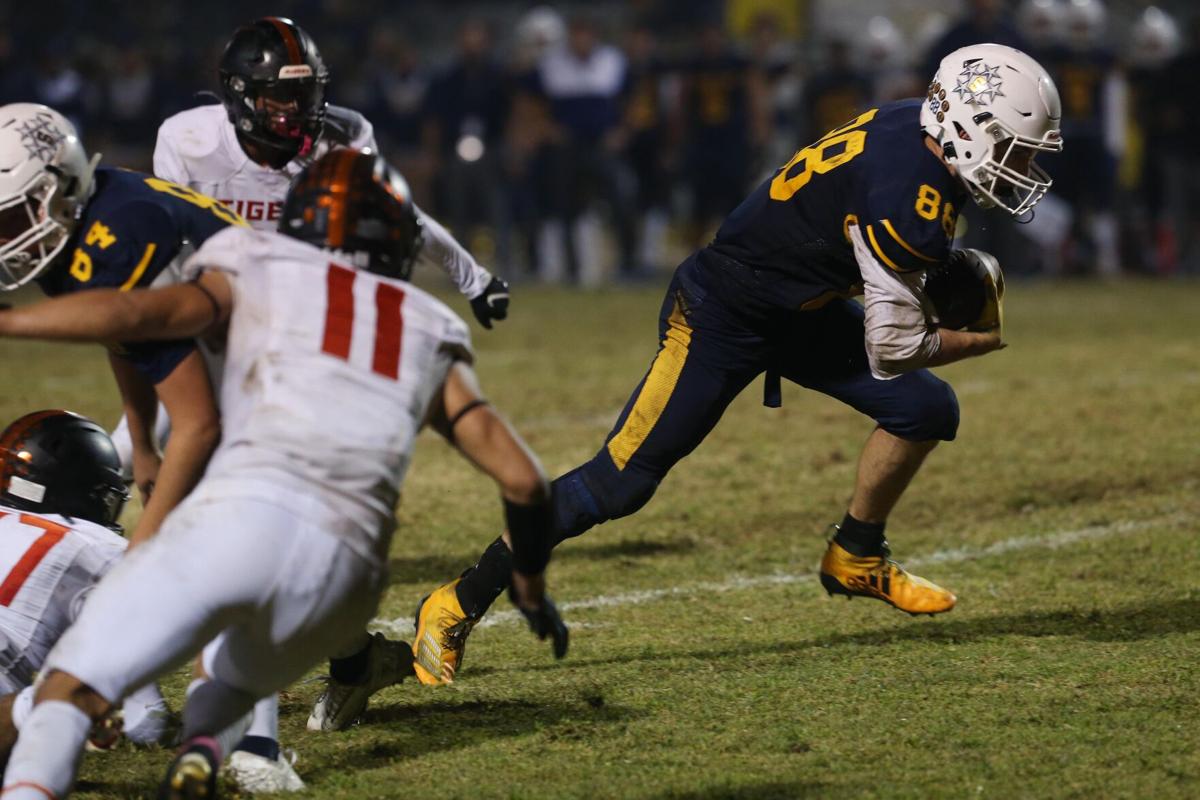 Shafter QB Devon Sundgren runs for a touch down on a quarterback keeper against Wasco in first-half action on Friday night. 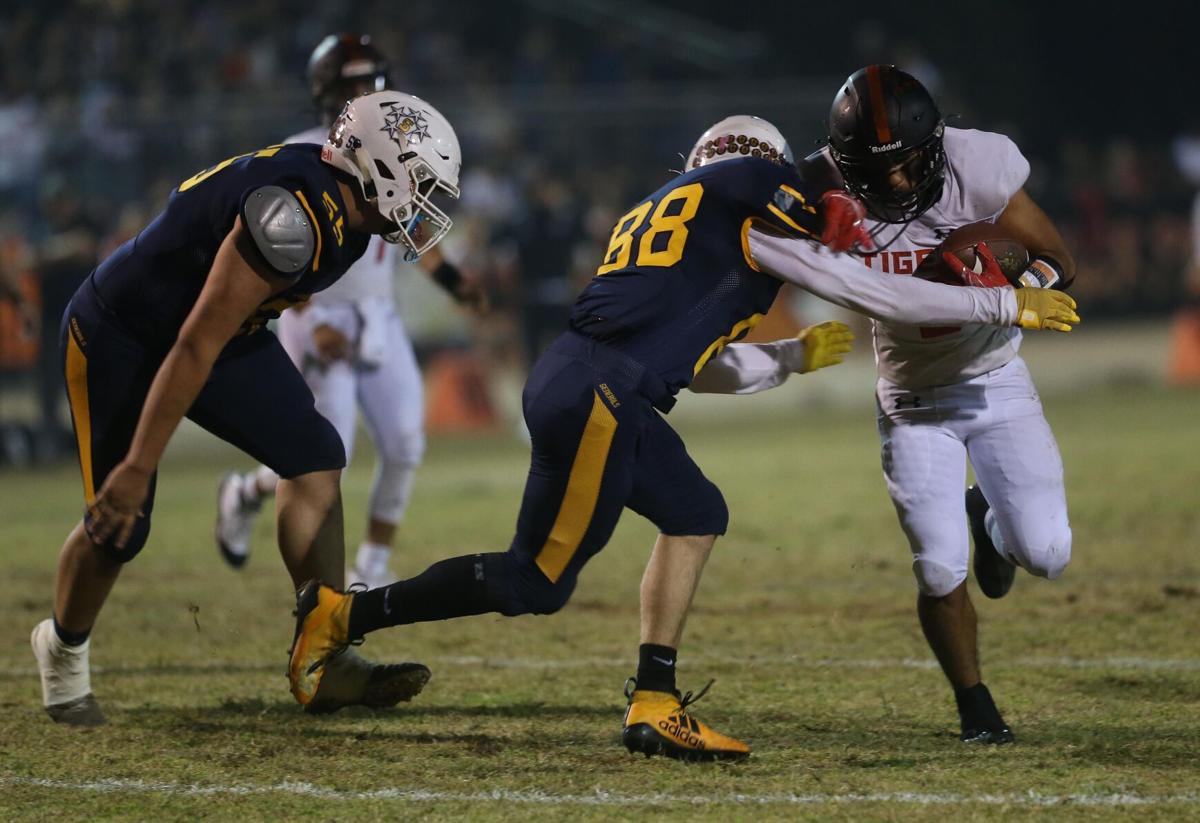 Wasco RB Omar Tovar breaks into the secondary against Shafter on Friday night. 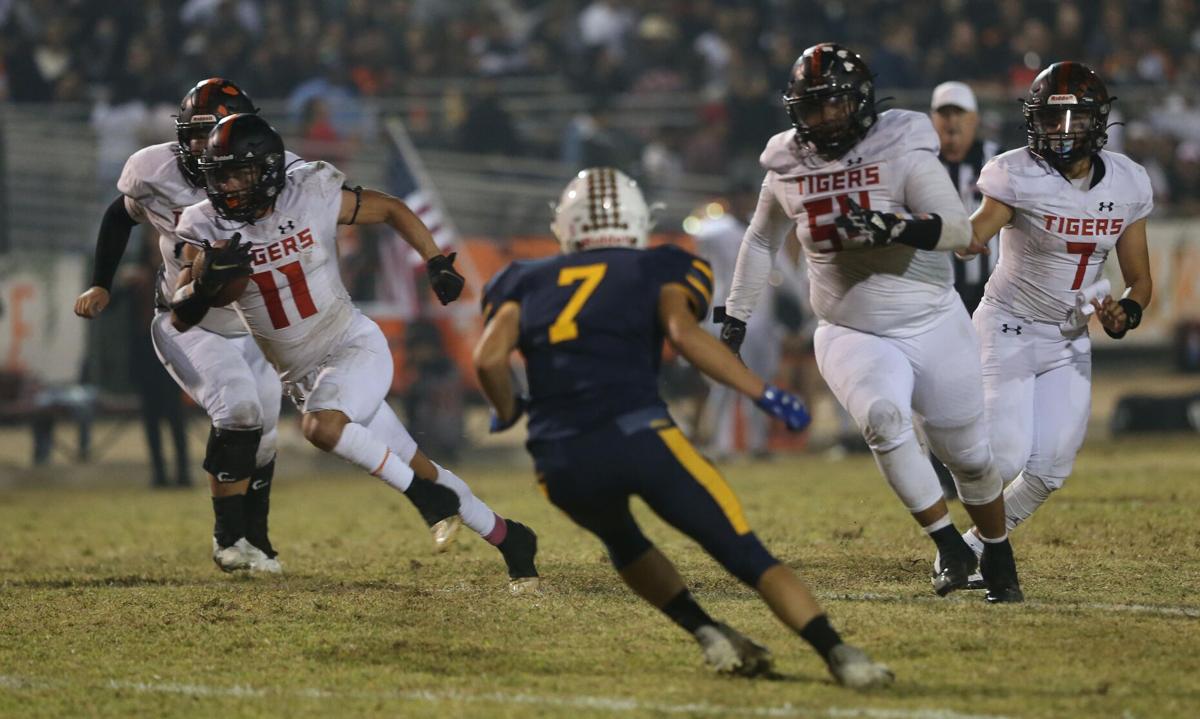 Wasco RB Azai Furguson breaks into the secondary against Shafter on Friday night.

Wasco QB Jacob Ruiz breaks into the secondary as Shafter's Devon Sundgren and Elijha Lucero give chase on Friday night.

Shafter QB Devon Sundgren runs for a touchdown on a quarterback keeper against Wasco in first-half action on Friday night.

Shafter QB Devon Sundgren runs for a touch down on a quarterback keeper against Wasco in first-half action on Friday night.

Wasco RB Omar Tovar breaks into the secondary against Shafter on Friday night.

Wasco RB Azai Furguson breaks into the secondary against Shafter on Friday night.

To say Wasco turned up the heat Friday night might be an understatement.

With their first outright South Sequoia League title since 2012 — and second in 57 years — on the line, the Tigers were relentless.

From a hurry-up, no-huddle offense and an onside kick attempt after every score to its decision to go for a two-point conversion instead of a traditional PAT and almost an outright refusal to punt on fourth and long, Wasco pressured its rival, a wounded Shafter squad, for a full 48 minutes in the 94th meeting between the two teams.

The result was a hard-fought 46-20 victory for the Tigers, completing a perfect 9-0 regular season and giving the team plenty of momentum entering next week’s Central Section playoffs. The game, a Shafter home game, was played at Centennial since the Generals' stadium is being renovated.

“It was a tough game all night,” said Wasco coach Chad Martinez, whose team was whistled for 17 penalties for 125 yards. “Shafter brought it and we dealt with some adversity all night long. We really felt like some calls didn’t go our way. There were some calls in a little bit of a gray area, but it is what it is. We can expect that with this type of game. But ultimately, we were able to keep our defense off this field.

“I credit this to a great offense and a ferocious special teams unit who kept Shafter off the field. We just kept the pressure on all night and we secured our goal, which was to beat Shafter and bring it back to Wasco.”

Wasco took control of the game early. After surviving an onside kick attempt by the Generals (5-5, 4-2) to start the game, the Tigers moved the ball 47 yards on 10 plays, capped by a 1-yard plunge by quarterback Jacob Ruiz. Alexis Girarte barreled his way over to complete a two-point conversion for an early 8-0 lead less than 3 minutes into the game.

The Tigers recovered the ensuing onside kick, the first of two successful attempts and drove the ball into Shafter territory before the drive stalled. Wasco ran 20 plays and nearly 6 minutes of clock off before the Generals had their first play from scrimmage.

After stopping Shafter on its opening drive, Wasco took possession and built its lead to 16-0 when Azai Furguson scored on a reverse from 19 yards out, and Michael Dominguez completed the two-point conversion with 3:48 left in the first half.

The Generals, who have been forced to play without starting quarterback Tyson Dozhier, who suffered a broken collarbone in a Week 2 loss, countered with a touchdown drive of its own, capped by a 3-yard scoring run by Dozhier’s replacement, talented senior Devon Sundgren.

It was the first of two scores in an otherwise quiet night for Sundgren, who was shaken up in last week’s loss to Kennedy and only carried the ball eight times for 18 yards on Friday.

The run-heavy Tigers found success through the air on their following possession, first on a 24-yard pass from Ruiz to Eli Vazquez and then with a 28-yard pass play from Ruiz to Furguson that set up a 2-yard scoring run by Ruiz to make it 24-6.

Wasco recovered another onside kick, and 10 plays later built the lead to 32-6 on a 1-yard touchdown run by Sean Sharp.

Sundgren capped an 11-play 54-yard drive just before the half with a 4-yard scoring run to make it 32-12 at the break, and Shafter scored on just two plays to open the third quarter to make it a two-score game. 133 yards rushing on 20 carries, busted loose for a 64-yard run before being tackled at the Tigers’ 5-yard line. Elijha Lucero scored on the next play.

But the Generals lost two fumbles in the third quarter, and Wasco scored two fourth-quarter touchdowns to put the game out of reach. Omar Tovar broke free for a 42-yard touchdown run and Girarte capped the scoring with an 8-yard TD with 1:03 to play.

Tovar led the way for the Tigers, who finished with 324 yards rushing as a team. Tovar had a team-high 86 yards on eight carries, one of four backs with more than 50 yards on the ground.

“It feels good,” Martinez said. “These boys put in the work, and they just really put the metal to the pedal and grinded all year. You know, this is a heck of a job. This is the second league title in the last 57 years, so it’s just really cool.”