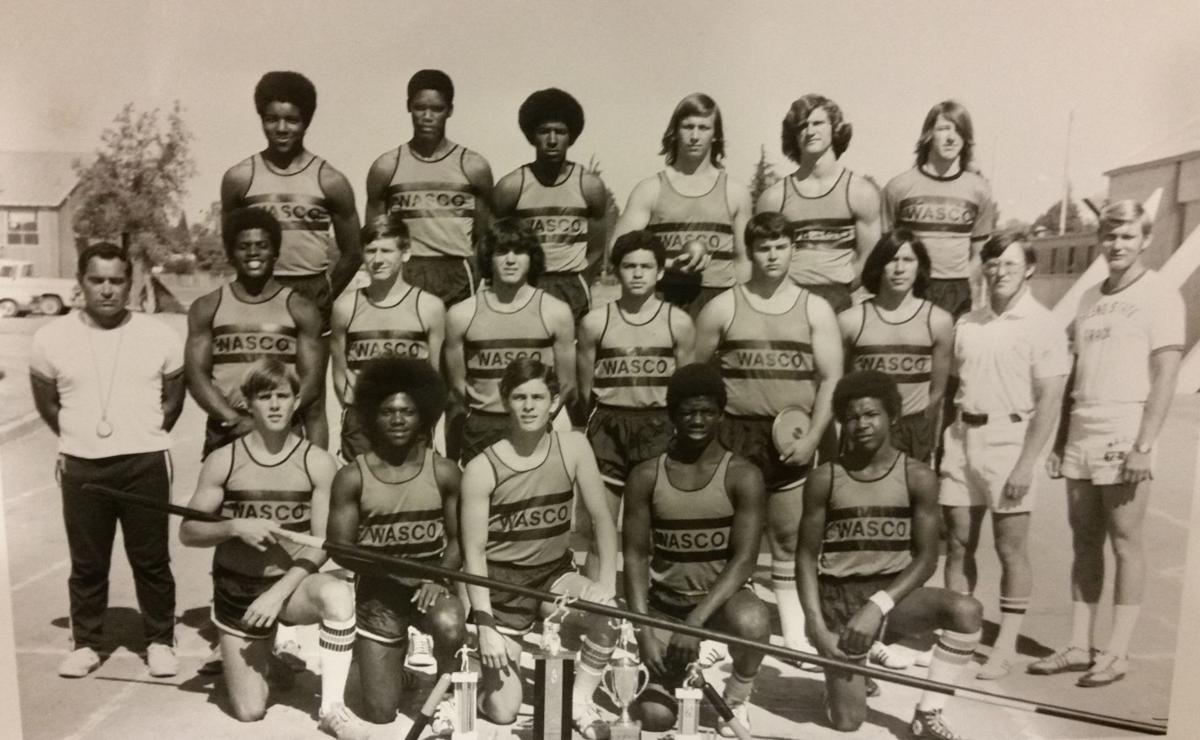 Andy Darby, far left, had a major impact on the Wasco High track and field program as head coach for many years. This photo is from the early 1970s. 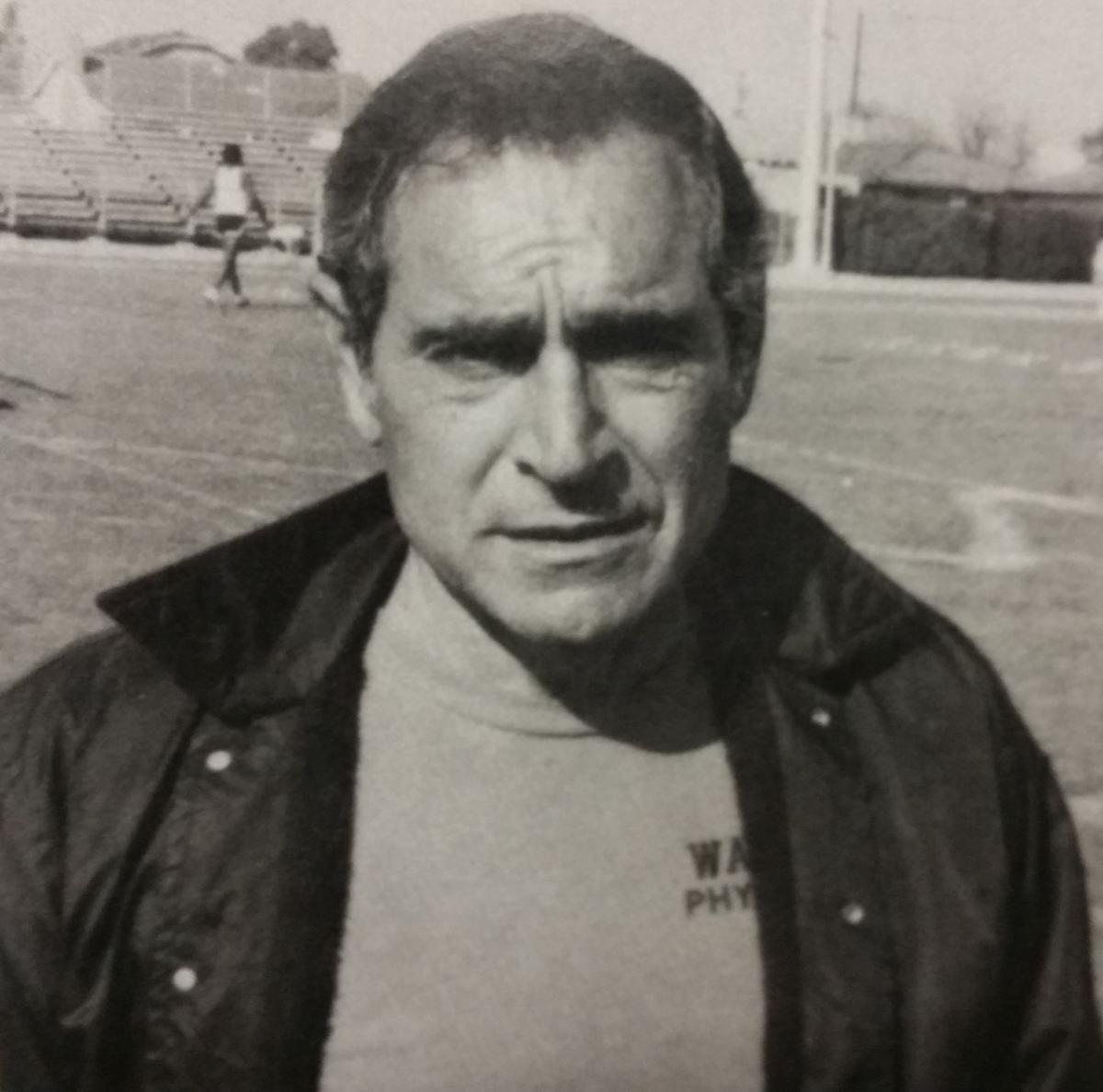 Andy Darby, circa 1980, his last year of coaching Track and Field at Wasco High. 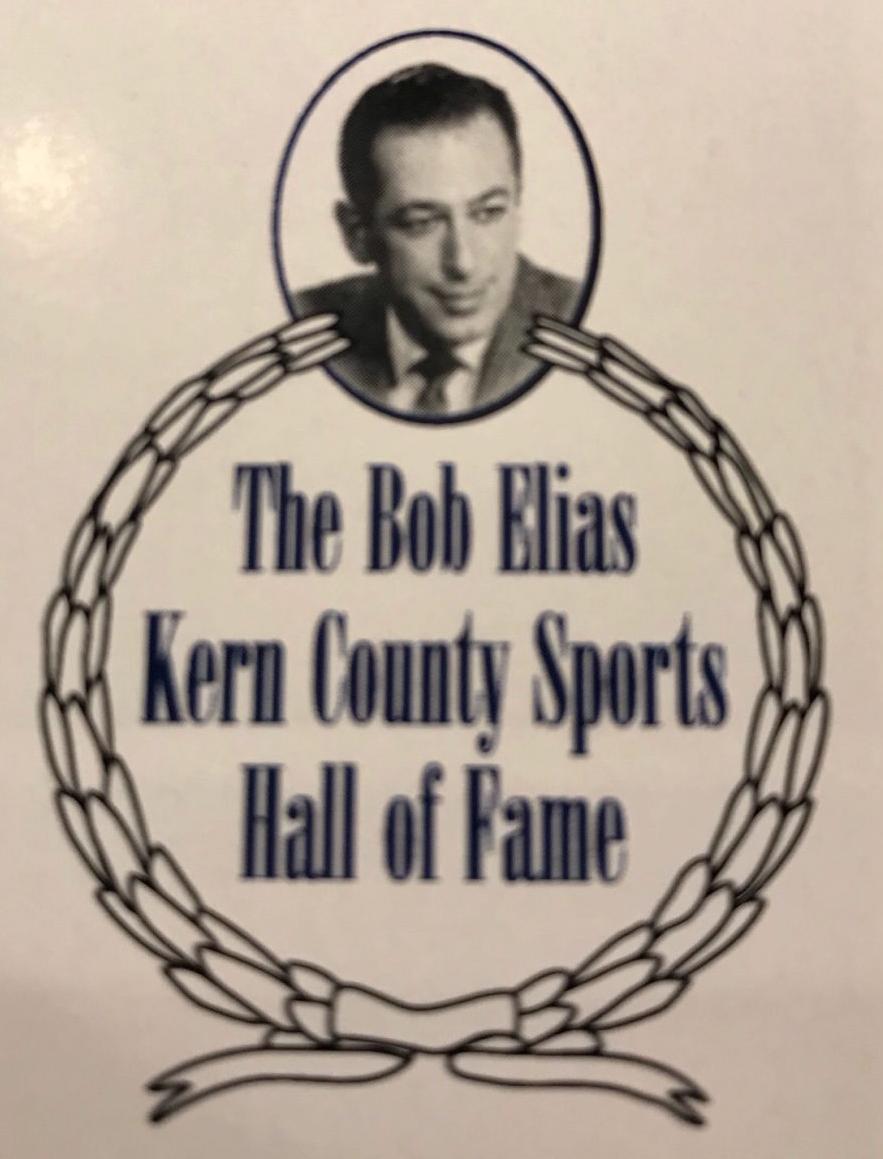 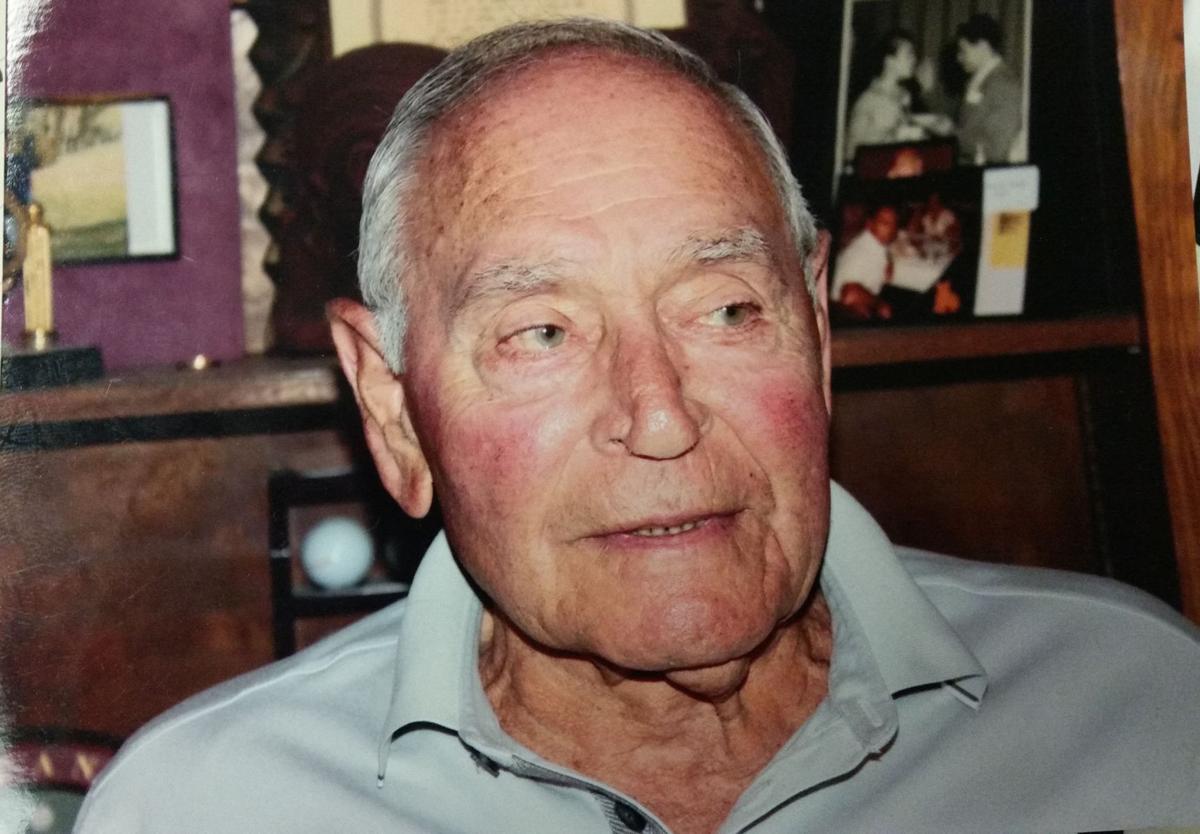 AndyDarby, who led the Wasco High track team to 13 South Sequoia League championships and one section title, will be inducted into the Bob Elias Sports Hal of Fame on Feb. 21.

Andy Darby, far left, had a major impact on the Wasco High track and field program as head coach for many years. This photo is from the early 1970s.

Andy Darby, circa 1980, his last year of coaching Track and Field at Wasco High.

As his senior season was growing to a close at Fresno State, Andy Darby realized that while throwing the javelin a long distance was a quite a feat, the fun and games of college were nearing an end and he needed a job.

“Dutch Warmerdam, one of the greatest pole vaulters with a bamboo pole, was my coach and we got back from the NCAA meet in Lincoln, Nebraska and I said “what am I going to do when I graduate?” Darby said. “He told me of a job opening for a track coach in Wasco.

“I had no idea where Wasco was. He said it was about 100 miles down the road, hot and they grew a lot of potatoes and watermelon. That was my first interview and I got the job.”

That was in 1953 and when Darby, now 86, finished his coaching career at Wasco in 1980, he had transformed a fledgling track and field program into a powerhouse.

He led the Tigers to a 201-41 record in dual meet, 75 straight meets without a loss, 13 South Sequoia League championships, and one Central Section title during his tenure.

“It’s such an honor to be among some of the great athletes in Kern County,” Darby said. “That’s what you strive for, to be among the best at what you do.”

Darby was a standout athlete at Sanger High and it was a football scholarship that led him to Fresno State. By his second semester he was on a track scholarship which continued until he graduated. His track speciality was the javelin and in the early 1950s he ranked sixth in the U.S. at 210-feet, 2 1-4 inches.

Darby majored in physical education and minored in math, which got him into the door at Wasco.

“I taught P.E. and math my first time around at Wasco but I always wanted to be a coach and my whole point of teaching was to be a coach,” he said. “That’s why I majored in physical education.”

In 1954, Darby joined with Don Tavolucci to organize the start of high school cross country in Kern County. Darby’s cross country teams won three straight Central Section Small School titles from 1959-61. He added another section title to his resume in 1975, that one coming in his second stint at Wasco.

Darby left Wasco to coach at a high school in Belmont in 1967 and '68, which allowed him to grow.

“I helped put on the state track meet in Berkley in 1967 and '69 and I got my Masters at San Jose State while I was there,” he said. “I really wanted to get into junior college coaching.”

But a chance meeting led him right back to Wasco.

“After I finished taking my finals for my Masters, I went to Tahoe to relieve myself of the strain,” he said. “While I was there I met one of the Wasco board members and he asked if I wanted to come back and head the PE department and be head track and cross country coach.

Darby said he’s never regretted the move back to Wasco.

“It was great, fantastic, what a life,” he said of his years of coaching the Tigers. “We went from having like 20 kids come out for track to 85 and more.”

Community involvement was the key to the growth of the program and Darby said he figures he had somewhere around 2,000 athletes go through the track and cross country programs during his time there.

“I think I’ve touched a lot of lives,” he said. “Coaching is different from teaching. It’s much more one-on-one. I consider all the the athletes I coached over the years as my boys. I strived to help them be the best they could and tried to help turn them from boys into men.”

Tickets: $80 each available available at the Rabobank Arena box office, Raymond’s Trophy and Awards, 300 Chester Ave., or online via Pay Pal at kcsportshalloffame.org.

Editor's note: We will run weekly features on this year's inductees leading up the the Hall of Fame ceremony on Feb. 21. These inductee profiles will run on the following days: Colby Lewis (Feb. 6), Gary Oglivie (Feb. 12) and Frank Thiessen (Feb. 19).

The Board of Directors for the Bob Elias Kern County Sports Hall of Fame has announced the four-member Class of 2018.