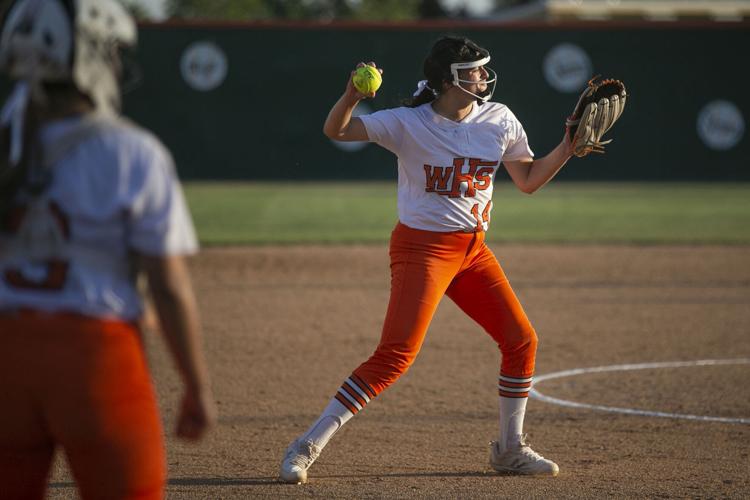 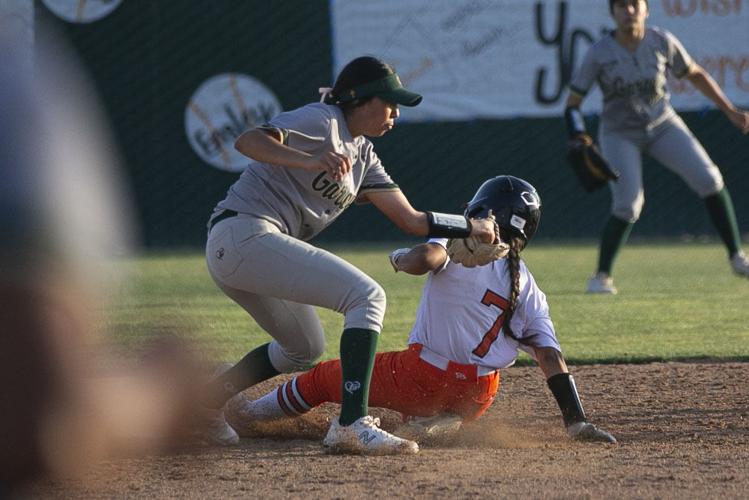 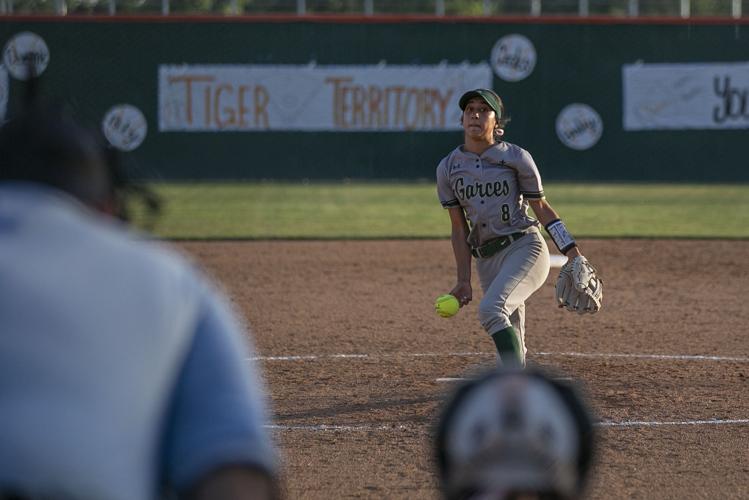 Kamryn Lopez, a pitcher for Garces Memorial High School, releases the ball at the bottom of her pitch during Wednesday’s CIF Division III semifinal game against Wasco High School. 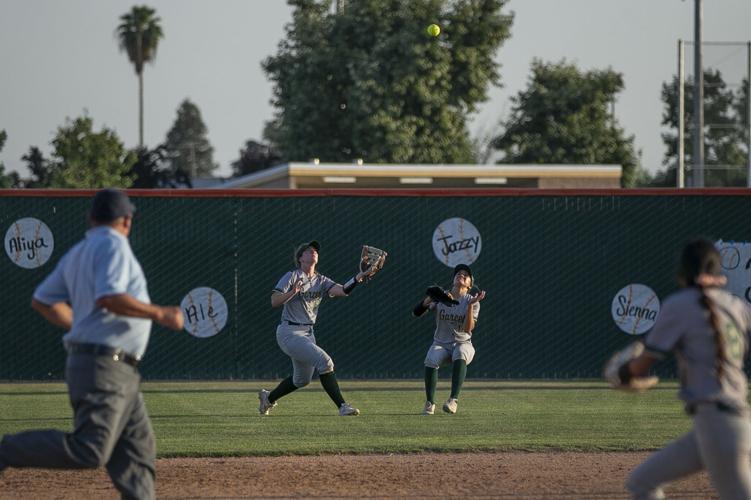 Kamryn Lopez, a pitcher for Garces Memorial High School, releases the ball at the bottom of her pitch during Wednesday’s CIF Division III semifinal game against Wasco High School.

For some teams, youth might be a disadvantage. For the Wasco softball team, coach Sonia Wedel says, it's a strength that helps shield the Tigers from getting nervous in the big games, like Wednesday night's section semifinal against Garces.

They get less nervous than their coach, anyway.

"I've been stressed about this game for the last week," Wedel said.

Mere moments later, she got a celebratory tub of ice water dumped on her head, as her Tigers had edged the Rams 1-0.

Youth ruled the day in Wasco Wednesday. Freshman pitcher Cedes Saldana pitched a complete-game shutout with three hits and one walk allowed, picking up nine strikeouts along the way. Sophomore third baseman Gabriella Milligan had the Tigers' go-ahead hit for the second game in a row, this time bringing in Tiffany Mello in the third inning for the game's lone run.

That was enough to earn Wasco a spot in the Division III finals Friday in Fresno at the Margie Wright Diamond, where the Tigers will face Porterville-Monache.

"It feels great," said shortstop Aileen Solis, a junior leader on a team with just one senior. "For the first couple years" that Wasco went to valley, she continued, things didn't go as planned for the Tigers. This team, the South Sequoia League champions with 25 straight victories including three narrow playoff wins, could be different.

Saldana's success Wednesday — which Solis attributes to hard work — might be the key.

Certainly it wasn't the offense this time around, which had produced consecutive extra-inning walk-off wins against Kerman and Tulare Union but managed just five hits off Garces pitcher Kami Lopez. Jazlyn Juarez had the game's lone extra-base hit, and Alezandra Raya drew two walks, one intentional, to go along with a single.

One of three Rams with a hit, Taylor Crider reached first on a dribbler to shortstop in the seventh inning, but was caught stealing in a rundown when Gianna Martinez could not manage to lay down a bunt.

That stymied Garces's final chance to tie. The Rams only had that chance because of a pivotal play by Lopez moments earlier; after giving up Juarez's double and intentionally walking Raya with two outs, the senior pitcher snagged a line drive hit straight at her by Devanie Caban that could have brought home both runners.

Garces hadn't been quite as lucky in the third inning. After Mello singled into right for the Tigers' first hit, Aliya Leal hit a ball right in front of home plate, and although the Rams got the out at first, they took long enough making the throw that Mello came all the way around to third base. Mello did not tag up on a Solis flyout, but Milligan managed the clutch hit that went down as the game-winner.

Neither team got a runner to third for the remainder of the game. Leal singled to left after a long at-bat in the fifth and stole second, but Solis and Milligan could not bring her home.

Saldana was able to hold the one-run lead, aided by savvy defense on the Crider rundown, and the Tigers moved on.