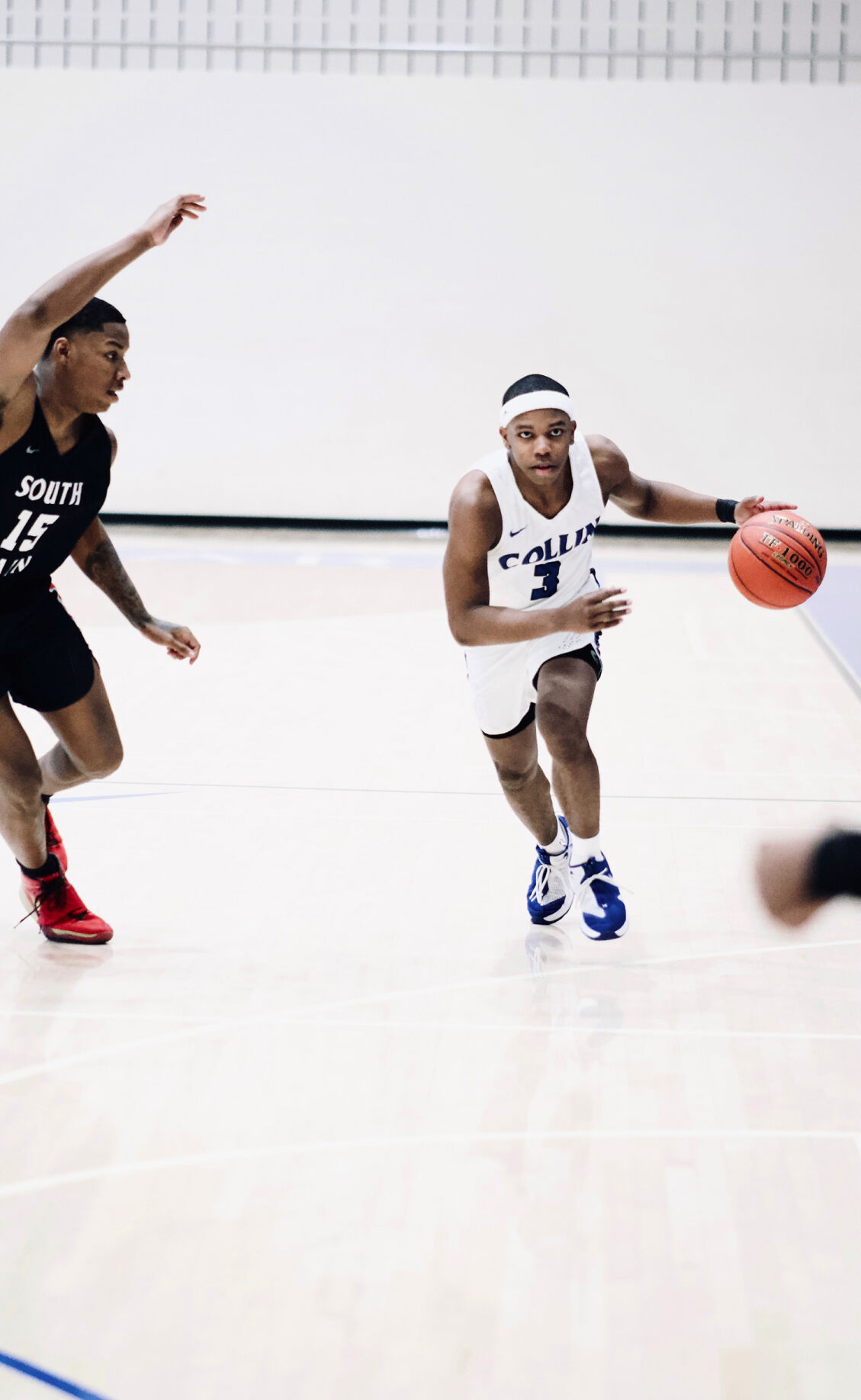 Kadar Waller, a Bakersfield Christian graduate, dribbles up court for Collin College during a game this season. Waller committed to play at Mississippi Valley State next season.

Kadar Waller goes up for a shot during his senior season at Bakersfield Christian. 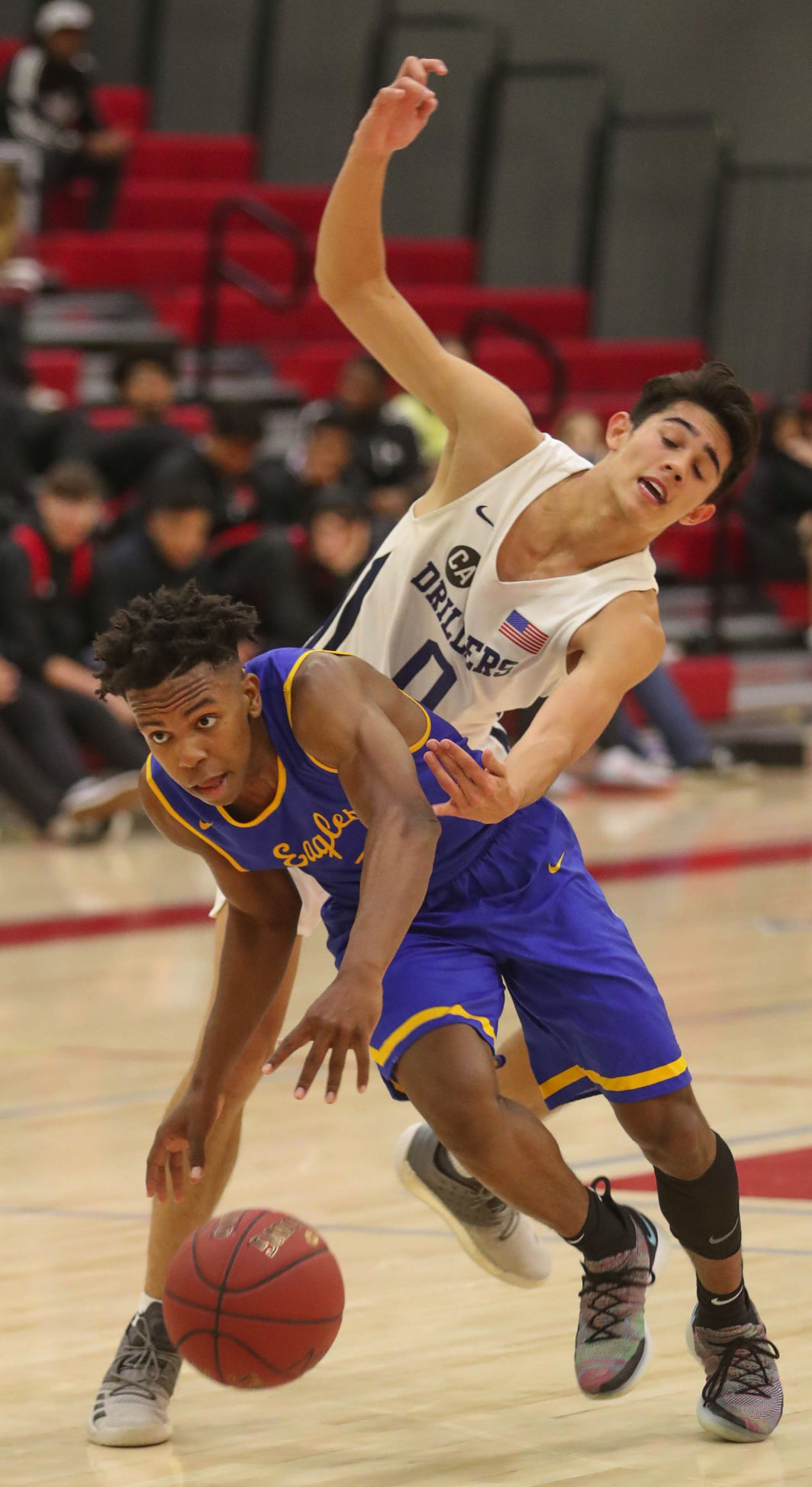 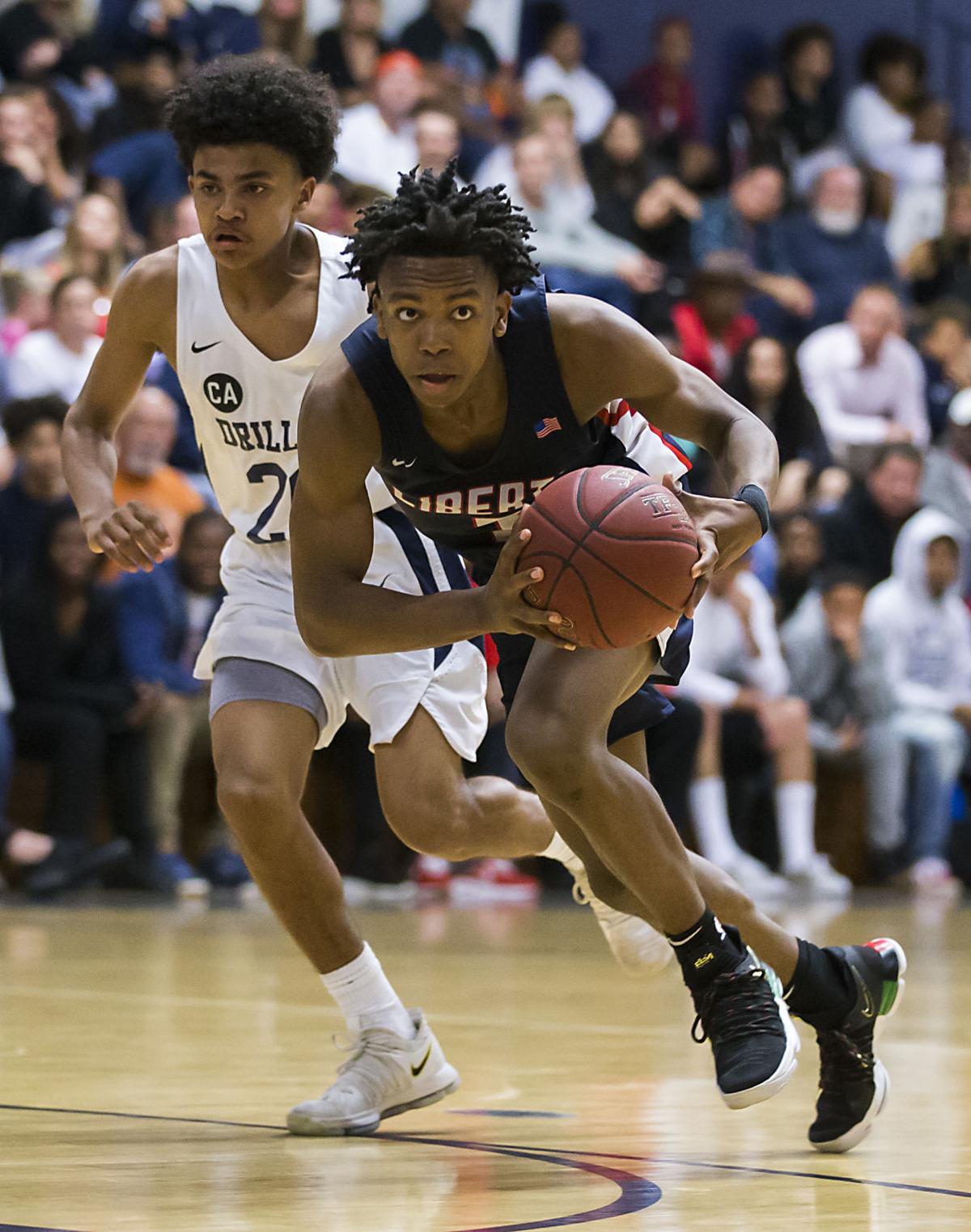 Liberty's Kadar Waller looks to pass as he drives past Driller Joshua Geary in the second half at Bakersfield high in 2018. 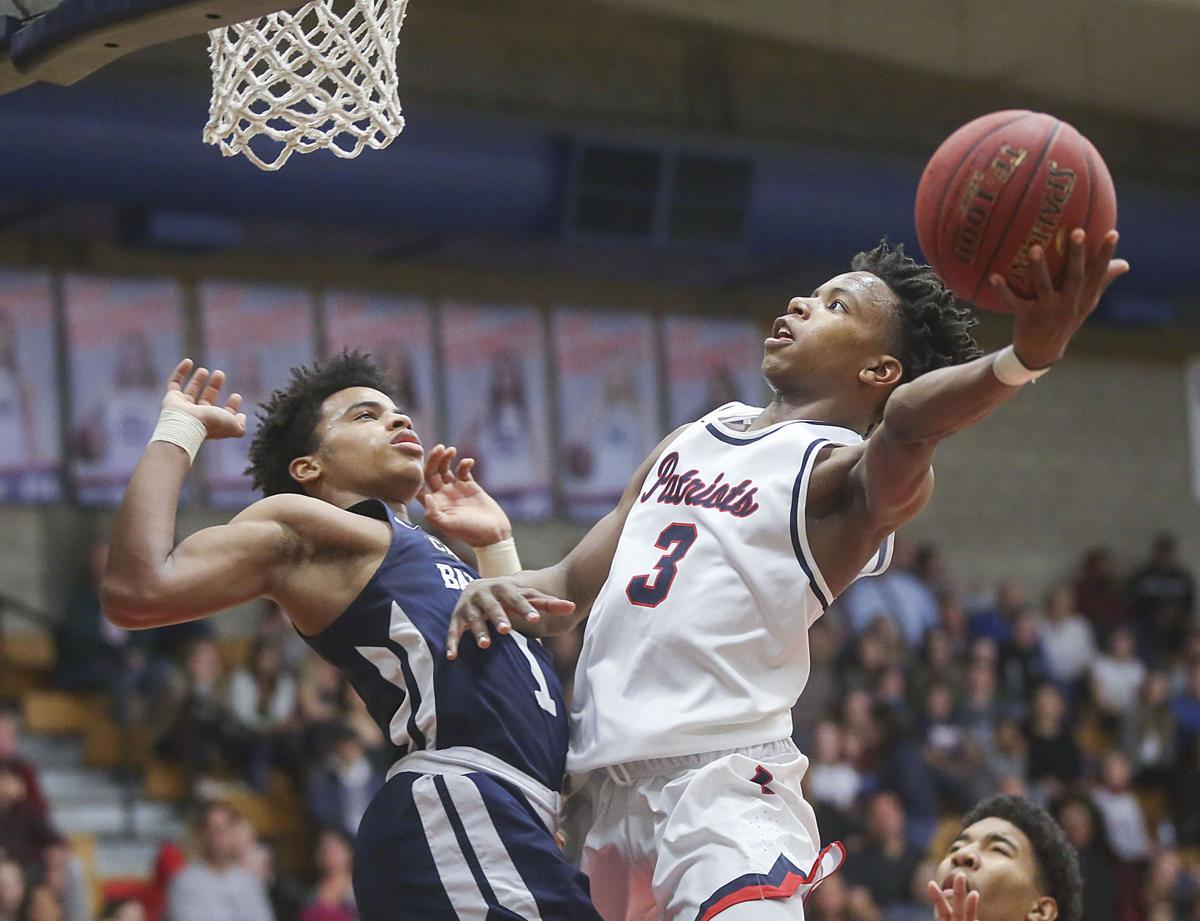 Liberty's Kadar Waller goes up for a shot as BHS' Roland Banks defends in a 2018 game. 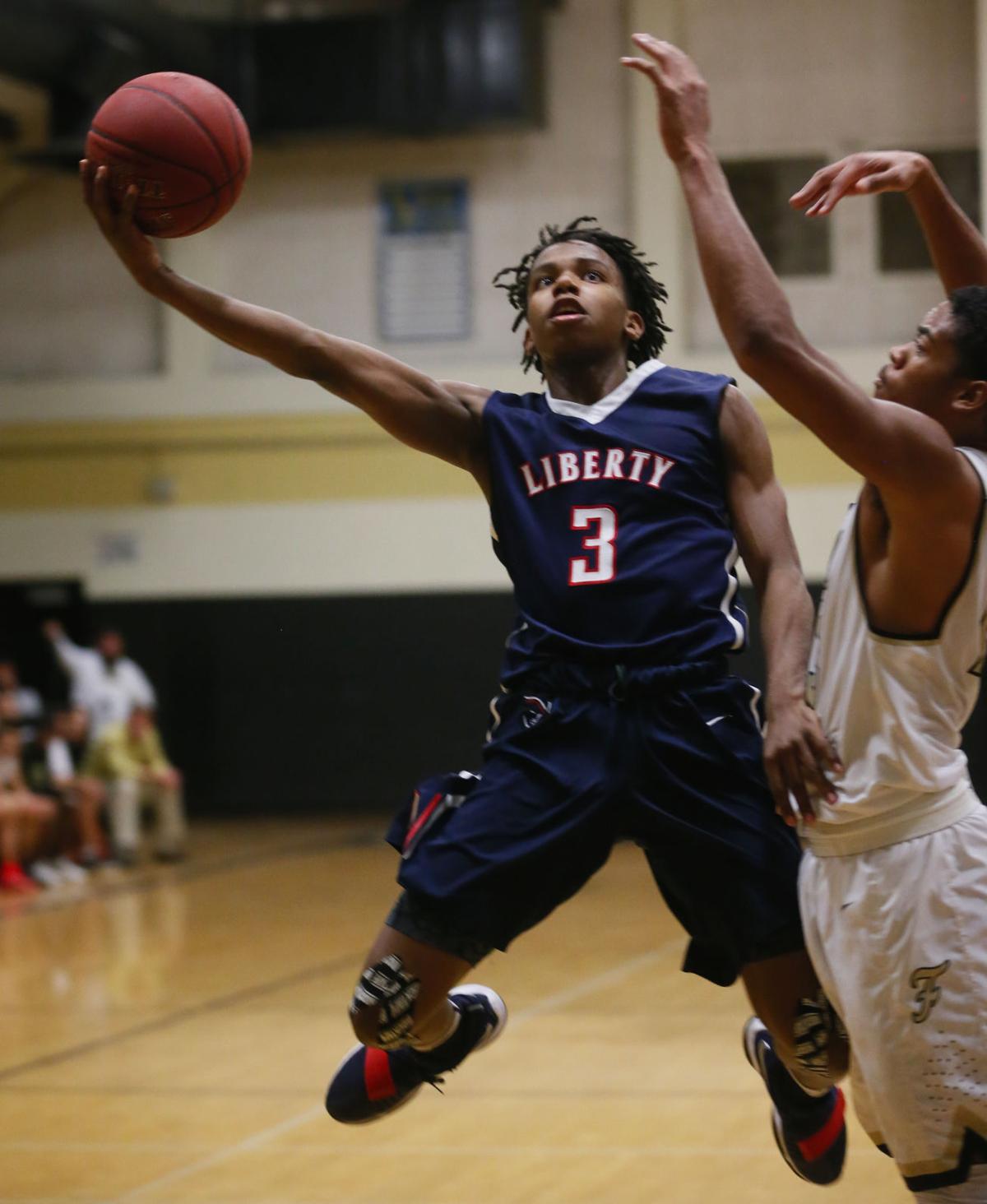 Kadar Waller of Liberty goes in for two against a Foothill in 2017.

Kadar Waller, a Bakersfield Christian graduate, dribbles up court for Collin College during a game this season. Waller committed to play at Mississippi Valley State next season.

Kadar Waller goes up for a shot during his senior season at Bakersfield Christian.

Liberty's Kadar Waller looks to pass as he drives past Driller Joshua Geary in the second half at Bakersfield high in 2018.

Liberty's Kadar Waller goes up for a shot as BHS' Roland Banks defends in a 2018 game.

Kadar Waller of Liberty goes in for two against a Foothill in 2017.

Since graduating from Bakersfield Christian High in 2019, Kadar Waller’s dream of playing Division I college basketball — and beyond — has led the talented point guard all across the country.

It started with a year at Mt. Zion Prep, a post-grad school in Maryland, followed by a season in Plano, Texas at Collin College, a national community college.

Although there’s been a few obstacles along the way, the journey appears to have been worth it.

Waller accepted an offer to play at NCAA Division I Mississippi Valley State on Monday.

“It feels good,” said Waller, who averaged 9.0 points, 3.6 assists and 2.3 rebounds per game at Collin this season. "It’s like a weight off my shoulders. A feeling of relief, being able to get to the next step. And now I’m able to do my thing here in college and get to the next step. It’s all about one step at a time.”

After an ankle injury delayed the start to his season at Collin, Waller became a key contributor for a team that finished 15-9 and lost in the North Texas JC Athletic Conference title. During that time, Waller scored in double figures in 12 of his 20 games, including a 23-point performance in a victory at Hill College on Feb. 24 where he was 8 for 11 from the field and 3 of 4 on 3-point attempts.

But it was Waller’s ability to facilitate and share the ball that attracted MVS coach Lindsey Hunter.

“His play-making ability is what stood out,” said Hunter, a 17-year NBA veteran who played primarily with the Detroit Pistons but won an NBA championship as a member of the 2001-02 Lakers. “His instincts. He’s a natural playmaker. And we’re trying to build here, we need as many playmakers on the floor as possible.

“With the COVID year and not really being able to get out and recruit, it gave us a lot of time to really do our research on a lot of kids. And he’s one of the kids that really stood out to me that I really liked. His style of play and IQ, as well. And that was the biggest thing.”

Heading into his third season as coach of The Delta Devils, Hunter is looking to turn the program around. MVS is a combined 5-49 the past two seasons. And he expects Waller to be a big part of his rebuilding efforts.

“The biggest thing when you watch a kid like Kadar, can he get to places on the court off the dribble?” Hunter said. “Because at the next level, the higher level you go, the more of an independent skill-set you have to have.

"And when you have those independent skill sets early, it’s easier to keep adding to your toolbox, and that’s the thing that I look for. And with (Kadar), he has the tough things you have to teach, the ball handling, the ability to make plays, the feel for the game … those are the tough things. We can work on shooting and all that other stuff, but he has the foundation that it takes to get to those next levels.”

Those next level dreams for Waller include being a professional player, something that helped the 5-foot-11, 175-pound freshman decide to attend MVS and play for Hunter.

“It was a big factor because he knows what it takes to get to the next level and I feel like he’s going to help me get there, and develop me as a player and a person,” said Waller, who played three years at Liberty before transferring to BCHS for his senior year. "I had four offers (from schools after the season at Collin), but at Mississippi Valley State, I had a great relationship with their coaching staff and everything. They’re in a rebuilding stage right now. And it just felt like a place that I wanted to be part of, and make noise there.”

Playing Division I basketball appeared to be in the works after Waller’s season at Mt. Zion Prep, but when COVID-19 forced a shutdown, his opportunity to play at that level was put on hold, as well.

“When that happened I was kind of discouraged,” said Waller, the South Yosemite League Player of The Year his senior season at BCHS after averaging 21 points, 4 assists and 2.4 steals per game. “I was mad and there were a lot of emotions … but I knew everything happens for a reason so I just continued to stay positive. I knew that I’d get another opportunity to get to where I’m trying to get to.”

Waller’s patience and positive outlook appears to have paid off.

“It’s just another step along the way,” said Waller of his time in prep school and a national JC. “Everybody’s dream is different. I’m still working to get where I ultimately want to be and that’s being a pro. But prep school and juco helped me develop a lot as a person and as a player. It helped me be a more seasoned point guard and to be more mature and everything. I was able to develop physically and mentally.

"So I feel like everything happens for a reason. It feels good, but I’m not satisfied at all. I still have to do more, and produce now on a different platform.”