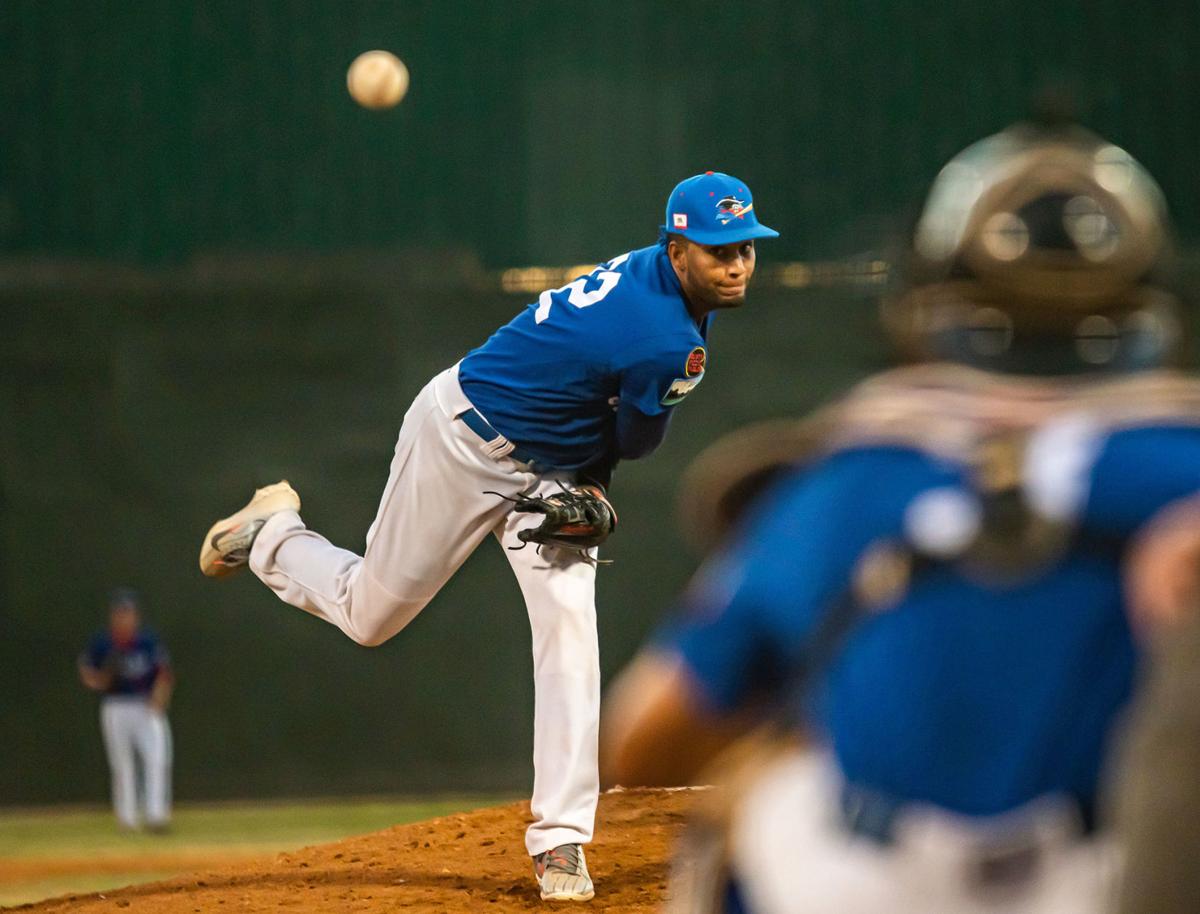 Edilson Alvarez delivers a pitch for the Bakersfield Train Robbers during a Pecos League game this season. Alvarez also serves as the team's manager. 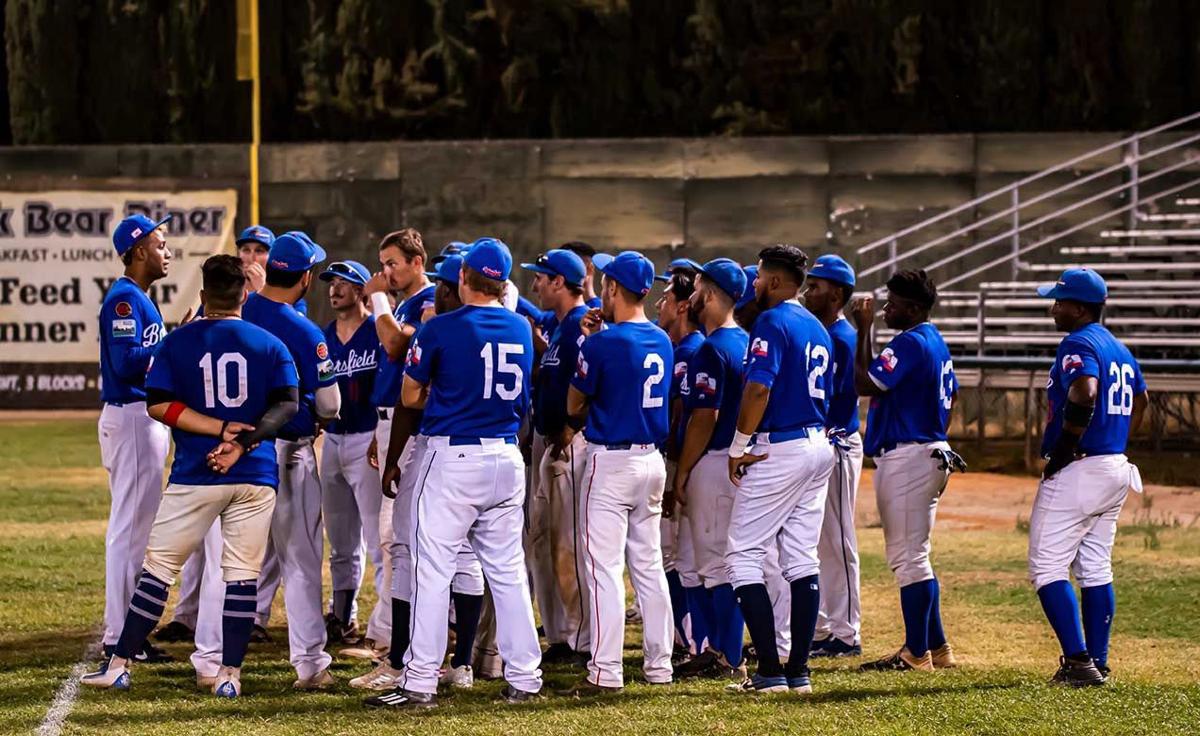 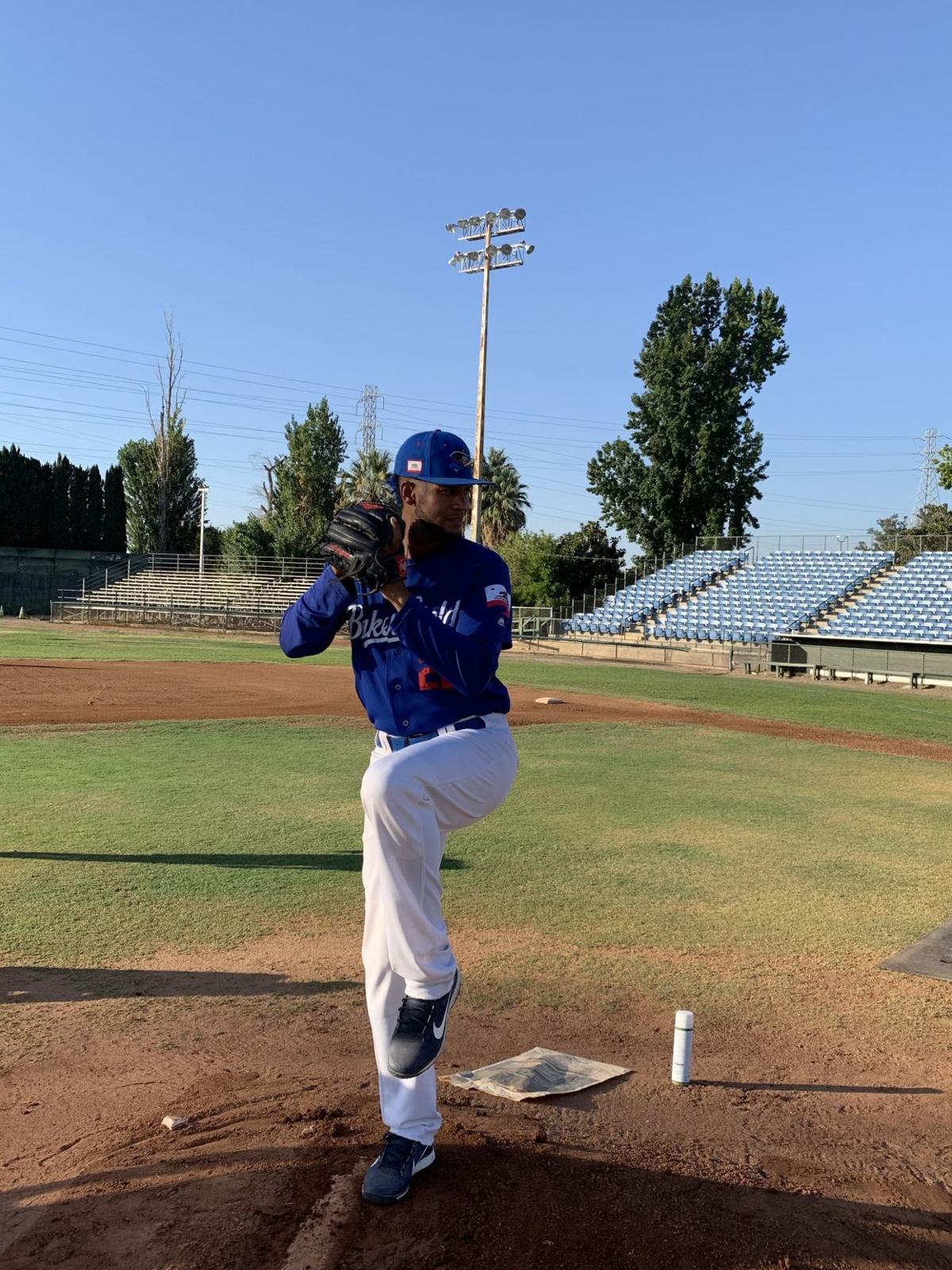 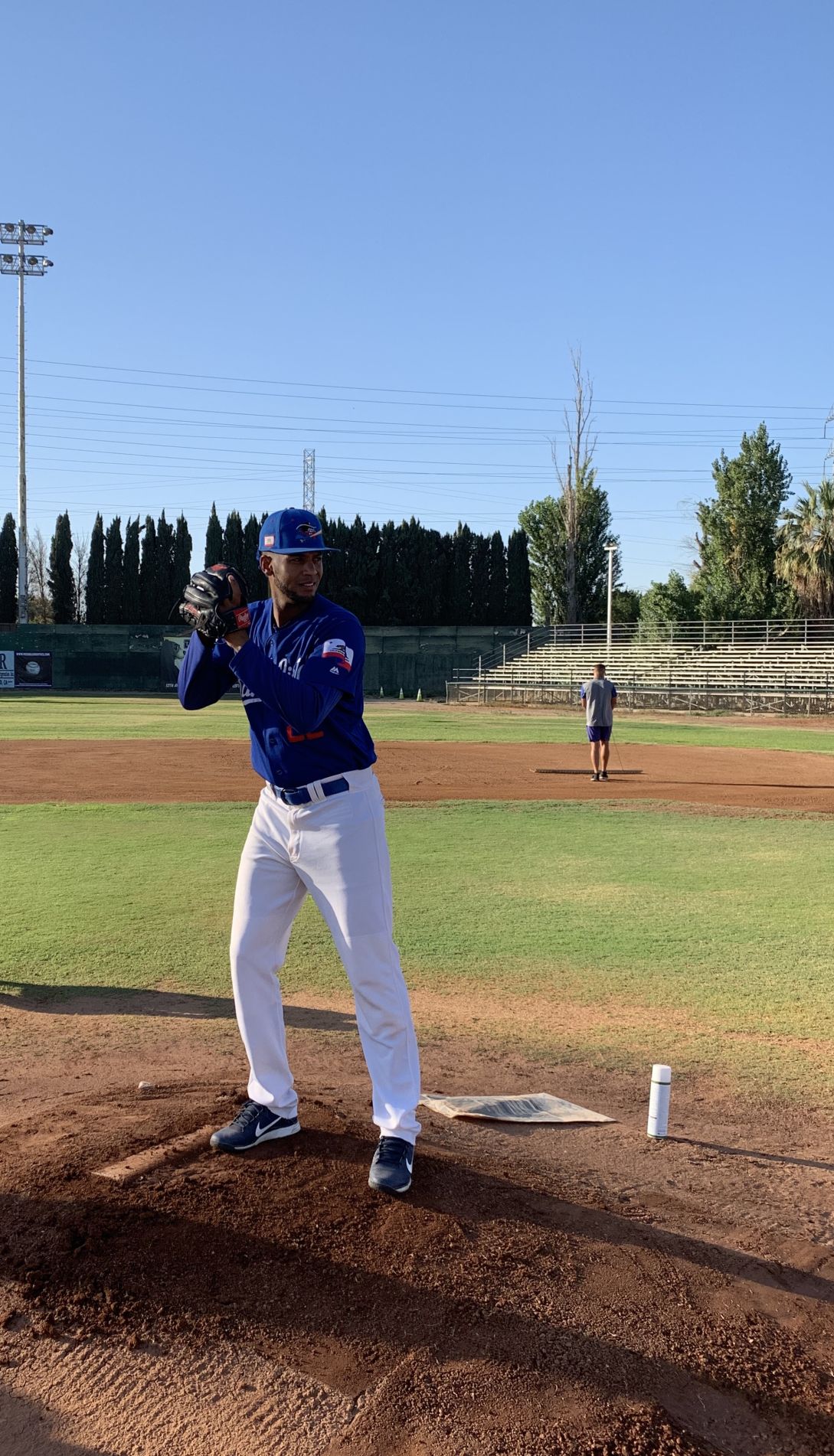 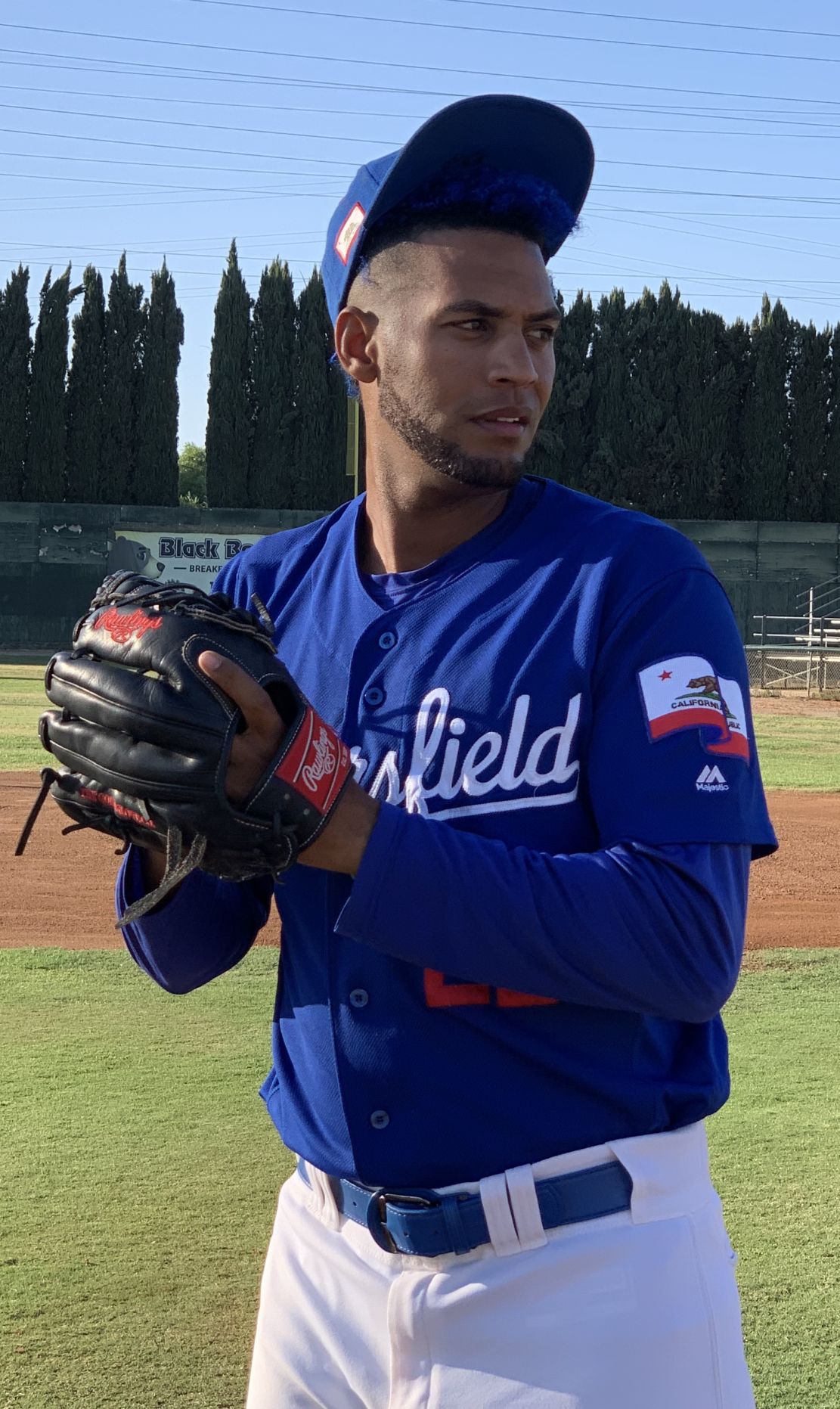 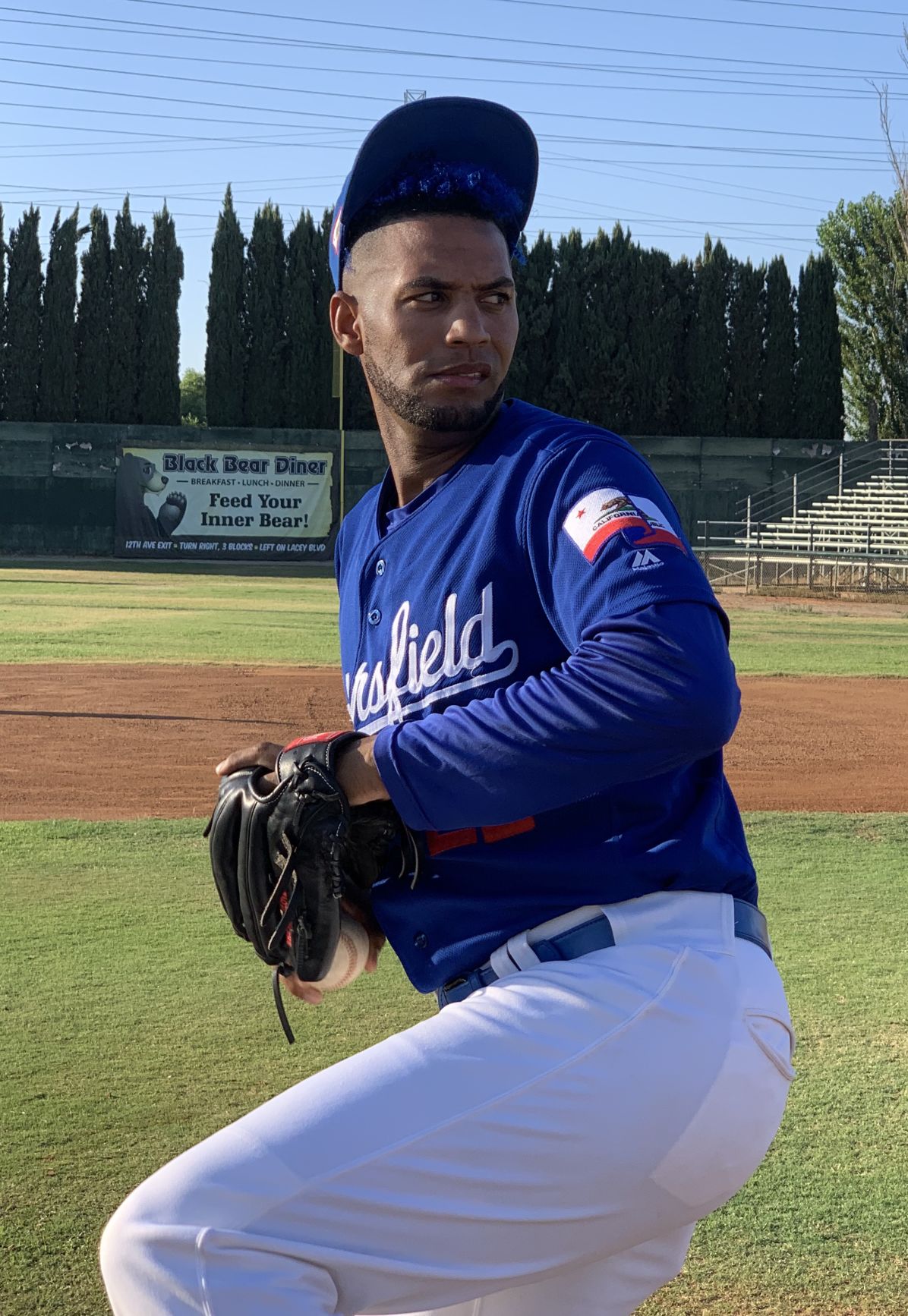 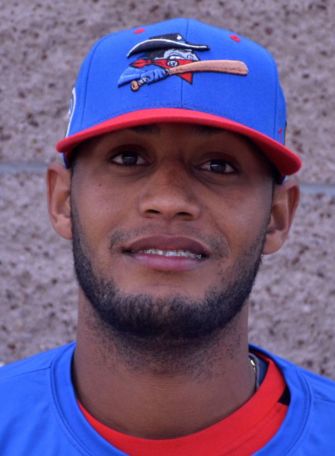 Edilson Alvarez delivers a pitch for the Bakersfield Train Robbers during a Pecos League game this season. Alvarez also serves as the team's manager.

Edilson Alvarez knows a little something about wearing many hats.

From the time he was 16 years old, the native of Santiago De Los Caballeros in the northern region of the Dominican Republic, has played in virtually every professional league imaginable — and he has the hat collection to prove it.

Alvarez’s 15-year journey has made a stop in Bakersfield this year, where not surprisingly, he’s doubling up on hats — as one of the Train Robbers’ top starting pitchers and the team’s manager.

“There’s a lot of challenges because you have two hard jobs to do,” said Alvarez, who is also a switch-hitter and used to pitch both left- and right-handed before an injury to his left wrist several years ago. “Being a pitcher, to be successful, you have to have a lot of dedication. And then being a manager … there’s a lot of stress and you have to be mentally prepared to make moves.”

While donning bright blue hair under his cap, Alvarez is 6-5 with a 2.71 ERA and three saves in 18 games this season, including 12 starts. Of those starts, he has gone the distance eight times, compiling 130 strikeouts with only 17 walks in 109.1 innings for Bakersfield.

The Train Robbers open its defense of their Pecos League championship tonight at the Monterey Amberjacks. Game 2, and Game 3 if necessary, will be played at Sam Lynn Ballpark at 7:45 p.m., Monday and Tuesday, respectively.

Drawing the line between manager and player with his team has also presented some challenges.

“When I’m a player (my teammates) are going to be friendly to me as a player, but there’s a point where you have to be a manager,” said Alvarez, who was originally recruited to be part of the Minnesota Twins’ Dominican Republic Academy when he was 16. “I can’t let them cross that line, so it’s a little bit hard to be good at both things. But I try my best and so far, so good.”

“It’s been awesome,” said Valenzuela, who has a 1.38 ERA with two saves in 32 games this season. “He’s helped us develop as players. It’s definitely great to have someone on both sides (manager and pitcher) with that amount of experience.”

“I’m more of a location pitcher now,” said Alvarez, whose fastball tops out at 92 mph. “I’m not a speed guy. I just depend more on my control. At this level … I can blow people away with my fastball, but in other leagues, it’s not so easy. I can do it, but it’s better for me to locate.”

Alvarez, who turns 31 on Sunday, has also shown incredible stamina.

He had six straight complete games during one stretch and has averaged 130 pitches per game, including a 167-pitch performance in a loss to High Desert on July 5.

“When he pitches it’s like he kind of gives us the day off because he’ll throw like 150 pitches a night.” said Train Robbers closer Spencer Backstrom, who has a team-high five saves and 1.25 ERA in 23 games this season. “Sergio and I have thrown a lot of pitches this year, so whenever he’s throwing in a game, we’re like ‘all right, we can take it easy.’ That’s one big way he’s helped us.”

Control and stamina is something Alvarez learned along the way in a career that has taken him from the Minnesota Twins rookie level, to the Frontier League, Mexico, Canada and finally to the Pecos League.

“I’ve had a lot of dedication to my playing career since I was a kid,” said Alvarez, who helped the Quebec-Trois-Rivieres Aigles win the CanAm League championship in 2015. “And I’ve been able to have a good career. But as a coach, of course you want to make the transition from player to coach.

"At one point, it’s going to be I don’t want to play anymore and I’m only going to coach. But right now I feel strong enough and I still enjoy playing. And that’s why I like the Pecos (League) because here, you can still play and coach. And that’s what I want to do.”