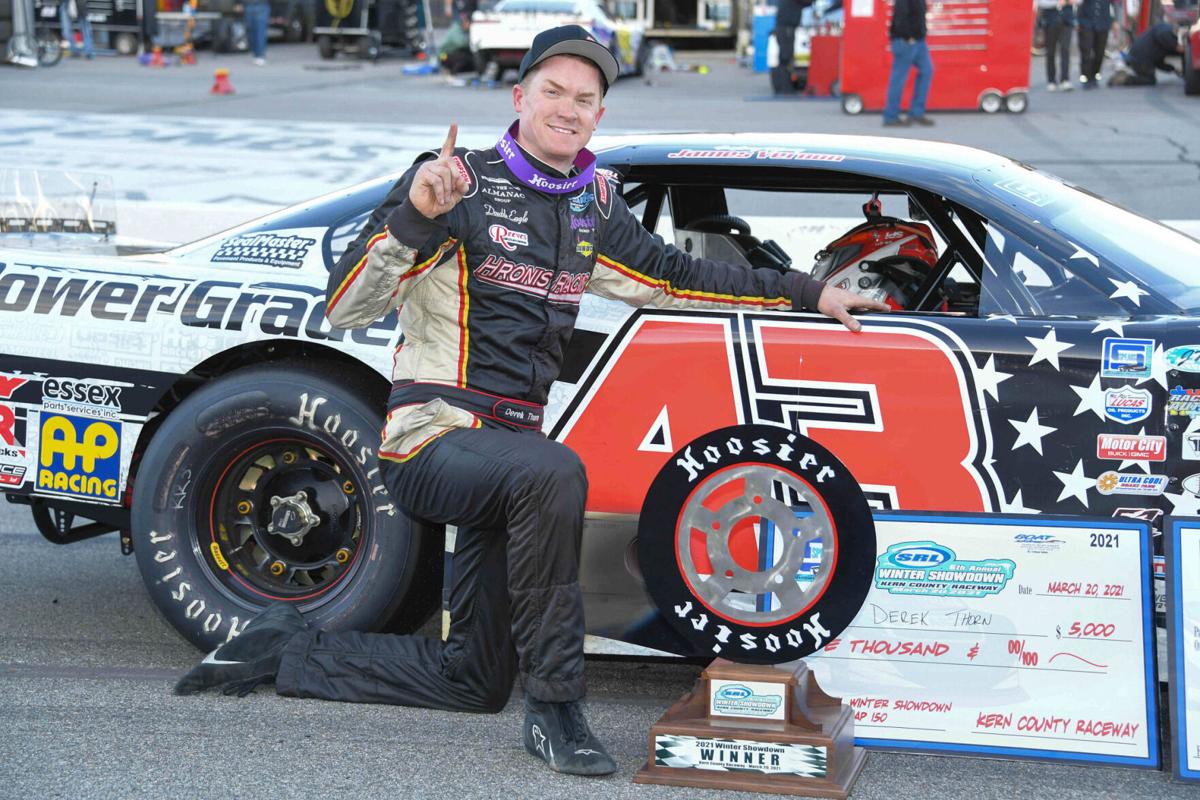 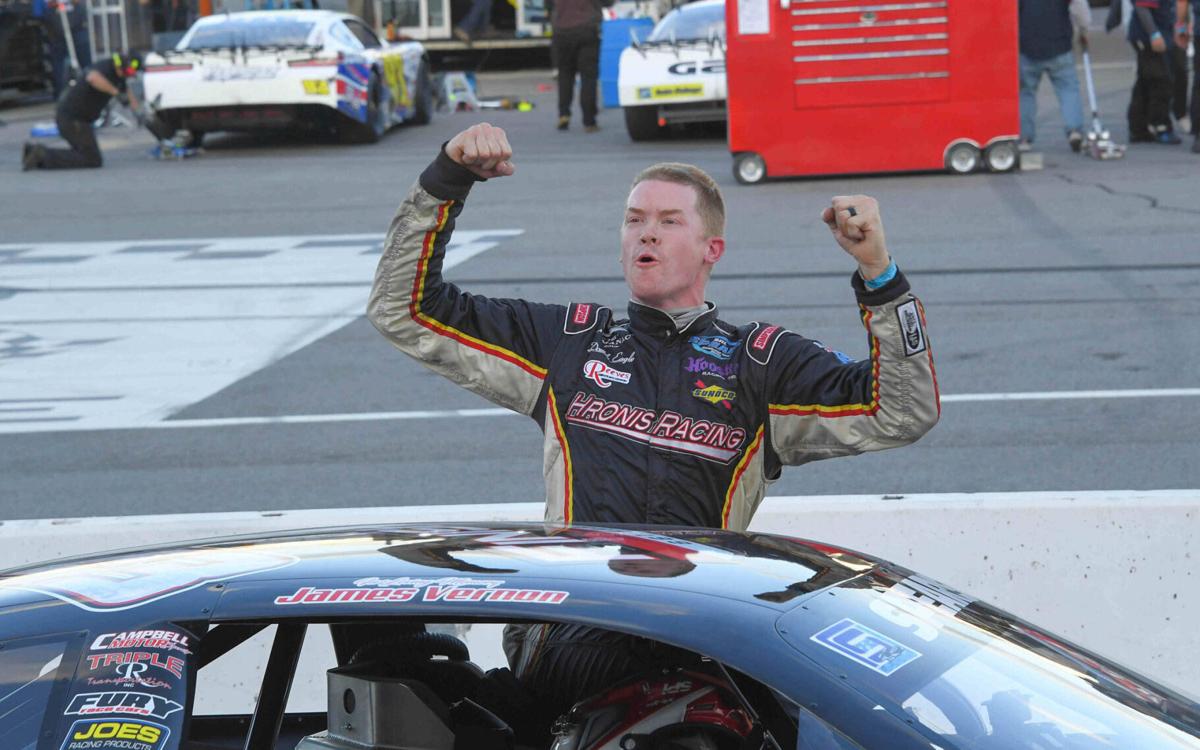 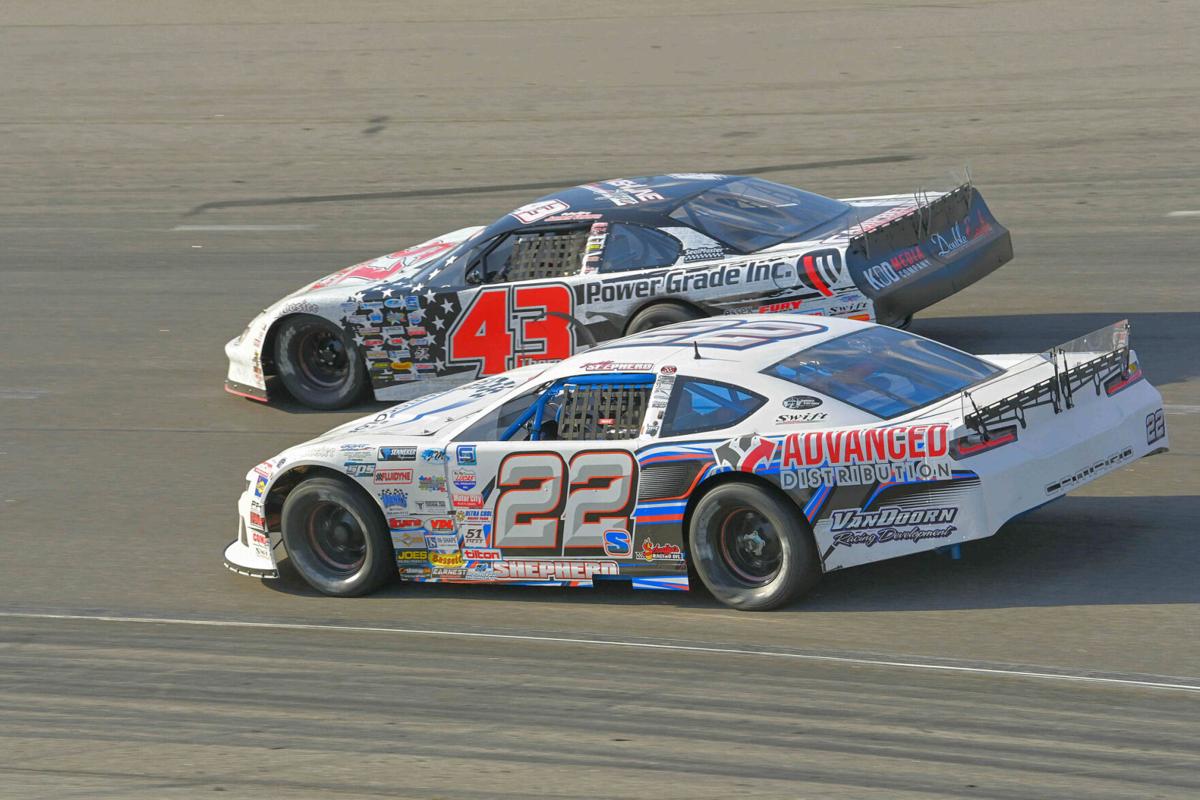 The five-time series champion is looking to make it six, winning five of the six races this season, including the JM Environmental Inc. Wild West Shootout — Get It Hot 75 at Kern County Raceway Park on Saturday.

The long-time Bakersfield resident shadowed another hometown driver, Buddy Shepherd, for several laps before moving past on Turn 1 of lap 62 en route to taking the checkered flag and the $10,000 prize money.

Farrington and Gomes battled from the start, with Gomes taking the lead on Lap 3 shortly after a restart following a big wreck on the back straight-away. Shepherd took the lead the following lap, with Thorn moving up from fourth to second.

Shepherd and Thorn ran 1-2 for most of the next 60 laps, with Thorn edging in front several times following a Competition Caution on lap 20. Shepherd held his position until Thorn was finally able to get up to the door panel of Shepherd heading into Turn 1. The two cars made contact, pushing Shepherd up the track in Turn 2 and enabling Thorn to get past into the lead.

Gomes was also able to move by, as Shepherd squeezed into third in front of Raz. Thorn held off Gomes over the remaining eight laps, as Shepherd and Raz finished third and fourth, respectively.

With the win, Thorn moves 13 points ahead of Shepherd atop the points standings. Gomes is third, 46 points back, with Raz in fourth and Cale Kanke rounding out the top five.

The SPEARS SRL Southwest Tour will be at Irwindale Speedway for the $10,000-to-win Salted Metals 100 on July 17.