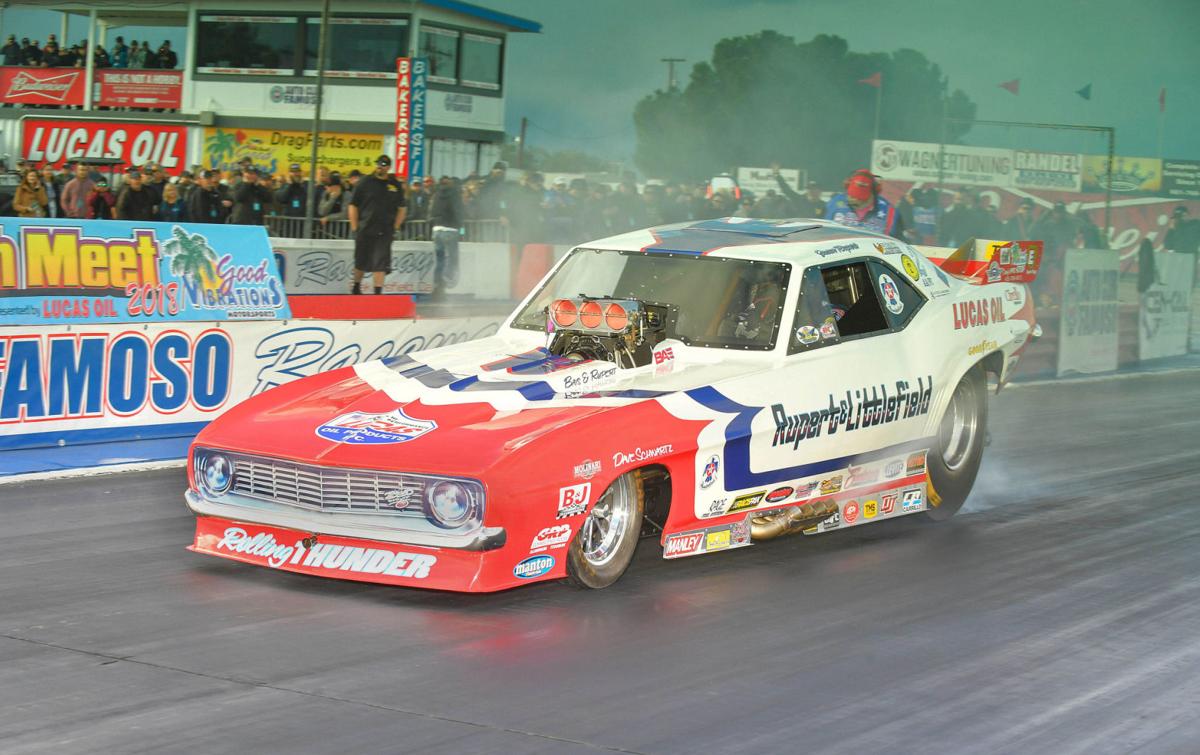 Jason Rupert does a burnout in his Funny Car during the 2017 March Meet. 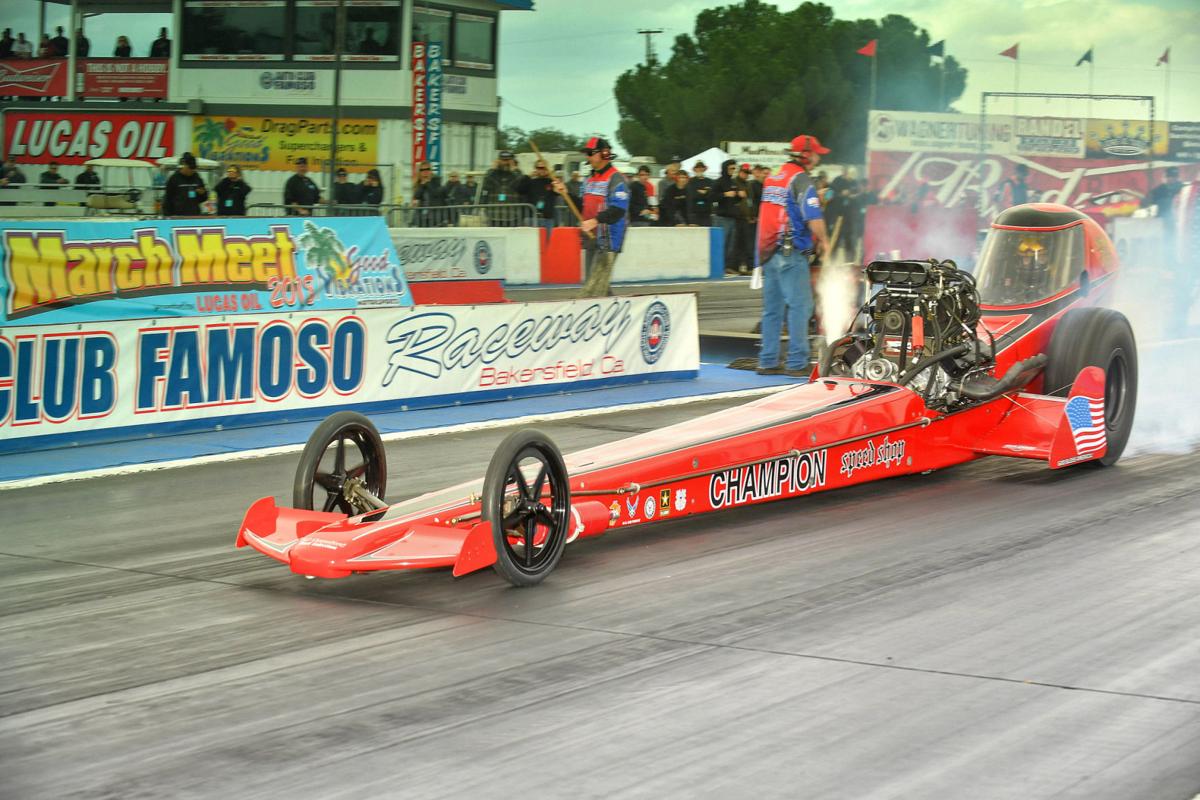 Adam Sorokin does a burnout in his Top Fuel dragster during the 2017 March Meet. Auto Club Famoso Raceway holds a variety of races throughout the year, but the annual March Meet is by far the biggest.

Jason Rupert does a burnout in his Funny Car during the 2017 March Meet.

Adam Sorokin does a burnout in his Top Fuel dragster during the 2017 March Meet. Auto Club Famoso Raceway holds a variety of races throughout the year, but the annual March Meet is by far the biggest.

Auto Club Famoso Raceway holds a variety of events throughout the year, but there is no doubt the March Meet rules supreme.

The race, first held in 1959, made the track north of Bakersfield famous and it remains the largest motorsports event in Kern County, drawing more than 500 competitors and thousands upon thousands of fans over a four-day run.

“We’ve found a format of various events that works for us, but our baby is the March Meet,” said track vice-president and general manager Blake Bowser.

This year’s Good Vibrations Motorsports March Meet runs March 7-10 and is just one of around 30 events to be held this season. The schedule (www.famosoraceway.com) could have an event or two added, including one other potential big event, Bowser said.

It’s pretty much the same type of schedule and racing action as the past few years with one tweak: the track is going dark for two months — from the middle of June through the middle of August.

Bowser said the track does not have fewer events, just a shorter winter break as races are now scheduled into the first week of December.

The season kicks off with the Import Face-Off event on Feb. 17.

“That’s big," Bowser said of the first of three import events. “There will be around 350 show cars and 150 racers, it’s a big deal. There’s a lot more going on than than just racing.”

As for pure racing, Bowser said he is seeing signs of growth in drag racing.

“I think NHRA (national events) have rebounded a little bit, and had it not rained last year the March Meet would have been real good,” Bowser said. “Our Summit Series was up a little, our Street Tuner events were up a little bit and ANRA had a great season.”

ANRA is the American Nostalgia Racing Association run by Butch Hedrick which enjoyed a stellar 2018 season, topping the 300-entry mark for the first time. ANRA has its usual four races scheduled this season (the first April 27-28) and a tentative fifth race set for November.

Bowser said he hopes to see continued growth in his Street Tuner events, limited to street-legal cars, thanks in part to a rules change by NHRA.

There has been a resurgence of factory muscle cars such as Challengers, Camaros, Chargers and Mustangs and all are capable of running 12 seconds and quicker.

“In the past, if you ran quicker than 14 seconds, you needed roll bars or a cage,” Bowser said. “The NHRA changed that last summer and now allows cars to run 10.00 and slower with just the basic safety requirement such as a helmet and seat belts.

“When they opened up to 10.0 it opened up the opportunity to compete for a lot of people,” Bowser said. “That was a big boost to us.”

The newer muscle cars are not eligible for nostalgia events, but can compete in the Summit Series as well as the Street Tuner events.

The big event of the fall is the 28th annual Californian Hot Rod Reunion, Oct. 25-27.

Kern County Raceway to hold fewer but bigger races in 2019

Less may not be more, but Kern County Raceway Park is betting that a slightly reduced schedule featuring better quality events will be a recip…