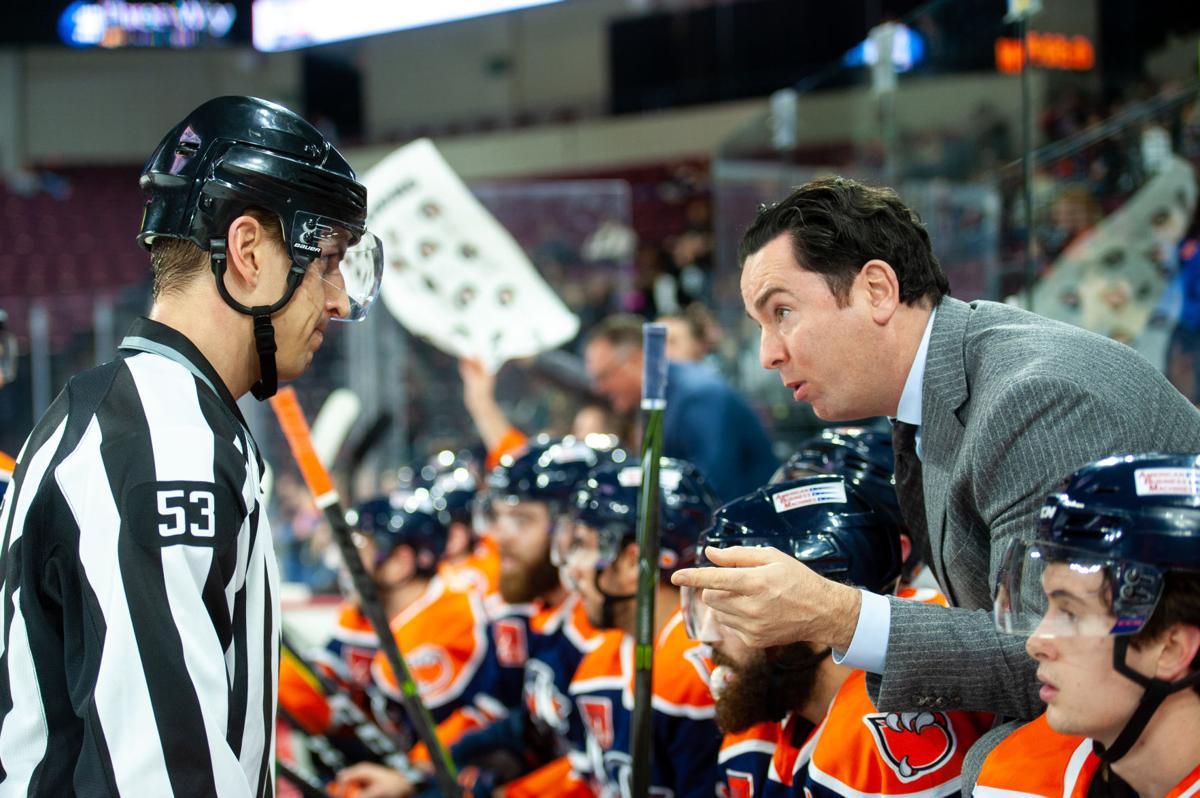 Condors coach Jay Woodcroft talks to a linesman during a recent game at Rabobank Arena. 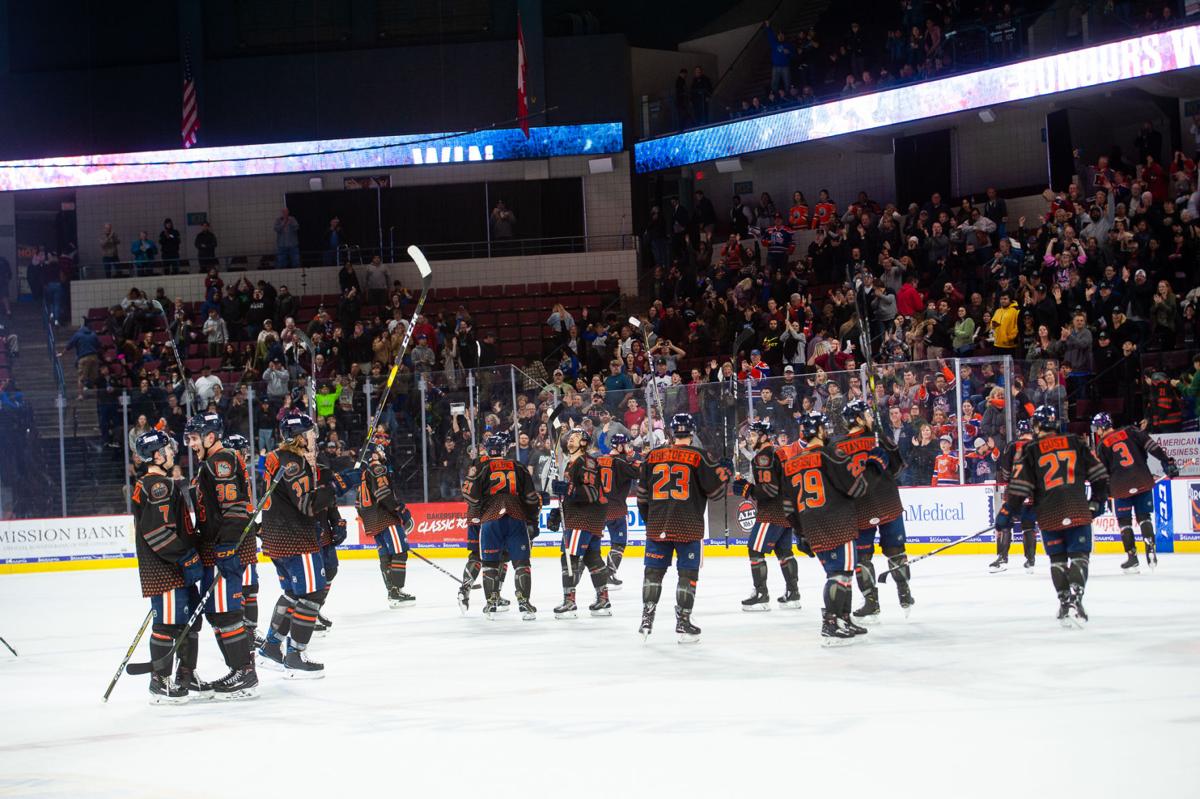 Players and fans have had reason to celebrate during the Condors 17 game win streak. They'll look to add to it this weekend with home games against Iowa and San Jose.

Condors coach Jay Woodcroft talks to a linesman during a recent game at Rabobank Arena.

Players and fans have had reason to celebrate during the Condors 17 game win streak. They'll look to add to it this weekend with home games against Iowa and San Jose.

For Condors coach Jay Woodcroft, the sounds blaring from the Condors’ locker room after games for the past six weeks has been music to his ears.

After all, it’s the sound of winning.

The Condors beat Tucson 2-0 in Tucson on Saturday night for their 16th straight win and once again the music played.

The Condors will be trying to run that streak to 17 on Monday night in Tucson with another game against the Roadrunners. That would match the second-longest streak in AHL history.

“What I really like about our group is their level of professionalism and maturity to enjoy the win,” Woodcroft said on Saturday night after the latest victory. “It’s not an easy thing to win in the AHL. They enjoy it as a team for about 15 or 20 minutes and to hear the (noise) in the dressing room is a great feeling as a coach.”

But the celebration is brief and the team quickly puts a victory into their collective backpocket and gets to work to try and garner another.

“It’s a very business-like attitude for our group,” Woodcroft said. “They use every meeting, every practice, every game as an opportunity to get better prepared for where we want to be in the playoffs.”

Goaltender Shane Starrett has been a rock during the streak (he has 13 wins and twice shut teams out) but the contributions have been far and wide from a fluctuating lineup.

Two keys forwards, Brad Malone and Josh Currie, are up with Edmonton in the NHL and defenseman Ethan Bear has missed six games of the streak with an injury. Currie, who missed his first game of the streak on Saturday (he scored his first NHL goal in Edmonton that night) had 19 points (14 goals, five assists) in the first 15 wins.

On Saturday night, Bakersfield’s lineup had a new face, veteran defenseman Brandon Manning who struggled in Edmonton, was waived and assigned to the Condors.

“He played hard, he passed the puck like an NHL hockey player,” Woodcroft said. “He was involved in a few scoring chances and contributed on our penalty kill. He’s experienced at this level and it was nice to see him play some big minutes.”

Twenty-five different players (not counting goaltenders) have played at least one game during the streak and all but four have registered points.

“What I like about our team, players recognize the opportunity for more ice time, more responsibility,” Woodcroft said. “We’re doing things as a team. We are a team with no independent contractors. We are a true definition of the word team.”

Notes: Joe Gambardella scored his 24th goal in Saturday night;s 2-0 win over Tucson, putting him into the team lead with Josh Currie, who is up with the Edmonton Oilers and scored his first NHL goal that same night). He is second on the team in points with 40  ... Cooper Marody extending his point streak (3g, 7a) to seven games on Saturday. He also has 40 points on the season.