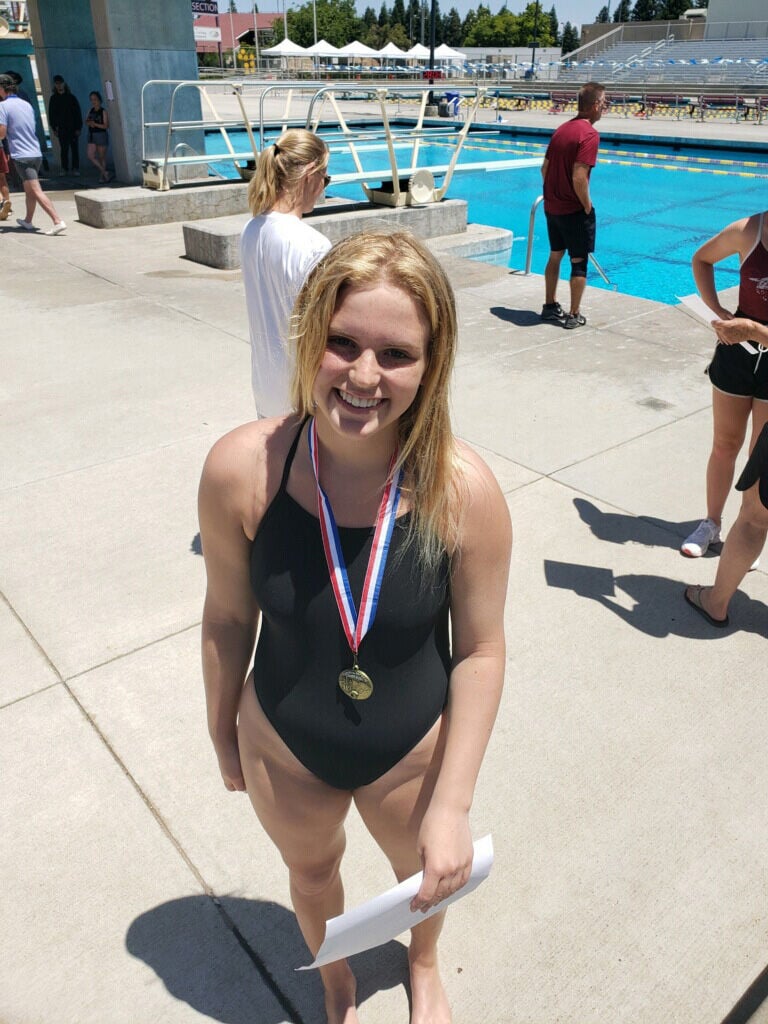 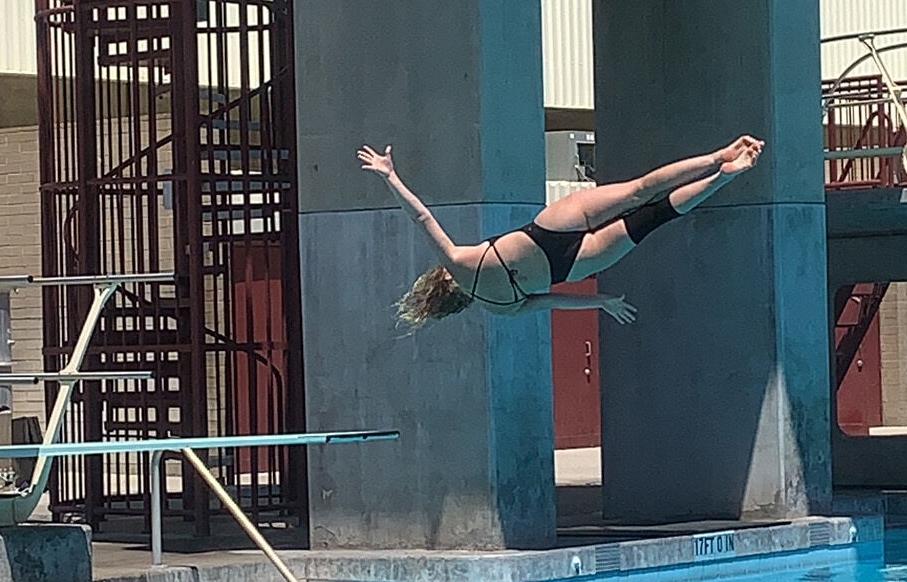 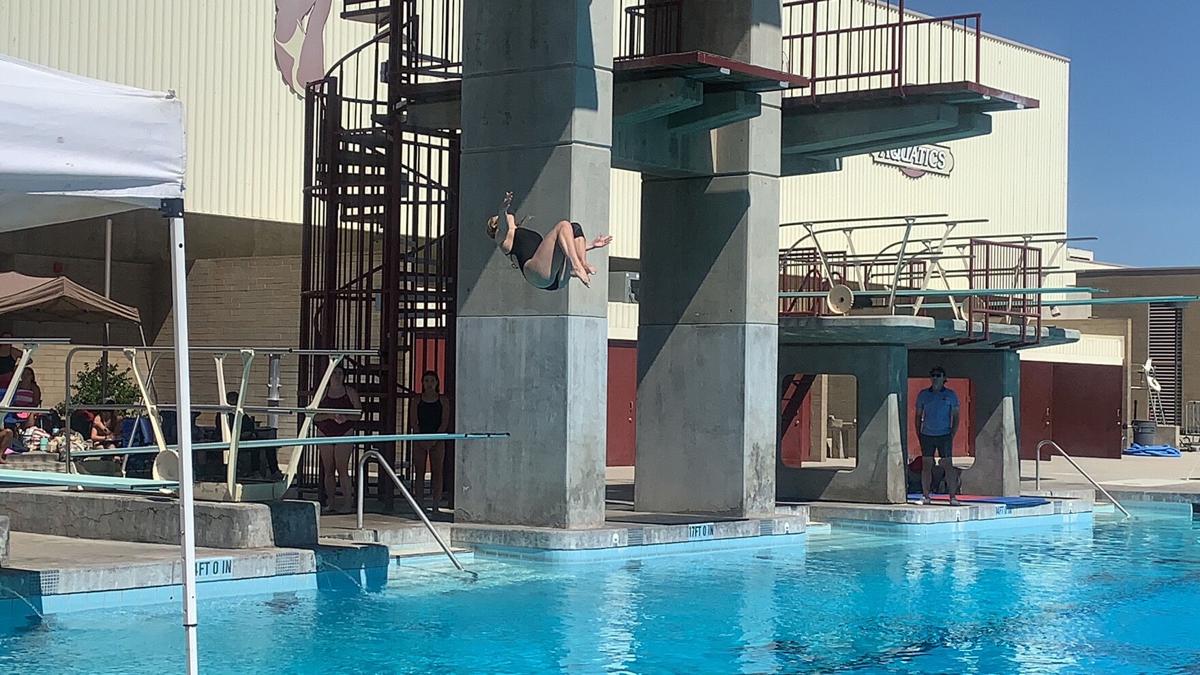 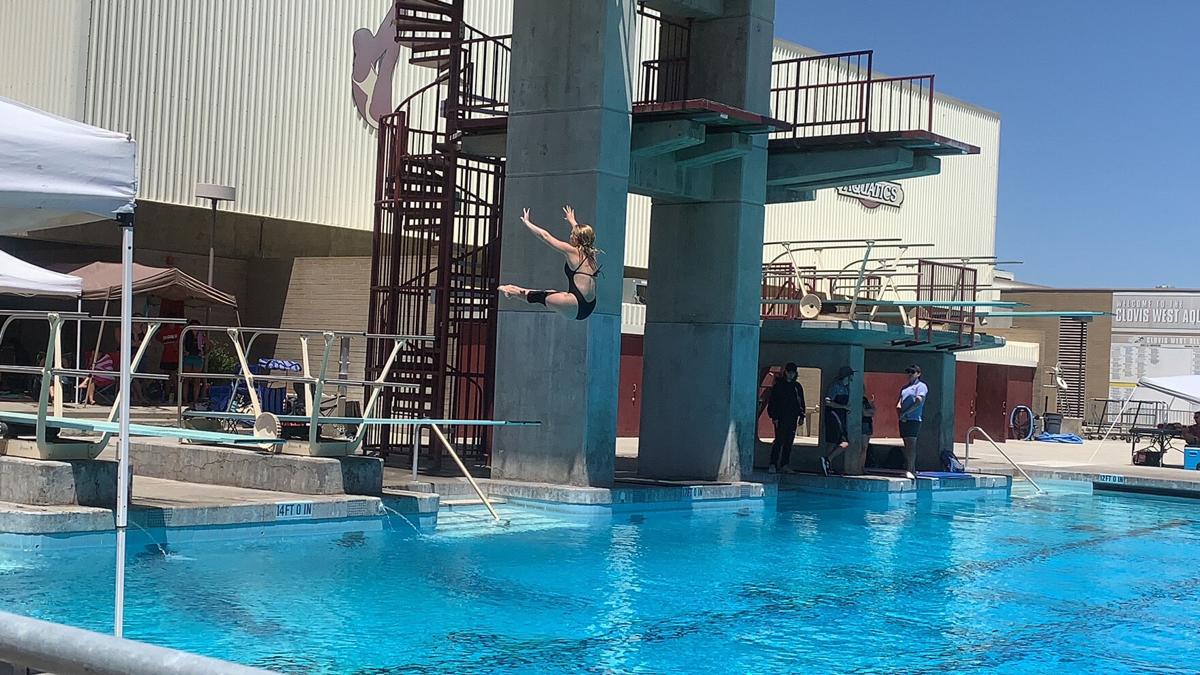 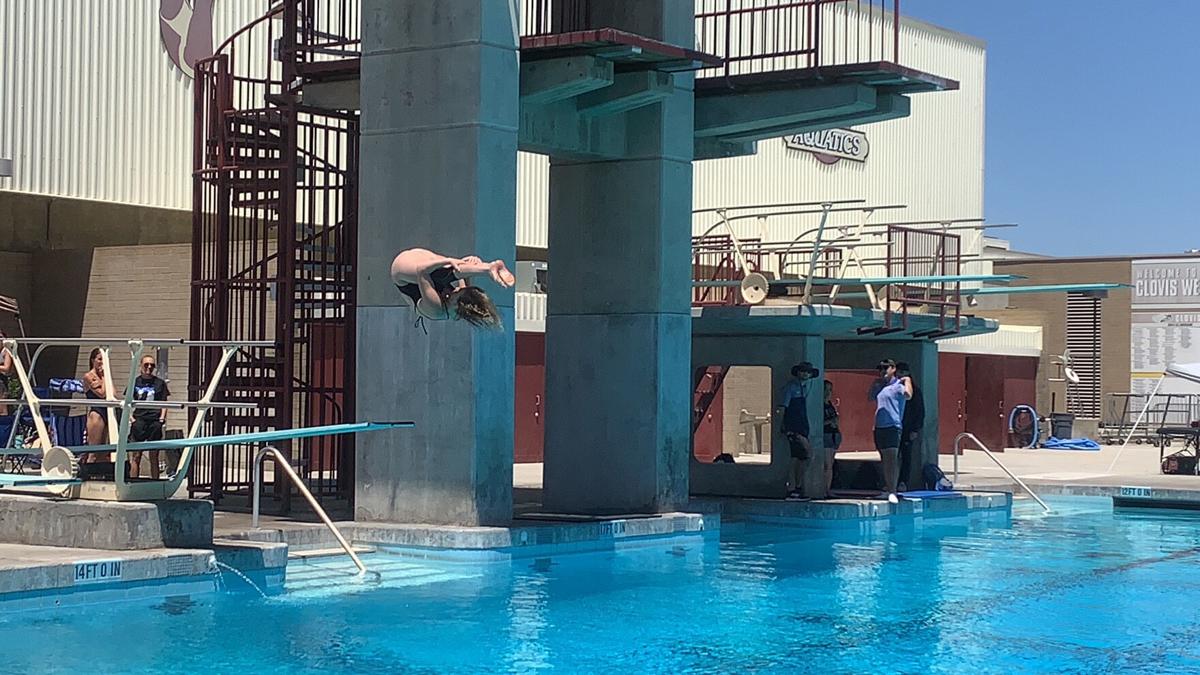 It’s been a long road, one that took her 650 miles away from home and back again, but Karlee Taylor’s athletic journey was worth it.

The Stockdale senior, who lived in Mapleton, Utah for several months to continue her training when the COVID-19 pandemic forced the closure of area pools, showcased her talents last week, winning the 1-meter diving title at the Central Section championships at Clovis West High School.

“It was definitely worth it,” said Taylor, who finished eighth in the section as a freshman and fourth as a sophomore before the pandemic derailed her junior campaign. “I was away from (home) for four or five months, and at the time it was a little hard being away from my friends and family. Especially during my senior year. I really didn’t get to spend a lot of time with my friends during my senior year. But it was definitely worth it to feel that satisfaction at the very end.”

After moving to Utah in August, Taylor’s path to section diving champion became even longer when she made an hour drive to daily training sessions near Salt Lake City after completing her studies at Stockdale virtually.

Taylor’s efforts received a temporary roadblock when persistent injuries to both her feet and heel, the result of the rigors of 10 years of gymnastics, forced her to miss nearly two months while she recovered from foot surgery in January.

The surgery on her foot was the fifth procedure she’s endured for a variety of issues with both feet.

“(Gymnastics) really took a toll on my whole body,” said Taylor, who is planning to attend Utah State next year, strictly as a student, majoring in Kinesiology with hopes of eventually working in sports medicine. “I don’t think I have had a year in high school that I haven’t been on crutches and eighth grade, too. I haven’t had the best healing processes.”

Despite the injury setback, which resulted in aggravated knee, Taylor dominated the diving action at this year’s section meet, finishing with 411.15 points, 30.9 points ahead of second-place Sage Adams from Paso Robles.

Even so, Taylor said she wasn’t sure she had done well enough to win until the results were announced over the PA system.

“To be completely honest, it wasn’t until the very end when they were announcing who placed, as soon as they said the second-place girl, that’s when I knew,” Taylor said. “But before that … I felt like I was pretty close with this other girl because I had a higher difficulty than her, but her dives were clean. And I didn’t have my best meet of the year, but we both had a pretty solid meet, so I wasn’t 100 percent sure until they said her name.

“Honestly, I was just so happy. I’ve been working toward this for four years now … I was like alright, junior year is my year. But then COVID kind of shut everything down and I didn’t really have a season at all. So this year, it was really exciting. I was really happy.”