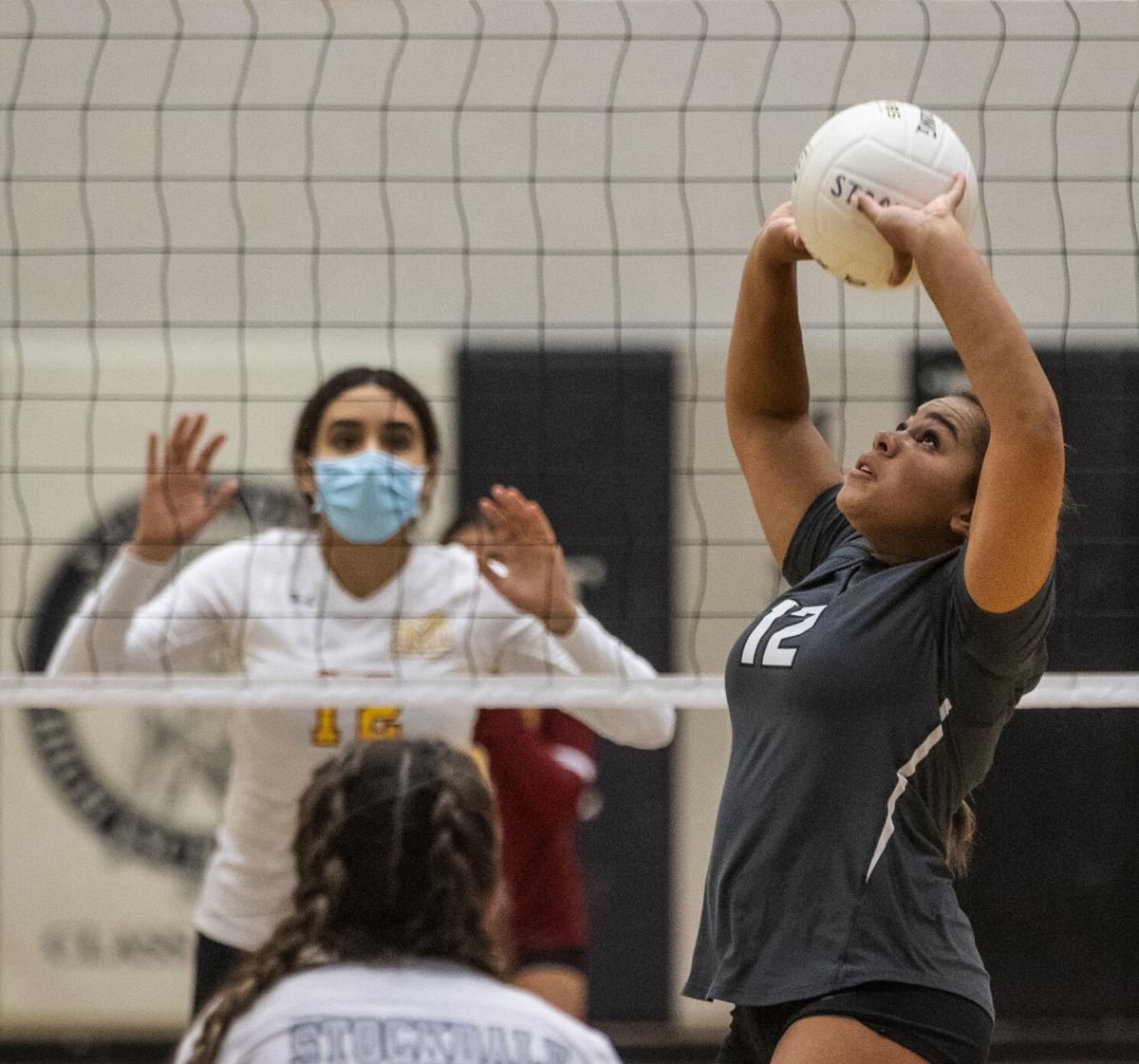 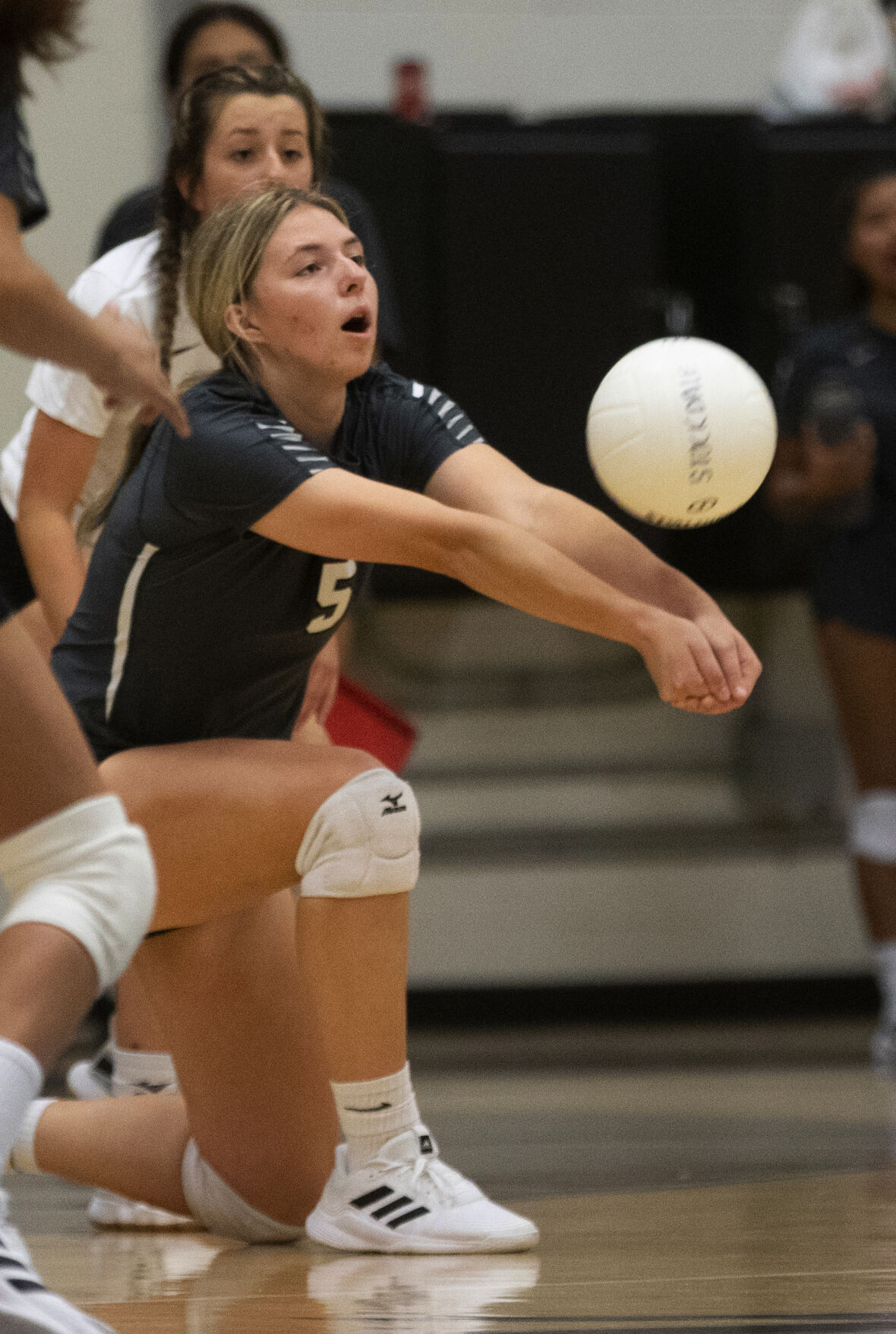 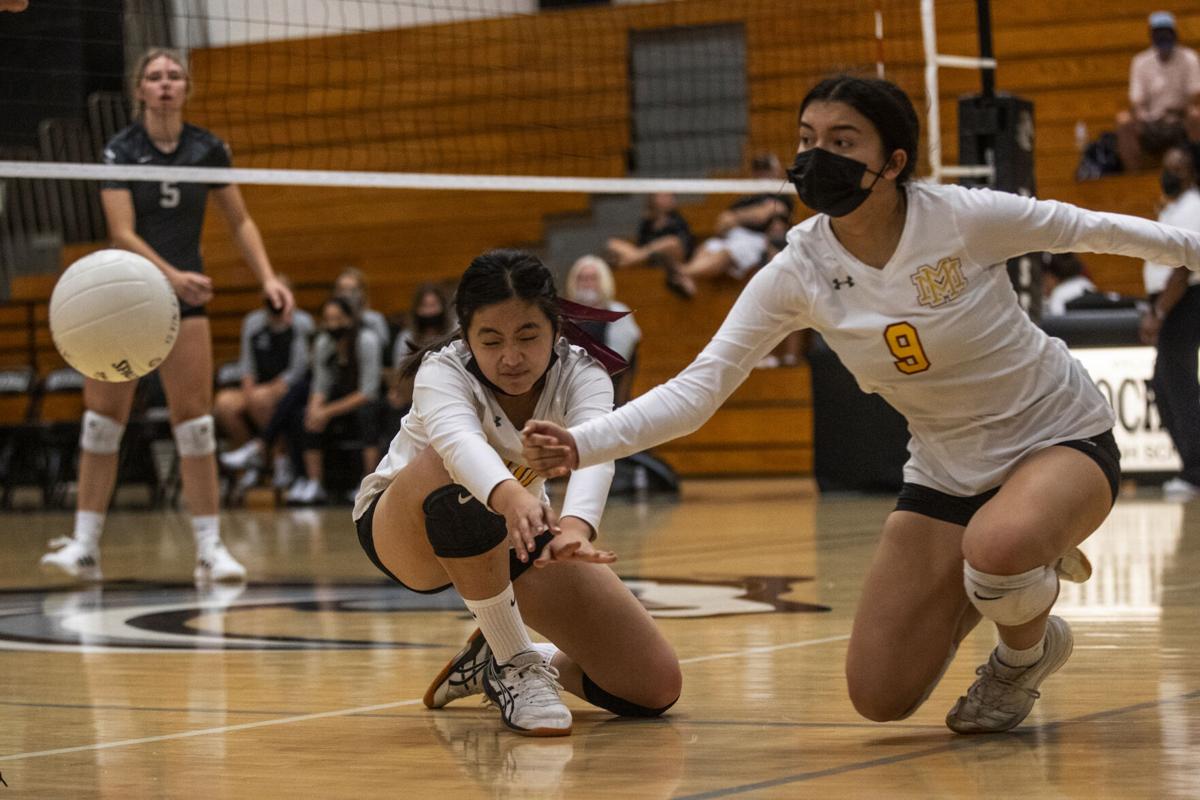 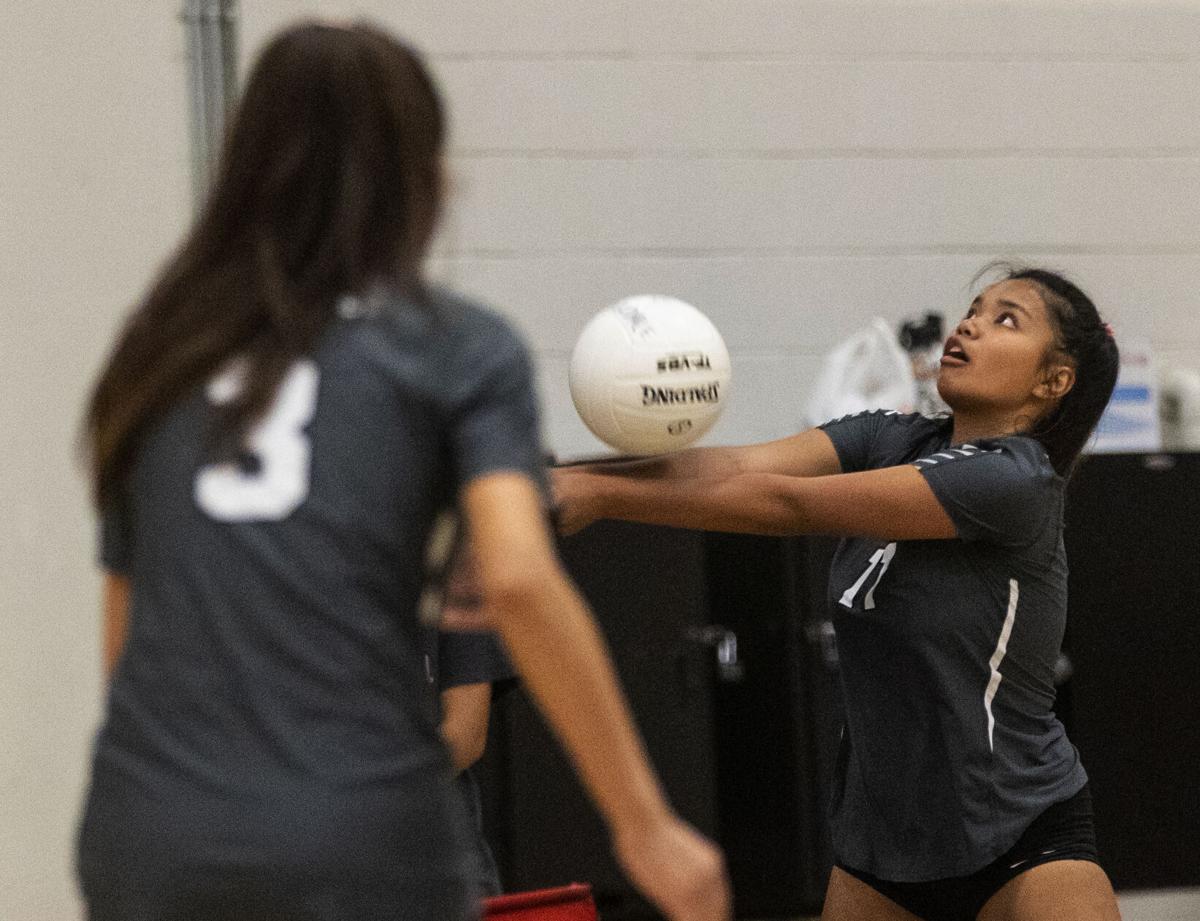 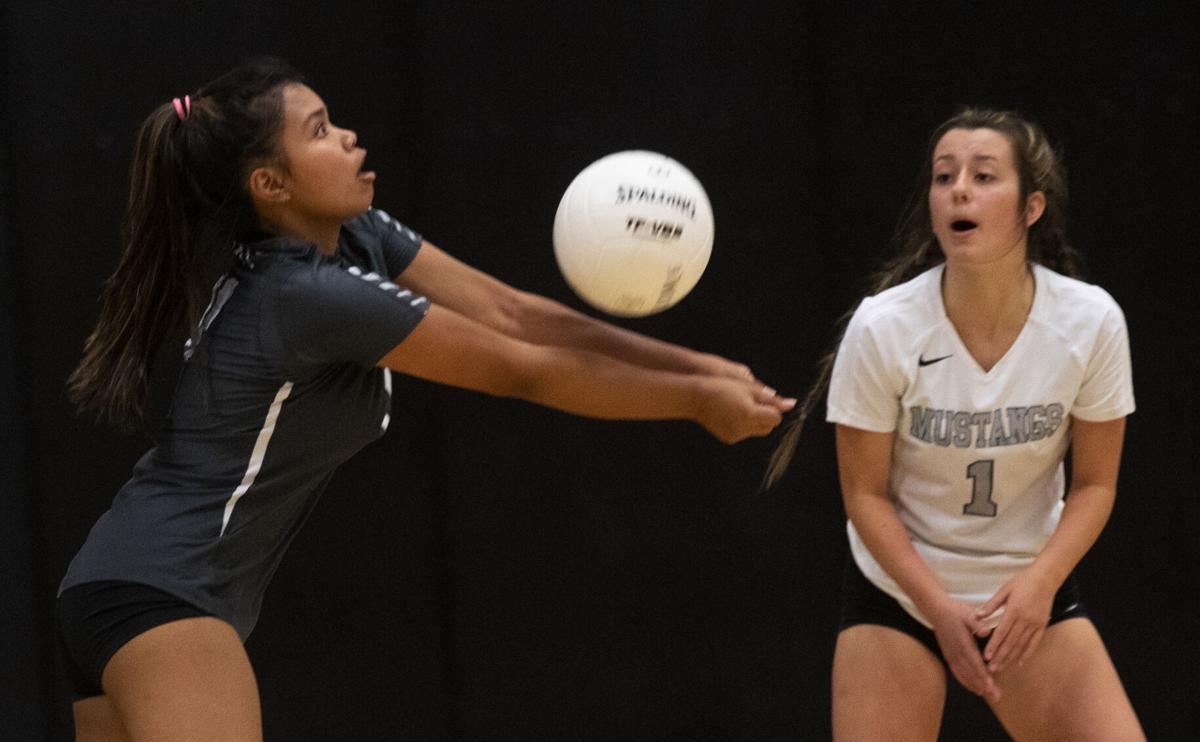 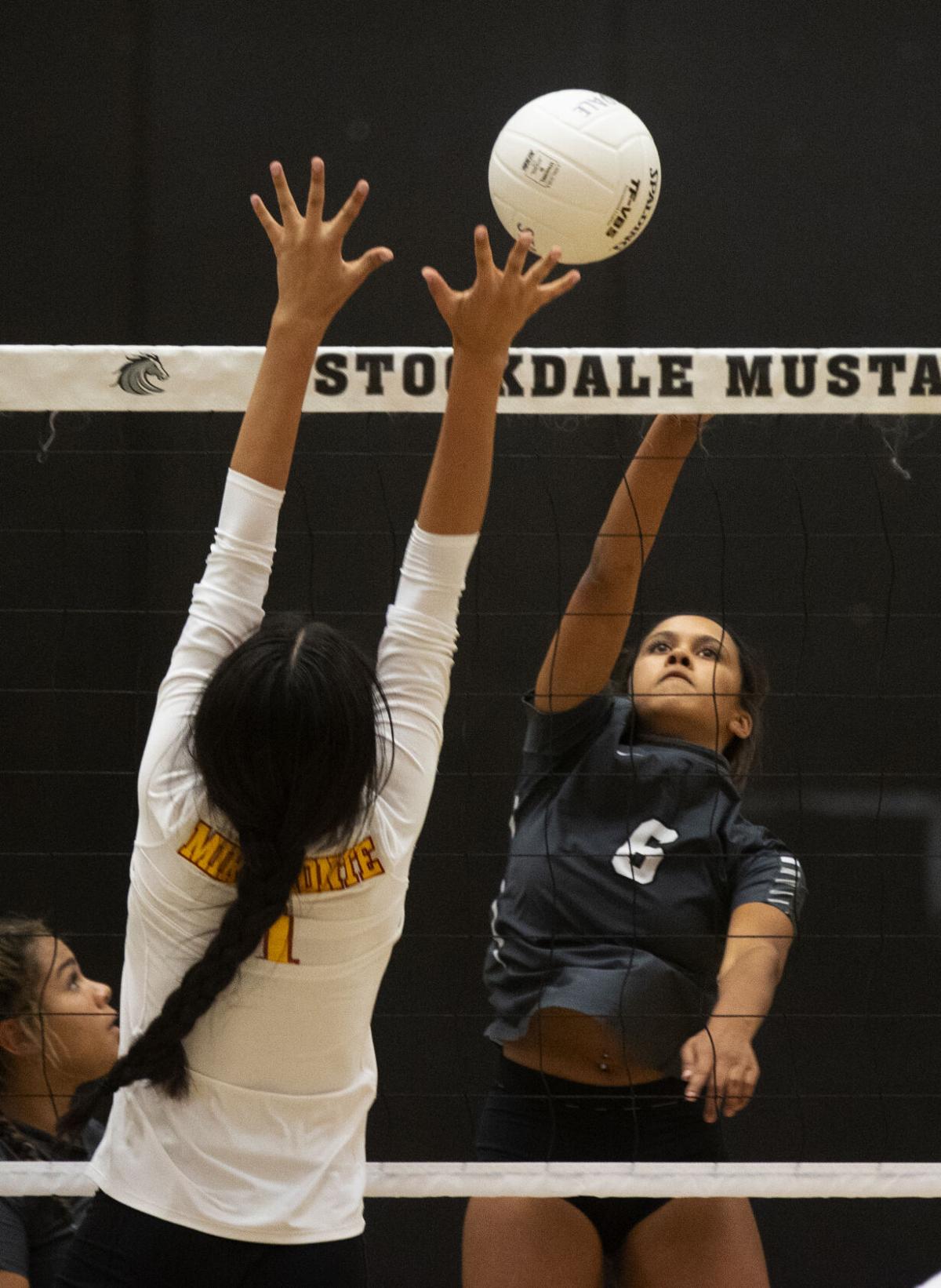 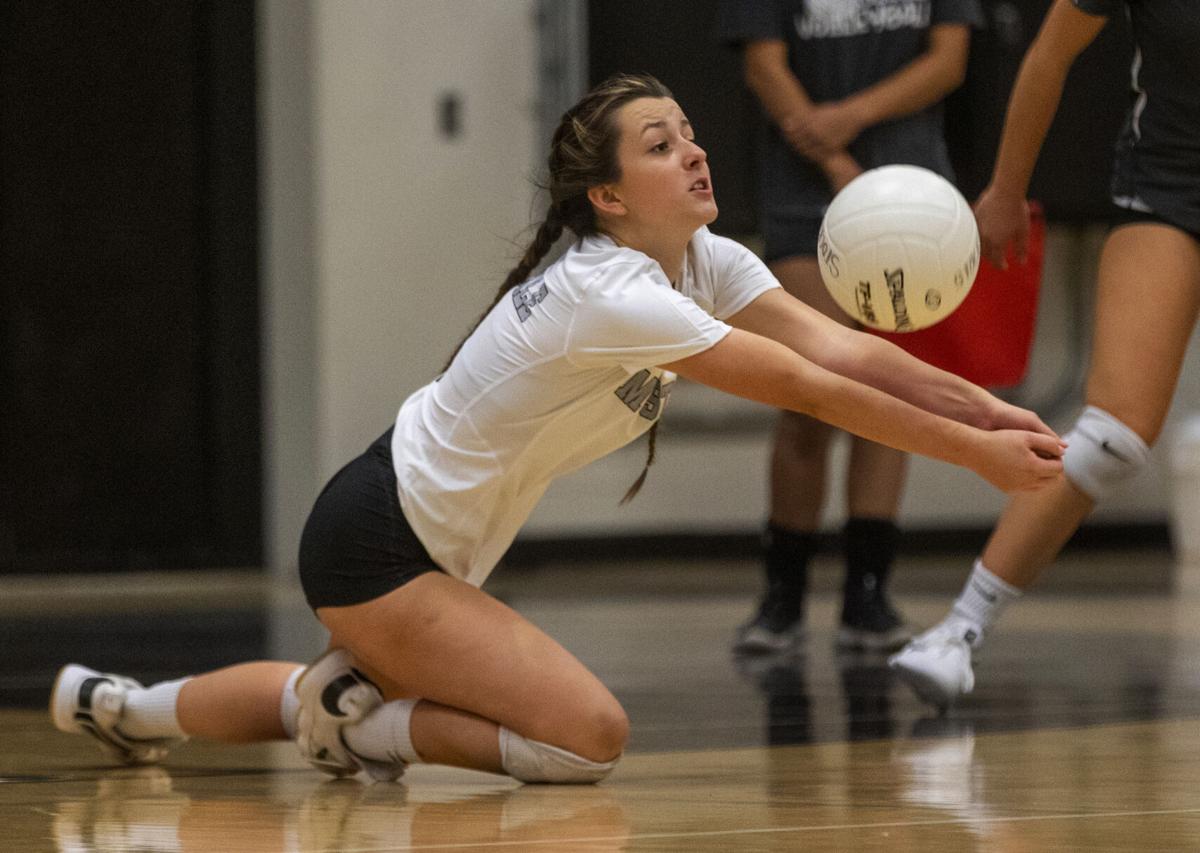 Stockdale's Abby Chester lunges for the ball during Wednesday night's match against Mira Monte at Stockdale.

Stockdale's Abby Chester lunges for the ball during Wednesday night's match against Mira Monte at Stockdale.

As far as home openers go, it’s hard to imagine it going much better for the Stockdale volleyball team on Wednesday night.

The Mustangs took control early and dominated the action against an inexperienced Mira Monte squad, sweeping to a 25-11, 25-14, 25-13 victory in Stockdale’s first home game with fans since a five-set victory over San Luis Obispo on Nov. 5, 2019 in the second round of the Central Section Division-II playoffs.

“I loved every minute of tonight,” Stockdale coach Maria Collatz said. “I mean just to be back in our own gym, having a game with a crowd, it was fun. And the girls, I thought, responded really well to a couple of things we’re working on.”

Stockdale (7-3), which opened this season with nine road games in 12 days, used a balanced attack with seniors Morgan Cole and Kamryn Henderson, and sophomores Sophie Schonauer and Taylor Henderson leading the way.

“One of our goals for this match was to try some stuff,” Collatz said. “Let's get out of our comfort zone a little bit and run some different offensive stuff. And I thought we did a pretty good job.”

Cole had seven of her game-high 15 kills in the third-set clincher, as the Mustangs opened up a 14-5 advantage, forcing a Mira Monte timeout. After a Lion net violation pushed the lead to 15-5, Mira Monte scored a sideout and then showed life with a 3-0 run capped by two straight aces by Guadalupe Marquez to trim the deficit to 15-8.

But Cole followed with two straight kills, and then added two more a few minutes later to build Stockdale’s advantage to 20-9, just five points from closing out the match.

“You could tell we’re a year and a half behind some of the girls,” Mira Monte coach Jenae Long said. “Our setter came from frosh-soph two years ago. Last year she did swim so this is her first year on varsity. But overall, they’re just working hard in the gym everyday, making progress everyday. They know they’ve got a lot to fight for. They know they have to put a lot of work in, too, so it’s just a work hard, play hard kind of day when it comes to practice.”

It was much of the same in the opener, with a steady dose of Kamryn Henderson, Cole and Schonauer helping the Mustangs to a 5-1 start and leads of 14-7 and 17-8. Henderson, who finished with 13 kills, had four of her seven kills in the set to help close out a 25-11 win. Schonauer capped the win with a kill.

“Stockdale’s outside hitter (Cole), she’s amazing,” Long said. “I look forward to seeing what they do in their league. As for us? We have a lot of work to do on the court. We’re still trying to find our starting lineup. Our two setters on the court played different sports (in the spring) so we’re still trying to remind them that they’re leaders on the court. It’s nice to know that we’re still in preseason. We have a couple of tournaments to roll into, and prepare for league.”

In the second game, the Mustangs scored the first five points, with senior Abby Chester scoring three straight aces. The lead ballooned to 19-6 following a block by Cole, an ace by Hope Enriquez and another kill by Cole. Schonauer, who finished with nine kills on the night, closed out the second set with an ace.

“I missed it, I missed last year, with a very abbreviated season,” said Collatz with a huge smile on her face. “I missed just being in the thick of things and being around kids all of the time. And getting to know them. That was the difference with last year’s team. There wasn’t enough time to get to know the personalities, which is the part that I love.