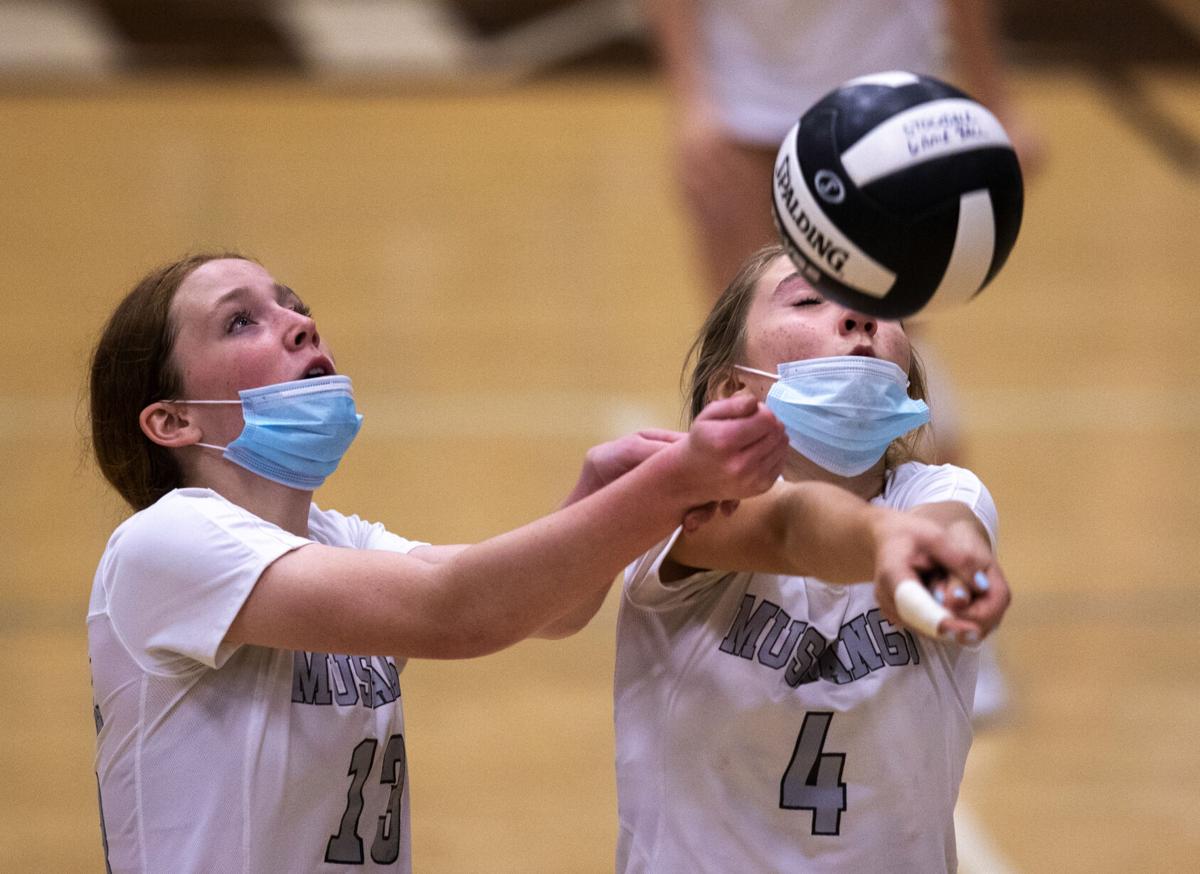 Stockdale's Viena Perier, left, and Sophie Schonauer line up for a return against Frontier on Tuesday night. 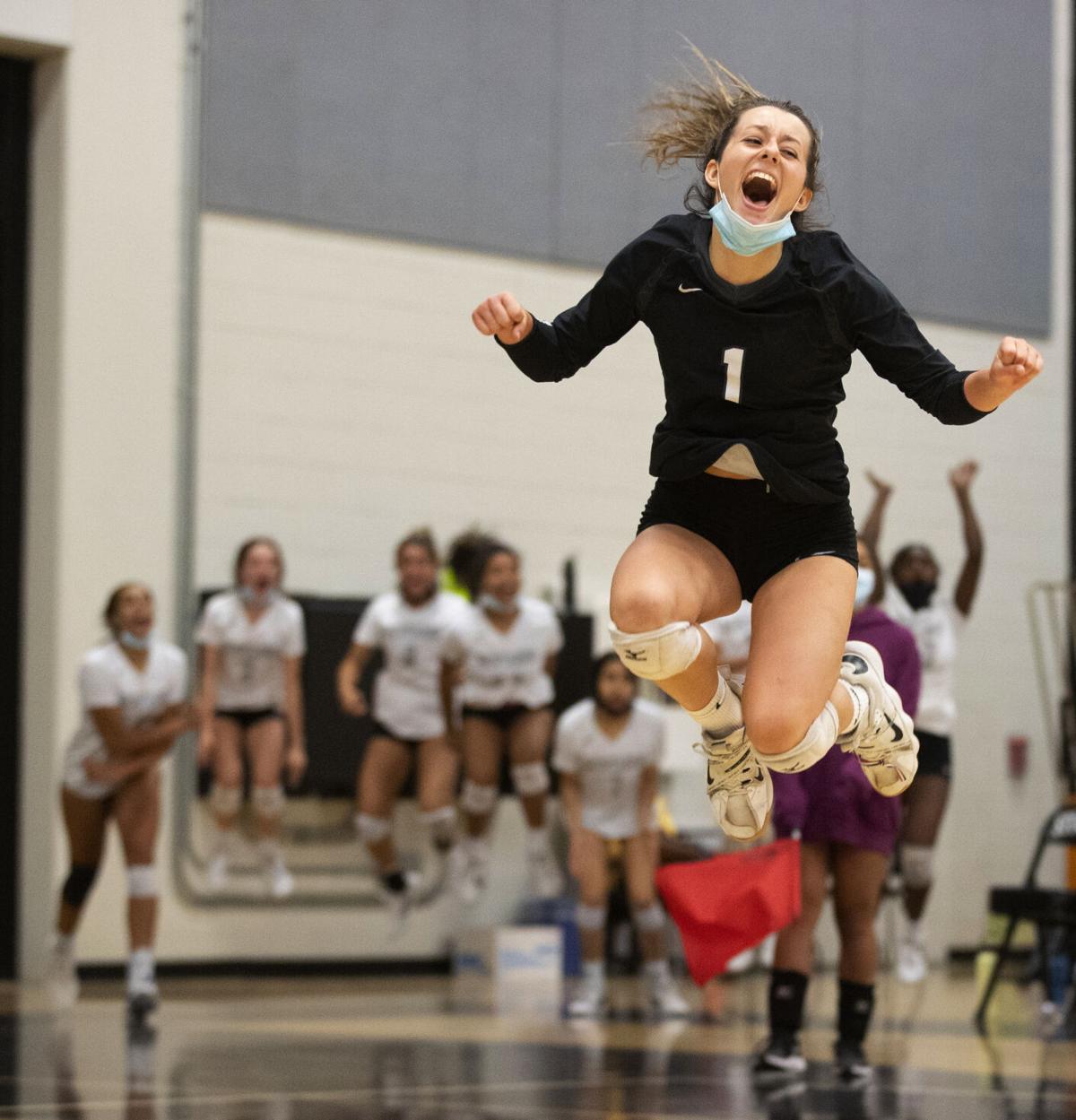 Stockdale's Abby Chester leaps into the air after winning a set against visiting  Frontier on Tuesday night. 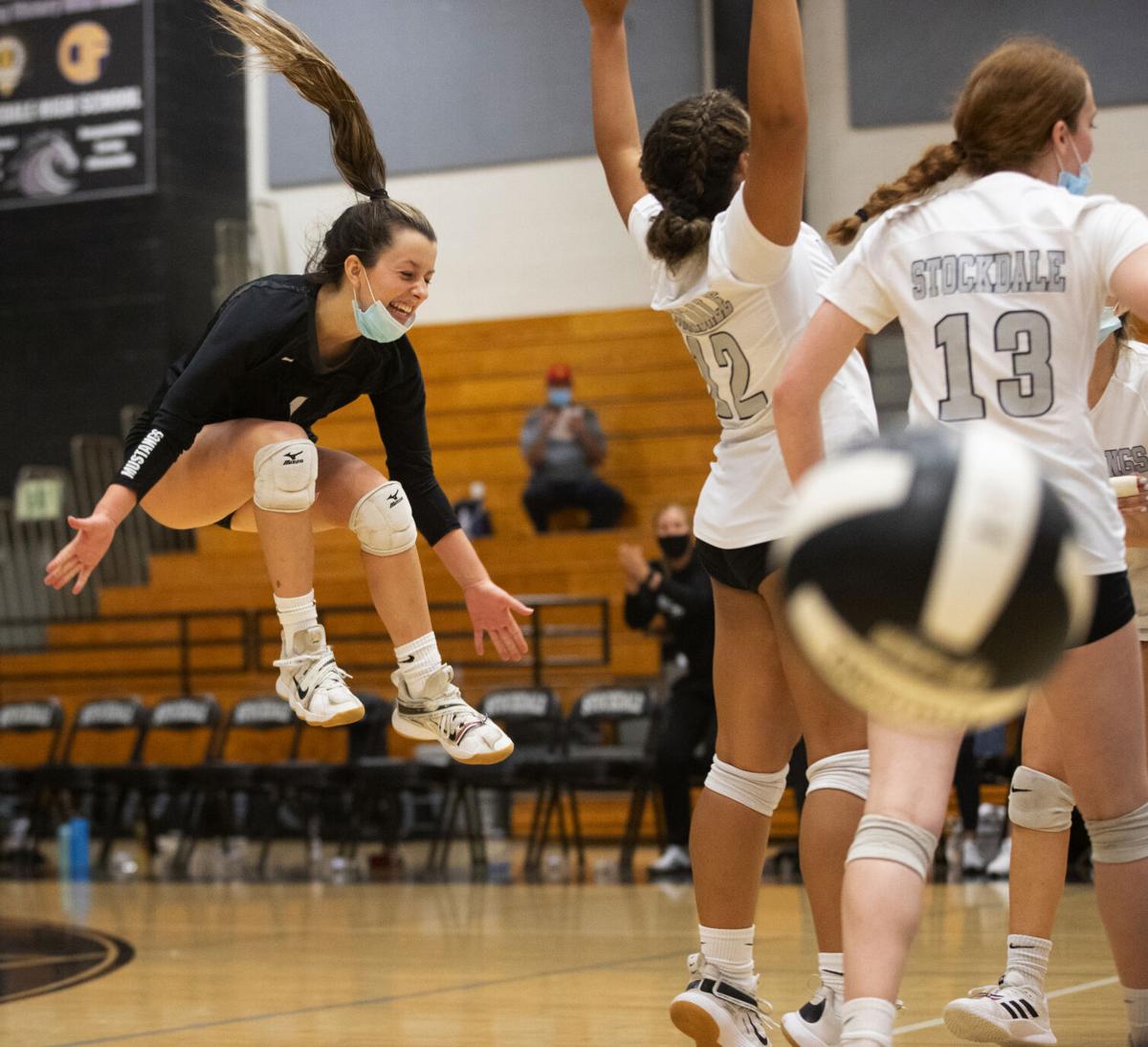 Stockdale's Abby Chester celebrates after the Mustangs won a set against Frontier on Tuesday night. 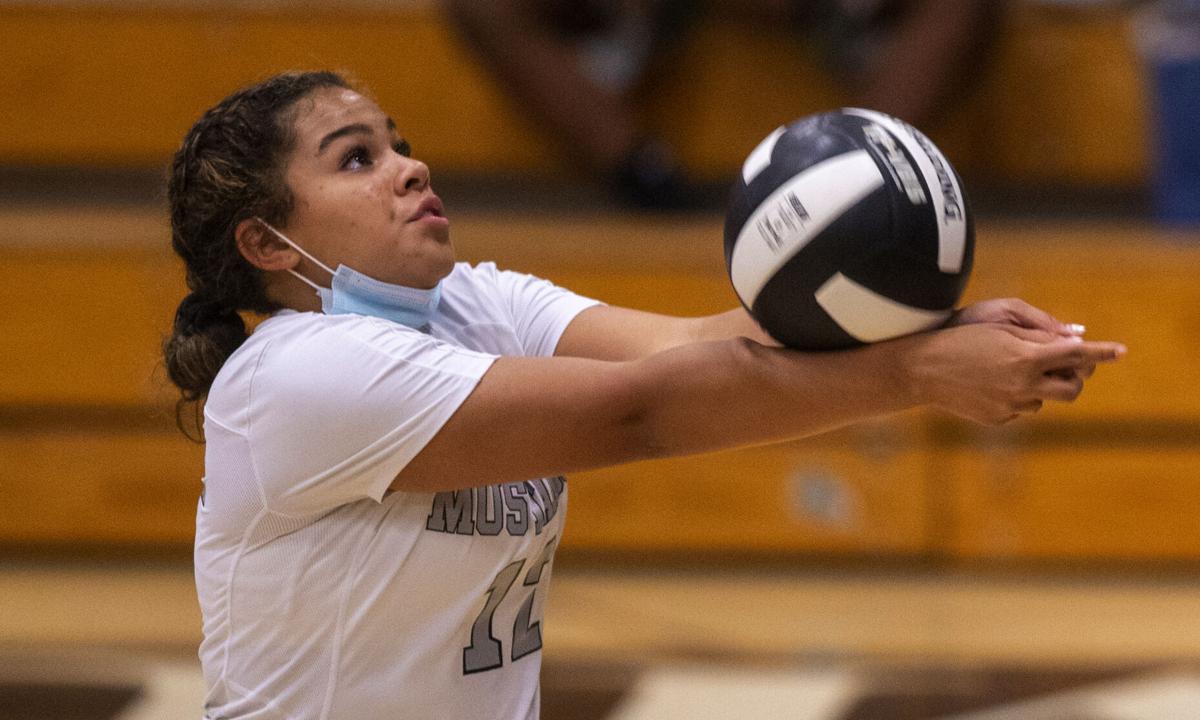 Stockdale's Viena Perier, left, and Sophie Schonauer line up for a return against Frontier on Tuesday night.

Stockdale's Abby Chester leaps into the air after winning a set against visiting  Frontier on Tuesday night.

Stockdale's Abby Chester celebrates after the Mustangs won a set against Frontier on Tuesday night.

Talk about living on the edge. The Stockdale volleyball team did just that in Tuesday night’s Southwest Yosemite League opener against Frontier.

The Mustangs dug themselves a hole in all three sets before rallying late to win each in one of the more unusual, hard-fought sweeps in recent memory.

“Well, I’m super proud of them because any time you get yourself into a deficit or a hole it shows character to come back like that,” Mustangs coach Maria Collatz said. “So I’m super proud of them, but my hat goes off to Frontier, too, because they’re a very good team to put us in that position. It was just a great battle.”

After a slow start in the opening set, Stockdale (18-8) began to turn things around after falling behind 18-10 following a stuffed block by Titans sophomore Natalie Castillo, who finished with seven kills and five blocks. Teammate Natalie Duran had a game-high seven blocks.

The Mustangs began to chip away with Cole leading the way with four kills to spark her team to an 18-8 run to turn the tables and close out the set. Stockdale scored five straight points to regain the lead — it’s first since leading 2-1 — thanks to two aces by senior Abby Chester. Chester also had 10 digs.

Frontier (4-7) regained its composure and moved one point from winning the first set with three straight kills by Brooke Shepherd, but a kill and two aces by Mustangs sophomore Sophie Schonauer gave her team an improbable opening-set win. Shepherd had nine kills on the night, with Monet Panther tallying a team-high 20 assists.

“We battled and then got complacent everytime we pulled ahead,” Titans coach Katie Gardenhire said. “And, Stockdale outplayed us on defense, completely. They wanted it more tonight.”

Frontier picked up its play in the second set, and led virtually the entire way, and moved ahead 17-15 on a kill by junior Stevie Yursik, who finished with 10 kills and three aces. But once again, the Mustangs were able to regain the momentum.

Cole and freshmen Viena Perier had two kills and Taylor Henderson added an ace as part of a 5-0 spurt to give Stockdale a 20-17 advantage. Verier closed out the set with two of her 11 kills. She also had 15 assists and eight digs, while Henderson finished with 18 assists, nine digs and three aces.

“We mentally did not push through to finish,” Gardenhire said. “Stockdale played a great game. They simply outplayed us tonight, and we struggled getting stuck on defense and not having the heart on the court that we needed to push through.”

In another marathon set, the Titans led the third set most of the way, and had four set points in an effort to pull within 2-1.

With the Mustangs trailing 24-22, Kamryn Henderson (nine kills) and Cole each had a kill to knot the game at 24 apiece. Facing set point again, Cole tied the score at 25 with another kill, with Perier scoring a block and a kill to give her team a 27-26 before Bree Lewis scored a point at the net to close out the match.

“That’s one of the things we need to work on because there’s so much emotion in this game and so many ups and downs,” Collatz said. “I’m proud of the fact that when they were down, they learned how to bring it up.”