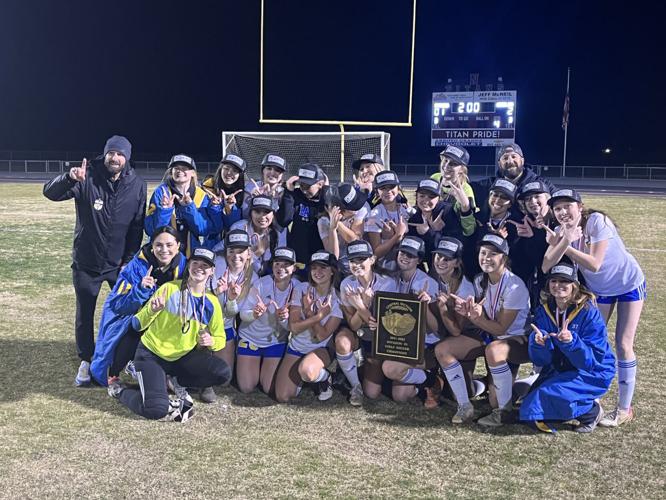 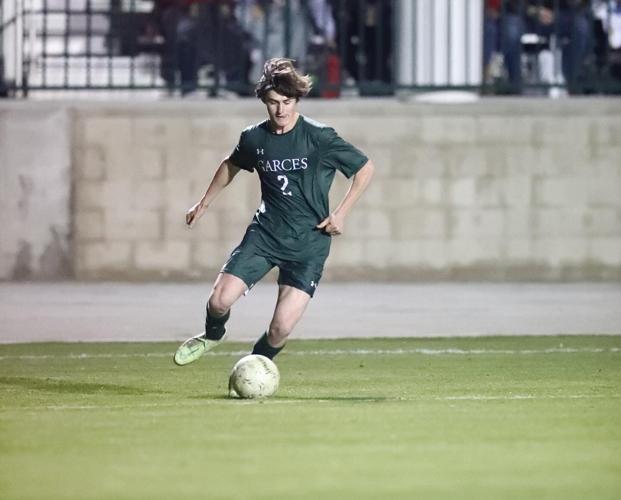 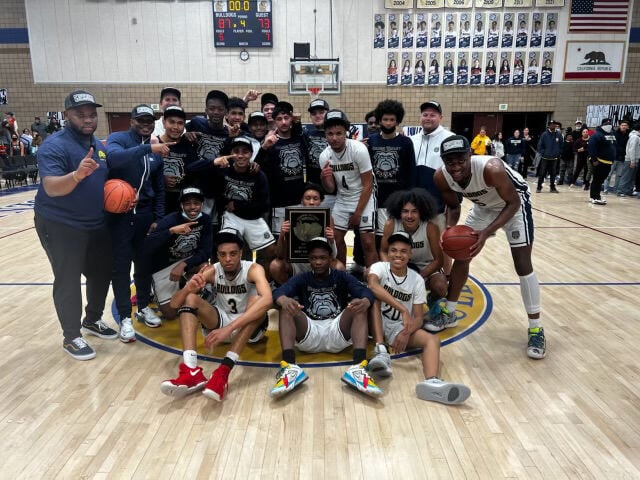 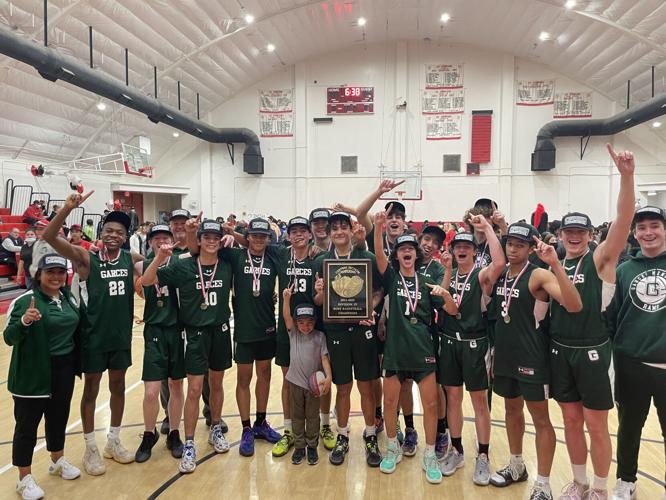 The Garces boys basketball team poses with the championship trophy after capturing the Central Section Division IV championship on Thursday. 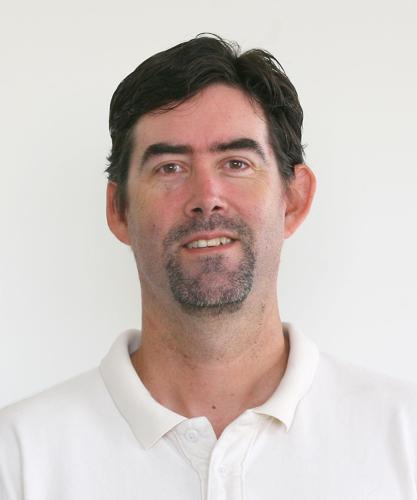 The Garces boys basketball team poses with the championship trophy after capturing the Central Section Division IV championship on Thursday.

A winter storm blew through Kern County last week, and I’m afraid it’s going to take me a few weeks to recover.

And no, I’m not talking about the recent cold snap that brought freezing temperatures and forced the closure of the area’s mountain passes due to excessive ice and snow.

Although a bit disruptive to travelers, local agriculture and to the family dog, the recent weather pattern pales in comparison to the force of nature that is the high school sports postseason this time every year.

This storm typically starts in early February as basketball, soccer and wrestling close out league play, builds steam around Valentine’s Day with the seeding announcements and wrestling divisionals and works itself into a frenzy by the final weekend of the month with section finals and the CIF State Wrestling Championships.

This year’s impact was no different, and certainly not unexpected. But the sea of playoff games is simply overwhelming, creating coverage challenges with the force of a tidal wave.

Difficult decisions have to be made, and inevitably, not every event can be staffed. It’s just not mathematically possible. I should know; I did the math.

Since the opening of the soccer and basketball playoffs on Feb. 15, there were 88 teams in action, competing in 142 games. Boys and girls wrestling teams had hundreds competing in the Central Section Area and divisional meets (Feb. 12), Masters tournament and state championships during that same timespan.

Those numbers also serve as a testament to the talent level of area teams that included 22 semifinalists, 11 finalists and seven Central Section champions. In wrestling, 54 area athletes qualified for the state tournament, resulting in one champion, one runner-up and six medalists.

Wrestling aside, here’s a summary of some of the fantastic accomplishments of Kern County’s finest in basketball and soccer the past few days:

Bakersfield Christian won its third straight section title, but first in Division I, with a 55-49 victory over Fresno-Central on Thursday night. The Eagles have reached the section final in each of the last five years and won the SoCal Regional D-III title in 2020.

Golden Valley lived up to its top seed in Division III and cruised to the program’s first section title with an 87-73 victory over No. 7 Atascadero on Friday. Four Bulldogs scored in double-digits, led by Jermaine Dabbs’ 25 points. Jlen Slaughter had 22, Markell Brooks added 17 points and 10 rebounds and Kmonte Jackson contributed 16 points and nine boards.

Garces completed an amazing run through the Division IV bracket, capping things off with its fourth upset victory, a 61-51 win over previously unbeaten and top-seeded Rosamond. The No. 14 seeded Rams (13-19), who were just 1-9 in the Southwest Yosemite League this season, caught fire in the playoffs with road wins over No. 3 Bishop Union, No. 6 East and No. 2 Tollhouse-Sierra. It was the program’s first section title since the 2012-13 season.

Frontier High, the No. 14 seed in Division II, also posted several road victories en route to reaching the program’s first final. The Titans defeated No. 3 Lemoore, No. 11 Fresno-Hoover and No. 7 Sanger before losing 54-51 to top-seeded Visalia-Mt. Whitney in the final. All four games were decided by five points or less.

No. 13 Kennedy made a similar impact in Division V, riding a wave of upset victories to a runner-up finish. The Thunderbirds created plenty of havoc, disposing of No. 4 Porterville-Granite Hills, No. 5 Visalia-Golden West and top-seeded Strathmore to reach the finals, where RFK lost 60-40 to No. 6 Visalia-Central Valley Christian.

Top-seeded Highland snapped a 52-year drought to win the program’s first Central Section title, finishing things off with a 46-33 victory in the Division V final over No. 14 Reedley-Immanuel.

Bakersfield extended their string of title game appearances to seven straight, advancing to the Open Division championship game for the first time. Although the Drillers lost to top-seeded Clovis West 49-39, the evolution of the program continues to rise. BHS lost to Independence in the Division II final in 2016 and 2017 and then won three straight D-II titles under head coach Rashaan Shehee. It is the Golden Eagles’ 10th straight section championship, including the last three in the Open Division.

No. 5 seeded Bakersfield Christian ended an eight-year championship drought with a 2-1 overtime victory at No. 2 Nipomo to win the Central Section Division III title. Trailing 1-0 at the half, senior Mikaela Bidart — who was played with a sprained ankle — took a long throw from junior Ella Wilson and scored to tie the match in the 70th minute. Midway through the second overtime period, junior Abby Buys scored her 23rd goal of the season off another throw from Wilson for the game-winner. Goalie Jaydah Close, one of five freshmen in the Eagles' starting lineup, made five saves to keep the game close.

North High scored only two goals in four playoff games, but found a way to make it work with a defense that held its opposition scoreless. The No. 11 Stars, who upset No. 6 West and No. 3 Rosamond by identical 1-0 scores to reach the Division VI semifinals, won on penalty kicks in victories over No. 2 Lindsay and No. 1 Porterville-Granite Hills to capture the program’s first section title. Prior to this season, North was a combined 1-39 in the previous three years.

It was business as usual for Garces, finishing off its fourth straight Central Section championship with a 2-0 victory over No. 2 Lindsay in the Division III final. The top-seeded Rams outscored their four playoff opponents 24-2.

Golden Valley rode a late-season surge to win the SWYL title and advanced to the Division II final, in search of its first section championship since 2013. The No. 11-seeded Bulldogs, who have won 12 of their last 14 games, fell short in the finals, falling 2-0 to top-seeded Visalia-Redwood after posting 2-1 victories over No. 6 Clovis and No. 3 Santa Maria-Pioneer Valley and No. 15 Paso Robles.

Although it wasn’t a section title, the Stockdale baseball team captured the Terrio Therapy Classic title with a 7-2 victory over Ridgeview in the title game. The Mustangs opened the tournament with a 2-1 win over Bakersfield Christian in eight innings, and then defeated Highland, Independence and Tehachapi to advance to the title game. For the tournament, Stockdale hit .386 as a team, outscoring its opponents 50-20 with 17 extra-base hits. On the mound, senior Holden Garcia didn’t give up an earned run in 12 innings, striking out 17, and senior Nick Brown was 2-0 with a 1.75 ERA.