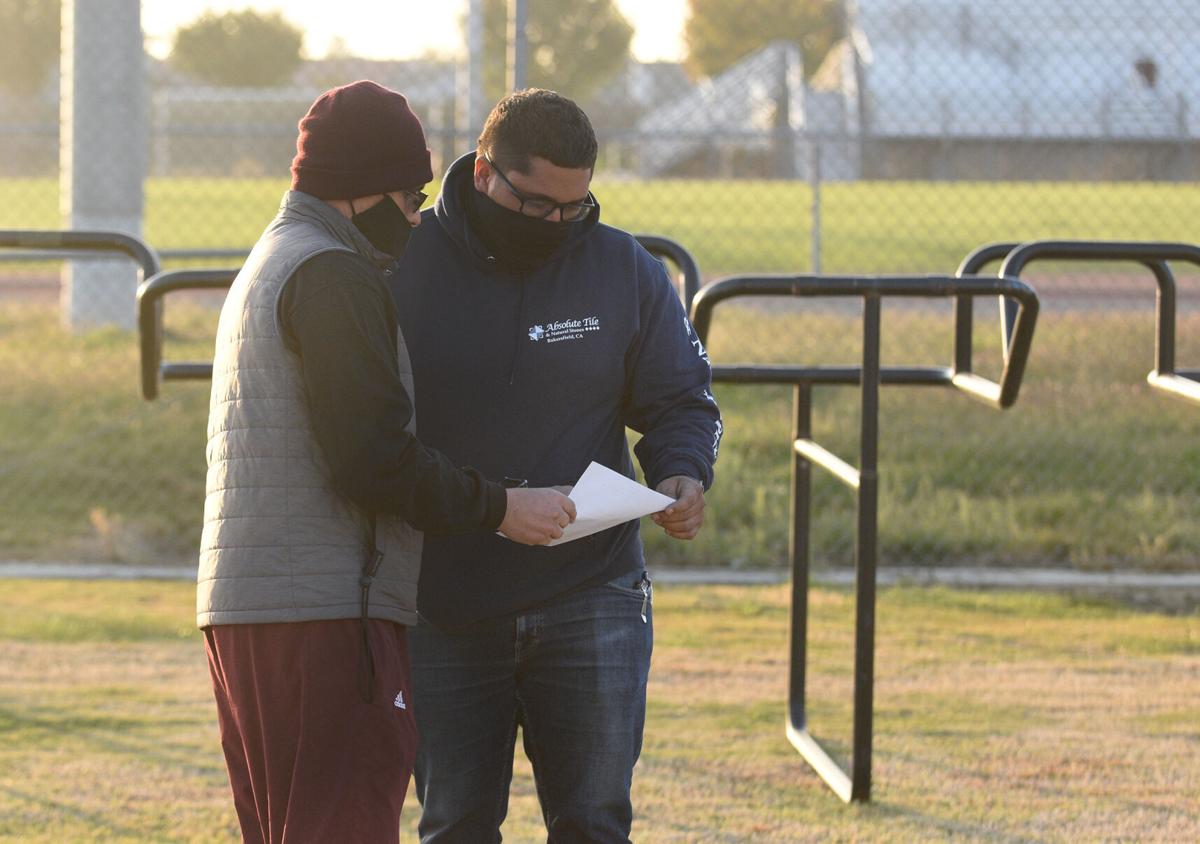 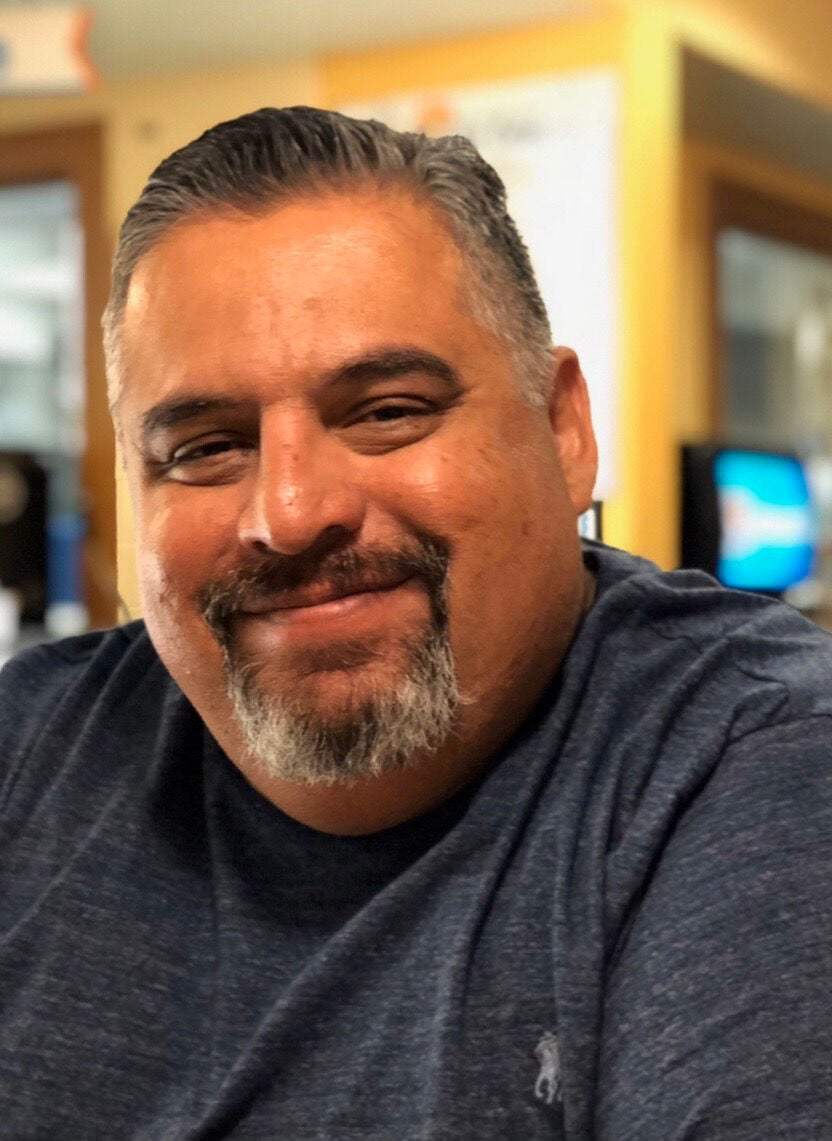 Frank Gonzales Jr., a 1986 Delano graduate, was hired as the Tigers varsity football coach in March.

Frank Gonzales Jr., a 1986 Delano graduate, was hired as the Tigers varsity football coach in March.

While the majority of Kern County high schools prepare for the return of most — if not all — athletics in the coming weeks, some of the smaller outlying communities are being a bit more selective and cautious in how they plan to proceed.

The Delano Joint Union High School District, which represents Kennedy, Chavez and Delano, voted to cancel its football season last week and has no intention of entertaining thoughts of playing indoor sports this school year. Taft, Tehachapi and McFarland have made similar decisions, opting to devote their resources toward their traditional spring sports schedule.

Specifically, that means baseball, softball and track and field, with some schools offering golf, tennis, swimming and diving, are on track to play a limited schedule at these schools. Cross country is already running an abbreviated season at most schools.

"We will be following CDC, CIF, district and state guidelines to ensure a safe return to athletics," Yasencham said in a text. "We are still in the process of determining the approval of other sports beyond traditional spring sports."

But no football, and no basketball, wrestling or volleyball at the other four schools, despite Thursday’s court ruling that paves the way for those sports to potentially return to action. The Kern High School District, which cleared football teams to return to practice on Monday, has still not made a decision on outdoor sports.

Suffice to say, there’s plenty of confusion as the local youth sports landscape seemingly changes week to week, day to day, and in some cases, hour to hour.

The primary motivation for the Delano, Taft and McFarland high schools’ decision seems to be simple enough — safety, centered primarily around providing enough time for the student-athletes to get in proper shape.

“We had a board meeting and we presented the board our information, our status or coaches’ opinions and how they felt about moving forward with a (football) season,” said Valeria Rodarte, Kennedy athletic director the past three years, who also has experience working as an athletic trainer. “Obviously we’re a smaller school. We don’t have the luxury of a lot of athletes. So just the lack of year-round conditioning, weight training, and just preparing for the season that we traditionally do …

“So I think trying to rush kids back, because we haven’t been doing anything, (was not a good idea). Other schools have had the opportunity to condition. We did for about two weeks, but then we weren’t able to continue (due to COVID-19 concerns). I mean how do you implement six months of training and get them ready in two weeks?”

In addition to questions about safety, there are also concerns about being able to have enough athletes to field teams since a larger percentage of the athletes in these areas play multiple sports, Rodarte said.

“The safety issue of course, and then obviously trying to move forward with spring sports,” Rodarte said. “Again, we’re a small school. So we felt to try to give spring sports an opportunity to succeed, and focus and emphasize its season … By opening up other sports to compete during the same season it would have impacted our spring sports in a negative way. Meaning, our numbers, we wouldn’t have been able to field full teams. So when we presented that to the board, they agreed, and we fully agreed that it was best for us to just move forward with spring sports.”

Taft principal Mary Alice Finn had a similar view when trying to determine the best course to follow regarding the upcoming sports season, and feels that since spring sports teams were not able to have a season last year due to the COVID-19 pandemic that the school wanted to make sure they did everything we could to allow them to have a season this year.

No matter the reasons involved in canceling certain sports, the decision to not play football was difficult to hear for some affected football coaches, who had hoped that recent announcements by the Kern High School District to bring back football might lead to a season in their areas, as well.

“It was a little disheartening to be honest with you, because we started to hear things in February about possibly playing,” Chavez football coach Jesse Ortega said. “My seniors were really looking forward to it, and it’s not just about the seniors. It’s the state of the program. It wasn’t easy, but I kept on my guys about staying positive, and that I was going to keep going forward, and this was back in August, September, October, November … I was still working toward it like we were having a season. And as we went further and further, obviously my hopes started to dim a little bit, but I never let them know that. I just wanted to make sure they did everything they could just to be ready, just in case.”

The news was not a surprise for Kennedy coach Mario Milan, but he says it didn’t hurt any less.

“It’s true that we kind of expected it, the way that things were being drug out,” Milan said. “I didn’t see the potential to have a season, and if there would be, it would be a very quick season. But as it drew closer, I started thinking they might make this happen, and we might get in a five-game season. So I was caught in these peaks and valleys, and as it turns out all of the (KHSD) is doing it. Some districts are all in and some are not.

“At that moment it became real. I thought to myself, ‘this could have happened, we could have played some games.’ It’s one of those situations where I was ready to not play, and I think as a group we came to have an inner peace with that, but when the reality of it hit, after there was the potential that we could have played, it was disheartening to say the least.”

First-year Delano football coach Frank Gonzales Jr. was also sad to hear of the news of the canceled season, but he is trying to keep things in perspective.

“My first reaction for not playing was disappointment, but in the light of things, safety of the kids, their families and the coaches are obviously of the most importance. So I think that supersedes my personal emotion or reaction. When you stop and think about it, you want to make sure they have those safety measures in place. I mean, I felt bad for the seniors because they were part of a team last year that went winless and they had some redemption that they wanted to do this year. But all you can do is embrace this thing and move forward, and start planning to go full-steam ahead for the fall.”