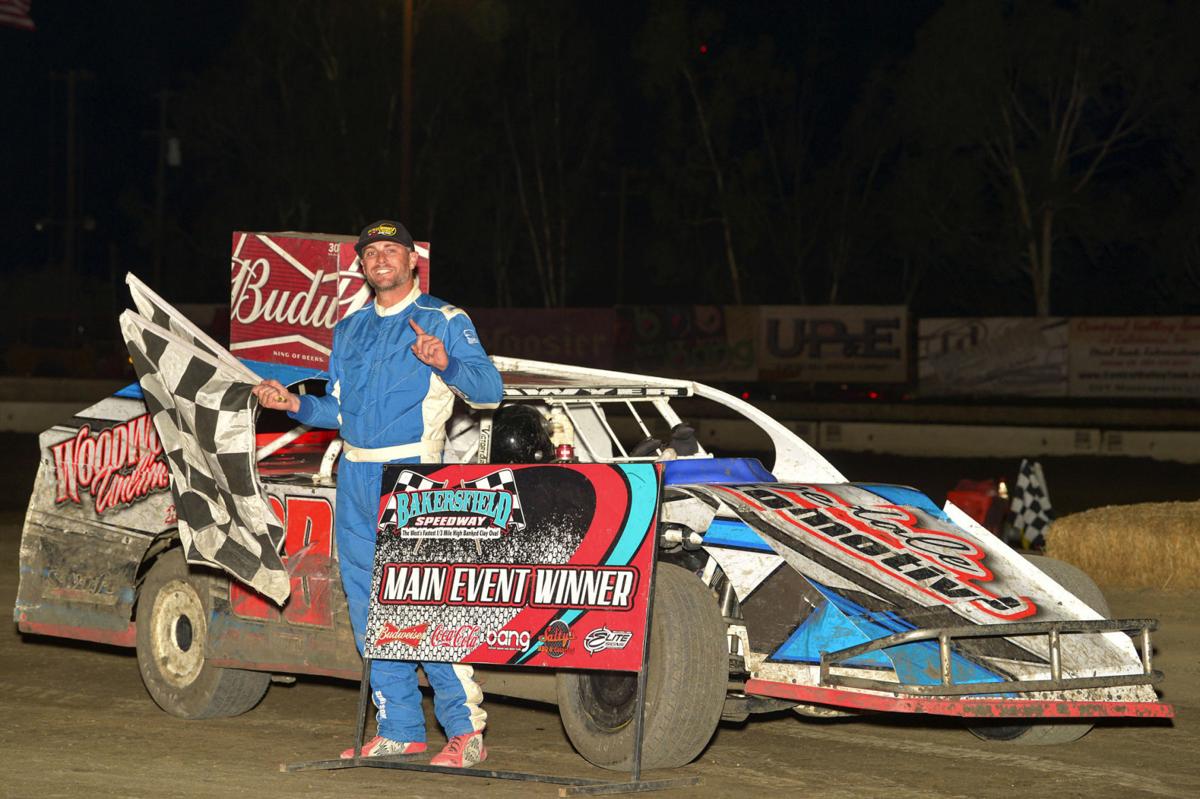 Robby Sawyer has been racing less and winning more in 2019. 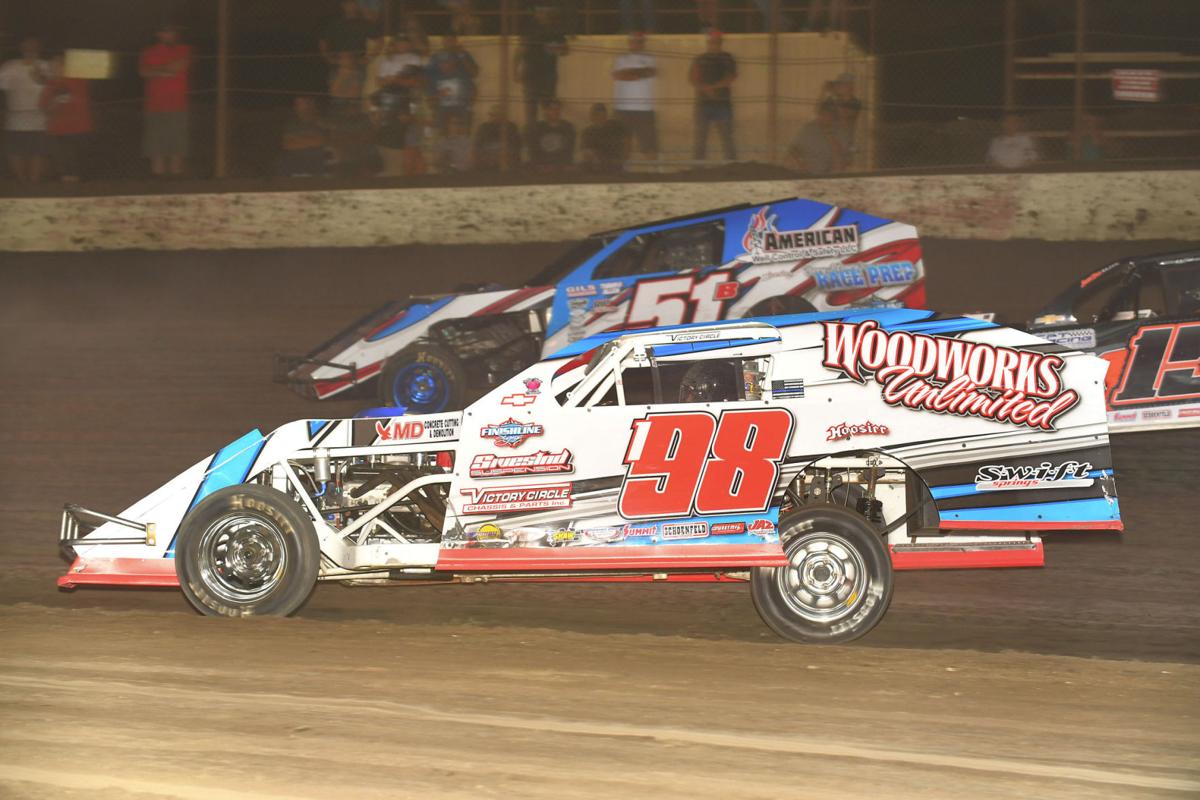 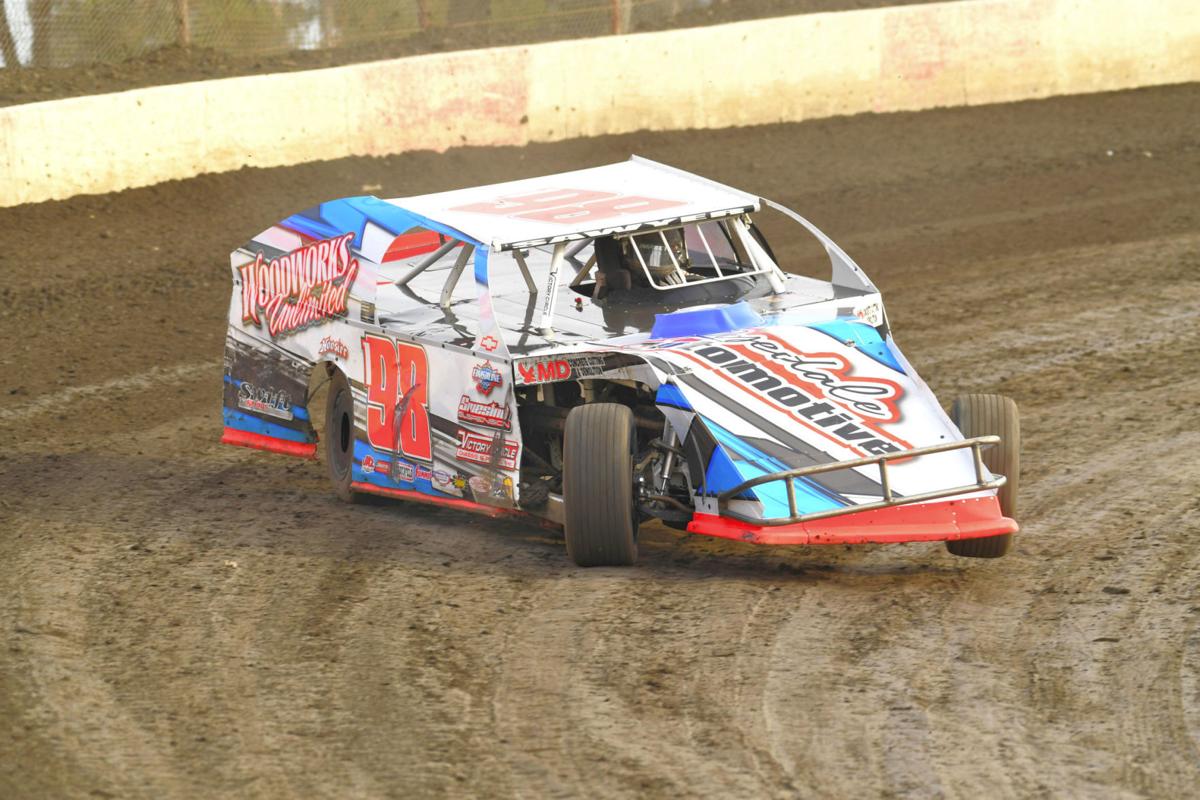 Two of Robby Sawyer’s wins this season came on the Speedway’s third-mile clay oval. He would like nothing more then to come away with another victory or two. 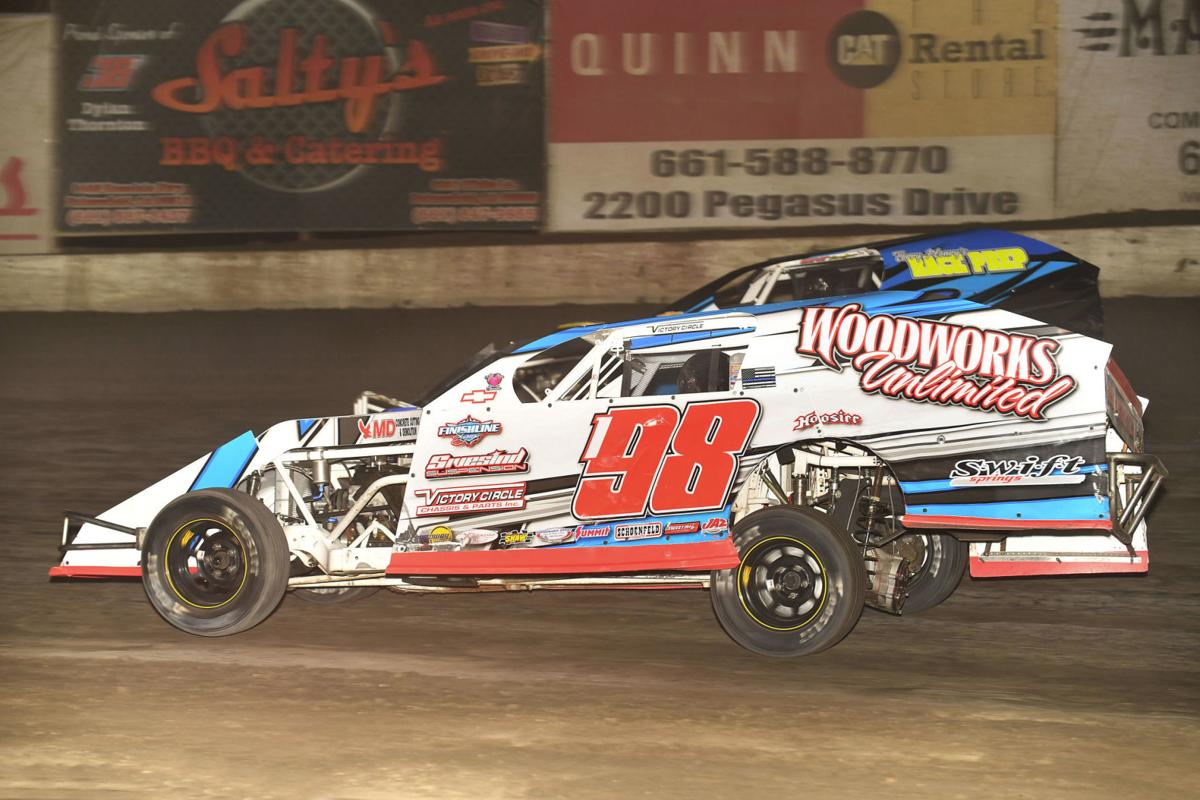 Robby Sawyer has raced plenty at Bud Nationals but doens't have many first place finishes to show for it. He hopes this year is different. “We’re always up there," he said. "The cards just haven’t fallen in place for us.”

Robby Sawyer has been racing less and winning more in 2019.

Two of Robby Sawyer’s wins this season came on the Speedway’s third-mile clay oval. He would like nothing more then to come away with another victory or two.

Robby Sawyer has raced plenty at Bud Nationals but doens't have many first place finishes to show for it. He hopes this year is different. “We’re always up there," he said. "The cards just haven’t fallen in place for us.”

The Bakersfield racer cut back on the number of IMCA Modified races he competed in and ended up with his highest winning percentage ever and the Bakersfield Speedway track championship.

“I usually race about 35 times but did some vacationing this year,” Sawyer said. “I raced 22 times and won eight. This is the most wins I’ve had in a season and they’ve come in the least amount of races.”

For the record, since it is playoff time in Major League Baseball, Sawyer is batting .364 heading into the postseason which begins with the 34th annual Budweiser Nationals Friday and Saturday at Bakersfield Speedway.

The event features seven different classes of cars. Late Models, Modifieds, Sports Mods, Hobby Stocks and Mod Lites compete in full racing programs on both nights. American Stocks are in action on Friday night and Pro Stocks take to the track on Saturday night. There will be 165 laps of main event races on Friday night and 200 laps on Saturday night. Plus all of the heat and other races each night.

“It’s a lot of cars and a lot of racing,” said track owner Scott Schweitzer, who has been at the helm for 17 years. “The Modifieds are where we see the biggest car counts and there’s always some big-name drivers.”

This year’s list of “big-name” drivers include Bakersfield’s Ethan Dotson, who became the first California driver ever to win at the IMCA Super Nationals in Boone, Iowa. Dotson won the first race at the Speedway but spent most of the season racing out of Iowa.

But it just so happens that many of the top drivers on the West Coast can often be found competing at Bakersfield Speedway.

Two of Sawyer’s wins this season came on the Speedway’s third-mile clay oval and he would like nothing more then to come away with another win or two.

“I’ve raced in the Bud Nationals 19 times and won one, in a Street Stock in 2004,” Sawyer said. “I’ve raced Modifieds for nine years and just cannot win it. One race I finished second both nights. I’ve had thirds, fourths … we’ve ran well but I haven’t been able to capitalize on it.

“We’re always up there. The cards just haven’t fallen in place for us.”

A few years ago, Hogge was just about unbeatable and it was joked that in addition to several of the unique guitars handed out to the winners Hogge also held the keys to the facility.

“Hogge used to be the guy to beat but everybody has stepped up their game,” Sawyer said. “The competition level has become insane. Cody and Ethan compete so many times back east and they learn so much.”

Sawyer said he’s as competitive as he’s ever been in a Modified but knows everything has to fall in place to win an October Classic race.

“If I could just win one night it would be a good weekend,” he said.

Late Models used to be a monthly show at the Speedway but were not on the schedule this year due to low car counts the last couple of years. That means this is the first time they will be on the track since last year’s Classic.

“I was only going to race them one night but I got some sponsorship and quite a few drivers have committed so that’s good,” Schweitzer said of the Late Models. “We had 18 on Friday last year and 19 on Saturday and should be around that again.”

Spectator gates open at 4 p.m. both nights with racing starting at 5.

When: Friday and Saturday. Gates open at 4 p.m. and races get underway at 5.