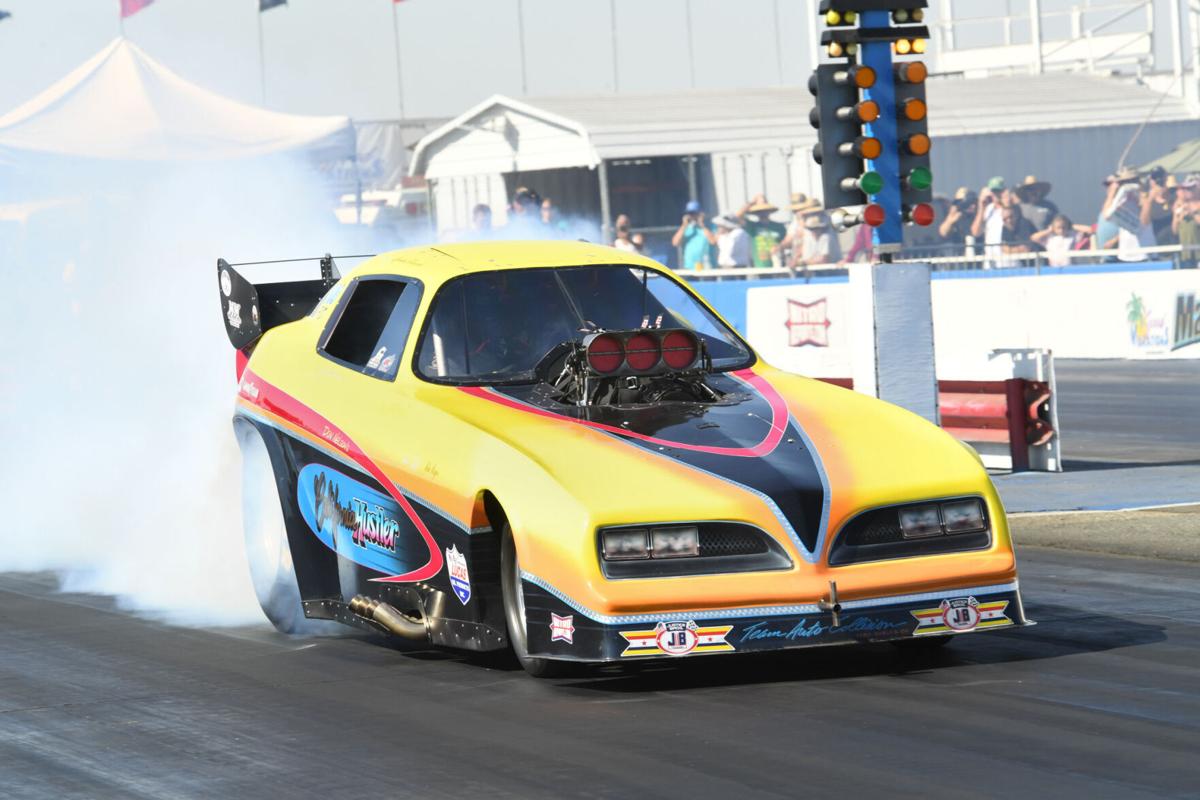 Kamaka Pocock of Bakersfield will be winding up his rookie season in the California Hustler Funny Car this weekend during the NHRA California Hot Rod Reunion at Famoso Dragstrip. 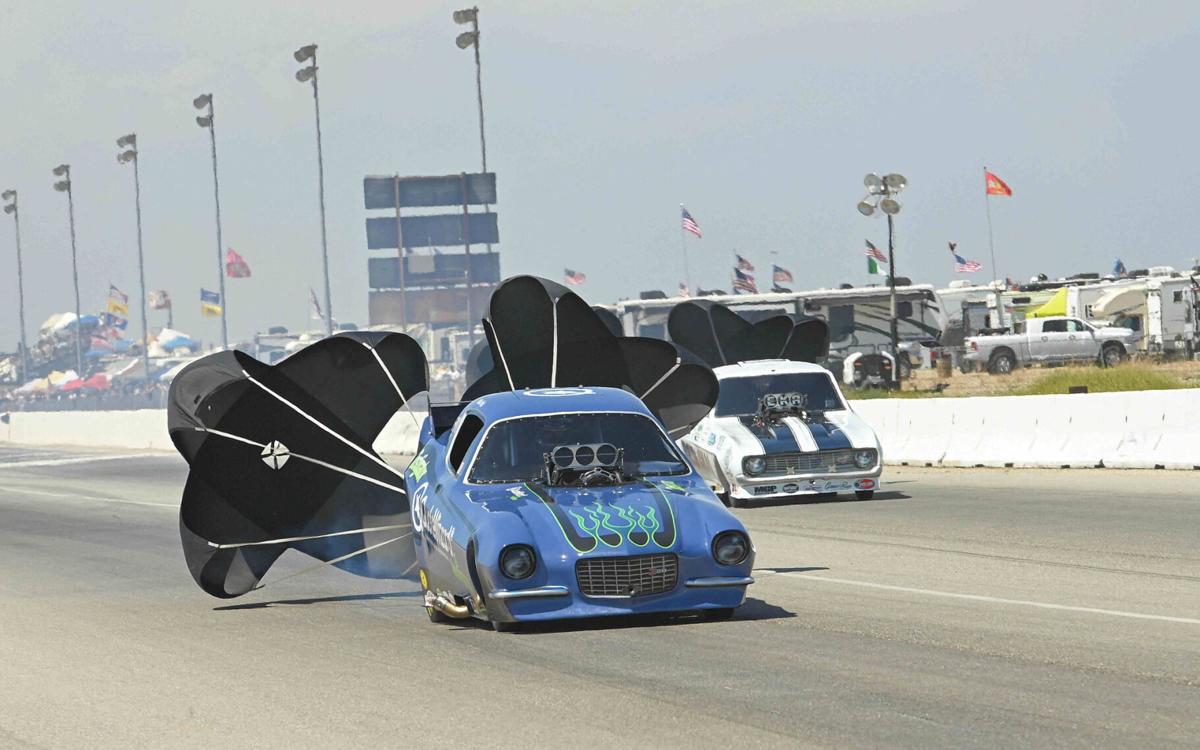 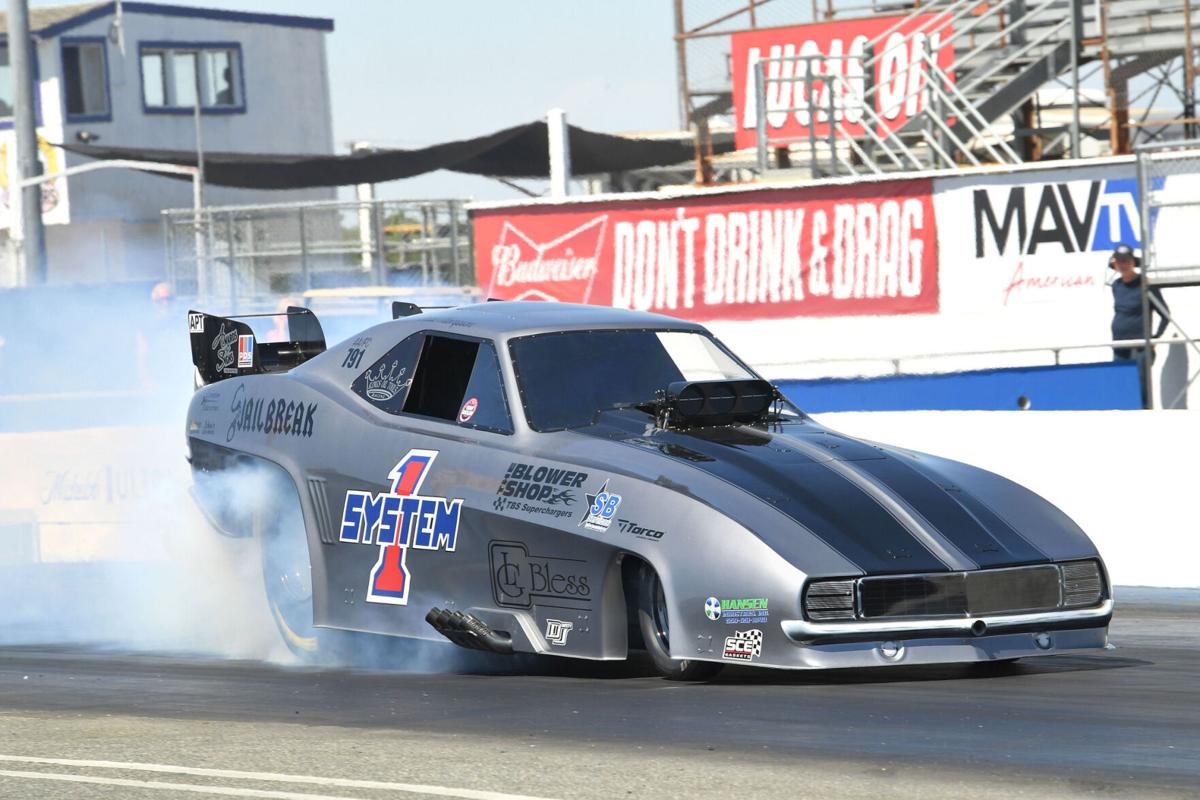 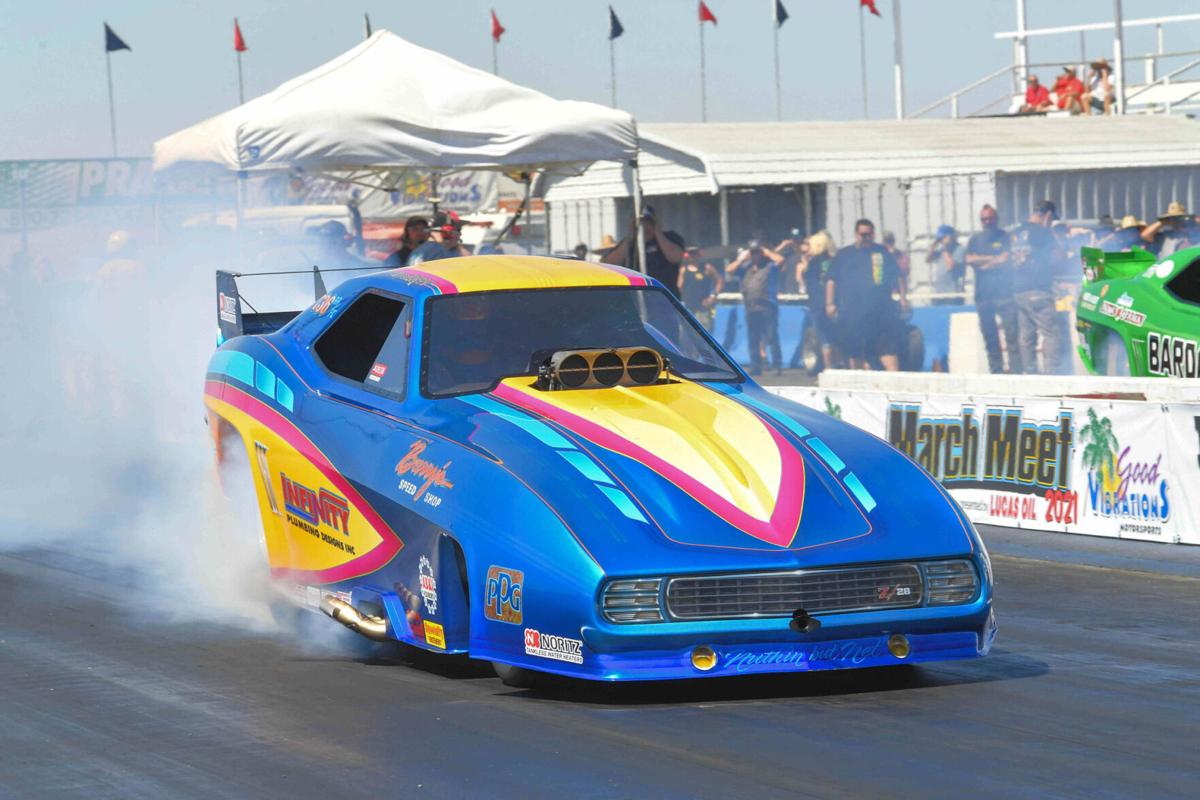 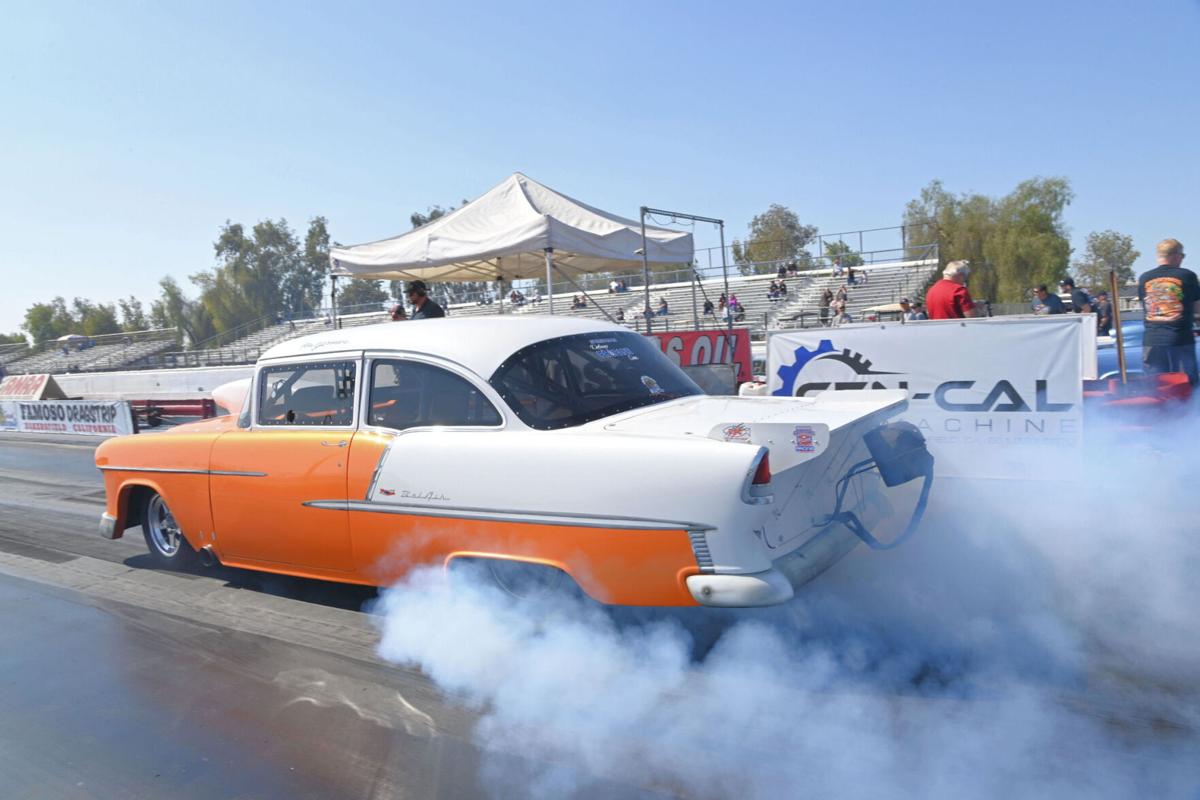 Tim Gorman heats the tires in his B Gas car 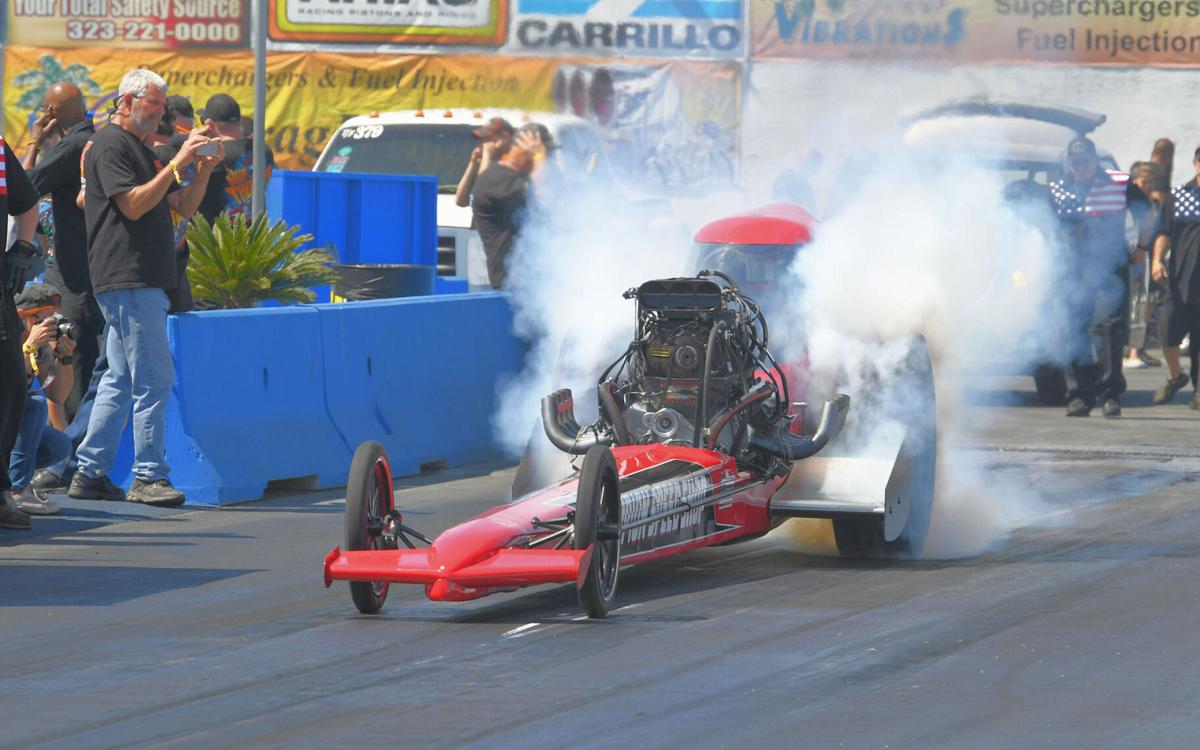 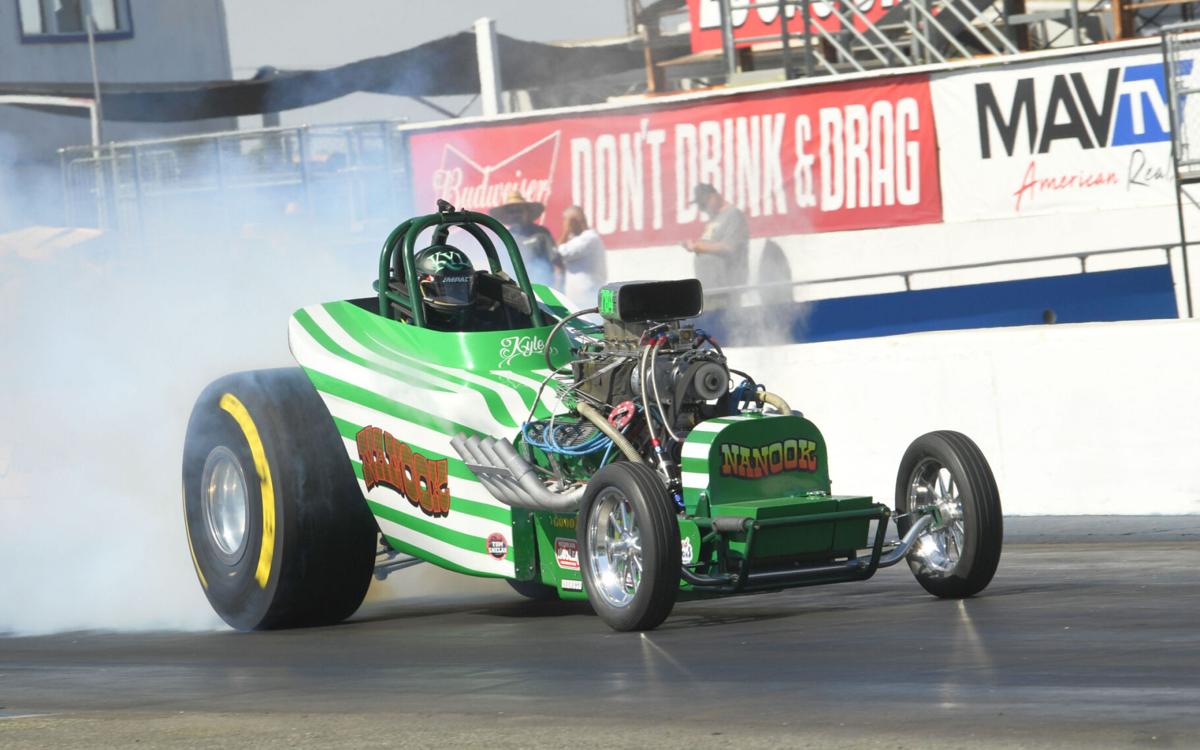 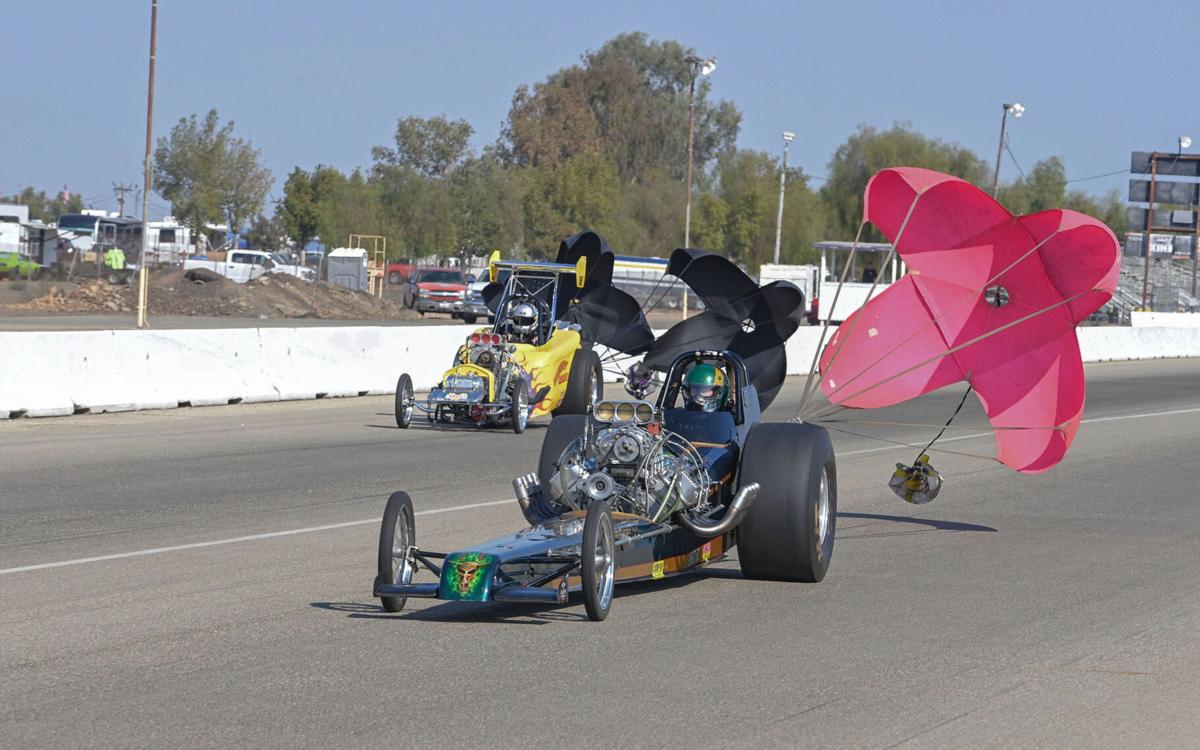 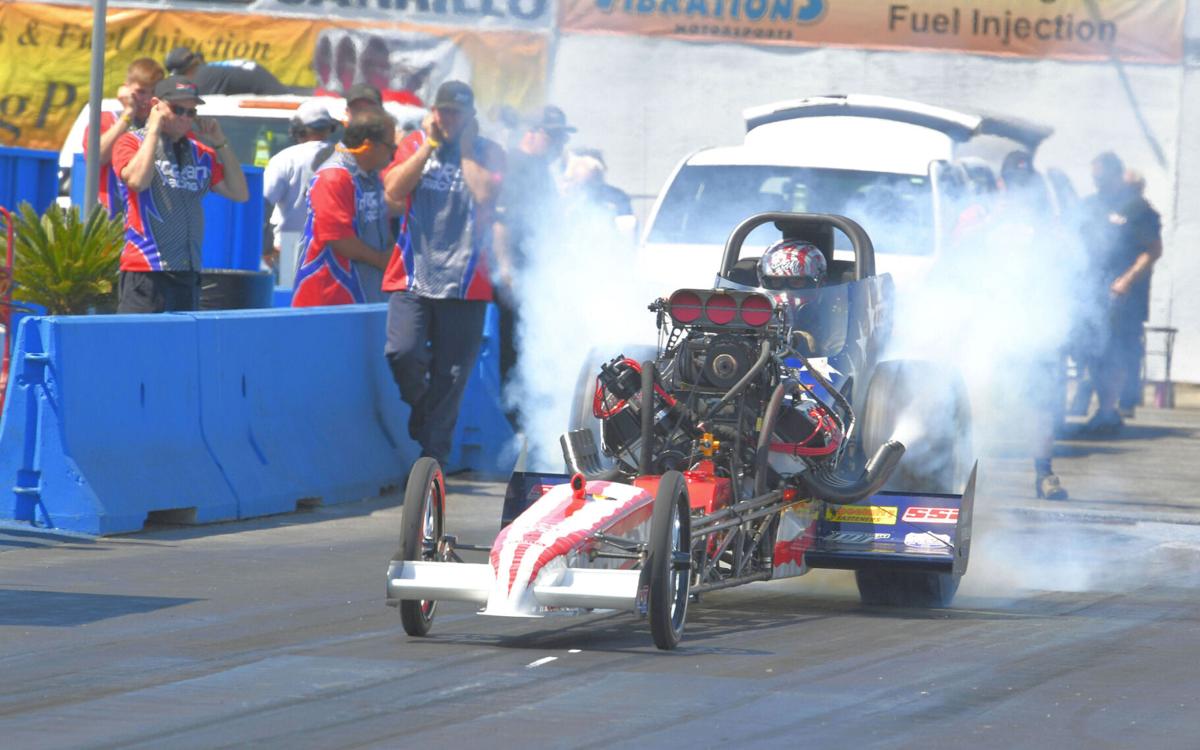 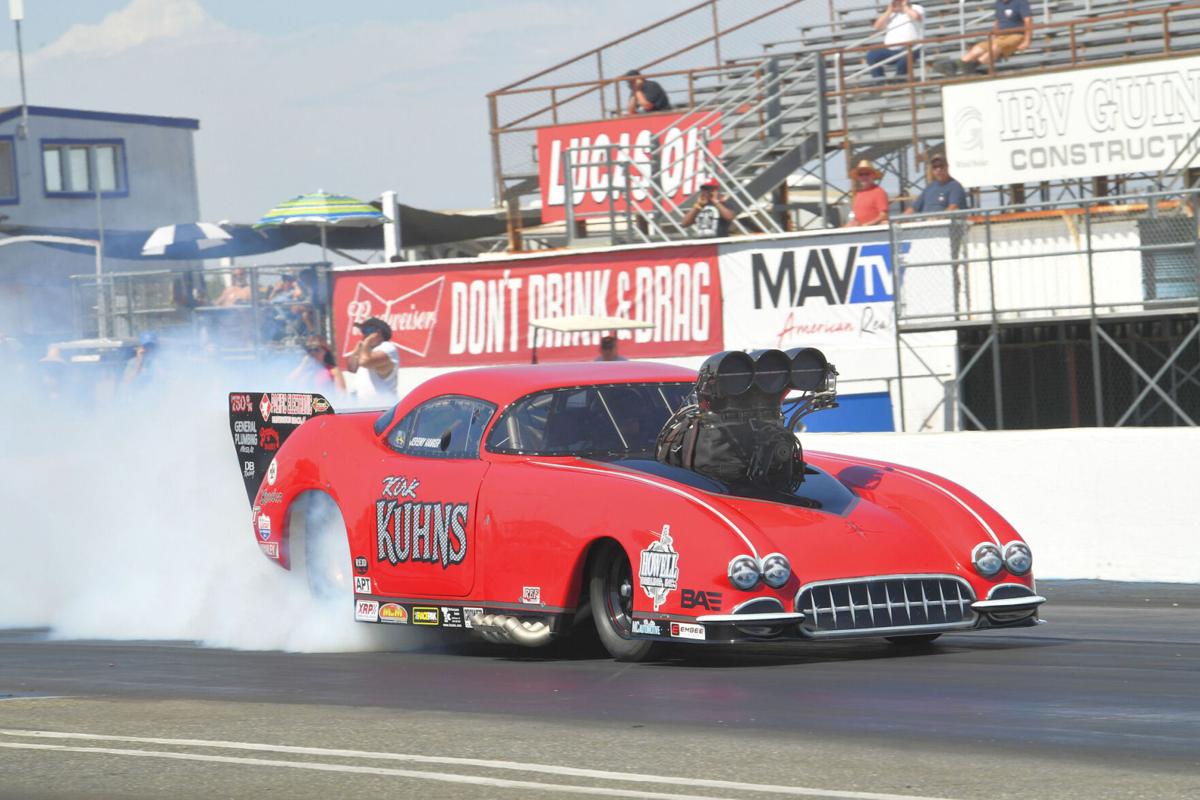 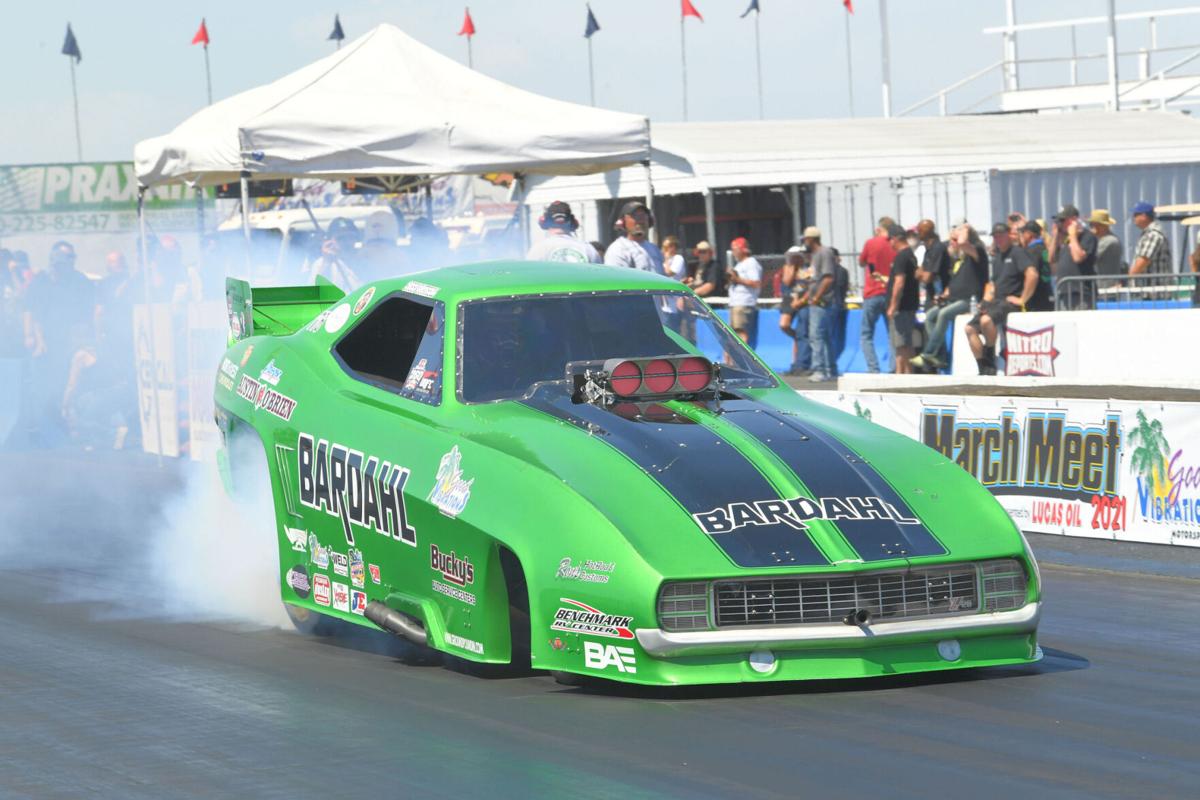 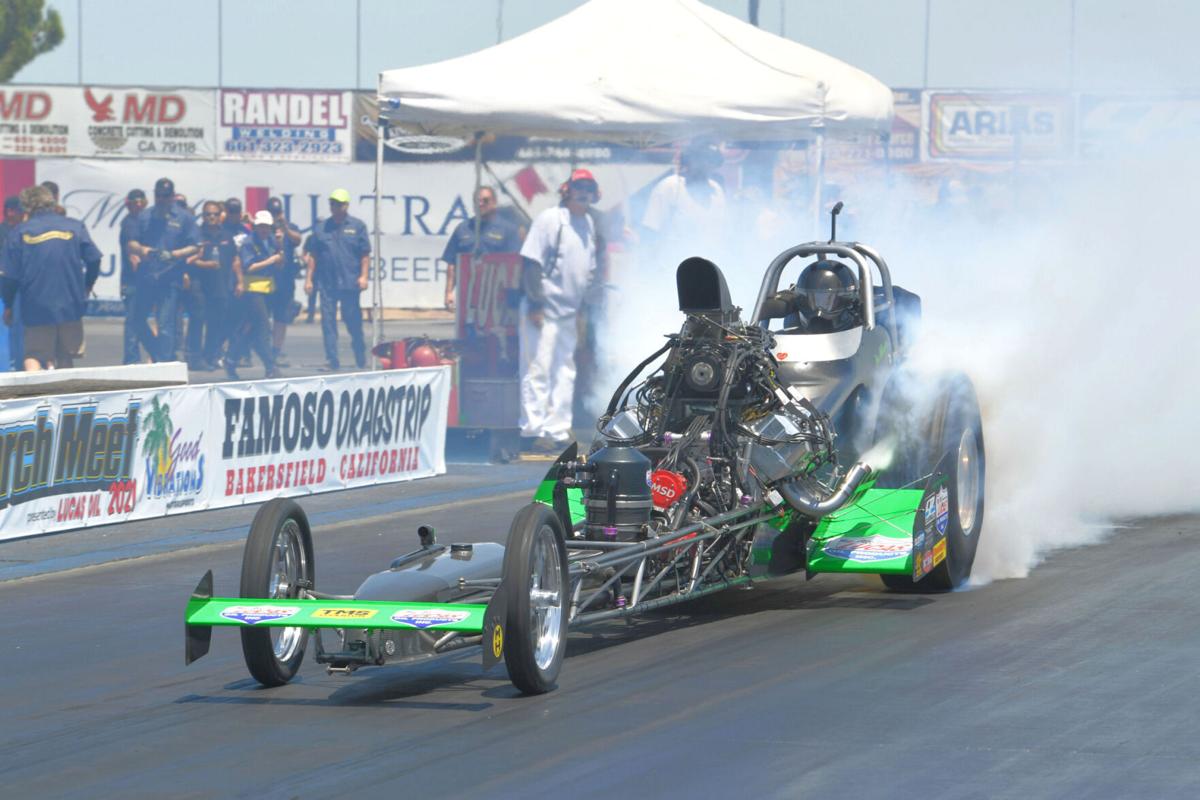 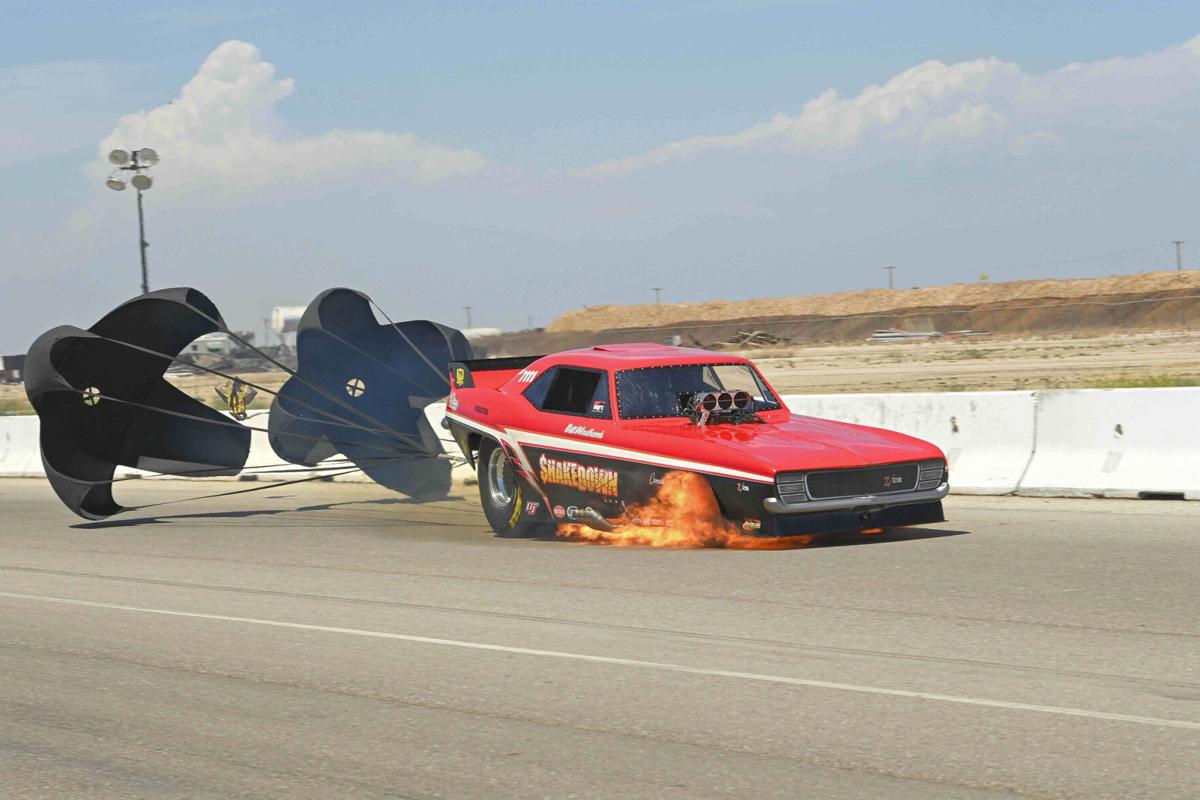 Bill Windham has an engine let go in his Funny Car 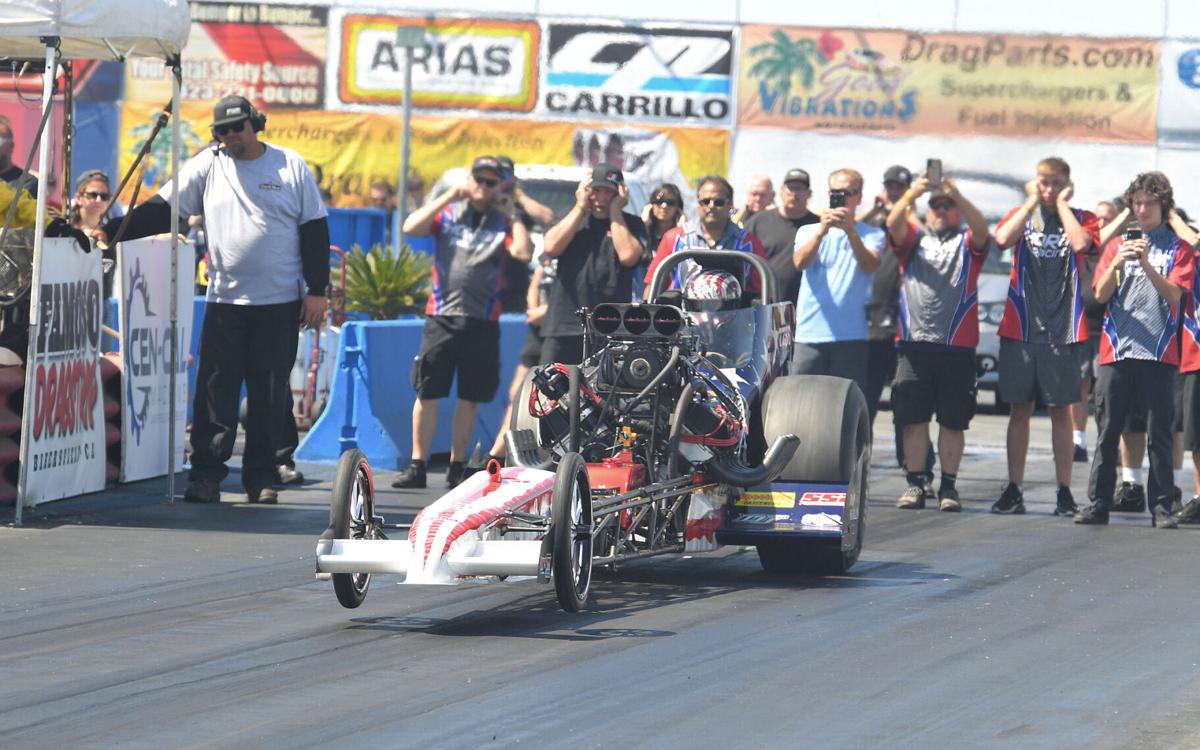 Kamaka Pocock of Bakersfield will be winding up his rookie season in the California Hustler Funny Car this weekend during the NHRA California Hot Rod Reunion at Famoso Dragstrip.

Tim Gorman heats the tires in his B Gas car

Bill Windham has an engine let go in his Funny Car

Since the day he was born, Kamaka Pocock has been immersed in the hot rodding culture.

Customized and souped up cars has been a way of life for Pocock since he rode around Maui, Hawaii in his dad’s ‘52 at the age of one.

Automotive technical school brought him to Sacramento, a job offer at a rod shop lured him to Bakersfield a decade ago and now he owns his own shop aptly named Born Vintage.

And on Friday he will be finishing up his rookie season of driving the California Hustler Nostalgia Funny Car in the 29th NHRA California Hot Rod Reunion at Famoso Dragstrip.

“I never raced til we got to Bakersfield, we were all about hot rods,” Pocock, 29, said. “With Famoso right in our back yard and lot of help here in town we had the right people at the right time and were able to make it happen and go racing. It worked out well.”

Driving a Funny Car had not even crossed his mind.

“I have a mutual friend of car owner Don Nelson and we were just talking at the Grand National Roadster show a couple of years ago and he asked if I would drive a Funny Car,” Pocock said. “I said it would be awesome. A year later they offered me the job.”

Like many events, the California Hot Rod Reunion was canceled a year ago, but Pocock was able to start the process of earning his Funny Car competition license.

“We started the licensing process this time last year and started racing it this year,” Pocock said.

The A/Gas cars are quick and fast, but pale to the Funny Cars where Pocock has run in the 5.70s at more than 250 mph.

“I was surprised at how quick the finish line came up,” he said “The first few runs that finish line comes up quick. And just how violent they are. They keep you on your toes. No lap is the same.

“They really humble you. You think you have it figured out and then it throws you a curve ball so you have to be on your toes. It’s a whole different ball game.”

Pocock is second in points but has no shot at the championship as Bobby Cottrell, in Bucky Austin’s car, locked that up with a win at Tulsa.

“I lost to Mike Peck in the first race at Boise and in the other three races I lost to Bobby,” Pocock said.

Pocock ran 5.74 in a second-round race against Cottrell in the March Meet (held in May due to COVID-19) but it wasn’t near enough as Cottrell, who went on to win the event, ran 5.60.

“To be second in points is killer,” Pocock said. “We’ve been chasing Bobby Cottrell and Bucky Austin and they just seem untouchable. We’re sneaking up on them. We’ll close the field on them soon, hopefully.

“They’re dialed. They just have it handled. They have it figured out.”

A total of 14 classes will participate in the three-day CHRR, including Nostalgia Top Fuel where March Meet winner Dan Horan Jr. has already secured the championship.