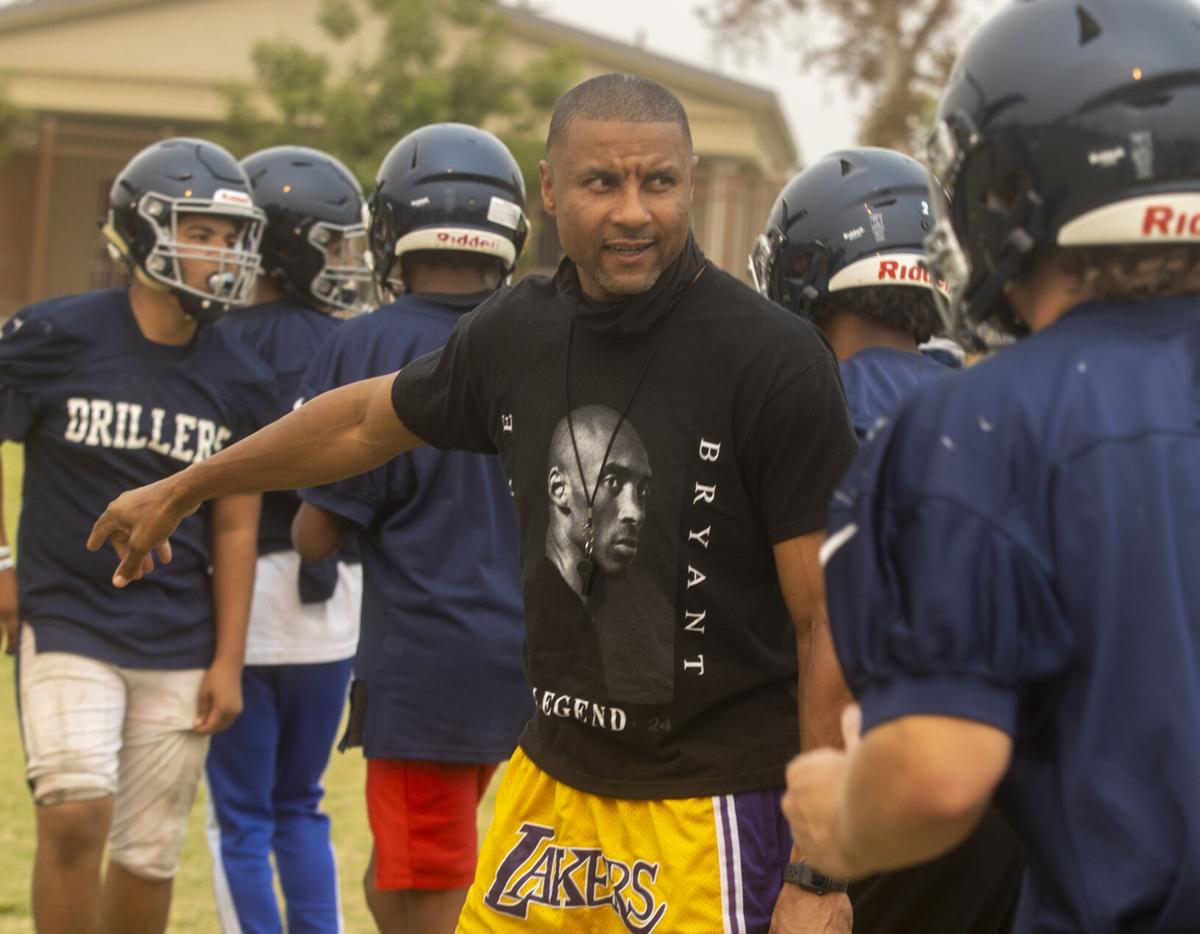 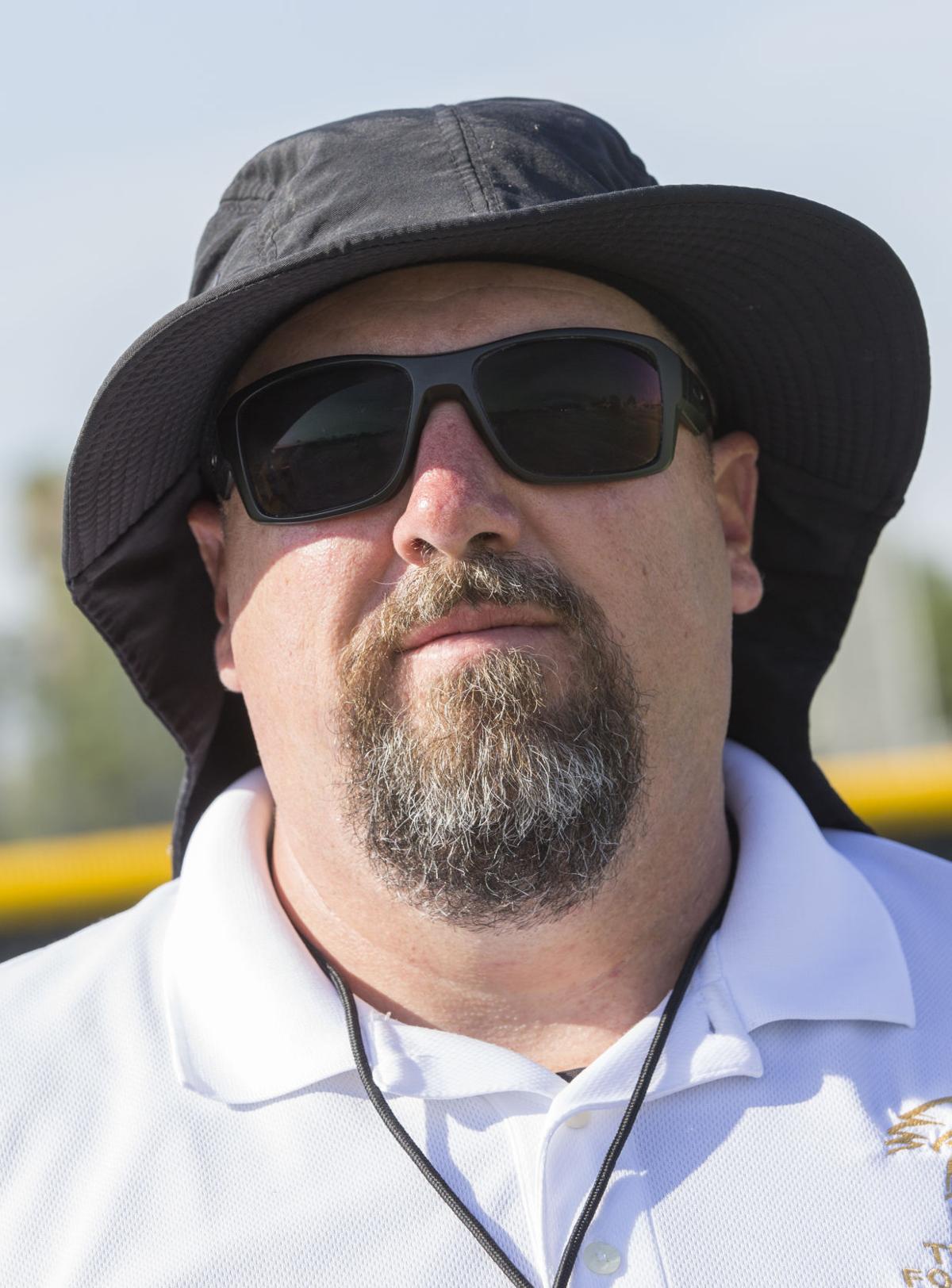 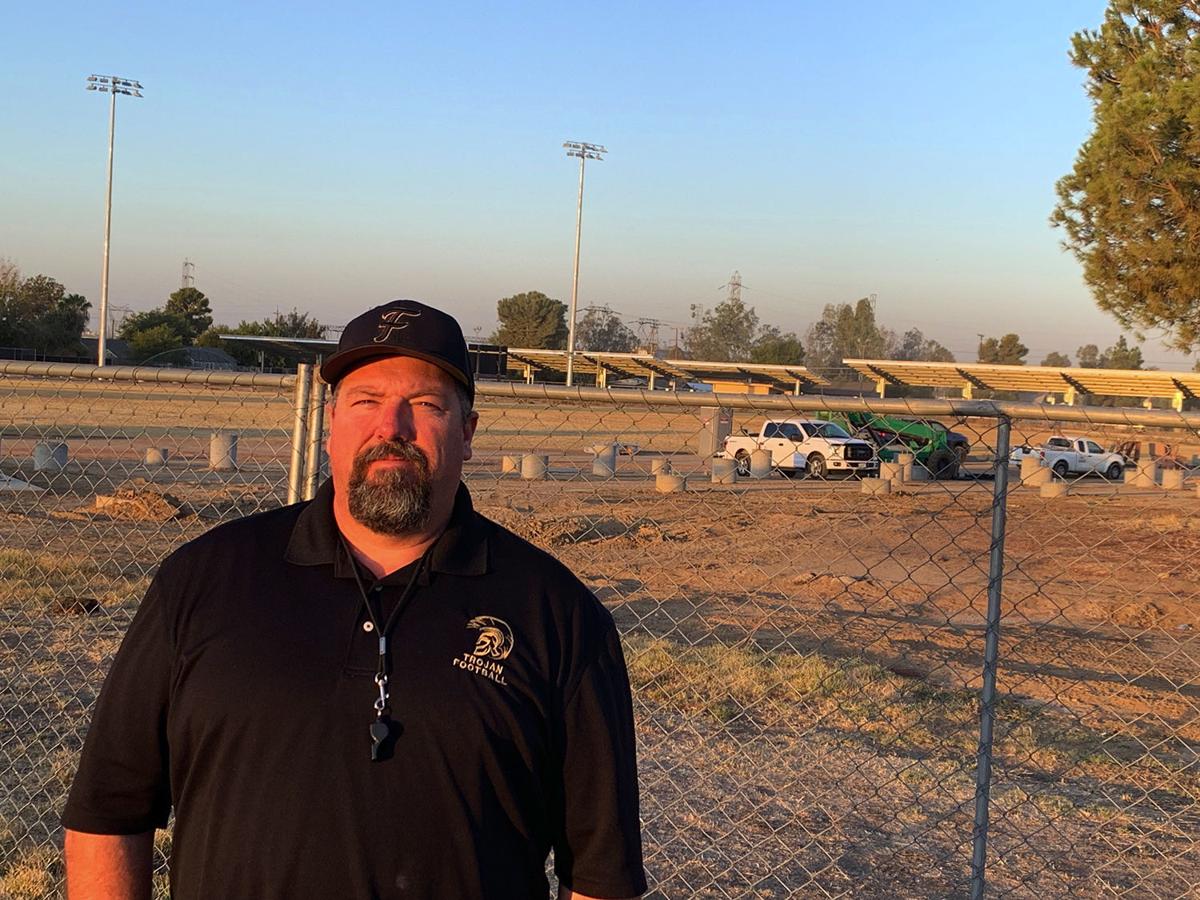 Foothill coach Brandon Deckard and his Trojans football squad have been forced to play home games on the road while Permenter Field, background, is being renovated. 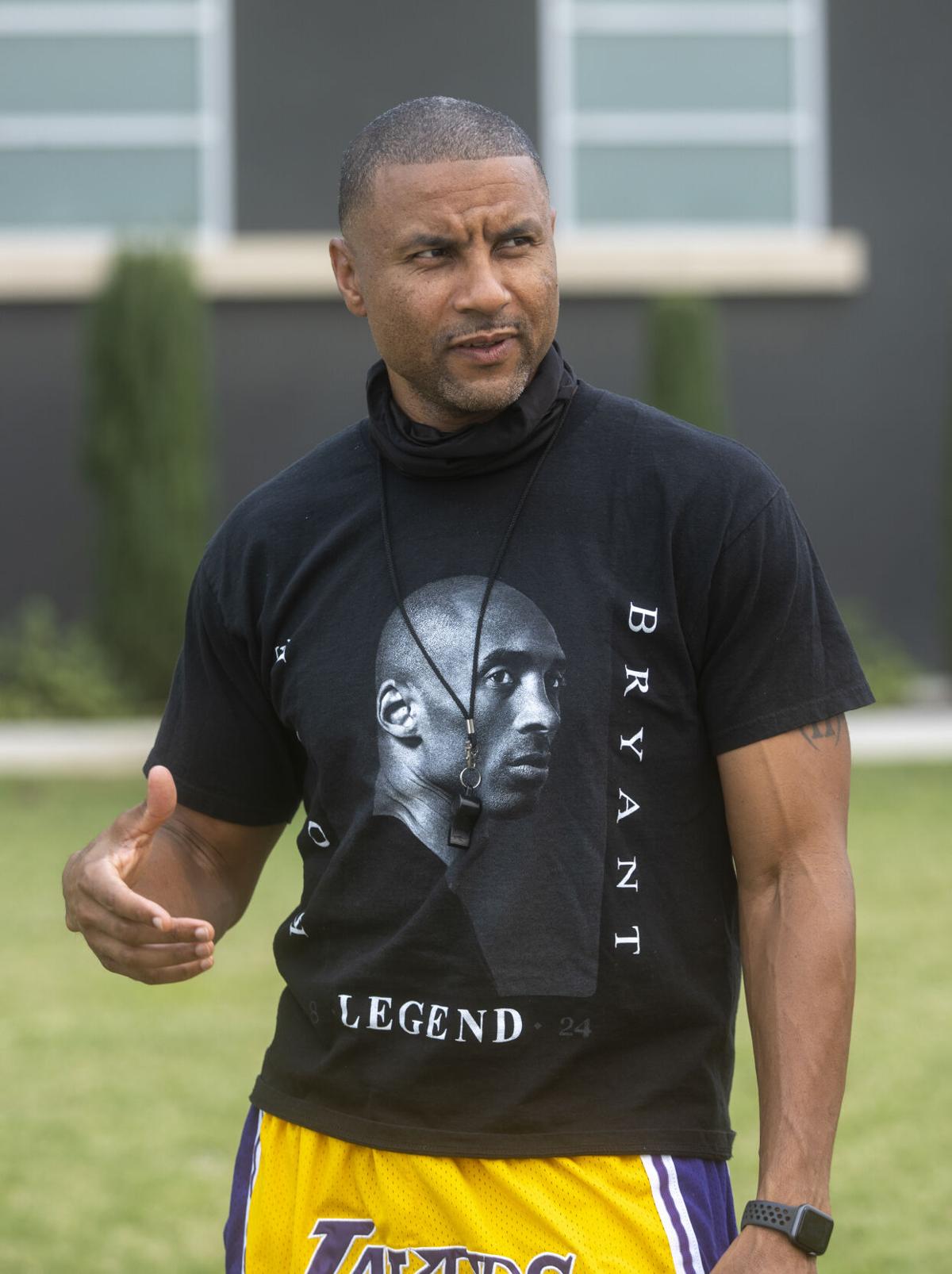 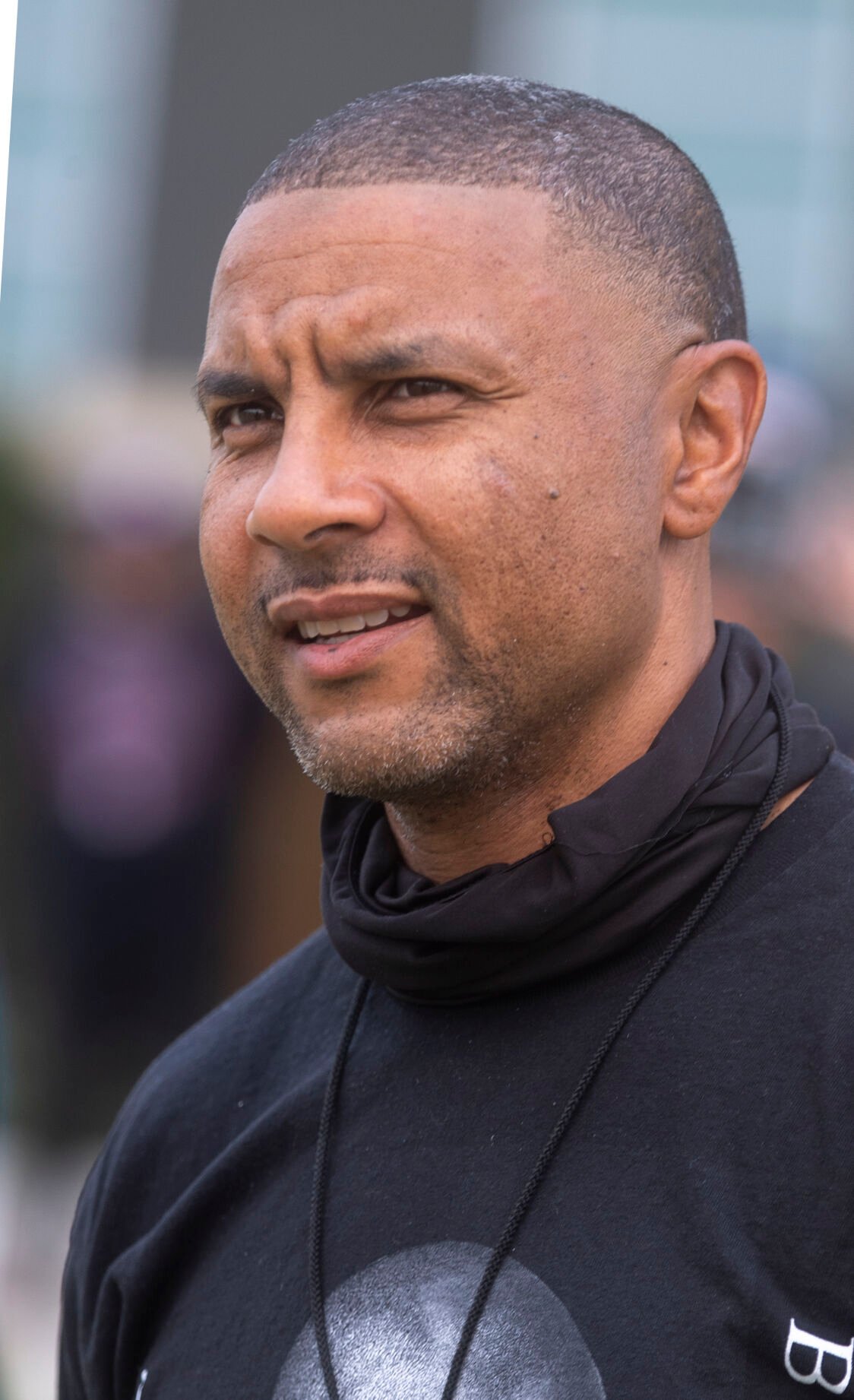 Foothill coach Brandon Deckard and his Trojans football squad have been forced to play home games on the road while Permenter Field, background, is being renovated.

It’s been an unusual last 48 hours for all those involved with the Foothill and Bakersfield High football programs.

The Drillers, fresh off a two-week hiatus for health and safety protocols following a positive COVID-19 test, were originally scheduled on Friday to host Chatsworth-Sierra Canyon, one of the top 10 teams in the state.

Plans changed during the team’s quarantine, a time when BHS and third-year head coach Michael Stewart parted ways. After the cancellation of a Week 4 matchup with Ridgeview, and a scheduled bye week, the two schools decided to play this week during the Wolf Pack’s bye week, with the 0-3 Drillers canceling their game with Sierra Canyon.

But things became even more complicated when Ridgeview was forced into health and safety protocols Wednesday morning, leaving Bakersfield without a game this week.

That’s when Foothill entered the mix.

As the Drillers’ coaching staff and administration searched for another opponent, they found a willing participant in the Trojans, who were scheduled to be off this week.

Now, with just one day to prepare — barring any other last-minute changes — the two teams will play at Griffith Field at 7 p.m. Friday.

It’s been nearly 30 years since Rashaan Shehee donned a Foothill football jersey, but the memories of his lone football season with the Trojans are still as vivid as ever.

“Immediately, once we hung up I started thinking about the storylines that people come up with,” Shehee said. “Just getting a chance to play against my old high school team is going to be a good thing for me. A special feeling for me.”

First to come to mind was his time with legendary Foothill coach Ned Permenter, who he credits with teaching him about the importance of building relationships with his players and leading by example.

“Coach Permenter has touched so many kids, and so many lives in a positive way,” said Shehee, who doubles as Bakersfield’s girls basketball coach. “I just wish to do the same. He taught me so much. More than Xs and Os of the game, he taught me how to care for kids, and that’s all I’m trying to do, is what he taught me to do.”

Although Shehee had a conversation with his old coach, he was disappointed to find out Permenter will not be able to attend Friday’s game in person due to an illness in the family.

Then there’s “The Game.”

Foothill's battle against rival Bakersfield High in 1992 that pitted two undefeated teams featuring arguably two of the best running backs in area history — Shehee and Driller sophomore Steve Wofford, who rushed for more than 7,000 yards in his career. Played at Bakersfield College’s Memorial Stadium in front of an estimated 18,000, the Drillers held on for a two-point victory.

"All the hype: We were undefeated, BHS was undefeated," said Shehee, who transferred to Foothill from Gardena-Serra midway through his junior year. "Everyone wanted to (make) it Rashaan vs. Steve Wofford. So the game lived up to the hype. Unfortunately, we came out on the short end of the stick, and didn’t win it."

On Friday night, Shehee will see things from a different perspective when he makes his debut as Bakersfield’s interim head coach. He spent three years as a Driller assistant in the early 2000s and returned as the offensive coordinator this season.

“I mean, it’s just crazy,” said Shehee, who went on to star at Washington before playing two seasons with the Kansas City Chiefs and another in the XFL. “Obviously my first game coaching, getting a chance to play against my old high school …. We had one of the biggest games ever, and now I’m coaching on the side with the team that beat us. The one loss we had during the regular season.”

Foothill (4-0), which had a Week 3 matchup at California City canceled when the Ravens were forced into health and safety protocols, was originally scheduled to be off this week.

With Southeast Yosemite League play set to start next week, fourth-year Trojans coach Brandon Deckard scheduled to have his team pictures taken on Friday and then was going to give his squad the weekend off.

But when he received a phone call from Shehee, Deckard realized the opportunity to play BHS was too great to pass up.

“Honestly, I talked to my coaching staff and everybody around here," Deckard said. "and we just thought, what do we have to lose? Let's just go for it.”

Led by senior fullback Kaelan Deloney's 620 yards and six touchdowns rushing, and a stingy defense that has allowed just 26 points in four games, the Trojans are coming off a 33-0 victory at Rosamond, with their other wins coming against smaller schools in Boron, Arvin and Taft.

“Our BHS team is not like the BHS teams of old,” Shehee said. “With all the schools we have in town now, the talent is spread out and Foothill is 4-0 and undefeated right now. They’re playing well. So I believe it’s going to be a very good game. We’re trying to get on track, just get our guys to learn how to play at a high level.”

Despite an 0-3 start, Bakersfield High figures to be a step up in competition for Foothill. The Drillers’ three losses are to Los Alamitos, Clovis and Fresno-Central, all of which have spent time in the state’s top-25 rankings.

“Obviously, this is the biggest stage my kids have played in since I took over the program,” Deckard said. “The whole town’s going to be watching. It’s BHS. It’s created a whole lot of excitement around our campus. Everybody’s pumped up. Everybody’s excited.”

Deckard is also trying to be realistic about his team’s chances, at least publicly.

“BHS is who they are,” Deckard said. “They’ve played three of the best schools in the state and that’s why they’re 0-3. They’ve been going through some coaching changes and stuff like that, but they’re still BHS. My kids are excited. My coaching staff is excited, but we know that it’s a huge task to get ready for Bakersfield High School in a day. It’s impossible. But we’re just going to go in and give everything we’ve got, and see how it turns out.”

The team's haven't played since 2011, the year before the creation of the "power-league," with Bakersfield moving from the SEYL to the Southwest Yosemite League along with Liberty. Garces joined them three years later, and Foothill hasn't played a current SWYL team since.

The Drillers are also eager for the game. BHS hasn’t played since losing to Central 59-20 in its home opener three weeks ago.

A lot has happened during that stretch. A coaching change, a two-week quarantine and a switch between three different Week 6 opponents. The final schedule change pressed Shehee and his staff into action, calling schools from all over the Central Section, including several local coaches.

“I’m thankful their coach decided to take the game, and I was really just thinking about the seniors on both sides,” Shehee said. “They shouldn’t be missing any games. This could be the last season they play football. So they want as many games as possible.

“Our guys have been through a lot these past few weeks. A lot of crazy information hit us from all angles, and our guys have just continued to stay focused. Keep their head down and practice hard. I appreciate the energy that they provide.”

Although accepting a game so late in the week presents plenty of challenges from a preparation standpoint, Deckard and Shehee don’t seem to be too concerned.

“We were just scrambling, just trying to find a game for them,” said Shehee, who had an hour practice with his squad Thursday afternoon. “We did a little hit this morning at zero period, to start going over our game prep for them. But for me, bigger than the game prep is just for these guys to have a game. We can do it on the fly. It’s fine by me. I just want them playing.”

Deckard has similar thoughts about the game.

“It’s a COVID year, and obviously under normal circumstances, we wouldn’t schedule Bakersfield High School,” Deckard said. “But it is what it is. I think my kids are really looking forward to the big stage, in front of a big crowd. Because I guarantee BHS will have a lot of people there and we’re going to get a ton of Trojans alumni that will show up to watch.

“It’s obviously an unfair task to ask my coaching staff and my kids to get prepared for Bakersfield High School in a day. You can’t do it. But we’re going to take it on and give it everything we’ve got and see what happens. Hopefully we can get a battle going and go from there.”