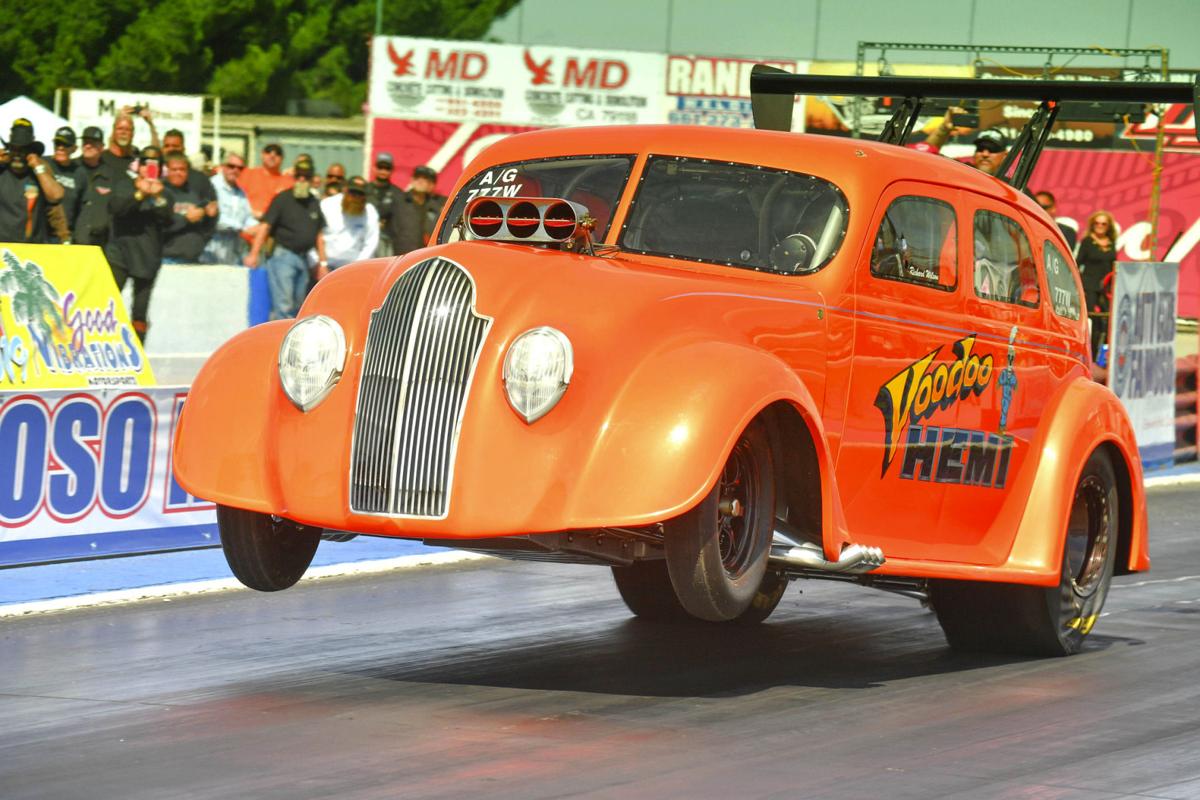 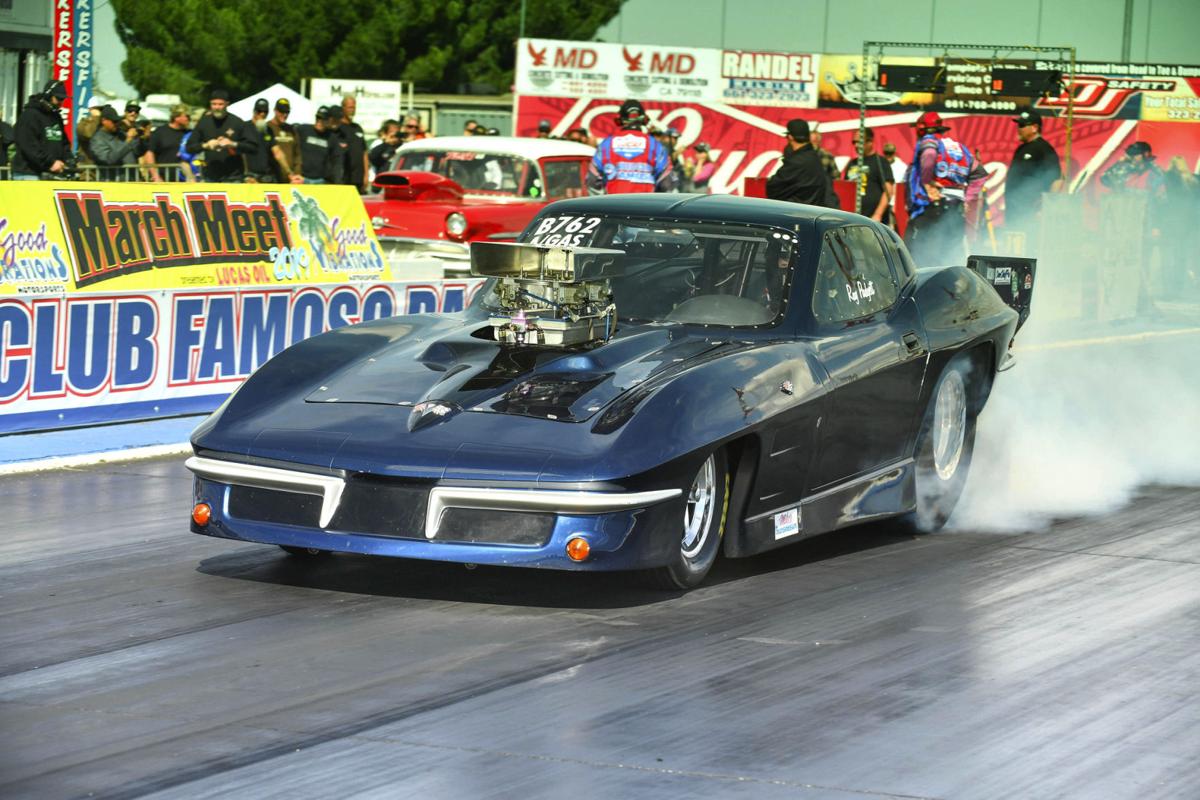 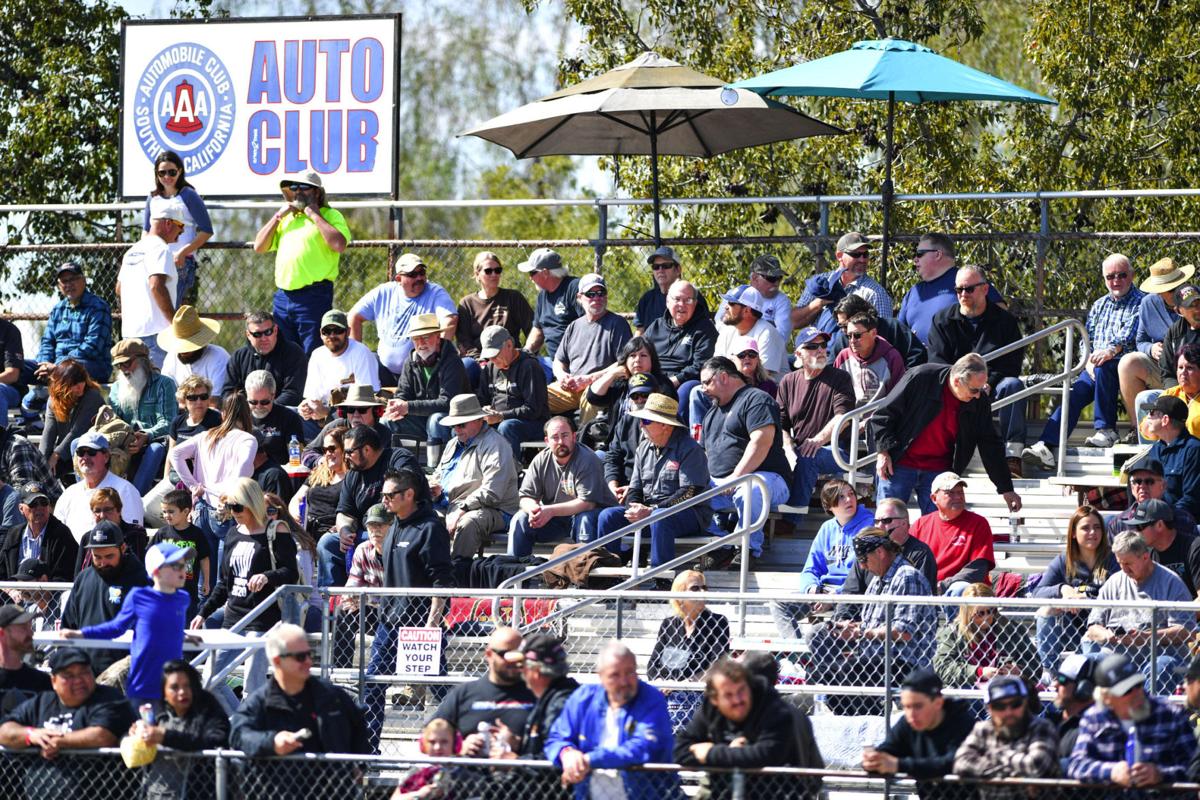 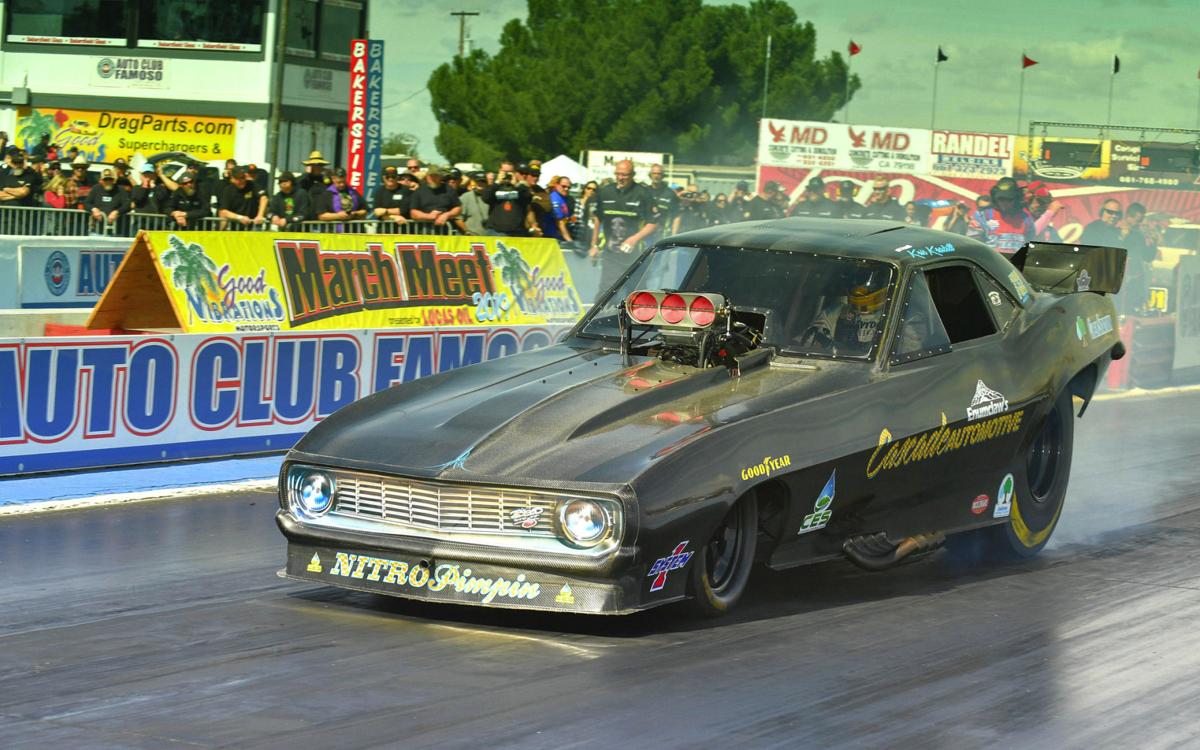 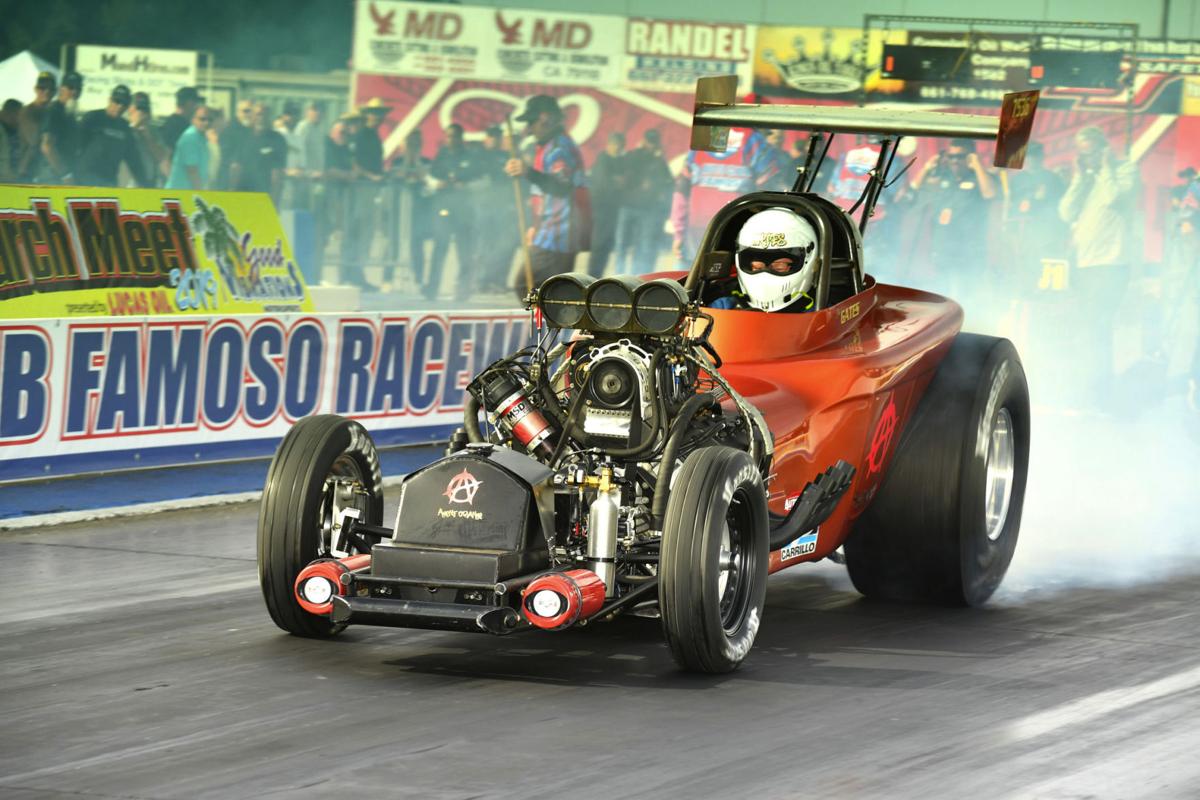 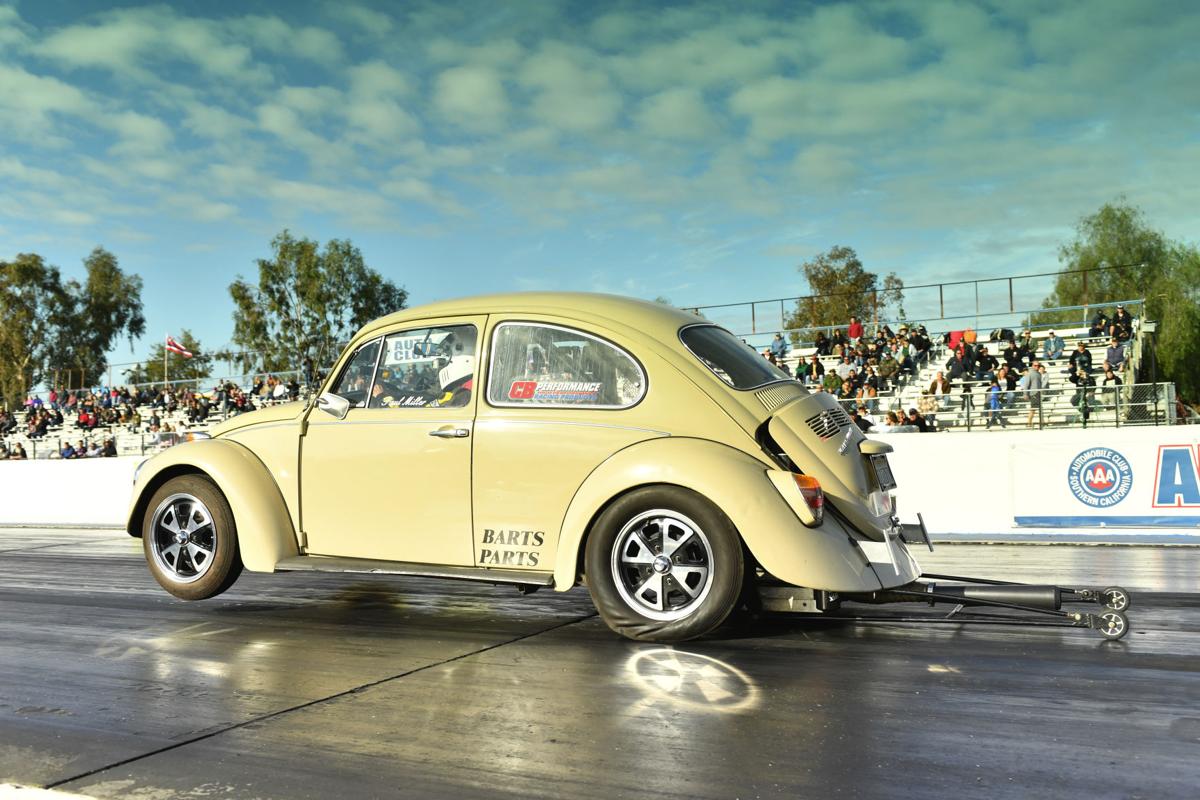 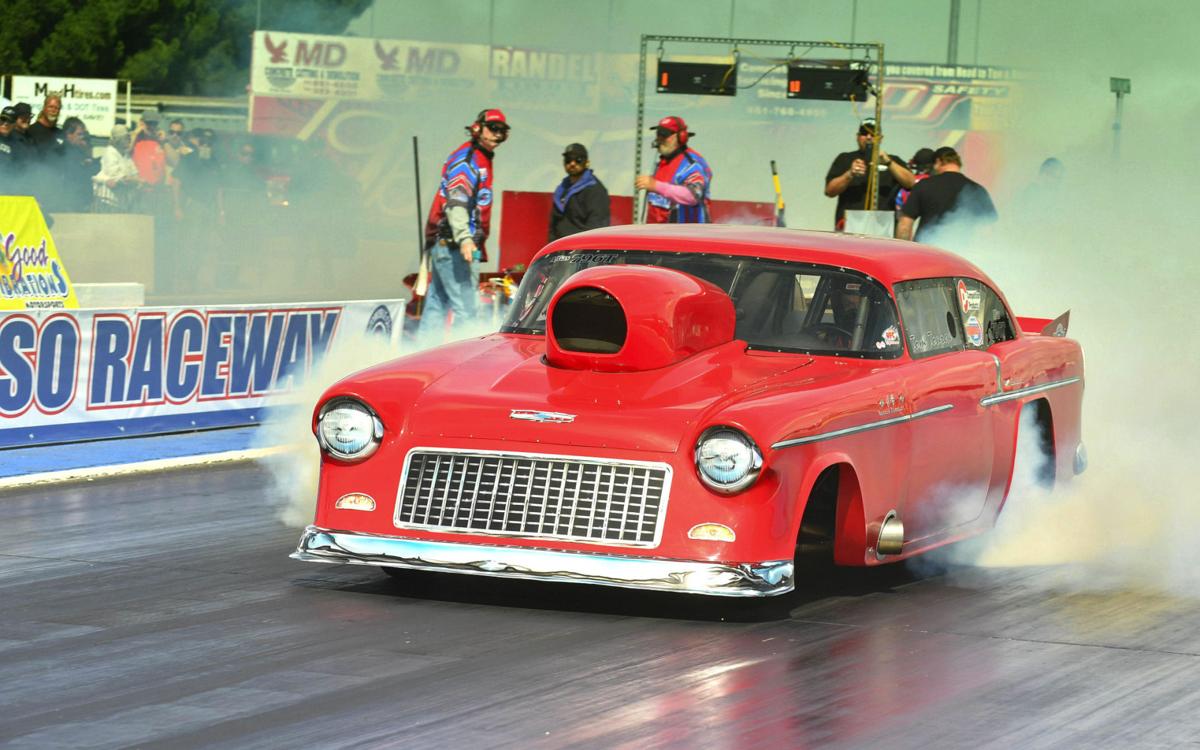 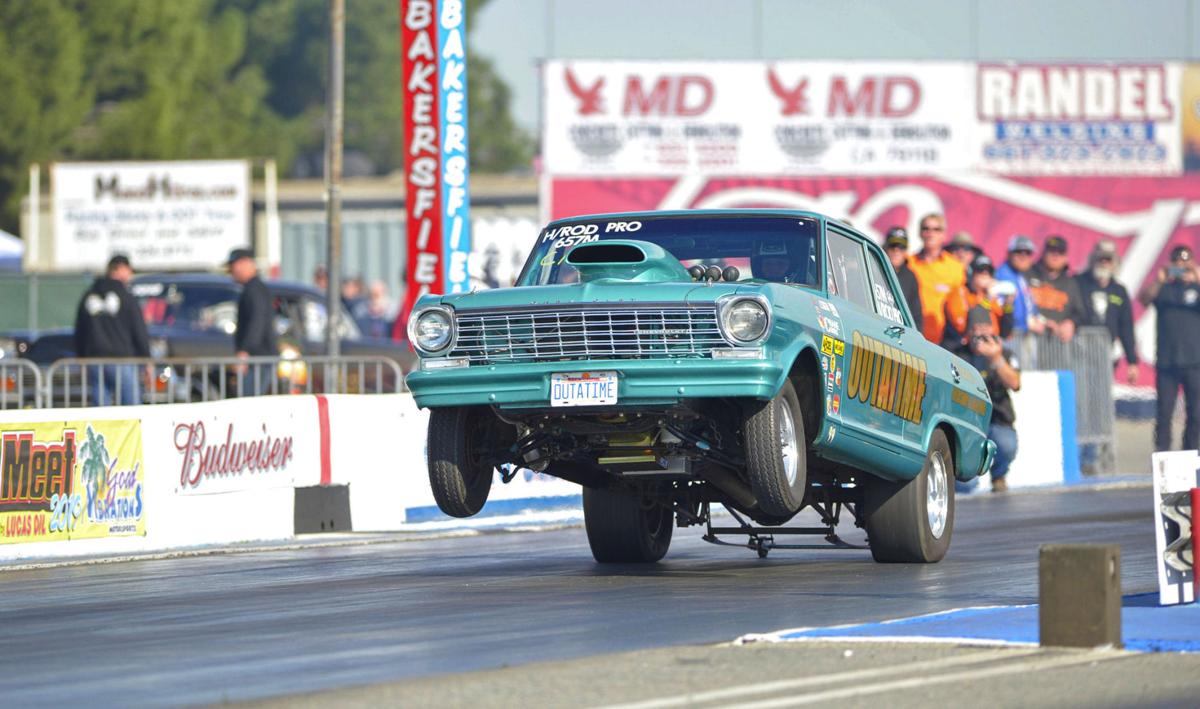 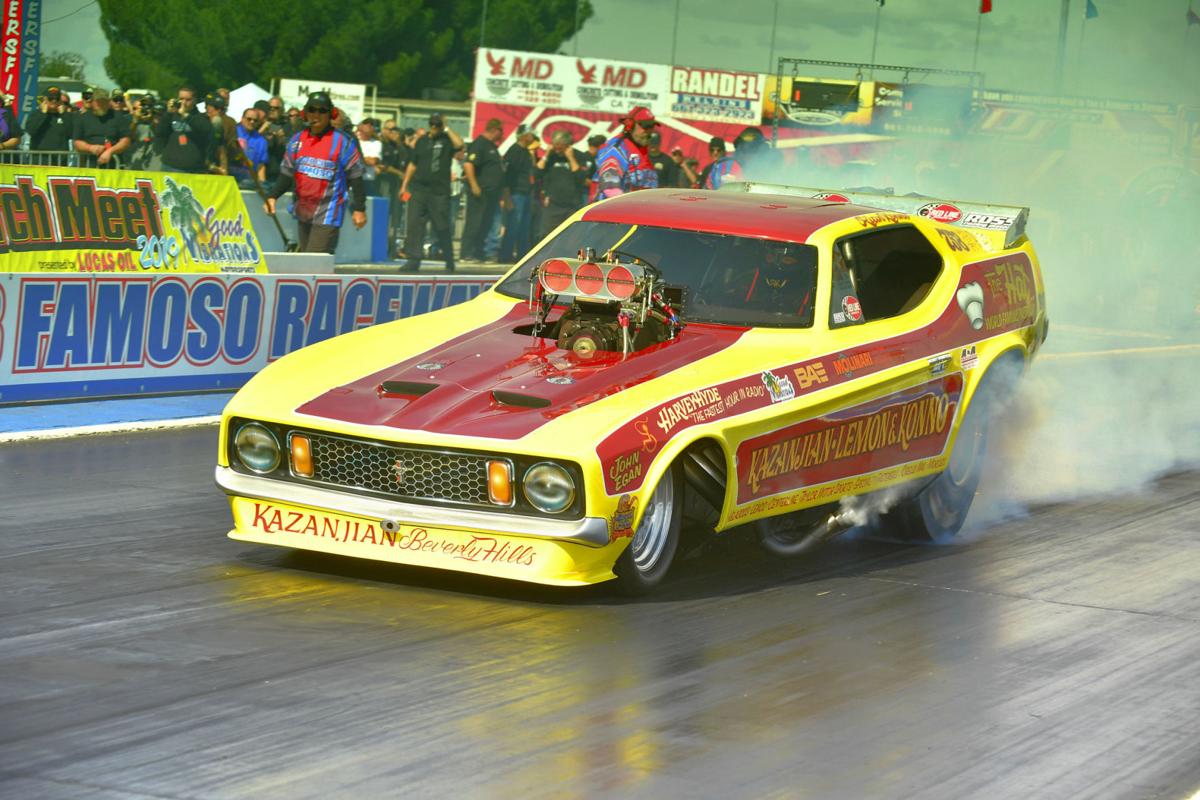 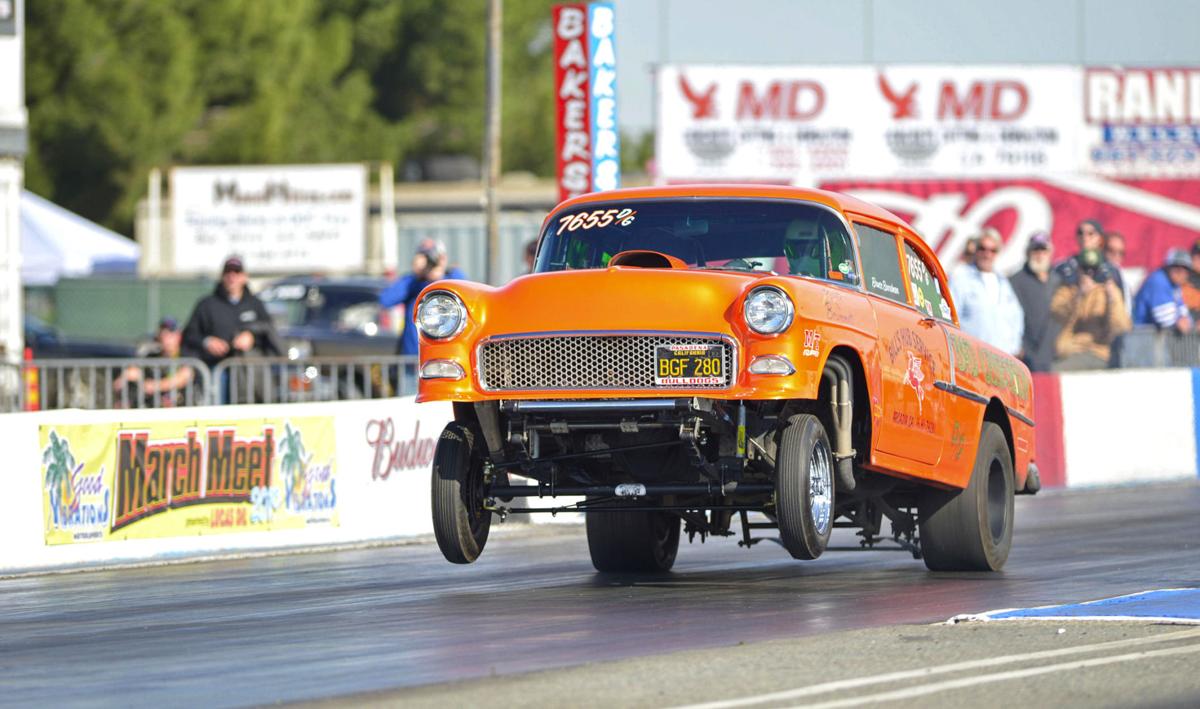 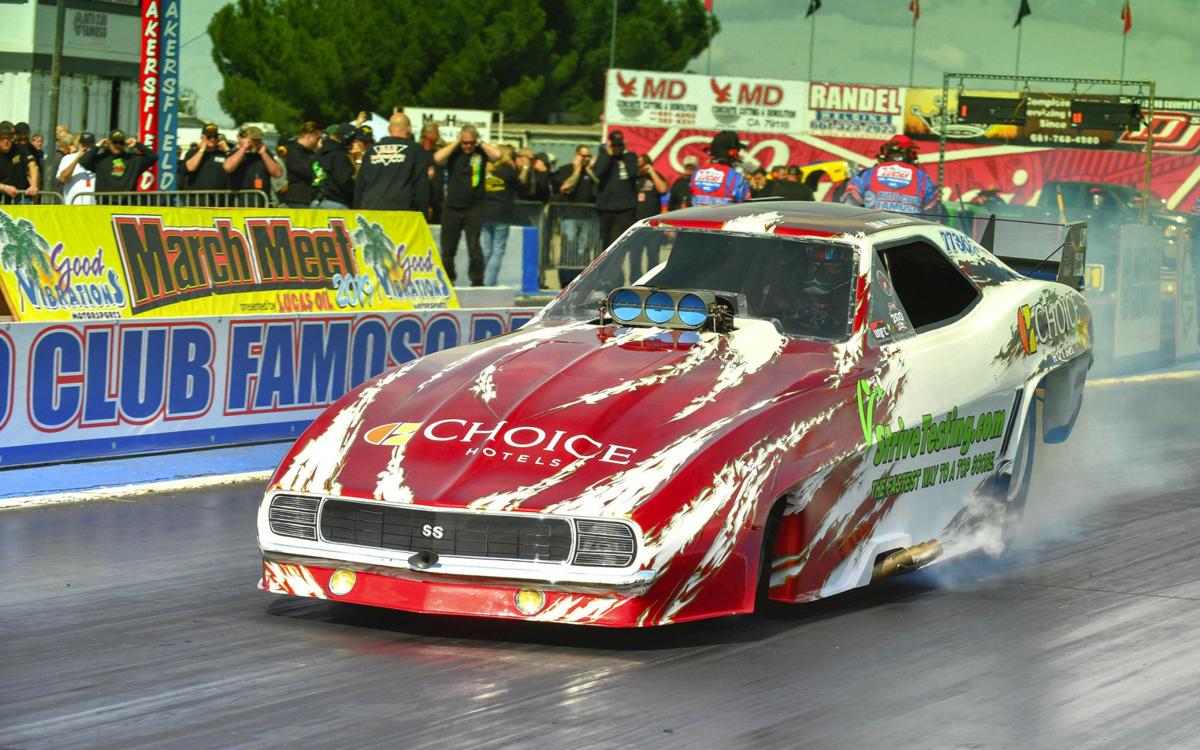 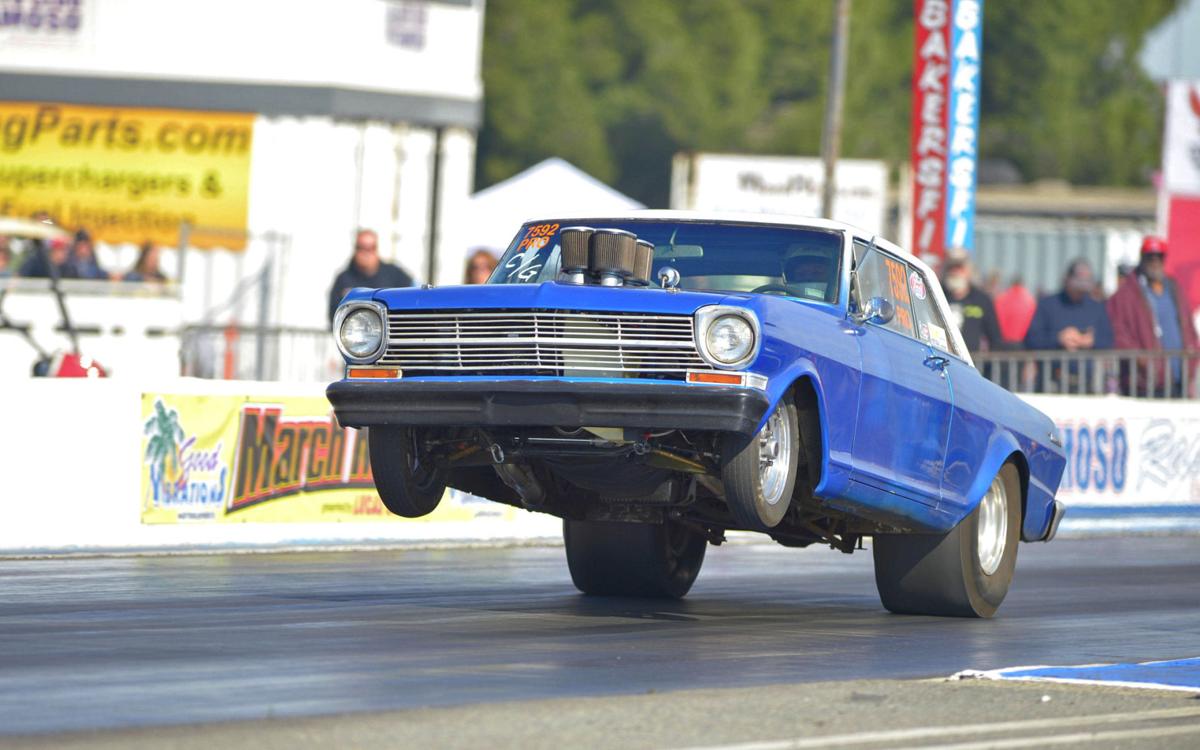 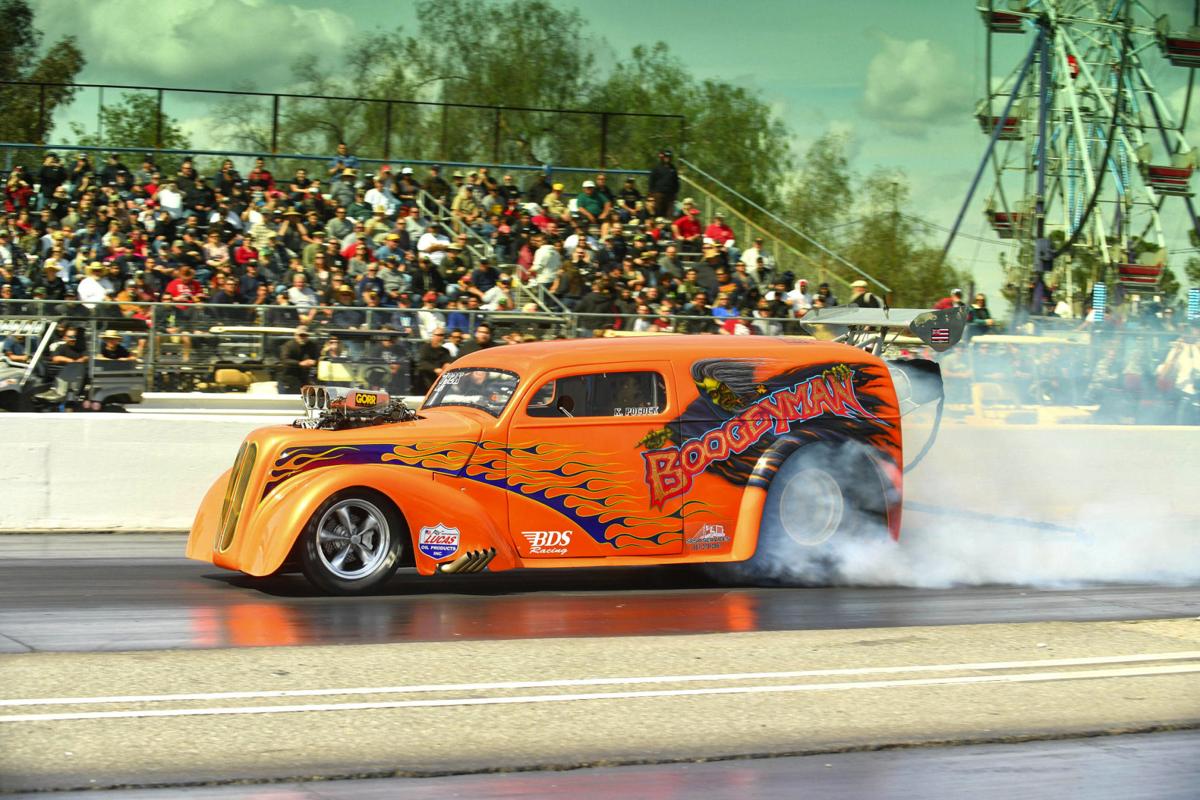 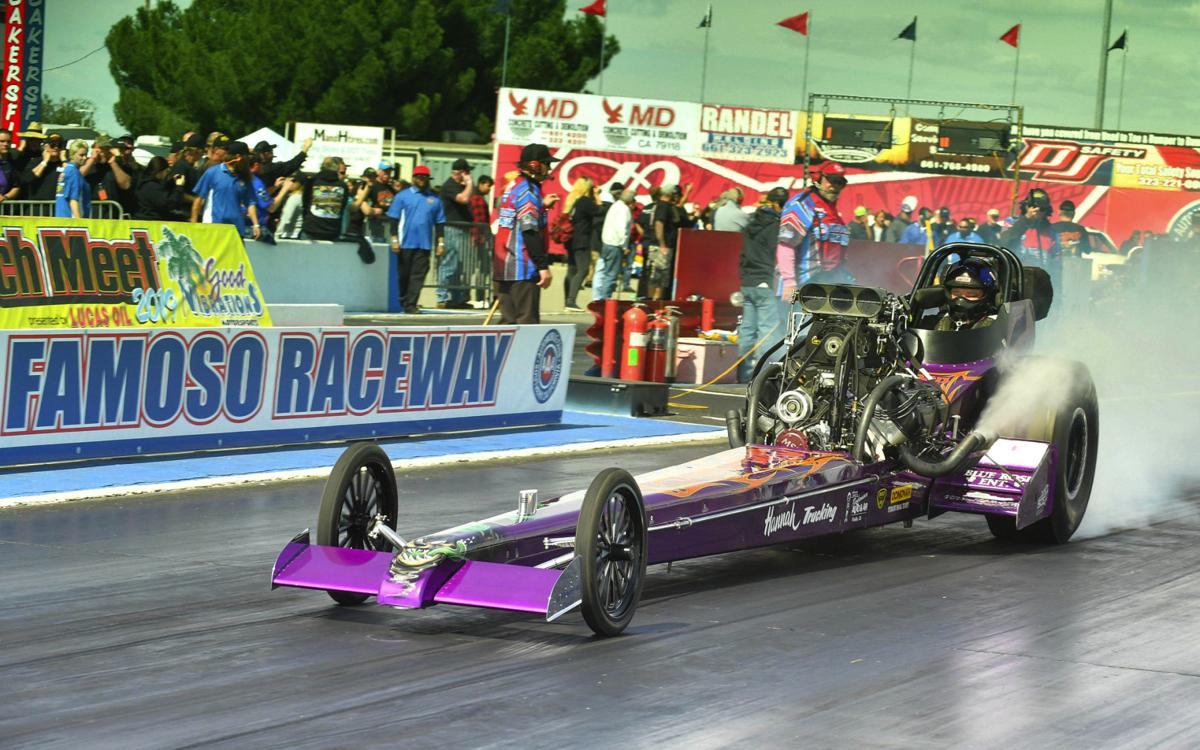 Some of Ron Capps fondest childhood memories are of attending the annual March Meet at Auto Club Famoso Raceway.

Nearly every year, while he was growing up, his family would make the trek from their home on the Central Coast to attend the popular drag racing event.

For Capps, it was an exciting opportunity to watch highly-competitive racing and meet some of the sport’s legendary figures.

This year the 53-year-old NHRA Funny Car superstar is back at Famoso attempting to accomplish something he’s always dreamed of; winning a March Meet trophy.

It’s one of the few things the 2016 NHRA Funny Car world champion hasn’t done during his illustrious 25-year racing career.

“This place brings me so much joy because I came here almost every year as a kid,” Capps said. “I’ll be honest with you, I was most likely conceived here. My dad has joked about it, but I don’t doubt that it’s true. This place takes me back to some great thoughts and memories as a kid, coming here as a fan. Now to race it, and possibly get a March Meet trophy is unbelievable.”

“I remember going into town to the old Rancho Bakersfield back in the day, where I could see my heroes in the parking lot working on their race cars. Don Garlits and The Snake (Don Prudhomme) and The Mongoose (Tom McEwen). Bakersfield was a Mecca for the biggest racers in the world, every year. So, coming here brings me back to those memories.”

Capps, who has 61 NHRA event titles to his credit, is competing at this year’s March Meet in the Fuel Altered division.

It puts him behind the wheel of a car that’s much different than the Funny Car that he normally drives.

“I was lucky that I got a call this year from this group of people that put together this brand-new fuel altered (car),” Capps said. “For me as a kid, coming here to Bakersfield, watching fuel altered was the ultimate. For me it was like watching astronauts go into space. So, when they said they possibly had a car and asked if I would drive it, I didn’t even hesitate.”

Capps is one of eight fuel altered drivers to qualify for the division’s elimination rounds, which begin at 11:45 this morning and conclude in the afternoon.

Several other divisions, including, Funny Car, Top Fuel, Rear Motor Top Fuel, and 5.90 Funny Car will run elimination rounds throughout the afternoon, culminating with all the finals before being run before the track is scheduled to go dark at 5 p.m.

During Saturday’s Round of 16 of Funny Car eliminations, Tony Jurado of Pleasanton posted the low ET of 5.532 seconds. However, he jumped the start causing him to be disqualified.

No. 1 qualifier Dan Horan along with defending March Meet champion Bobby Cottrell were among Funny Car drivers to win on Saturday afternoon to advance to today’s second round.

Capps was the No. 4 qualifier in the Fuel Altered division. Capps said he’s having an unbelievable time behind the wheel of his new ride.

“It’s everything I thought they would be as a kid growing up,” Capps said. “They’re shorter wheel-based. The power-to-weight ratio is unbelievable. And they very rarely make it under power to the finish line. They’re just out of control looking all the time. That’s what it was like to drive it. I really had to be on my toes. And I had to really make sure I respected the car, even though I used to going as fast as I normally do in my other job. I had to be very careful that I didn’t let it come back and bite me.”

“I can’t even fathom doing it,” Capps said. “It just seems so far out of reach to win the March Meet. It’s such a legendary race with such huge names on that list of winners…If I was to somehow win that trophy, I’m moving everything over a couple of feet and it’s going right in the center of all those killer trophies I have right now, which all mean so much to me. But I can’t even tell you how that big would be.”