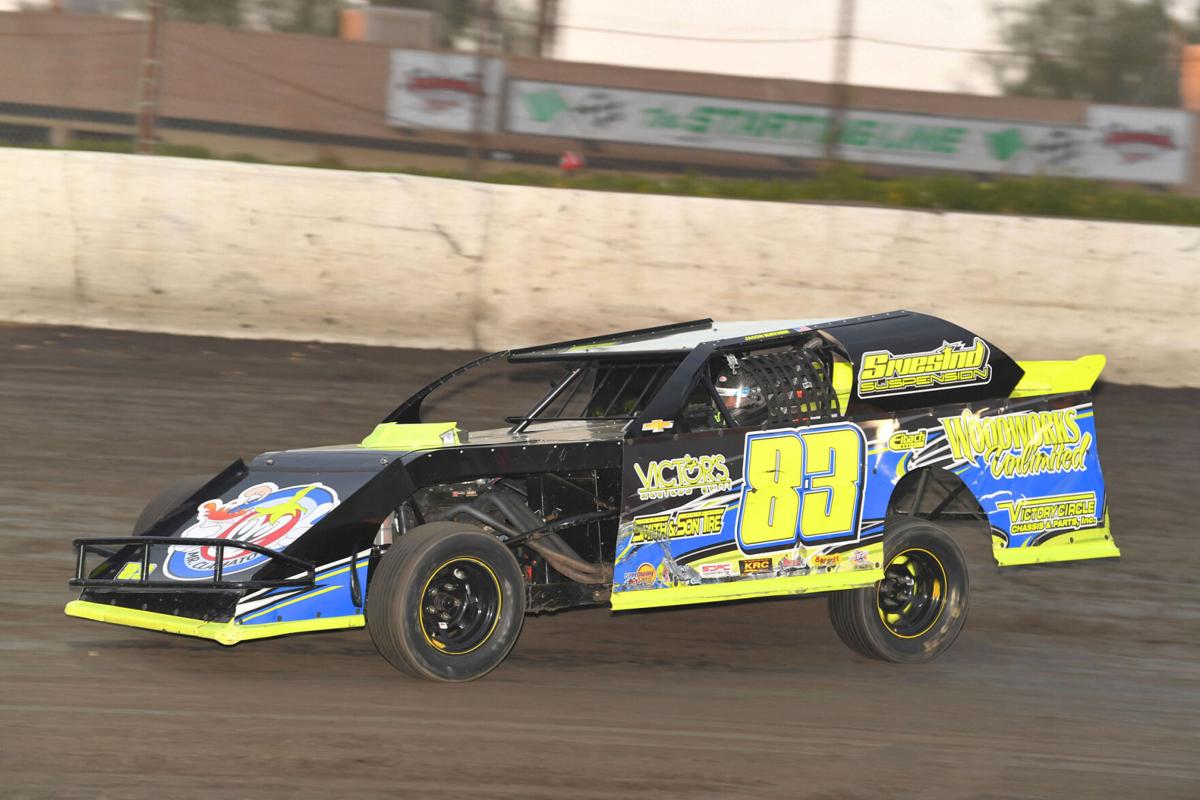 Jason Nation won in the ICMA Sports Mod on Saturday at Bakersfield Speedway. 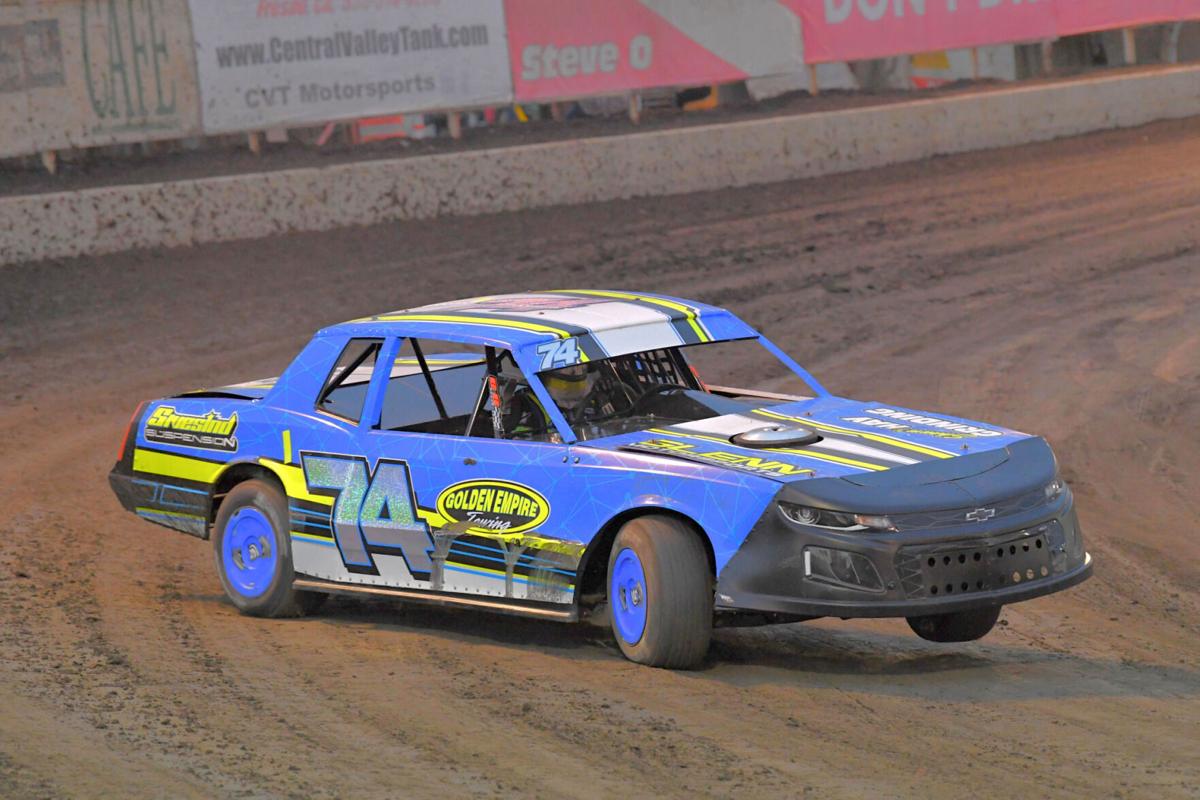 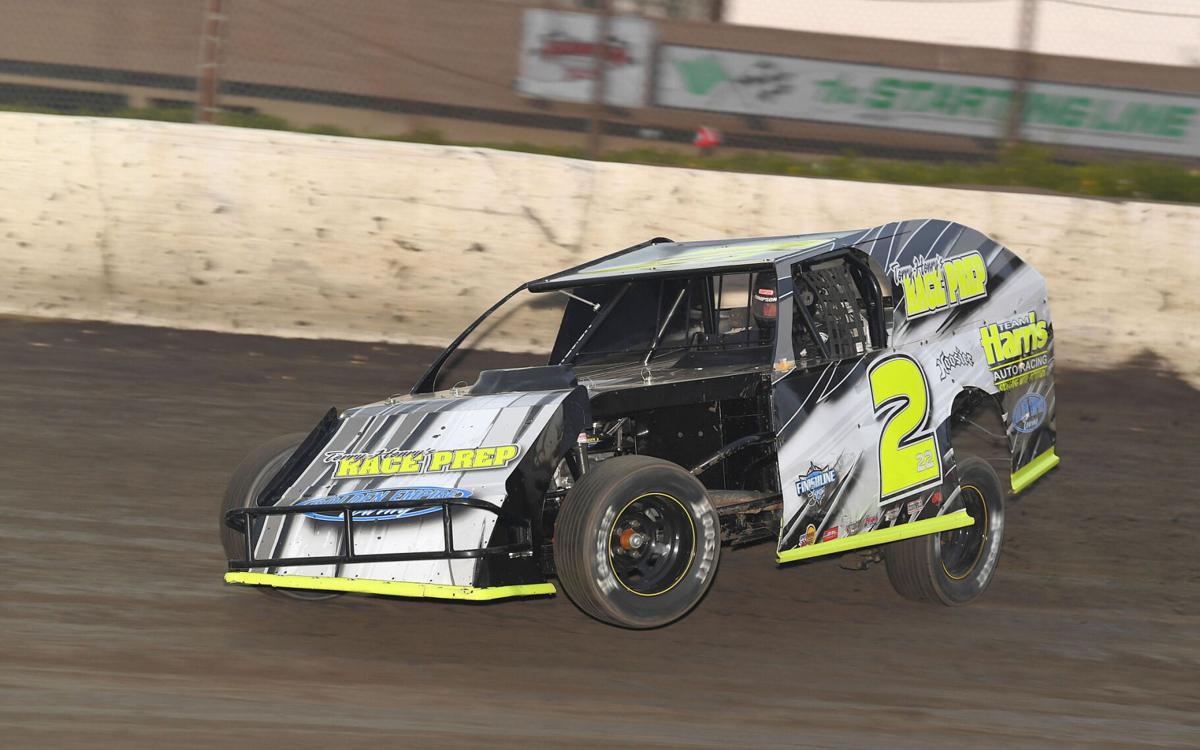 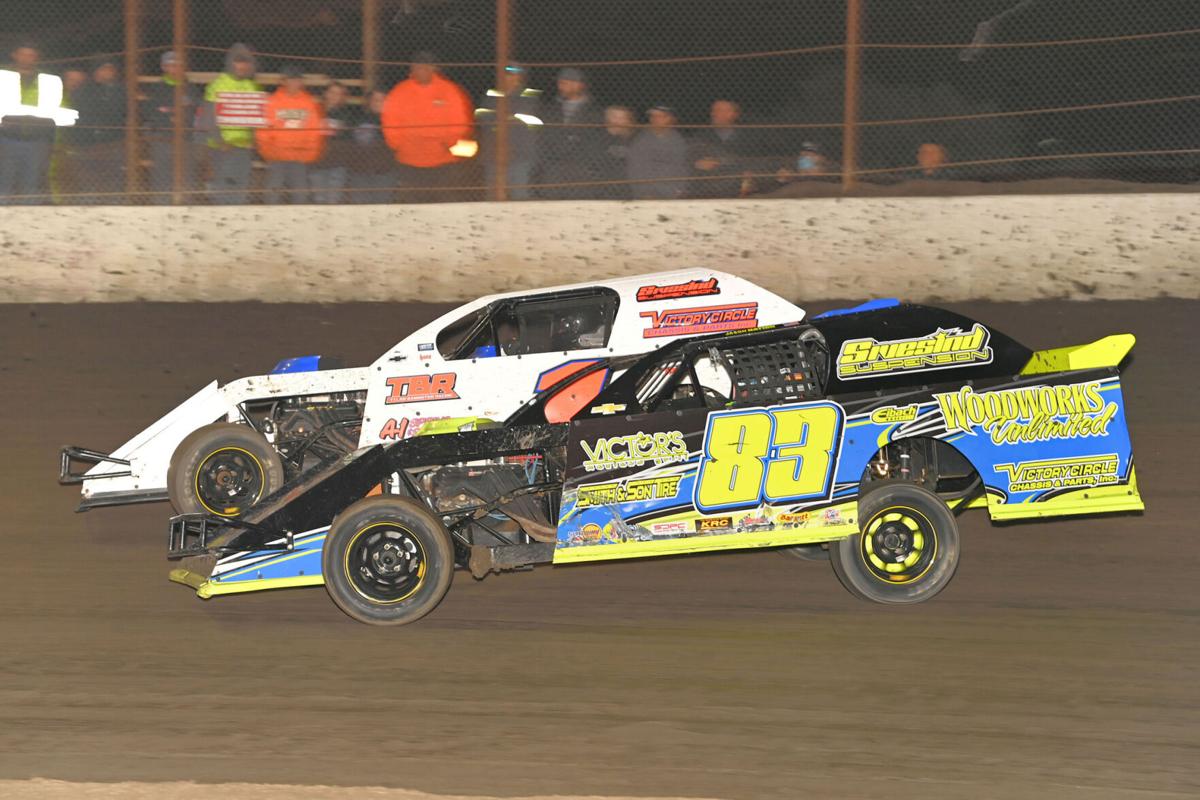 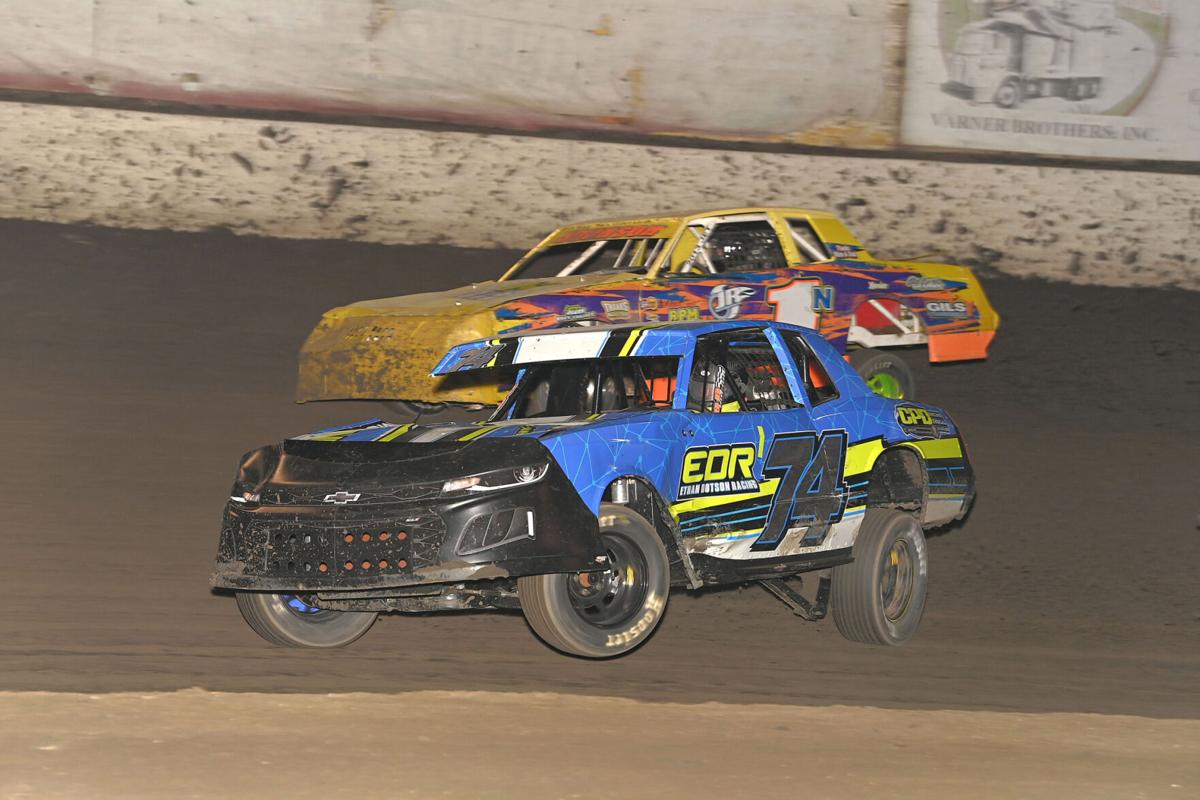 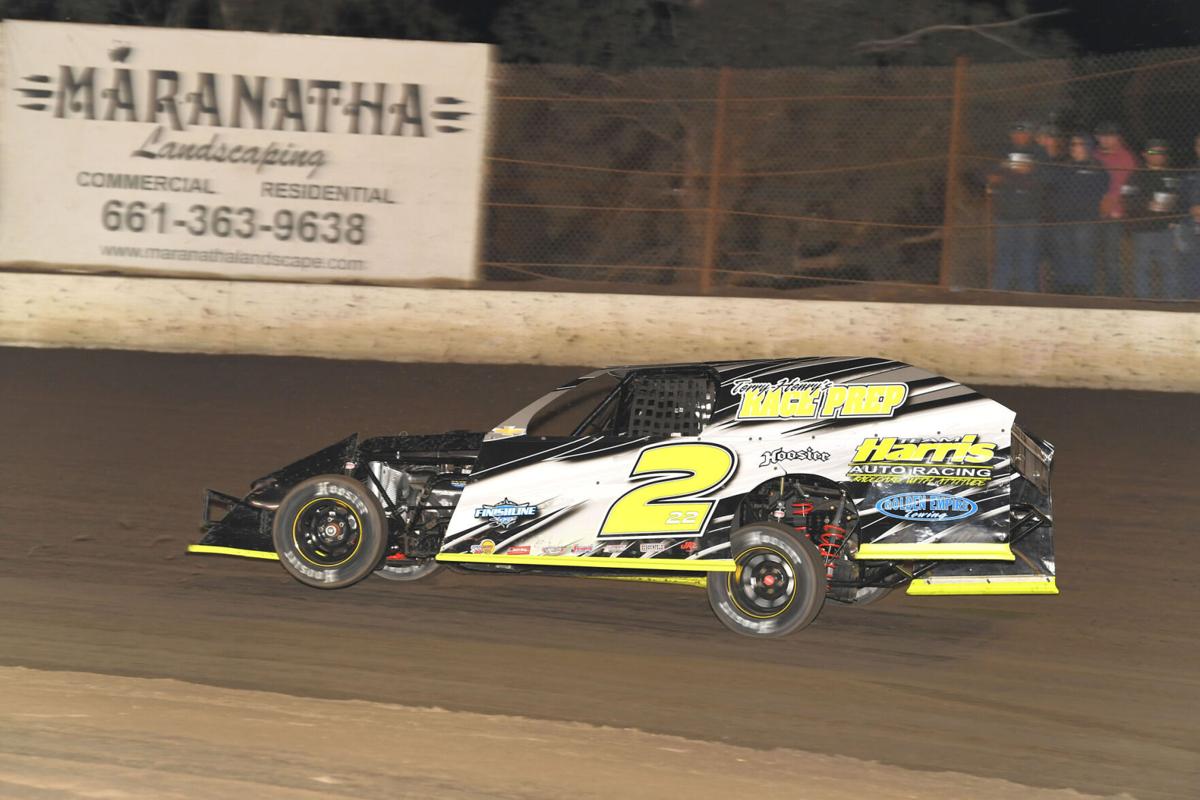 Jason Nation won in the ICMA Sports Mod on Saturday at Bakersfield Speedway.

The roar of powerful racing engines filled the air west and north of Bakersfield on Saturday night as both Kern County Raceway Park and Bakersfield Speedway kicked off the 2021 racing seasons.

With a multitude of government restrictions still in place just what type of season the tracks will have remains to be seen. But operators at both facilities are hopeful of getting back to somewhat of a normal schedule after basically being shuttered for all of last year.

“We’re a month at a time right now with our schedule, to evaluate and move forward,” said Kern County Raceway General Manager Larry Collins. “We’ll go one month and then announce dates the following month. That’s what we’re going to do.”

Bakersfield Speedway owner Scott Schweitzer has posted a full racing schedule, but said he is taking things week by week.

“We’re going to race tonight, next weekend and then just kind of see how it goes,” Schweitzer said on Saturday night. “That will kind of determine how many we can run a month and what we can continue doing.”

At Famoso Raceway, the annual March Meet, which would have taken place this past weekend, was long ago rescheduled to the last weekend in May.

The track had held a couple of “test and tunes” (participant and four crew) and like the circle tracks, is sort of operating on the fly.

“We would have been finishing up the March Meet today,” Famoso President Blake Bowser said on Sunday. “We are going to run the March Meet no matter what but hopefully we’ll have spectator seating by May. I figure somewhere between 20 and 30 percent by May. We’ll see. Other than that, we’re pretty much scheduling month to month.”

Action at KCRP was on The Dirt Track where the inaugural I-5 classic King Of Thunder Winged Sprint Cars took center stage on Friday and Saturday nights.

No doubt racers were more than ready to be in action as 34 cars were on hand Friday (Dominic Scelzi won) and 36 competed on Saturday when Shane Golobic drove to victory. David Wolford won Sport Compact races both nights.

Four divisions were in action at Bakersfield Speedway with 74 cars in the pits. Cody Laney won in IMCA Modifieds, Jason Nation was the Sports Mod winner, Ethan Dotson prevailed in IMCA Stocks and Brandon Wolford raced to victory in Mini Stocks.

New to the KCRP lineup this season is flat-track motorcycle racing on a smaller track inside the Dirt Track with the first race held last month.

“It went really good and we’re going to do that about once a month on the speedway and the flat track,” Collins said.

As for the half-mile asphalt track, just one event — a Southwest Tour race on March 20 is currently set in stone.

There is hope on the horizon that regulations on fan attendance will be allowed soon as the state appears to be loosening metrics to allow that.

Both tracks seat several thousand fans but do not need to fill facilities to make regular shows financially feasible.

“Even if it’s a restricted number (of fans) we’re good with that,” Collins said. “We’re not ready to fill the house yet but we’ll do little steps at a time, get the events going and get people racing and get people doing what they enjoy.

Schweitzer said he has been keeping a close eye on the various complex tiers and metrics which guide reopening.

“The way things are going it looks like April 1 we’ll be able to put a percentage of fans in here through the front gate, I think it will be 20 percent because of the tier level,” he said. “I can do that for a weekly show. That will be OK.”

On Saturday a good number of people came through a pair of pit gates at Bakersfield Speedway and spread out through expanded pit grandstands. Services were limited as Schweitzer said he could not open his concession stands, a rule he understands will still be in place even if fans are officially allowed back in

“It doesn't make sense to me because my concession stand is no different than a drive-up window,” Schweitzer said. ”You order your food, get it and leave. We’ll see. We’ll take what we can get.”