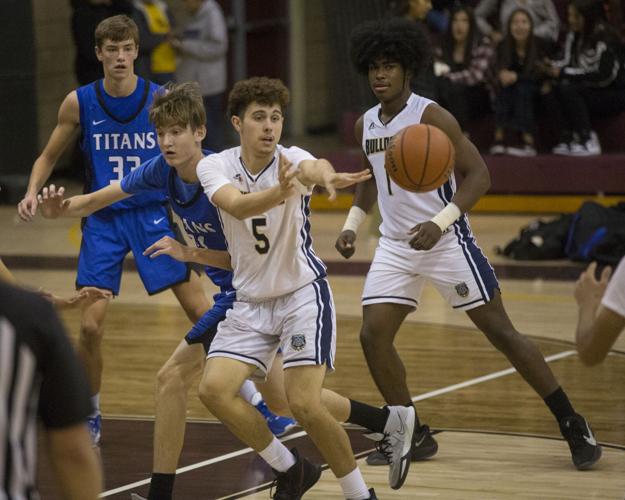 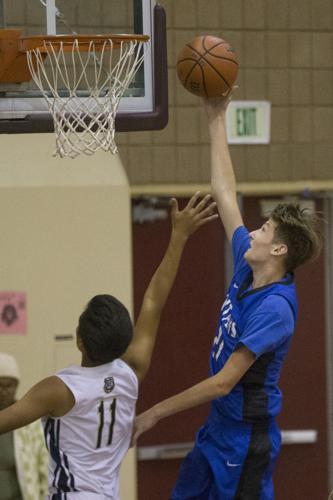 Zach Garnett from Frontier goes up for a basket against Golden Valley on Thursday afternoon at the "58 Shootout." 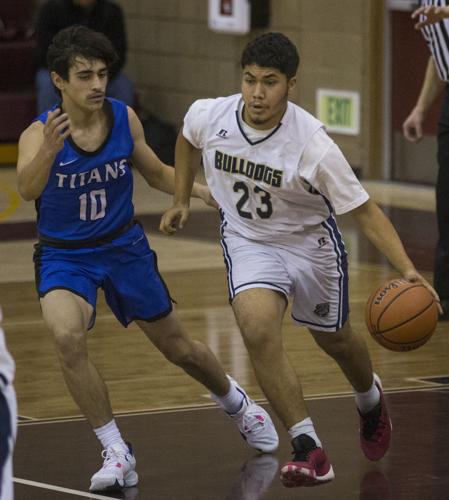 Kevin Soto from Golden Valley makes his way up the court while being guarded by Frontier during the early-season "58 Shootout" at Mira Monte High School. 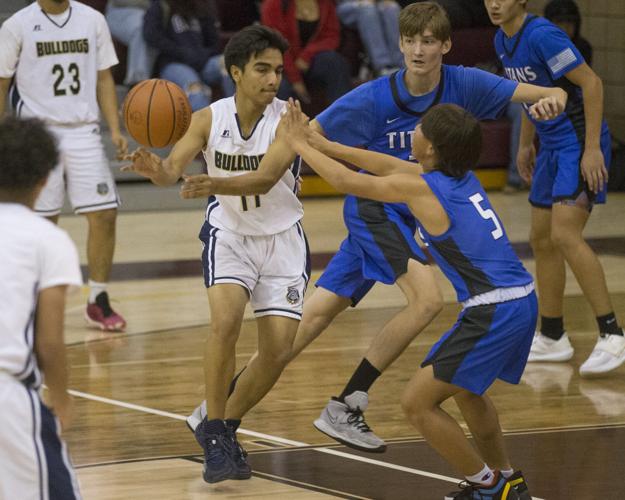 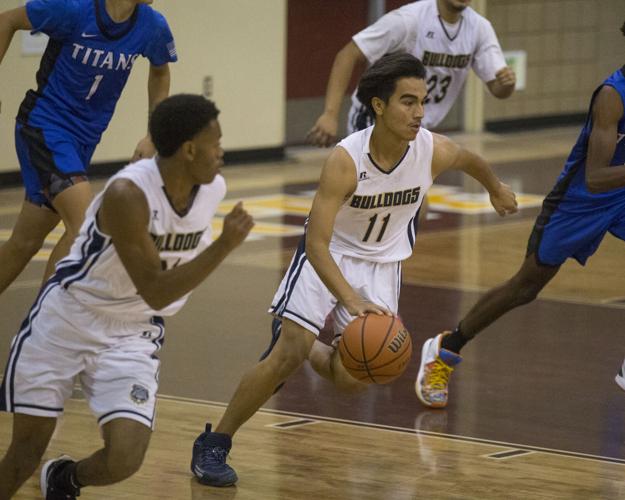 Matthew Prado from Golden Valley sprints down the court during Thursday's early season game against Frontier.

Zach Garnett from Frontier goes up for a basket against Golden Valley on Thursday afternoon at the "58 Shootout."

Kevin Soto from Golden Valley makes his way up the court while being guarded by Frontier during the early-season "58 Shootout" at Mira Monte High School.

Matthew Prado from Golden Valley sprints down the court during Thursday's early season game against Frontier.

For a dozen Central Section boys basketball teams, the road to championship glory this year begins in earnest in southeast Bakersfield.

The sixth annual 58 Shootout tournament, which continues through Saturday night at Mira Monte, opens the season for nearly half its participants, with five of Kern County's six principal leagues represented — plus two more from the rest of the section for good measure.

"We want our players to play in front of their peers, so that's why we start it so early," Mira Monte coach Trey Dunham said Thursday. "We want to get the gym packed for them so they can come out and see the team early, and just try to get some spirit early in the year."

The Lions opened the tournament in style Thursday afternoon, dispatching Pool A foe Kern Valley 69-41 behind an outside-shooting barrage. Mira Monte was hot and cold throughout, but connected on 11 3-pointers, including five from Damareya Cooks, who led all scorers with 21 points.

The Broncs were able to keep up with a couple scores from deep of their own early, led by Michael Hake (11 points), and then a string of aggressive drives from Joey Onsurez that prevented the game from getting out of hand. But after an 18-5 Mira Monte run that concluded midway through the second quarter with Damarion James (14 points) slashing through the Broncs' defense, Kern Valley never again got within 16 points.

The Broncs had their best showing right after halftime, holding the Lions without a 3-pointer in the third quarter as they kept their deficit constant and picked up a jumper and a close-range bank shot by Derrick Hinkey.

Regaining its spark following back-to-back 3-pointers from Sergio Mata and Cooks, Mira Monte embarked on a 13-3 stretch midway through the fourth quarter to widen the chasm even further.

"The cohesiveness isn't there yet, but once we really learn how to play with each other, learn each other's spots, I think we could end up having a pretty solid year," Dunham said.

The second matchup of the tournament, from Pool D, pitted Frontier, the lone South Yosemite River League representative on hand, against Golden Valley, which engineered a long run through the Division IV section playoffs last year.

Both teams return little experience from last season. And while they were neck-and-neck early, with Frontier leading 13-12 in the second quarter after allowing four Golden Valley 3-pointers during a jittery start, the Titans separated themselves in short order.

They scored, unbelievably, the next 33 points, shutting the Bulldogs out for the entire third quarter on their way to a 53-19 win.

"Those boys are really young — they needed to get comfortable," Frontier coach DJ Faiella said. "You could tell the butterflies of playing varsity basketball really hit them. We have no seniors; those are all juniors, sophomores and one freshman. So for them it took some time to figure out and just get comfortable and just realize, 'Hey, this is just like when we're practicing, or any other games we played in summer or fall.'"

They didn't take long to realize that feeding sophomore Zach Garnett was a good idea. The 6-foot-4 forward gave Golden Valley trouble in the paint all afternoon and occasionally flashed an outside shot as well. His 23-point performance was highlighted by a stretch that included four straight buckets out of the halftime break.

Early on, the Bulldogs seized a 9-8 lead to open the second quarter by generating repeated open shots from deep. But as the momentum switched to Frontier's side, so too did the outside shooting acumen. After the Titans seized the lead, three more Titans added one 3-pointer each.

Faiella said his players have a rapport from playing together in the past, but the team's development is a work in progress.

"We establish a continuity within our philosophies and principles," he said. "So for them, the chemistry's been really good, it's just more of, they need time at the varsity level because varsity and JV basketball's apples and oranges."

The 58 Shootout continued Thursday afternoon with four additional games and will resume Friday at 12:30.