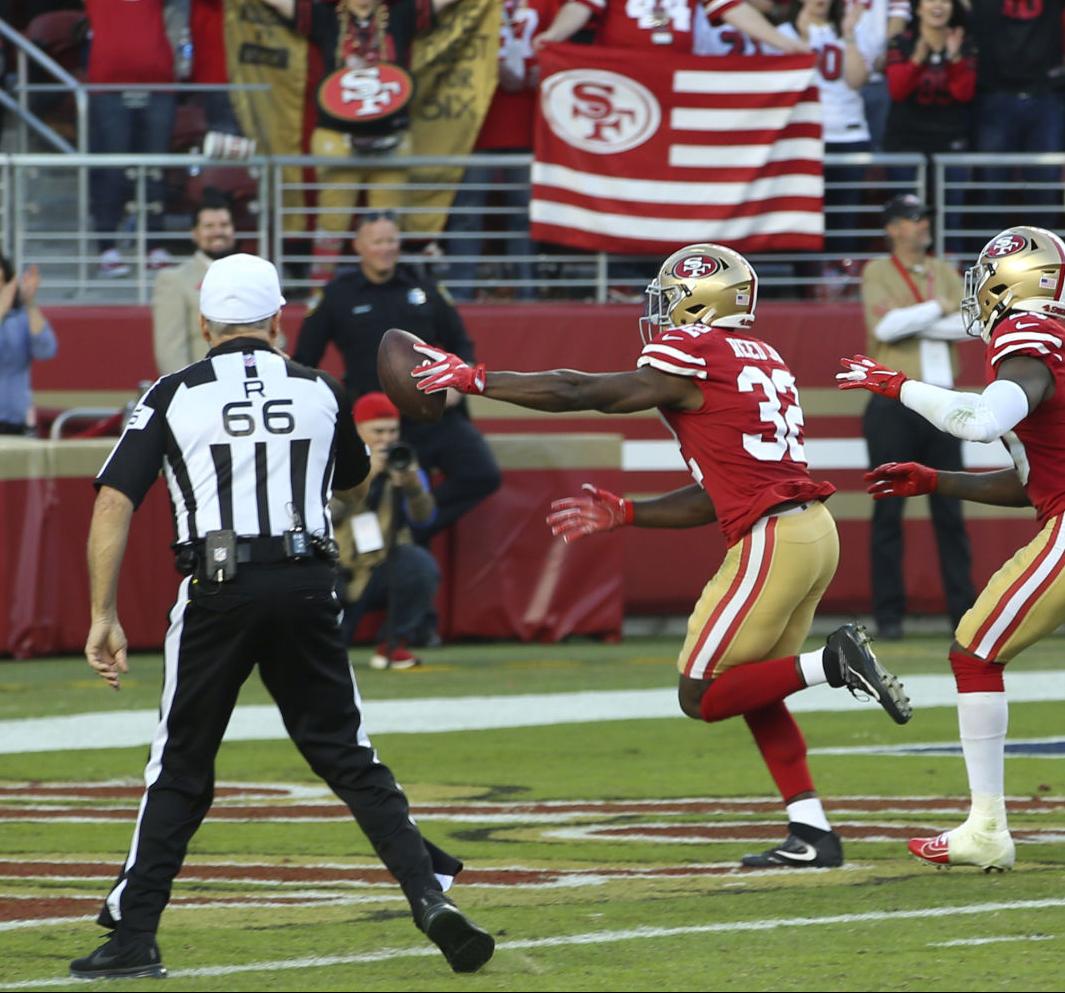 49ers free safety D.J. Reed Jr. (32), an Independence High graduate, returns a fumble to score against the Cardinals during the second half of a game in Santa Clara in October. 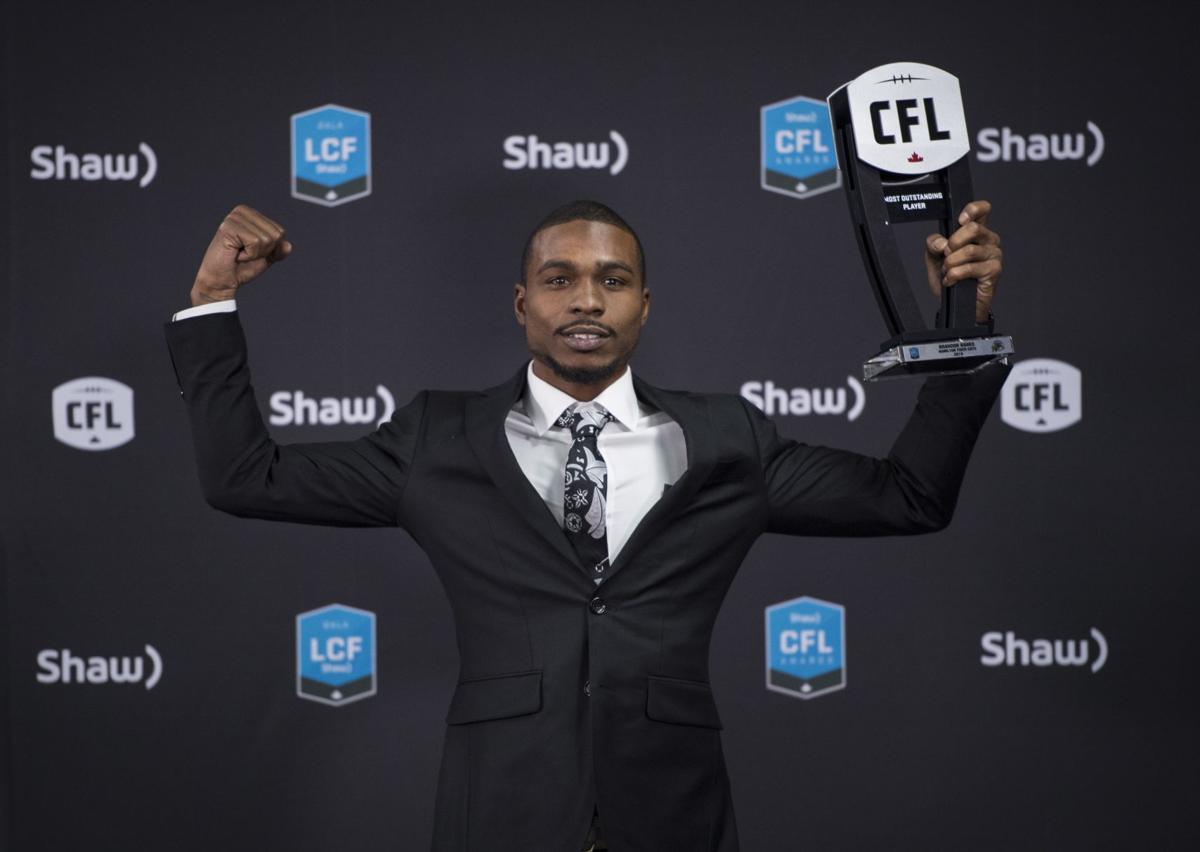 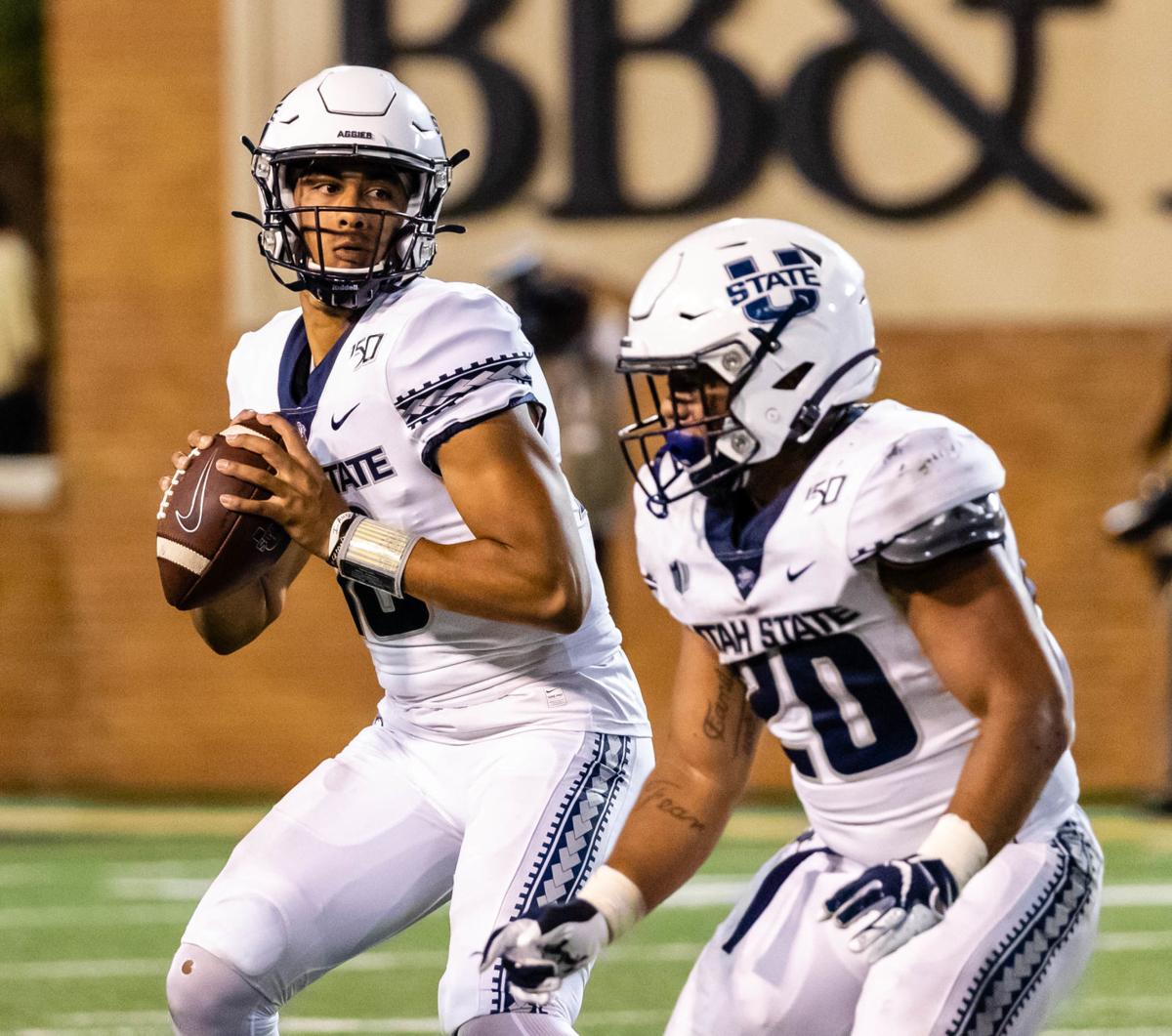 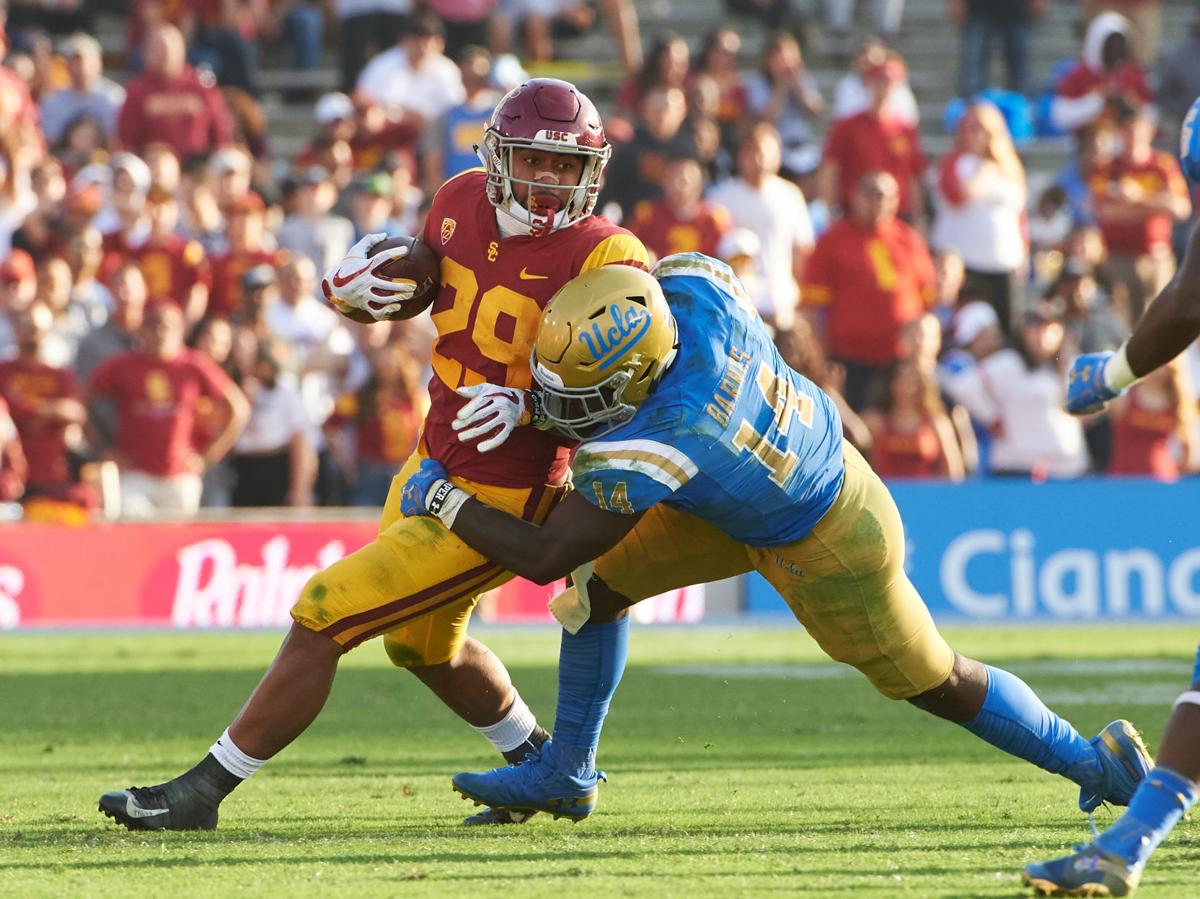 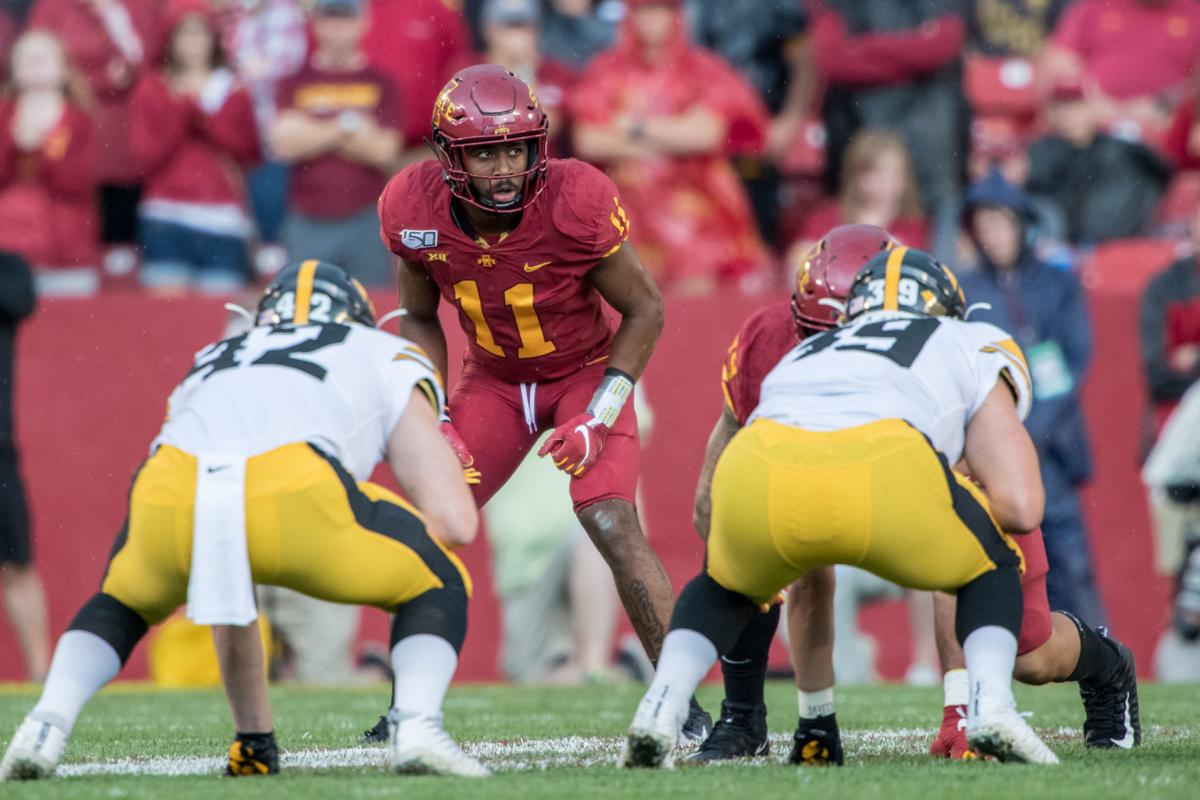 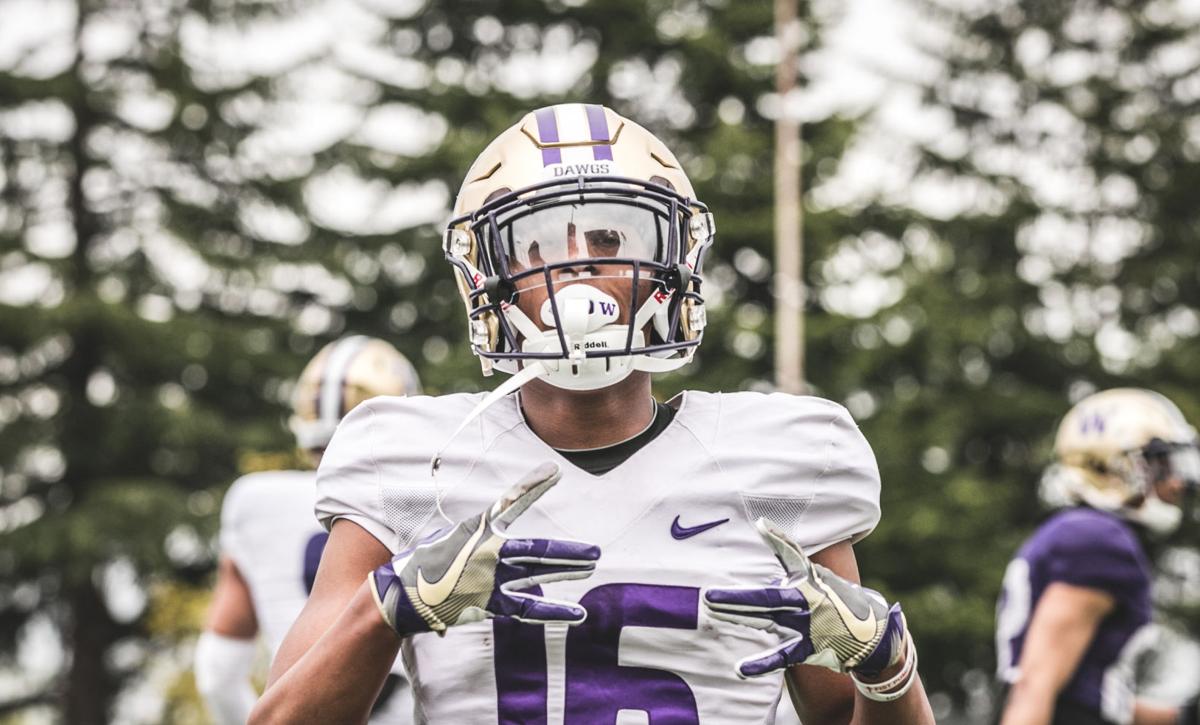 Cameron Williams warms up during spring practices at the University of Washington.

49ers free safety D.J. Reed Jr. (32), an Independence High graduate, returns a fumble to score against the Cardinals during the second half of a game in Santa Clara in October.

Cameron Williams warms up during spring practices at the University of Washington.

The 2019 professional and collegiate football seasons have mostly come to an end, with just a few more bowl games and the NFL playoffs underway in the early weeks of 2020.

Plenty of players with local ties have shined on the field. Here is a rundown of who did what this season.

Season synopsis: The Raiders second swan song in Oakland ended with a sputter as the team finished 7-9 and missed out on a playoff spot in the last week of the season.

With rumors swirling all season of the Raiders replacing the Bakersfield Christian graduate at the QB position, Carr put up career-highs in passing yardage and completion percentage and was single digits in picks for the second time in his career.

Despite the career numbers, the team has yet to consistently succeed with Carr under center. He has the second most losses for a QB in their first six seasons with 55 — just behind big brother David who had 56 defeats.

Whether Carr is to blame or it's the team surrounding him — Carr's 21 touchdowns is the second-lowest total in his career — he remains optimistic in the Raiders' rebuild and subsequent future in Las Vegas.

“We are close,” Carr told The Associated Press following Oakland's Week 17 loss to Denver. “This is the first time, if I'm being honest, in my career, where I can sit there and look at the future and be like, ‘We can really be good for eight to 10 years.' ... We did some things that, let's just be real, no one thought we were going to do."

Season synopsis: The Independence graduate has been a mainstay on the special teams unit for the 49ers, who are the top seed in the NFC for the playoffs. Reed has also filled in when needed for a top-ranked San Francisco pass defense.

His most memorable play of the season was against Arizona in Week 11. The Cardinals failed on a last-ditch effort on the kickoff return and Reed scooped up a botched lateral and ran it into the end zone as time expired for his first professional touchdown.

Crawford's season ended prematurely on Oct. 15 when he elected to have the surgery and was subsequently placed on injured reserve. His lone sack was in Week 2 against Washington.

Season synopsis: The Liberty graduate had a quiet season as the long snapper for the Chargers, which is good for a player in that position.

The Chargers' two kickers for the season combined for six missed field goals and only one block. No Chargers punt was blocked or muffed in 2019.

Season synopsis: The Centennial graduate started the 2019 season unemployed as he was released by Philadelphia during the last day of roster cuts.

Kessler didn't have to wait long as he was signed by the Patriots on Sept. 25. After being released by the team on Oct. 15, he was resigned on Oct. 28 and has remained the backup to Tom Brady.

Season synopsis: The Bakersfield College alum put up career numbers all around en route to winning the CFL's Most Outstanding Player award, the first for a receiver since 2012.

Banks also helped lead Hamilton to a league-best 15-3 record and to their first Eastern Division championship since 2014. The Tiger-Cats ultimately lost to Winnipeg in the Grey Cup.

Season synopsis: The BHS graduate and Bakersfield College alum was signed midway through Winnipeg's season due to injuries and starred for the team in the postseason in their Grey Cup run.

It was enough to impress the team to sign him to an extension through the 2020 season.

Season synopsis: The Ridgeview graduate in his first year as a starter was a key part of Winnipeg's defense in their championship run.

His 63 tackles was good for second on the team. Wilson is also under contract with Winnipeg for the 2020 season.

Season synopsis: The West graduate only started eight games for Edmonton before an injury took him out of commission for the rest of the season.

Orange will look to rebound as one of the few returning members of the Edmonton secondary in 2020.

Season synopsis: The Liberty graduate struggled to rediscover the success of his sophomore season but still was 17th in the nation in passing yards in his junior year.

Love will enter the NFL Draft behind a growing list of highly prospected names at the quarterback position. Scouts still like Love's upside and the tools he brings to the table as a dual-threat quarterback. A strong combine could see him being selected as high as the second round.

Season synopsis: After opening the ultimately disastrous UTEP season as the starter, the Bakersfield Christian graduate and Bakersfield College alum slowly began splitting time with Kai Locksley before ultimately losing the job in October. Jones graduated from UTEP in December.

Season synopsis: The Liberty graduate was a multi-year starter for the UCLA defense and his all-around performance on the field was a bright spot in an otherwise disappointing season for the Bruins. Barnes ranked second on the team in all categories listed. He will prepare for the upcoming NFL Draft where his ceiling is currently a late Day 2 pick.

Season synopsis: The Ridgeview graduate thrived in a starting role for the Iowa State secondary. White was second on the team in tackles and led the Cyclones in interceptions.

Season synopsis: The BHS graduate thrived on the field in his freshman season, finishing second on the team in interceptions in an otherwise disappointing season for Washington.