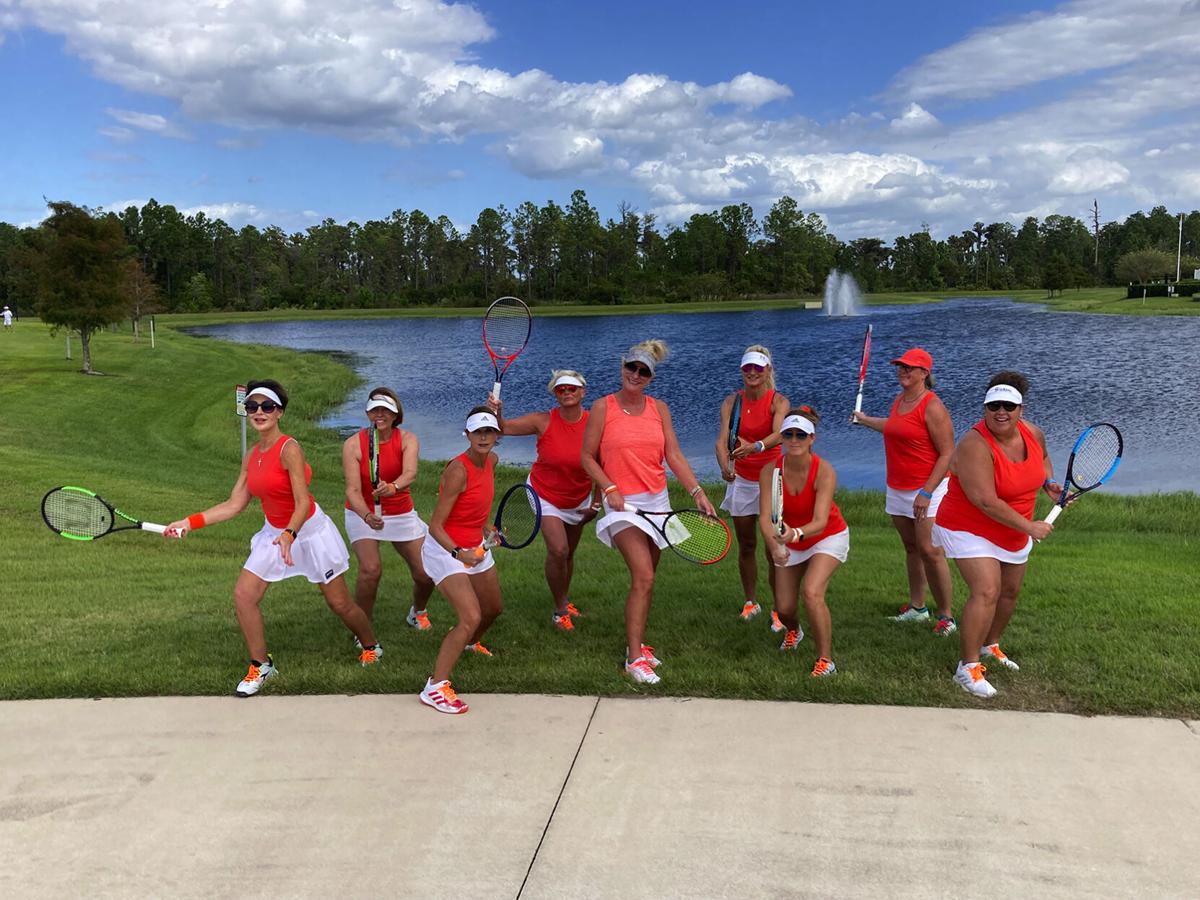 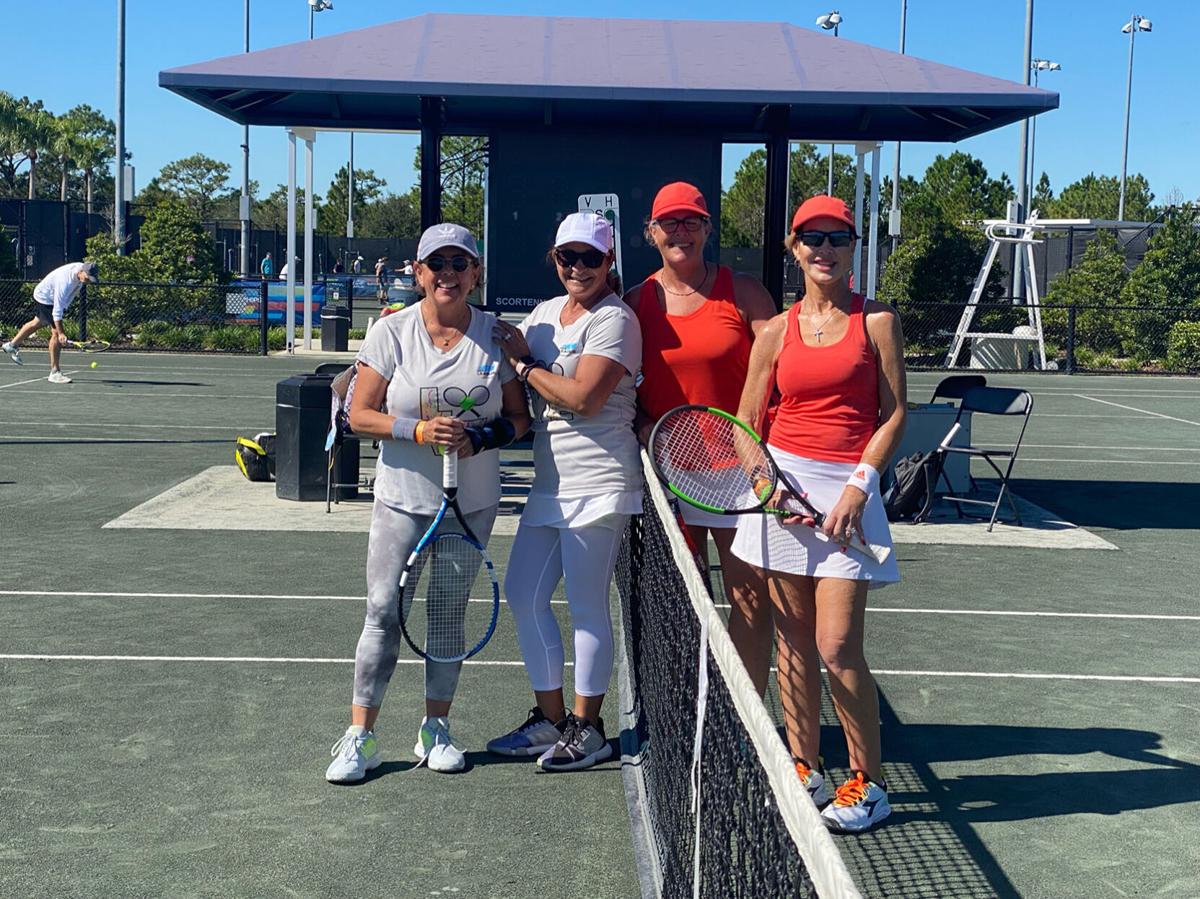 The Bako Heat team members appreciated the friendliness and support of their competitors, including their opponents from a Puerto Rican team representing the Caribbean, who they defeated 3-0. 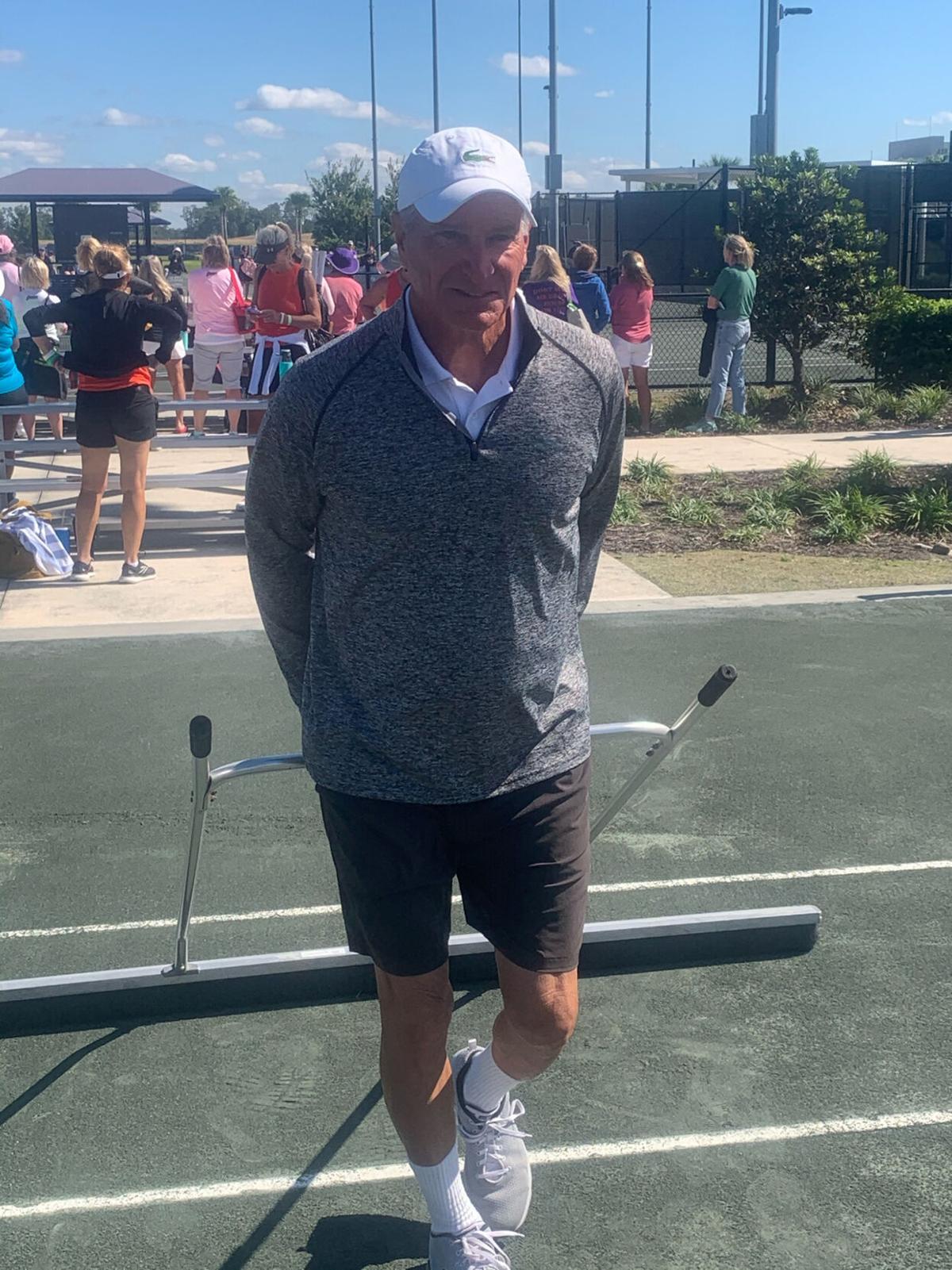 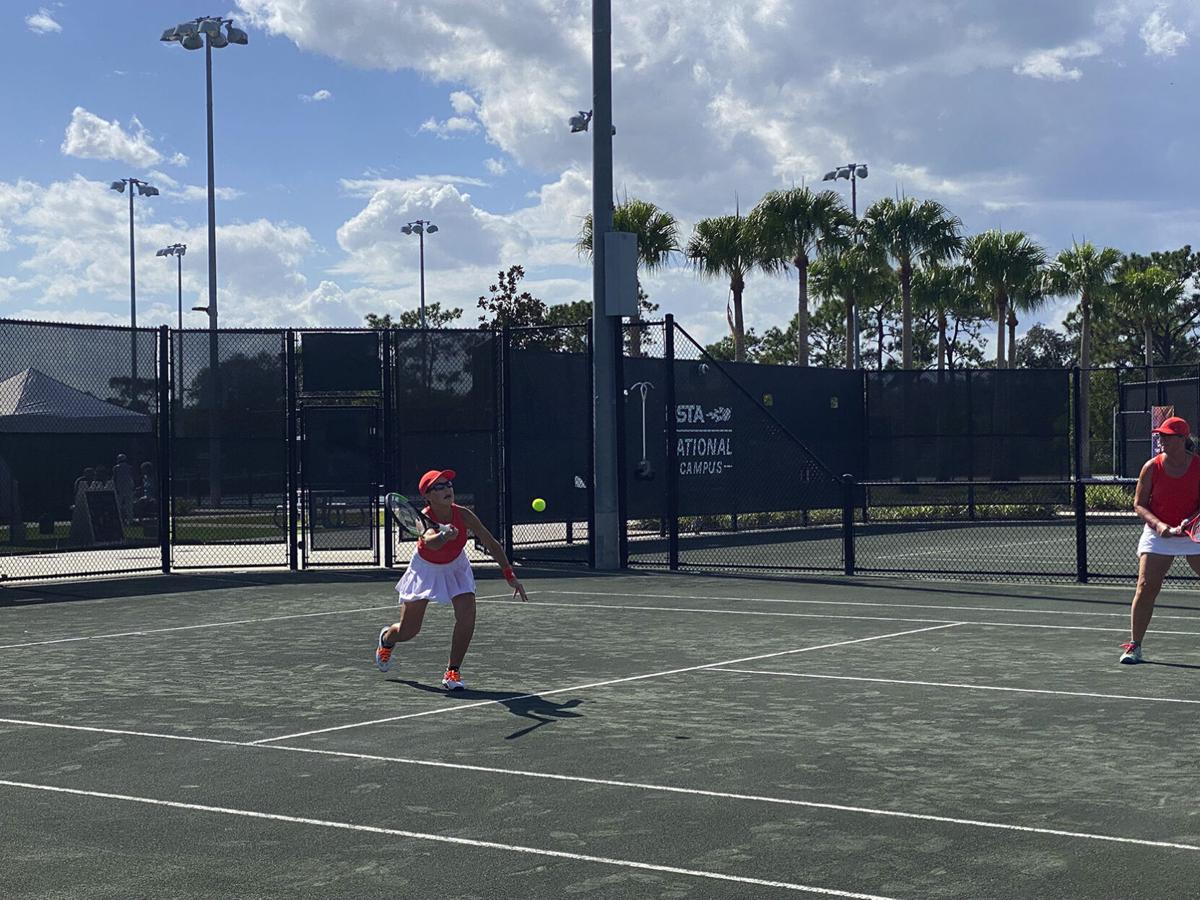 The team played several highly competitive matches in Florida, including the final against a local team that went to a tie-breaking third set.

The Bako Heat team members appreciated the friendliness and support of their competitors, including their opponents from a Puerto Rican team representing the Caribbean, who they defeated 3-0.

The team played several highly competitive matches in Florida, including the final against a local team that went to a tie-breaking third set.

Home-field advantage is a powerful phenomenon. The players of the Bako Heat 55-and-over, 6.0-rating women’s tennis team, captained by Laurie Haagsma and Michele Buoni, feared they’d be its next victim.

The Bakersfield Racquet Club squad had conquered the competitive Southern California sectional tournament, avenging its finals defeat in Fountain Valley earlier in 2021, when Haagsma said they “didn’t do their homework enough.” This time, they’d made regular trips down to Burbank, organized by Buoni, to get used to playing on clay and mitigate that unfamiliar factor.

But in the USTA national championship in Orlando, they found themselves facing a team from Florida — a past champion at that. Surely their opponents would be more used to the sweltering heat.

Imagine the team’s relief when the temperature didn’t exceed 72 degrees (per data from Time and Date AS), and when, with vanquished foes watching and offering their support, the ladies polished off their formidable opponents to claim the title.

“We happened to have the most glorious weather ever,” Haagsma said. “And I think that’s the reason why these girls could do so well.”

Haagsma added that it had been 15 years since a team representing Bakersfield had won such a competition at the national level.

“It just was a perfect storm,” Buoni said. “Everything worked out the way I guess it was meant to be.”

But to focus on the auspicious weather conditions would be to undersell the team's effort to get to that triumphant moment. For about four years, the group had been working with Chuck Beatty, a longtime local tennis coach, to hone their doubles skills.

“I spend a lot of time just teaching the game of doubles,” Beatty said. ”It’s complicated, there’s a lot of strategy, most points are lost because you’re not in the right place at the right time.”

He said they’ve improved each year. After a sectional tournament at Indian Wells when they lost in the finals two years ago, Beatty told the ladies he believed they could beat anybody. But even though their tournaments were against other 6.0 teams — doubles pairings on which each member has a 3.0 rating — there were no age restrictions.

“I don’t care how good you are,” Beatty said, “if you’re 55 competing against a 20-year-old, and they’re running all over the court, (it’s a) little difficult to beat them if you’re all supposed to be the same ability.”

The team spent the pandemic honing its game, Haagsma said. It also allowed some players to reach an age milestone.

“There are several of us that are close to 55,” Buoni said. “I just turned 55 this last June. And so we just kept saying, when we’re 55 we can play a 55-and-older, and we think that we could do better, not having to play against these youngsters.”

They’d have to first qualify for sectionals. The only problem: they didn’t have sufficient local opponents in Bakersfield to play against. (This is also why their ratings stayed around 3.0 despite their improvement.) So they applied for and were granted a waiver, and headed to San Diego. They swiftly won all three matches, including one 3-0 sweep, to secure a spot at nationals.

“I knew that once we won the Southern Cal section, we had beaten some very good teams down there,” Beatty said, “and that should mean that we could beat anybody else also.”

But after winning, the Heat got some bad news.

It would only be allowed, in Florida, to use players who had played two matches. Because the team had qualified on a waiver, this meant that Buoni, Dianne Benshoof, Susan Frakes, Terry Echeverria, Linette Holliday and Agnes DeJong had to play the entirety of nationals.

“We just prayed every day that no one got hurt or sick before we went,” Buoni said.

The players practiced with fixed partners to make sure they knew each other’s tendencies. And then they were off to Florida in late October.

SoCal was good practice, but in Orlando, the Heat faced foes from other regions Beatty described as particularly competitive, such as the Pacific Northwest. But the team swept its Spokane foes and a squad from Puerto Rico, actually playing closer 2-1 matches against teams from the “Intermountain” and “Middle States” regions on Oct. 29 and Oct. 30.

“There were lots of matches where we lost the first set and made adjustments and won the second set," Beatty said, "and then they just fought really hard.”

Along the way, the ladies gained plenty of fans by, as Haagsma put it, just being friendly.

“All the teams that we beat were so nice,” Haagsma said, “and then they all kept coming to watch us because a lot of them said, ‘We want to be able to say the team that beat us won the whole thing!’”

Many of those foes were on hand for the fateful Sunday morning final. They saw Holliday/DeJong (5-7, 6-0, 1-0) and Benshoof/Echeverria (6-1, 6-3) claim victories over their counterparts from Apollo Beach, Florida.

The victories had plenty more witnesses back home in Bakersfield, where viewers supporting the Racquet Club woke up early to watch livestreams and sent encouraging texts, cheering on their peers on a national stage.

“The great thing about this is the amount the ladies have all improved… That’s their whole basis for doing this, is they just want to become better tennis players,” Beatty said. “I would say the results for the past four years show they’ve done that.”

Beyond the ongoing fall league, with sectionals in January, the team is bound to change as some players earn higher ratings. More pressing for Buoni, though, is assembling another team to play against locally, so no waiver is needed for future competition; of her teammates’ three-day nationals gauntlet, she said, “I wouldn’t wish that on anyone.”

“So that’s what I see,” Buoni said, “is to grow the teams in Bakersfield for the 55 and older.”