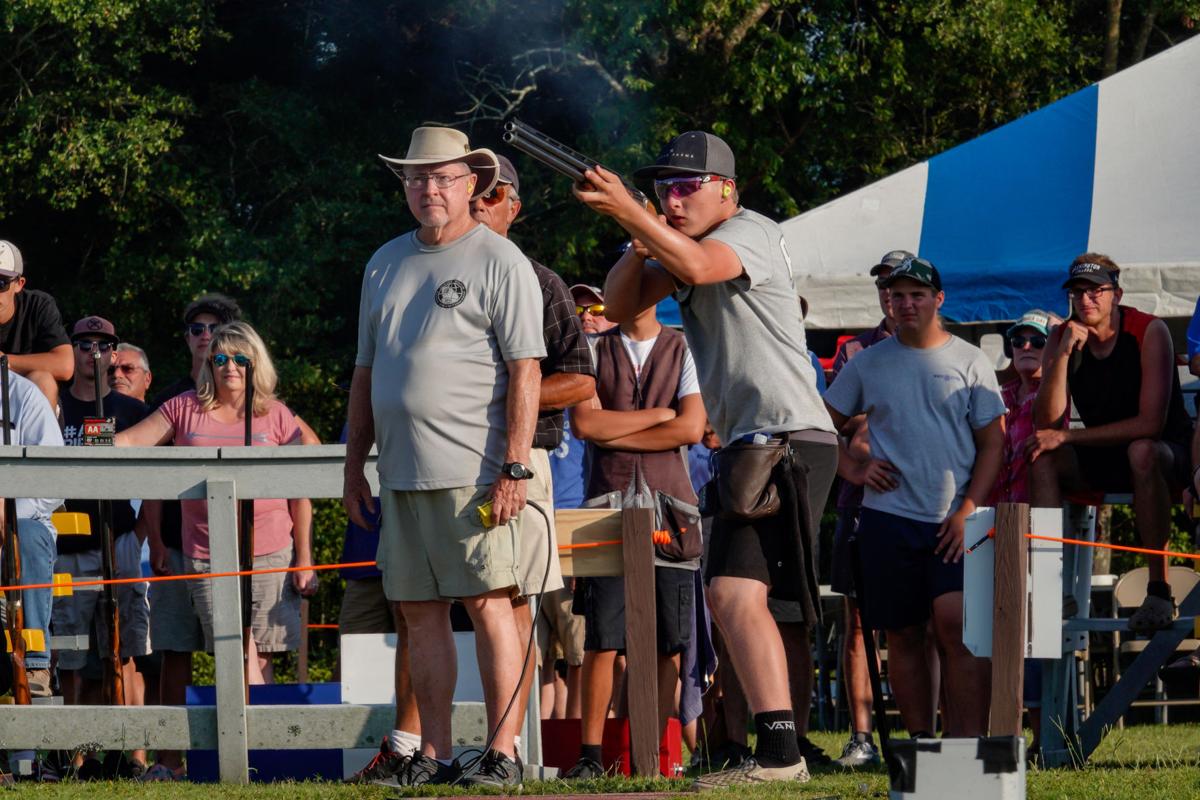 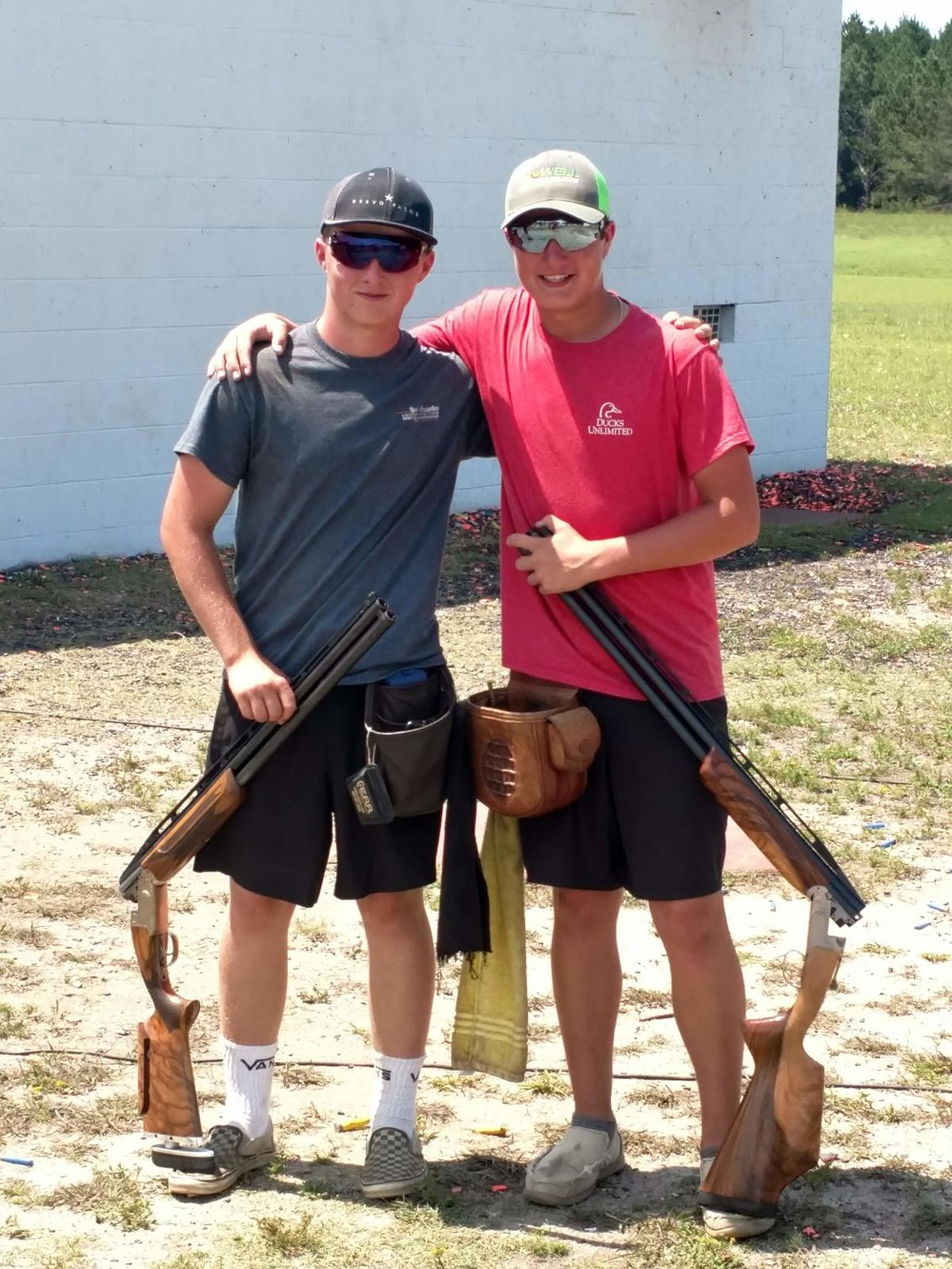 Cliff Bolt has worked with more than his fair share of aspiring skeet shooters in his more than 50 years as a competitor and instructor in the sport.

But nothing prepared the former state champion for his first encounter with 10-year-old Joe Fry at the Kern County Gun Club in the Winter of 2013.

“I was recommended by a friend of theirs as a coach, so I took him over to what I thought were a couple of easy stations and I thought I’ll see what happens,” said Bolt, a member of the California Skeet Shooting Hall of Fame, who also won a veteran world title in 2017. “He had a 20-gauge shotgun that didn’t fit him. It was too big for him. It was too long for him. I took him over there and he took 8 or 10 shots and hit every target. So I’m saying what the heck do we have going here. So I took him over to Station 6 which is more difficult, and he may have missed one out of 10 targets.”

Needless to say, Bolt was impressed and agreed to work with Fry, the start of a successful partnership that has led the Bakersfield teenager to several titles — as a junior and against adults — over the past five years.

“I think a lot of it is just growing up since I was about 5 shooting a BB gun,” said Fry, a sophomore at Garces High, who was inspired to shoot by his father, Colby, and his grandfathers, George Fry and Bruce Massa, all avid hunters. “I was just always shooting and stuff since I was little. I was always comfortable with it. I’ve always shot since I was a really young age, and I think that’s what has really helped me.

The 15-year-old Fry’s title run culminated with a Junior World Skeet Championship in 12-gauge doubles last month in Fort Bragg, N.C., teaming with another 15-year, Sheaffer Stanfill from Clarksville, Tenn. The two combined to break the two-man record with 797 points of the 800 possible.

“I could tell at the beginning, his hand-eye coordination was just fabulous,” said Bolt, 75, who still competes and shoots three to four times a week. “And the kid had all of this talent and all you had to do was get it out of him. So I could see world champion written all over him. I’ve worked with a lot of kids and adults, and this kid had more talent, I thought, than any of them.

“We shot a lot of targets (in practice), and you could just see him come up the ladder. And he had the desire, and he still has the desire. And that’s what it takes to be a champion in this sport, is the desire to be one.”

The quest for another title continues as Fry prepares for one last competition this season — the World Skeet Championships in San Antonio at the end of September — before he packs his shotgun away and focuses on hunting, and possibly playing water polo, soccer or basketball at Garces.

“What an accomplishment,” said Bolt, who donates his instruction time free of charge. “And now he’s going to go to the world shoot, where he’s going to shoot against adults and everybody. And I would be shocked if he doesn’t get on a podium back there in one of the events. That’s just how good he is.

“And as a 15-year-old, he’s really, really mature. That’s a kid that you want. You want a son like that. He’s very polite, he’s respectful and just a wonderful person.”

Fry’s elevation in the world of skeet shooting picked up steam last year, when as a 14-year-old, he became the youngest to ever win the .410 bore open division title at the State Skeet Championships. He also captured the overall junior and doubles titles after posting the highest score in 12-gauge, 28-gauge and .410. He was runner-up in 20-gauge.

“You have to have a drive to want to keep doing it, and you need to be competitive and want to keep improving, always,” said Fry, who has considered trying to prepare to compete in the Olympics. “You can’t just have a goal to shoot 100 straight and then that’s all you do. You have to want to shoot 100 straight, then 200 and 300, 400 … You always want to have something next you want to achieve.

Sounds pretty simple, right? Not so, according to his parents, Colby and Katie.

“He’s just been so good, but he’s worked hard to get there,” Katie said. “He makes it sound like it’s so easy, but people (in the sport) recognize the fact that it’s not that easy.”

Colby added, “He’s just dedicated himself to his sport. So I’m not really surprised he’s done so well. He’s definitely put in the effort to get where he is. A lot of his game is mental. If you miss a target, a lot of people break down, but Joe’s always been pretty good at recollecting himself and moving to the next station, and picking up right where he left off.”

At this year’s state championships Fry continued his success, winning the open division in 12-gauge, retaining his .410 title and was third overall. In the junior division, he won the championship in all four gauges and overall.

“You can teach someone all the fundamentals, then it’s about 80-85 percent mental,” Bolt said. “And for a kid I started working with … he’s 15 now, but in this game, he’s a 30-year-old. That’s how much he has grasped the sport mentally.

“I just love the game of skeet and I found that I have a niche to instruct, so when I find a youngster like Joe Fry, I’m all in. I’ve helped a lot of other kids, too, that are accomplished in it, but only one Joe Fry comes across in a lifetime. And I was fortunate enough to have worked with him.”