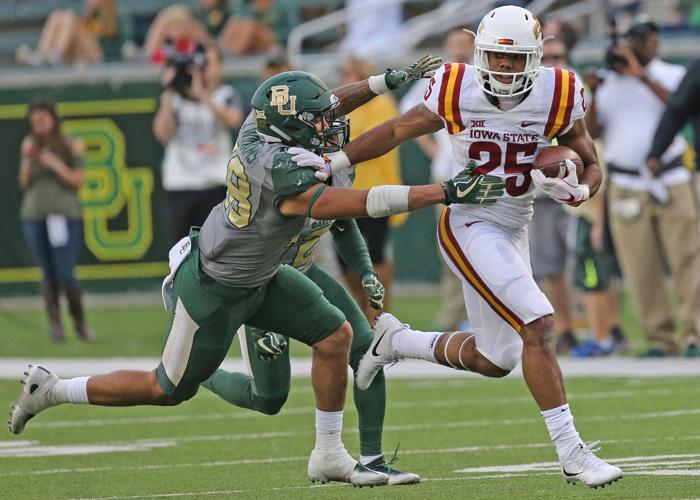 Bakersfield native Sheldon Croney, shown during his time at Iowa State, has started a new podcast to discuss the challenges of being an athlete. 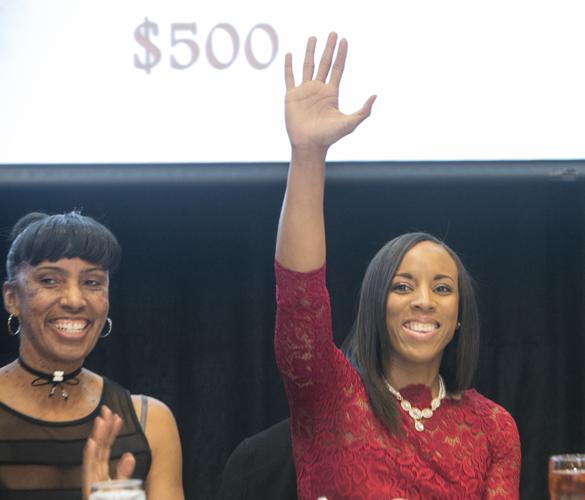 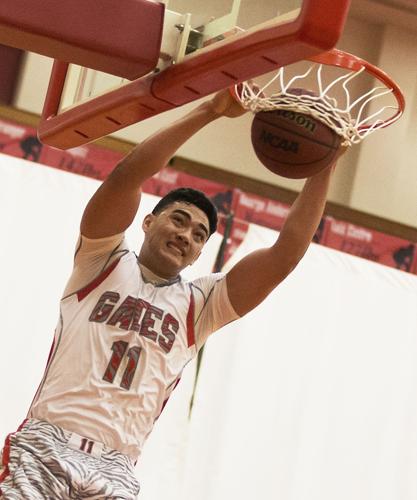 Former Chavez and BC standout Henry Galinato is now playing for the University of the Philippines. 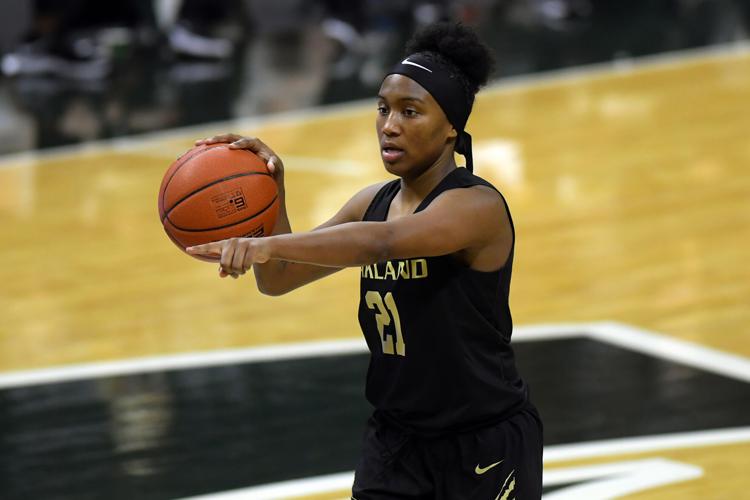 Former Independence standout Kahlaijah Dean has announced that she is transferring from Oakland University. 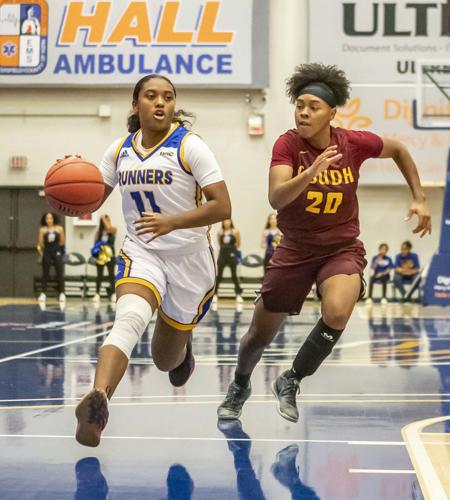 CSUB's Lexus Green, left, who starred at Garces, has announced that she is entering the transfer portal.

Bakersfield native Sheldon Croney, shown during his time at Iowa State, has started a new podcast to discuss the challenges of being an athlete.

Former Chavez and BC standout Henry Galinato is now playing for the University of the Philippines.

Former Independence standout Kahlaijah Dean has announced that she is transferring from Oakland University.

CSUB's Lexus Green, left, who starred at Garces, has announced that she is entering the transfer portal.

There’s a moment in the second episode of Sheldon Croney Jr.’s new podcast “Attention Athletes” in which the former Garces and Ridgeview star touches on the challenges of defining an identity beyond athletics.

This post-football malaise drove Croney, now teaching in Los Angeles, to start the podcast in the first place.

“I was just kind of stuck figuring out, ‘What do I really want to do?’” he told The Californian.

Croney certainly has no shortage of experiences to recount. As he points out, he went from being the cream of the crop in Bakersfield to a disfavored reserve running back early in his Iowa State tenure. He also didn't hesitate to broach the 2015 accident that shaped his future, when he inadvertently shot himself in the hand with a gun he found at his basketball coach’s house.

Croney explained that it was important for him to be candid about the fateful moment, which used to fill him with regret.

“It just took me a long time to realize that that happening was one of the better things for me and it shaped me into how I am today,” he said.

The former running back is two episodes in, having brought on Iowa State teammate Mike Warren to talk about adversity. Croney said he hopes to bring on some women athletes to discuss the unique barriers they face, and to cultivate an audience of parents, as well as current athletes. His ultimate goal is to share universal truths about the athletic experience.

“As different as people may be, and the different places you may come from,” he said, “it kind of ties us all together in a way.”

Here’s more on some recent happenings in the local sports community.

Blue in orange: Nikki Blue is back in the WNBA, this time on the sidelines as an assistant for the Phoenix Mercury. A West High legend at point guard, Blue starred at UCLA and spent five years with the Washington Mystics and New York Liberty. She first got involved in coaching at UNLV in 2008 while her playing career was still in progress, and has risen through the ranks since, including a three-season stint assisting Greg McCall at Cal State Bakersfield. Most recently, Blue worked under the legendary Charli Turner Thorne at Arizona State. Following Turner Thorne’s retirement, Blue will now join Vanessa Nygaard’s new coaching staff in Phoenix, leading a Mercury squad that reached the finals last season, starring players like Brittney Griner and Diana Taurasi.

The news is out: Bakersfield College football released its 2022 schedule on March 23, and eagle-eyed readers may notice that it is exactly identical to the 2021 schedule, except with home and away assignments reversed. That means Allan Hancock will visit BC to conclude the regular season, which will be a homecoming for Seth Damron. The Bulldogs’ head coach, an alumnus of East High, starred as a tight end at BC in the mid-2000s, after his father, Brent, and grandfather Duane had previously coached for the Renegades. He got the better of R. Todd Littlejohn in November when the Bulldogs beat BC 13-0.

Delano to Diliman: Henry Galinato Jr.’s basketball journey has taken several interesting turns in rapid succession. The Delano native and Chavez alum averaged a double-double his sophomore year at BC, which he parlayed into a two-year stint at Benedictine Mesa. Galinato earned first-team all-conference honors during his senior season. His playing career didn’t end there, as Galinato, a Filipino American, has taken his talents to the University of the Philippines in Diliman, Quezon City, which began its long-delayed season on March 26, over two years after the Fighting Maroons saw their last action. The Tiebreaker Times reported, however, that Galinato is sitting out, preserving his eligibility to get acclimated and eventually line up with former NAIA rival and fellow Filipino American Zavier Lucero.

Pursuit of perfection: Tehachapi alumna Teagan Thurman, who recently took a visit to CSU Dominguez Hills, isn’t the only local women’s basketball product transferring this offseason, as Kahlaijah Dean and Lexus Green also recently announced that they are entering the portal. Dean, a two-time BVarsity All-Area Player of the Year at Independence, spent four years at Oakland (in Michigan), highlighted by an all-Horizon League first team nod in 2021, and will go elsewhere as a graduate transfer. Green is a former Garces standout and daughter of the late CSUB guard Wade Green. She was one of the Roadrunners’ most prolific scorers in the COVID-shortened 2020-21 season but saw her playing time and productivity diminish this past year. With two years of eligibility remaining, she will now look for success away from home for the first time.

More on the move: The 2017-18 BVarsity All-Area Player of the Year for boys basketball, Ronnie Stapp, has made it to the Division I level. Stapp, who has spent time with Fullerton College and Southern Arkansas University Tech during his college career, announced his commitment to Idaho State, which plays in the Big Sky Conference. The onetime Driller most recently averaged 13.5 points per game for a Fullerton squad that went 25-4.

Former Ridgeview and BC defensive back Shon Stephens has reversed course. After previously attending Missouri Southern and Penn State, then announcing a commitment to Valdosta State in January, Stephens is headed back to the Big 10 to join Purdue.

Two-year Centennial starting quarterback Will Alexander is leaving Elon, where he played just one game in four seasons, for Division II Clarion. He will enter as a redshirt junior.