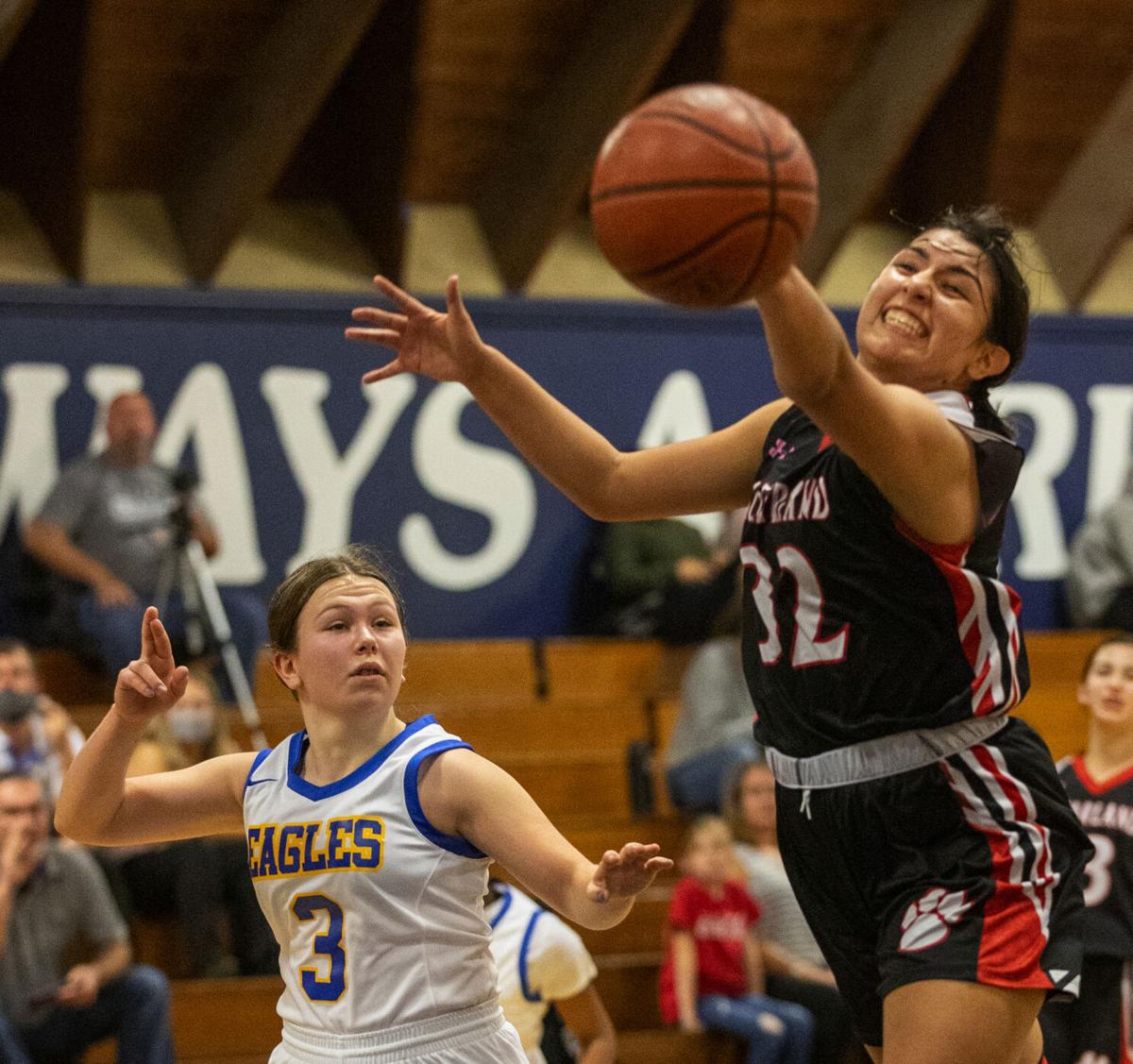 McFarland's Annie Fernandez fights for a rebound in front of Bakersfield Christian's Jayson Tyler in Wednesday's opening-round game of the Bakersfield girls basketball tournament at BHS. 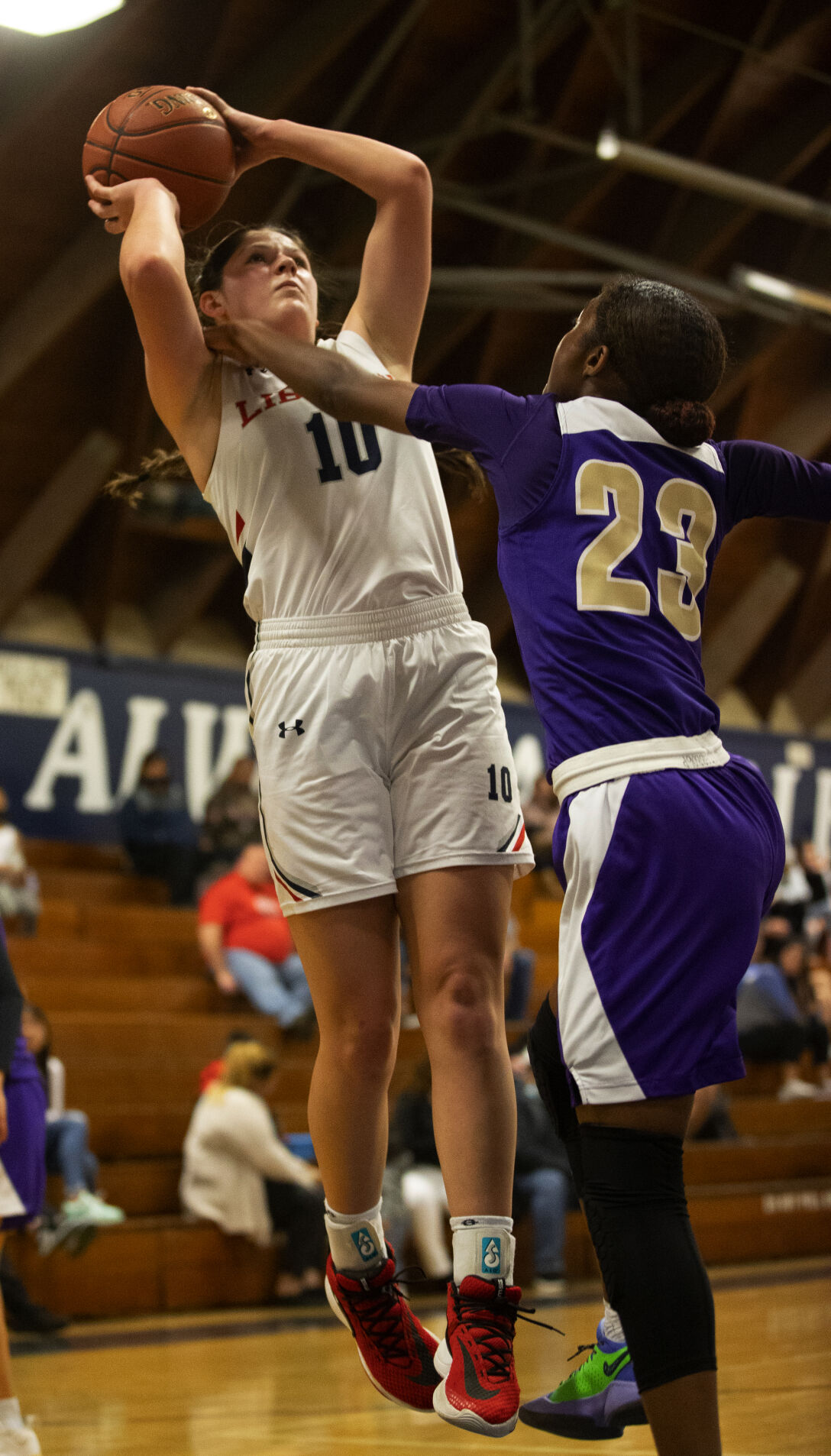 Liberty's Emma Fredricks takes a shot over a Ridgeview defender during the "Who Got Game? tournament at Bakersfield High earlier this month. The two teams are slated to be in action in next week's Arvin Holiday Showcase. 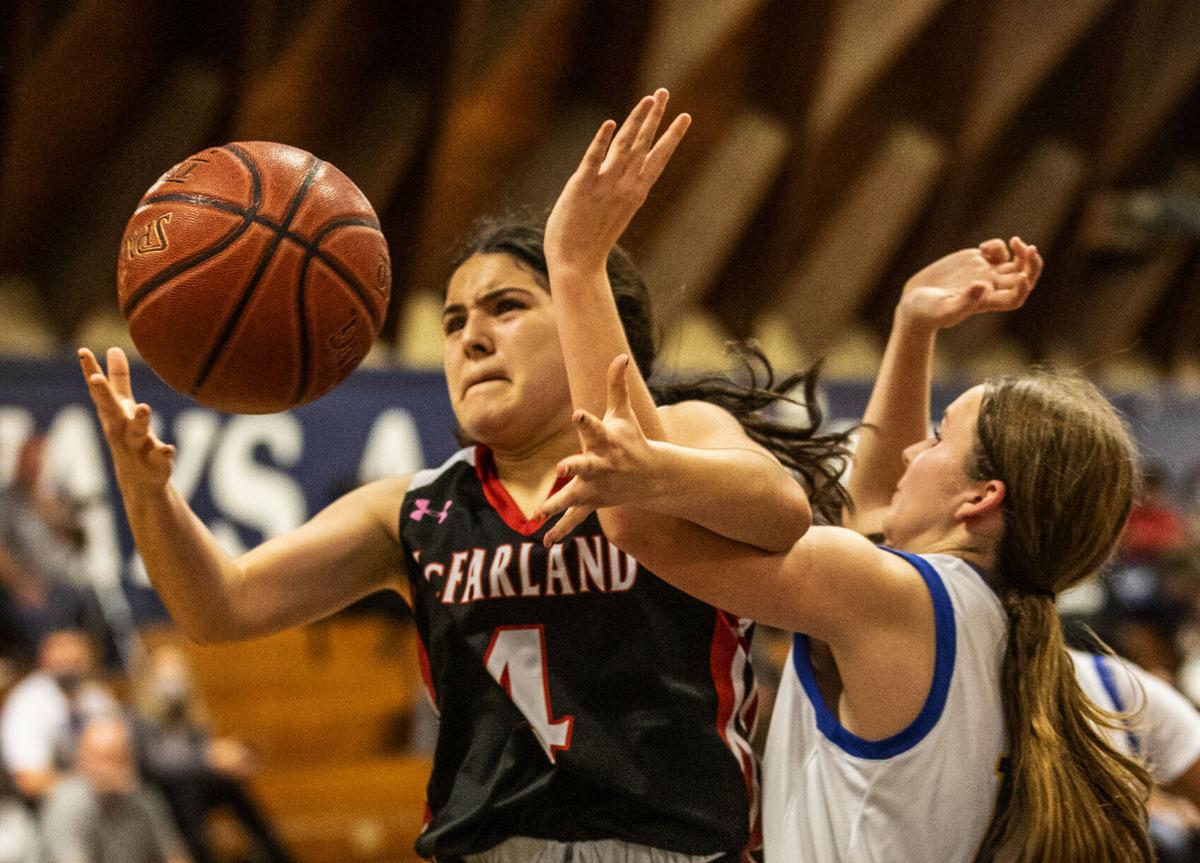 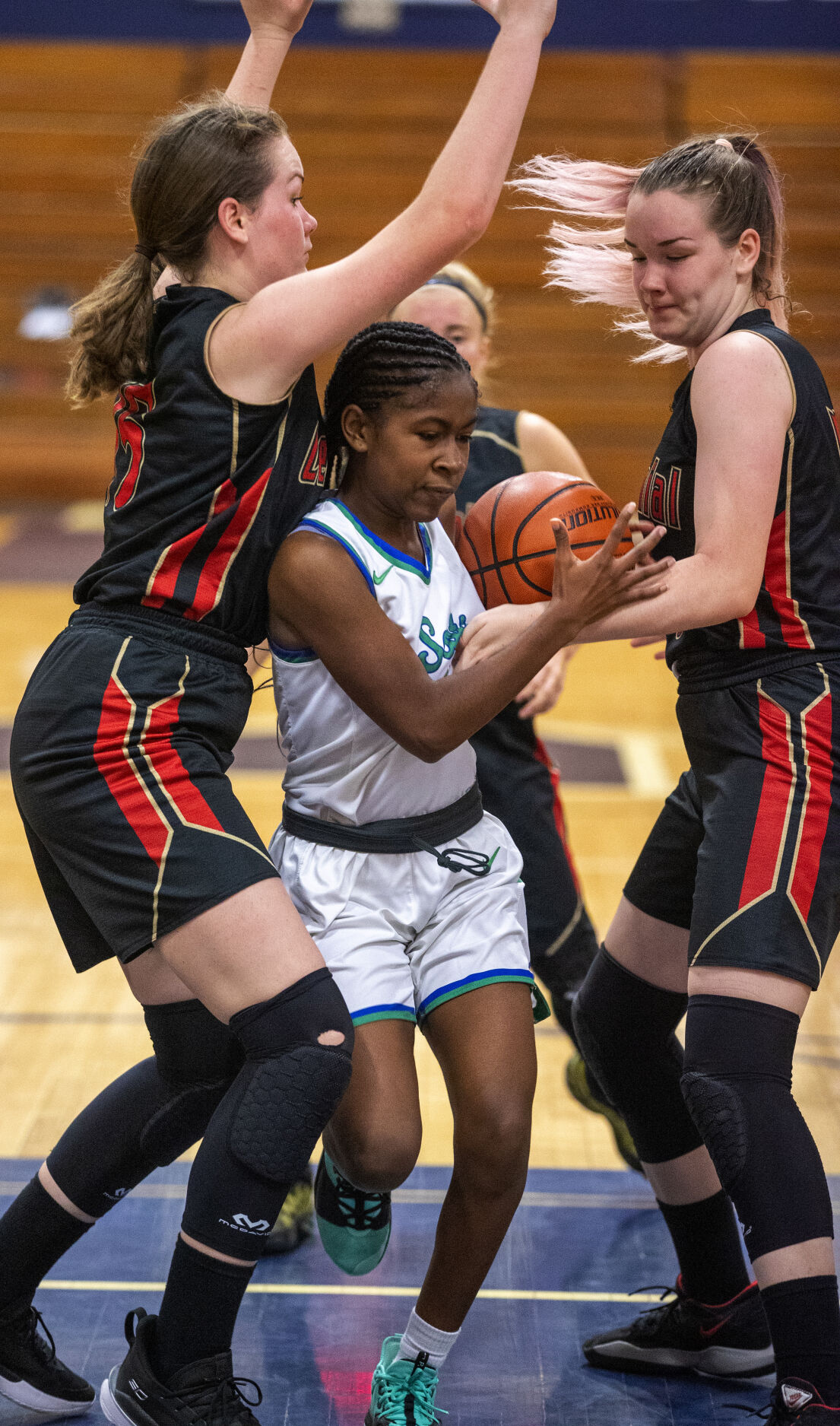 McFarland's Annie Fernandez fights for a rebound in front of Bakersfield Christian's Jayson Tyler in Wednesday's opening-round game of the Bakersfield girls basketball tournament at BHS.

Liberty's Emma Fredricks takes a shot over a Ridgeview defender during the "Who Got Game? tournament at Bakersfield High earlier this month. The two teams are slated to be in action in next week's Arvin Holiday Showcase.

Liberty picked up plenty of momentum in winning the Visalia-Redwood girls basketball tournament to open its season, but then didn’t play for 11 days.

If Wednesday was any indication, the team hasn't lost anything during its Thanksgiving week hiatus.

The Patriots picked up where they left off, rolling to a 53-23 victory over Ridgeview in the first game of the Bakersfield High Tournament.

“(Rust) was expected,” said first-year coach Damarius Akins, who was an assistant at Bakersfield High the previous three seasons. “We had some girls take a couple of days off, but I did like how hard we played. Defensively I thought we were good, and offensive rust is something that happens when you have all this time off. We still practiced so it wasn’t as bad and we were still able to put up points on the board and I was happy with it,”

The Patriots (4-0) built a 17-5 at the end of the first quarter, extended it to 21 points at the half and led 48-21 at the end of three quarters. The game was played with a running clock the final eight minutes.

“We take a look at the totality of finishing a game,” Akins said. “And that’s what I tell them, we want to finish the complete game, not three-quarters of a game or 90 percent … we want to be able to finish the whole game. So I think we’ll get better as the season progresses. The girls are working extremely hard and they’re all buying into what we want to do.”

Juniors Hannah Anderson and Emma Fredricks led the way with a game-high 12 points apiece. Anderson’s came as the result of four 3-pointers. She made three 3s in the third quarter to help her team put the game out of reach.

Kaylee Batten had seven points and Sol Pimental had six, all coming in the first quarter, including two off passes from Anderson. Destiny Jimenez had a team-high nine points for Ridgeview.

The Patriots will look to continue it’s strong early-season play at 4:30 Thursday against Tehachapi, while the Wolf Pack plays McFarland at 6.

“(Building momentum early in the year) is very important,” Akins said. “I think you build confidence and then the girls really start to believe. I’m tryin to change the culture and have everybody believe that we can win, and we want to show everyone that we’re going to be a competitive ball club.”

The Drillers (4-1), who suffered a forfeit loss to open the season due to a scheduling mishap, cruised to their fourth straight victory in dominant fashion.

Alexis Killebrew scored a game-high 15 points and Madi Johnson added 14 to lead four players in double-digit scoring. Kyla Wandick had 11 and Erica Hayden 10 for BHS, which has outscored its four opponents a combined 276-63 this year.

Annie Fernandez and Olivia Samaniego combined for 16 of their team’s 22 fourth-quarter points as the Cougars (1-2) used their size advantage to overpower the Eagles down the stretch.

Fernandez finished with a team-high 16 points and Samaniego added 14 to lead McFarland back from a seven-point deficit in the fourth quarter. Lindzee Garza added 10 points for the Cougars, who will play Ridgeview at 6 p.m. Thursday.

The Eagles (1-3) controlled the action for much of the game behind the hot shooting of junior points guard Jordyn Toler, who had 14 of her game-high 22 points in the first half.

But constant pressure from McFarland seemed to wear BCHS down, limiting them to just two field goal in the final eight minutes of play. The Eagles play Highland at 3 p.m. on Thursday.

Ashley Lewis scored 13 points to lead the Golden Hawks past the Scots in the opening game of the tournament.

Centennial (4-2), which led 17-14 at the half, pulled away with a big fourth quarter, outscoring Highland 18-8 during the final eight minutes.

Kaylee Golleher had five of her nine points in the fourth quarter for the Golden Hawks, including a 3-pointer. Jordyn Musser added 10 points for Centennial, which plays Tehachapi at 3 p.m. Friday in the round-robin tournament, followed by a game against the host Drillers at 8.

Mia Ferguson had a team-high 13 points for the Scots (3-3), who play Bakersfield Christian at 3 p.m. on Thursday, and then come back and play BHS at 7:30.