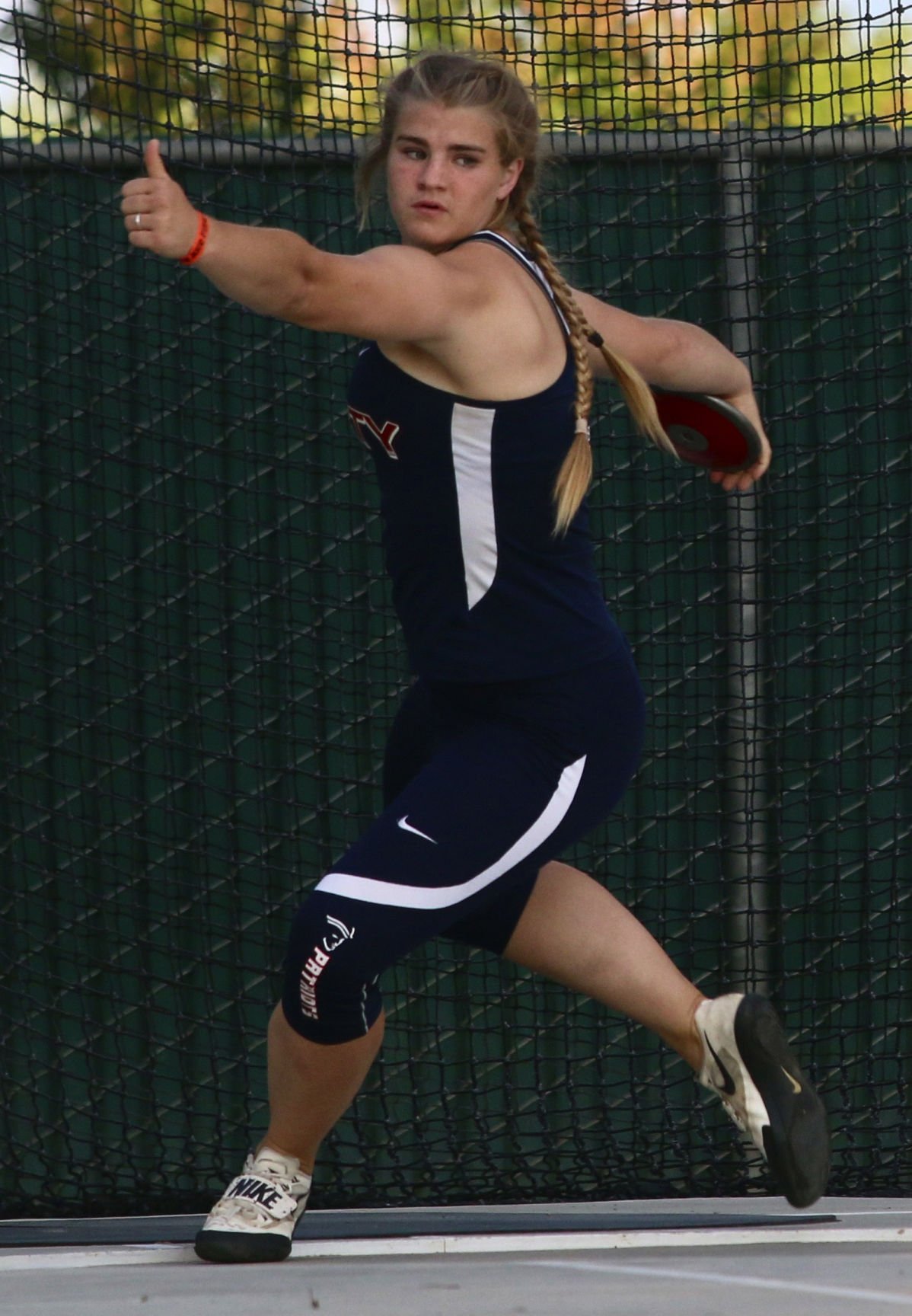 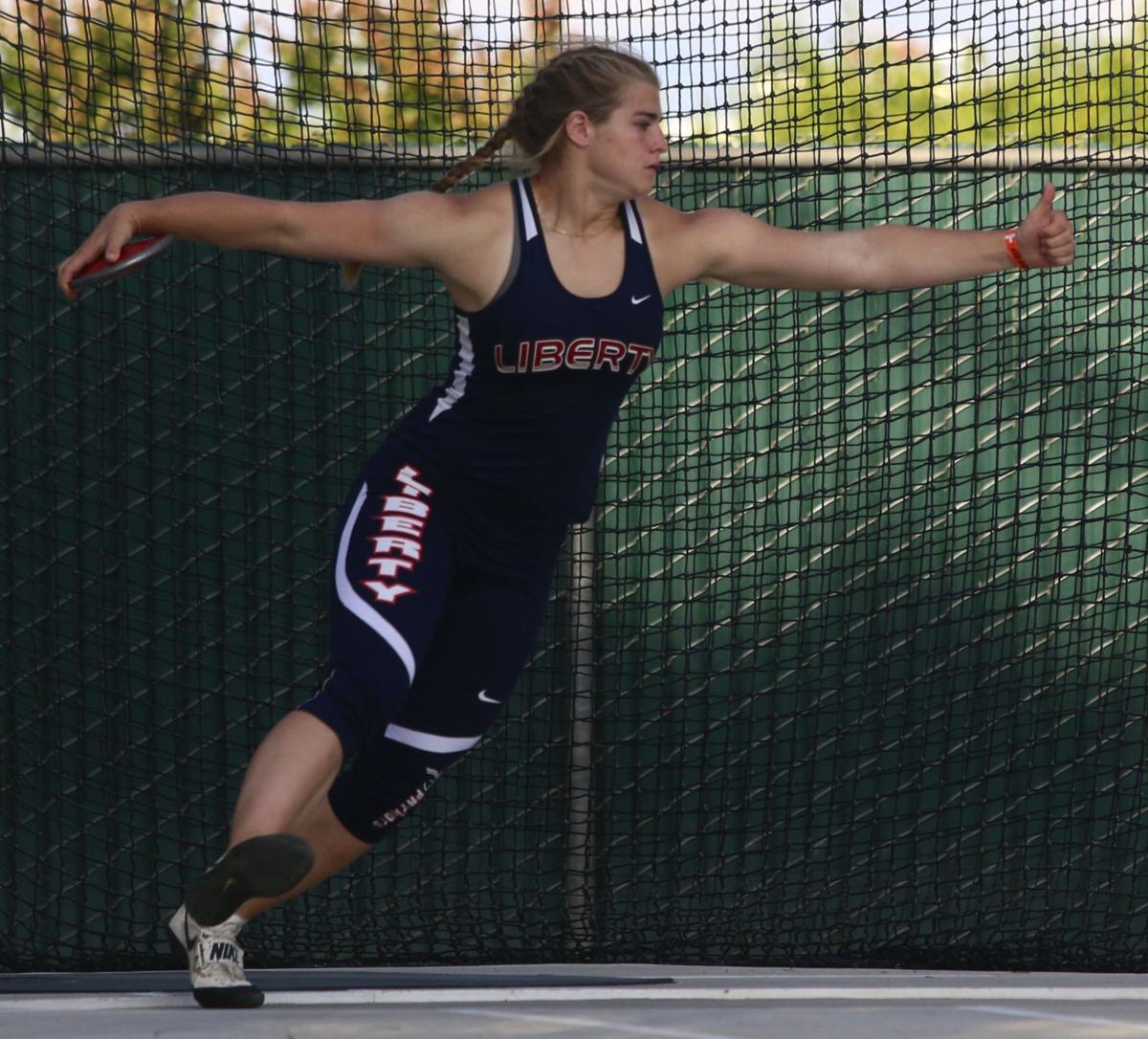 As a sophomore Isabella Rigby was a first-team BVarsity All-Area track and field performer.

As a sophomore Isabella Rigby was a first-team BVarsity All-Area track and field performer.

When she entered Liberty High School four years ago, Isabella Rigby had already shown talent as a volleyball and basketball player.

But those were fall and winter sports. In an effort to keep her daughter busy, Rigby’s mother, Angi, encouraged her to tryout a sport in the spring, as well.

The 15-year-old freshman chose track and field, and was eventually steered to compete in the discus and shot put — a decision that has turned out to be a life changer.

Rigby has developed into one of the top discus throwers in the state, and perhaps the country, highlighted by a ninth place finish at the CIF State Championships as a sophomore two years ago.

“It’s common for guys and girls not to have thrown before they get to high school, but to reach the level that Bella has, is amazing,” said Liberty throwing coach Rob Chronister of Rigby who threw a personal-best 148 feet in the discus at the Southwest Yosemite League championships in 2019 and eclipsed 160 feet last year before the COVID-19 pandemic forced the shutdown of the season. “Bella is the real deal.”

The coaches at Cal Poly in San Luis Obispo obviously agree. After nearly two years of courtship, Rigby committed last week to compete for the San Luis Obispo school. She is the fourth girls track and field athlete at Liberty to commit to colleges in the last two weeks joining seniors Faith Bender, Reese Renz and Rebecca Vanderpoel.

“They were one of the first schools to reach out and right away I was like, ‘this is perfect this is exactly what I want,’ " said Rigby of Cal Poly’s interest following her sophomore season. “But I just kind of kept my options open to see if something else came up that really caught my eye. But it’s close to home and it’s a great school. And I really love the coach.”

“I liked his technique, looking at how his throwers threw, and their workout routine, their (diet) and all that, and I thought it would fit my routine very well,” Rigby said.

Rigby’s routine has been especially important the past four years. Despite her success on the track, she has continued to play volleyball and basketball the past three years. Although playing multiple sports has been a challenge for her, Chronister believes it has helped prepare her to be a better thrower.

“I think the sports that she played, basketball and volleyball, translated into throwing. They’re all dynamic sports,” Chronister said. “You have to be explosive. All those sports require you to have explosive movements, and that translated into her throwing. She has incredible (jumping ability), and she’s fast too. So she could do multiple events if she wanted to and probably be good at it.”

“She’s a kid that we watched playing volleyball and basketball, and we knew she had a ton of athletic ability,” Renz said. “She’s very explosive and has all the tools (to be a thrower). It’s hard to convince a kid that throwing might be something they want to do because they perceive having to be bigger and more hefty. But in reality, the really good ones aren’t that way at all, for the most part. So obviously she had tools. Being a three-sport athlete, you don’t see a lot of that anymore.”

Renz also believes the best is yet to come for Rigby.

“I just think the sky’s the limit for her,” Renz said. “I thought I would see a huge year last year, which we didn’t get to have. I think this year is going to be even moreso. Just her being around the sport and getting those reps. Like any sport. If you get more reps in, you’re going to be better.