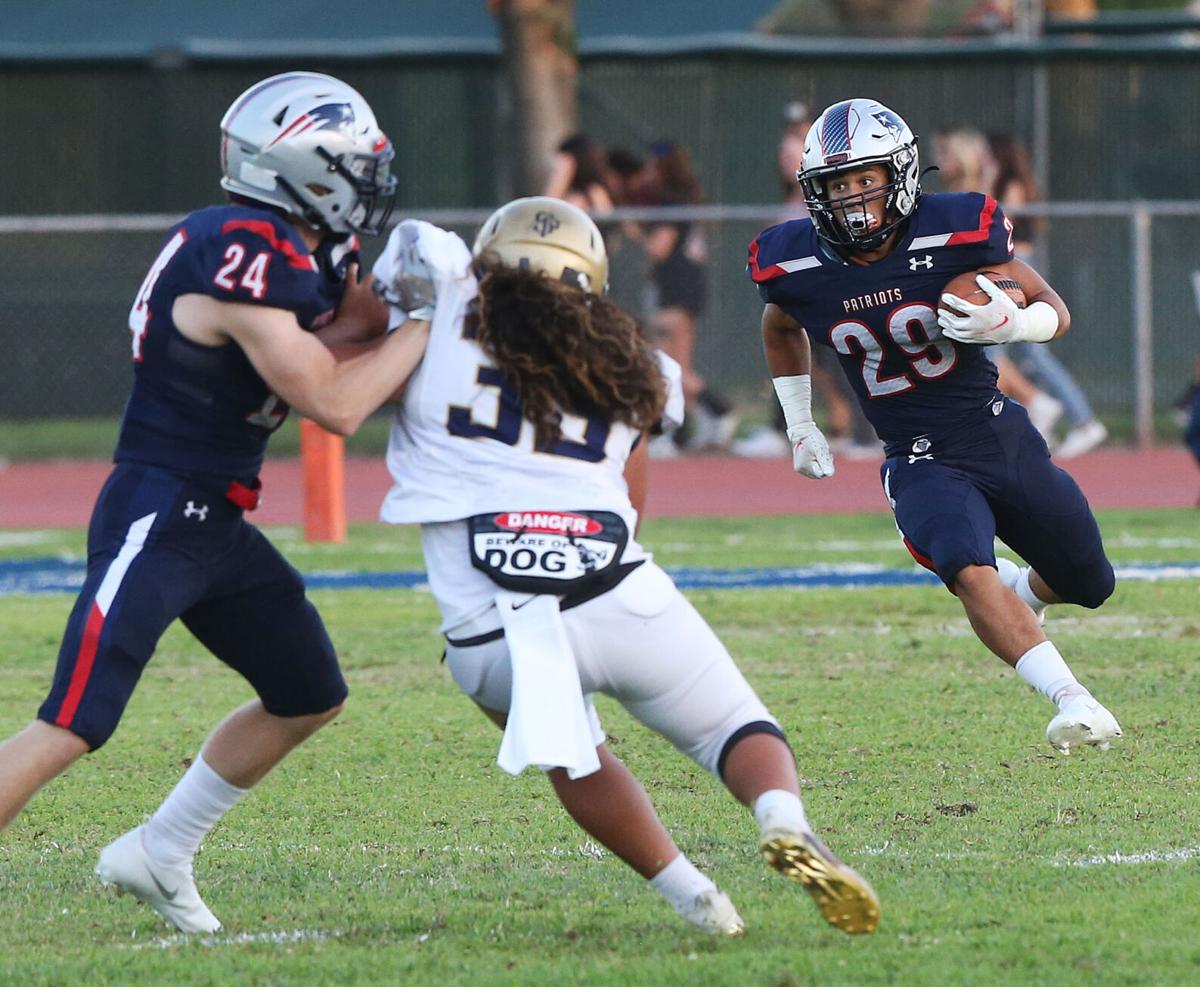 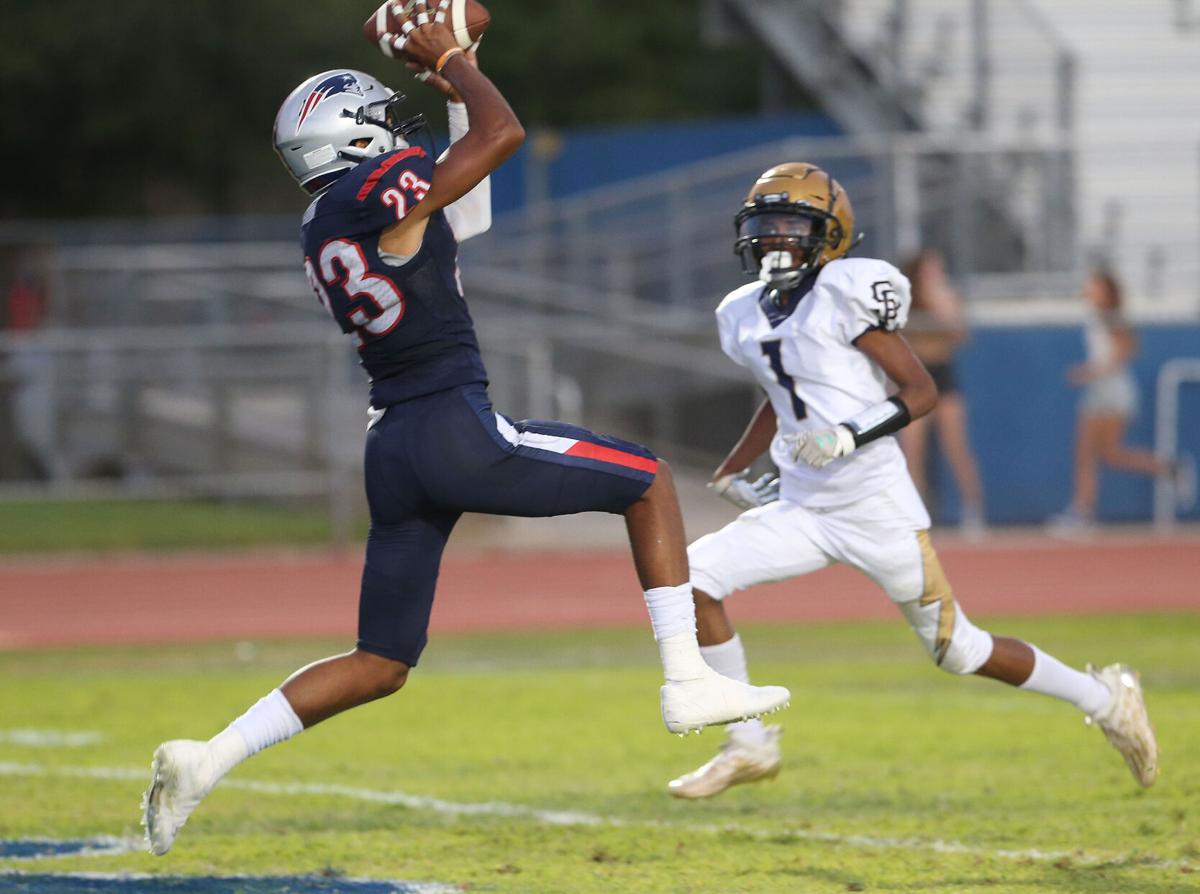 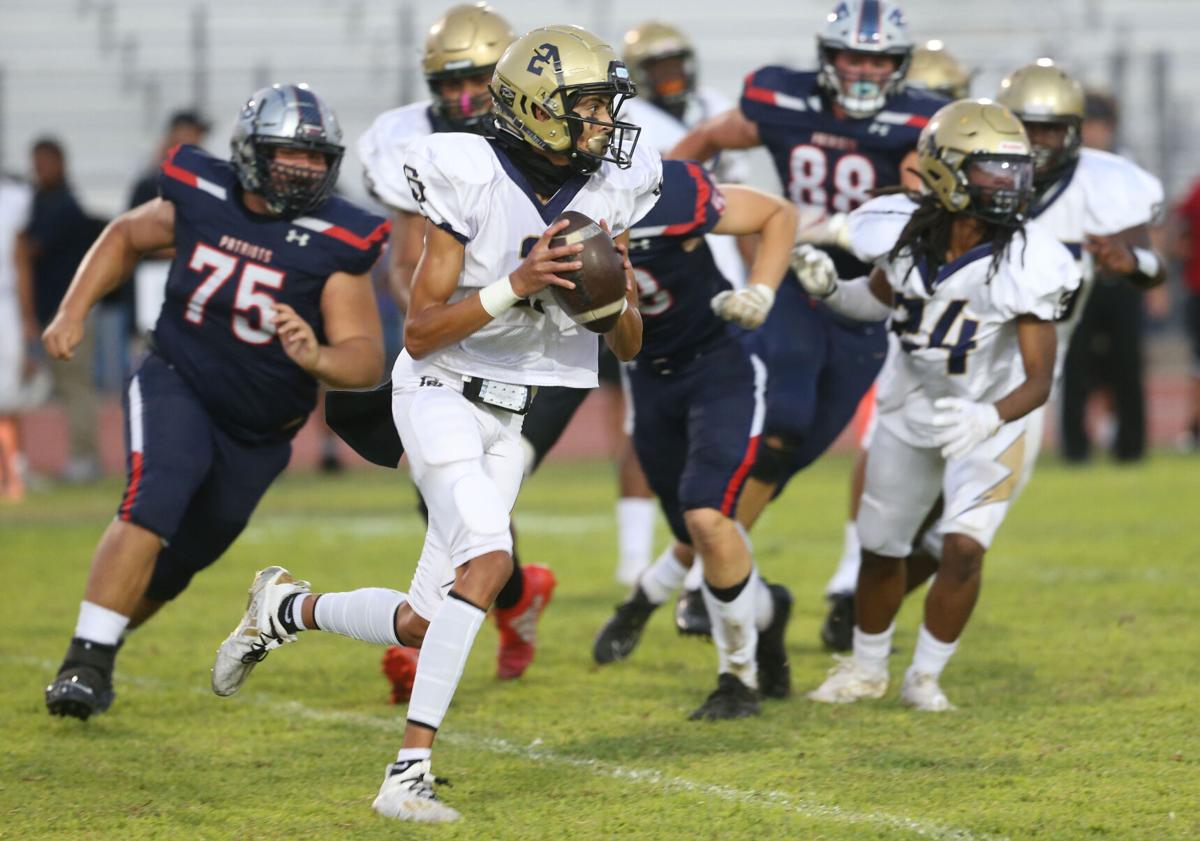 Stellar Prep's QB Joseph Stevens is chased out of the pocket in first-half action Friday night against Liberty High School. 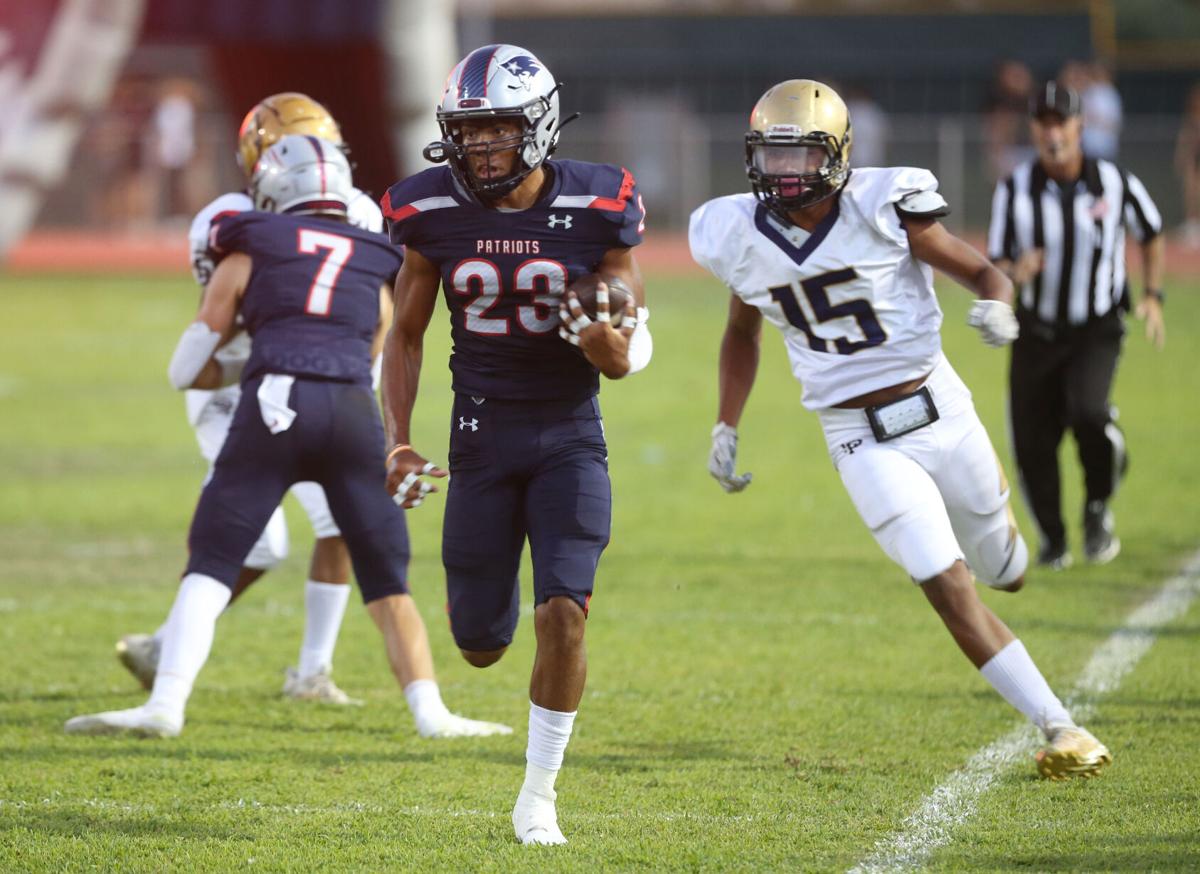 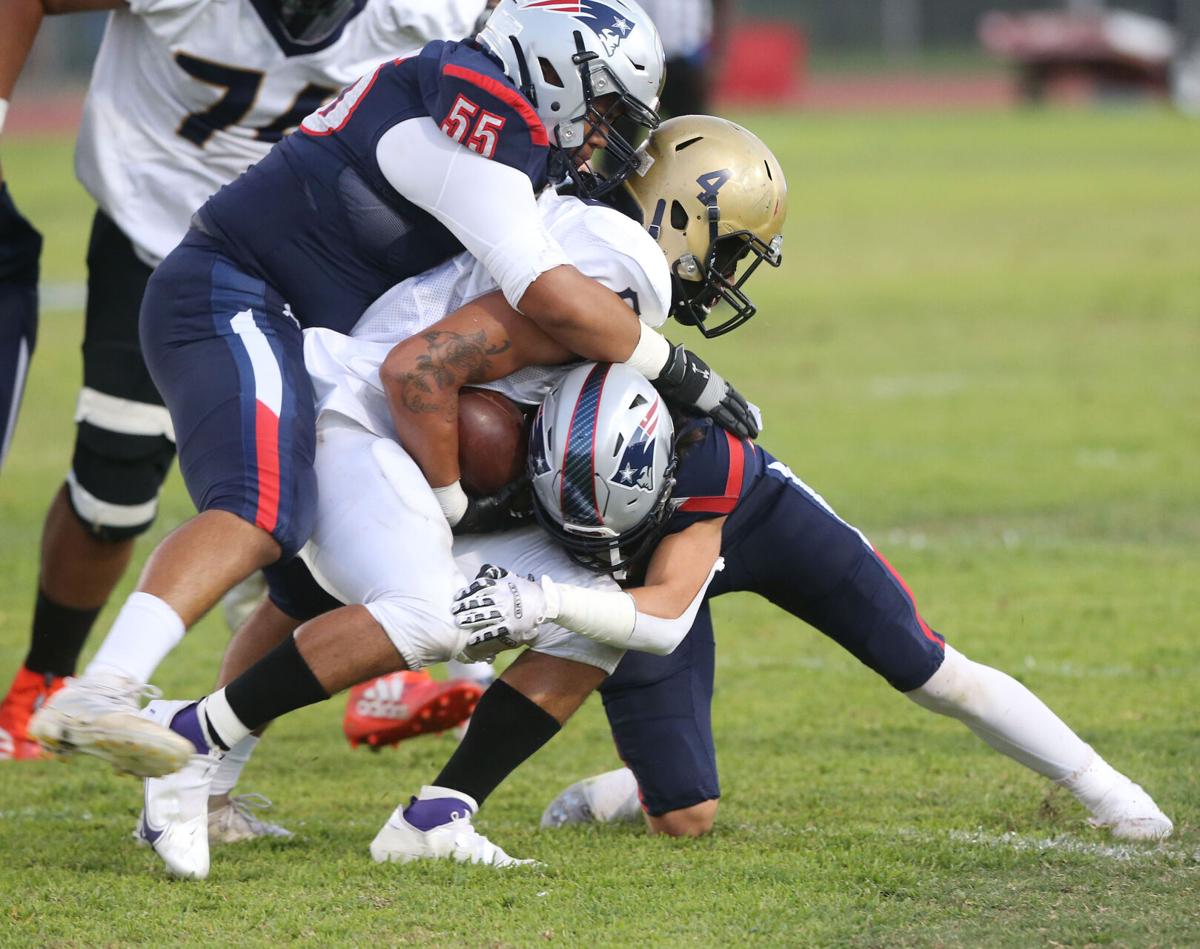 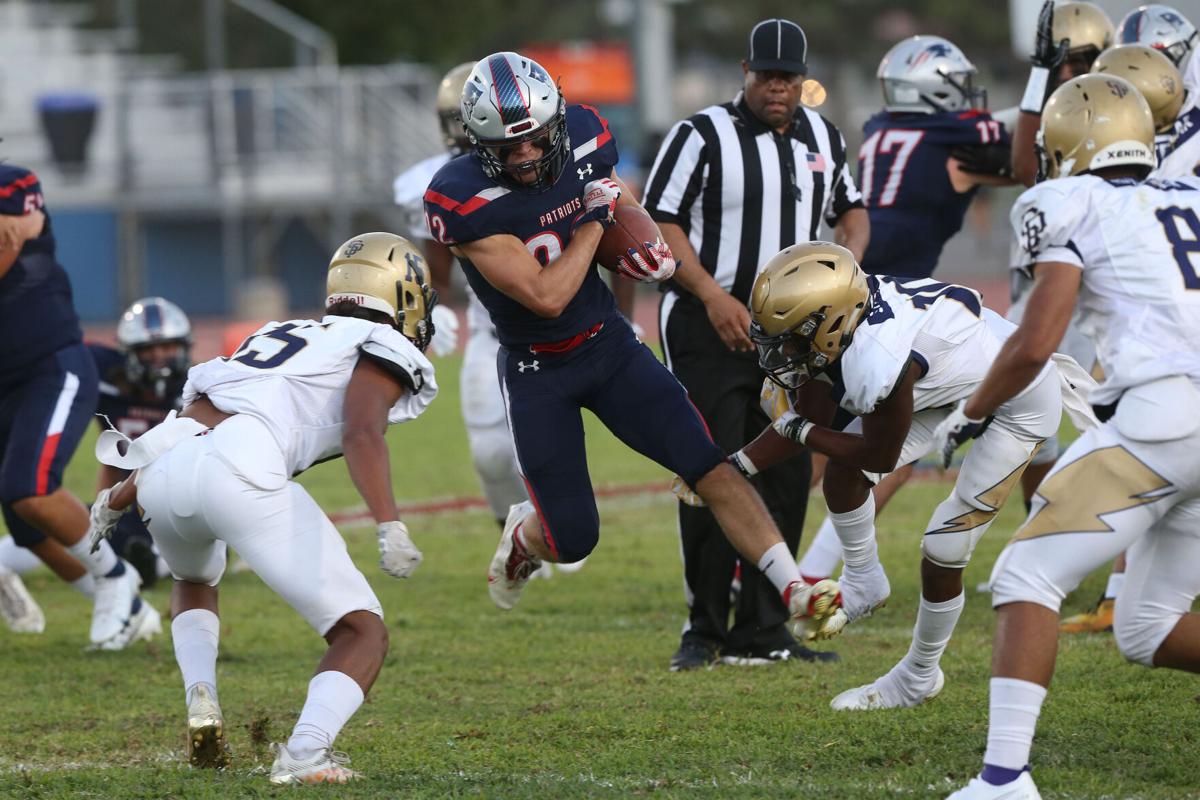 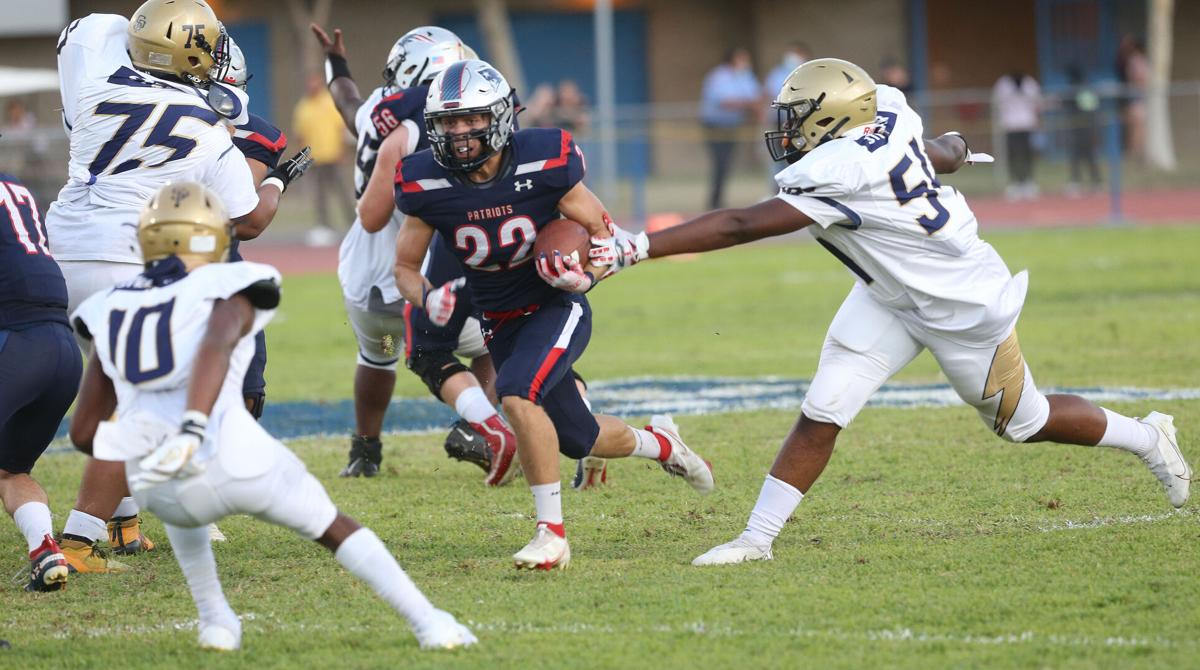 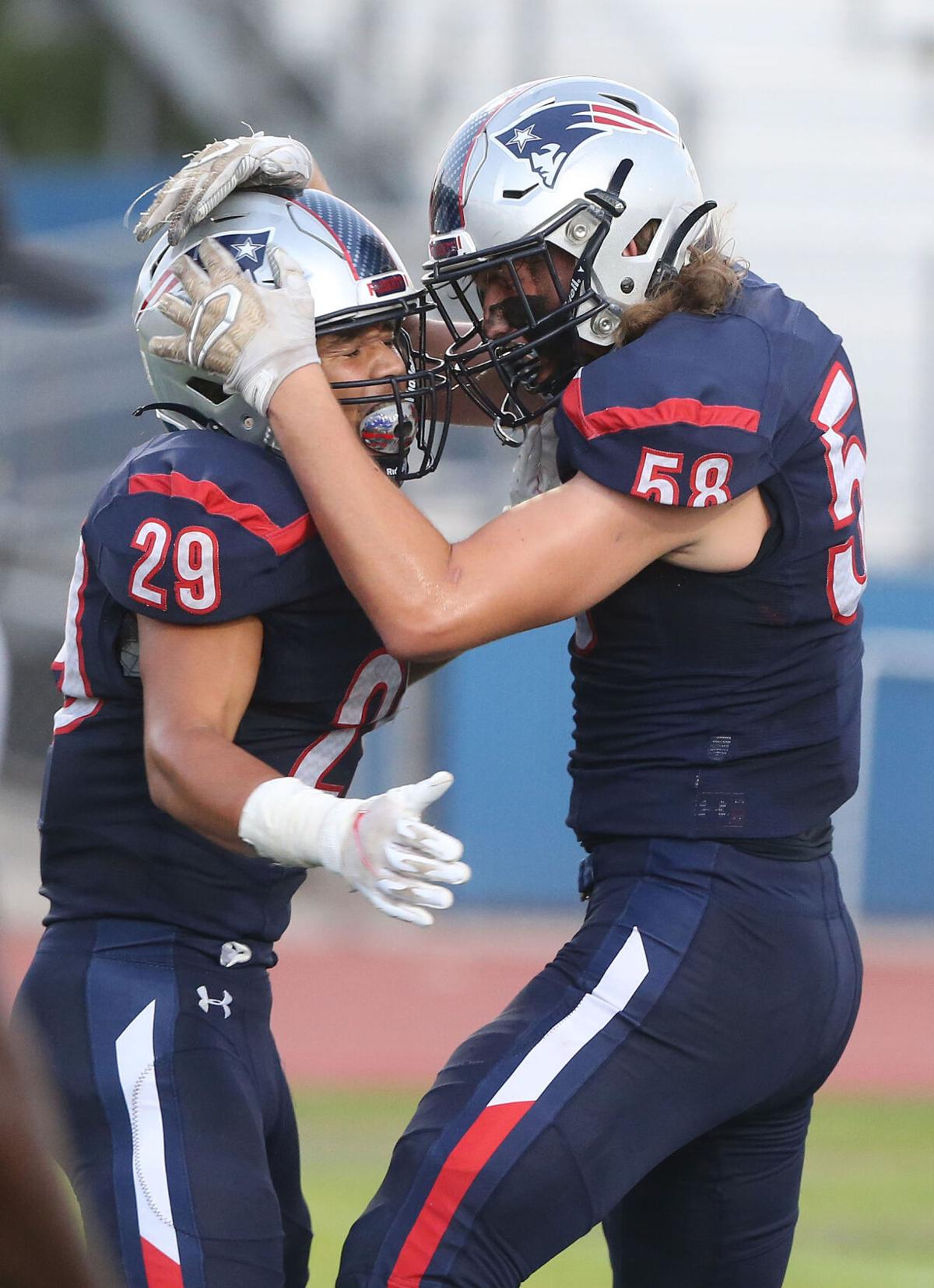 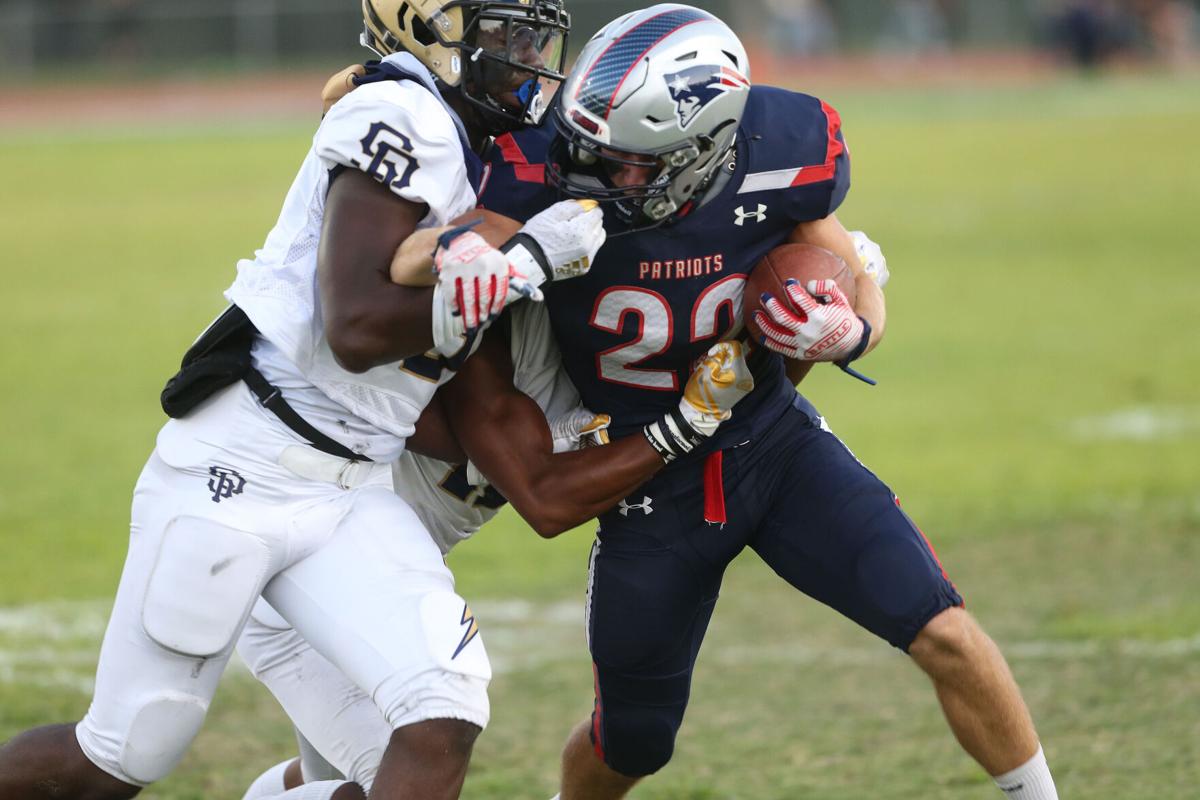 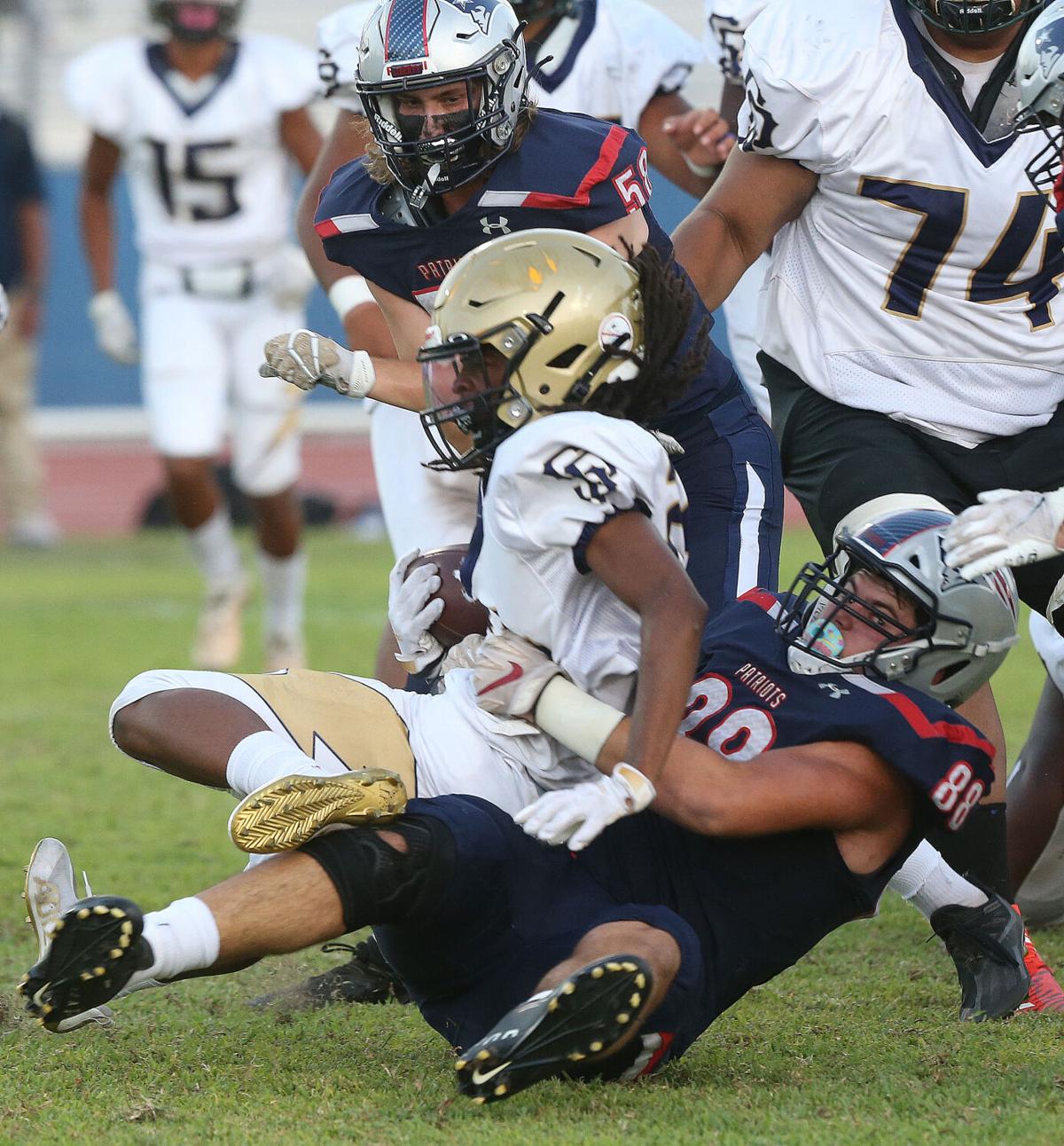 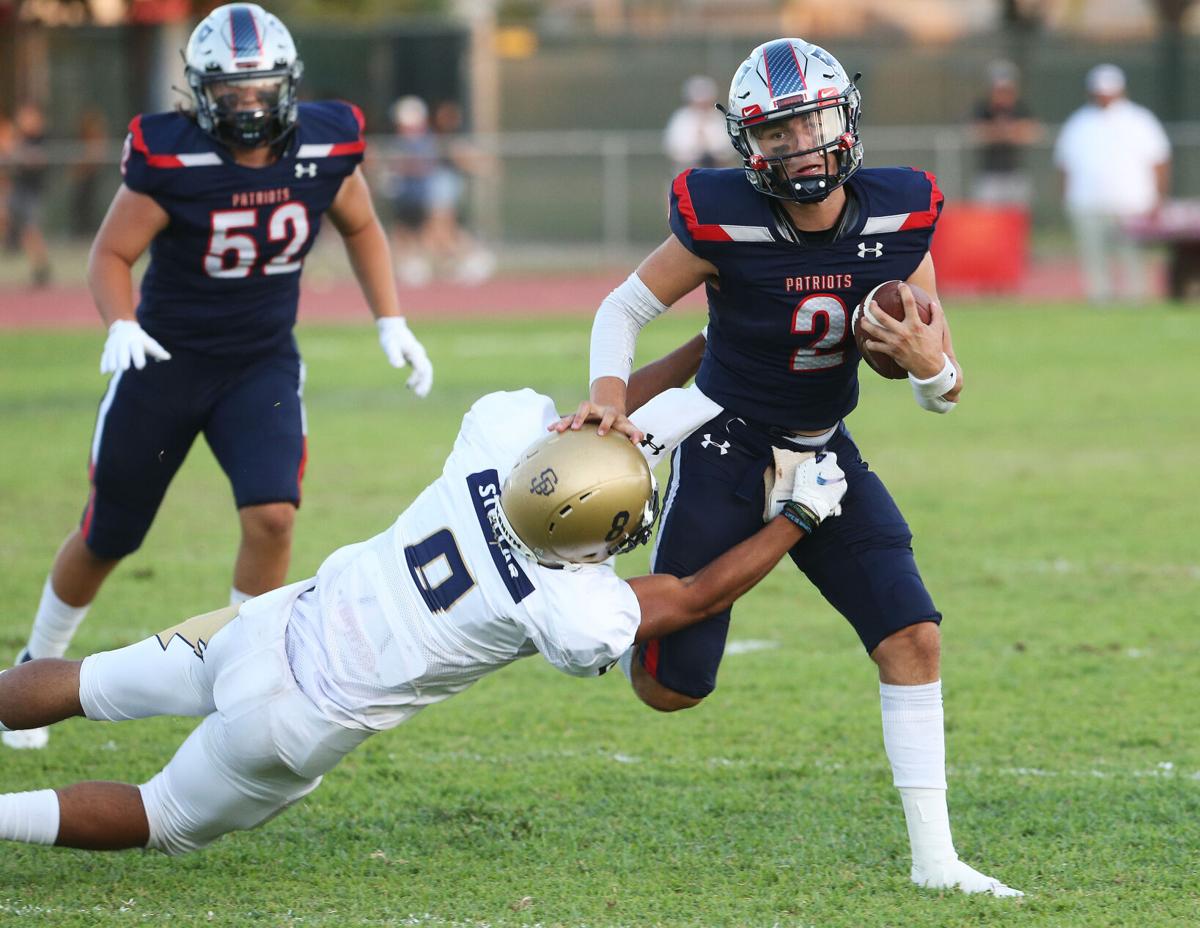 Stellar Prep's QB Joseph Stevens is chased out of the pocket in first-half action Friday night against Liberty High School.

On the Patriot sideline stood over 30 players, ready to sub in at a moment’s notice. On the Hayward-Stellar Prep Thunder bench, only seven.

With most of the Stellar Prep (1-1) roster playing both ways for the entirety of the game, Liberty (3-0) scored six touchdowns in the first 14 minutes of play, rested key starters early in the second quarter and cruised to a 56-0 win over its East Bay opponent.

“We wanted to come out fast, and our kids really did that,” Patriots coach Bryan Nixon said. “They did a great job, and I’m really pleased with how they played in all three phases of the game.”

In the first half, senior Grant Austin recorded his first 100-yard rushing performance of the season with a pair of touchdowns, including a dazzling 60-yard scamper down the sideline in the second quarter. Jalen Hankins also tallied 76 yards and three touchdowns in just over a quarter of action, running through yawning holes created by the Patriots’ line.

The Patriots were similarly dominant in the trenches on defense. Led by Grant Buckey, the line forced Stellar Prep quarterback Joseph Stephens out of the pocket on nearly every pass play. Stephens was elusive, particularly on one highlight play when he escaped two sacks rolling left and somehow found a receiver for 20 yards in the first quarter, but mostly struggled to locate targets downfield. In the second quarter, he went 2-of-8 for 15 yards with two interceptions.

Stellar Prep was periodically aided on offense by a variety of 15-yard penalties from the Patriots, who were prone to facemasks in particular. However, the Thunder turned the ball over on downs when Jacob Vahai lost yardage at midfield to end the first quarter, and later had the clock run out on a two-minute drill that had produced 26 yards in two plays. Liberty has allowed a total of three points through three games.

For Stellar Prep coach Tolopa Faumuina, whose Thunder posted a shutout win of their own last week, the game was just about making sure his players were “staying in character.”

“Your character’s going to be revealed when you get kicked in your teeth,” Faumuina said.

As for the Patriots reserves, backup quarterback Xander Chisolm contributed a pair of touchdowns for Liberty in the first half, one on a quick pass to Ethan Mahanke and the other on a designed quarterback run around right end, then spent most of the second handing off to reserve running back Cameron Dangerfield as the clock ran out on Stellar Prep (although the Thunder did manage its longest play of the game, a 28-yard pass by Hyrum Ahquin, on one final drive).

Nixon said he relished the team atmosphere as the Patriots rotated in a wide variety of players.

“Some of these guys were scout-team guys,” Nixon said, “and they got in the ball game, and they did a great job — they played hard.”