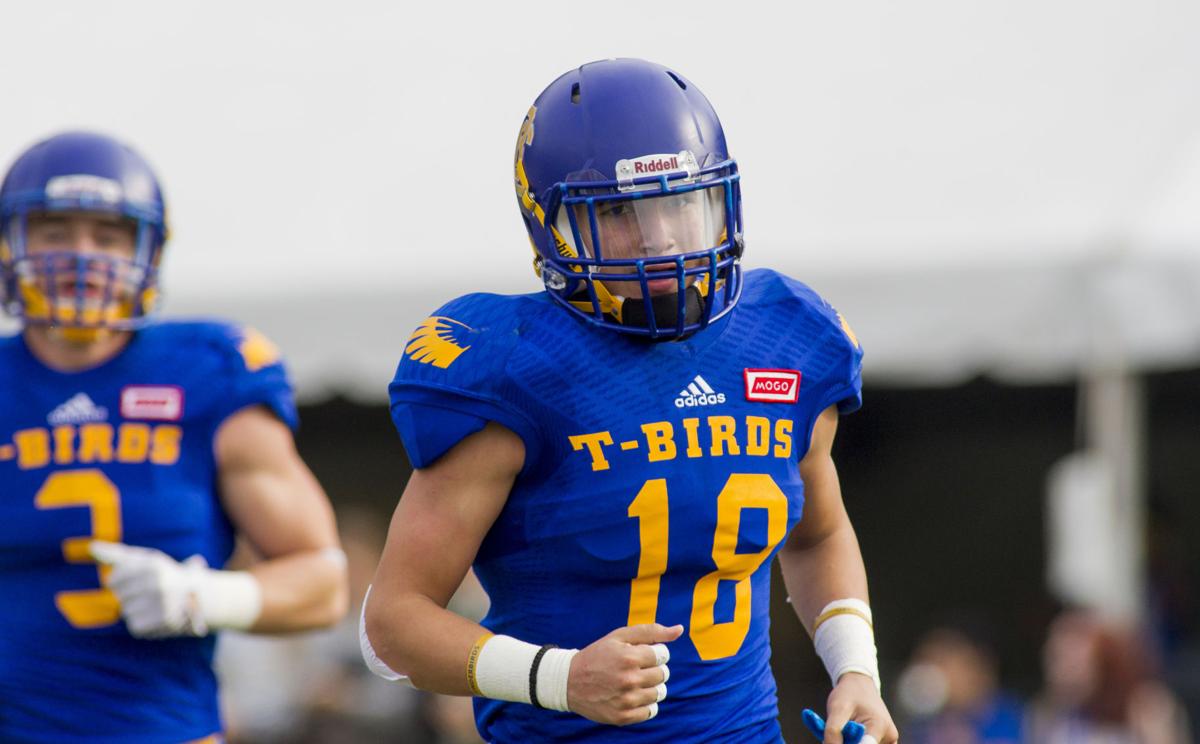 Stavros Katsantonis has been an All Canadian Team first-team member at safety and was named the Outstanding Defensive Player in Canada West in 2017. 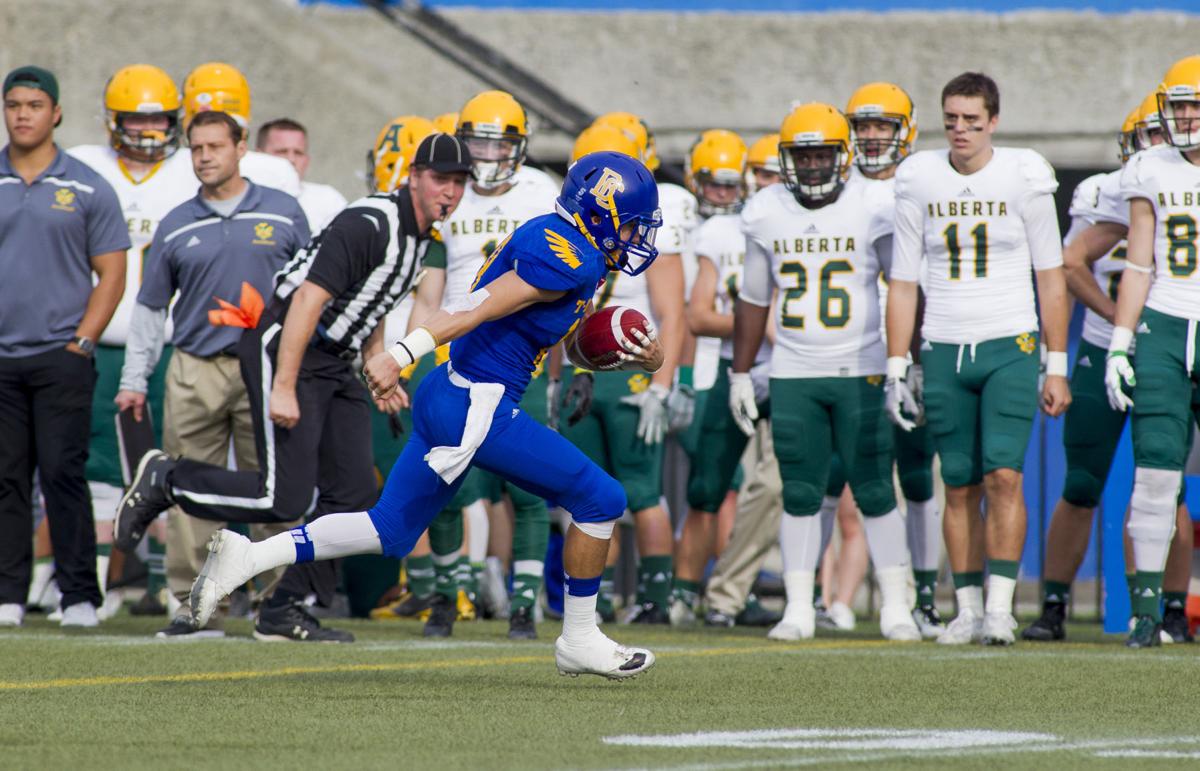 Liberty graduate Stavros Katsantonis has been a three-year standout at the University of British Columbia in Vancouver, Canada. 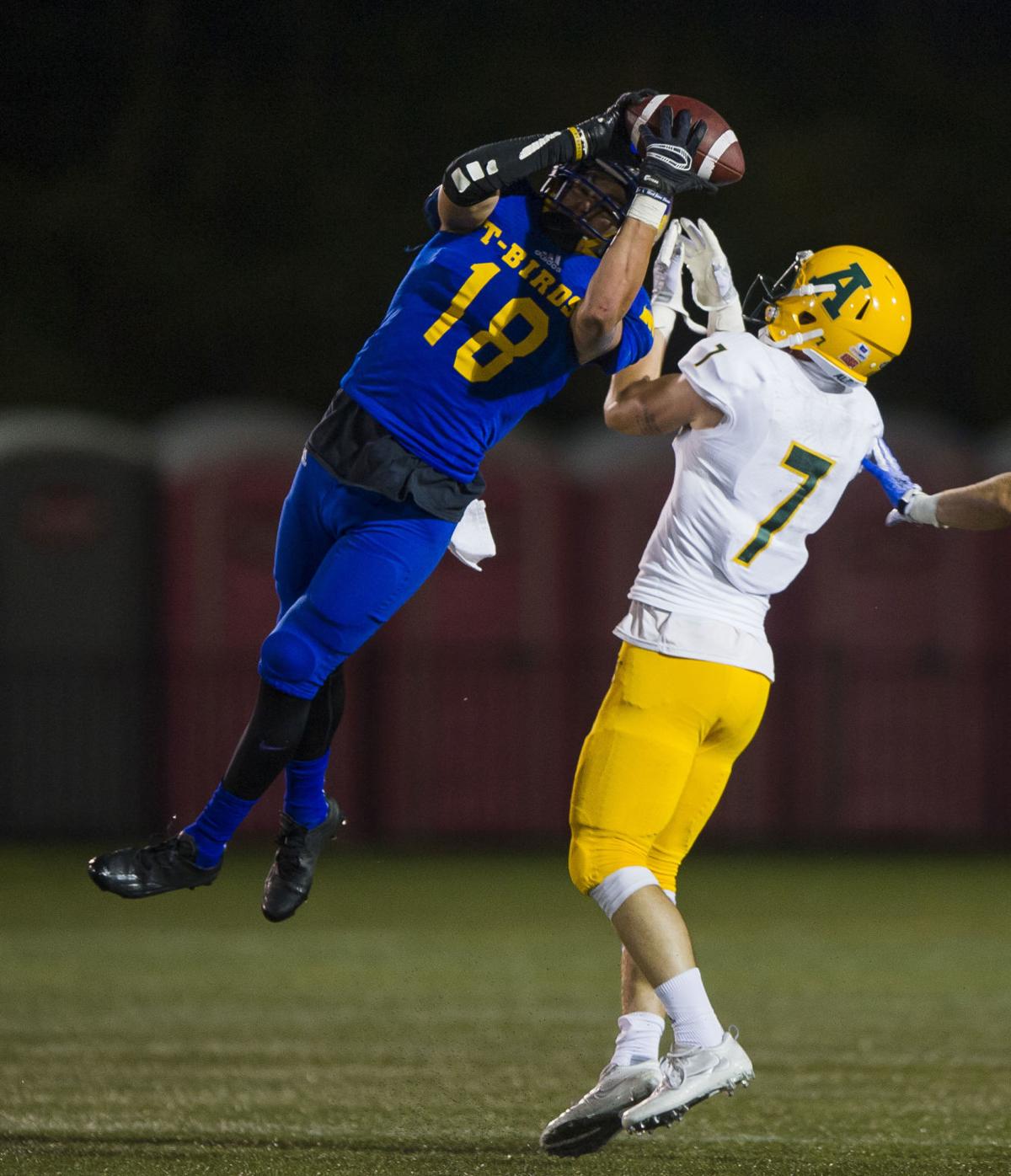 Stavros Katsantonis has been an All Canadian Team first-team member at safety and was named the Outstanding Defensive Player in Canada West in 2017.

Liberty graduate Stavros Katsantonis has been a three-year standout at the University of British Columbia in Vancouver, Canada.

Despite a solid high school career at Liberty, Stavros Katsantonis didn’t have many viable offers to play football at a big-time NCAA college.

With that in mind, the 5-foot-10 senior did the next best thing and chose to play at BC — UBC that is — as in the University of British Columbia in Vancouver, Canada.

Five years later, Katsantonis’ college choice, and his performance there, will assure that the star defensive back will remain in the Great White North for the foreseeable future.

He was selected in the fourth round of Thursday night’s Canadian Football League draft by last year’s Grey Cup runner-up, the Hamilton Tiger-Cats, with the 36th overall pick.

“It’s been an exciting time for me,” said Katsantonis, who has dual Canadian and American citizenship and has been living in Bakersfield the past year in preparation for the CFL season. “It’s obviously been a dream of mine since I was a kid to play professional football. That’s what I put down on career day in kindergarten.

"I probably got laughed at by a lot of people at the time, but to see that coming to fruition as of (Thursday) … It’s not necessarily the full weight off my shoulder because I still have to prove myself and there’s all these other things that I have to do, but it’s just an extreme accomplishment for me, and I couldn’t be more happy.”

Katsantonis’ moment in the spotlight was delayed a year when he was hit with a one-year ban from the CFL after a doping violation last year. During an off-season workout, a prohibited anabolic agent (SARM LGD-4033) was found in Katsantonis’s urine administered on March 22, 2019.

“I wanted to fight it, but after talking to the anti-doping agency, they explained that no matter how it happened, I’m ultimately responsible for what goes into my body,” said Katsantonis, who was notified about the failed test just prior to last year's draft. “I just had to accept what happened regardless of the situation, and just move forward. I was taking a few different protein supplements and just didn’t do my do-diligence at the end of the day. I should have done the research on what’s on those labels.

“But now I’m older, wiser and I’m just learning from that experience. But at the end of the day, I take responsibility for that. It’s obviously an unfortunate situation, but I’m glad to have learned from it. I’ve since found out that I don’t even need to take supplements. There’s natural ways to achieve the same result. So for me it’s just ‘don’t be lazy.’ Take that smoothie and get those extra vitamins there. It’s also a good lesson for kids to learn from mistakes. If you’re trying to gain weight or muscle, you can do that by just eating natural foods.”

Overcoming obstacles is nothing new for Katsantonis. With few college opportunities in the states, his decision to play college football in Canada may have seemed strange to some at the time, but his Canadian connection runs deep. It originated with his father, Jim, who along with his wife, Becky, has owned and operated Bakersfield bar and grill Goose Loonies the past 30 years.

Jim, a Canadian native, was recruited to play football at the other BC — Bakersfield College — where he met his future wife. He eventually returned home, where he helped guide Calgary to Canada’s version of the national championship, the Vanier Cup.

The elder Katsantonis’ football career ended with a back injury shortly thereafter and he moved back to Bakersfield to raise his family. Now nearly 24 years in the making, Stavros gets to take the next step in the family’s football legacy.

“Hopefully I can head out to Hamilton by the end of the summer with all the COVID-19 measures going on,” said Stavros, who helped lead UBC to the Vanier Cup title during his sophomore year. “Hopefully we can have a season. I’m excited for that.”

Katsantonis said he has been told that the season, which typically runs June through November, will likely be delayed a few months.

“I’m just happy to have an opportunity to be a part of that and maybe help them win a Grey Cup and get back there this season,” Katsantonis said. “If we do in fact have a season. Everything is playing by ear right now with everything that’s going on, but hopefully we have a season. If we do, awesome, if not, we have next year to look forward to and I’ll just keep training. We’ll just see how it goes.”

Nicknamed the “Bakersfield Bandit” in college because of his hard-nosed play and knack of being in the right place at the right time, Katsantonis was named Canada West's Defensive Player of the Year in 2017.

“I’m really excited for Stavi,” said Liberty coach Bryan Nixon, who worked with Karsantonis’ during his high school years. “He had a great career at (UBC). They won a national championship there and he was player of the year; just a wonderful experience there. Now he gets to continue on and play at a very high level in the CFL. I couldn’t be happier.”

Katsantonis will join another player with Bakersfield connections in Hamilton — the CFL’s reigning most outstanding player Brandon Banks. The former Bakersfield College star wide receiver had 112 catches for 1,550 yards and 13 touchdowns for the Tiger-Cats last season.

Now Katsantonis, a three-time, first-team All-Canadian selection, will have an opportunity to square off with Banks in practice, something he’s looking forward to.

“He’s an absolute standout,” said Katsantonis, who finished his four-year career with 20 interceptions. “They call him ‘Speedy Banks,’ and he has that nickname for a reason. He’s one of the fastest guys in the CFL.

“He’s going to be an awesome guy to meet and to be able to cover in practice and just learn from him in terms of being a veteran, learning the ins and outs of what receivers do. So it will be cool to have a connection there. It will be nice to have a familiar face there. When I was a kid and I’d play Madden NFL (video game) and he’d be on there, I was always like, ‘he’s from Bakersfield.’ So having another Bakersfield connection is pretty cool.”

The two have never met in person, but Katsantonis already has plans to take care of his new teammate.

“I’ll have to ask him if he wants me to bring him anything specific from Bakersfield,” said Katsantonis with a laugh. “Maybe some Dewars chews or something before I head out there.”

Katsantonis is the third former Liberty player in the past week to move toward a professional football career. Former Patriots teammate Jordan Love was selected with the 26th overall pick in last week’s NFL Draft by the Green Bay Packers. Another, linebacker Krys Barnes, signed with the Packers as an undrafted free agent.

“We have some good coaches over there,” Katsantonis said. “They just have a great support system there. They really help mentor young kids to grow into men within the sport of football. Just building character. I owe a lot of that to them. I definitely wouldn’t have the drive and the mindset that I’ve developed today without their help.”