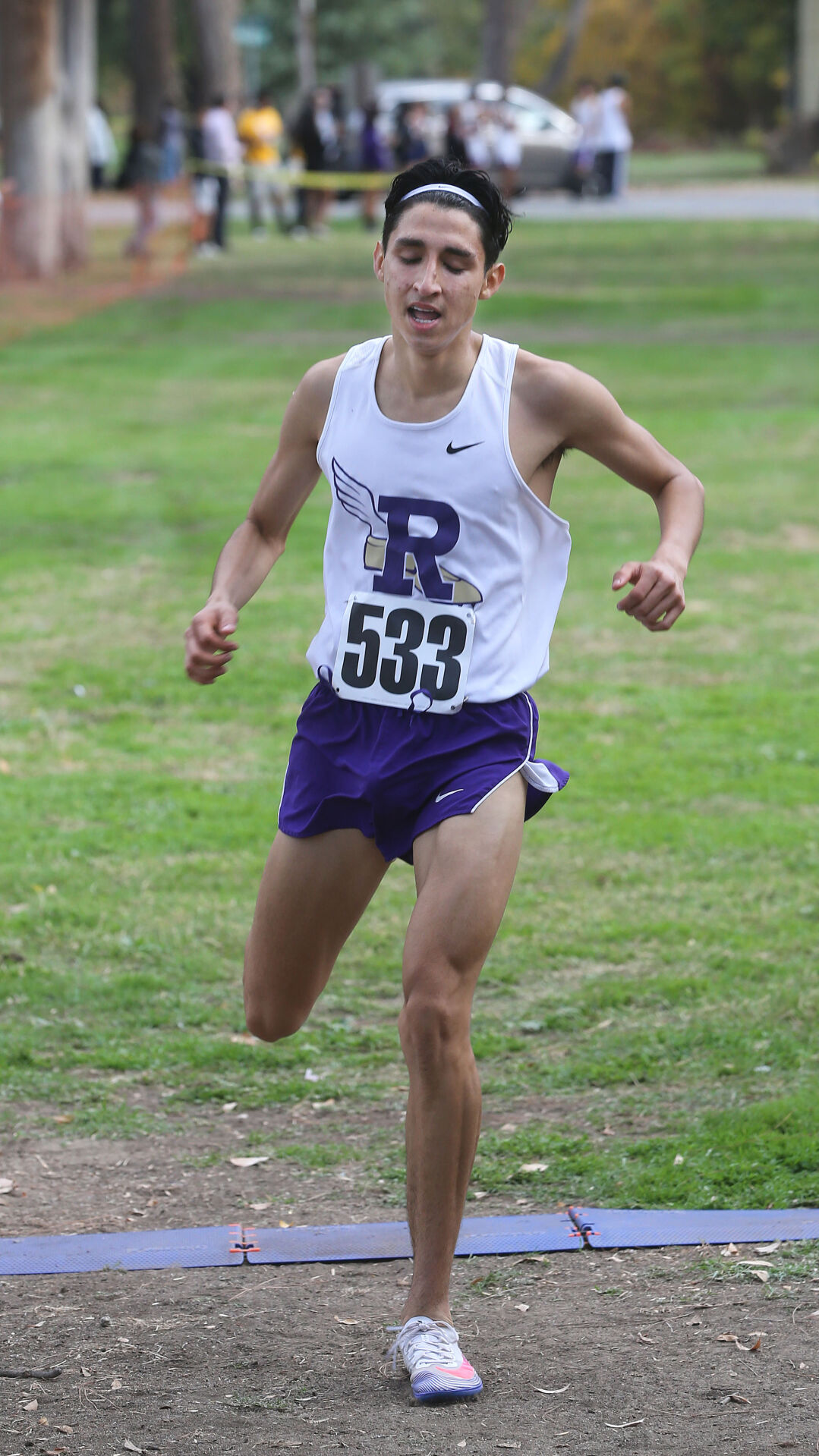 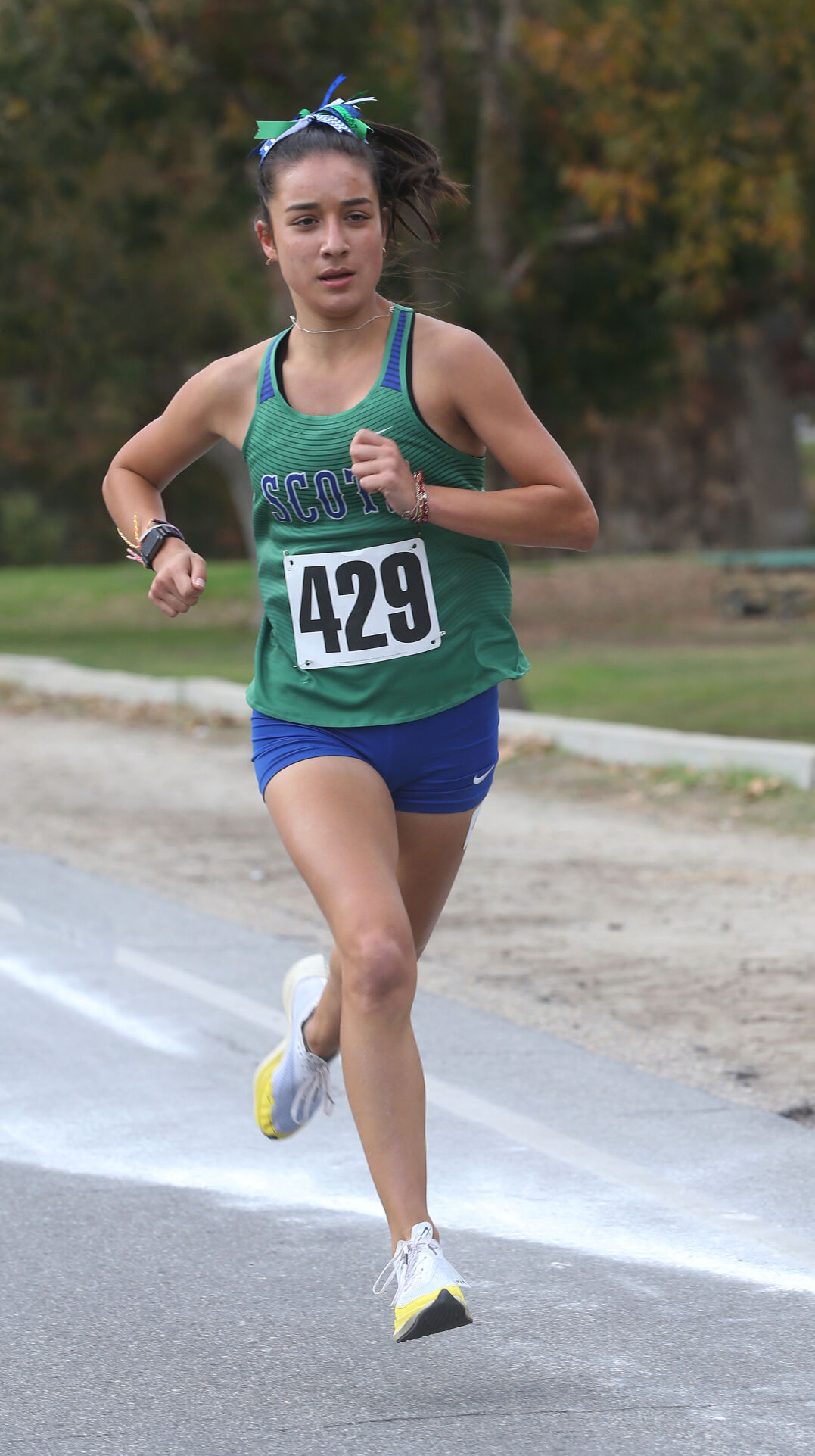 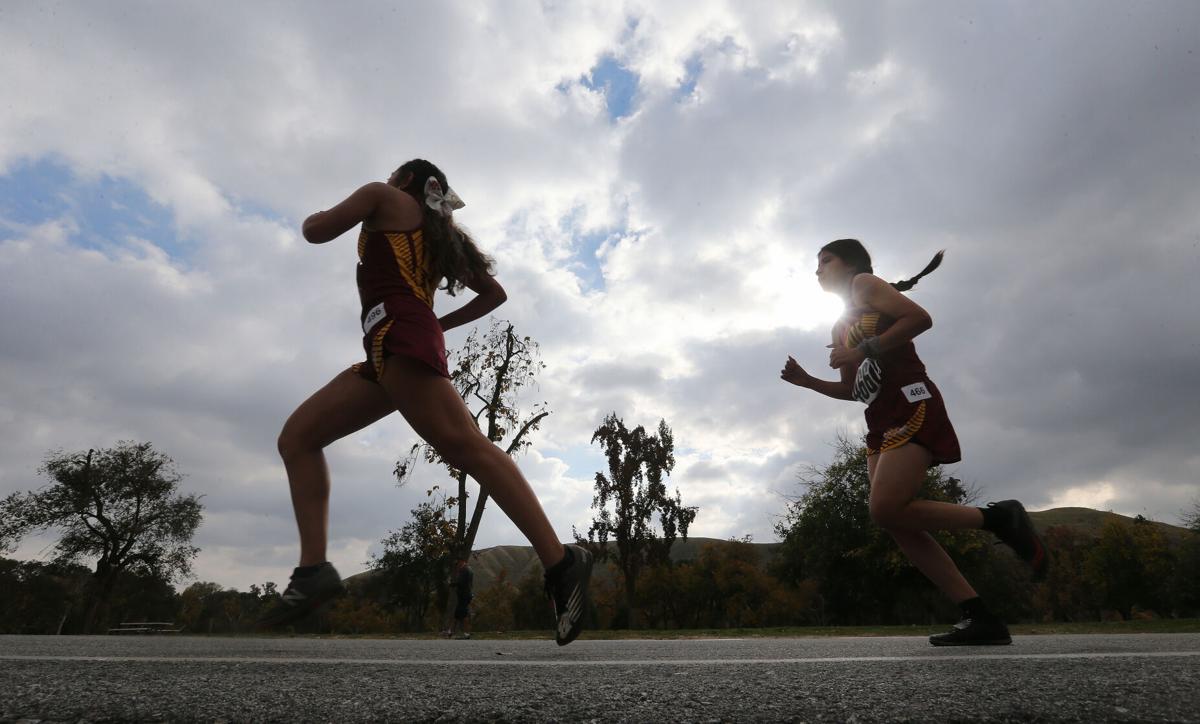 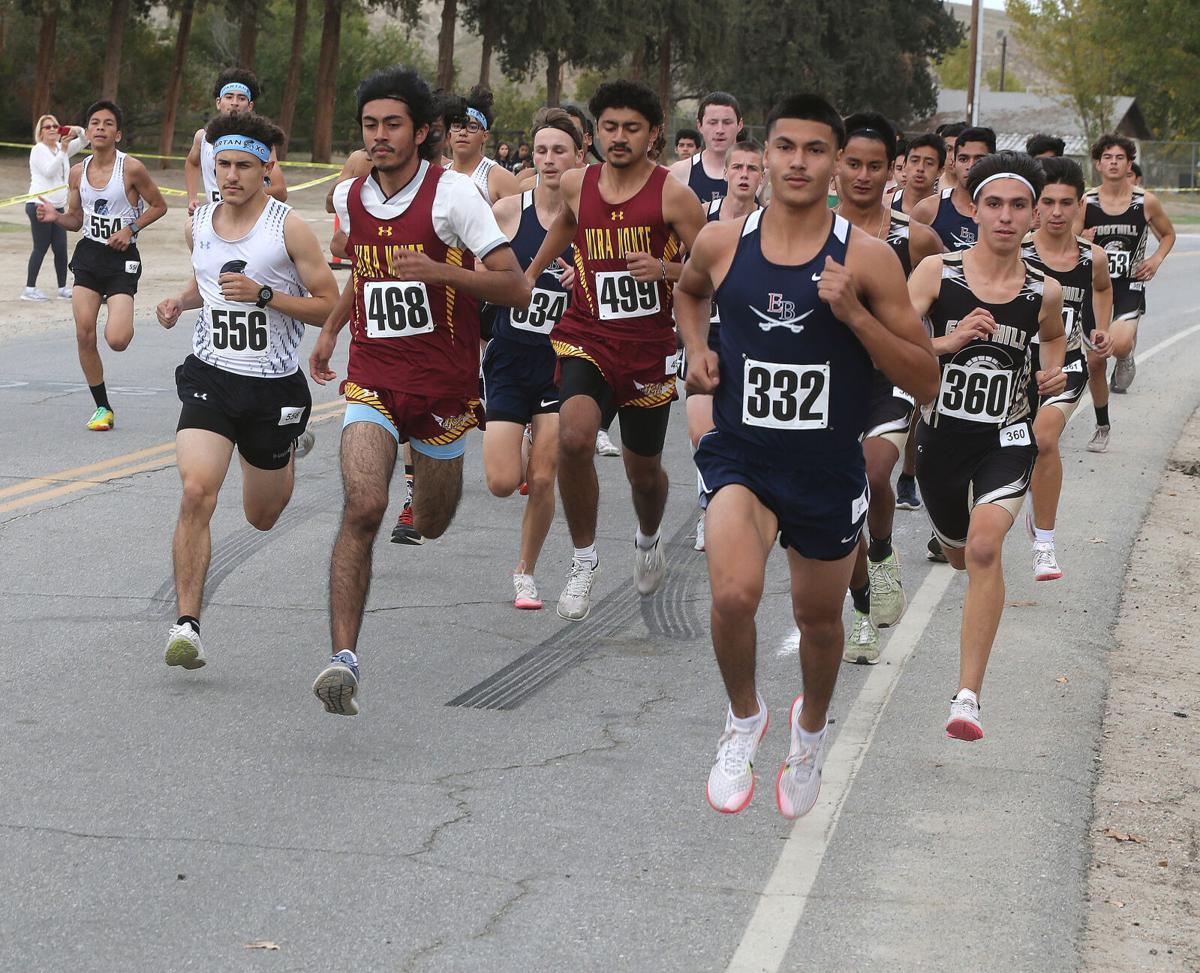 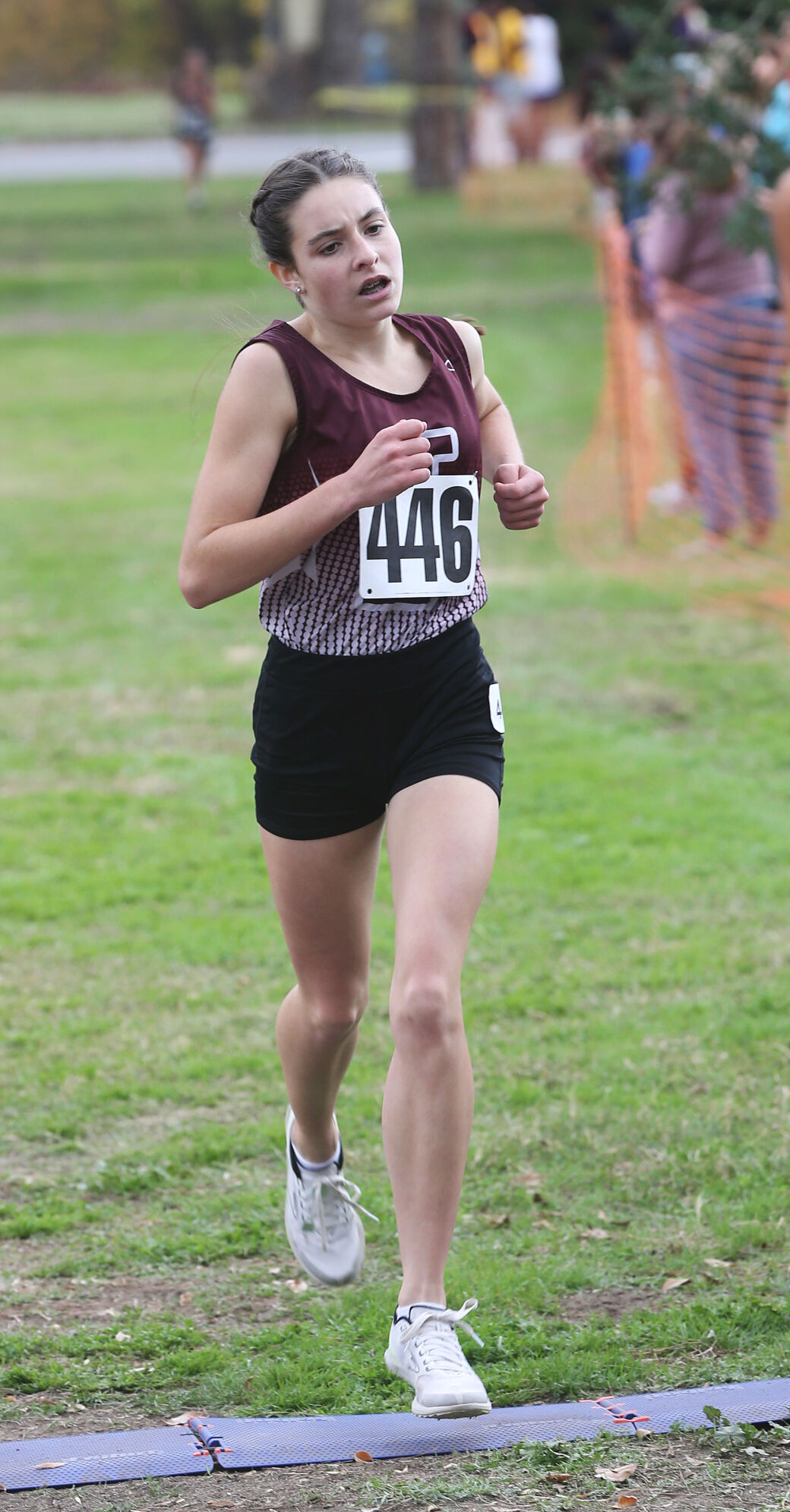 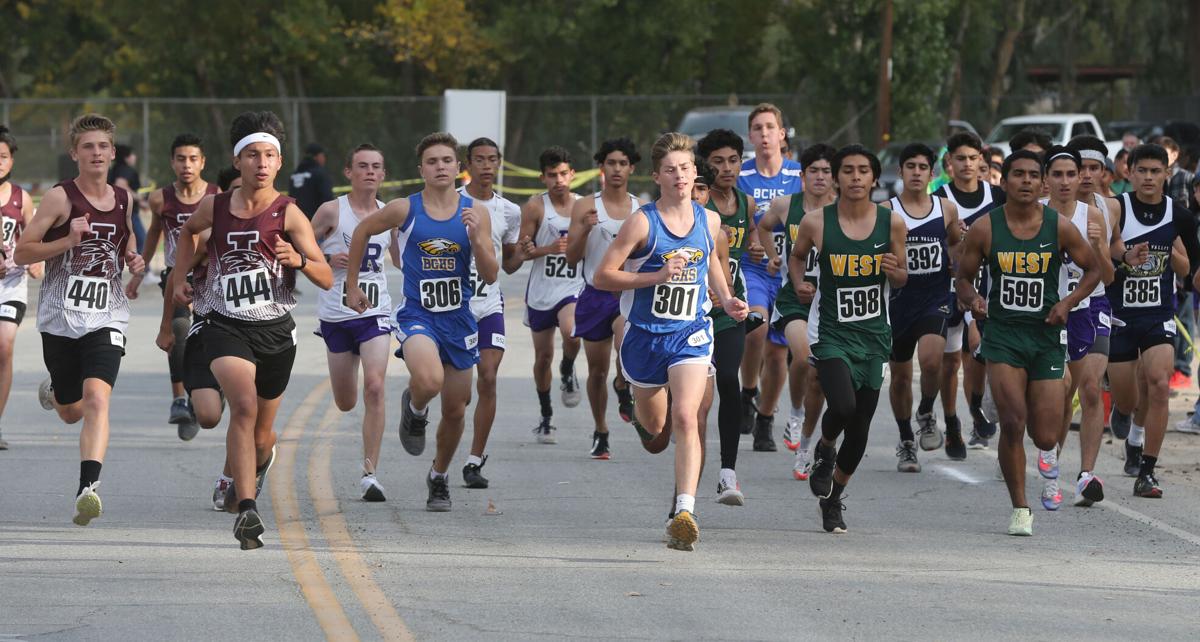 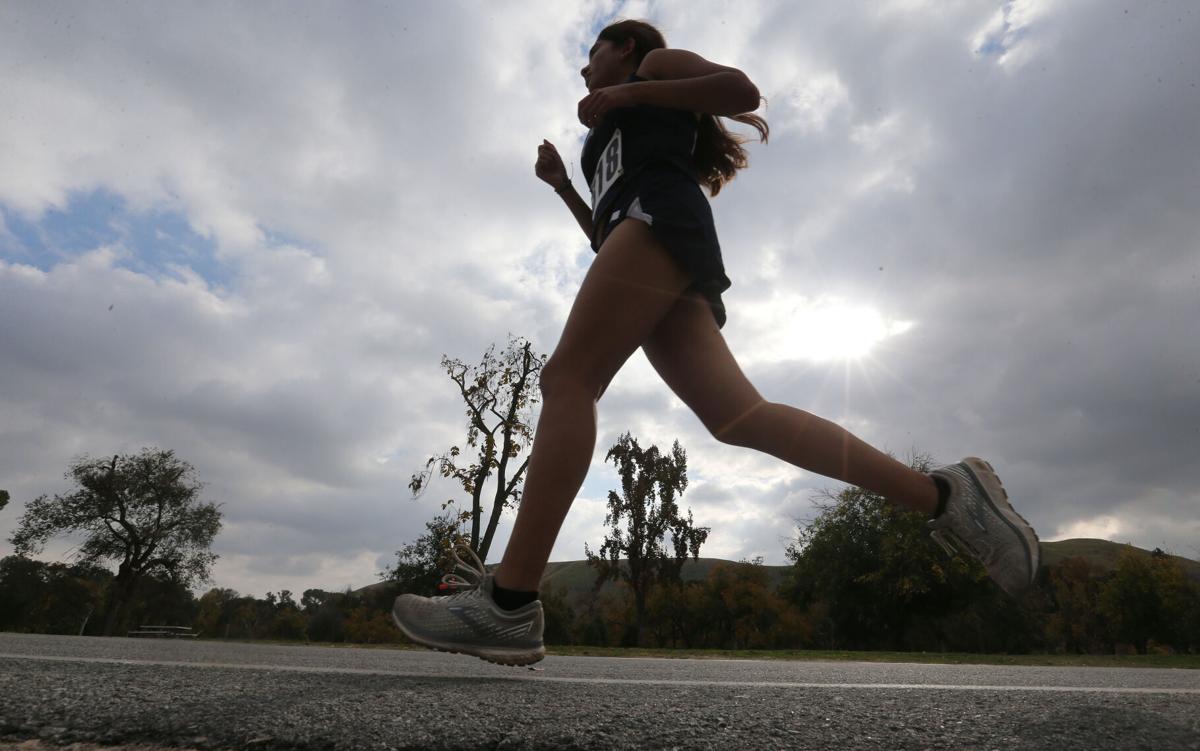 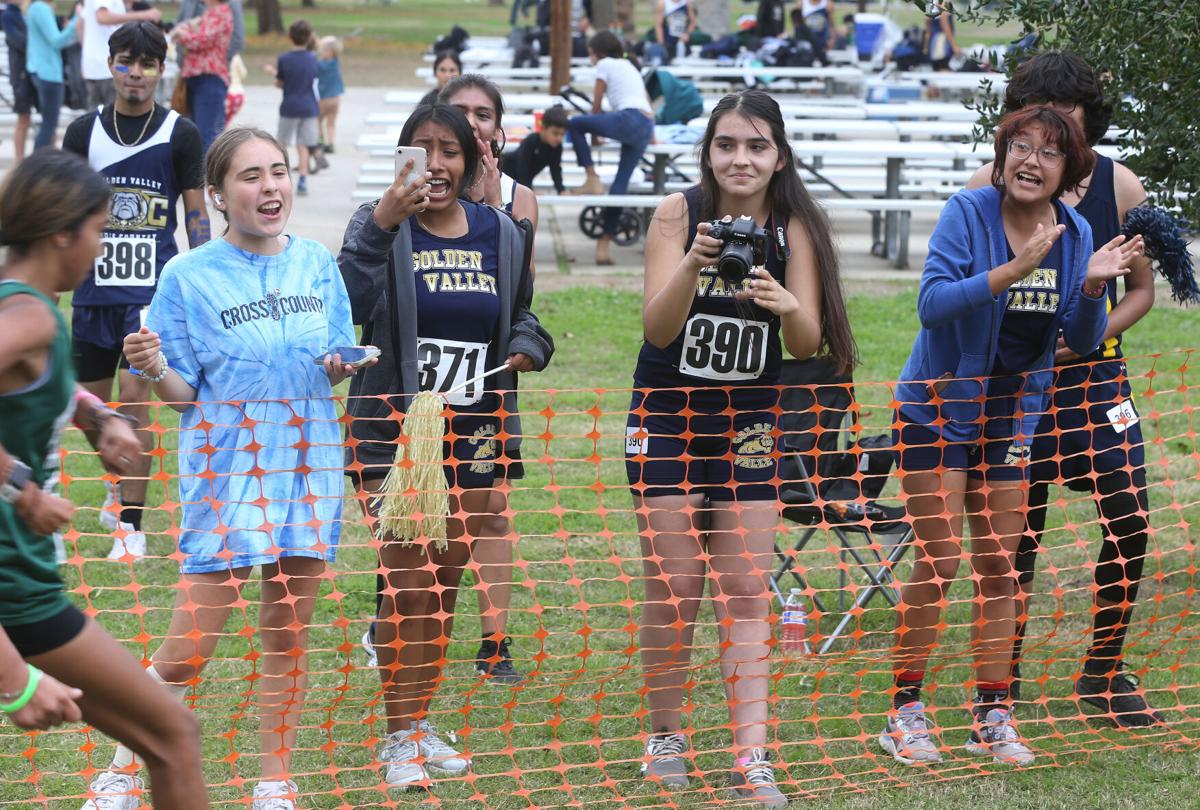 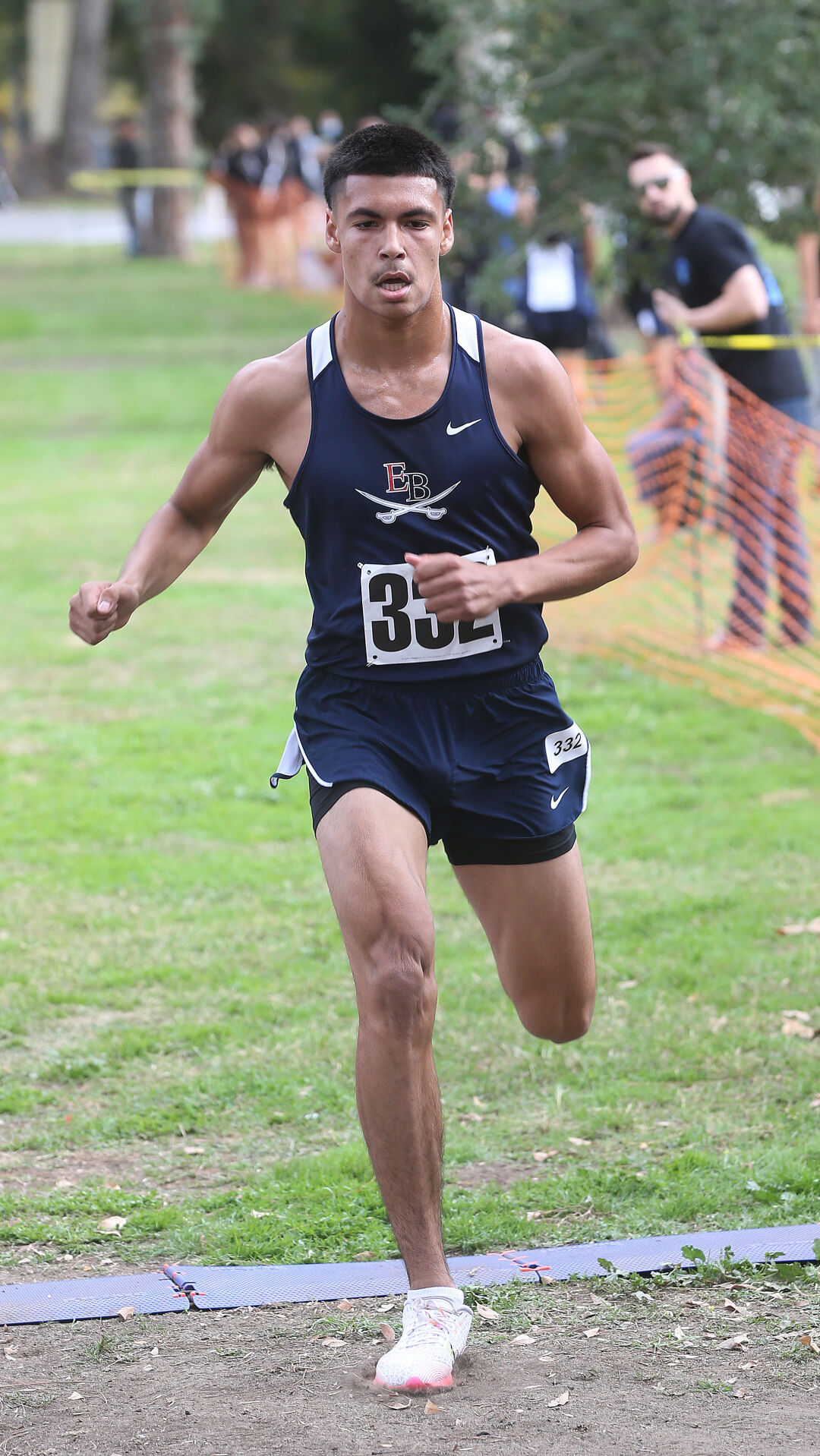 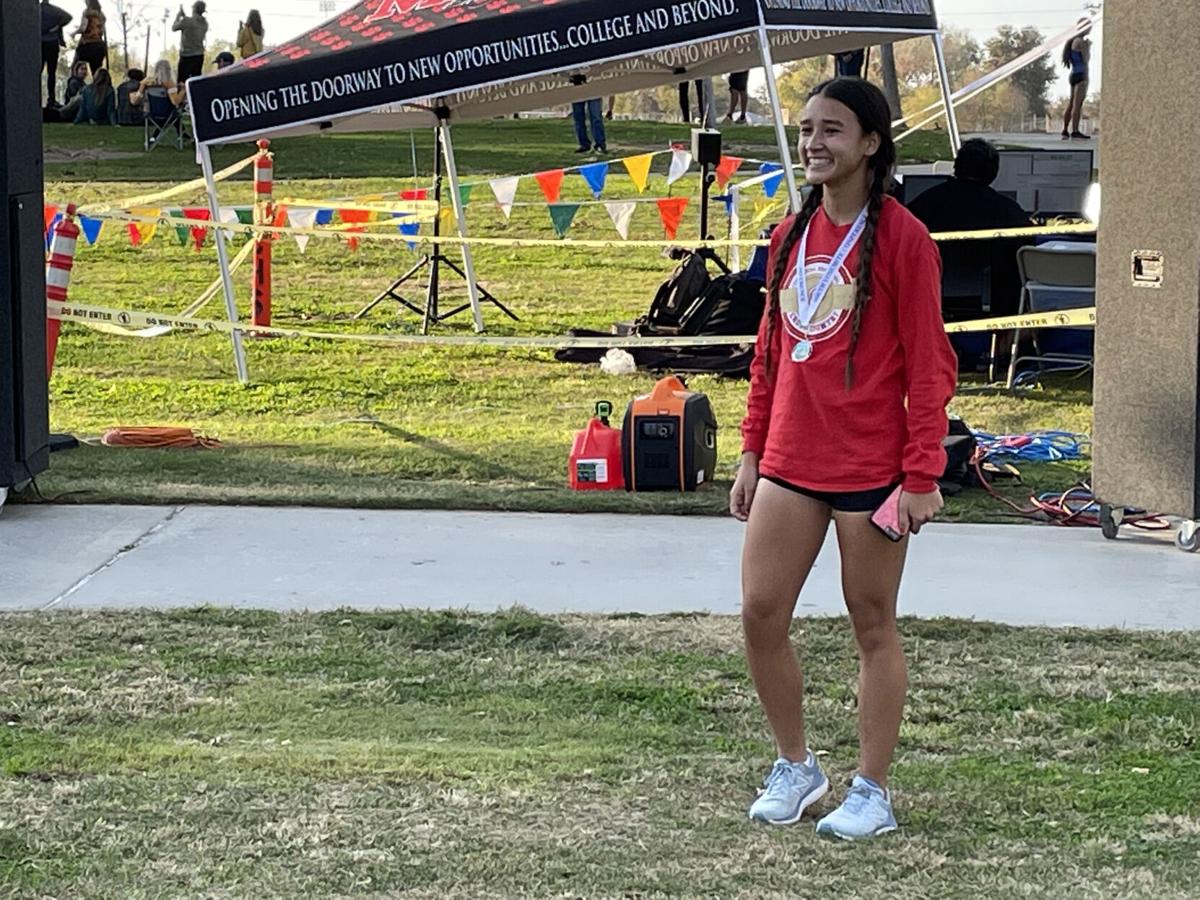 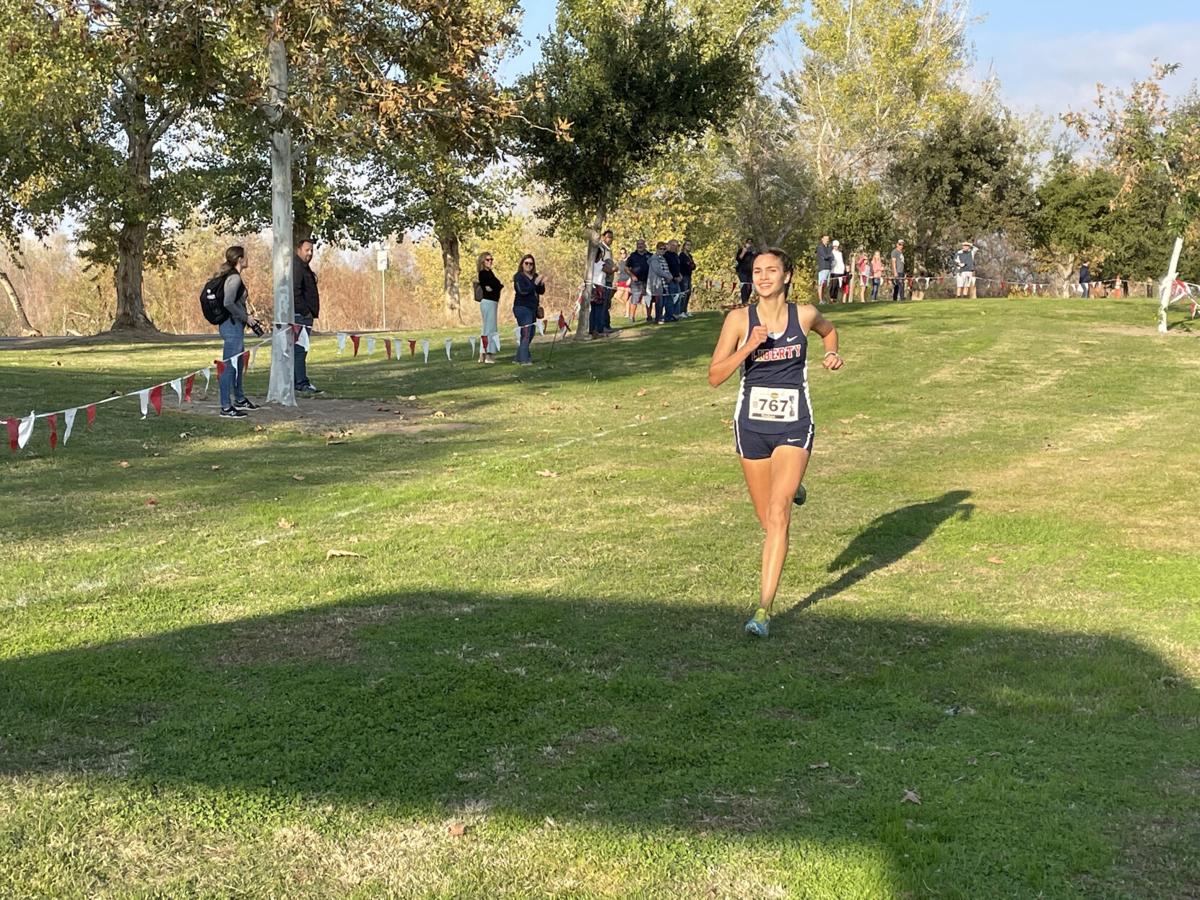 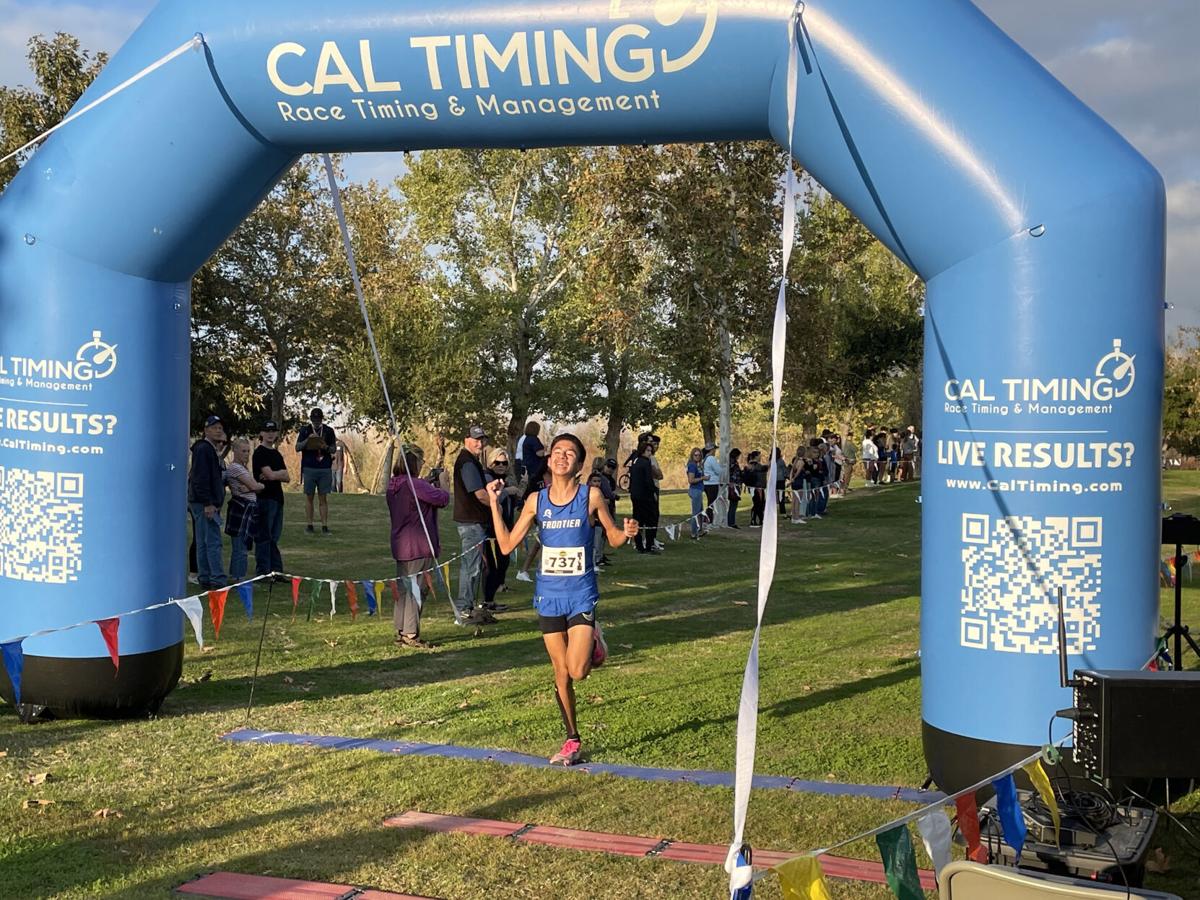 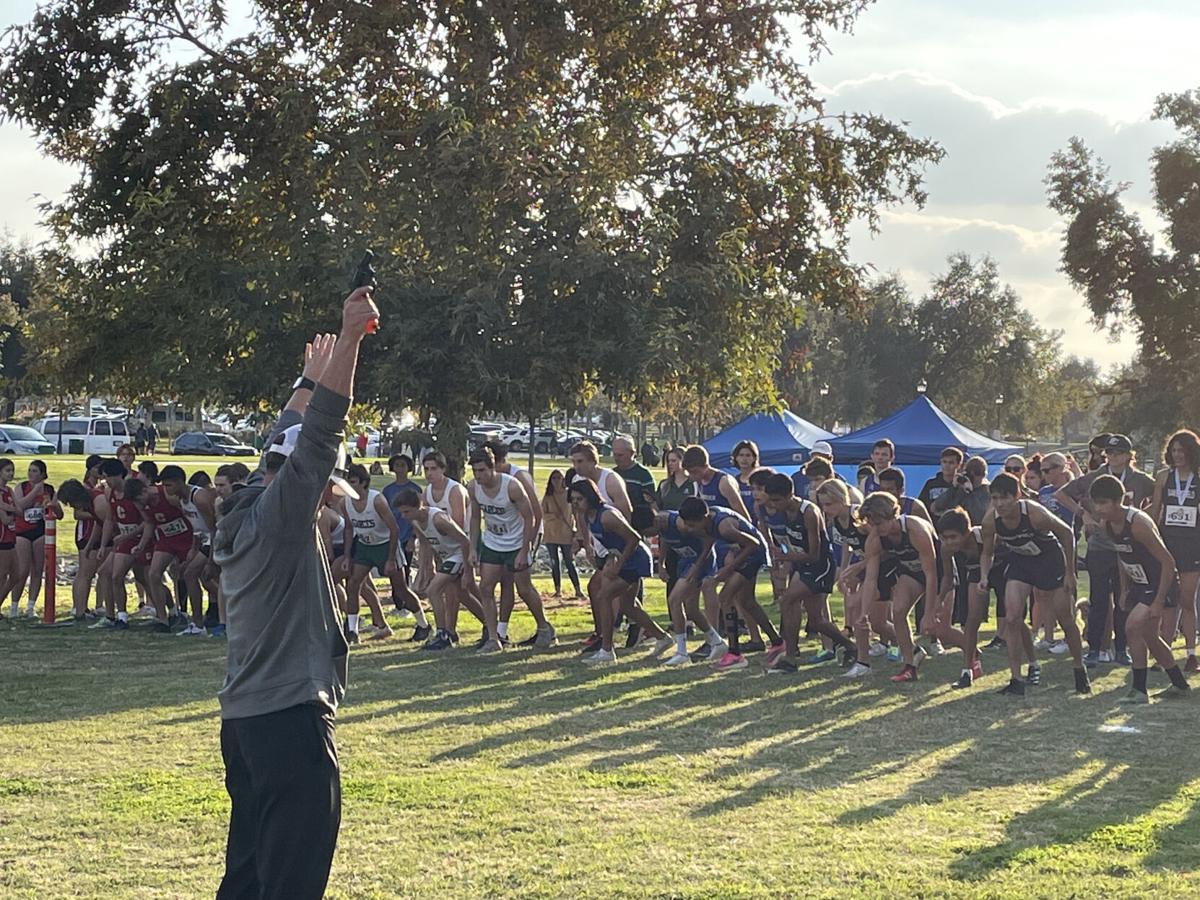 Runners take their marks at the start of the varsity boys cross country race for the Southwest Yosemite League.

Runners take their marks at the start of the varsity boys cross country race for the Southwest Yosemite League.

The SSL looked significantly different Wednesday than in 2019. McFarland, which finished fourth in boys cross-country two years ago, claimed the title this time around by a 15-point margin over Wasco, powered by the gold-medal performance of senior Jose Perezchica (17:24.18), who edged Shafter's Atzin Anguiano by less than a second, and top-10 finishes from Joey Miranda, Henry Perezchica and Angel Ontiveros.

In the girls' competition, the Cougars finished second to the Tigers, with Wasco sophomore Priscilla Raya coming in at first at 20:35.81 by an 18-second margin, ahead of teammate Ixchel Sanchez.

Then it was time for the Southwest Yosemite League to take over. Standout Liberty sophomore Nicole Bridges didn't beat her personal record of 18:10.3, set in McFarland in August, but still claimed first by 43 seconds over Centennial's Maddie Baytosh. It made for the same No. 1 and No. 2 as Saturday's countywide competition.

"I wanted to win for my team today," Bridges said, "and just do it for the girls and for Liberty."

Bridges said there's still room for improvement, though. She said she wants to improve on hills and that she's shooting for a top-10 finish at the CIF Central Section Championships on Nov. 18 in Fresno.

Liberty took the overall win by just one point over Bakersfield High School, whose Abigail Varner and Ella Parks finished third and sixth, respectively, while Liberty's Aubrey Thompson and Isabel Horaska medaled at seventh and ninth.

BHS would not be denied, however, in the boys' varsity race, where the Drillers were absolutely dominant. They entered the race with four of the top five personal records among SWYL competitors, and indeed, they occupied four of the top five spots by the end of Wednesday's race. But instead of senior Sergio Lizarraga or juniors Jenner Hutson or Daniel Hall in the top spot, it was freshman Liam McKnight who came away with the win, setting a personal best at 16:05.06.

"Today, my coach took me aside and kind of told me, 'This is a time to shine — it's where you gotta show everybody what you have,'" McKnight said, "and I guess at that last stretch it kind of got to me."

He credited the Drillers' coaching staff for the team's dominance at River Walk.

"They're always really committed to the sport," he said, "and they always make sure they address all of our needs."

Frontier's Jacob Perez came in at third, while Fletcher Bank reached sixth place for Garces, two and a half minutes ahead of the rest of the Rams.

On the other side of town, the South and Southeast leagues were wrapping up their day with varsity competition. Two years after coming in fifth as Ridgeview swept the top seven spots in the SYL race, Jorge Galindo crossed the finish line first for the Wolf Pack boys to key another Ridgeview win Wednesday.

The girls' category, however, belonged to Independence's sophomore leader Trinity McLean. Three teammates joined her in the top 10 as the Falcons claimed the victory.

The SEYL was more competitive than in its last cross-country championship. There would be no Highland sweep this time around, as while the Scots took home the girls cross-country crown with four of the top five runners, led by Mia Torrecillas, it was Foothill that won in the boys' category, even as East's Nathanael Rodriguez (15:42.21) secured first place by a wide margin. Rodriguez continued his hot streak after also claiming the top spot in the Kern County Championships.

All these teams will be in action again at the Central Section championships in Fresno Nov. 18.