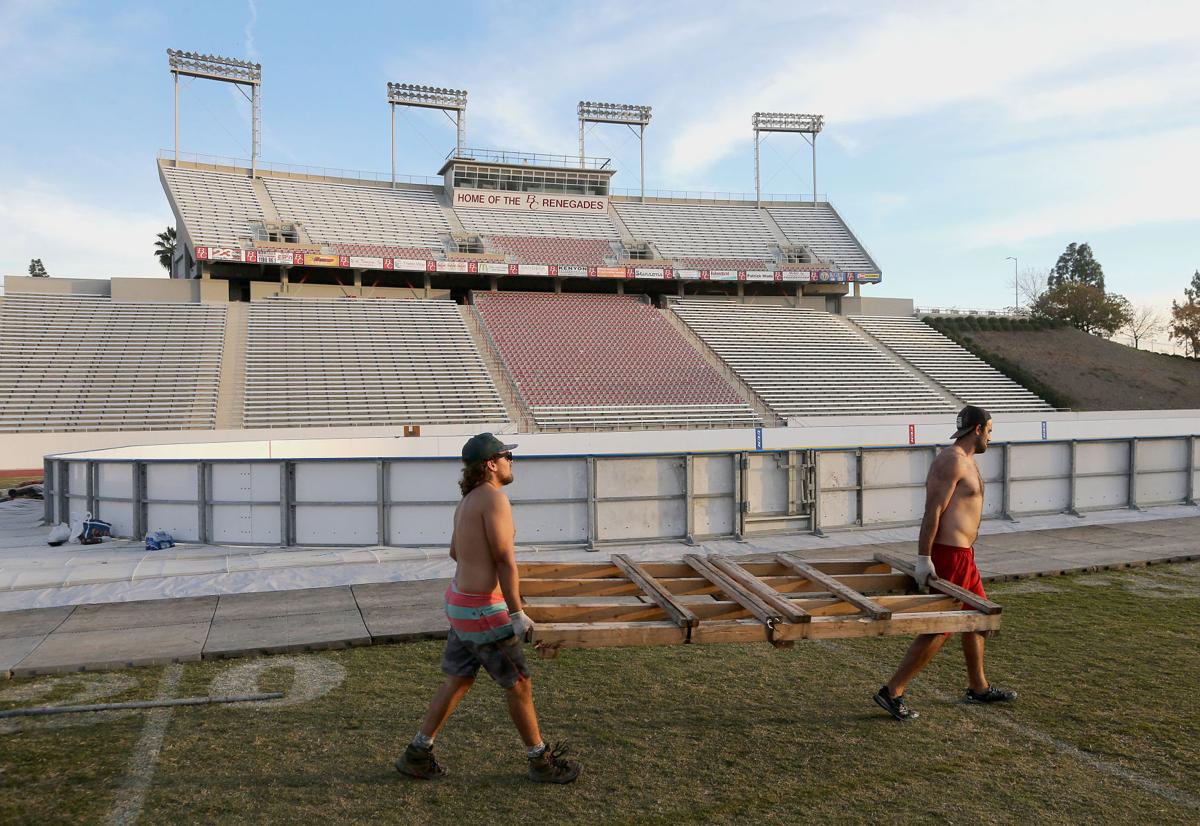 A crew from Golden State Hockey Rush continues to construct the ice rink Wednesday for the Condors Winterfest at Memorial Stadium. 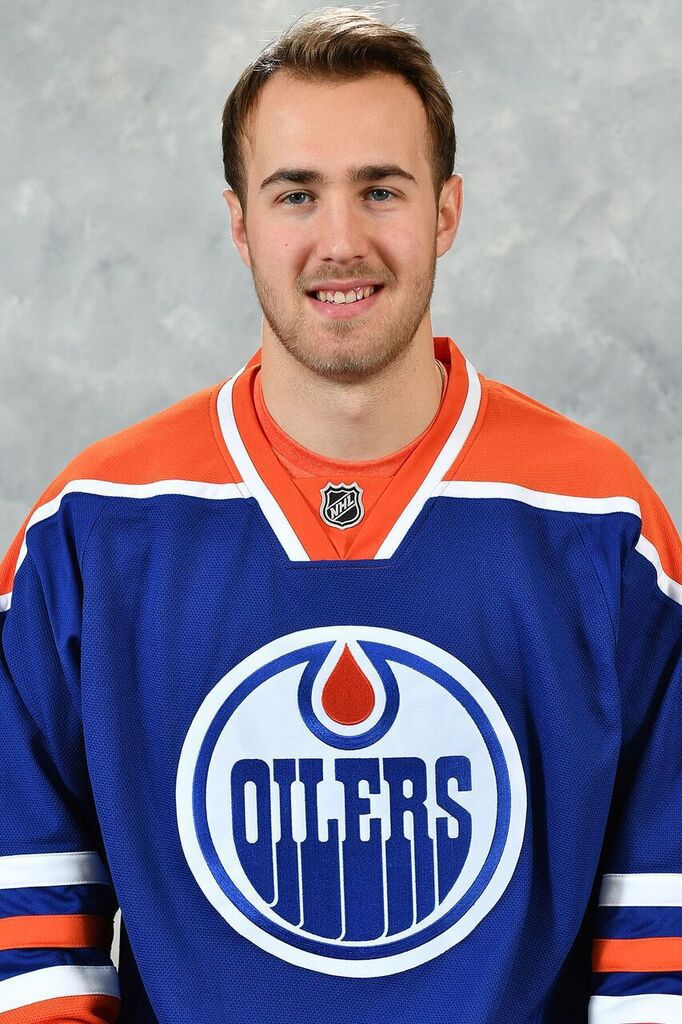 The Memorial Stadium turf at Bakersfield College is covered, and the transformation into an ice hockey rink is well under way for the Three-Way Chevrolet Winterfest and Outdoor Classic hockey game.

Winterfest, which features public skating, a zip line, inflatables, an obstacle course and snowman building, opens on Dec. 23. It culminates with a NHL alumni/celebrity hockey game on Jan. 6 and ends with the Condors hosting the Ontario Reign on Jan. 7.

Workers started putting sand (600 tons) on the field on Saturday, the installation of the boards for the rink was completed Wednesday and the ice making — water sprayed onto the surface — has commenced.

The Outdoor Classic between the Condors and Reign will be the ninth American Hockey League game played outdoors and the second straight in California. The Condors played Stockton in the Golden State Hockey Rush last December in West Sacramento.

But the celebrity game has drawn a tremendous amount of interest since hockey greats Wayne Gretzky and Luc Robitaille were named captains.

It’s even prompted the Condors coaching staff — head coach Gerry Fleming and assistants JF Houle and Tony Borgford — to hit the rink for some adult hockey to get ready.

“I thought I’d better get in one or two games before the celebrity game,” Fleming said. “It’s going to be a lot of fun, a great event.”

Edmonton GM Peter Chiarelli held court with the Edmonton media Tuesday and talked about some things that do/could affect the Condors.

Puljujarvi has played in 23 of Edmonton’s 32 games, logging not much ice time, and the question was: Would his development be better served in Bakersfield?

“He may see some time in the American League; we’ll see how it goes,” Chiarelli said. “He will not be joining Finland for the World Junior Championship.

“When an 18-year old doesn’t play all the time or he’s playing limited minutes, this is an age-old dilemma. You have to balance the development at playing eight minutes vs. 15 minutes or 20 minutes somewhere else. I’ve had extensive discussions with the coaching staff. We’re all on the same page. We’ll see how it goes throughout the Christmas holiday.”

Definitely affecting the Oilers and Condors have been injuries to defensemen. The latest news is that Edmonton’s Darnell Nurse will be out 12 weeks due to surgery on his ankle.

“We’re very deep at D,” Chiarelli said. “I’m satisfied with the D we have here and in the minors to fill in.”

Defensemen David Musil and Dillon Simpson have been reassigned to the Condors, giving Bakersfield its most solid defensive foundation in more than a month. Simpson played in his first three NHL games last week.

Player of The Week

Oesterle, a defenseman, had three points in two game over the weekend after returning from an injury that forced him to miss 12 games. He had an assist in Bakersfield’s 3-2 overtime win over Charlotte on Friday Night and had two goals in 5-2 win over Stockton on Saturday night.

6: The number of straight games the Condors have garnered points (4-0-2).

2.45: The average goals per game allowed by the Condors, third best in the AHL.

This is Bakersfield’s first meeting against the Reign this season. Ontario was 5-0-1 over its last six before a Wednesday night game against Stockton. Jonny Brodzinski led the team in scoring with 18 points (7g, 11a) heading into that game … Bako fans going to the game are in luck as Fridays are $2 Bud Lite nights.

The Barracuda should be well rested as this will be their first game since Sunday. Daniel O’Regan leads San Jose in points with 21 (7g, 14a) ...The Condors are 2-2-0-0 against San Jose.

Winterfest kicks off Friday, Dec. 23 and TBC photographers were outside at Bakersfield College stadium to get some photos of the event's const…