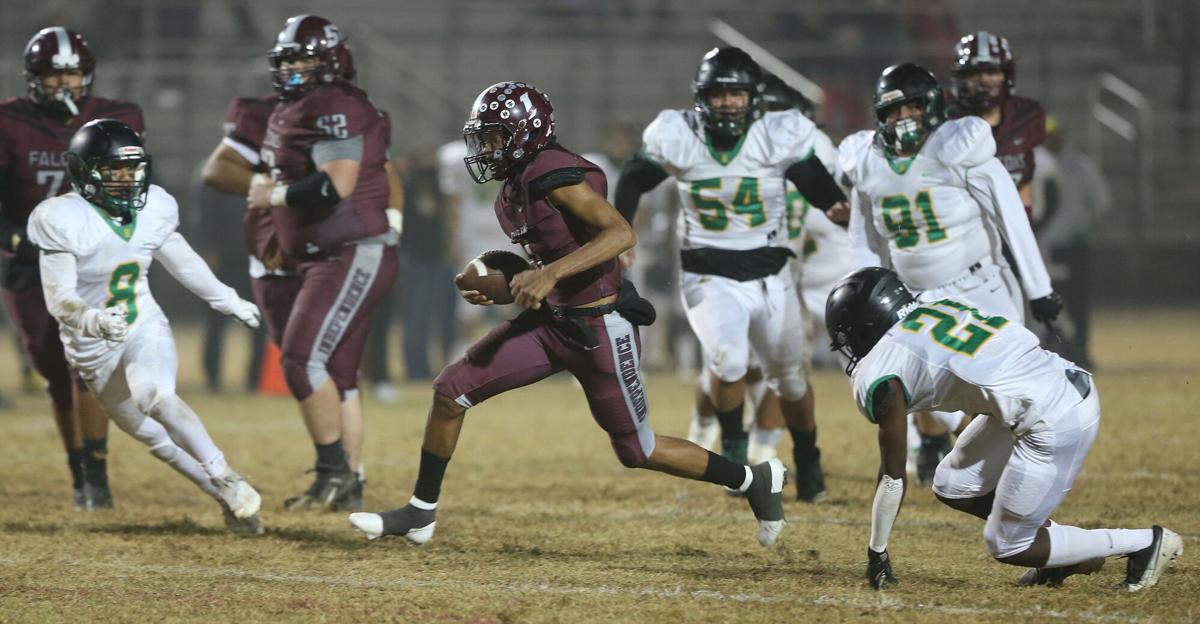 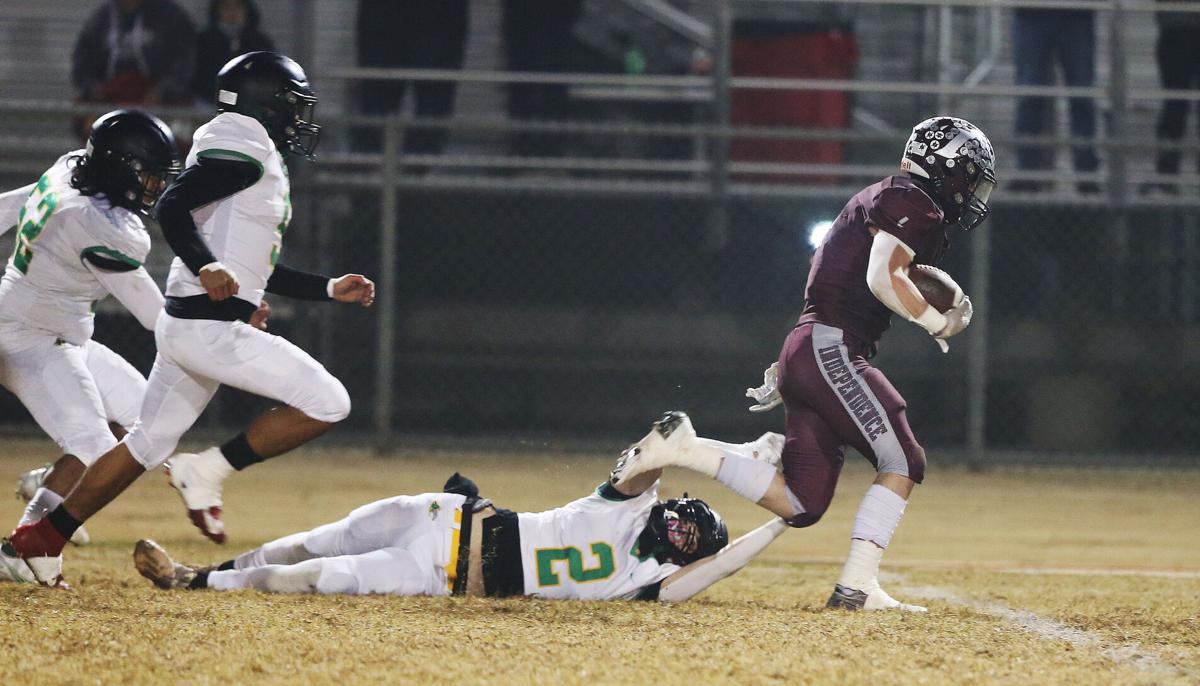 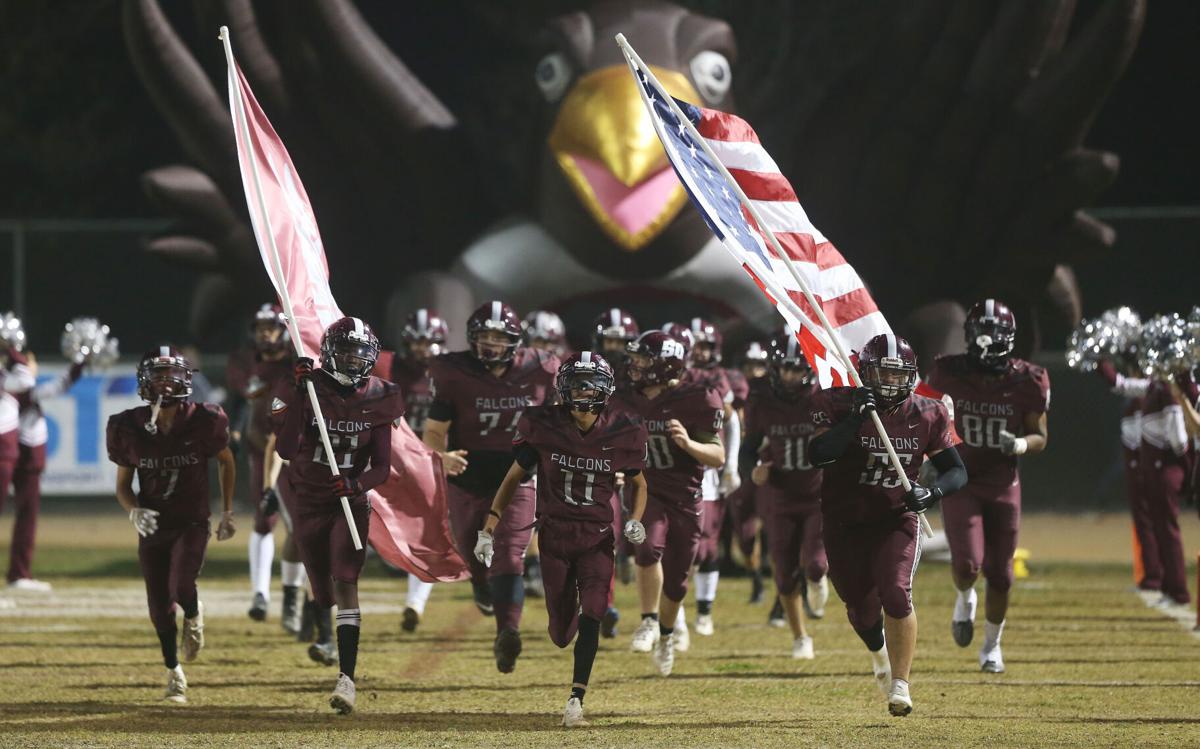 Independence High School runs onto the field at the start of their football game versus Fresno-Roosevelt on Friday night. 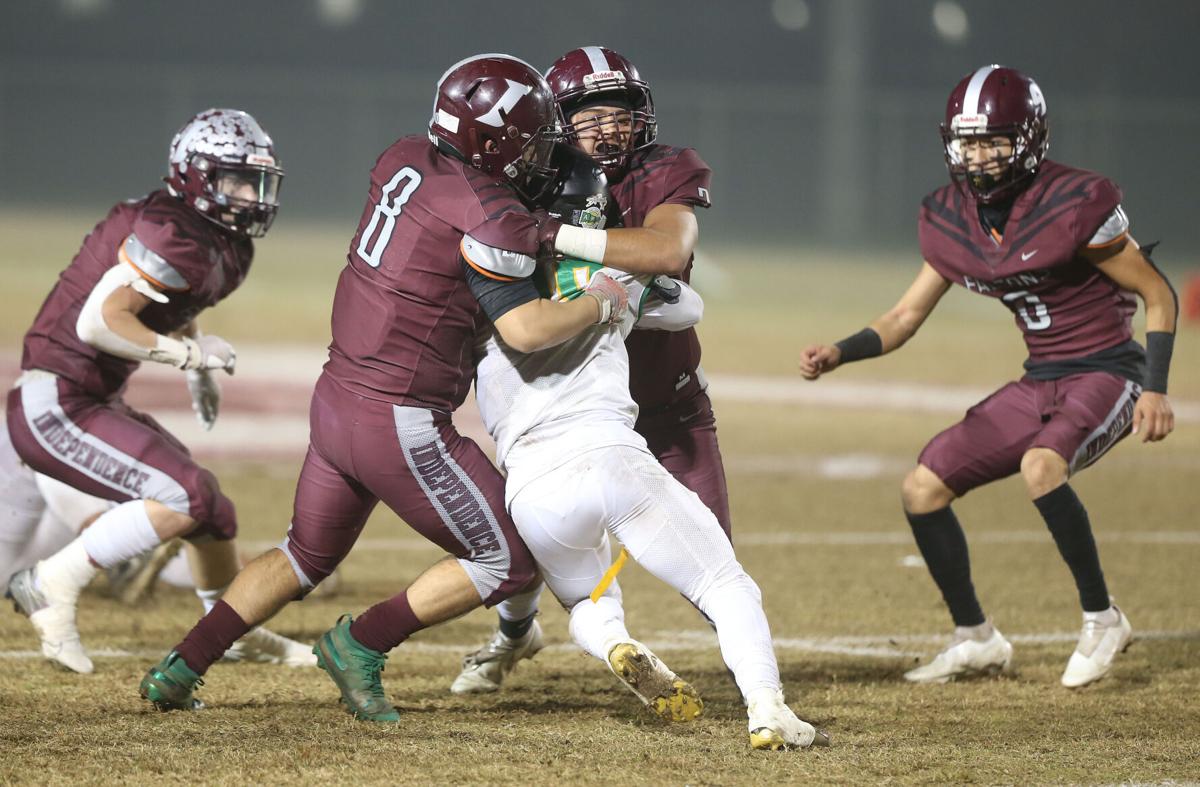 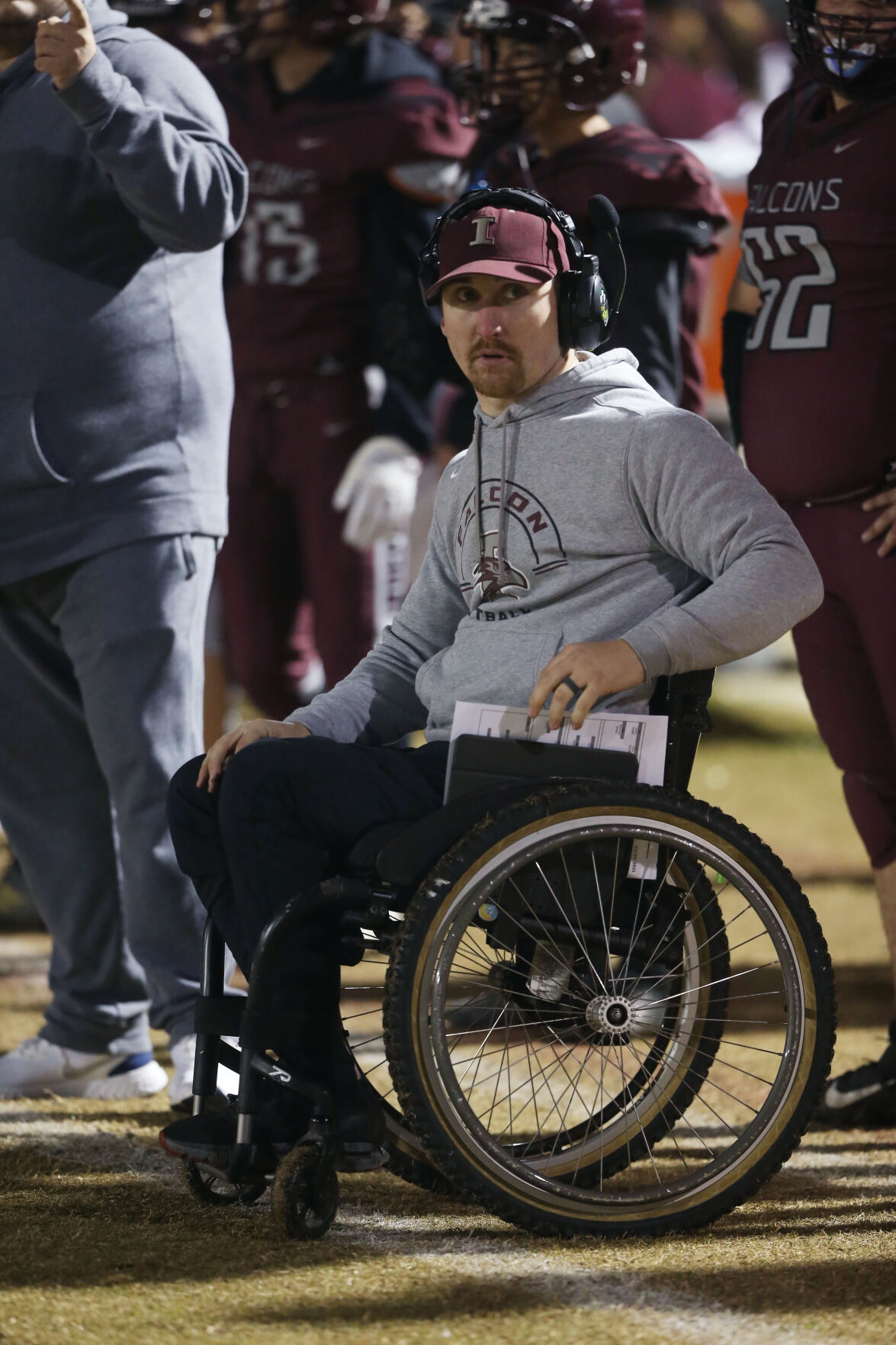 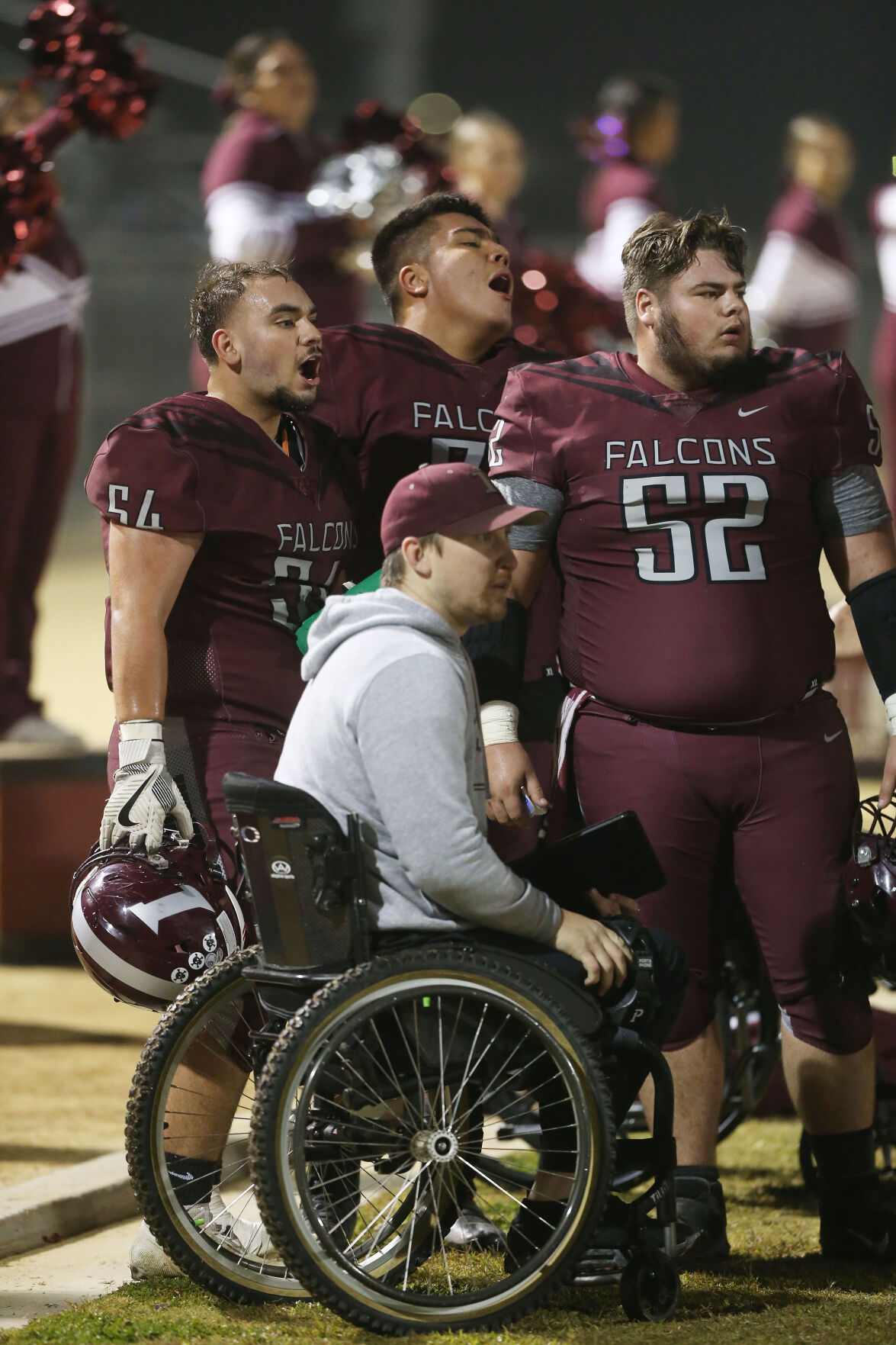 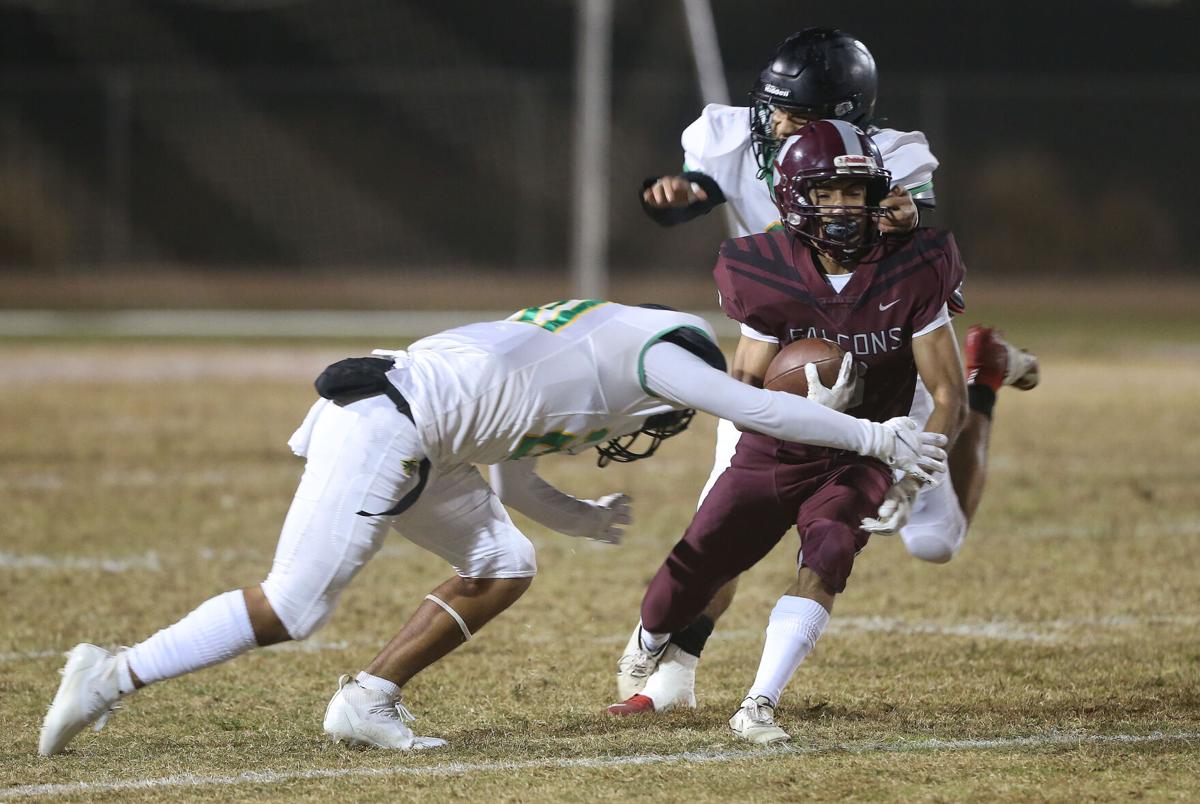 Independence High School RB Anthony Rico runs into the secondary and is about to be tackled by Fresno-Roosevelt defenders Jeremiah Romero and David Contreras on Friday night. 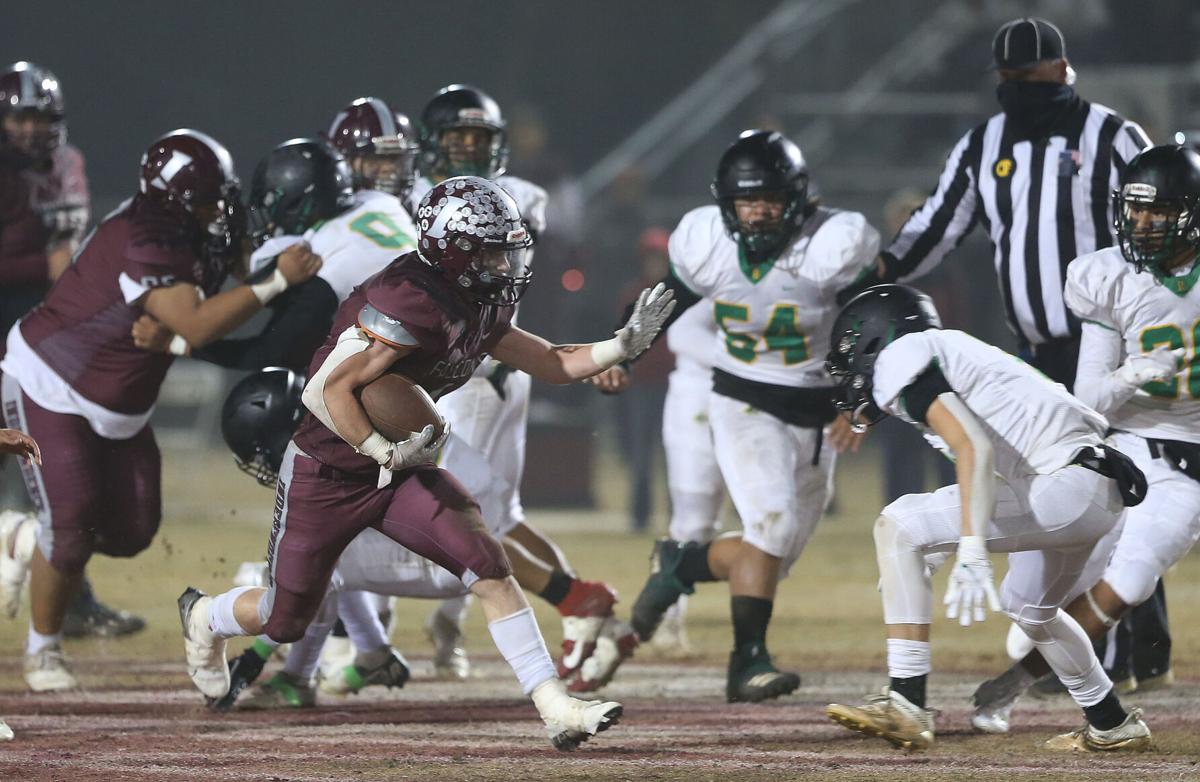 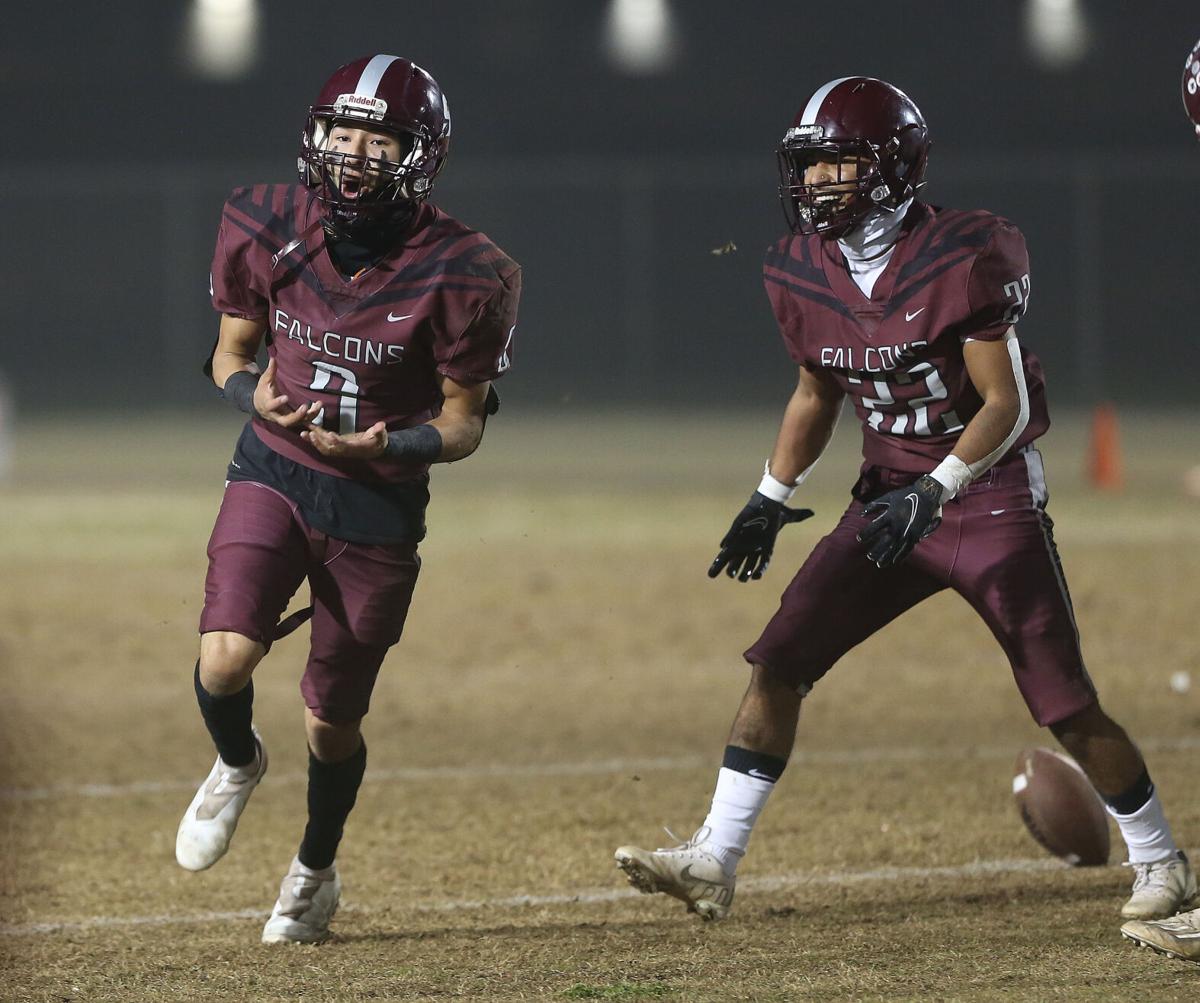 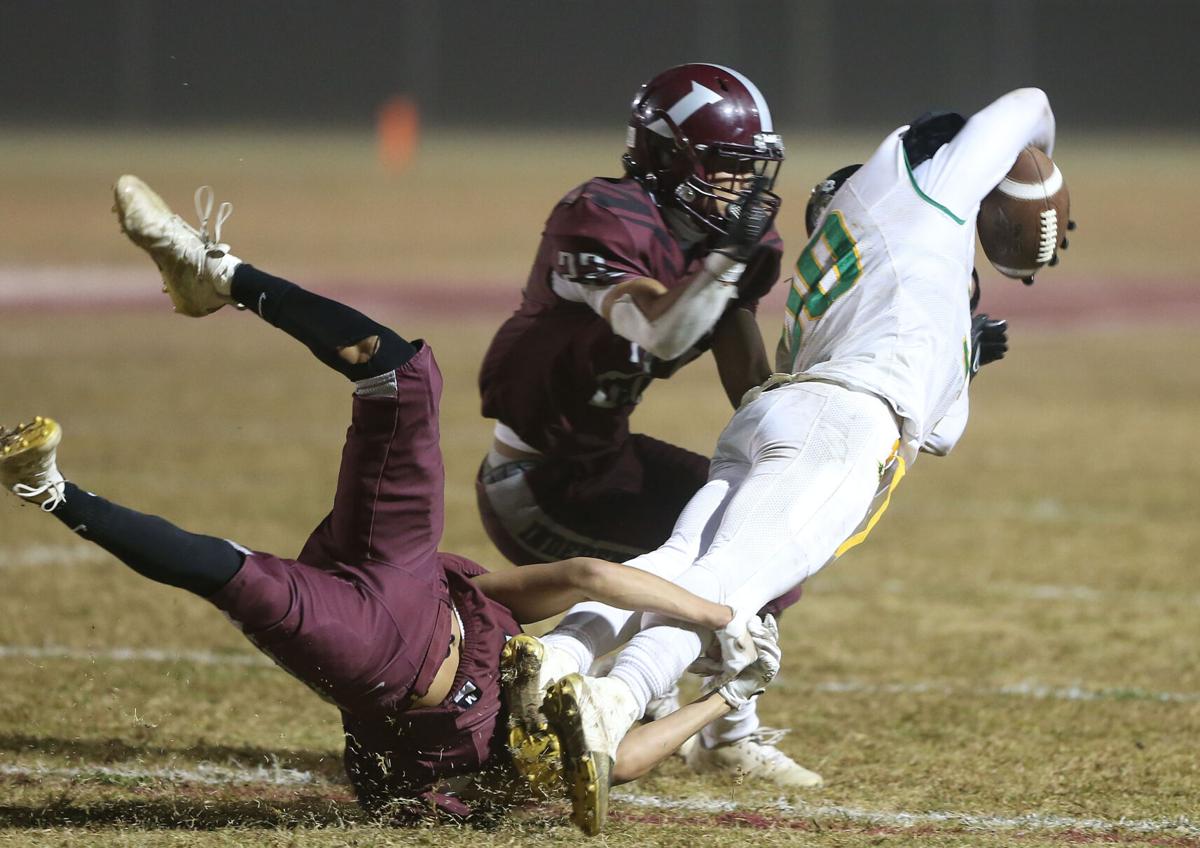 Independence High School runs onto the field at the start of their football game versus Fresno-Roosevelt on Friday night.

Independence High School RB Anthony Rico runs into the secondary and is about to be tackled by Fresno-Roosevelt defenders Jeremiah Romero and David Contreras on Friday night.

At the end of the first half, it was easy to see a "missed opportunities" storyline developing for the Independence Falcons.

Despite plenty of success on the ground early, they found themselves tied 7-7 with the Rough Riders from Fresno-Roosevelt, after quarterback Ladon Denmark fumbled at the goal line in the first quarter and a drive stalled at Roosevelt's 31 in the second.

That trend evaporated completely in the third quarter, and the Falcons were merciless from then on, extending their lead to four touchdowns and picking up a 42-14 win, their seventh in a row, to ensure they will play the Central Section Division IV championship at home next week.

"From being 0-6 to being where we're at now," coach Tyler Schilhabel said, "I think that was just a culmination of all the pain, all the pleasure that we've gotten."

For Independence (7-6), Denmark rushed for four touchdowns, including three in the second half after his lone fumble. Workhorse running back Evan Peaker had 195 yards and another touchdown. Both players contributed to a three-minute stretch in the third quarter in which, complemented by a defensive touchdown from Curtis Franklin, the Falcons went from 7-7 to 28-7.

The Rough Riders had success running the ball with Ulysses Diaz, who recorded 133 rushing yards, but struggled when Diaz didn't get big yardage on first down and so they found themselves in passing situations.

Case in point: on its opening drive, Roosevelt (6-5) had first-and-10 from Independence's 42, but after a 1-yard run by Diaz, Mario Cosma threw incomplete and then for -2 yards, so the Rough Riders had to punt. The Falcons responded with the opening touchdown of the game, a 5-yard run by Denmark set up by a fourth-down conversion and 44-yard scamper by Peaker.

Roosevelt continued with seven straight runs, but its first pass, from the Falcons' 37, was intercepted by Jonathan Vigil over the middle. Independence drove down the field with purpose, getting big runs from Vigil, Anthony Rico, and Denmark, then promptly fumbled on the goal line.

The Rough Riders had to punt from deep in their own end, but on their next drive, Cosma found Yndalecio Luna wide open down the middle of the field for a 56-yard gain. Four plays later, on a fourth down, Luna took a jet sweep into the end zone from five yards out to tie it up at halftime.

For the remainder of the game, the teams were not so evenly matched. The Falcons ran it 10 times to open the second half and met little resistance along the way, culminating with Denmark's second touchdown, from 10 yards out. Independence forced a quick punt, thanks to a sack by Bryan Flores, then Peaker sprinted 42 yards for a touchdown on the Falcons' first play. Finally, Roosevelt fumbled the ensuing kickoff and Curtis Franklin had an easy return touchdown. Three minutes, three touchdowns.

"Extremely proud of the way that they bounced back," Schilhabel said. "Couldn't be prouder or happier for these boys."

To Roosevelt's credit, the Rough Riders responded with two of their most complete drives of the game: first, on offense, 14 plays, 71 yards, and a short passing touchdown on fourth and goal from Cosma to Marcos Ruiz, then, on defense to open the fourth quarter, containing Denmark on third down and forcing a punt on the Falcons' sixth play.

But a lack of situational awareness erased any chance of a Rough Riders comeback. On fourth-and-5 from their own 17, they decided to go for it, but the passing play from Cosma to Diaz only picked up three yards before the running back went out of bounds. Denmark scored on another one-play drive to make it 35-14.

After another four-and-out, Denmark tacked on his fourth to seal the final score at 42-14.

For Friday's championship, the No. 6 Falcons will host the No. 13 Mendota Aztecs, a team that has already knocked out a pair of Bakersfield contenders on the road, No. 5 Foothill and No. 8 Highland.