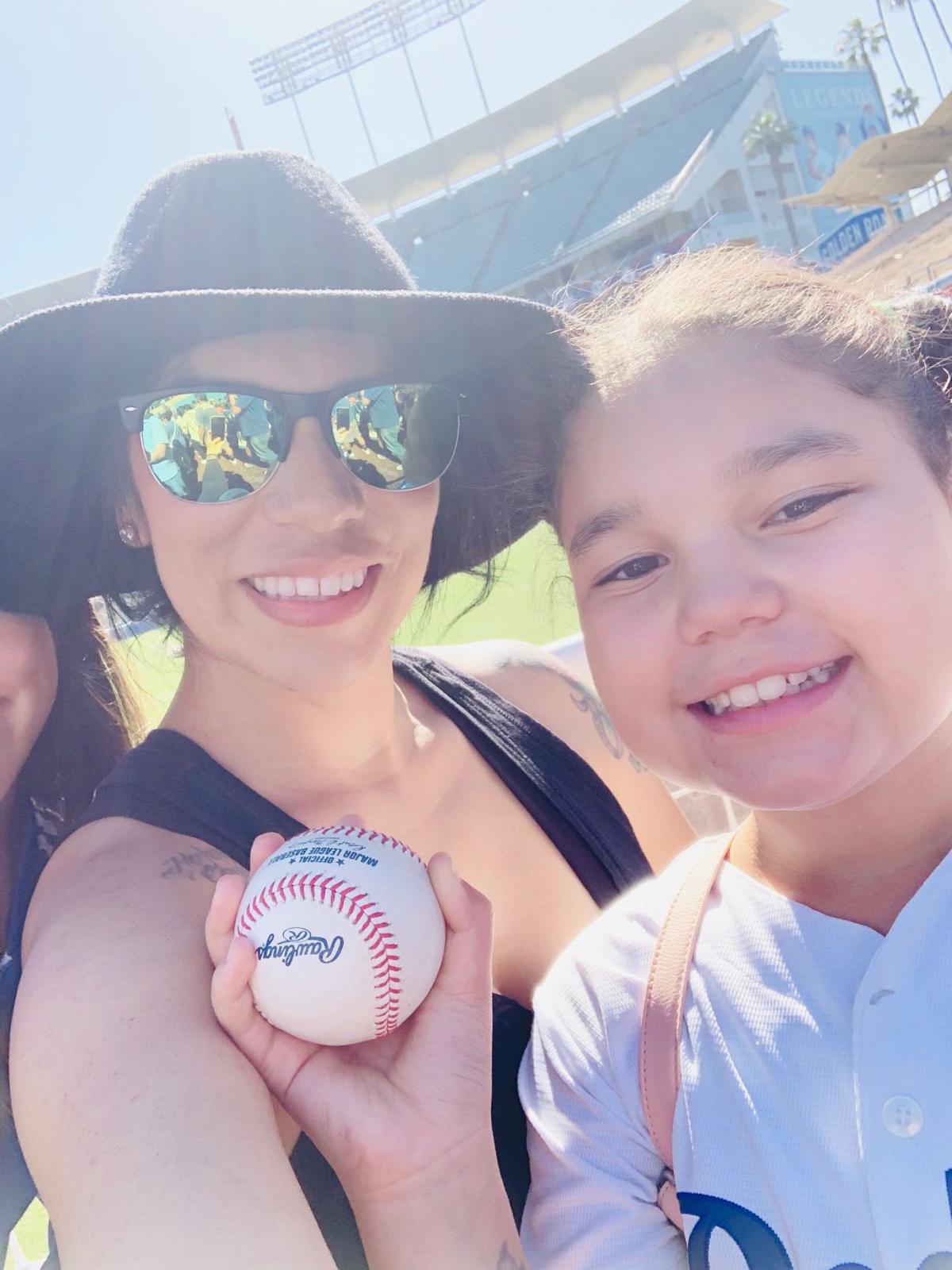 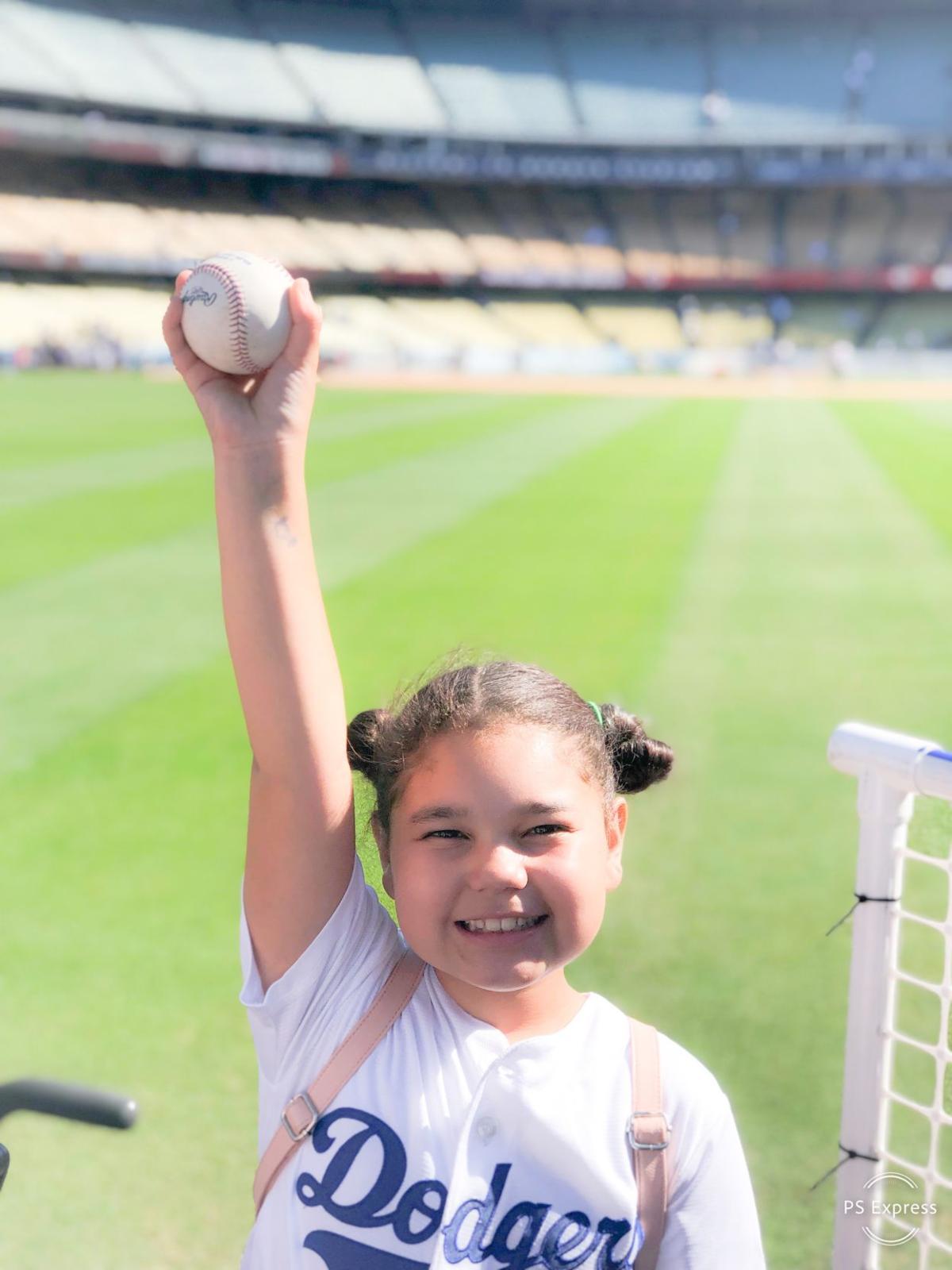 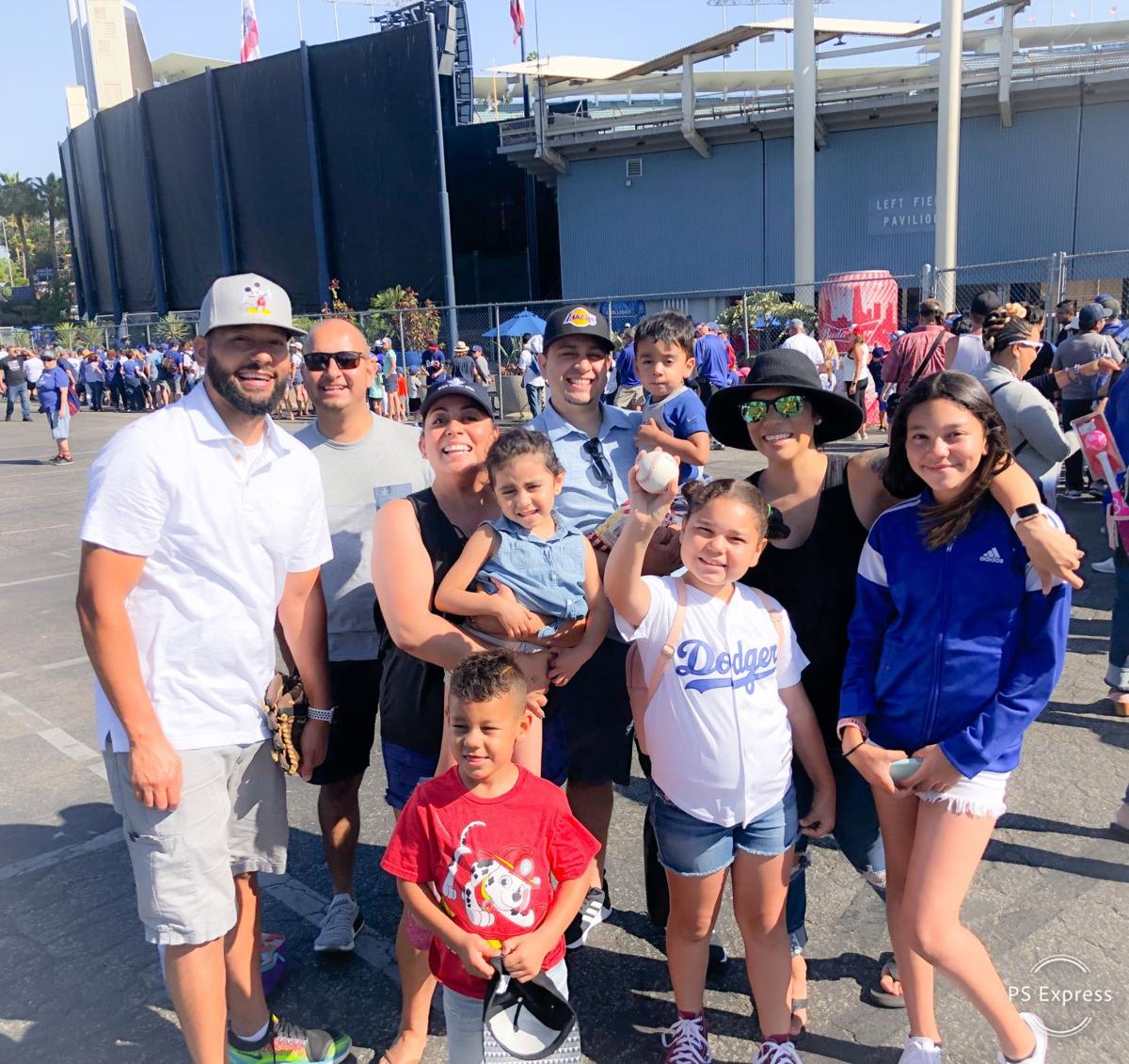 Alani Thompson, 9, holds up a historic baseball, who mother Jeanette (second from right) caught at a Dodger game last month. Also pictured is Jeanette's husband, Nathan, daughter Sienna, 12, and Jayce, 4, along with friends.

Alani Thompson, 9, holds up a historic baseball, who mother Jeanette (second from right) caught at a Dodger game last month. Also pictured is Jeanette's husband, Nathan, daughter Sienna, 12, and Jayce, 4, along with friends.

Dogs and cats. Oil and water. Giants and Dodgers fans.

Some things just don’t go together.

But in the Thompson's Bakersfield household, featuring die-hard Giants’ supporters Jeanette and Nathan, and their nine-year-old daughter Alani — who loves the Dodgers — cheering for natural baseball rivals has become a unifying force.

“We have to give her some tough love,” said Jeanette Thompson with a chuckle. “Her dad and her always go back and forth. He always says you made a bad choice and you need to come to the winning side. He tries to persuade her to come over to the Giants.”

That team loyalty was put to the test when an unlikely set of circumstances led the family to catch a bit of Major League Baseball history, and set aside the rivalry for at least one day.

Sitting in the direct sun for nearly two hours in the right-field bleachers at Dodger Stadium for an afternoon game against the Colorado Rockies last month, Jeanette and Nathan had had enough of the heat. They sought refuge under the stands with Alani and their other children, daughter Sienna, 12, and son Jayce, 4.

In a tie game with the winning run in scoring position, lightning struck in the form of a third-straight walk-off home run by a Dodger rookie — a first in MLB history — off the bat of pinch hitter Will Smith. The 3-run blast hit off the top of the right-center field fence and bounced under the bleachers — rolling into the path of Jeanette.

“We were watching the game on TV and we saw him hit the ball. My husband walked off (in disgust), and my daughter followed behind him,” said Jeanette, who was invited to the June 23 game by friends who had received free tickets. “And I don’t know why, but I just stayed there by myself standing there. And all of a sudden I look and I see this ball to the right of me and I’m like ‘Oh my gosh,’ and I ran super fast and I got it and said ‘That’s the ball!’

“It was just so bizarre. People were running down the stairs (to get the ball), but I already had it.”

“I was really excited because it’s my first ball and it’s very special to me,” said Alani, who was also making her first trip to a Dodger game with her parents.

The Thompsons received instant celebrity status upon return to the bleachers, and celebrated and took pictures with other fans before descending to the field where several youngsters were lined up to run the bases as part of a Dodgers afternoon post-game promotion.

Along the way, Jeanette and Nathan were told by other fans and friends that they should get the historic ball validated, and perhaps trade it for something belonging to a Dodger player — like I don't know, maybe Turner?

They were first sent to an usher and then to a security officer. Both told them they needed to contact someone in the Dodgers organization. Emails were sent to the Dodger fan site and to Dodger reporter Alanna Rizzo with no response.

While the family quietly hopes to hear from the team, the sentimental value of the ball continues to grow.

“It’s above my bed on a shelf on a little stand,” said Alani, who is entering the fifth grade. “I want to keep it safe. I’ve taken it to my grandparents house to show them, but that’s about it.”

Alani’s love for Turner because she says, "he hits a lot of home runs,” may be the only thing that might convince her to part with the ball.

After a short delay to ponder the idea, she excitedly replies, “Yes, yes, yes, yes. If he would meet with me, yes.”

What a great story. Hope she gets to meet her fave J Turner.