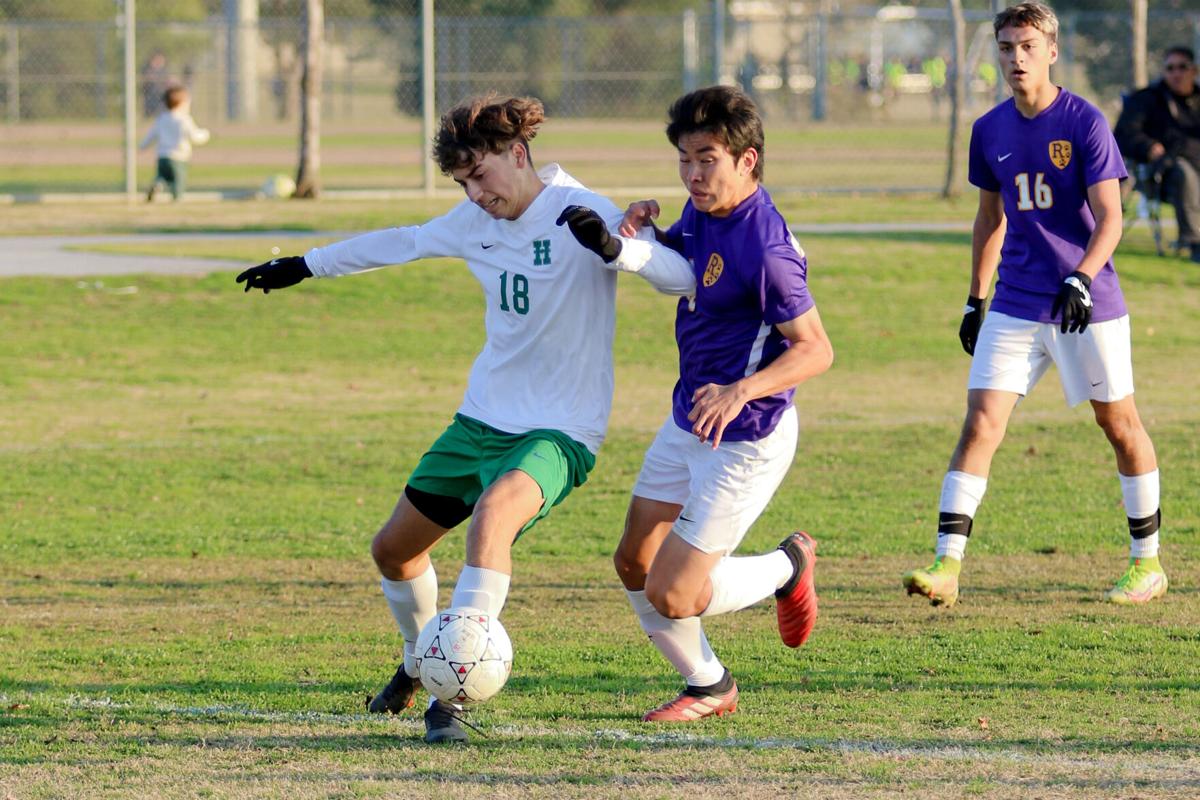 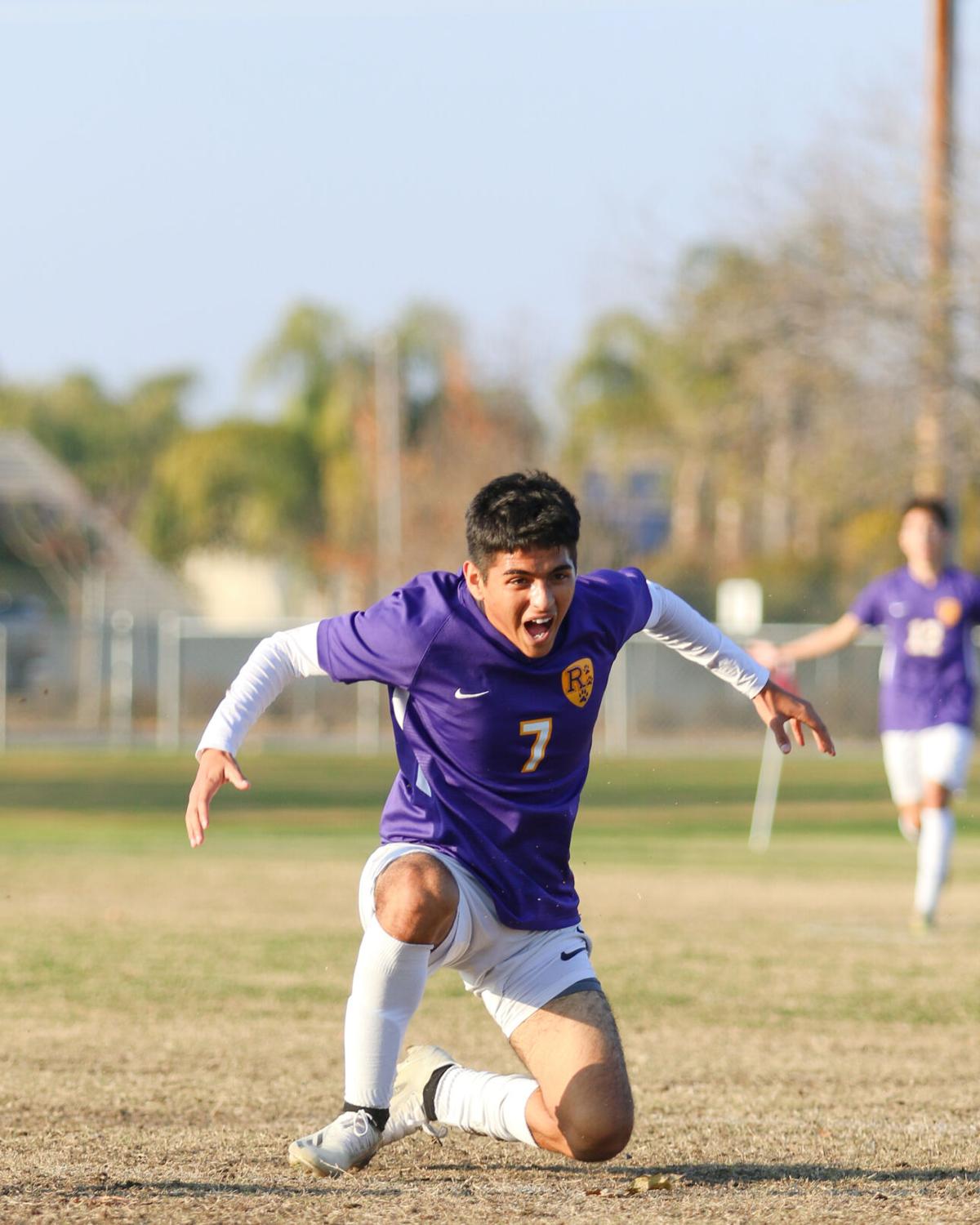 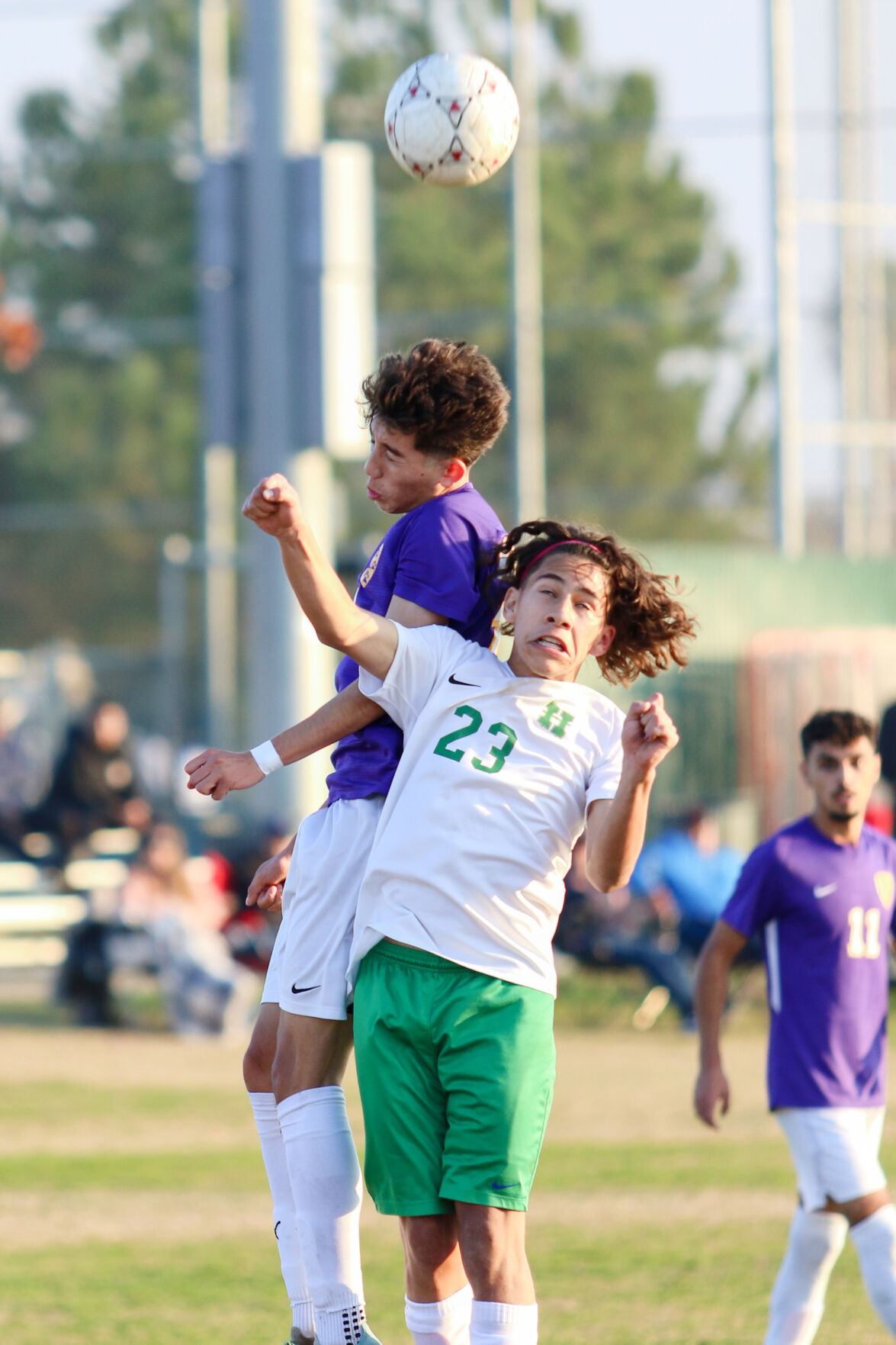 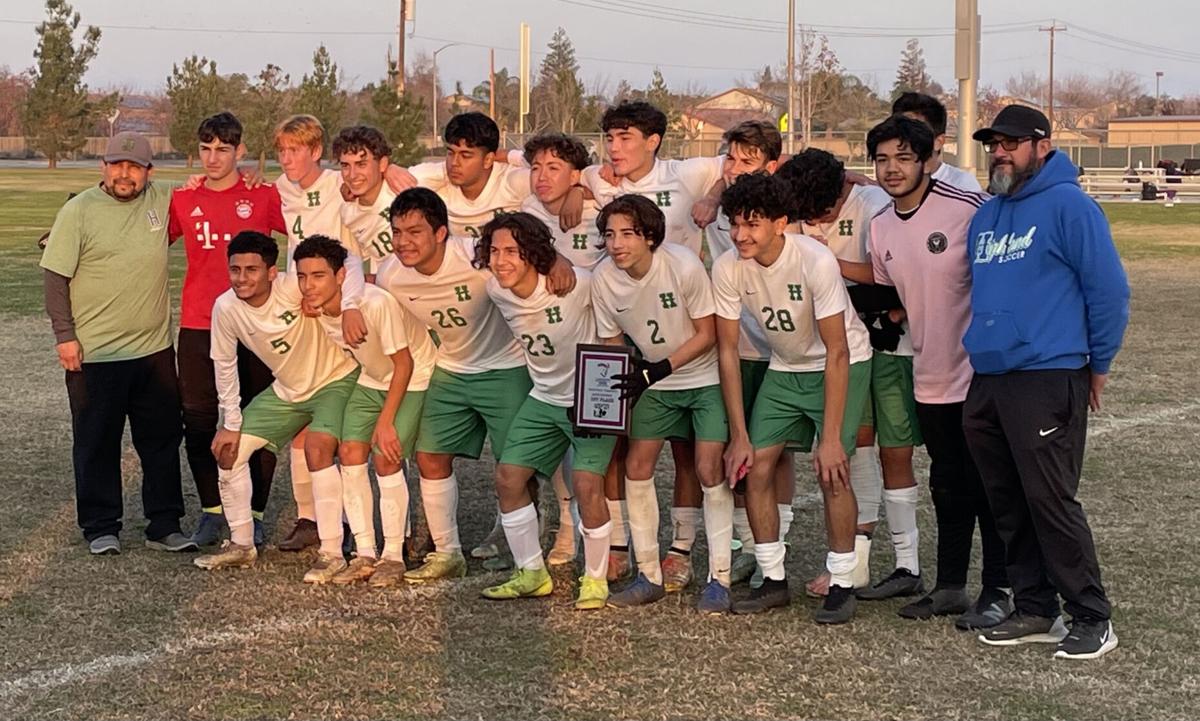 Highland's boys soccer team poses with their plaque after beating Ridgeview to win the Patriot Division at Liberty's soccer tournament on Saturday.

Highland's boys soccer team poses with their plaque after beating Ridgeview to win the Patriot Division at Liberty's soccer tournament on Saturday.

When the Wolf Pack scored under two minutes into its championship match against Highland — a defense that had allowed just three goals in 11 games — it looked to keep that momentum going.

But although Ridgeview stayed on the attack all game Saturday afternoon at Polo Park, even after going down a man, the Scots held firm. Meanwhile, senior Kevin Tello netted a pair of goals against the run of play to earn Highland a 2-1 victory and first place in the Patriot Division.

"We've actually had to bounce back a few games," Scots coach Daniel Felix said. "We already knew this was going to be a tough one because we have players gone, players injured, players in different positions."

Both teams entered with two wins and a draw in their three games at the tournament. This was the third meeting between Highland (7-3-2) and Ridgeview (7-3-2) in just over two weeks, with the previous two games a 1-1 draw and a 1-0 Highland win.

"Same results, we've been lucky," Felix said. "They're a great team. ... We've been in the right place at the right time."

The Scots hadn't allowed a goal to Tulare Union, McFarland or Stockdale, making Luis Gil Maravilla's second-minute opener for Ridgeview all the more surprising. Ryoma Yamaguchi found open space and spun a perfect cross to Gil Maravilla, who headed it to the top left corner for the 1-0 lead.

Throughout the opening minutes, Ridgeview stifled the Scots in midfield and produced one attacking chance after another.

"Our pace on the ball, movement off the ball, that's what we need to improve on," Felix said.

The Wolf Pack earned back-to-back corner kicks halfway through the first half, and on its second attempt a pair of Highland defenders had to head the ball out of the goalmouth.

The first time the Scots got a remotely promising chance, however, they immediately converted it into a goal, albeit indirectly. Tello outran Brian Marquez for a loose ball on the left side of the box. The pair got tangled up, both were knocked to the ground and the referee signaled for a penalty kick. Tello put it home to the right side past the outstretched arms of Jonathan Salazar.

The equalizer seemed to slow the Wolf Pack briefly, but after halftime Ridgeview was back on the attack. Nine minutes in, forward Chris Chavez Sanchez saw the ball bounce at the outside of the box, whipped around and fired a missile that flew just over the bar.

But moments afterward, it was instead Tello scoring again for Highland from a standstill, with a long floater that arced over Salazar to make it 2-1.

Ridgeview's comeback chances were dealt an apparent blow ten minutes later when Yamaguchi was sent off for slamming into Scots keeper Matthias Williams as he picked up the ball. The Wolf Pack did not immediately appear to realize that Yamaguchi had been shown a red card, and sent in a substitute.

While Highland's coaches cried out indignantly from the sideline, Gil Maravilla earned a shot from point-blank range that passed Williams but hit the crossbar.

Williams had to deny Gil Maravilla yet again, this time with a diving save to the right, in the 60th minute, as the Wolf Pack's intensity only seemed to ramp up as the game continued. But the final minutes elapsed and Ridgeview still trailed when the whistle blew.

"We just got a couple of unlucky calls, unlucky bounces," Ridgeview coach Phil Collignon said. "They defended really well. We attacked pretty much the whole game."

For Felix, even with the victory, this year's Scots team is only beginning to take shape.

"We've had good teams the past two years," he said, "so we just need to get back into the groove."

Both teams have a break before beginning league play, as Ridgeview travels to Tehachapi and Highland goes to North on Jan. 4.