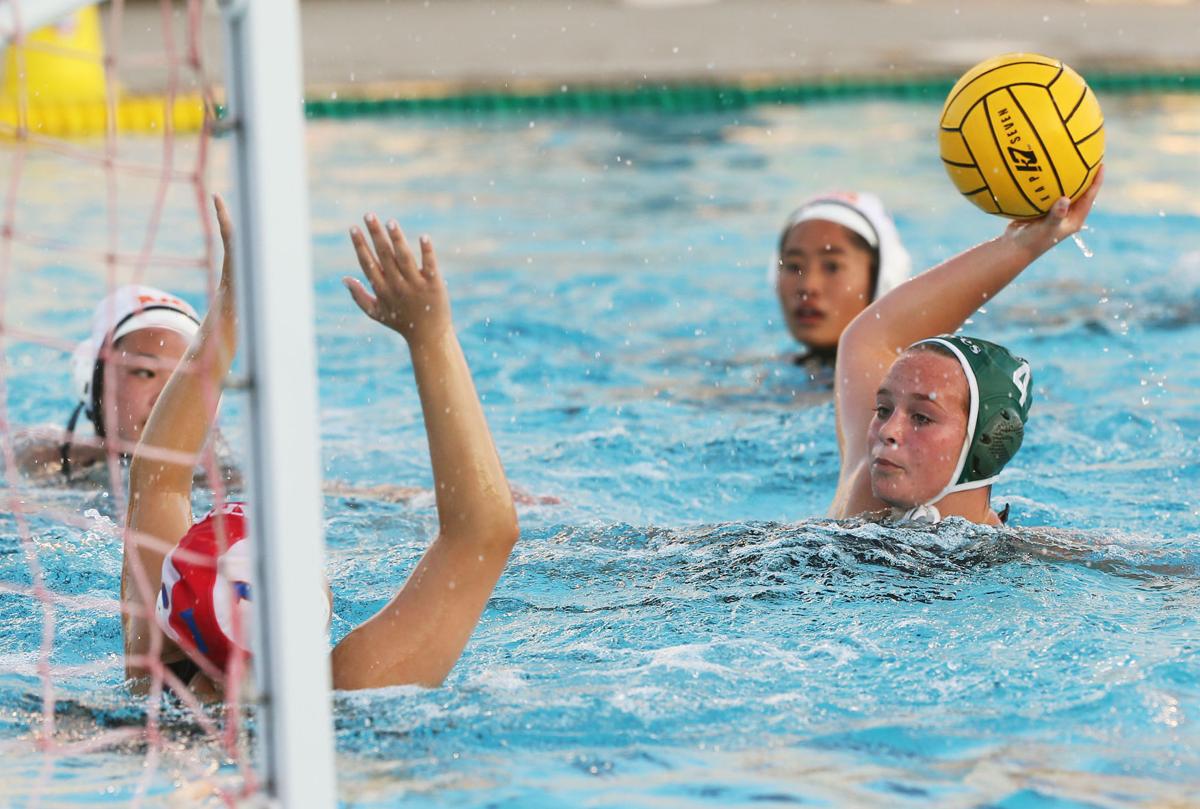 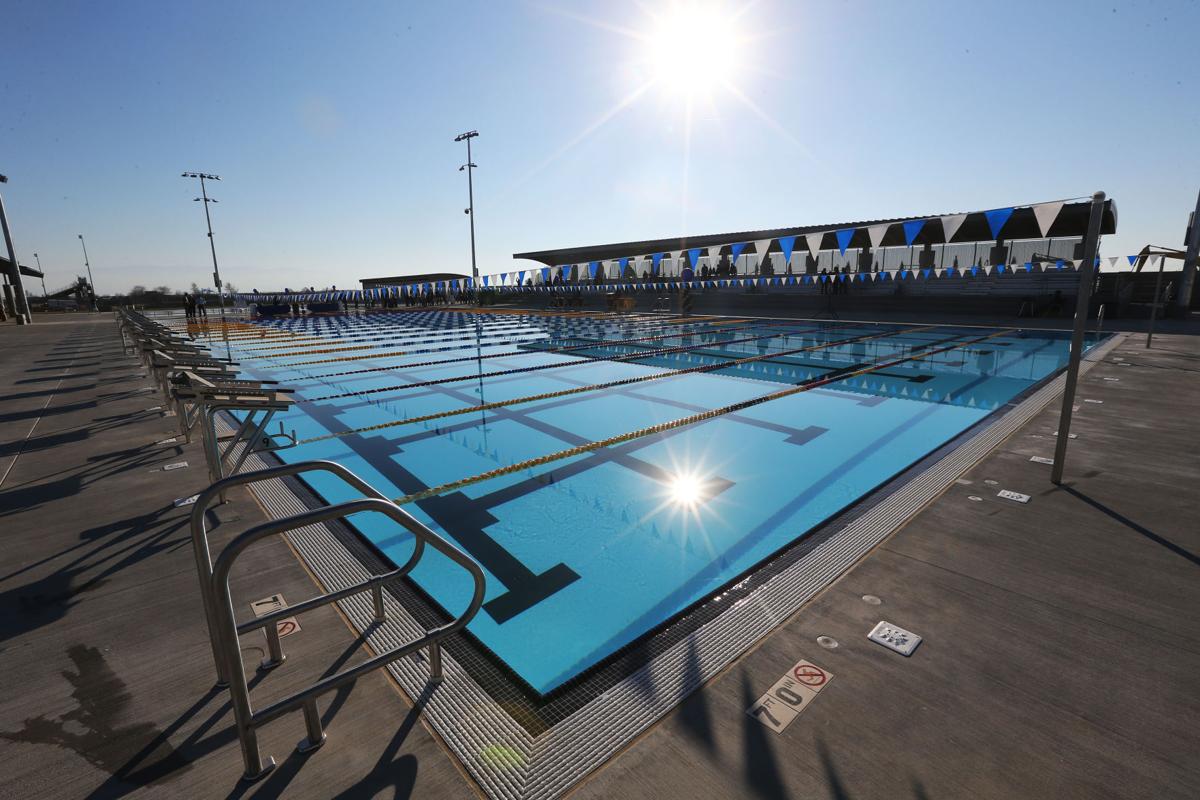 The Kern High School District convened a ribbon-cutting ceremony for the KHSD Aquatic Complex on Feb. 6. The complex is located at 7301 Old River Road at the southwest corner of Old River and Berkshire roads. It will support local and regional competitive events for swimming, diving and water polo programs. 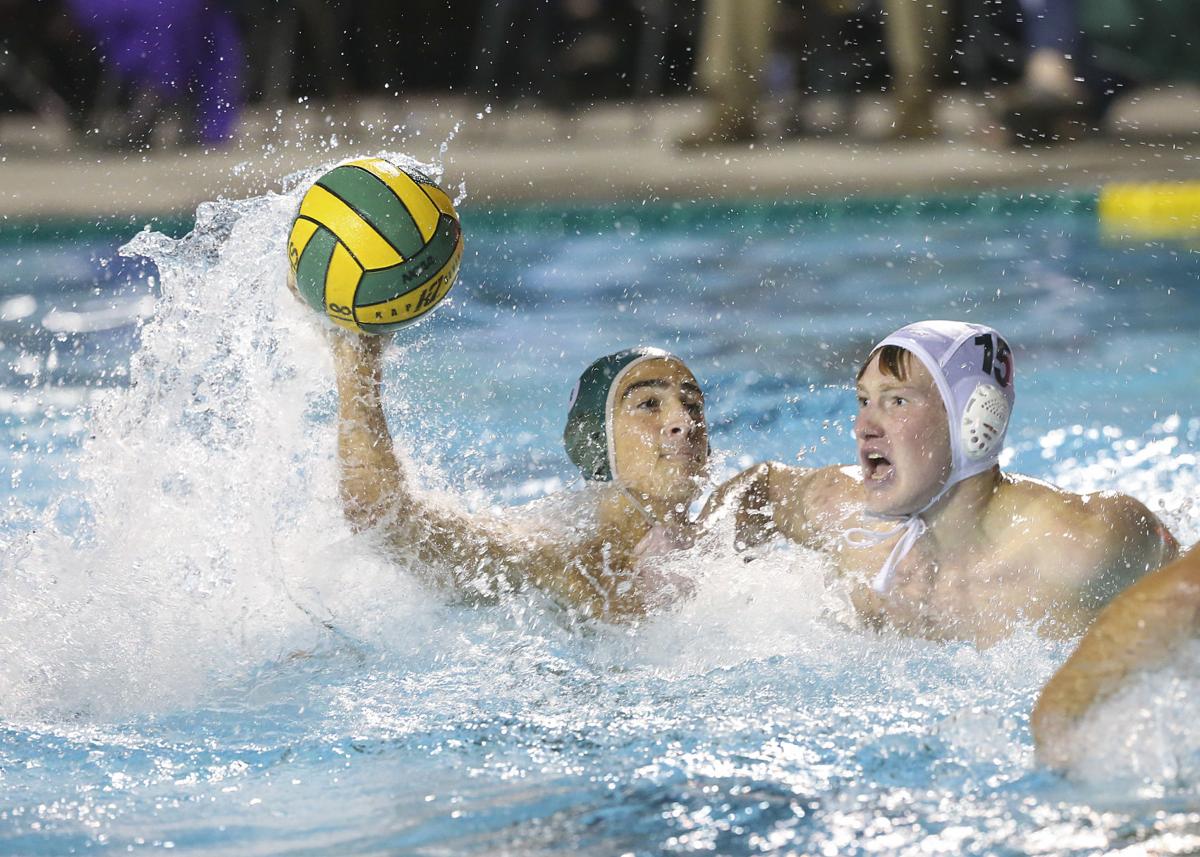 The Kern High School District convened a ribbon-cutting ceremony for the KHSD Aquatic Complex on Feb. 6. The complex is located at 7301 Old River Road at the southwest corner of Old River and Berkshire roads. It will support local and regional competitive events for swimming, diving and water polo programs.

Despite growing popularity throughout the state, water polo has gotten off to a bit of a slow start in Kern County.

Cal State Bakersfield and Taft High folded their water polo programs in 2017, and prior to this season, only Garces and Bakersfield Christian were fielding high school teams.

Things appeared to be turning around in January when the Kern High School District approved the addition of water polo to its schools, just a few weeks before the completion of the $14-million Kern High Aquatics Center.

But when the COVID-19 pandemic forced school closures, cancellations and postponements, it created havoc for even the most stable sports. Start-up sports like water polo were, well, dead in the water.

But as the fog begins to lift and fall athletes have slowly been cleared to return to campuses, KHSD water polo programs are beginning to pick up momentum. Bakersfield, Centennial, East, Frontier, Highland, Independence, Liberty and Stockdale are gearing up for their inaugural seasons.

"I look at this like, ‘Oh gosh, finally,’” said Catherine Lugo, KHSD aquatics program coordinator. “There were a bunch of people before me that made strides toward bringing water polo here. When I got hired, I think I was kind of like the final piece to make this program start because they needed somebody to oversee the facility, but they also needed somebody with a water polo background with enough comprehension to start a new program at many high schools all at once.”

Lugo, a 2011 Garces graduate, played for the Rams on the first high school water polo team in the area when the sport was introduced in 2008. She is now charged with helping schedule, organize and sometimes even train and certify the faculty and staff of eight new programs. It’s a daunting task, but she is eager to do what is necessary, working with the KHSD staff, school athletic directors and coaches.

“I’m more impressed with everyone’s adaptability, because these last couple of weeks have definitely been, ‘how can we make these programs and still maintain all these safe requirements,’” Lugo said. “But we actually have them in place now.”

Lugo also expects the interest in the sport to grow.

“It’s one of those things that when you start a new sport, it’s going to gain traction over a period of time, not immediately,” Lugo said. "Some schools are kind of waiting to see how that first season goes."

Lugo’s interest in the sport grew as a swimmer and was fostered by her former Garces coach, Petra Koudelkova-Robles, a former standout player at CSUB who coached the Rams from 2008 to 2017.

Now Koudelkova-Robles will look to build another program from scratch as the new girls water polo coach at Stockdale.

“I actually waited for Kern High School District to add water polo for quite a time, even when I was at Garces,” Koudelkova-Robles said. “It’s a flashback to when we started water polo at Garces 12 years ago. So it was just exciting news that they are starting (a program) again. I’ve already done it. There is nothing that I am afraid of. It’s just exciting news and an opportunity for our community, so if there was an opportunity to jump back on the train, then I was going to take it.”

Now she hopes that Kern County can make up ground on other areas where water polo has been popular for decades.

“It will bring a bigger awareness of what the sport is all about," Koudelkova-Robles said. “Ten out of 13 players on the Olympic team are coming from California. So water polo is very well known in California and the United States, but being in Kern County we were a little bit behind. So what I’m hoping is to just introduce the sport to the rest of the community that was not really aware of what water polo is. So we just have to catch up to the rest of the state. And I think to introduce high school water polo to more than just two schools in this city is what (we need).”

Stan Greene, the director of student services at the KHSD, shares in her excitement, and feels adding another water sport addresses a need in the area.

“We’re excited to be able to offer another sport; another water sport,” Greene said. “I just think that in this town in particular, over the past 20, 30, 40 years, I don’t think the attention has been paid to water sports that’s necessary. So I think part of that for us was we saw a need in the swim community. There are a lot of kids that participate in swim and they wanted to expand into another sport, water polo. And it just made logical sense.”

Although teams are unable to start conditioning until Nov. 9, coaches are hard at work getting prepared.

“Budget, costs, figuring out how to get this program going …” said Bill Ferguson, a former standout swimmer at CSUB, who was hired as Stockdale’s boys water polo coach two weeks ago. “It’s just going to be a numbers game for a while.”

Despite the administrative challenges, Ferguson is looking forward to helping to grow the sport in Kern County, and feels the addition of eight new teams is an important first step in accomplishing that.

“Water polo just hasn’t been that big in Bakersfield,” Ferguson said. “I know we have a couple of clubs, but I’m hoping that this will kind of revive and revitalize swimming and water polo in Bakersfield and Kern County.

“Swimming and water polo are really big in California. So to have water polo come to all the high schools will make that influence grow and really expand. And I’m really looking forward to that. I have friends that coach water polo outside of Kern County and I think it’s really great to see that the sport is potentially going to grow in Kern County. And I’m excited to be a part of it.”