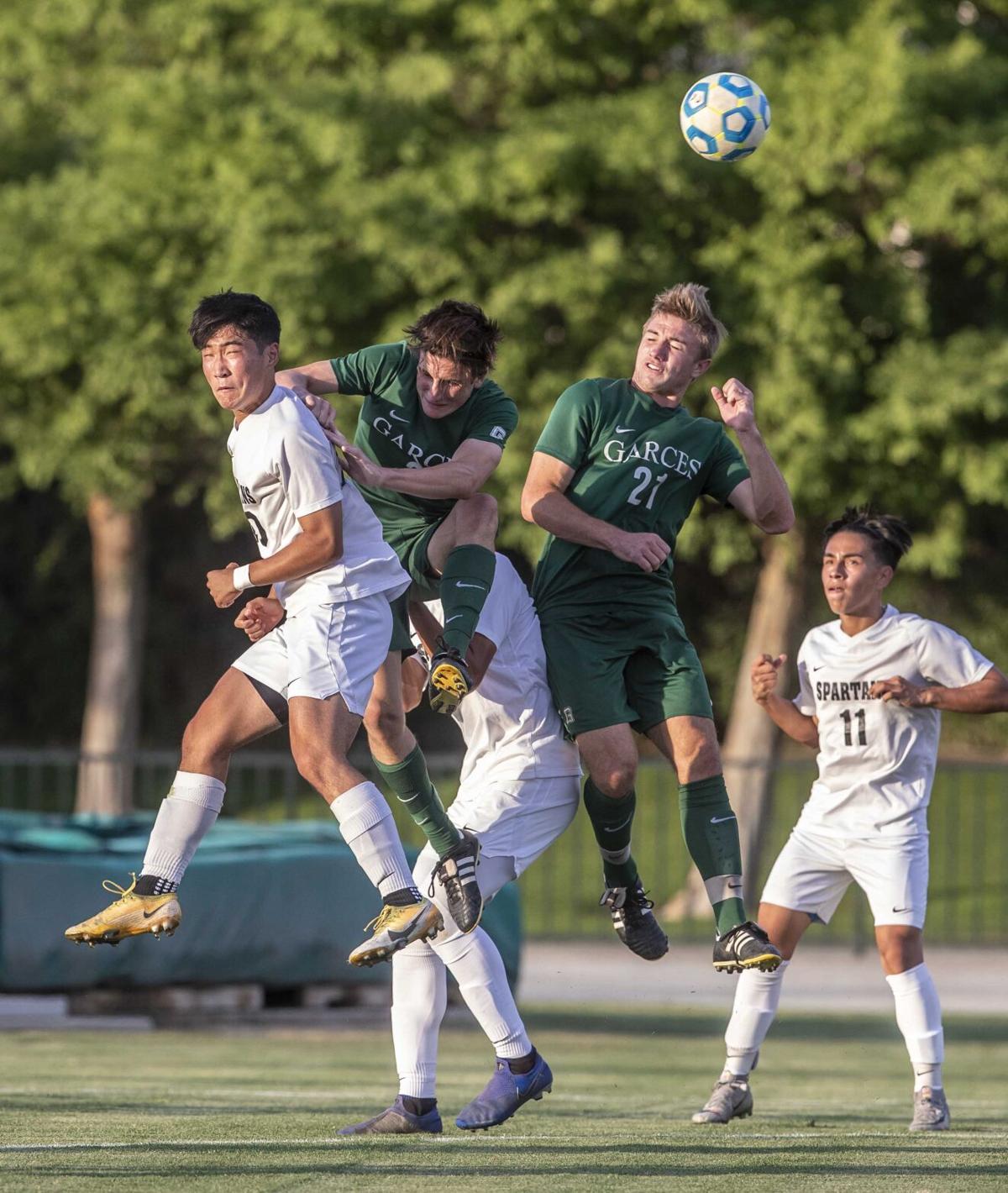 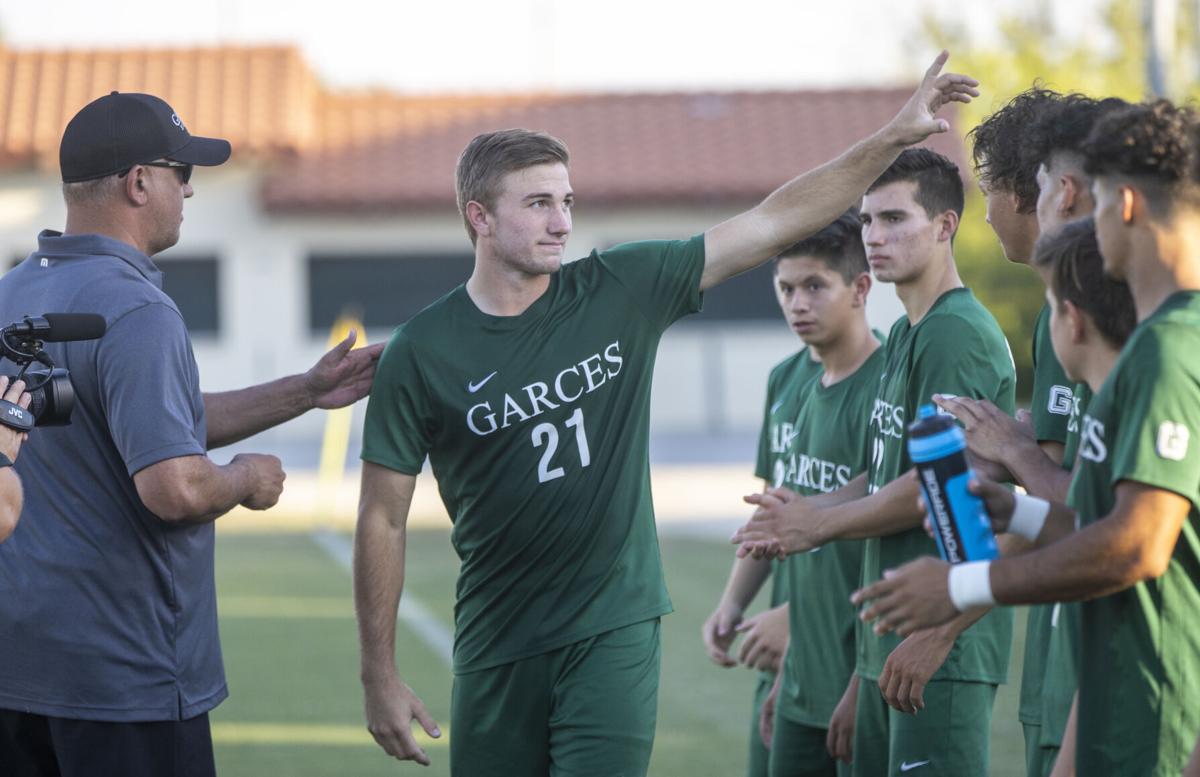 With an impressive list of individual and team accomplishments already secured, Fletcher and Palmer Bank started their senior year at Garces with another accolade on Wednesday morning.

The Banks twins, who have collectively helped guide the Rams to a Southern California Regional soccer championship and three Central Section titles in three seasons at Garces, verbally committed to each play at Stanford next year after receiving an offer from Cardinal head coach Jeremy Gunn, and followed that decision with an announcement on social media.

“I'm pretty excited,” said Fletcher Bank, who is two-minutes older than his brother. “I feel like it’s very special that we get to go together because for the past 18 years we’ve had such a special connection, and we’re like best friends and always there for each other. So to have each other and to always encourage each other, and not (potentially) feel as homesick or get as nervous going away and being away from our parents, I think it’s really special.”

"The Lord has blessed me with an incredible opportunity that I've dreamed of for years," he said in a text. "This achievement is a testament to Bakersfield, which flourishes with amazing teachers, coaches and friends. I'm excited for the future and can't wait to be on The Farm."

The decision to attend Stanford was an easy one for the brothers. The school had been actively recruiting the Banks the past two seasons, according to Fletcher Bank.

“The academics are just a huge part,” said Fletcher Bank, who is currently running on the Garces cross country team for the fourth straight year to stay in shape for soccer. “It’s one of the best schools in the country, if not the best school … The coaches were able to give me a tour of the campus and it’s just beautiful. The weather up there is amazing, it’s close to home, which is special, to be close to my family. And just overall I feel like it was just the right fit for my brother and I.”

Fletcher Bank, a three-time BVarsity All-area midfielder, had 16 goals and 27 assists for the Rams last season, following up his sophomore campaign when he had 11 goals and four assists.

“Fletcher is an amazing player and an amazing person,” said Rams co-head coach Hassan Halevy. “He just has a vision. He can see the entire field. He plays, honestly, like I’ve never seen before. He’s so good on the ball. His touch, his vision … He’s just a complete player, and he’d make any coach happy.”

Palmer Bank, a two-time BVarsity All-Area defender, who also earned first-team honors as a goalkeeper his sophomore year, was equally as impressive keeping Garces’ opponents in check. He had 14 shutouts as a goalie and helped his team record 10 shutouts in 15 games this past spring.

“Palmer is the complete package, as well,” Halevy said. “He’s physical, he’s talented, he’s got the skill, he’s got the vision. He can ping a ball 60 yards if he needs to, he can make the hard tackle. He’s a leader. He’s a captain. And he’s a team player. When you talk about him playing goalkeeper. He stepped up because we didn’t have one … I didn’t want to do it because he’s so valuable on the field, but the fact that he stepped into it and was so successful at it, just kind of shows his personality and the kind of person that he is.”

Collectively, Garces is a combined 65-6-4 during the Banks’ tenure at the school.

“It’s been a special time at Garces the last three years being able to compete for state championships,” Fletcher Bank said. “I never thought in high school I’d be able to do that. But it’s just been so much fun. Garces has really helped to push me and my brother to keep improving and keep seeking out going to play at the next level.”

Shafter senior quarterback Tyson Dozhier, the BVarsity All-Area co-player of the year in the spring, is planning to have surgery on his broken collarbone suffered in the second quarter of Friday’s football game at Highland.

Dozhier suffered the injury while playing defense on the Scots first scoring drive midway through the second quarter of Highland’s 20-13 victory. Dozhier hurried off the field in obvious pain and was treated by on-site personnel before being transported via ambulance during halftime.

Dozhier received an offer to play at the University of St. Thomas in early August and another from Whittier College three days ago.

Buckey on the recruiting radar

In two games this season, Buckey has 11 tackles, including seven solo, a sack and three quarterback hurries for the Patriots (2-0), who host Hayward-Stellar Prep on Friday night.

The Independence softball program is looking for a head coach and assistant for its frosh-soph team for the 2022 season, according to Falcons varsity coach Mike D’Amato.