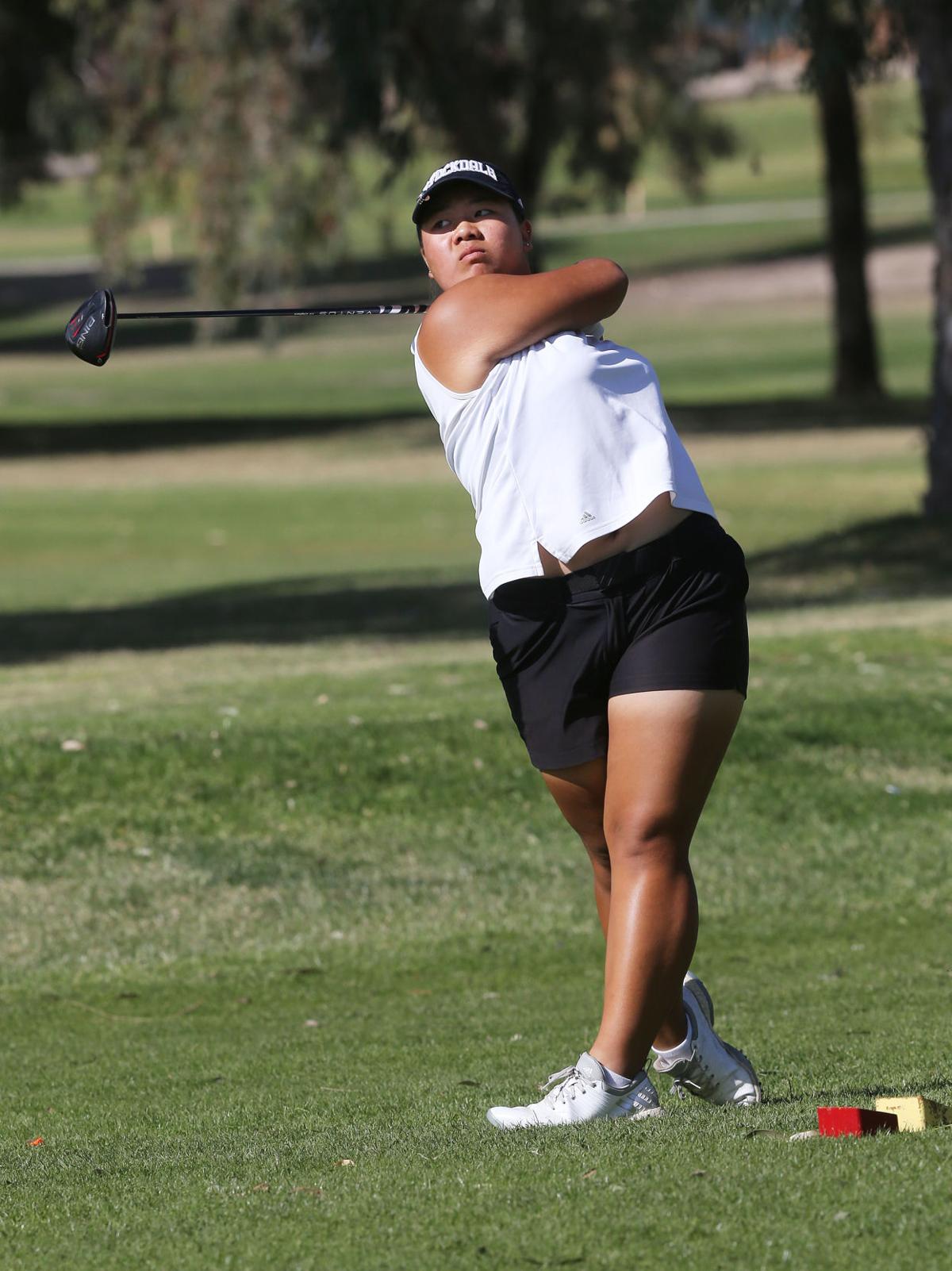 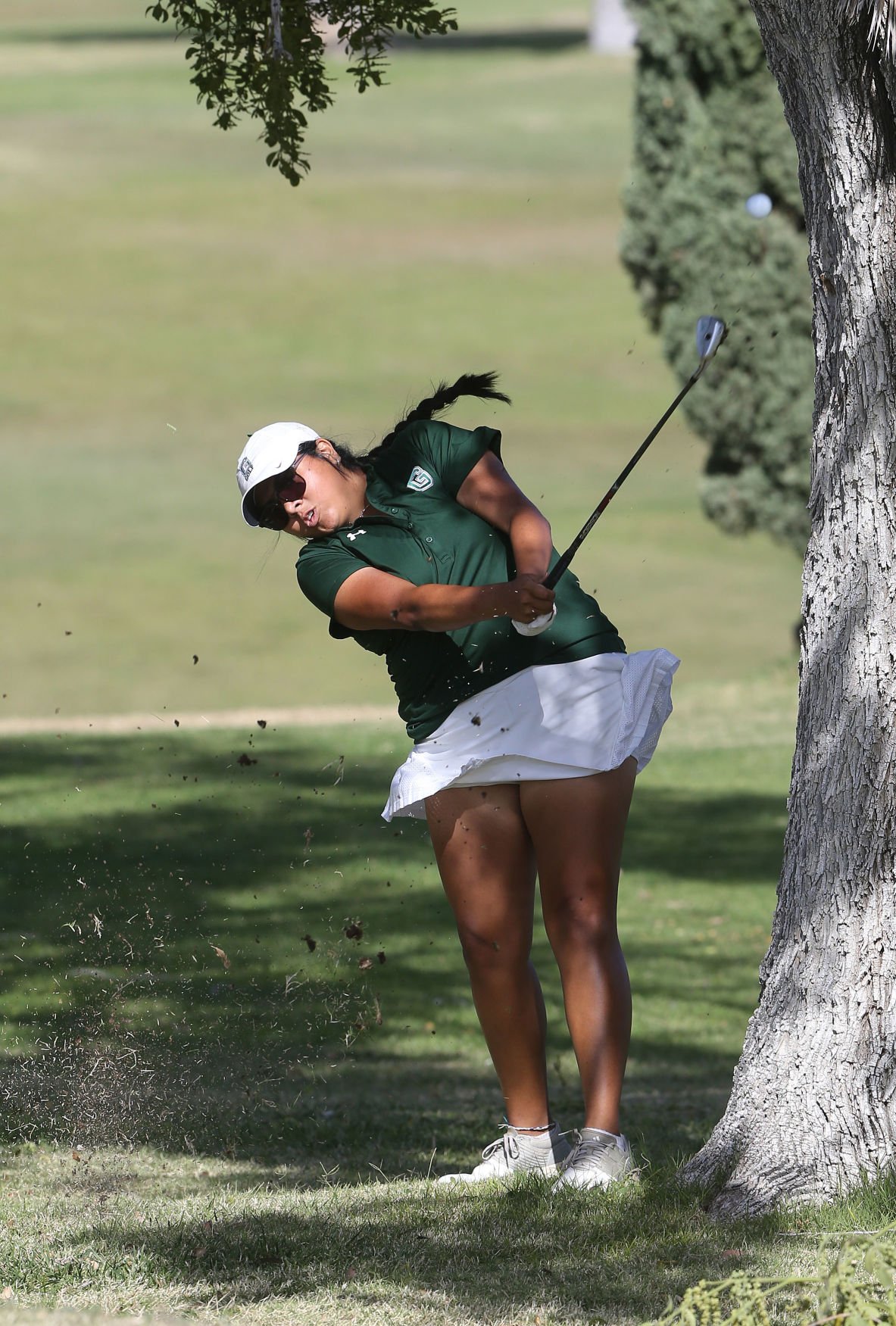 Julianna Escobedo, of Garces, hits her second shot on hole No. 12 Tuesday at the South Area Golf Championships at Buena Vista Golf Course. 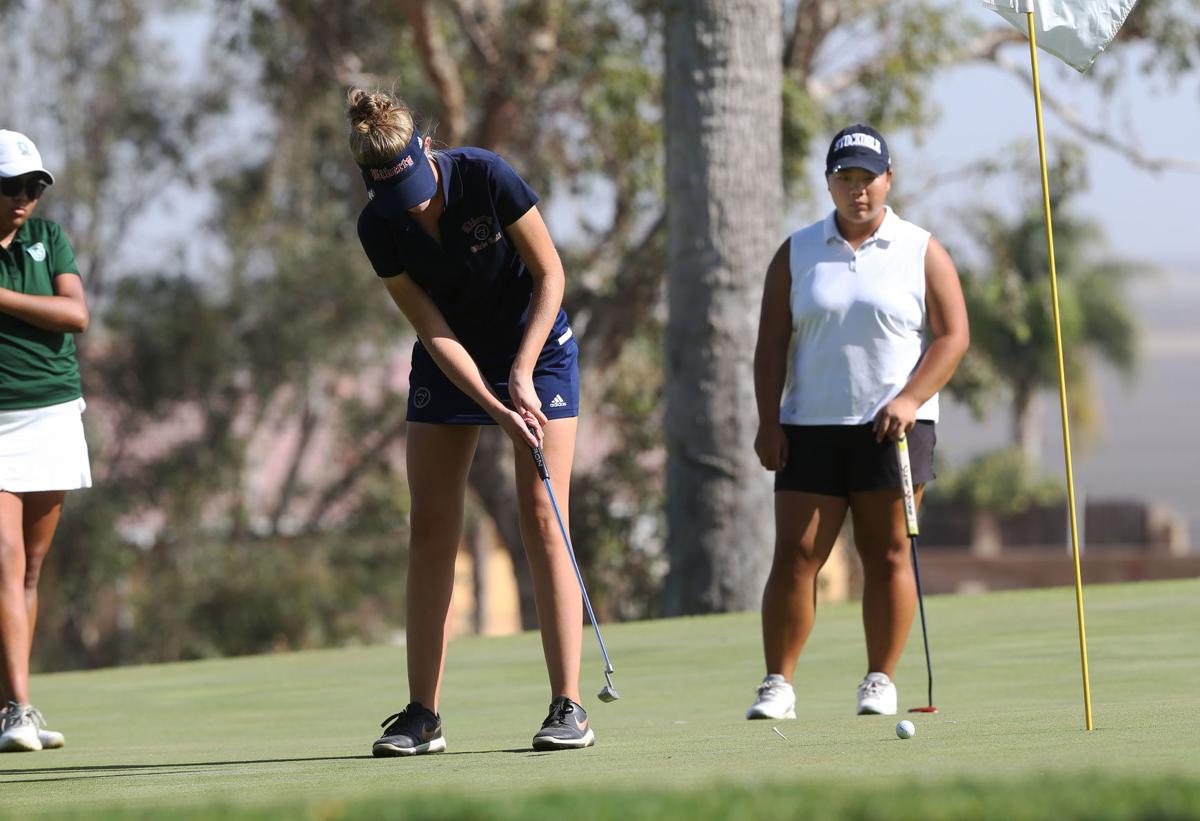 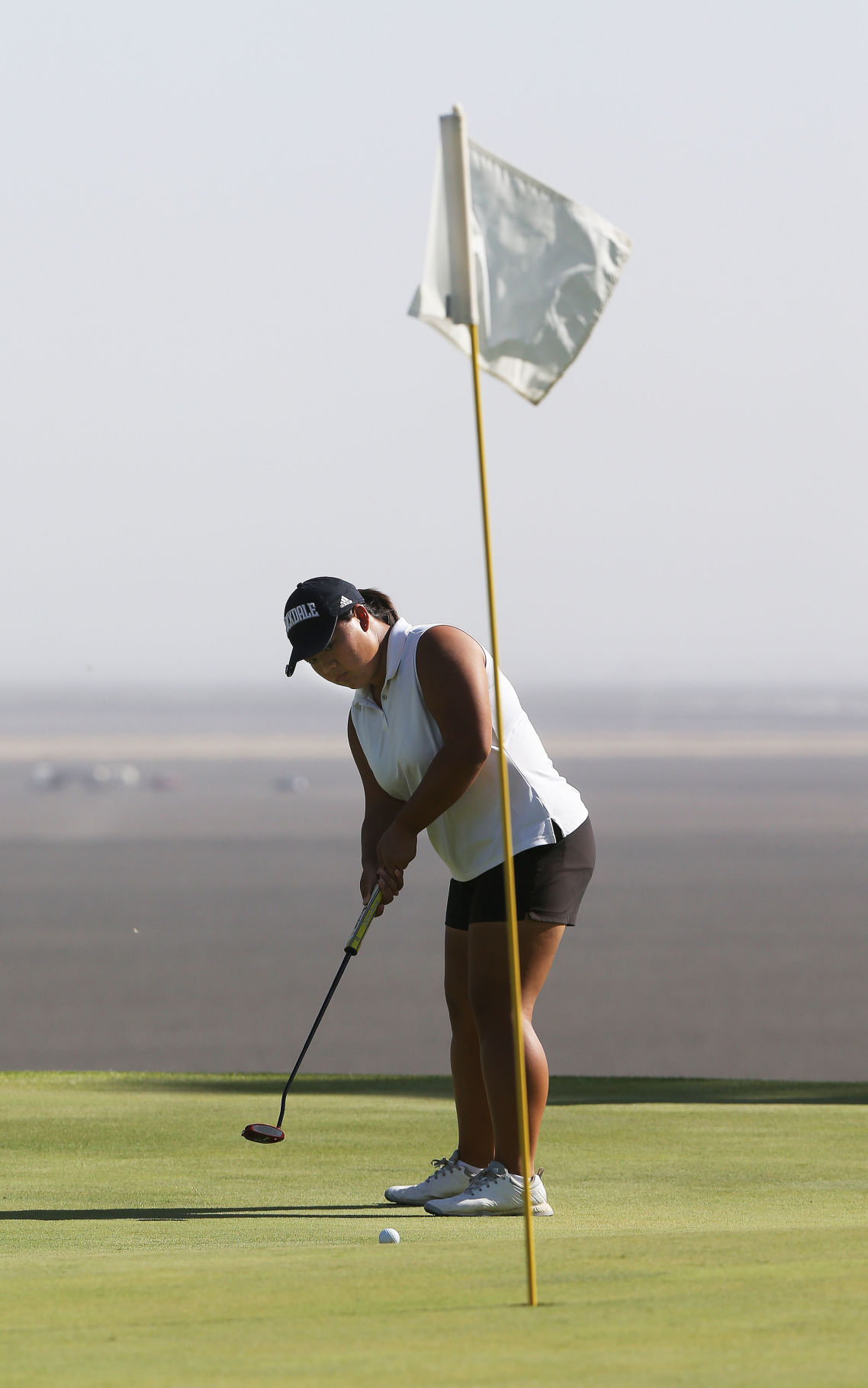 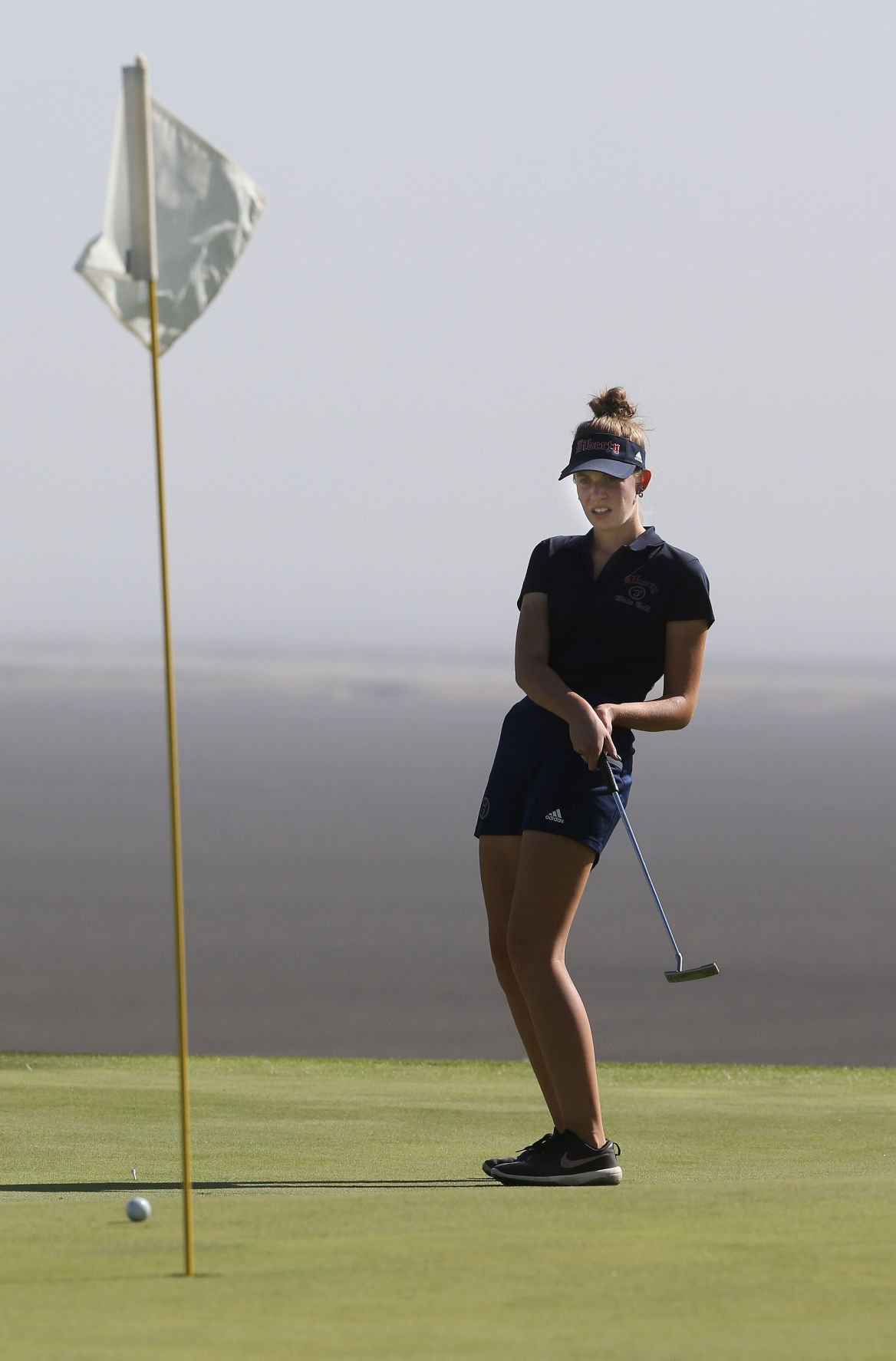 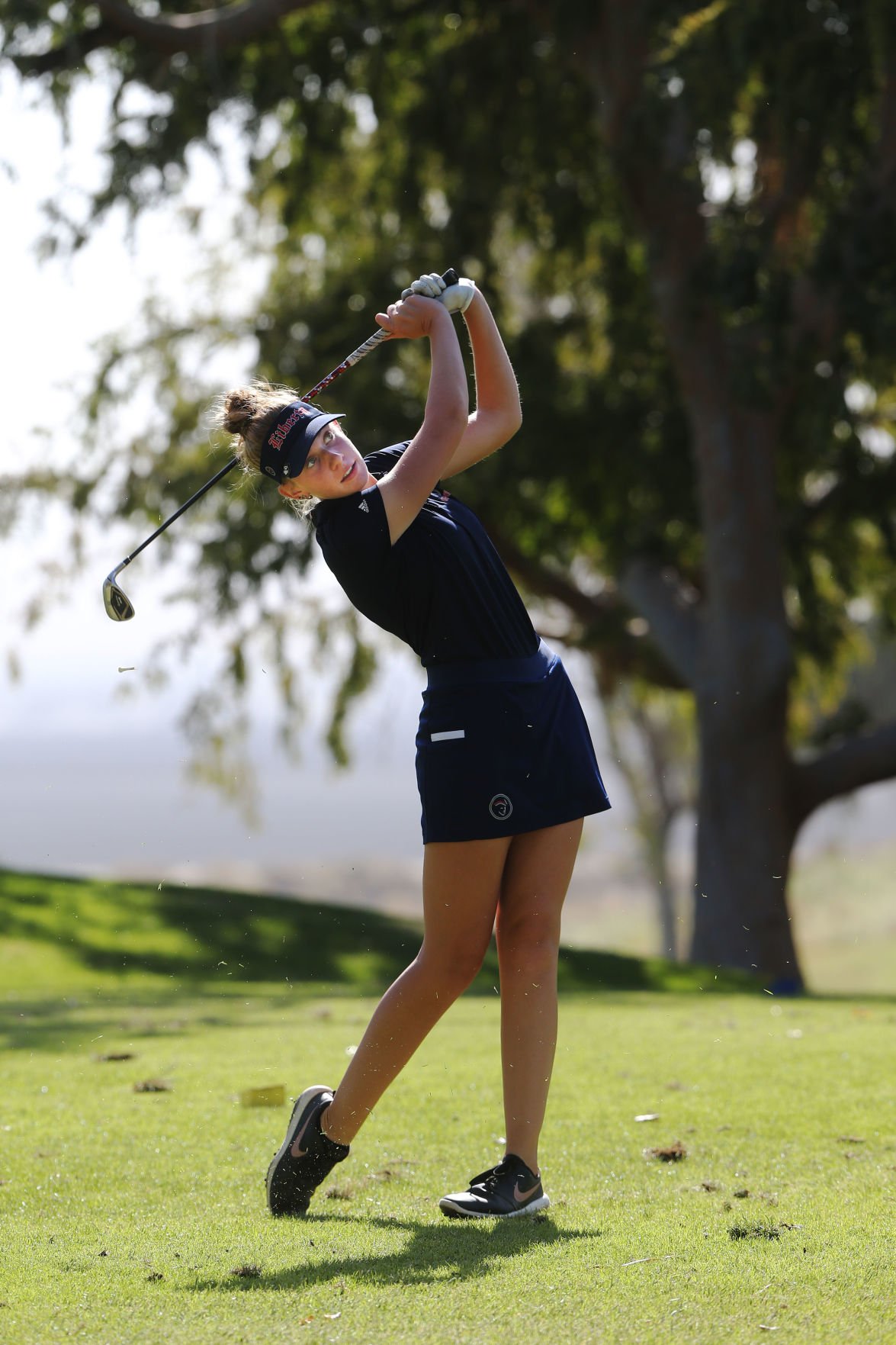 Julianna Escobedo, of Garces, hits her second shot on hole No. 12 Tuesday at the South Area Golf Championships at Buena Vista Golf Course.

Although it may have been hard to tell by looking at her, Iris Han was not happy with her start at the South Area girls golf tournament on Tuesday afternoon.

That’s understandable, especially after Stockdale’s soft-spoken sophomore was 3-over par on the first two holes at Buena Vista Golf Course.

But following a little bit of encouragement from Mustangs coach Nick Kaiser, it didn't take Han long to turn things around.

Trailing by three shots with six holes to play, Han's steady play down the stretch enabled her to pull away with a 78, good enough for a four-shot victory to advance to next week’s Central Section championships in Porterville.

“She was a little upset and I calmed her down,” said Kaiser of Han, who three-putted the first hole from 15 feet from the pin and then bogeyed No. 4. “I told her to make a par on the next hole and she played good from there on. She had one bad swing, but other than that, she played great. She was solid.”

Led by Maci Mills' 85, Frontier won the team title with a 472, followed by Liberty (511). The two teams qualified to compete in the section championships along with Han, Julianna Escobedo from Garces (86), Centennial’s Jaidyn Eldridge (89) and Kendall Chao from Bakersfield Christian (93).

“I’m so proud of her,” said Kaiser of Han. “She puts the work in. She was gone all weekend playing in a tournament down in L.A. She’s a great girl, she’s very humble and she listens. It’s just a pleasure to coach her.

“This last loop is really hard and I told her I think if you just make pars it’s going to be really close. I mean par is a good score today, with the wind and where the flags are at, and just the pressure, really.”

After starting on hole No. 3 with a shotgun start, Han made the turn four shots behind Liberty’s Regan Barton.

Barton, the defending South Area champion, birdied her two of her first three holes and held the lead for most of the round, despite a painful double-bogey on No. 10.

The Patriots senior birdied No. 14 and picked up another stroke on Han on 15 before the course began to get the best of her.

“My putting was really good today, and my iron shots were good when I set myself up with a good drive,” Barton said. “I had a good chance of hitting it close.”

But she ran into trouble on the par-4 18th hole. She had to hit her approach shot from a divot under a tree, skied the ball over the green and then three-putted for a 7. She closed the round with consecutive bogeys to finish with an 82, four shots behind Han.

“I was doing really good and I had a lot of confidence, but then I hit a couple of bad shots and it messed with me pretty bad,” Barton said. “That 18th hole was no good.

“I was very happy at the beginning. I thought it was my day, but I had some bad breaks. But I’m super proud of Iris. I’m very happy for her. She’s awesome.”

Han birdied No. 10, shook off a double-bogey on No. 14 and parred five of the last six holes to clinch the title.

“My driver was probably the best club in my bag,” Han said. “I started off pretty bad, and then I just grinded it out.”

Kaiser added, “Her strength for sure is off the tee. She’s very straight. She’s always in play. It’s like any sport. The first pitch in baseball is important, the first down in football is always important. I think the driver is the most important club in the bag because it sets everything up. I’ve seen her go through rounds where she’s hit 14 out of 14 fairways.”