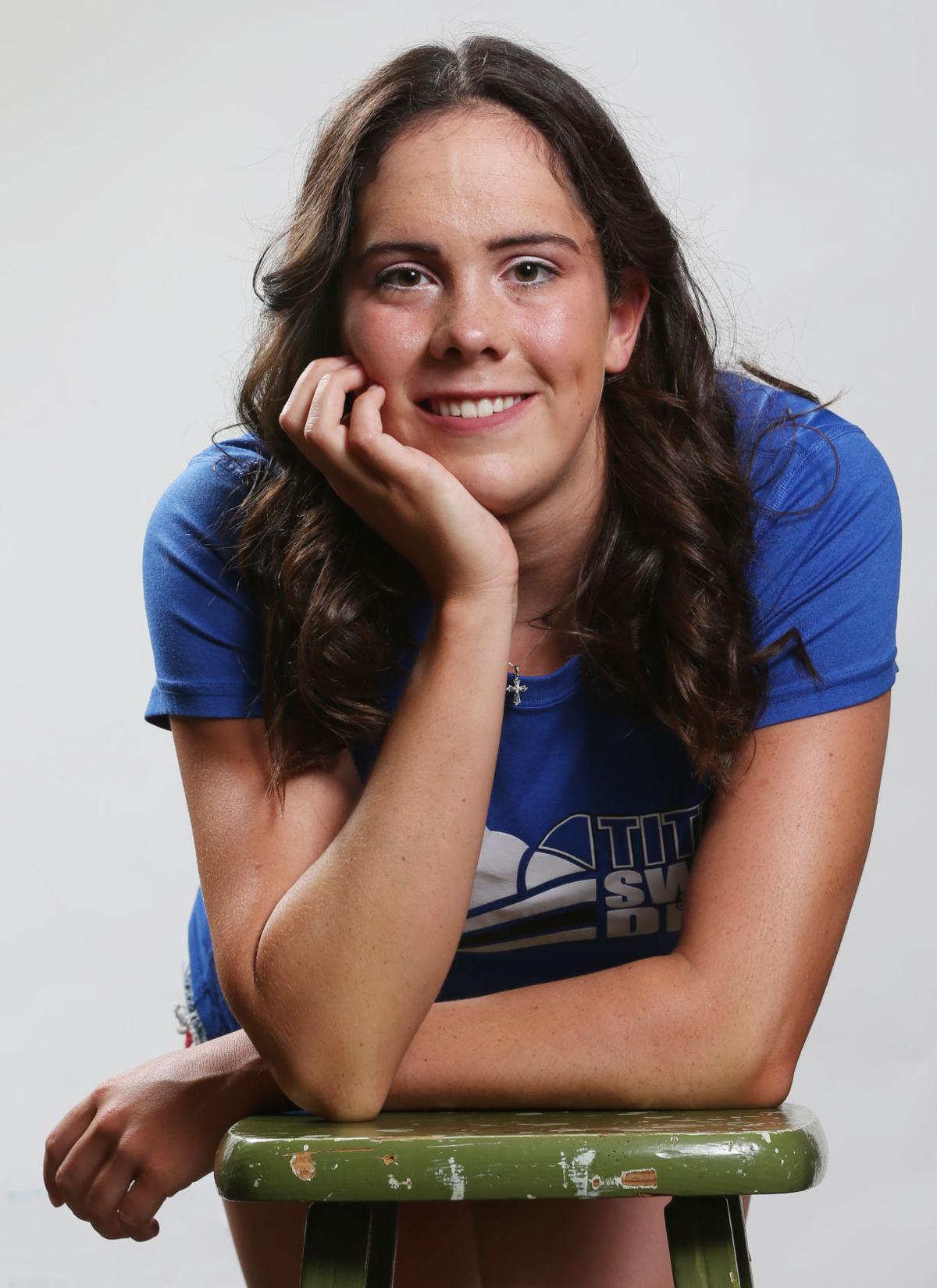 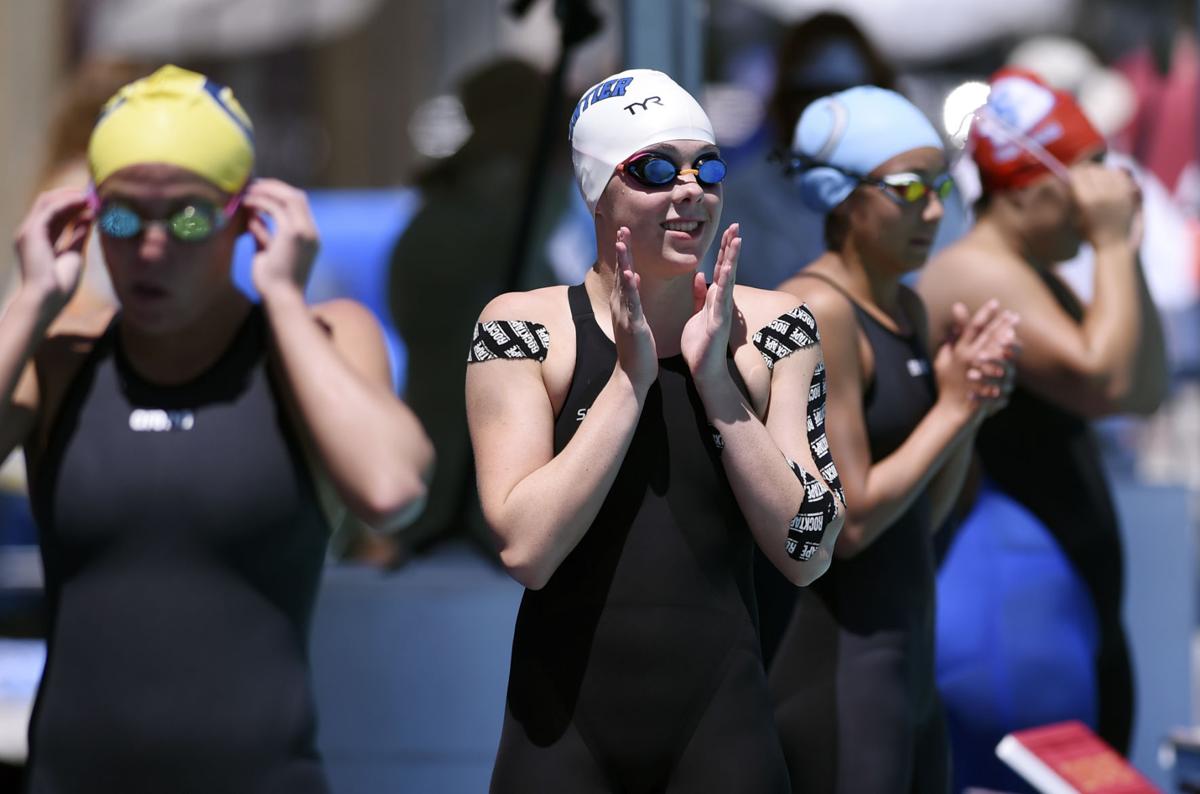 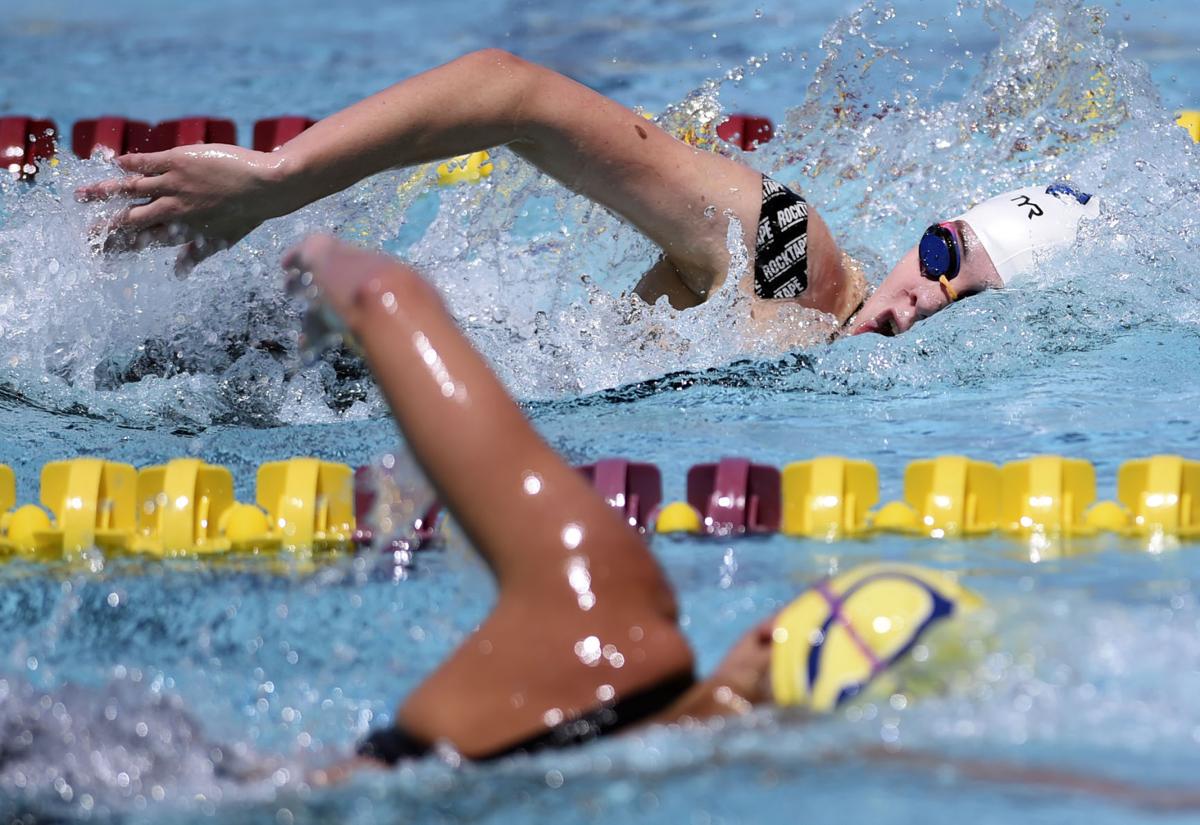 Frontier’s Ariane Skeggs, top, is the 2017 BVarsity girls swimmer of the year. 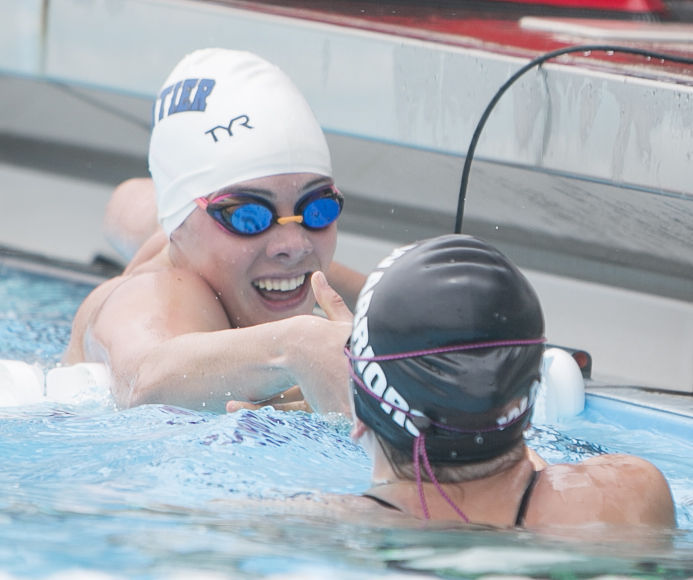 Frontier’s Ariane Skeggs, top, is the 2017 BVarsity girls swimmer of the year.

Every time Ariane Skeggs jumps in the water at the start of a race, the only opponent she is focused on beating is the clock.

The Frontier junior isn’t concerned with the girls she’s swimming against, only with reaching the pre-determined time goal she’s set for herself.

It’s a methodology that has worked extremely well for the 2017 BVarsity Girls Swimmer of the Year.

During her three-year prep career, Skeggs has racked up six individual Southwest Yosemite League titles and six medals from the Central Section Championships.

She’s placed third or better five times at the section meet, including a second (200-yard freestyle) and a third (500 free) this year.

Skeggs and Frontier teammate Kassidy Lemminn were the only two Kern County girls to qualify for the state meet this year.

The two raced against each other in the 200 free at both the section and state meets, with Skeggs defeating Lemminn, the two-time reigning Girls Swimmer of the Year, both times.

Despite posting a time (1:53.05) more than a second slower than her mark at the section meet (1:51.84), Skeggs finished in 22nd place at state. Skeggs also qualified to compete in the 500 Free at the state meet but decided not to swim in both events.

“I don’t care what place I come in as long as I’m improving,” Skeggs said. “Swimming is always me against the clock, trying to improve my times. It’s not judged or anything. It’s just me and a clock in the pool.”

More times than not, Skeggs won the battle against the clock this year. She reached one of her biggest goals, breaking 1:52 in the 200 free.

“That was the highlight of my season, looking at the board and seeing my time (at the section meet), because I had been working so hard for it,” Skeggs said.

Both Skeggs and Frontier coach Justin Young attribute her success to a lot of hard to work.

“This was definitely her (Ariane’s) breakout year,” Young said. “She’s one of the hardest workers I know, and I think this is just kind of the beginning.”

Skeggs, who moved with her family from Perth, Australia, to Bakersfield eight years ago, competed in gymnastics, not swimming, before coming to the U.S.

She didn’t started swimming competitively until just before her freshman year of high school.

Skeggs proved to be a quick study. Her freshman year she won two individual SWYL titles and then took third in the 500 free and eighth in the 200 free and at the section championships.

“I’m very determined and hard-working,” Skeggs said. “It’s a lot of effort. You just have to stick with it… I’m always setting goals for myself to get better and better as time goes on.”

Skeggs has shown marked improvement throughout her high school career. She’s lowered her personal records in the 200 free and 500 free each year.

One thing that has helped Skeggs progress so quickly to an elite high school swimmer is her involvement with Roadrunner Aquatics, which she joined three years ago.

“It helps me because it gives me lots of different people to train with,” Skeggs said. “It’s always like a competitive push among the team, as a group, trying to make each other better.”

Skeggs’ goals for her senior season including qualifying for Junior Nationals and continuing to improve.

Young believes Skeggs is on track for a big final season of prep swimming.

“I think there is still more room for improvement,” Young said.

“She’s gotten physically stronger this year, and if that continues, I think she’s going to get even better next year.”