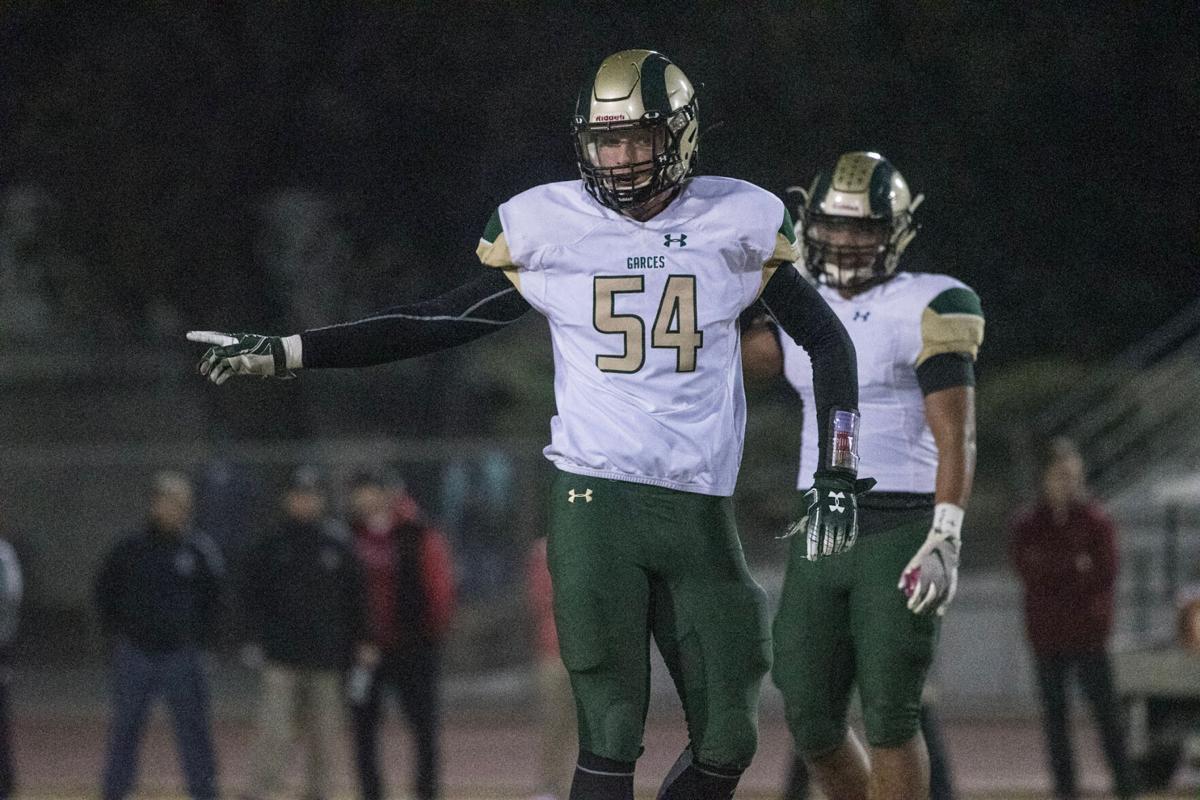 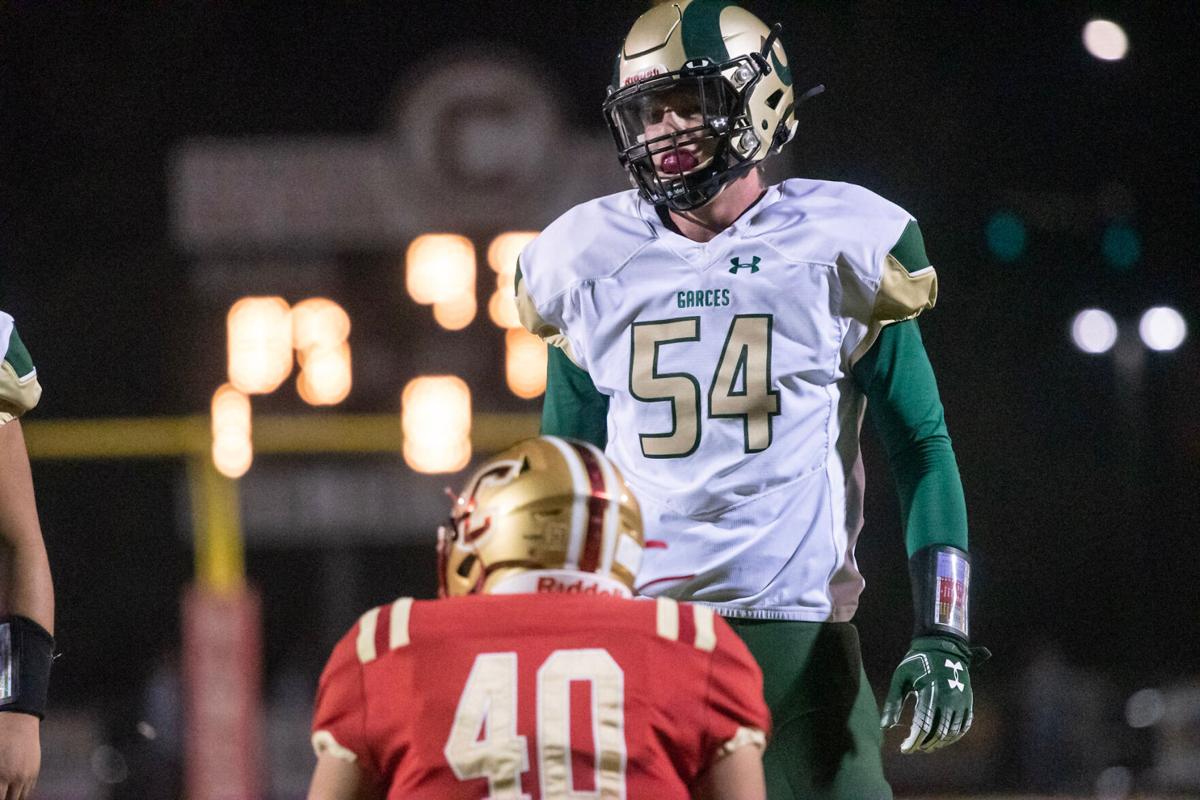 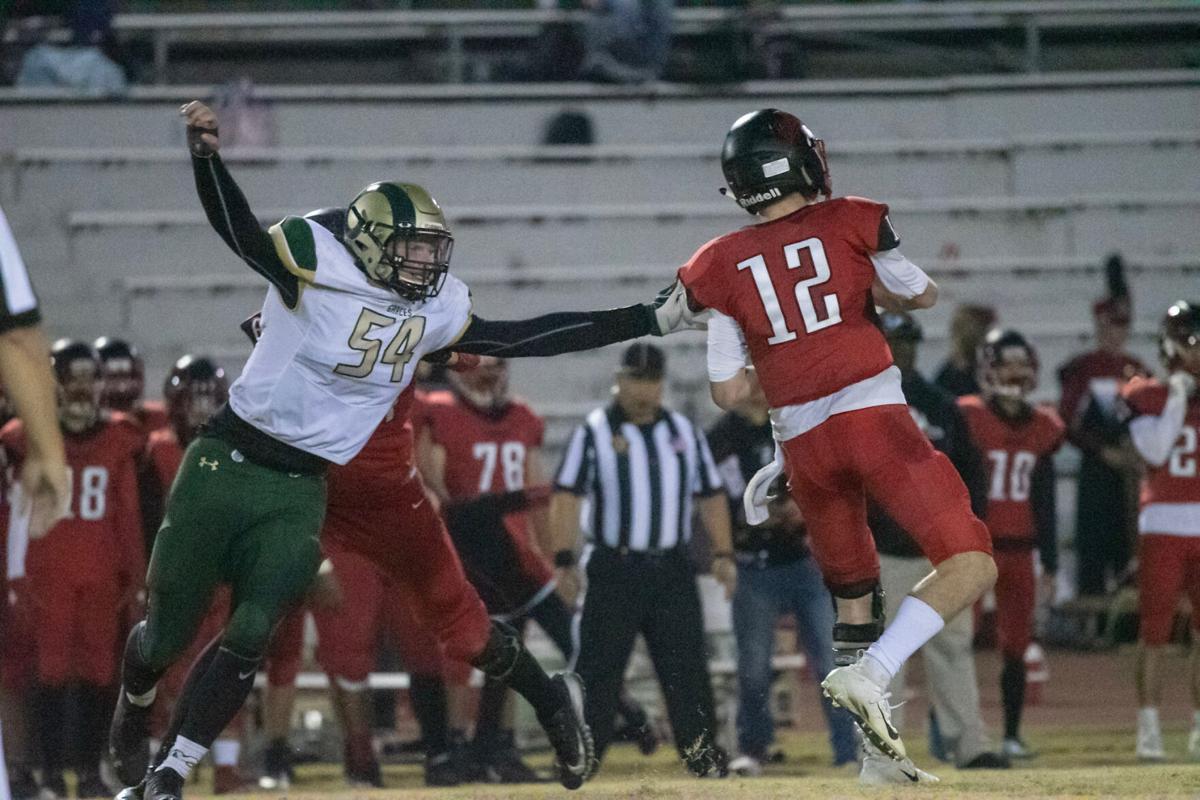 For many high school seniors, the prospect of going away to college can be a bit intimidating.

But for Garces’ two-sport star JJ Uphold, travelling to a new city is nothing new.

Prior to moving to Bakersfield at the start of the seventh grade, Uphold and his family moved around quite a bit, bouncing from Indonesia to Kuwait, then Bangladesh and Calgary.

So when the 6-foot-5, 235-pound senior received an offer to play football at Wyoming, changing scenery was never a concern. He committed this weekend to play in Laramie, where he’s expected to play on the defensive line for the Cowboys.

“Since I moved a lot and lived in so many different places, I’m more comfortable and able to adapt to moving somewhere that is different,” said Uphold, whose father, Don, is a chemical engineer for an oil company, a career that forced him to move frequently. “I’m more used to moving and being able to make new friends and things like that.”

Committing to play college football wasn’t really in the plans when Uphold first arrived on the Garces campus in 2017. Despite already standing 6-5 and 200 pounds, Uphold had never even donned pads and a helmet.

“He never played youth football or anything like that, so football wise he’s young,” Garces football coach Paul Golla said. “He’s got a lot to learn, and what’s awesome about JJ is, he wants to learn; he’s hungry to learn. So I just think his upside potential is tremendous.”

His sport of choice had always been basketball — and he excelled.

He started at center on the varsity squad as a freshman, just a few weeks after finishing his first season of football, where he played linebacker for the Rams’ frosh-soph team.

His progress was stalled the following year when he tore ligaments in his left ankle while filling in as an offensive lineman during the JV season opener. Uphold sat out a few games and then tried to return to the gridiron, but the pain was too much for him to handle. Doctors finally determined that he had suffered torn ligaments, ending his season.

“I tried to still stay in there and play,” Uphold said. “But it was really painful. After that first game I could barely walk on it. It was really swollen and it looked really gross. I tried to come back, but it just wasn’t getting better.”

Basketball season was also filled with disappointment for Uphold. He broke his hand early in the year and was not cleared to return until a week after Garces was eliminated from the playoffs.

Despite missing out on critical experience, Uphold made a huge impact for the Rams in his first varsity football season, making 35 tackles, including five for a loss.

“He’s a guy with a lot of speed off the edge and he’s long,” Golla said. “At the next level he’d be a great defensive end. Also with his body type he’s somebody that could slide out and play tight end. I’m just lucky that decision is not my problem, because he’ll play both ways for us.”

Uphold’s return to the basketball court was also impressive. He averaged a team-high 12.5 points and 9.2 rebounds per game to help the Rams to a 21-10 record, including a 57-54 victory over SWYL champion Bakersfield High in the final of the SYC tournament.

“He’s an incredible teammate and he’s willing to give himself up for the team. He’s always been one of the hardest workers, so he for sure leads by example. And he’s got a great competitive spirit.”

His success in basketball and emergence as a budding football star forced Uphold to make a difficult choice when thinking about his future. But with limited offers in basketball, Uphold chose football, a decision he’s excited about.

“Leading up to me making the decision I had a little nervous feeling in my stomach,” Uphold said. “But as soon as I did it, it went away and I felt really relieved and happy. My future is kind of set and I know where I’m going to go.”

Ok, but those BROWN uni's. Ouch.