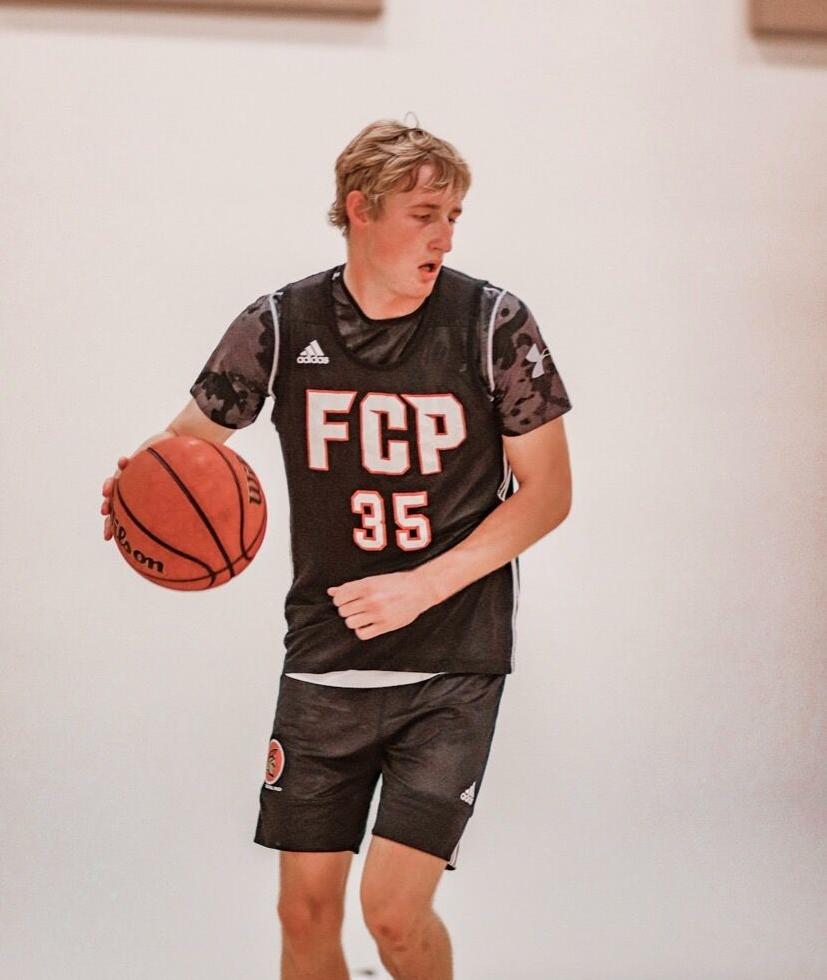 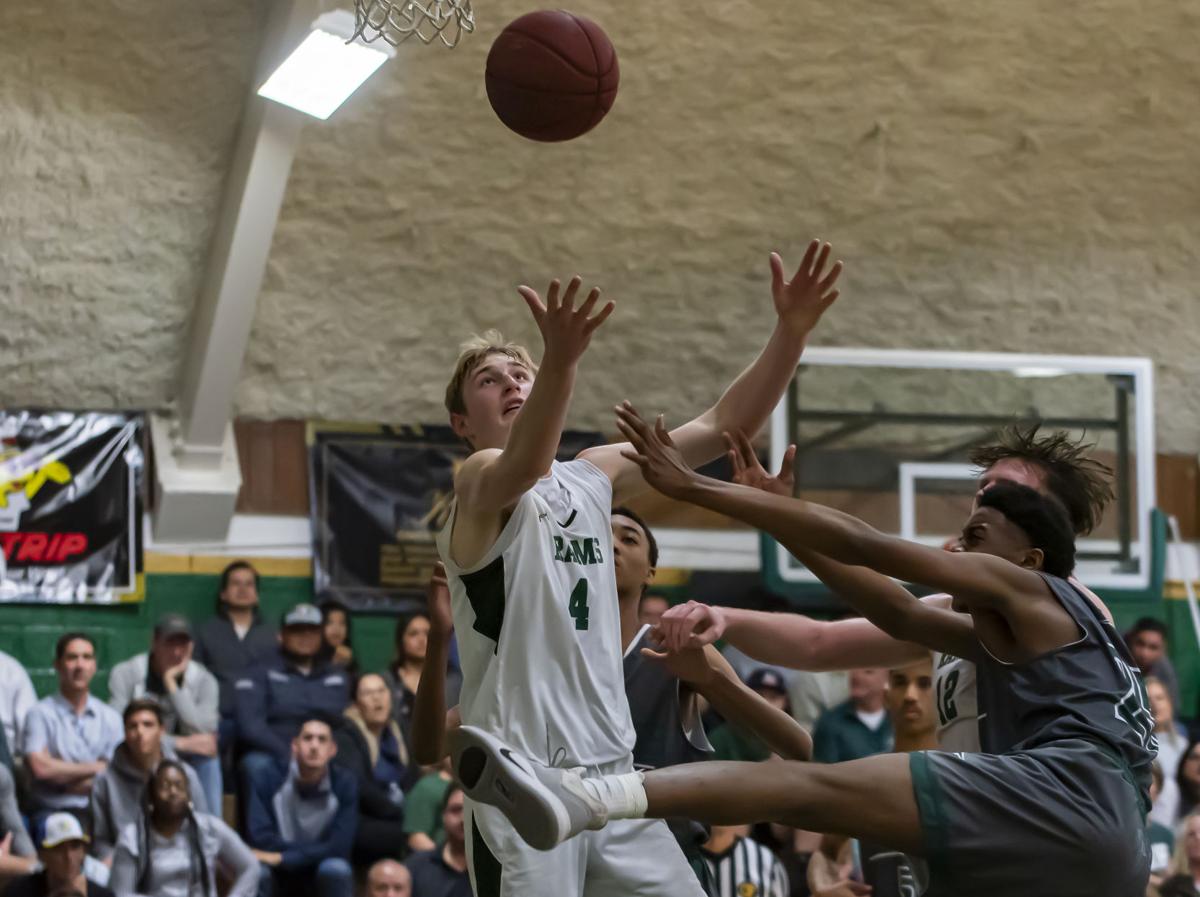 Jack Hatten (4) of Garces goes after a rebound against Hoover during the Central Section Division 3 semifinals Tuesday at Garces. 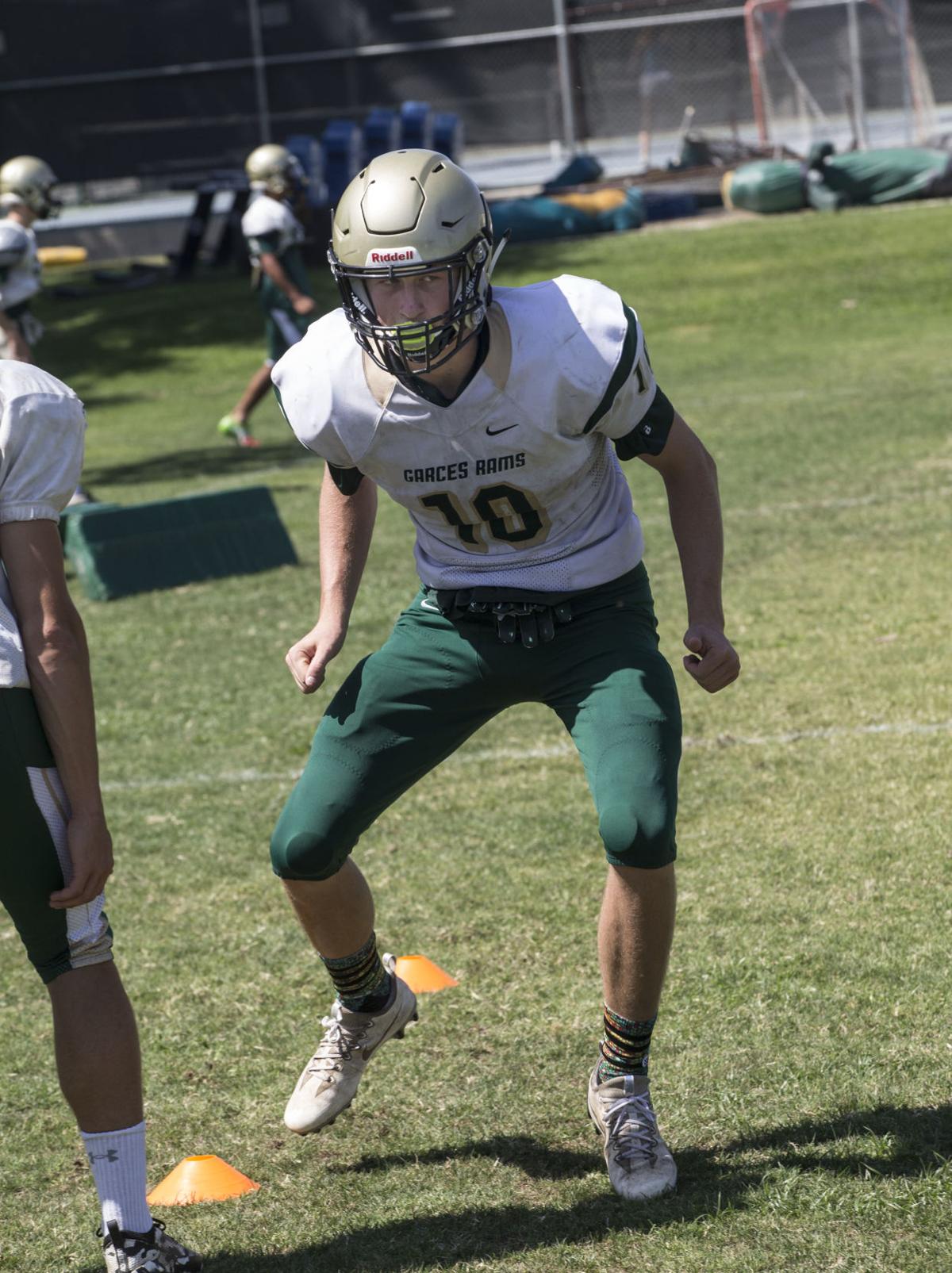 Jack Hatten (4) of Garces goes after a rebound against Hoover during the Central Section Division 3 semifinals Tuesday at Garces.

A two-sport athlete at Garces, Jack Hatten had a solid, if not flashy varsity career playing football and basketball for the Rams.

But despite respectable numbers, Hatten had few — if any — offers to extend his playing career in college. And with the COVID-19 pandemic playing havoc on recruiting, the 6-foot-6, 200-pounder had to get creative, and it appears to have worked out thus far.

With the help of a recruiting specialist, Hatten found a new home for this season — playing basketball 2,142 miles from Bakersfield — at Florida Coastal Prep, a post-grad high school in Fort Walton, Fla.

“With COVID, it was just so uncertain, and once I heard about this prep school thing, I just thought it was the perfect opportunity,” said Hatten, who averaged 11.2 points, 5.0 rebounds and 1.4 steals per game at Garces as a senior.

The opportunity to play prep basketball in Florida wasn’t in the plans for Hatten — at least not initially. The school reached out with a direct message on Twitter and Hatten didn’t respond for nearly two weeks.

“I finally opened it and then when I heard what the coach had to say, and it just seemed like the perfect situation,” Hatten said. “All my coaches have professional and college experience and have a lot of connections, I mean you couldn’t go wrong with this.”

And Florida Coastal Prep coach Lee DeForest couldn’t be happier. Hatten has received heavy minutes in the team’s first 20 games of the season, averaging nearly 12 points per game, all the while playing against some of the top prep schools in the country, including IMG Academy and Montverde Academy, and a handful of community colleges.

“I think Jack is one of our favorite players on the team,” DeForest said. “Obviously he’s a great kid, and we love his approach to the game in terms of the intensity that he brings. Just the fight and the fire that he plays with. It really is contagious. He’s a guy that goes after every loose ball and he’s making extra plays, keeping possessions alive. He sprints back and forth.”

Hatten’s energy and style of play is something he showcased at Garces, reaching a peak late in his senior season.

Perhaps his biggest performance came in a 57-54 victory over Southwest Yosemite League champion Bakersfield High in the title game of the South Yosemite Conference tournament at North High. Hatten made three 3-pointers and finished with a team-high 20 points in the upset victory.

“I think the prep school thing is a really good thing for him,” Garces coach Brian Dignan said. “And this year it’s kind of a blessing for him that he doesn’t have to jump right into a freshman year. Where here, he can go off a do a year of prep. In California, nobody is playing games. He’s out there and he’s able to practice and play and compete, meet new guys … play with a different coach and just have a whole new set of experiences so it’s been really good for him. It seems like he’s really enjoying it.”

After making his decision to attend FCP, Hatten and his father John — who played basketball at Long Beach State — embarked on a three-day road trip across the country. They made stops in Texas and New Orleans, with John behind the wheel of Jack’s truck — as he slept in the passenger seat.

“He’s got a great personality and he loves to compete,” Dignan said. “I think he continued to develop physically all through high school, and I don’t think he’s done developing. One of the things with kids is there all at totally different stages of development in high school and beyond. So I think he’s still a kid who has a chance for some post-development after high school.”

While the goal is eventually find a landing spot at a small NCAA Division I or Division II school, DeForest believes Hatten has the potential to take his career even further.

“I’ve seen guys that have started out like Jack as freshmen, and then they hit the weights, and they get a little bit taller and they develop their skills with their experience over four years and have an opportunity to even play beyond college,” DeForest said. “That’s not something that would totally rule out for Jack. You just try to project guys out and where they’ll be.”

Dreams of a possible college or future professional career will have to wait. At the moment, Hatten is content to enjoy the ride this season as he navigates his third month of living on his own for the first time.

“I’m hoping to find the perfect fit after this and to get a couple of good options and choose from those,” Hatten said. “I want a school that’s going to have a fun college life and also a great basketball program. I want somewhere where I’m going to be able to stay four years.”