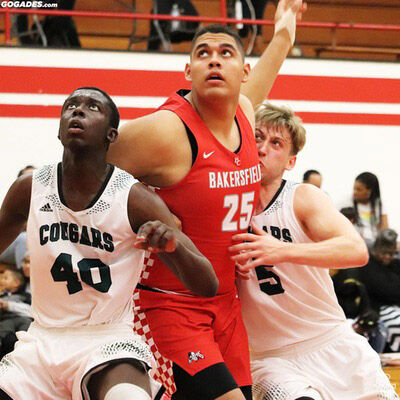 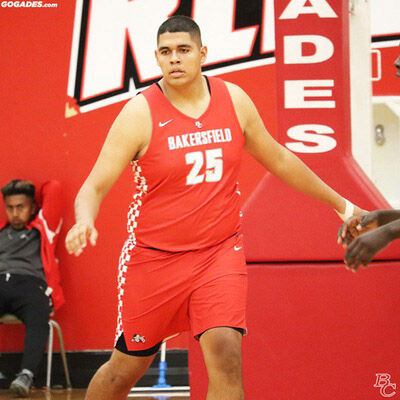 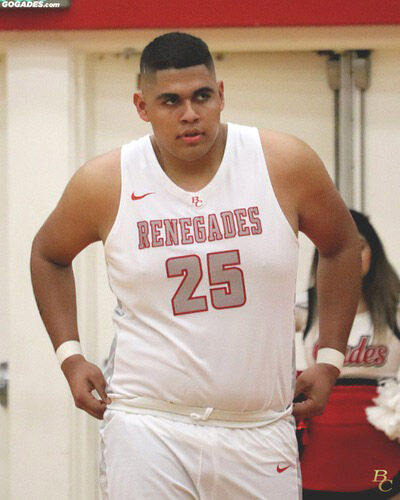 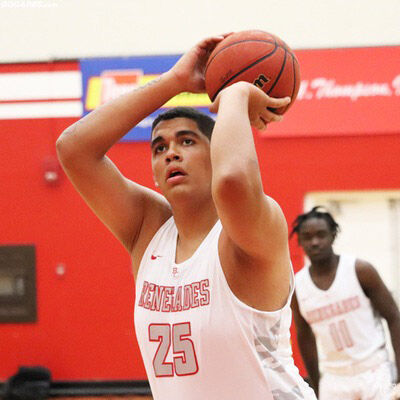 At 6-foot-9 and 265 pounds Javier Gallardo is used to standing out in a crowd. That would be the case in most circles in any city in the world.

But in his home town of Richgrove, population 2,316, and its neighboring Delano community located about nine miles to the west, he’s somewhat of a unicorn.

Simply put, there aren’t too many people with his size walking the streets where he grew up, with the slight exception of his own family which consists of 6-foot-5 father Ivan, and brothers Eddie (6'5"), Bryan (6'2") and Erik (6'7"). Heck, his mother Abelina is 5-foot-9.

“In Richgrove, there wasn’t much to do, obviously,” Gallardo said who learned to play basketball playing on the outdoor courts at a nearby middle school. “We don’t have any streetlights, or a McDonalds or nothing like that. We just had a little court at the middle school and that’s where we used to go play. There’s no gyms, no parks, no nothing like that. Delano was like Bakersfield to us. Bakersfield was like L.A., really.”

Despite his size, and a unique athleticism showcased on the football field and basketball court, Gallardo has been forced to bounce around a bit in an effort to gain interest from college coaches.

After four years of football at Chavez High, Gallardo and his family moved to Bakersfield and transferred to Liberty for his senior year of basketball. Although the Patriots had considerable success that season, Gallardo’s only four-year college offer came in football from New Mexico Highlands, located in Las Vegas, N.M, with a population of around 13,000.

Gallardo accepted the scholarship, but shortly after arriving for summer workouts, he had a change of heart. He said he had had his fill of the small town life and wanted to try something different.

He returned home and enrolled at Bakersfield College, strictly as a student. But after a year, Gallardo got the itch to return to basketball.

“Just the love that I had for basketball really,” said Gallardo, who fell in love with the game watching his older brother Eddie Leyva play at Chavez growing up. His younger brother Erik just finished his junior season at Liberty. “But I just had more opportunities in football than basketball. Everyone always tried to tell me, go football, go football, but I was like, I just have to do my own thing.”

It was there that Gallardo says he matured and grew into the person he is today. He also garnered the attention of college basketball scouts, and committed to play at the University of St. Katherine, an NAIA school in San Marcos. He is the third BC player from the Delano area to commit to a four-year college. Luis Gomez went to Texas A&M International in 2009 and Henry Galinato to Benedictine University Mesa in 2018.

“I’m proud of Javier for him to overcome all that he has overcome, and finally do it,” said Chavez, the interim basketball coach at BC. “He answered a lot of the question marks that people had over the years. Can he play at the four-year level? And he did it, quite honestly, he did it. So it’s quite an accomplishment for him.

“He’s just a phenomenal kid. He’s grown up a lot, he’s matured. When he first came here, I don’t think he really wanted to pursue basketball. Then all of a sudden he started to realize he could trust coach (Rich) Hughes and I. And our souls and our hearts were with him. And (once he realized that), he followed his heart and intuition, and (understood that) basketball could be something he could do and earn a scholarship with. (And), he did it, and I’m so proud of him.”

“The one thing that I most enjoy about Javier … for me, when you’re recruiting players you’re obviously looking for talent,” Chavez said. “For me, I look for the gene of not being jealous. The gene of jealousy lives in humans, not just in athletes, but in humans. Javier is by far the least jealous kid I have ever been around in coaching, 17 years in college and 20 years overall. He’s not jealous at all. Even in the locker room, he’s a very giving human. Javier’s numbers would be a lot better if he was a selfish human. But that’s what makes Javier such a good human.”

“I wish there were times where he shot more,” Chavez said. “There were games this year where I challenged him, ‘Javy, you have to score double-digits …’ Against Cerro Coso he had 17 (points) and 12 (rebounds) because I made him shoot more.

“I don’t think he necessarily wanted to because his personality is to always look for the other human and to see the other human succeed before him. And that’s just what makes Javier a phenomenal person. Credit to his parents and to his grandparents that they raised a phenomenal kid.”

Gallardo’s unselfishness has extended to his relationships with his teammates off the court as well, Chavez said.

“It translates where he’s always trying to help his teammates with their homework,” said Chavez of Gallardo, who earned his Associate of Arts degree in history with a 3.2 GPA. He's had a 4.0 the last two semesters.

Now Gallardo is getting another chance, with a new scholarship opportunity, something he says he intends to make the most of.

“It’s just truly a blessing to be where I’m from, and just the transitions I made, and to get a full scholarship to play the sport that I love, and get a free education and everything,” Gallardo said. “It’s just a blessing, that’s all it is.”