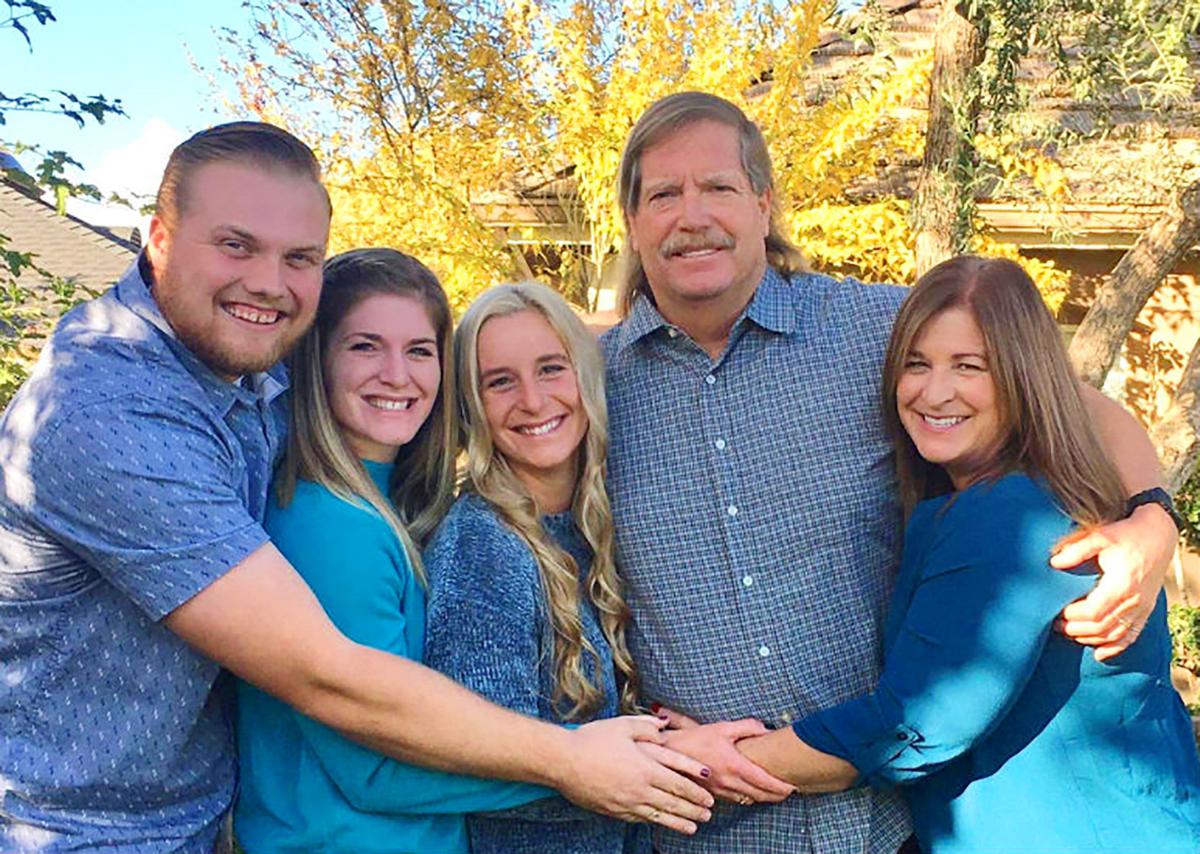 Alan Collatz, second from right, with his family, from left son-in-law David Sellens, daughters Alex Sellens and Tatum Collatz and his wife, Maria. 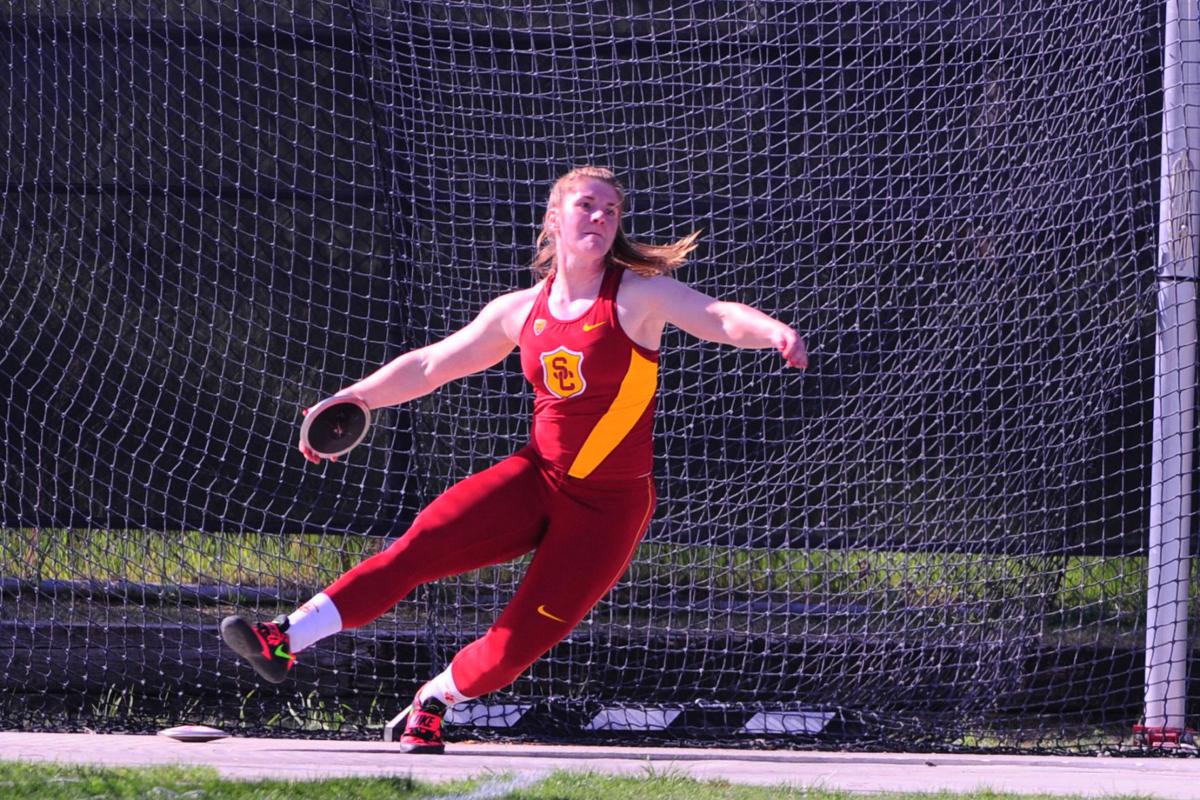 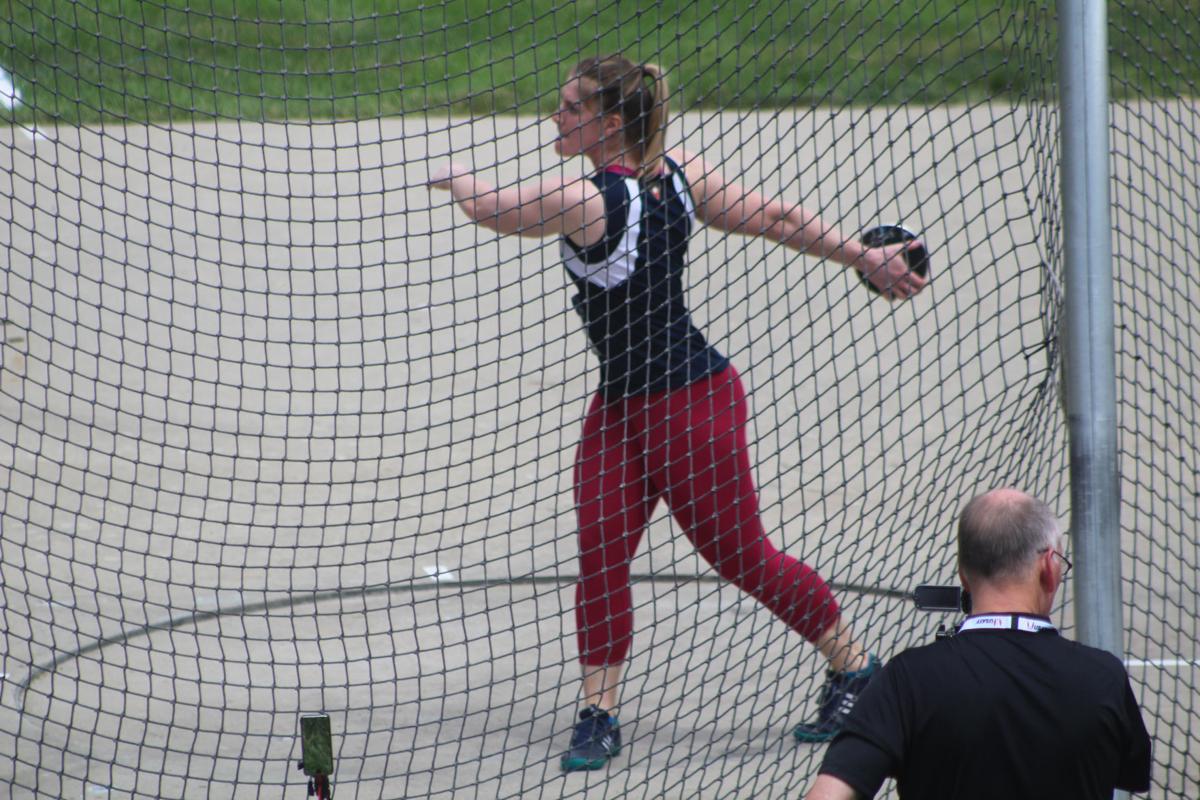 Alan Collatz, second from right, with his family, from left son-in-law David Sellens, daughters Alex Sellens and Tatum Collatz and his wife, Maria.

She may not exactly work in anonymity, but it’s difficult to imagine the fifth-grade students at Suburu Elementary truly understand who their teacher is and what she’s accomplished as one of the best all-around female athletes that Kern County has ever seen.

To them, she’s simply Mrs. Sellens, a Stockdale graduate, who has taught at the Southwest Bakersfield school the past four years.

But to local sports fans, and more specifically the track and field community, she’s Alex Collatz-Sellens, a three-time All-American and Pac-12 champion at USC, who won a CIF State title in the discus in high school.

Despite her current career path, Collatz-Sellens has continued to add to her resume. She qualified for her second Olympic Trials last year, but unfortunately the COVID-19 pandemic has delayed her efforts until at least next summer.

“I feel like what I’m assuming most athletes feel, disappointed and not sure what’s next,” said Collatz-Sellens, who isn’t sure when the current restrictions will be lifted. “So usually when you train, you’re training with some sort of a goal in mind or with some kind of schedule of training. I’ll have a meet in this many months or weeks, so you train for that purpose.

Without that, it makes training kind of confusing and hard.”

The biggest confusion centers around whether she will have to requalify for the Olympic Trials, which were moved to June of 2021. There aren’t currently any meets scheduled, so Collatz-Sellens is playing the waiting game.

“I know that all of this is done to keep everybody safe, so of course that’s what’s most important, but it definitely leaves me in a weird spot for training,” said Collatz-Sellens, who finished the 2019 season ranked No. 6 in the country among discus throwers. And I know most athletes feel the same way, kind of sad, kind of confused. There’s just a lot of questions that I think all sports, including U.S. track and field, are still figuring out as things progress and change.”

In the interim, Collatz-Sellens is continuing to train with her father Alan Collatz, a long-time coach at Cal State Bakersfield who doubles as her trainer. She also continues to teach her class — albeit online — providing daily feedback and assignments and a weekly Zoom meeting with her students.

“I check in with them every day to make sure they’re doing their work,” Collatz-Sellens said. “If they are not, then I give their parents a call. So I have to stay on them pretty much every day Monday through Friday, and that just looks like me sitting in front of a computer, which is not nearly as fun as actually being in the classroom and getting to have those face-to-face relationships, but it’s working for now. I’m being pretty tough on them, too. I’m not letting them get away with not doing their work. I hope I’m not bugging the parents too much, but I want to make sure that I’m doing my part to make sure they’re still learning.”

Her dedication to teaching and learning should be no surprise. She demonstrated that ability for as long as her father can remember, even as he required his two daughters to play at least five sports until high school, then they had to choose two.

“All this development started when she was little,” Collatz said. “She really worked on her athleticism. This hasn’t started in the last five years or 10 years, this started 22 years ago that’s when she did all the running, the jumping, all of the stuff that made her a good athlete, that 29-inch vertical jump, lifting weights and a lot of jumping, and a lot of just athletic stuff.

“She evolved over the years. Obviously the technical aspect comes into play quite a bit, but her athleticism has slowly developed every year. And I think that’s the primary key as to why she’s so successful.”

In an effort to continue that success, Collatz and his daughter have had to be creative in current times with facilities being closed.

Collatz pushed his wood-working skills to the limit and built a squat rack in his backyard so Alex could continue to get her workouts in.

“It’s not pretty, but it’s getting the job done,” joked Collatz, who trains his daughter each morning while working around her online teaching schedule.

That schedule has suited Collatz-Sellens just fine. She has also found time to do cardio work with her sister Tatum, a two-time All-WAC swimmer at CSUB.

“It’s definitely not like normal, but being an isolated sport does make it easier,” Collatz-Sellens said. “My dad and I have had to get really creative. So I’m lifting, and I’ve had to get creative when throwing. We don’t have access to the same facilities that we had before so we’re just making it work with what we have. I’m still training hard, it just looks a lot different and we’re having to be more creative.”

Collatz-Sellens is also taking things day by day and is trying not to look too far ahead. That’s a mindset she developed when she was younger and it continues to benefit as she faces an uncertain future with the sport.

It also helped her following a disappointing showing at the 2016 Olympic Trials, a year after graduating from USC. She received her teaching credential that same year and even got engaged to college sweetheart, David Sellens, who she married the following year.

“I knew that that wasn’t going to be my last year throwing,” Collatz-Sellens said. “I didn’t really want to end on that note. But I’ve always kind of been week by week, year by year, even when I was a little kid I was never, ‘oh, I’m going to go to the Olympics.’ I was always, ‘I’m going to win the next meet.’ So it’s always been one step at a time type of thing for me.”

Things didn’t improve much in 2017, but Collatz-Sellens began to gain traction the following year when she threw a personal-best 201 feet, 8 inches at the USTAF SoCal Jim Bush Championships in Pomona. It was the 17th-best throw in the world in 2018 and the third-best by a U.S. thrower that season.

“I didn’t throw super well at the trials, so I just kind of took it year by year,” Collatz-Sellens said. “The year after was actually worse. I didn’t have a great season in 2017, but then 2018 was kind of my breakthrough season. So that was the moment where I realized that the next level was possible for me. That’s kind of when I decided that I was going to give it another shot.”

Collatz-Sellens continued her improvement in 2019 and says she was looking forward to an even better season this year when things were shut down.

“I haven’t actually thrown for a mark since (the U.S championships) last year, but I was very consistent,” Collatz-Sellens said. “I think the majority of my meets I was over 190 feet. So I was really excited for 2020 and hoping for something big, but now I just have to be patient for next year.”