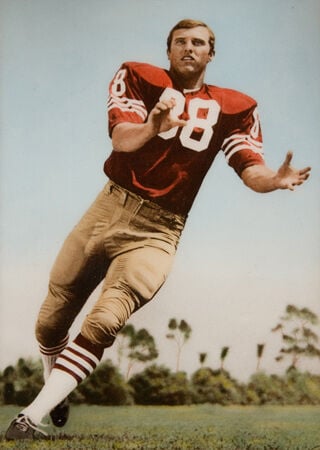 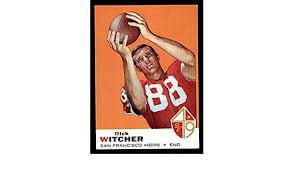 A trading card for Shafter graduate Dick Witcher during his time with the San Francisco 49ers. 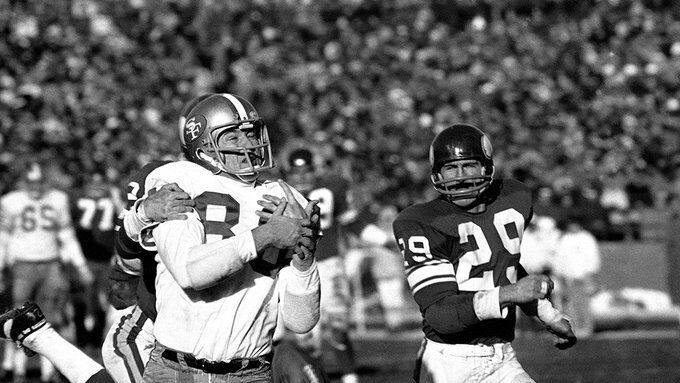 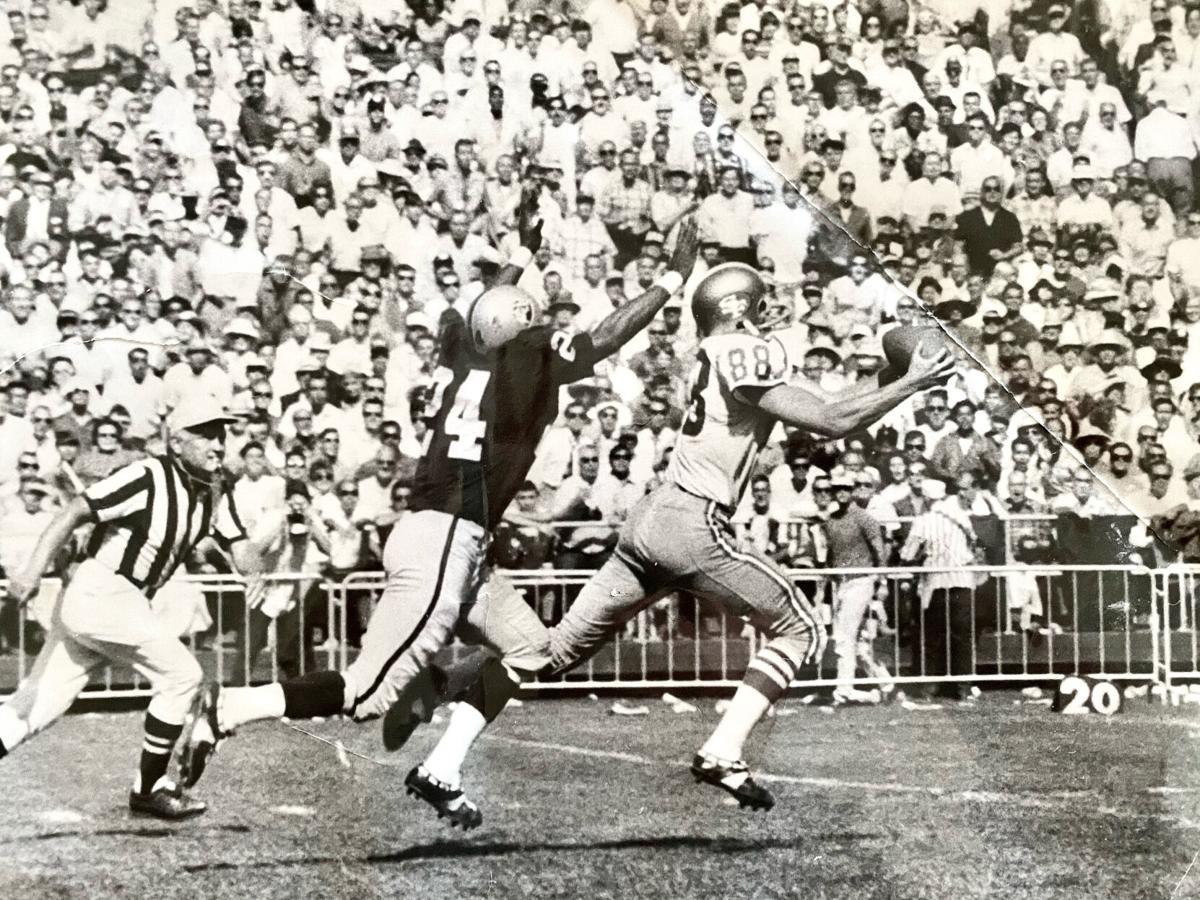 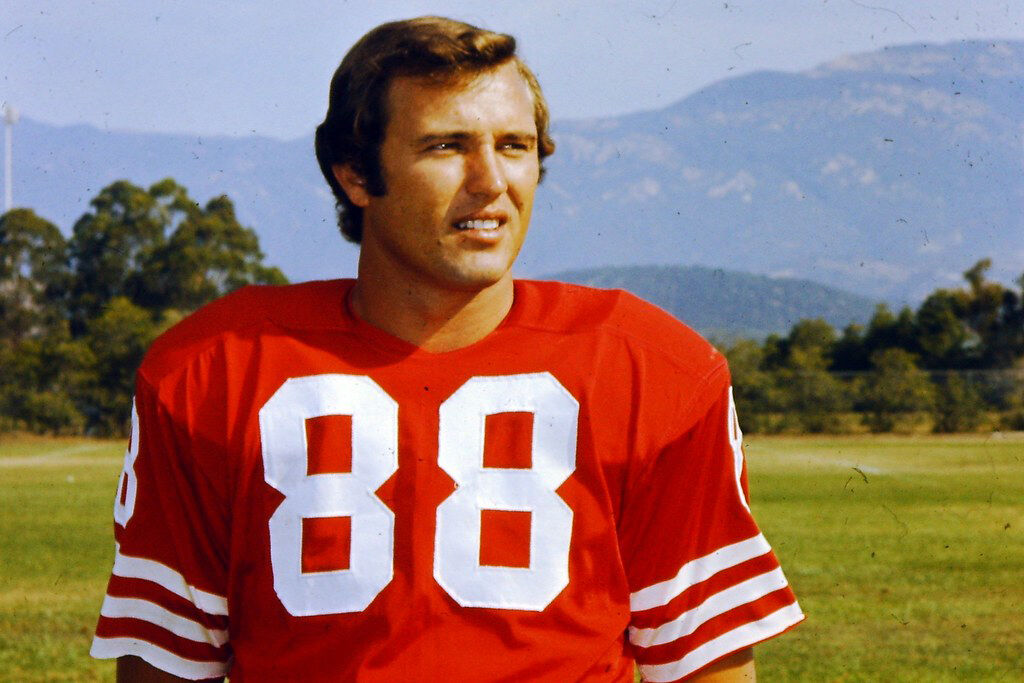 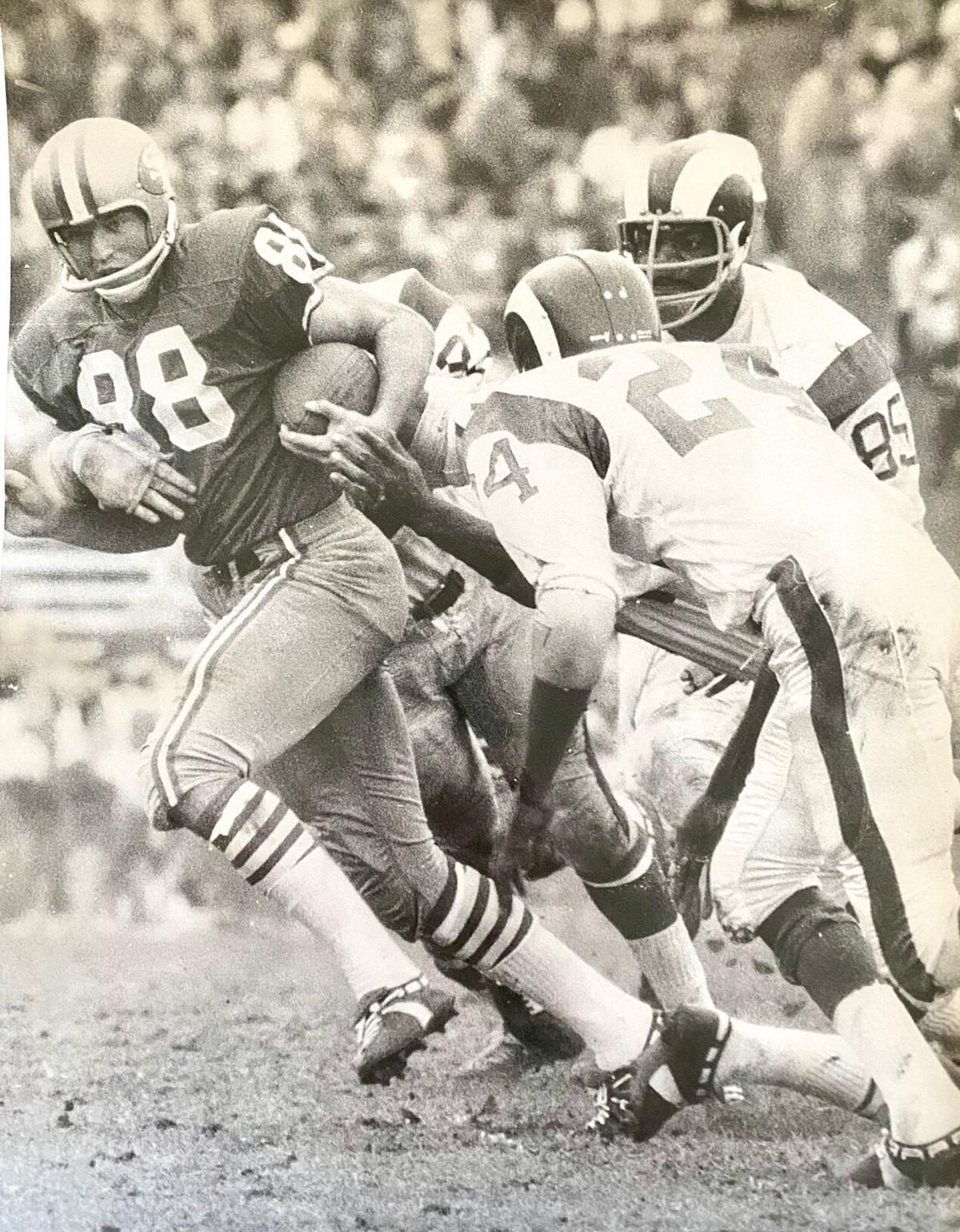 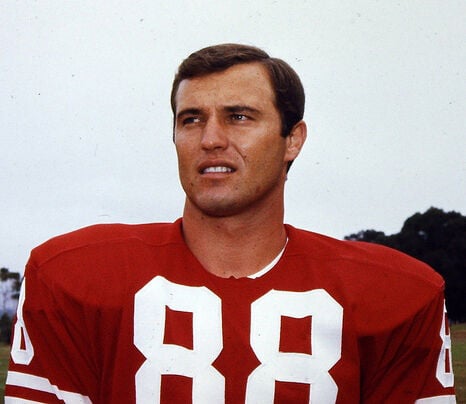 A trading card for Shafter graduate Dick Witcher during his time with the San Francisco 49ers.

By all accounts, Dick Witcher was a fantastic athlete, who was described as “tough as nails” on a recent Twitter post and a “legend” on another.

The former three-sport standout at Shafter High, who later starred at Bakersfield College and played eight seasons in the NFL, died of liver cancer at his Rancho Cordova home on Monday morning. He was 76.

“He was just a skinny little kid that came from Shafter,” said longtime Shafter athletic director Doug Thompson, Witcher’s nephew. “I mean back then Shafter only had around 5,000 people. But there were a bunch of hard-nosed athletes that came out of Shafter at that time. And for whatever reason he didn’t like it when people told him he couldn’t do (something).”

Although he played basketball and swam for the Generals, Witcher made the most of his talents on the football field as a wide receiver. He led Bakersfield College to a Potato Bowl victory in 1963. Three years later, he made key contributions in UCLA’s comeback victory over Michigan State in the 1966 Rose Bowl.

Witcher was drafted by the San Francisco 49ers a few months later, the start of a solid eight-year career that led him to be inducted into the Kern County Bob Elias Hall of Fame in 1971.

The 49ers announced Witcher’s death on social media on Tuesday, posting the following on Twitter:

“Our organization is saddened to learn of the passing of Dick Witcher, who spent his entire 8-year career with the 49ers (1966-73) … We extend our condolences to his family & friends …”

Late in his career, Witcher made one of his more memorable catches when he caught a 2-yard scoring pass from 49ers quarterback John Brodie in the final seconds of the final game of the 1972 season to clinch a playoff spot for San Francisco. It was listed in some publications as one of the great 49ers moments of their history to that point.

It was the second time in Witcher’s career that he stung the Vikings. In the 1970 NFL playoffs, Witcher caught a 24-yard touchdown from Brodie in a 17-14 win over heavily-favored Minnesota. Witcher also scored his team’s only touchdown in a 17-10 loss to the Dallas Cowboys the following week in the NFC championship game.

The announcement of Witcher’s death elicited passionate social media responses from some that only knew him from afar.

On one post a fan writes, “Brodie to Witcher beat Minnesota twice...once in freezing Minneapolis and once with an injured Brodie coming off the bench and hitting him late...great times...RIP and Mahalo #88”

Another post states, “Remember well the game at the ‘Stick where Brodie ripped off his cape, came off the bench and hit Witcher for the win. RIP Dick…”

After retiring from football, Witcher worked a few corporate jobs before settling into a position running a large YMCA facility in the Phoenix area for several years, Thompson said. He added that he retired to the Sacramento area six or seven years ago, where he loved to play golf.

Prior to starting his professional career, Witcher made a name for himself with some big performances in college.

Before his team won the 1966 Rose Bowl with an upset victory over Michigan State, Witcher helped the Bruins rally from a 16-6 deficit with just four minutes to play against crosstown rival USC, which featured Heisman Trophy winner Mike Garrett. In the final minutes, UCLA quarterback Gary Beban connected with Witcher on a touchdown and the team made a two-point conversion to trim the Trojans’ lead to 16-14.

Another local product, Arvin High grad Dallas Grider, a former BC and West High coach, recovered the ensuing onside kick and the Bruins scored on a long pass to win 20-16.

It was not always glamorous for Witcher, who Thompson says was a third-string wide receiver at BC and didn’t even travel with the team his freshman year there.

Thompson remembers former Renegades football coach Claude Gilbert saying when he introduced Witcher at a honorary dinner years later, ‘that if anybody would have told me that this skinny kid from Shafter would have made the travel squad, I’d have been surprised.’ “And he did (eventually make the travel squad), and I guess that’s why it’s such an interest because he came from such a small town.”

Despite all of Witcher’s success and time in the spotlight, Thompson remembers him simply as "Uncle Dick,” someone he spent plenty of time with growing up, despite their 10-year age difference. Witcher was an eagle scout and enjoyed sharing his knowledge with Doug when he visited his sister, Jimmie Thompson, Doug’s mother.

“He’d take me out to the desert west of Shafter and he taught me how to hunt rabbits and about gun safety.” Thompson said. “He was just a skinny kid from a small town who worked the potato sheds like we all did back in those days.”

Thompson also remembers Witcher being a bit ornery growing up. Having the younger kids choose their squirt guns first and then turning the hose on the unsuspecting combatants.

“Family was very big to him,” Thompson said. “He was never too busy or thought he was too important to include myself and my brother and my sister, even our friends. Even when he was at UCLA, there were times that I’d go down and spend the weekend him and he’d take me around Westwood Village. He was just very, very unselfish.”