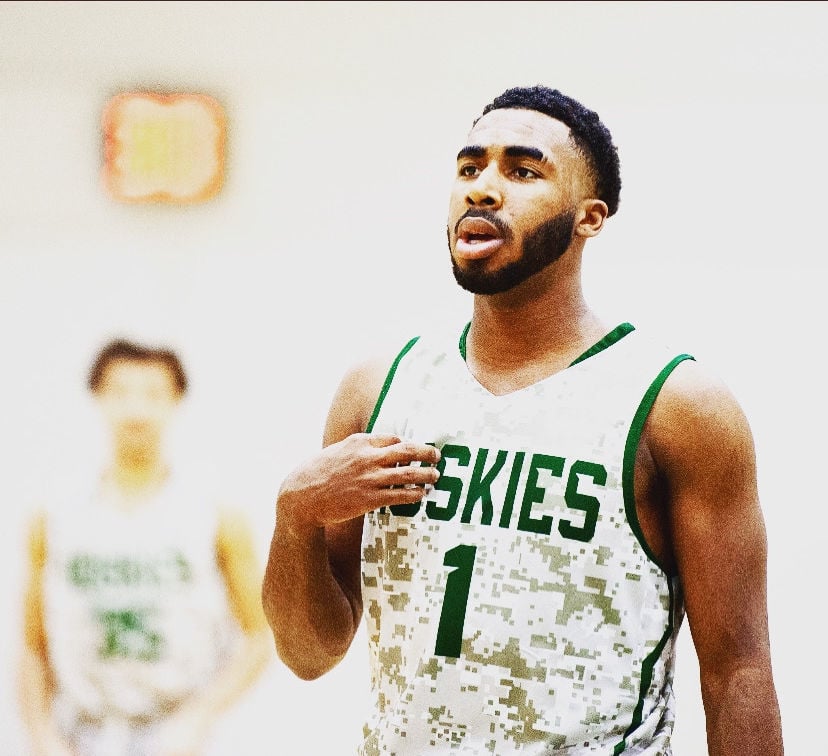 Levelle Zeigler averaged 10.9 points and 2.4 assists in seven games with Chicago State this season. The school decided to cancel its men's basketball season due to health concerns.

Levelle Zeigler averaged 10.9 points and 2.4 assists in seven games with Chicago State this season. The school decided to cancel its men's basketball season due to health concerns.

Levelle Zeigler received a rather disappointing Christmas present this week, and an early one at that.

On Wednesday, the same day he was set to travel to Oakland to spend the holidays with his mother, the former Ridgeview High basketball standout was notified his junior season at Chicago State was being canceled.

The official statement said, “to focus on the health, safety, and academic pursuits of the men's basketball student-athletes.” A combination of injuries, bouts with COVID-19 and eligibility issues involving some of the team’s transfer students had wreaked havoc on the Cougars’ season.

The issues finally hit a breaking point on Tuesday when the Cougars’ game at Iowa State was “canceled due to an insufficient number of players available in the CSU program.” The team dressed just six players in a 91-62 loss at Illinois State a week earlier, and despite the prospects of adding more players in the coming weeks, Chicago State didn’t have enough players to even scrimmage five-on-five, Zeigler said.

“At first when all that stuff was going on, all the losing and people getting injured … it’s frustrating, it’s very frustrating,” said Zeigler, who played the last two seasons at East Los Angeles College before committing to play at Chicago State this season. “But I had to take a look at what good can come out of this? What can I learn from this experience to become better? That’s all I really try to take from anything that goes wrong.”

In addition to the challenges of having a limited roster, the Cougars also played at times without their head coach Lance Irvin due to health concerns, leaving the team in the hands of associate head coach Rodell Davis. Through it all, Zeigler said he felt like the team was just waiting to get healthy, but was caught off guard by Wednesday’s announcement.

“I was just like, ‘wow,’ because we were just waiting to all get healthy so we could make a good run because I know we have a good team, we just needed everybody to get right so we could actually compete," said Zeigler, who was notified of the canceled season along with several teammates on a Zoom call. “They made that decision yesterday morning and called us together, but we had no idea that was going to happen.”

Adversity is nothing new for the Chicago State men’s basketball program.

The Cougars (0-9) are mired in a 28-game losing streak, dropping its final 19 games of the season last year. They are a combined 10-92 in the last four seasons and have lost 30 straight Western Athletic Conference games.

This year, Chicago State added several junior college players in an effort to turn things around, but a tough preseason schedule stacked with Big-10 opponents, coupled with the health issues, proved to be a recipe for disaster.

Pressed into heavy minutes, Zeigler has been one of the few bright spots on the team. The 6-foot-1, 170 pound junior guard is third on the team in scoring at 10.9 points per game. He scored in double figures in six of his last seven games, including a pair of 18-point performances. He closed that stretch by playing all but three minutes in his last three games.

“I feel like I became a better leader,” said Zeigler, who missed the first two games of the season with a groin injury. “I’m still trying to keep guys motivated because obviously we’ve been losing. And we’ve been getting better as a team and getting closer and closer. Trying to keep guys motivated has brought us closer as a team so we can win games.”

Unfortunately, Zeigler’s efforts were cut short. Not exactly what Zeigler expected for his first year of Division I basketball. But even so, he appears to be taking the disappointment in stride, and is focused on using the experience as motivation to work harder.

“There’s only one thing to do now and that’s to take advantage of the time to get better,” Zeigler said. “I’m going to stay in the gym. Stay in the weightroom. Keep my body in shape for the next season. So that’s really the only thing to do. I’m just going to work through the year and through the summer and come back next year and hoop.

“We just gotta live with it. There’s nothing I can do. This whole year has just been crazy. But you have to take advantage of it somehow. At least that’s the way I look at it.”