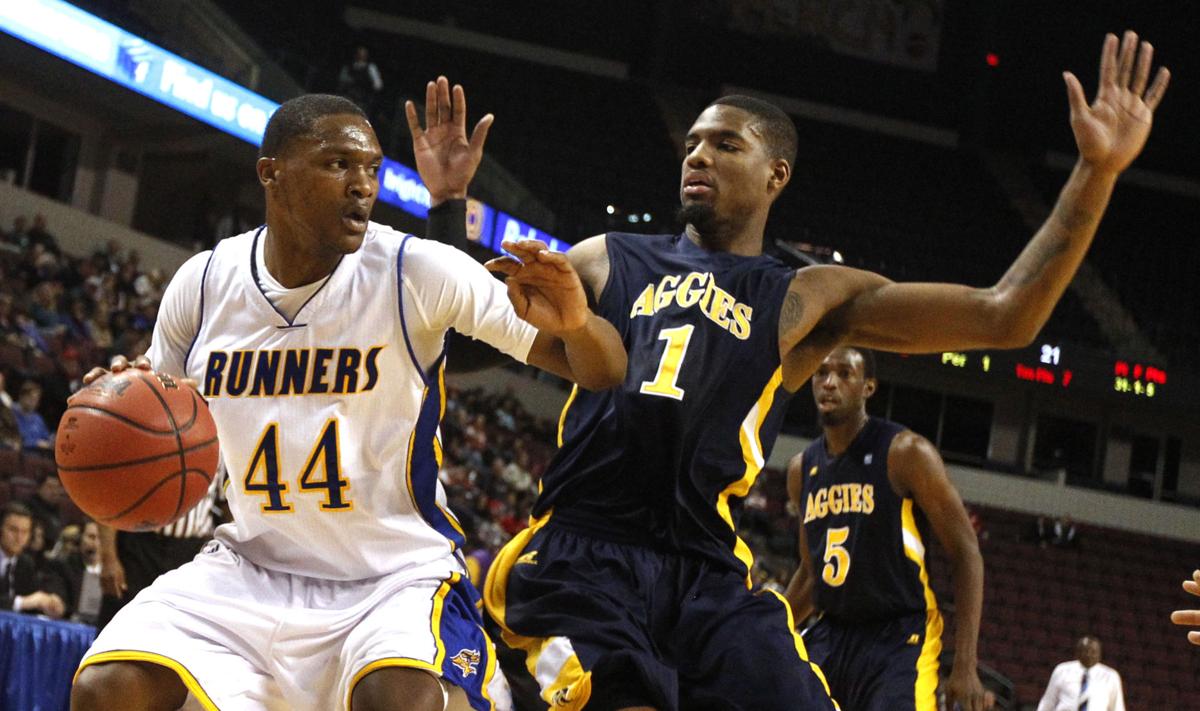 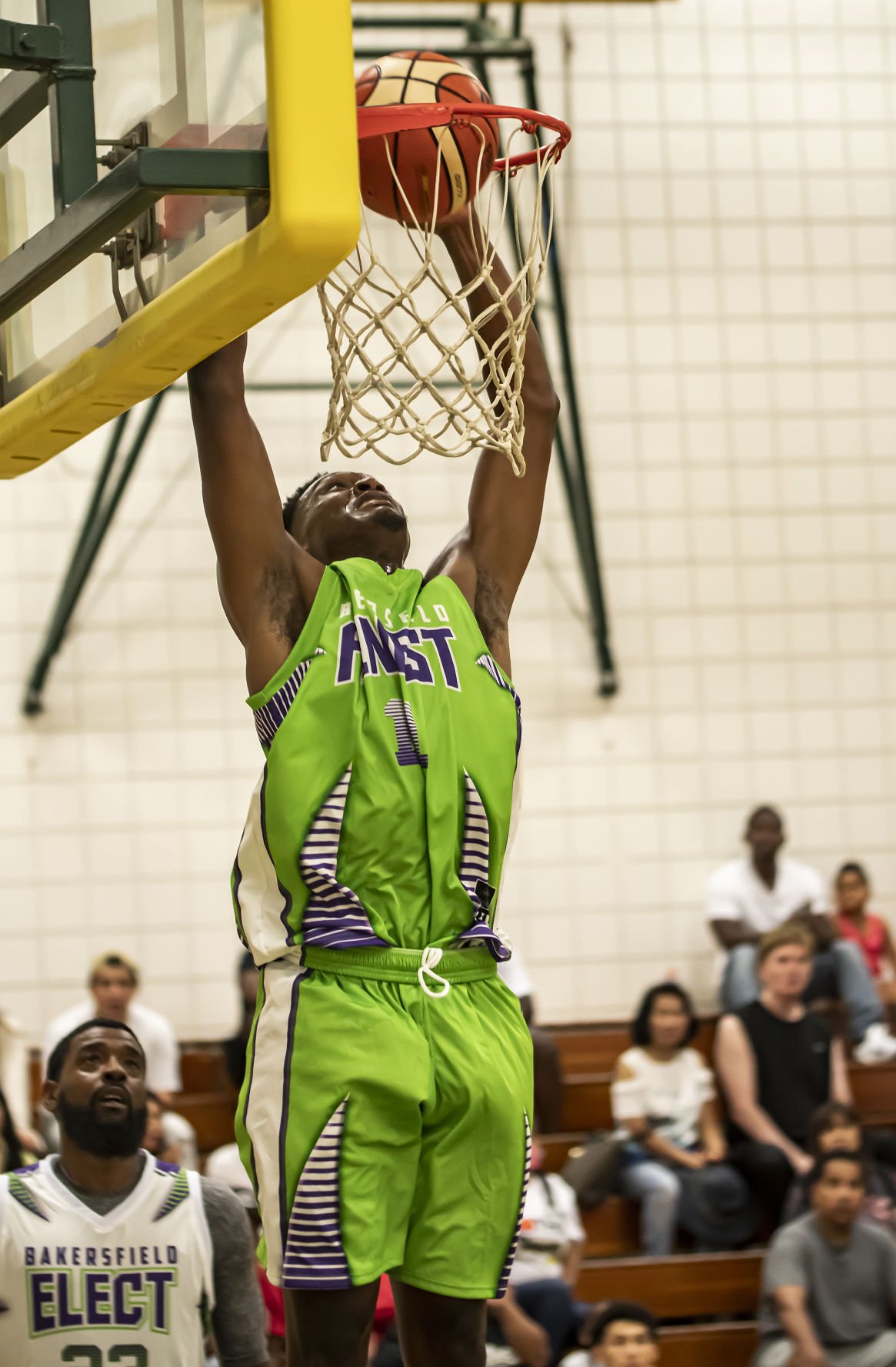 Former Garces and CSUB star Stephon Carter from Team Finest scores on a baseline dunk during The Who You Got? All-Star basketball game last year at West High. 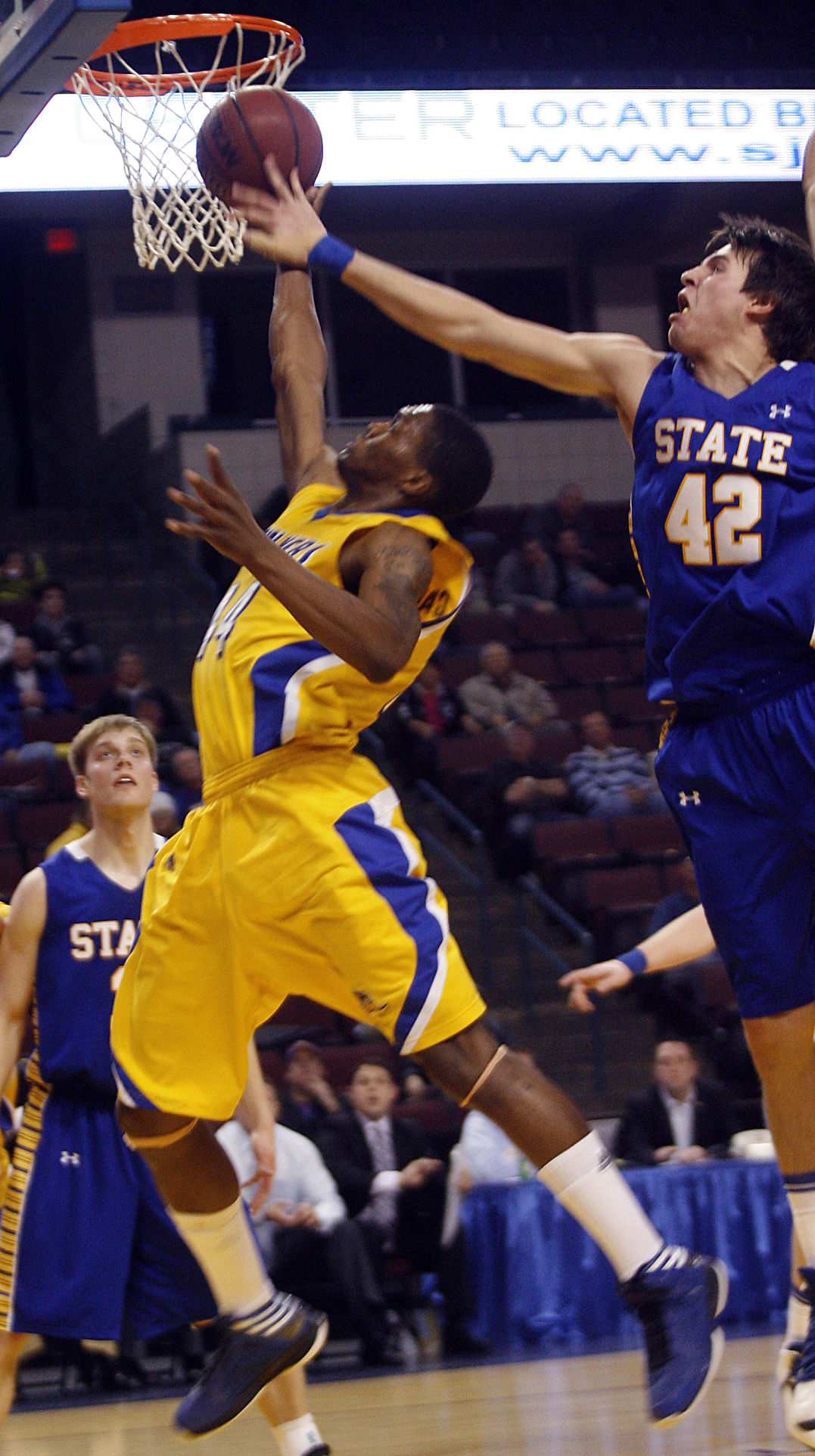 CSUB's Stephon Carter is fouled from behind by South Dakota State Jordan Dykstra in first half action from Rabobank Arena. 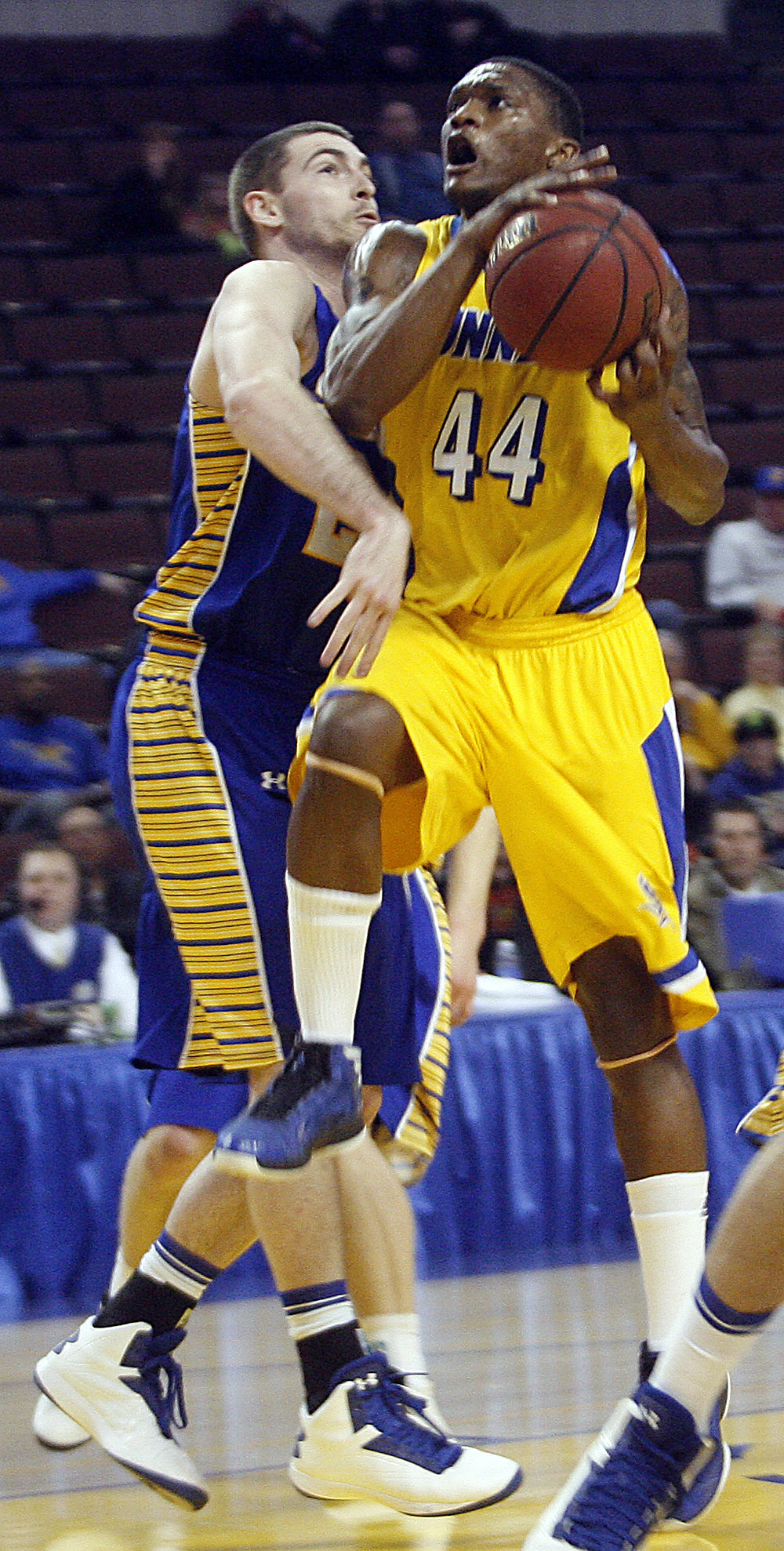 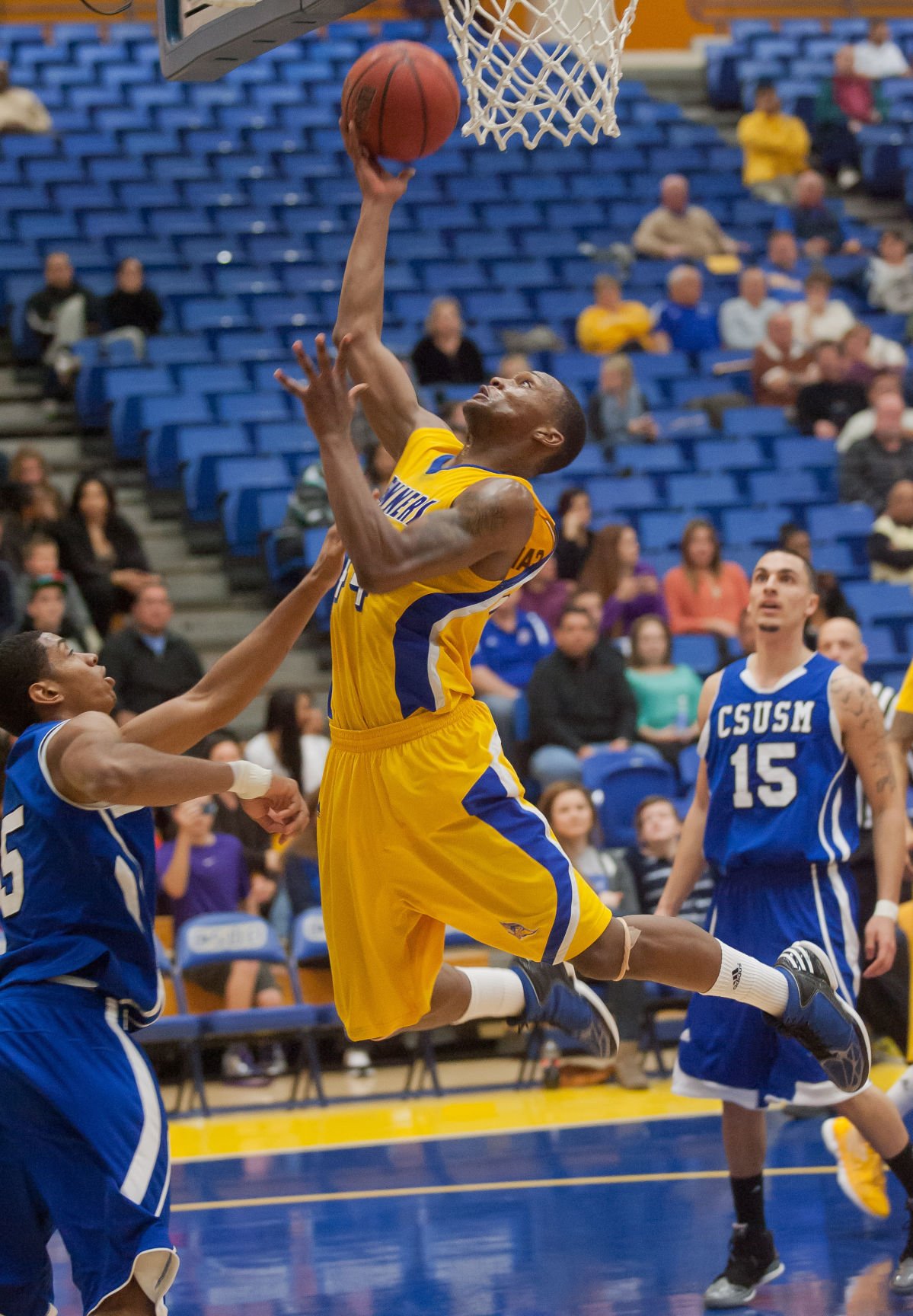 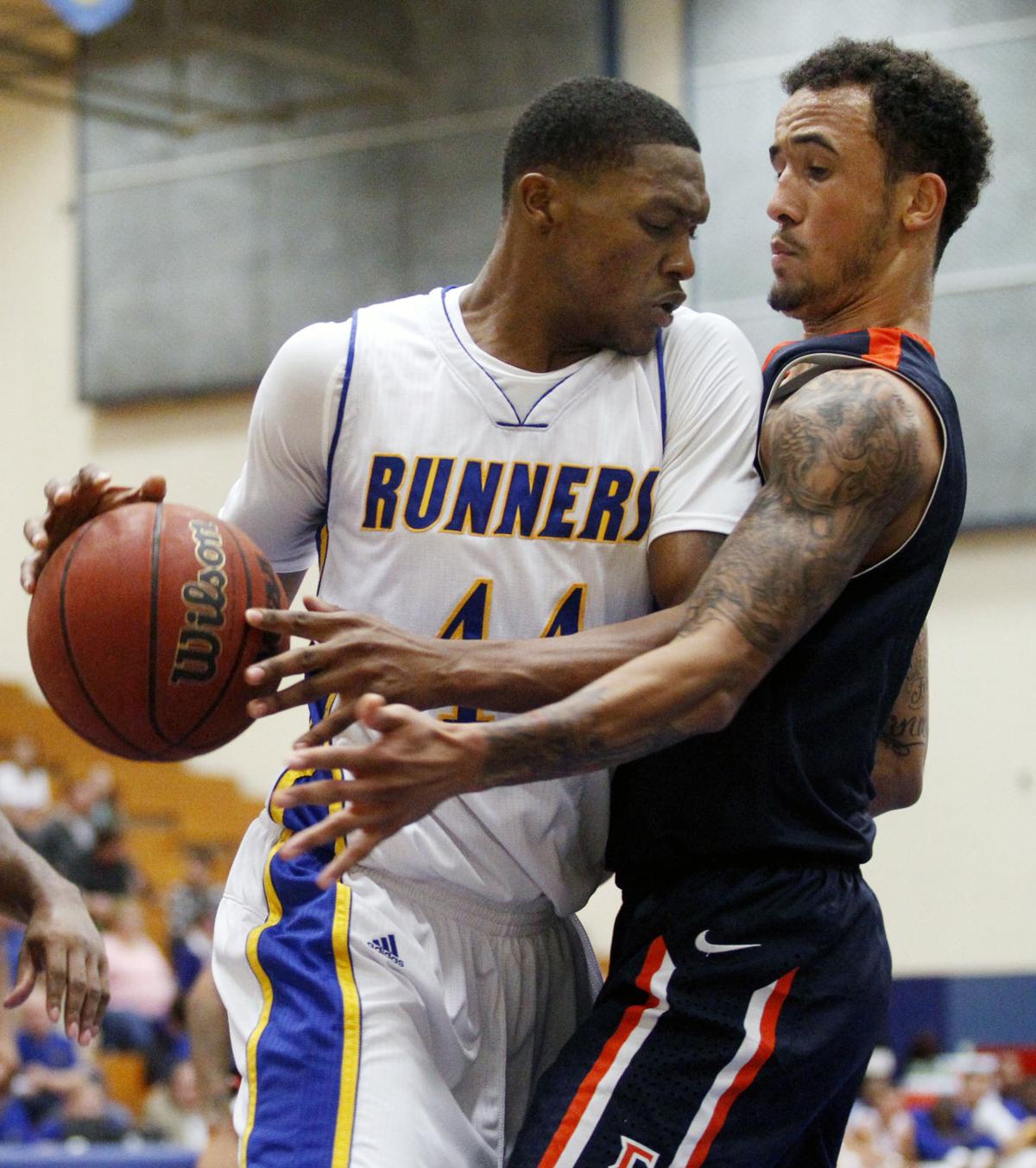 Bakersfield's Stephon Carter gets a shoulder into Cal State Fullerton's Jared Brandon in first half action at CSUB.

Former Garces and CSUB star Stephon Carter from Team Finest scores on a baseline dunk during The Who You Got? All-Star basketball game last year at West High.

CSUB's Stephon Carter is fouled from behind by South Dakota State Jordan Dykstra in first half action from Rabobank Arena.

Bakersfield's Stephon Carter gets a shoulder into Cal State Fullerton's Jared Brandon in first half action at CSUB.

Stephon Carter has never been one to shy away from a challenge.

The Garces graduate demonstrated that ability during a dominant high school career and again as the all-time leading scorer at Cal State Bakersfield.

Now, just a few months removed from a six-year professional career, the 29-year-old Carter is ready for his next test on the hardwood after accepting a position as the varsity boys basketball coach at Centennial.

Centennial is excited to announce Stephon Carter as our new boys basketball coach. Stephon was a 3 time All Area Player of the Year and is CSUB all time scoring leader. He comes to us after playing professionally the past 6 years in Spain, Mexico and Canada.@KHSDAthletics pic.twitter.com/b0vaiGFuZ2

“I wasn’t sure that I was done playing, but this opportunity was too good to pass up,” said Carter, a three-time BVarsity All-area player of the year who led Garces to three straight central section championships.

“To have him onboard, I’m excited for our student-athletes,” Haskell said. “They’re going to benefit from all the knowledge that he has. With the coaches he’s played for and all the competition he’s faced, I think it’s going to be a bonus.

“Everybody I’ve ever talked to about him has said he’s always been the hardest worker on the court. He’s a guy that was never satisfied with his performance and is a big practice guy. He’s a big believer in doing things in practice and having that translate into games. That’s one of the things that really stood out when we were interviewing him.”

Carter played professionally in Spain for three years and also had stints in Canada, Mexico and the U.S. in The Basketball League. He played in the semi-pro ABA this past season, leading his team to a 16-1 record before the coronavirus abruptly ended his season.

The uncertainty that followed motivated Carter to evaluate his situation, and ultimately, speed up his decision to start coaching.

“Next year’s overseas basketball is kind of up in the air,” Carter said. “I didn’t want to pass up this opportunity while trying to wait for another job. I’m still young and I can still play, but coaching is my next career path when I’m done playing.”

Although trading in his uniform for a clipboard will be something new for Carter, he is confident that it will be a smooth transition.

“I want to share my wisdom and to teach them how to play,” Carter said. “Academics is obviously important and if they want to try to play in college, I can give them a blueprint for that. On and off the court, I want to respect the person first, before they’re an athlete. I want to teach them how to do the right things, on and off the court and to be a positive light in their lives.

“When you see a Centennial basketball player, I want you to say, ‘that’s a good kid.’ That’s my whole thing. I want to have a good program and build a solid foundation.”