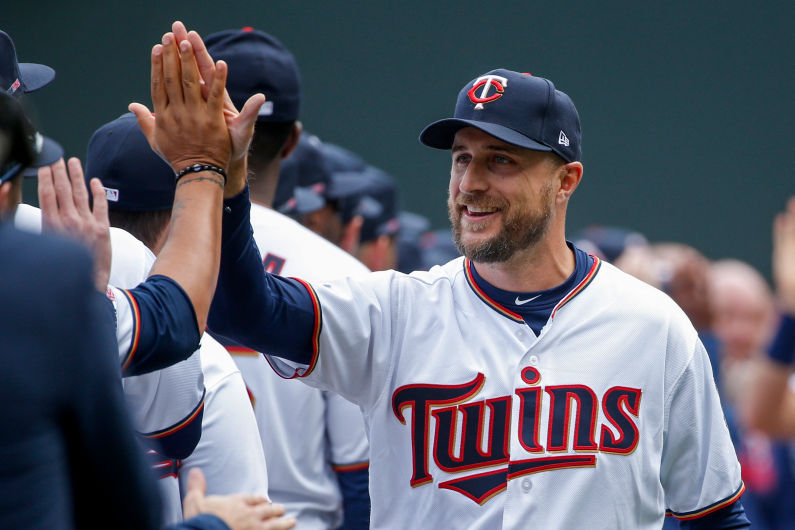 Minnesota Twins manager Rocco Baldelli greets his players as he is announced prior to a game against the Cleveland Indians in March 2019. 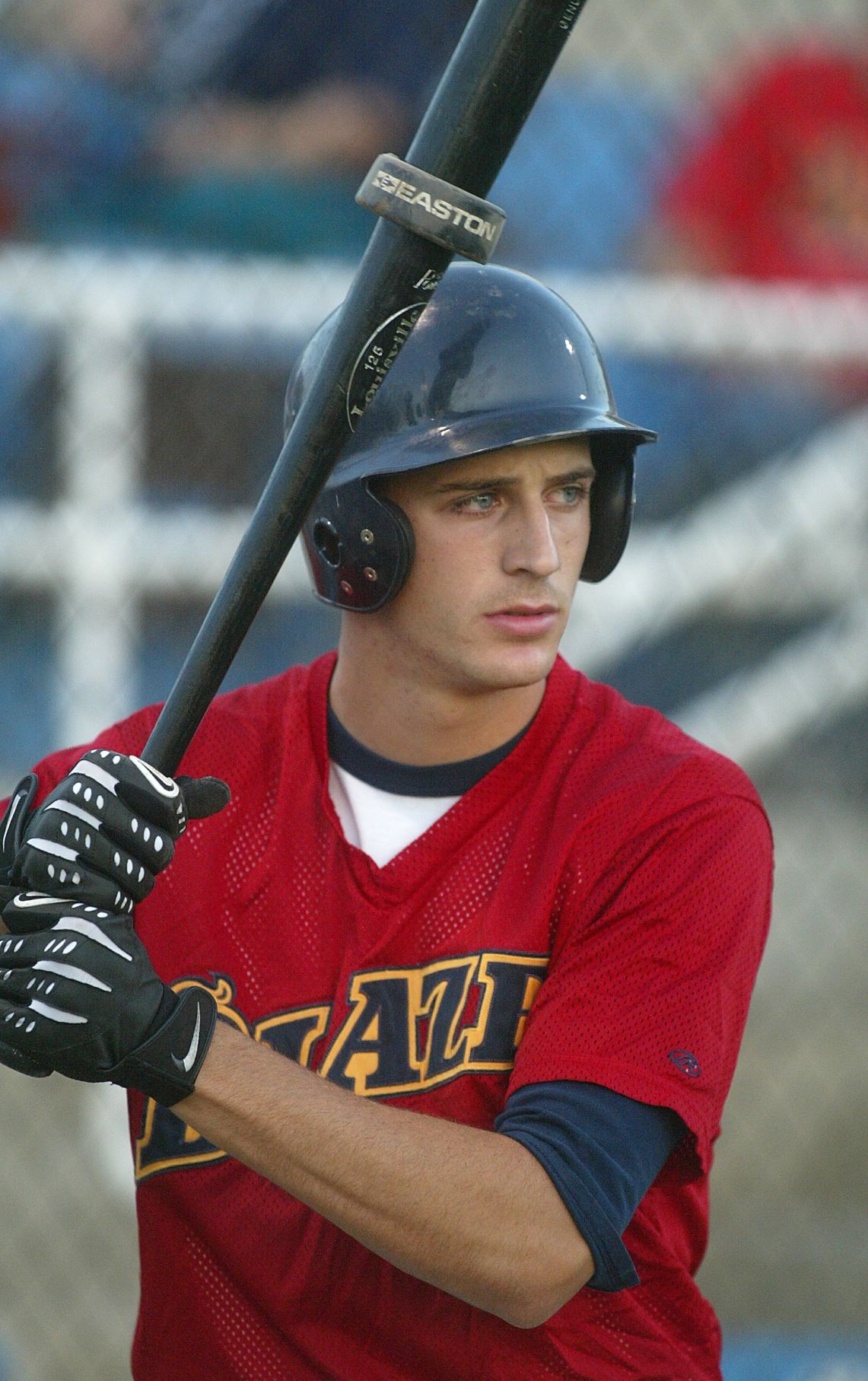 Blaze centerfielder Rocco Baldelli warms up in the on-deck circle before leading off during a 2002 game against Modesto at Sam Lynn Ballpark. 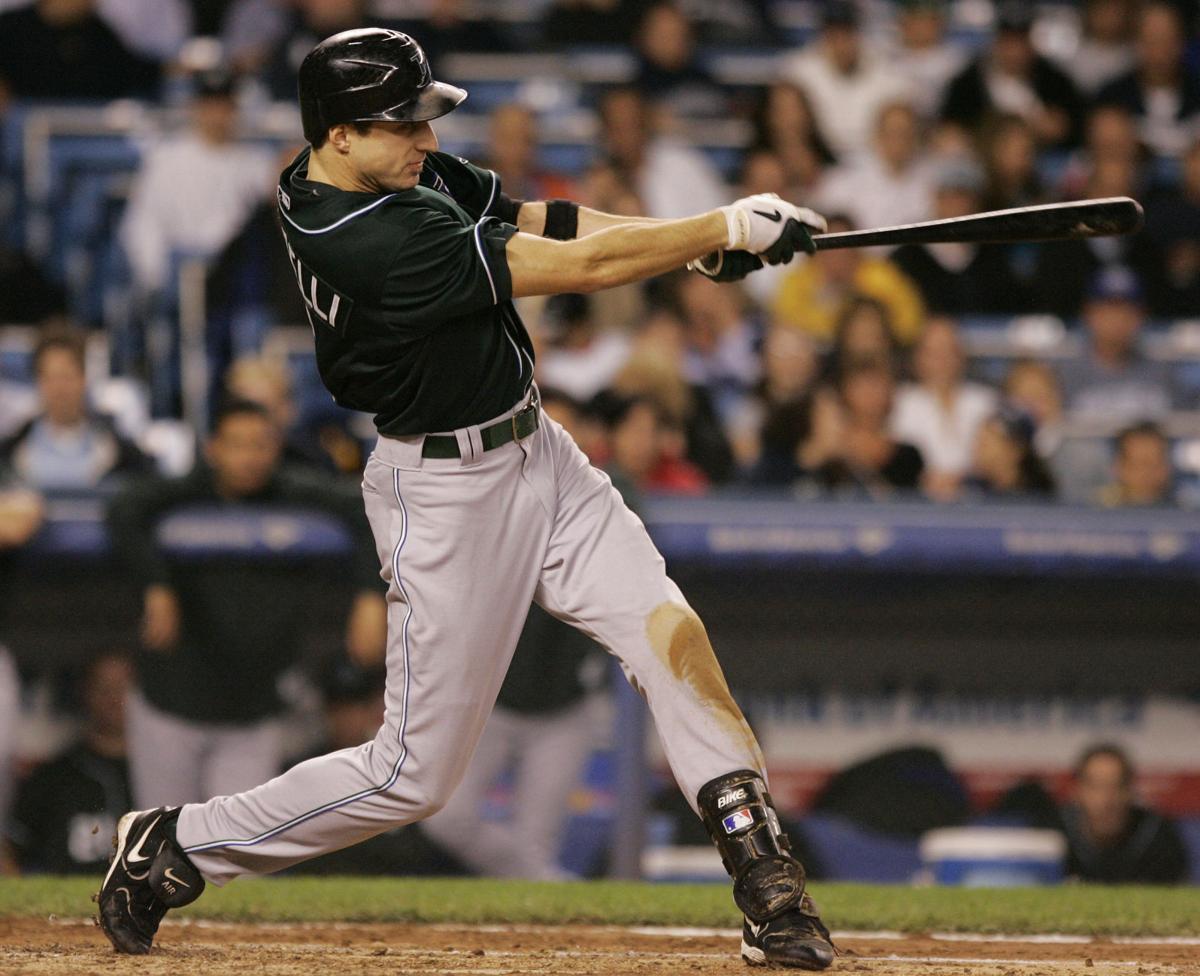 The Devil Rays' Rocco Baldelli swings for a two-run home run during the fifth inning of a Sept. 14, 2006 game against the Yankees at Yankee Stadium in New York. 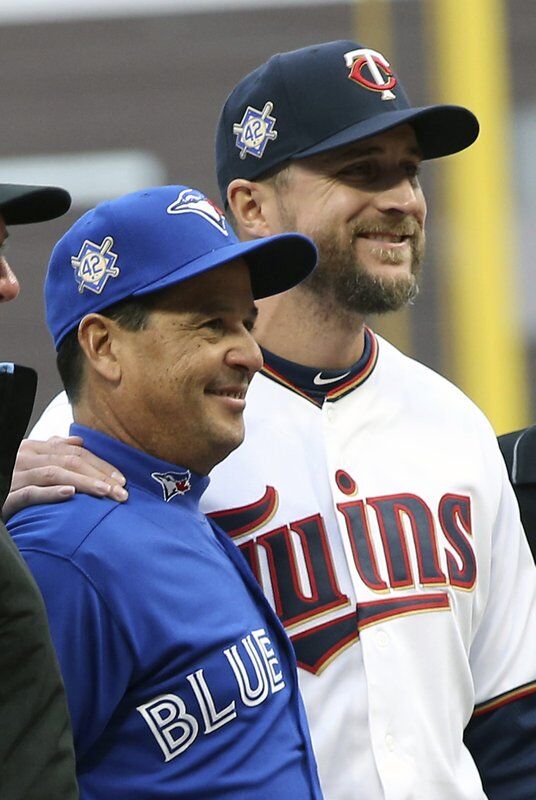 Minnesota Twins manager Rocco Baldelli greets his players as he is announced prior to a game against the Cleveland Indians in March 2019.

Blaze centerfielder Rocco Baldelli warms up in the on-deck circle before leading off during a 2002 game against Modesto at Sam Lynn Ballpark.

The Devil Rays' Rocco Baldelli swings for a two-run home run during the fifth inning of a Sept. 14, 2006 game against the Yankees at Yankee Stadium in New York.

The Woonsocket, R.I., native was just 20 years old at the time, but his 77 games in Bakersfield turned out to be part of a rollercoaster playing career that was marred by a series of injuries and a debilitating illness that eventually forced him into retirement in 2010 after seven MLB seasons.

As it turned out, it was all preparation for another career path as a coach, culminating in his hiring as the manager of the Minnesota Twins last year, where he led the team to a 101-61 record and was named the American League Manager of the Year.

Not a bad debut for Baldelli, who hit .333 with 14 home runs, 51 RBIs and 21 stolen bases in Bakersfield in 2002 and wound up being promoted to Double-A Orlando and Triple-A Durham by season’s end. The following year he started the season in the big leagues in Tampa Bay.

Now, nearly two decades later, Baldelli has a unique opportunity to reflect on a variety of topics — both past and current — as he awaits what he hopes will be the start of the 2020 MLB season.

Being named AL Manager of the Year

Awards and recognition are great, but Baldelli is quick to point out that that is always the result of a team effort.

“The thing about that, it’s funny because the honor is great,” said Baldelli, whose win total was the second most in franchise history and the most since the team won 102 games in 1965. “It’s a tremendous situation to be in. I get to work with wonderful people. But being singled out that way, especially when you’re in this role, it’s not necessarily what you’re looking for. It’s not necessarily what your goals are aligned with.

“You work in every way to bring everyone together, and then to be singled out, it feels kind of contrary to everything else that we do as a manager or a staff member of a club. But it’s something you don’t experience very often. It was a great honor and it was fun.

Living in Minneapolis has also placed Baldelli in a unique position following the civil unrest following the death of George Floyd while in police custody only a few miles from where the Twins manager now calls home.

“This has been going on all around us,” said Baldelli of the protests in his community and across the world. “It’s probably one of the craziest weeks that I’ve ever been around. But I’ll tell you what, the community has really banded together in a lot of ways and we’ve seen a lot of amazing energy, emotion, and just positive things. Yes, there have been a lot of negative aspects in just the reaction, in violence and things like that, but I think that the change that’s coming and the attention that it’s brought to what has happened, and to what has been going on for a long time, I think is really important. You see it right in front of your eyes when you’re here.

“I think what a lot of people are feeling is not something that just started a week ago. I mean this is not simply a reaction to one particular horrible incident. This is that and many, many years of this emotionally building in a lot of different ways. I think that’s one thing that’s important to note. This isn’t a geographic question. This is something people all across the United States are also feeling. I don’t think there’s any pocket or edge of this country that does not feel what’s going on right now. And I think that’s a good thing.”

Although plenty has changed in the nearly two decades since Baldelli called Bakersfield home, in many ways it’s where he started to mature into an adult, 3,000 miles from his hometown.

“I have very fond memories of that group, of that season,” said Baldelli, who made the jump from Single-A Bakersfield to Double-A Orlando and Triple-A Durham, N.C., during the 2002 season. “It comes up in conversation all the time. It was a year where, to begin with, we had a great group, a very talented group, a great staff to work with, and it’s funny, because there was also this feel … you know we were coming from the other side of the country. I had never really been out there. I had never really spent time in California and I think a lot of people were in the same boat. Most of the (Rays) group, minor league teams, facilities … everything is on the other side of the country. So you hop on a plane and you go out there and you learn about a new place. A place that you probably never thought you’d be, but that’s where we ended up.

“We made an absolute great time out of being out there and showing up to the ballpark. The weather becomes a big topic when you’re out there playing every day in the Cal League. It was just a completely new and awesome experience. Truthfully, I couldn’t have enjoyed my time any more just learning about California. It was something that I’ll never forget. Anytime you do something brand-new, and you go out there and experience it with a bunch of people that you enjoy, it ends up being something that you never forget.”

Being at home because of COVID-19

Being home this time of year is something new for Baldelli, who was the sixth overall pick by Tampa Bay in the 2000 MLB Draft. He’s been either playing, coaching or managing at the professional level ever since.

“I think everybody, throughout the world really, especially in our immediate world is living a different reality than we’ve ever seen,” Baldelli said. “We’re seeing different things and feeling different emotions. I’ve never really sat outside in the summertime and just spent time just thinking and relaxing, or being on the phone a little bit and doing work and enjoying being outside away from a baseball field.

“There are definitely some positives to it, although I don’t think any of us want to do exactly what we’re doing right now. I think we can’t wait to get back to a healthy situation where we can go outside and not have to worry. But that being said, I also think it’s our responsibility to be as productive and happy in the time being. Helping ourselves and our family, and helping others and making the most out of the situation.”

Will baseball be back this year?

There have been several proposals bouncing around in an attempt to set a date to start the 2020 season, but nothing has been agreed to yet. But Baldelli is confident some resolution will be reached.

“When I look around, I see everybody looking for everything they can do to get this season in, in a healthy way. And as long as we can do and take care of all of our people, and feel good about that, I think we’ll be ready to go. I see no reason to the contrary at this point. And we’ll continue to monitor it. But as far as baseball this year? We fully anticipate playing. And I anticipate it being a really exciting second gathering. When the second spring training starts, I think people will be feeling emotions that they’ve never felt before.”