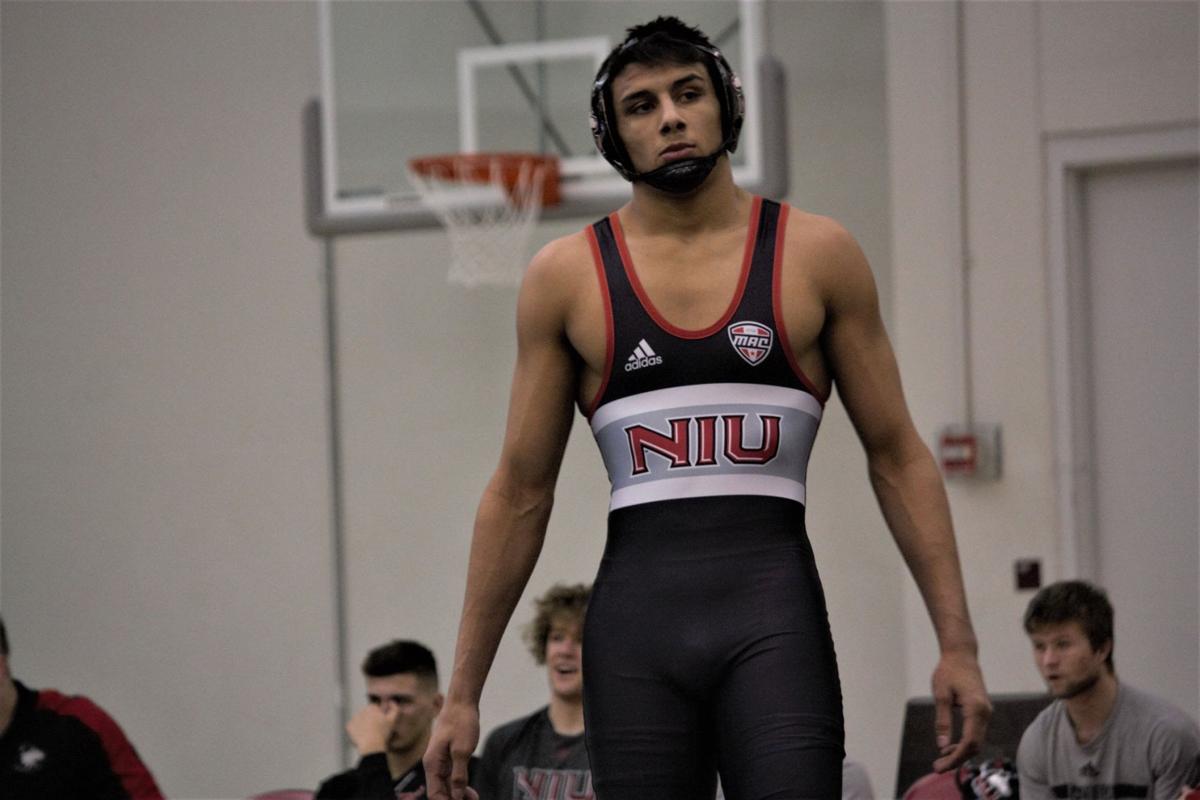 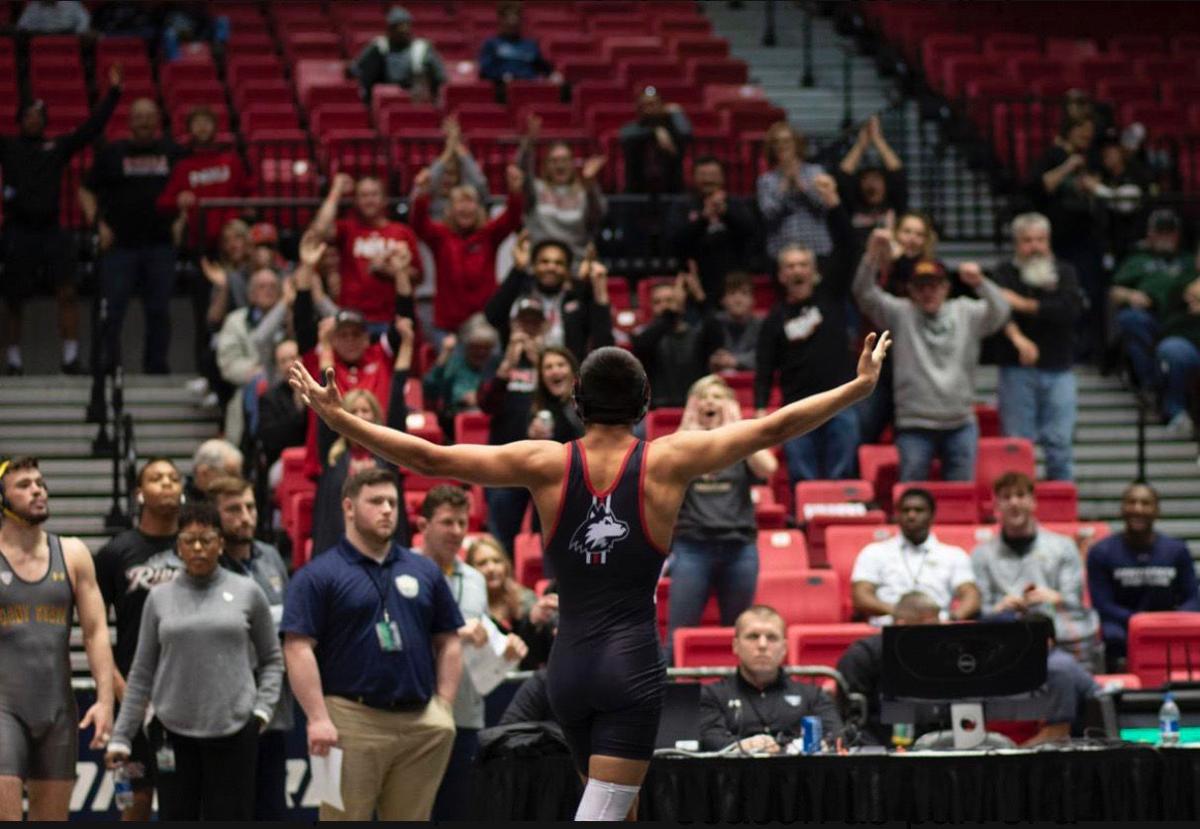 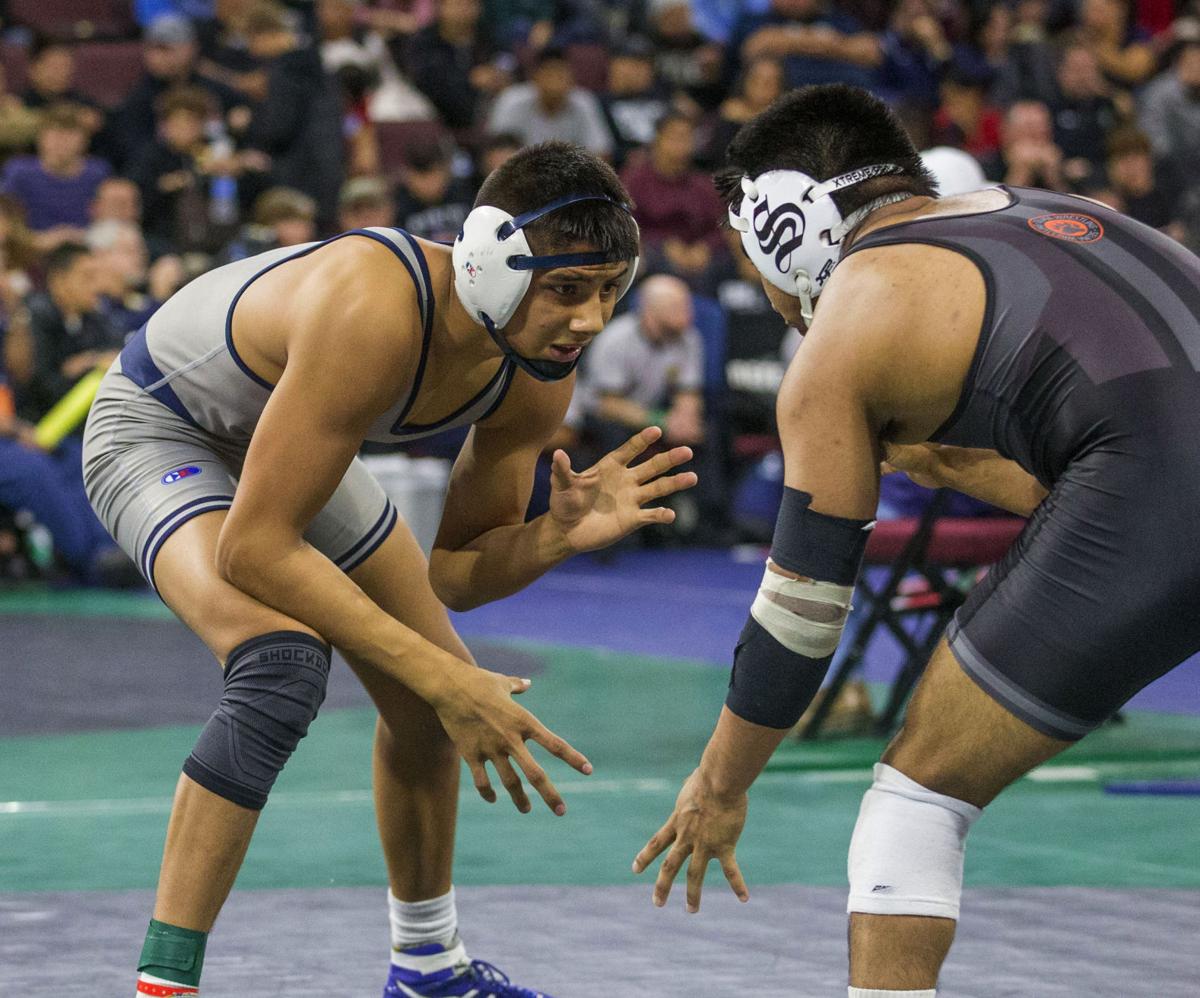 Bakersfield High's Izzak Olejnik, left, wrestles Selma's Tony Mendoza in the 145- pound match during the CIF State Wrestling Championships in 2018. Olejnik, now a redshirt freshman at Northern Illinois, was named the MAC freshman wrestler of the year this season.

Bakersfield High's Izzak Olejnik, left, wrestles Selma's Tony Mendoza in the 145- pound match during the CIF State Wrestling Championships in 2018. Olejnik, now a redshirt freshman at Northern Illinois, was named the MAC freshman wrestler of the year this season.

To say that Izaak Olejnik is a late bloomer might be a bit of a stretch. The former Bakersfield High standout wrestler was a four-time state qualifier, finishing fourth in his final state appearance at 145 pounds his senior year.

But physically? That’s a different story.

Now a redshirt freshman at Northern Illinois, Olejnik has grown — both on and off the mat — since he first donned a singlet for the Drillers in the 106-pound class his freshman and sophomore years.

The transformation was gradual through his high school years, but Olejnik has grown five inches and put on nearly 50 pounds in the past two years, helping him earn Mid-American Conference Freshman of the Year honors at 165 pounds this season.

“I worked a lot on my upper body, which has always been kind of one of my weaknesses,” said Olejnik, who pushed himself to get stronger during a six-month layoff last year following surgery to repair a torn meniscus in his right knee. “But I definitely feel like I got stronger during that time period, just by lifting weights. Strength is one of the real keys in wrestling in general, so I was able to get that boosted a little bit and it gave me a little more confidence going into my first year.”

Olejnik shook off a slow start and eventually qualified for the NCAA Wrestling Championships after posting a runner-up finish in the MAC Tournament. Unfortunately, the national tournament was canceled due to coronavirus concerns. He finished the season 19-10, including 7-2 in conference action.

“It was just a grind,” said Olejnik of his first college season. “Wrestling in general is just a grind, so being able to have that award just reminds you that all the hard work you're putting in is being accounted for. It just gives you motivation to keep going next year, you know? Next year I want to be the MAC Wrestler of the Year, going from being the Freshman of the Year to the best wrestler in the conference. So that’s kind of my goal and that’s what I keep in mind and what I strive for.”

But Olejnik’s goals go beyond just the conference level.

Qualifying for the national championships didn’t seem likely for Olejnik early in the season when he struggled against some tough competition.

“Having that tough start didn’t really give me a lot of confidence, but I knew I was capable, it just wasn’t clicking in my head,” said Olejnik, who won eight of his last nine matches, including a victory over eventual MAC champion Troy Keller from Buffalo. “I didn’t have full confidence in myself … I would always go to the national tournament with my dad and watch. And just looking at the guys that are there, it’s like ‘wow, these guys are at a different level.’