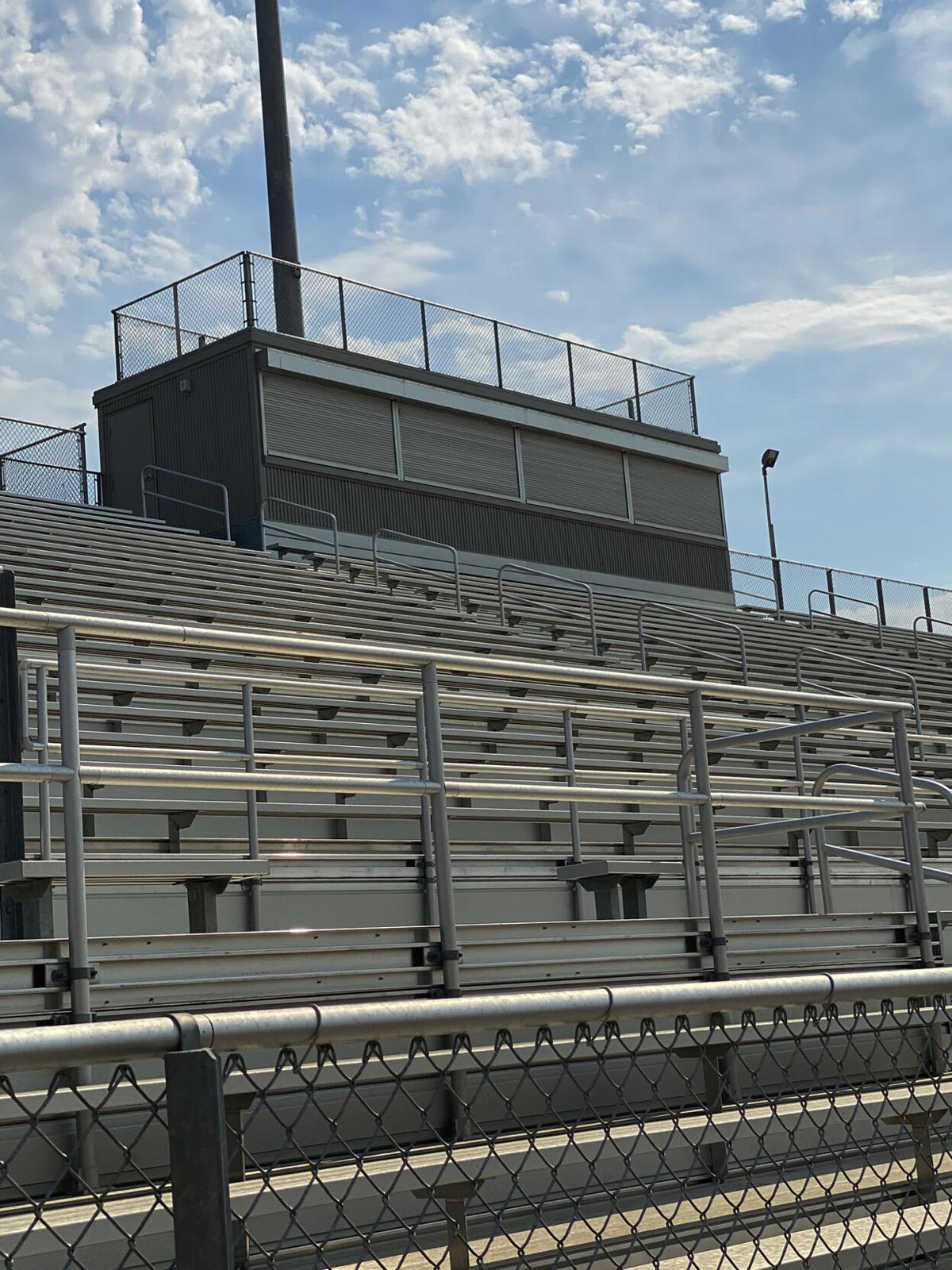 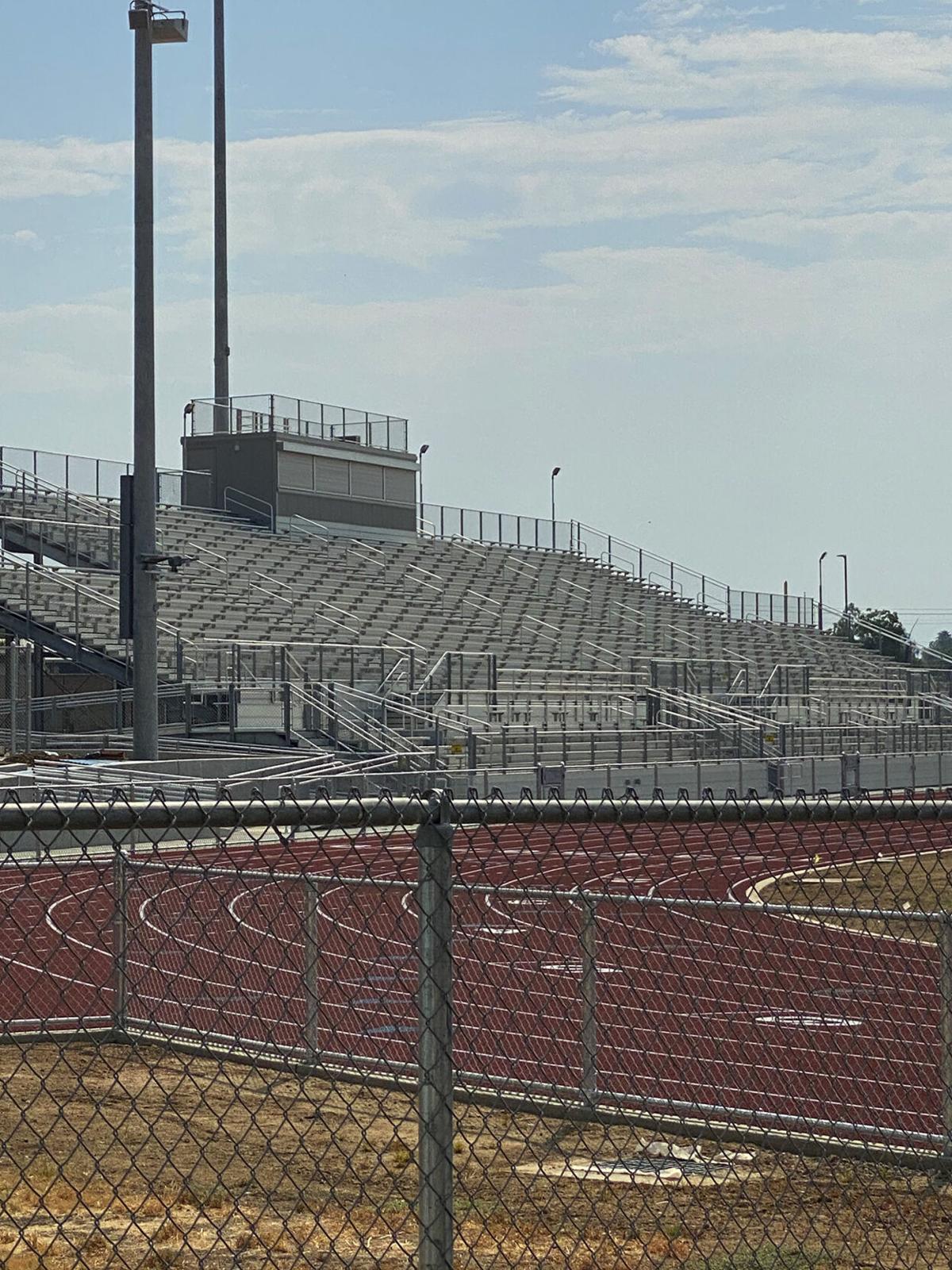 The new all-weather track is one of many renovations that are nearing completion at Foothill High's Ned Permenter Field. 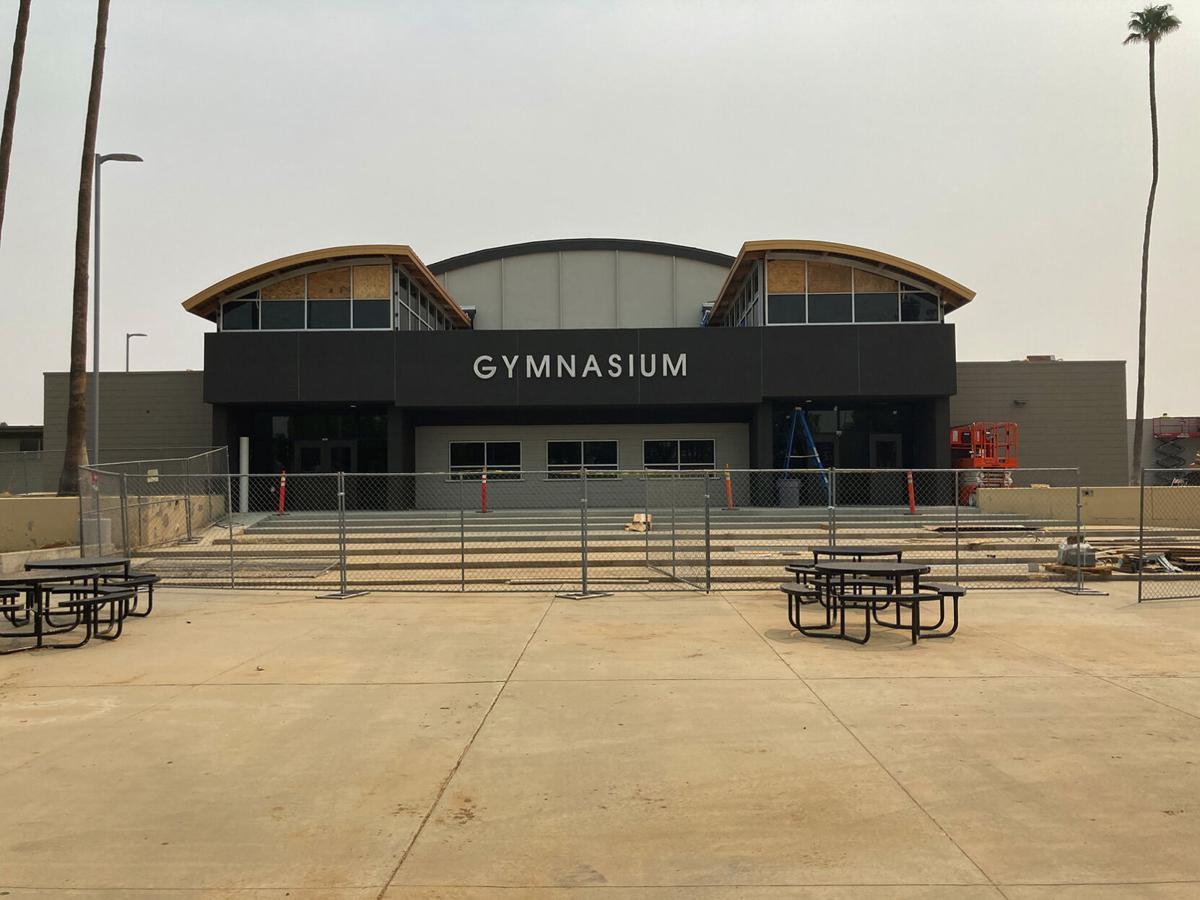 The revamped entrance to the Foothill High gymnasium.

The new all-weather track is one of many renovations that are nearing completion at Foothill High's Ned Permenter Field.

The revamped entrance to the Foothill High gymnasium.

A whole lot has changed since the last time Foothill High hosted a football game on its campus.

It was five games into head coach Brandon Deckard’s inaugural season at the school in 2018 and the Trojans had just lost its Homecoming game to Delano, 41-12, the sixth straight of what turned out to be an 11-game losing streak.

Renovations on the school started shortly thereafter, with Ned Permenter Field as the focal point.

Now nearly two years later — a time that featured several delays related to the COVID-19 pandemic — the stadium is nearing completion and should be ready in plenty of time for Foothill’s scheduled home football opener against California City on Jan. 22, 2021.

“We’re pretty excited about it,” said Deckard, whose team was forced to play its home games at Southeast Yosemite League rivals Mira Monte, East and North High last year. “Hopefully, we’ll get a chance to play on it in January. That would be awesome.”

Despite having to play “home” games on the road, the Trojans responded with their most wins since 2011, finished with a 5-7 record, including their first playoff victory in nine years.

Now Foothill can look to build on that momentum — assuming the coronavirus is under control — on a new, state-of-the-art facility that features a new pressbox, stands, scoreboard (with a jumbotron video board), a synthetic track and new sod.

“First of all, with everything happening right now, just getting to play again will just be so exciting, not only for the kids, but the coaching staff and everyone else,” Deckard said. “So we’re really hoping that the schedule stays and nothing else crazy happens and we can get back to normalcy a little bit.

“Just to get all the home fans all back out there to watch, we haven’t had that in a while. So hopefully everything stays true, but we couldn’t be more excited about what’s happening over there.”

While Deckard’s squad is scheduled to get the first crack at the new field, the Trojans soccer and track squad teams will also benefit from the upgrades.

"I’m excited,” said Ty Rose, Foothill's boys soccer coach the past eight years. “We’ve had a lot of great memories on that field. Obviously, last year was kind of a bummer, for my seniors especially to not be able to play on the field and have senior night. But the new field looks amazing and we’re just really excited for our campus and for kids to be able to have such a nice facility.”

Paul Conteras, the Trojans track and field and cross country coach, is looking forward to this season, as well, but also believes other schools on the east side of town will benefit.

"It’s a big change and we’re glad it’s here,” said Conteras, a 1988 Foothill graduate who competed on the “old” field. “Hopefully, all the schools out here can use it and we can bring in some good, big meets for the community.”

Contreras also says the new track will enable all the three main leagues in Bakersfield to host league meets in one day, creating more opportunities for area schools to practice.

“Now, with three tracks in town we can actually accommodate more of the schools the way we do mini meets,” Contreras said. "So that’s going to be a big thing, too. Hopefully, we can use this field for the SEYL meets and we can use the other two tracks for the SWYL and SYL. So then we’re not doing everything in one or two days. That gives the schools a lot more time to practice and to arrange their schedules."

He also hopes that the new nine-lane track will be considered as a venue for future Central Section championships. The CIF requires at least that large of a track to host those meets. Conteras added that the synthetic surface should cut down on injuries and provide a venue for other east side schools to practice for larger meets on an all-weather track.

"The track is finished, the stadium is done and we’re just waiting for the sod to come in,” said Foothill athletic director Mike Biezad, who expects the facility to be completed by the end of October. “Everything is really nice. We just can’t wait to play.”

Ironically, using the facility wouldn’t have been an option had the fall sports season started on schedule. All games was were moved to the winter and spring. With the construction delays caused by the coronavirus, the new sod would not have been ready in time.

“If we would be in normal times right now, we’d be playing Cal City at Mira Monte again this week,” Deckard said. “So with COVID putting the time frame back, if everything works like everyone is hoping, we’ll actually get all of our home games at Foothill. That would be great because if you think back, we haven’t had a home game at Foothill in two years now. So it’s been a while.”

In addition to the revamped football stadium, the entire Foothill campus has received a facelift. Although less dramatic, the Trojans gymnasium will now feature a lobby, adjacent to a snack bar, with new student bathrooms located on the south side of the building.

“If you look at the silver lining of not being able to be in school on campus right now, when we do get back we will have all of our home games on campus,” Biezad said. “The situation being what it is, you have to try to find the positive in everything. So that’s it. We won’t have to go to the soccer park to play soccer anymore, our gym should be done completely, so volleyball and basketball will get to play on campus, as well. Now we’re just really, really anxious for the seasons to get here.”

Is the giant statue of the Trojan Warrior still there or is that gone too? Oh, the fun we had tossing paint and toilet paper on that thing when a rival team showed up!