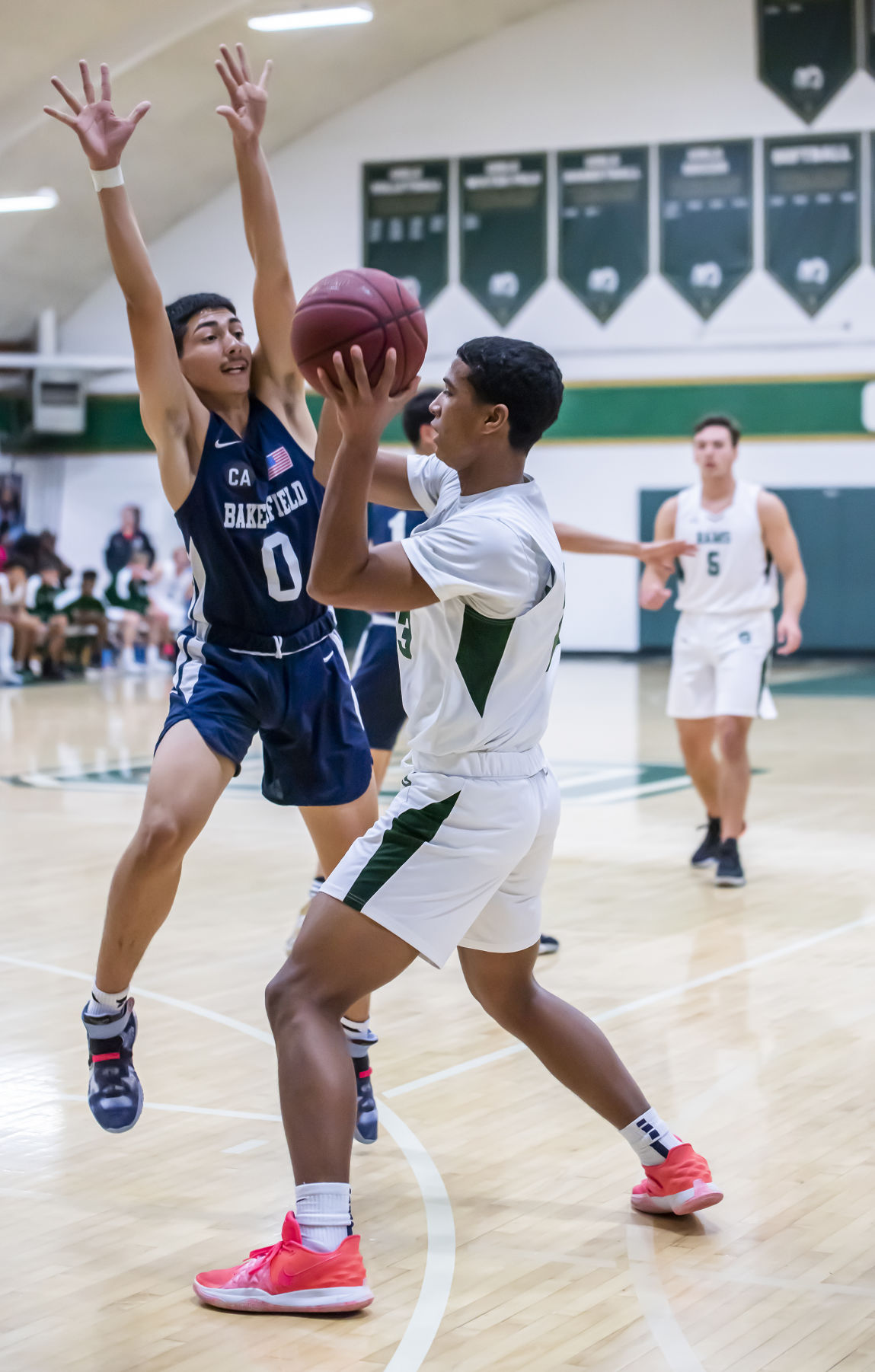 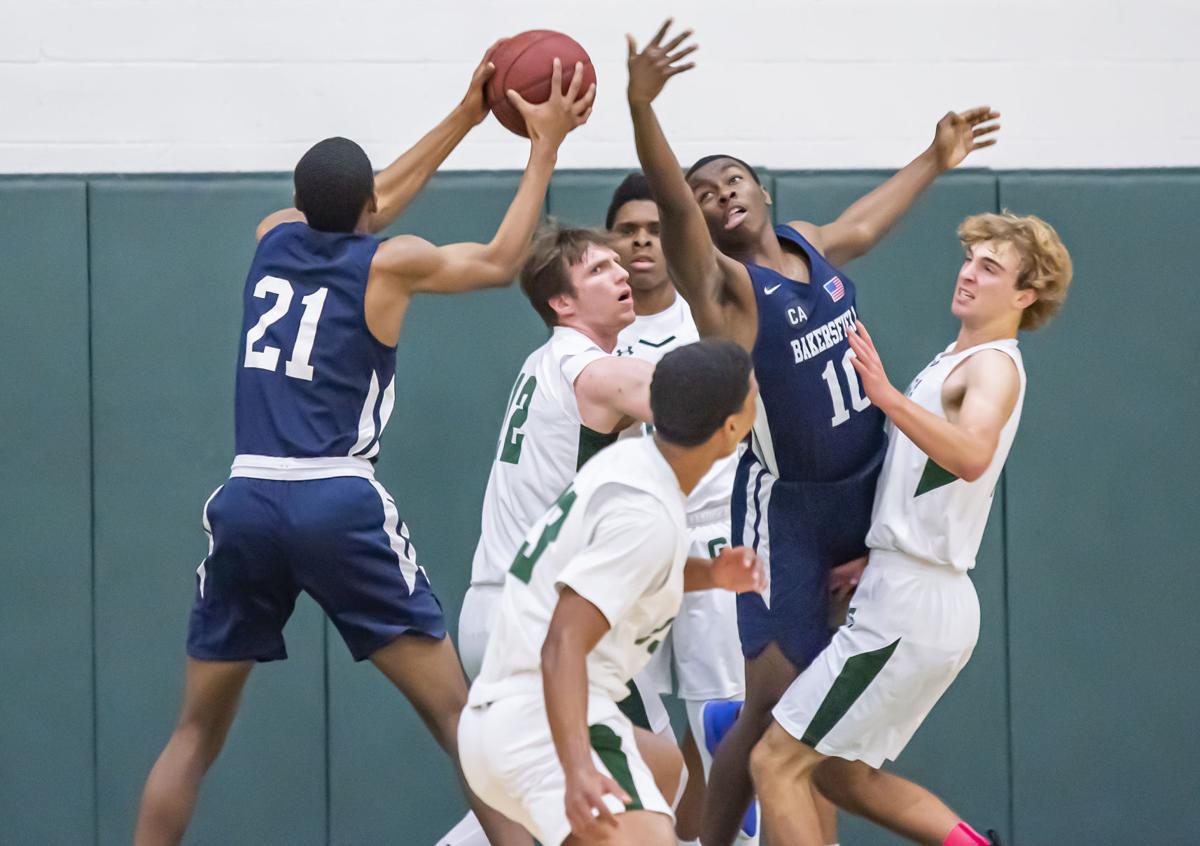 Ian Nichols (21) and Jayden Dock (10) from BHS fight for the ball under the net against Garces. 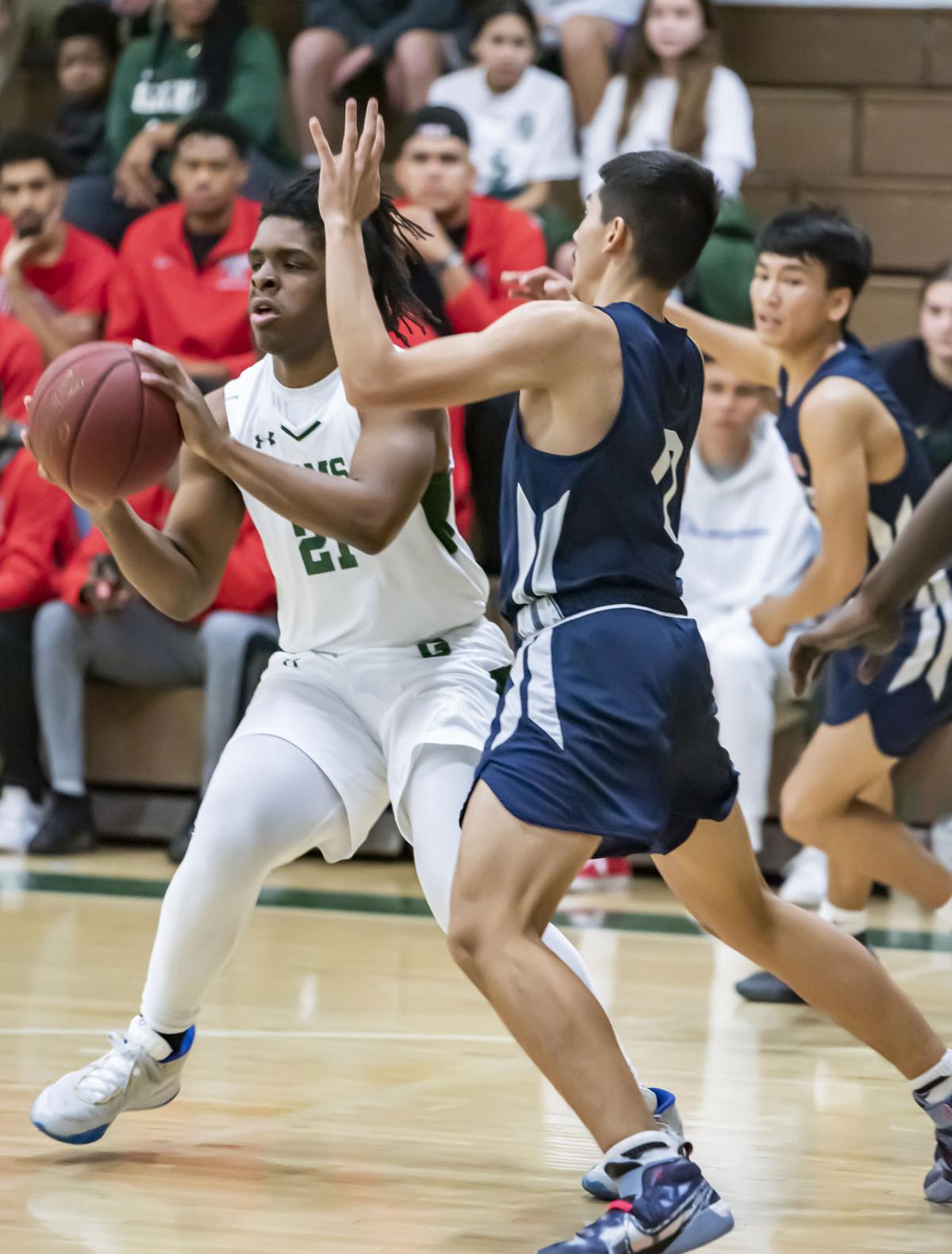 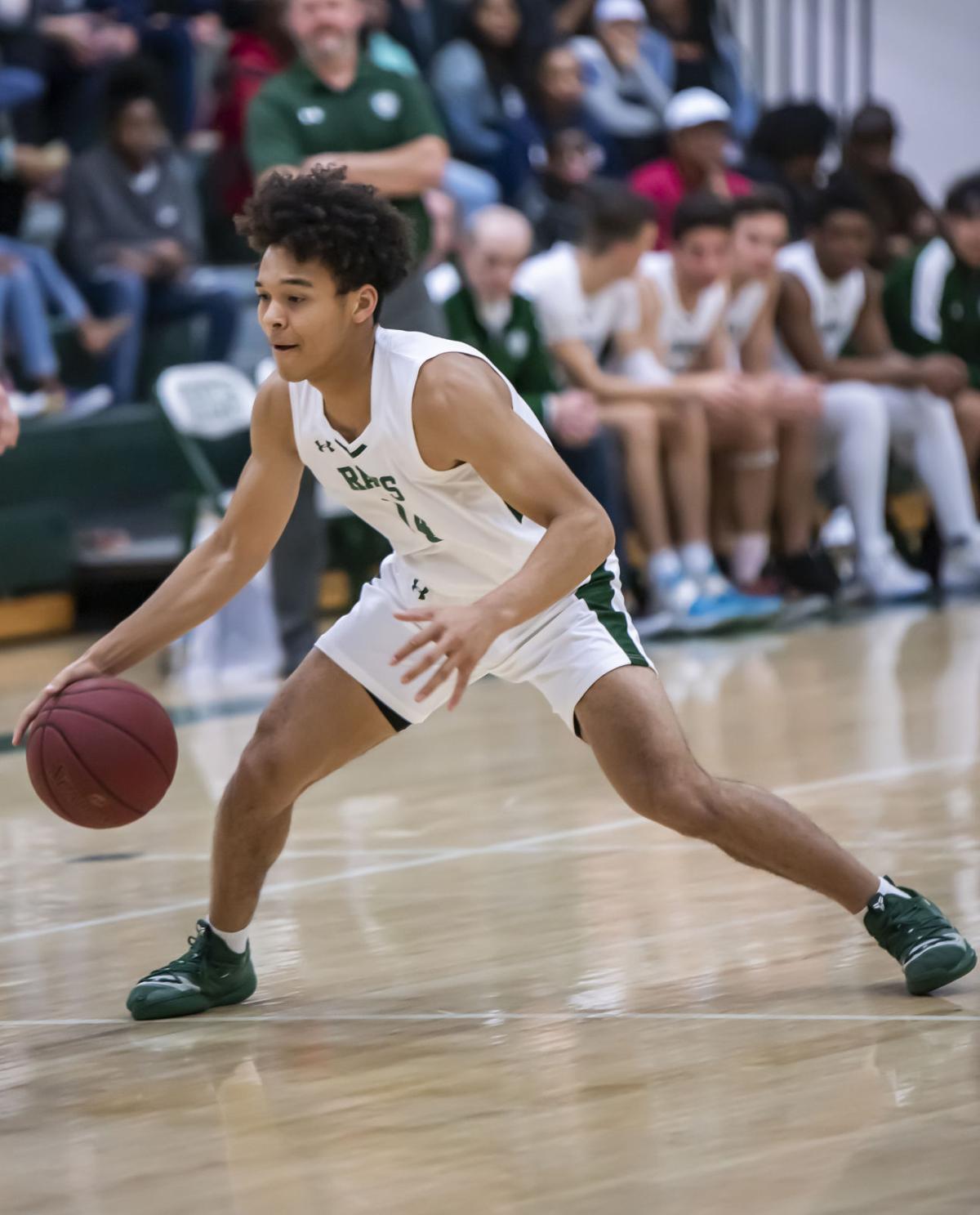 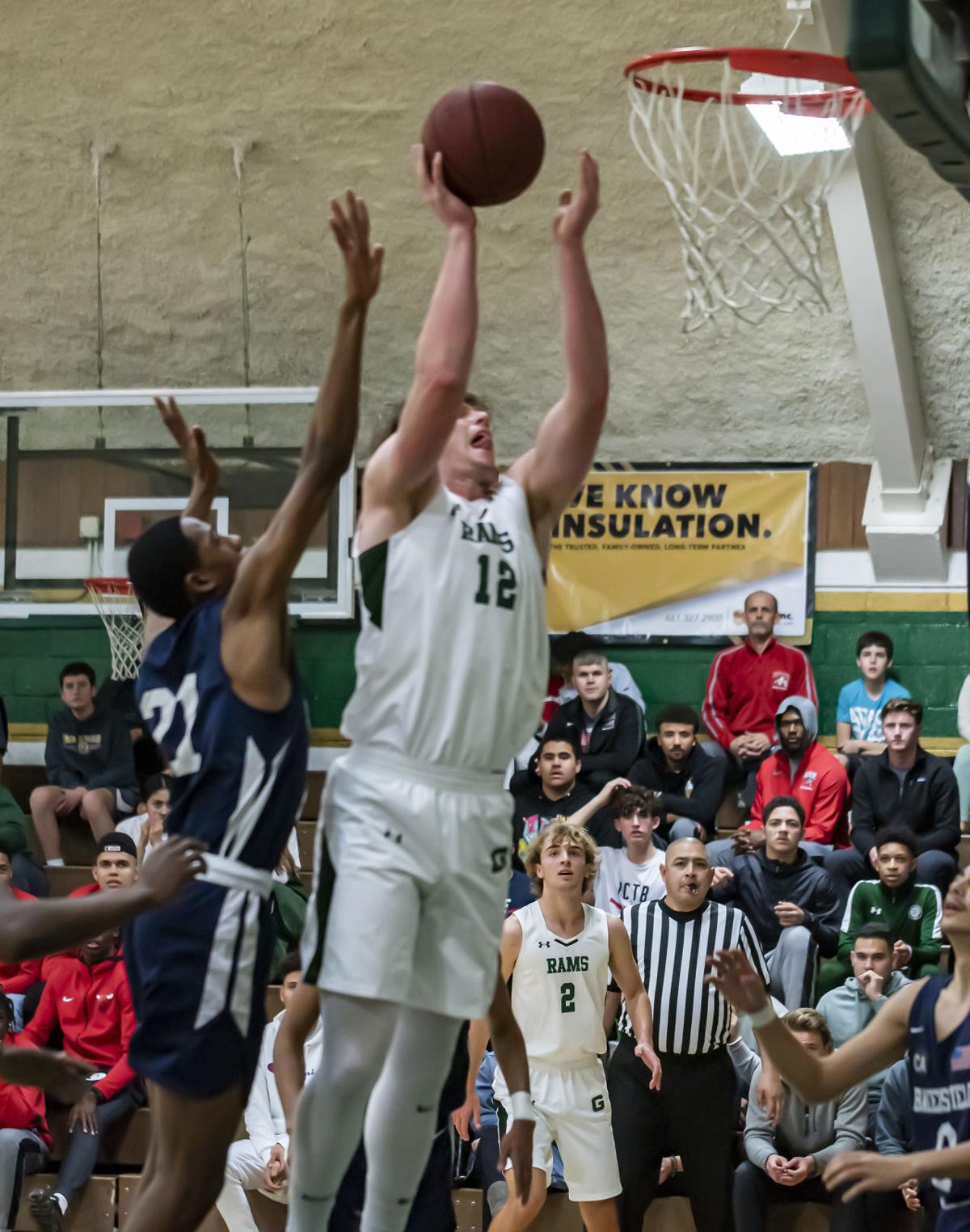 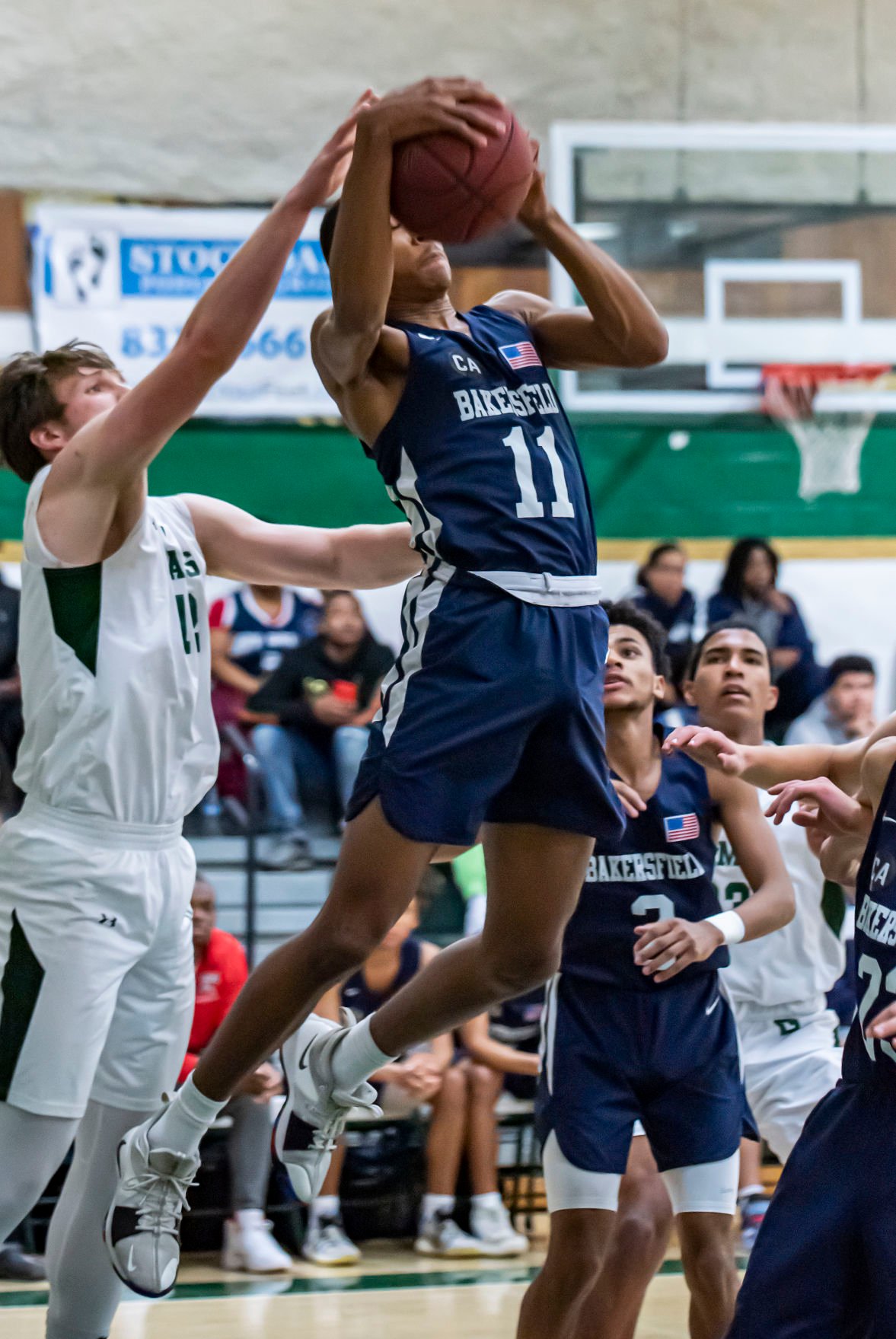 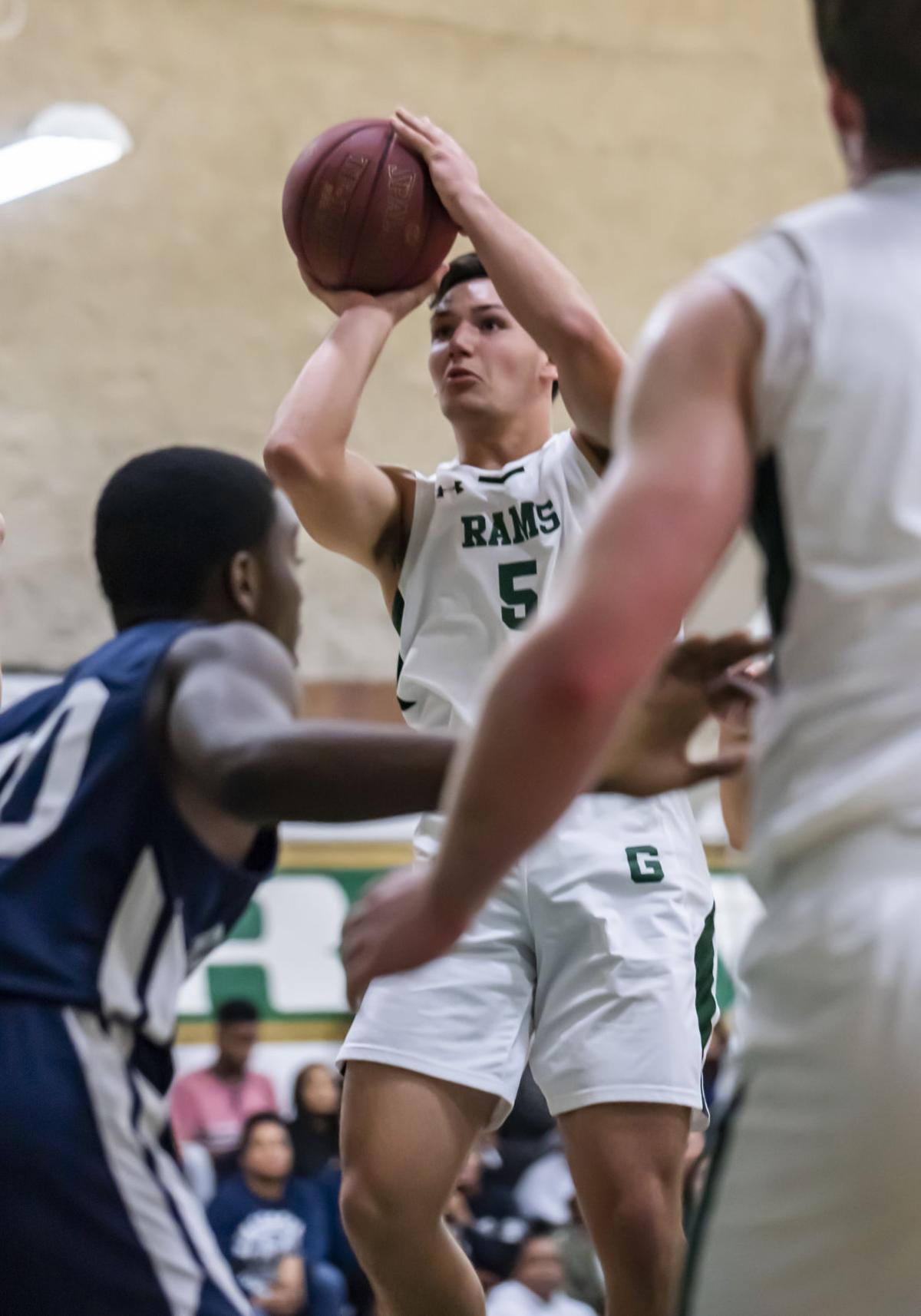 Ian Nichols (21) and Jayden Dock (10) from BHS fight for the ball under the net against Garces.

With both teams playing shorthanded for key stretches, Garces and Bakersfield High desperately needed someone to step up in Friday’s Southwest Yosemite League boys basketball game.

Several players obliged, but none more than Josh Geary.

The Drillers senior guard scored a career-high 28 points, including 12 in the fourth quarter, to help BHS hold off a frantic second-half comeback attempt by the Rams in a 59-56 victory at Garces.

“I’m really competitive and I like to win so when it comes to moments like that, I have to be the senior I am and I have to step up,” Geary said. “And tonight that’s what I did.”

It was the 17th straight SWYL victory for Bakersfield (11-5, 2-0), which is looking for its fourth straight league title. The Drillers have won 11 straight against the Rams (10-5, 1-1), whose last win over BHS came a little more than six years ago in overtime.

“He’s a leader,” said Bakersfield coach Greg Burt of Geary. “All the guys were listening to him before the game telling them we have to step up and play. I know we’re missing some guys, but we can’t make excuses. And that’s what he did.”

Already playing without starting guard Ryan McGee, who was out sick, Bakersfield and Garces suffered another blow when last year’s league MVP David Whatley and standout Rams guard Ibreye Egbe were hit with a double technical. The call forced both players to the bench for an extended period of time just four minutes into the game.

Cue Geary, a returning first-team all-league guard, and fellow senior guard David Revecho. The two combined for 27 points in the first half, including three 3-pointers to help the Drillers to 37-25 lead. Revecho finished with 15.

“When that situation happened with Whatley, I know I was kind of down about it, but I know I’m a senior and I have to keep my team going,” Geary said. “I didn’t let it affect me. I had to keep going, keep putting my teammates in a position to do what they do and I had to keep scoring the ball even with Whatley out.”

Things went from bad to worse for the Rams when Egbe fouled out after receiving two quick fouls in the third quarter and teammate Joseph Campbell was hit with a personal foul and a technical moments later, forcing his departure, as well, with five fouls.

But rather than wilting, the Rams rallied. Energized by a zone defense that forced several turnovers, Garces scored the next 14 points, cutting Bakersfield’s lead to 45-41 on a pair of free throws by Dom D’Amato with 1:21 left in the quarter.

“I think I kept us in the press a little bit too long in the first half, but we didn’t want to show the zone in the first half,” said Garces coach Brian Dignan of his hybrid 1-3-1, 2-3 defense. “But our zone was great against them. I mean they execute well against most zones, but we matched up and made good reads.

“We really tried to take away Josh at the top as a shooter, and we’re always trying to take away the high post … we just tried to play a basic offense, a lot like BHS does, and just let the guys make plays and make reads. We focus on the same fundamentals over and over through the year and we try to fall back and trust those. They showed (tonight) that those fundamentals work, that we can trust them and they can create offense from it. Just basic basketball.”

Garces continued to keep up the pressure, even as Geary continued to score at will. Each time the Rams pulled close, Geary had an answer.

Geary hit a floater in the lane with 6:19 to play to push the Bakersfield lead to six points, and followed that up with two free throws, a 3-pointer and a three-point play, the final of which gave the Drillers a 59-52 lead with 30.9 seconds left.

“He’s a competitor,” Burt said. “He wants to win and he plays like that and practices like that, so we’re lucky to have him.”

But senior Jack Hatten, who finished with a team-high 19 points scored inside on a nice pass by D’Amato, and after forcing a turnover, JJ Uphold powered in a basket to cut the lead to three points with four seconds left. Uphold finished with 17 points.

“There was a lot of misfortunes tonight, but that’s the best we’ve played BHS (since I’ve been here) for sure,” Hatten said. “They’re the most high-tempo team we’ve played. They’re definitely the best team in town. And for us to come out and play like that … I can’t hang my head because I think they’re a great team and I think we came out strong against them.”

Out of timeouts, the Rams couldn’t stop the clock, and Geary dribbled out the final seconds to secure the victory.

“Kind of the same thing happened in the Stockdale game,” said Burt of the Drillers’ 68-58 victory over the Mustangs in Wednesday’s SWYL opener. “I think we went up by 18 in the third and then slowly let them crawl back into it. We have to do a better job of closing games out, no question.

“It’s early and we have to try to get better everyday,” Burt said. “We had a lot of mistakes that we have to clear up that happened tonight and happened on Wednesday. Practice yesterday was a tough one and we’re going to keep battling until we get better.”

Bakersfield High continued its local dominance at Garces, cruising to a 58-16 victory.

The two-time defending Central Section champions shook off a slow start, scoring the final 12 points of the first quarter before outscoring the Rams 20-0 in the second to build a 42-7 halftime lead.

Sophomore Erica Hayden and senior teammates Taylor Linzie and Ray Vaughn had eight points apiece to lead a balanced scoring attack for the Drillers (14-2, 2-0), who had 12 different players score.

The Rams (1-10, 0-2), who start two freshman, managed to stay close for most of the first quarter, pulling to within 10-7 on a 3-pointer by junior point guard Addisyn McMurtrey with 2:55 left in the first quarter.

But Bakersfield turned up the pressure, scoring the next 40 points, building a 50-7 lead on a steal and basket by Vaughn with 2:50 left in the third quarter.

McMurtrey, who finished with a team-high eight points, ended the drought when she scored on a baseline drive 20 seconds later.

But back-to-back steals by Hayden led to two easy baskets to close out the quarter, giving BHS its biggest lead of the game at 55-9. The fourth quarter was played with a running clock.